Next weekend on The Price Is Right-ight-ight

So here's the stuff going on my humor blog this past week: 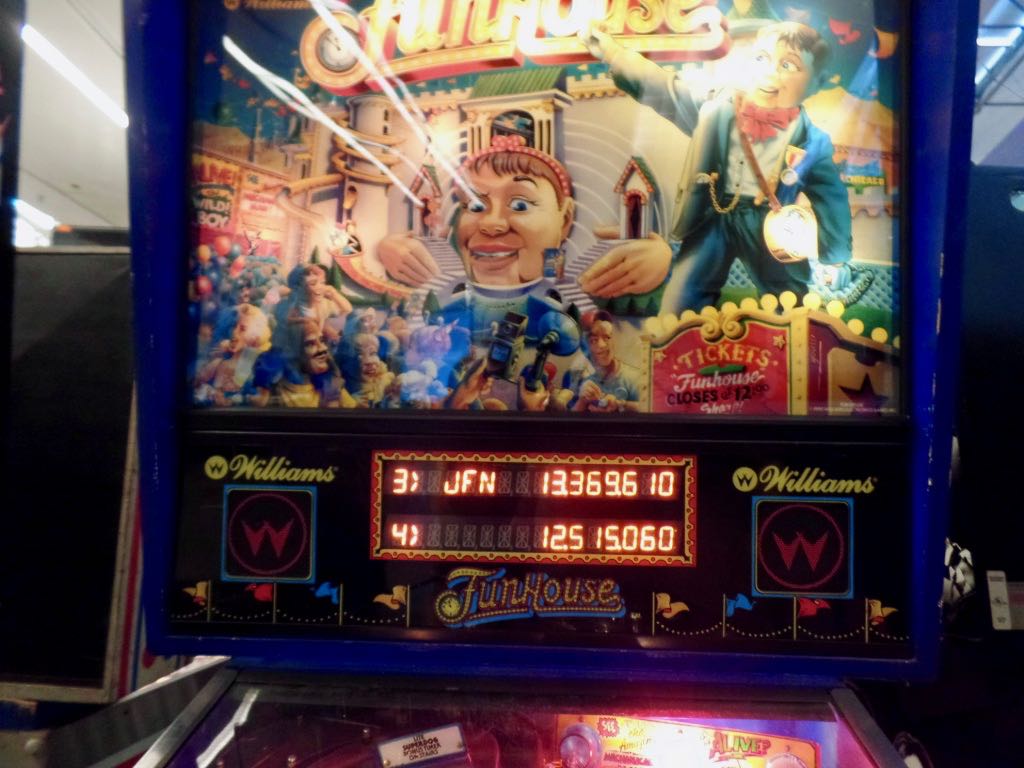 OK yes so technically speaking this happened but, you know, 12.5 million is not a very high score and anybody should have been able to get on there sometime during the weekend and I am not always upstaging 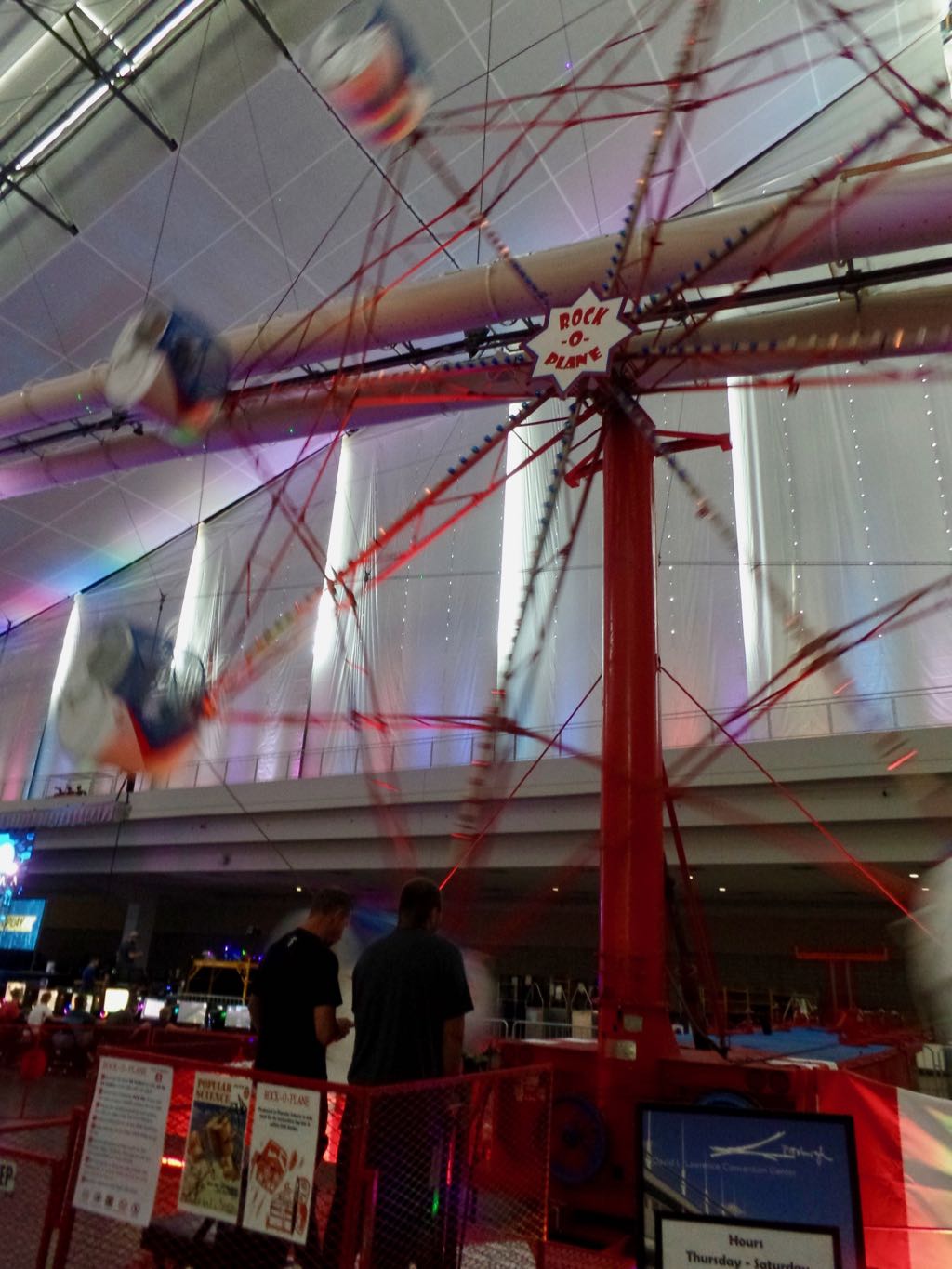 So, the Rock-O-Plane. The amusement park ride was there, for free, all weekend and we finally decided to take a ride. The Rock-O-Plane was once a common fairground thing but the company making it has been out of business a long while and these things only last so long, which is why we decided to not pass up the chance. After all, who'd know if it would be at Pinburgh 2020? 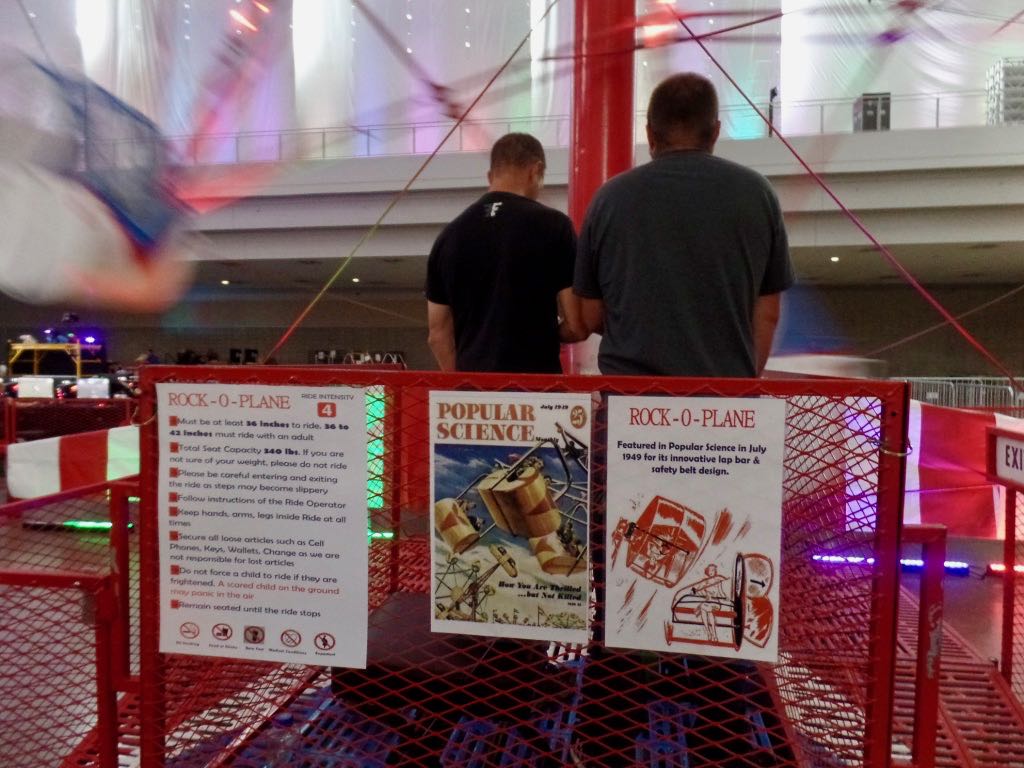 The station had this replica of a Popular Science cover (July 1949) that explained how amusement rides are designed. The thrill of the Rock-O-Plane is that it moved like a Ferris wheel, but ... you the rider could pull a lever that would lock your car's angle relative to the wheel's arms. So that, as the wheel goes around, your car eventually tips upside-down, and straightens out again. And you can lock it to any angle you like, so you could, if you're up to that, go upside-down through the bottom of the ride cycle. 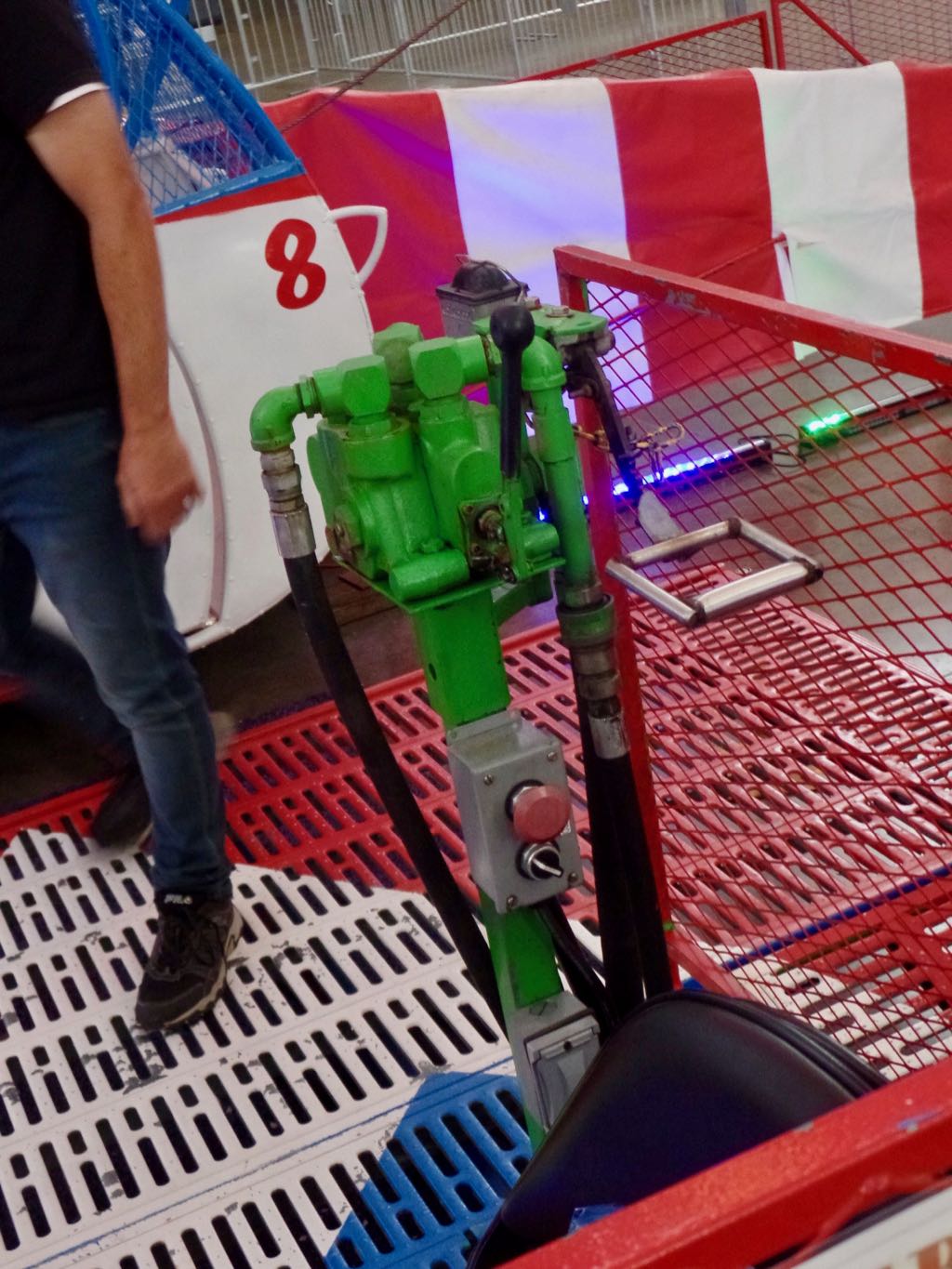 Control lever for the Rock-O-Plane. 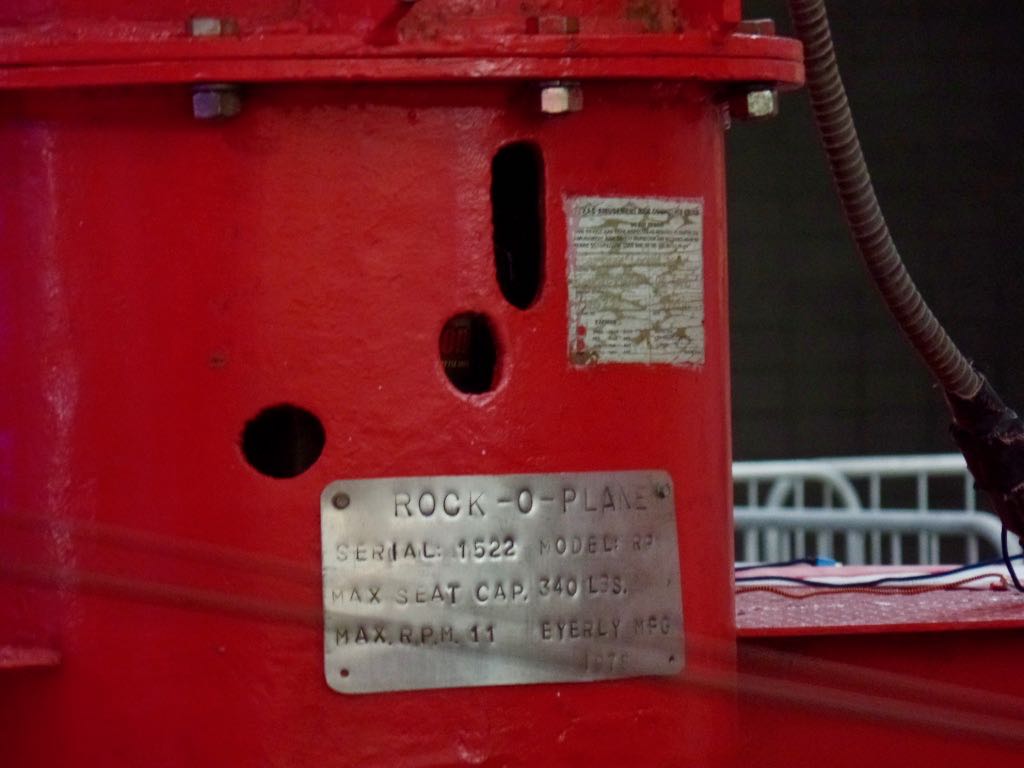 Manufacturing label for the Rock-O-Plane, another -O- ride from the Eyerly Aircraft company. 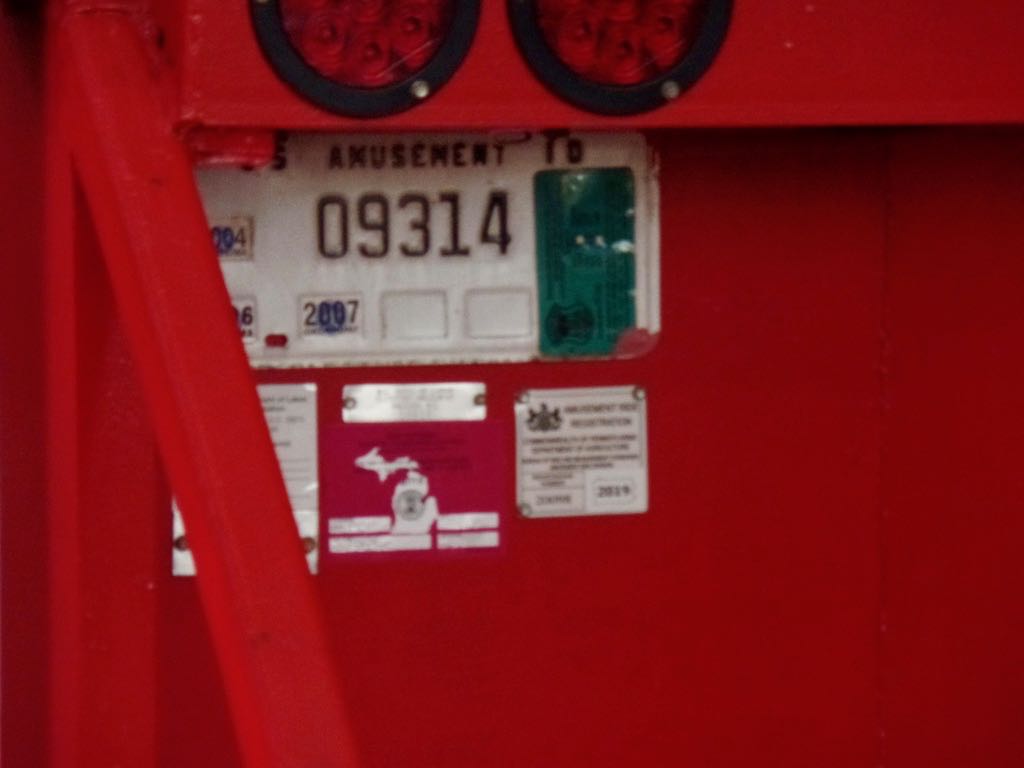 Plates and Michigan inspection sticker and other stuff for the Rock-O-Plane. I took no pictures while on my ride, I'm sorry to report, because the safety signs said to not and I accidentally locked my camera underneath the restraining bar so I couldn't get at it anyway. (I do feel like Ferris wheels are the rare ride where it's not risky to take an on-ride photo, and this --- if the car's left to rotate freely ---- is essentially a Ferris wheel.) 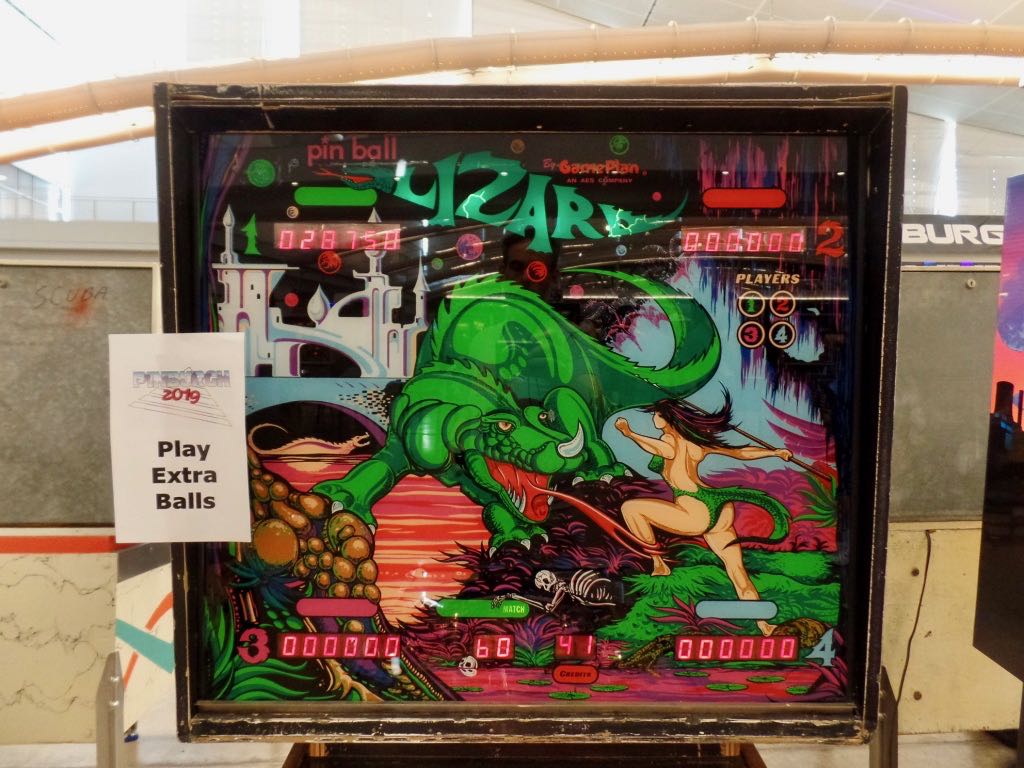 GamePlan's 1980 game Pinball Lizard. So, do you suppose that dragon tail is part of her body or her bikini? 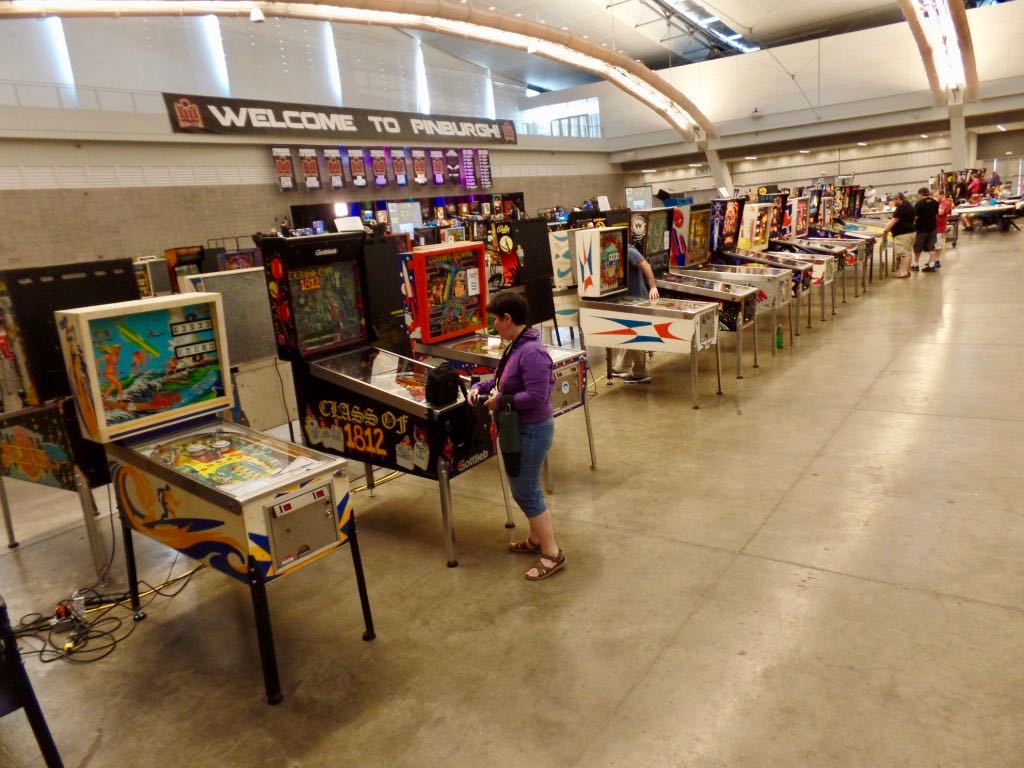 The end. We closed out Pinburgh on Class Of 1812, of course, and they turned the games off on us. 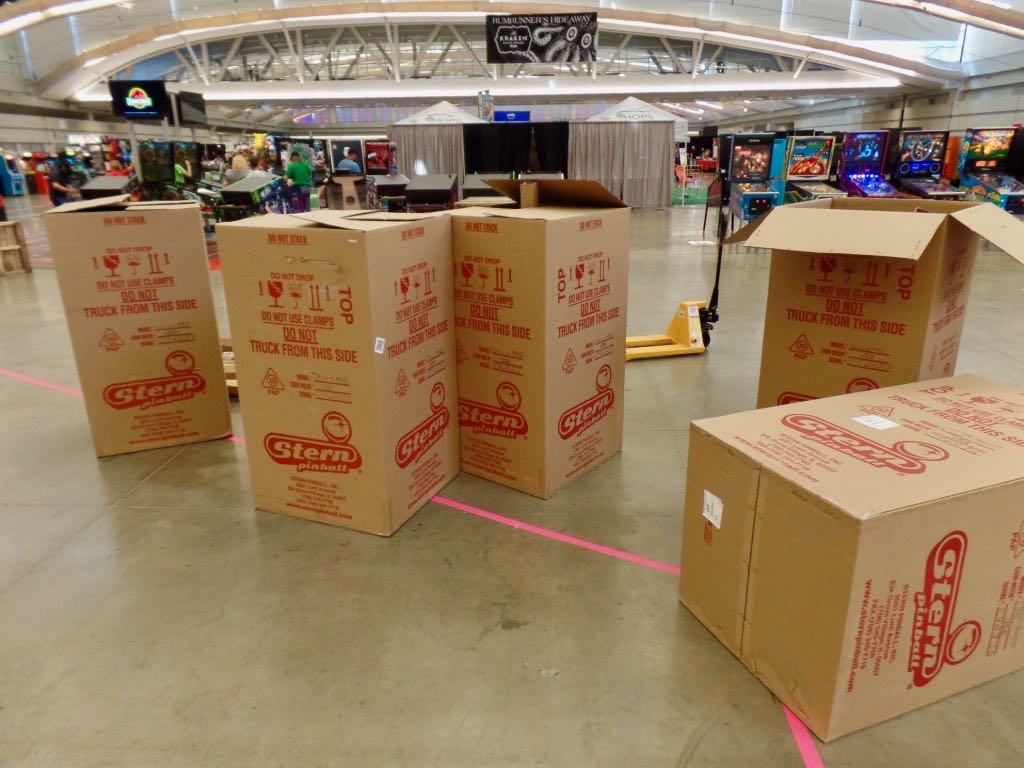 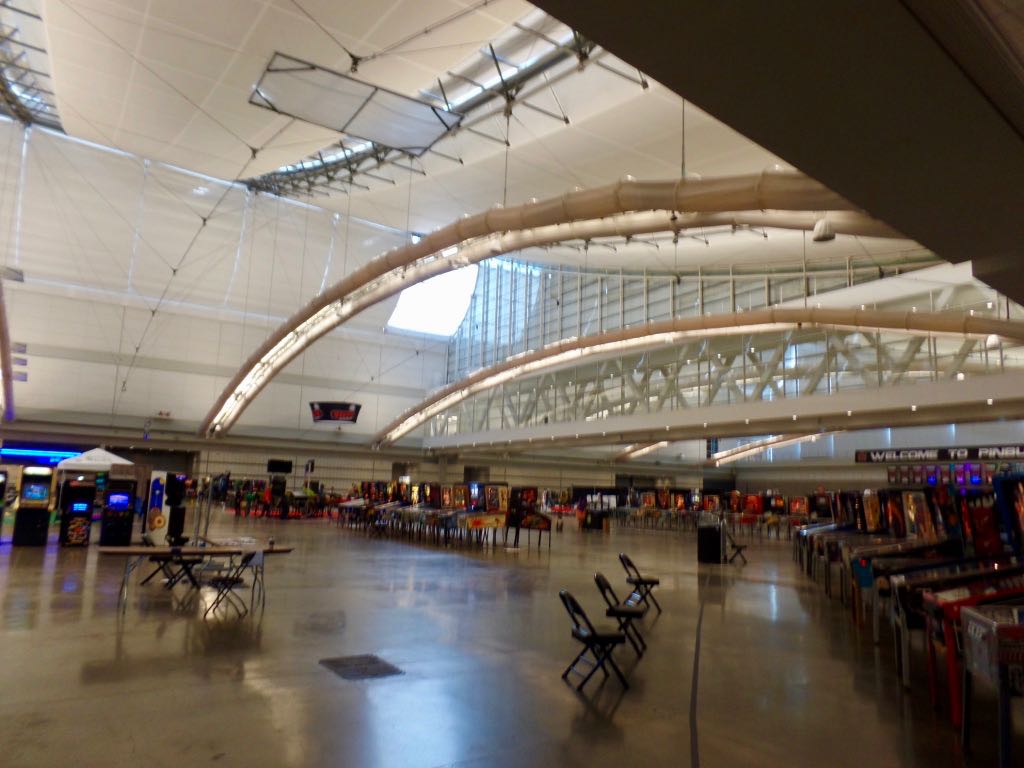 A last look at the pinball tournament areas, with the rightmost row the games used for Intergalactic Pinball qualification. It was a shame that it was over, but we had this comfort: since Pinburgh 2020 moved to the week after Anthrocon, we had only fifty weeks to wait for the next tournament, the shortest wait we'd ever have. [Whimper.]

Trivia: One of first two lecture/spectacle shows Fred Thompson put on at the newly-built Hippodrome was A Yankee Circus On Mars, a sort of stage production of the Trip To The Moon amusement-park scenic ride. Mars included, in background, two 50-foot-tall gilded dragons serving as arch for the performers. Source: The Kid of Coney Island: Fred Thompson and the Rise of American Amusements, Woody Register.