My dad's youngest sister, the one in New Jersey and formerly estranged, fell out of her bed in the nursing home and broke her hip. There's surgery planned for tomorrow. Apparently the break was clean, but she's had bad reactions to anaesthesia before, which will complicate things.

I don't know if the neighborhood is more decorated for Halloween than it was in previous years. I just didn't walk so much, or over so many places, in previous years. But there are a lot of houses decorated, some pretty elaborately. There's even one house that's making ``Spooky Signs'' --- lawn signs showing stuff like Pac-Man ghosts or whatnot --- and encouraging people to take them. The sign authorizing this says at least 40 ``Spooky Signs'' have escaped into the neighborhood and challenges you to find them all. It's great seeing. Makes all these people I don't know seem more cozy.

Certainly better than the night before when I noticed there were, like, a half-dozen ovens set out on extensions or in driveways or stuff along my walking route. I have no idea what that's all about.

Pfaugh. Well, ReplayFX 2019 was over and there was just the long wait to Pinburgh/ReplayFX 2020 to wait for. What could possibly console ourselves? The answer follows ... 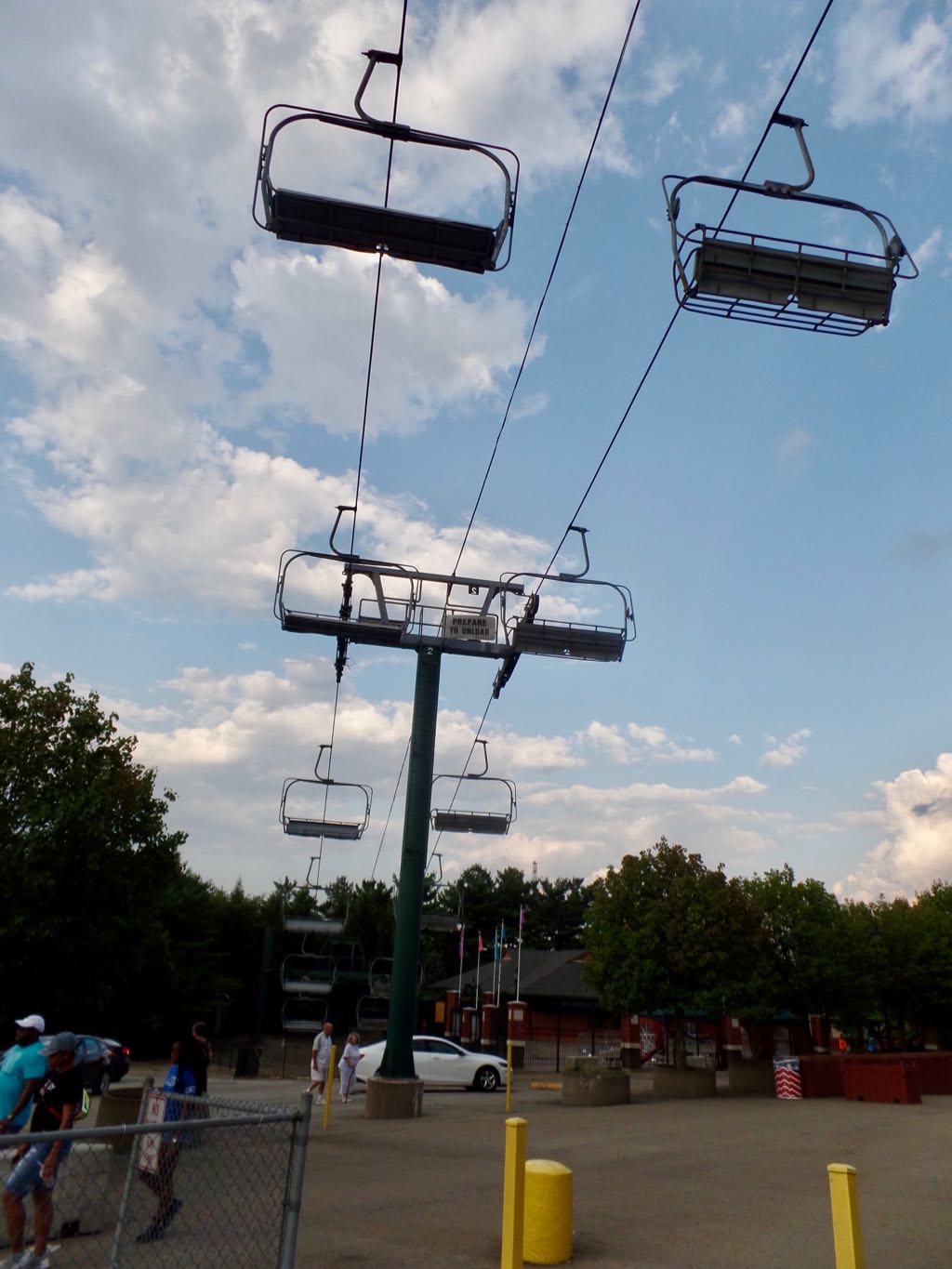 What's this? A sky-chair lift that isn't running? What can this possibly signify? 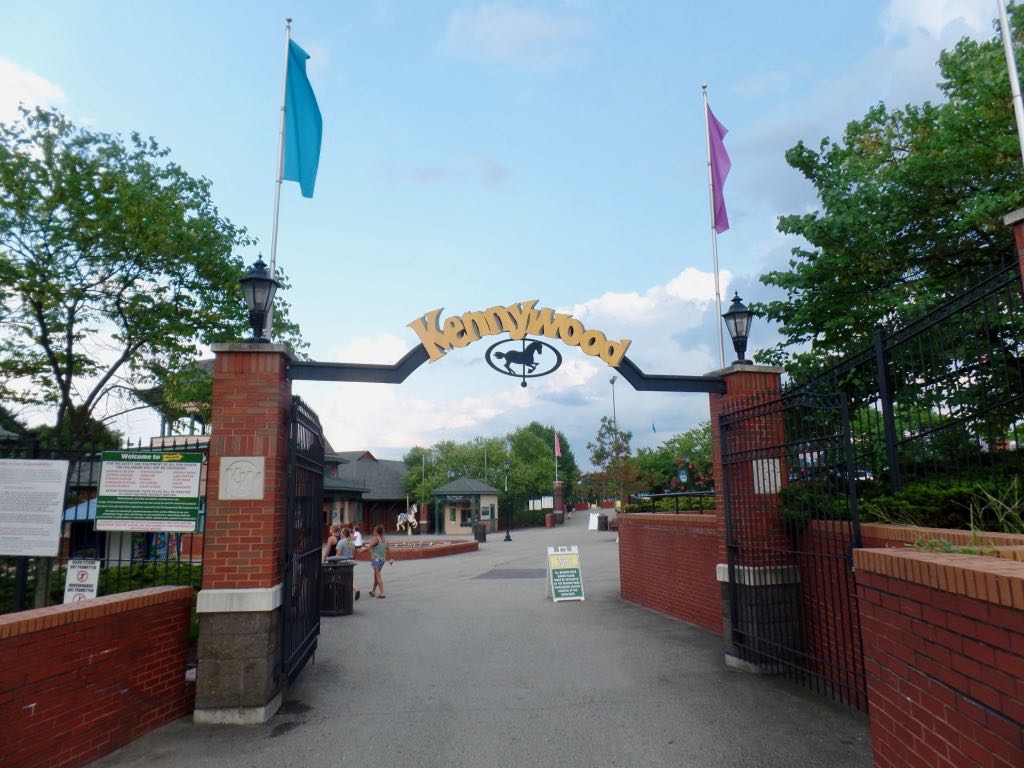 That's right: we're at Kennywood! We once again went in for a Starlite admission, taking in just a couple hours of park time after the disappointment of Pinburgh ending. Also so we could get home on Monday rather than take another day on the road. 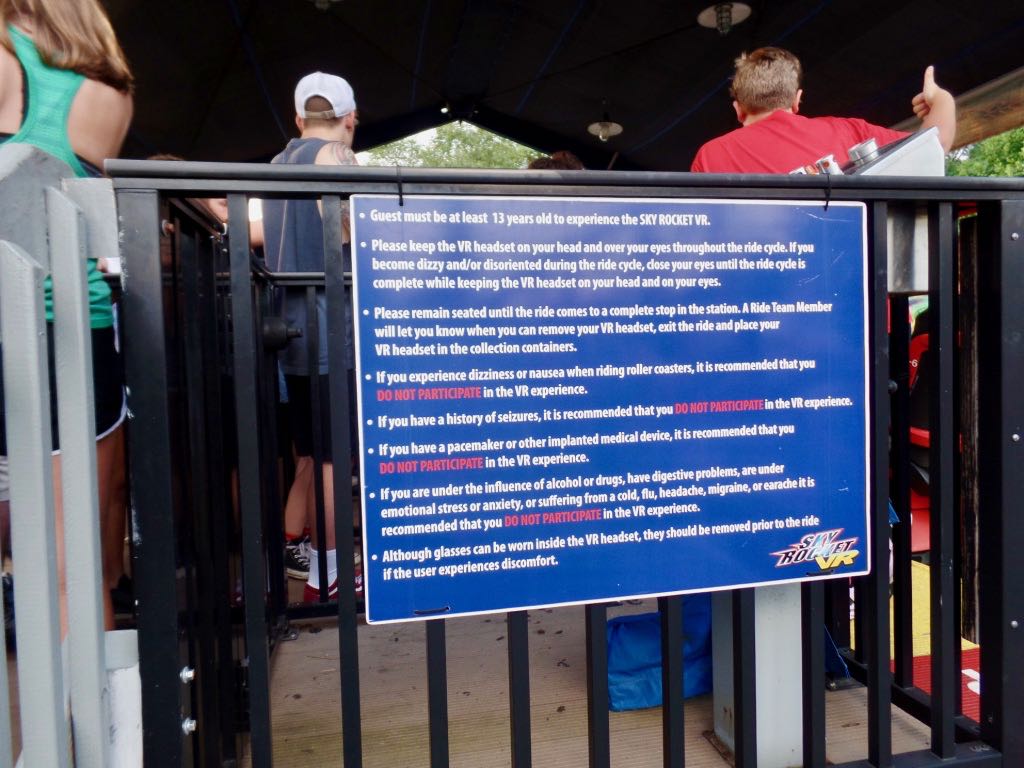 We saw the Sky Rocket was running! It had spent much of 2018 out of service so we leapt at the chance to ride it; who could guess when we'd get the chance again? And, we saw this sign, reflecting the ride's short tenure as a Virtual Reality ride, something parks do to turn a less-popular ride into a more-popular ride with achingly slow ride cycles as it takes forever to load passengers anymore. 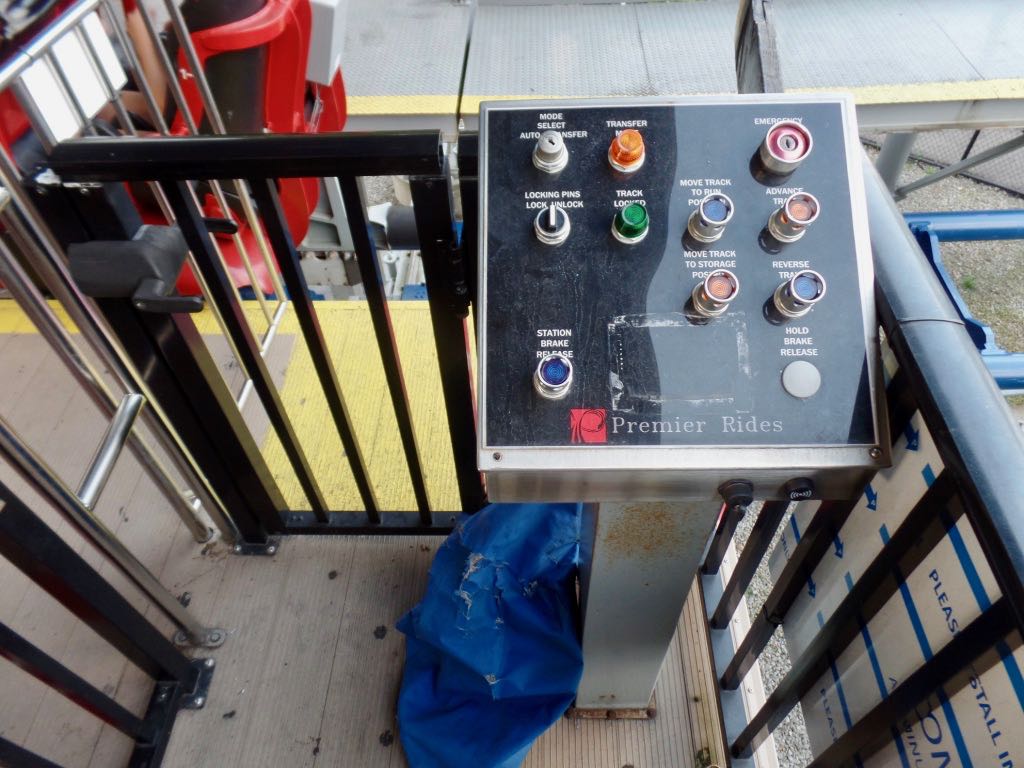 Control panel for Sky Rocket, which is surprisingly simple considering it is a Linear Synchronous Motor launch, not one of those low-tech chain lifts. 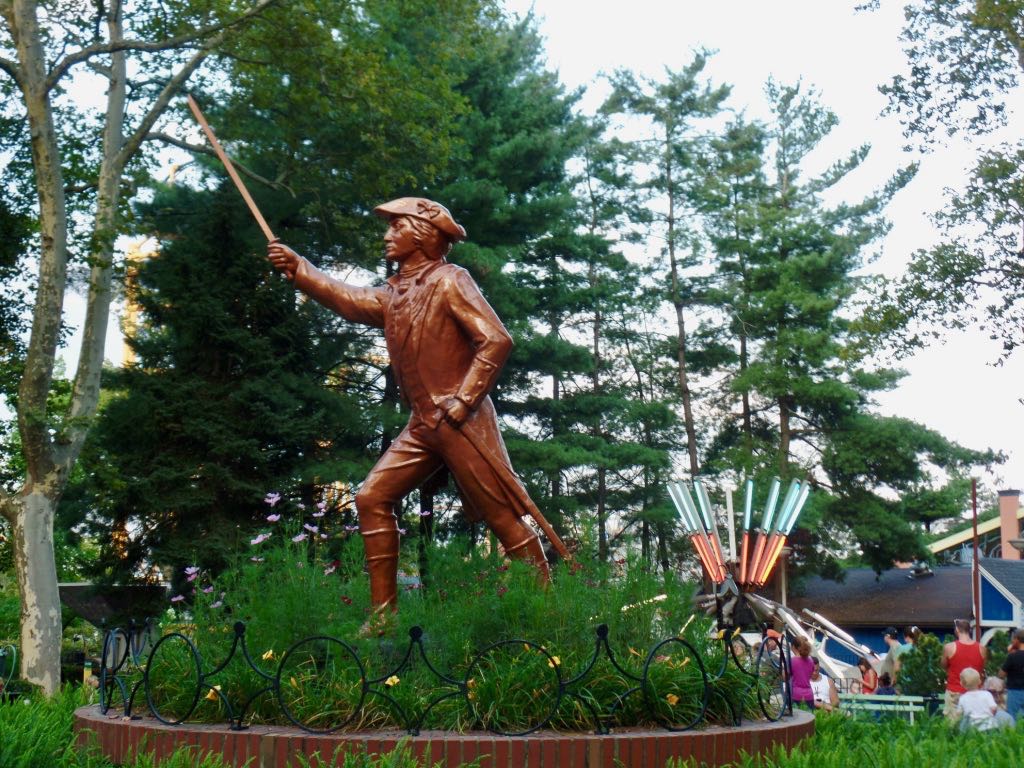 The statue of George Washington, representing his role in the Battle of the Monongahela. Kennywood is built on some of the vicinity of the park. 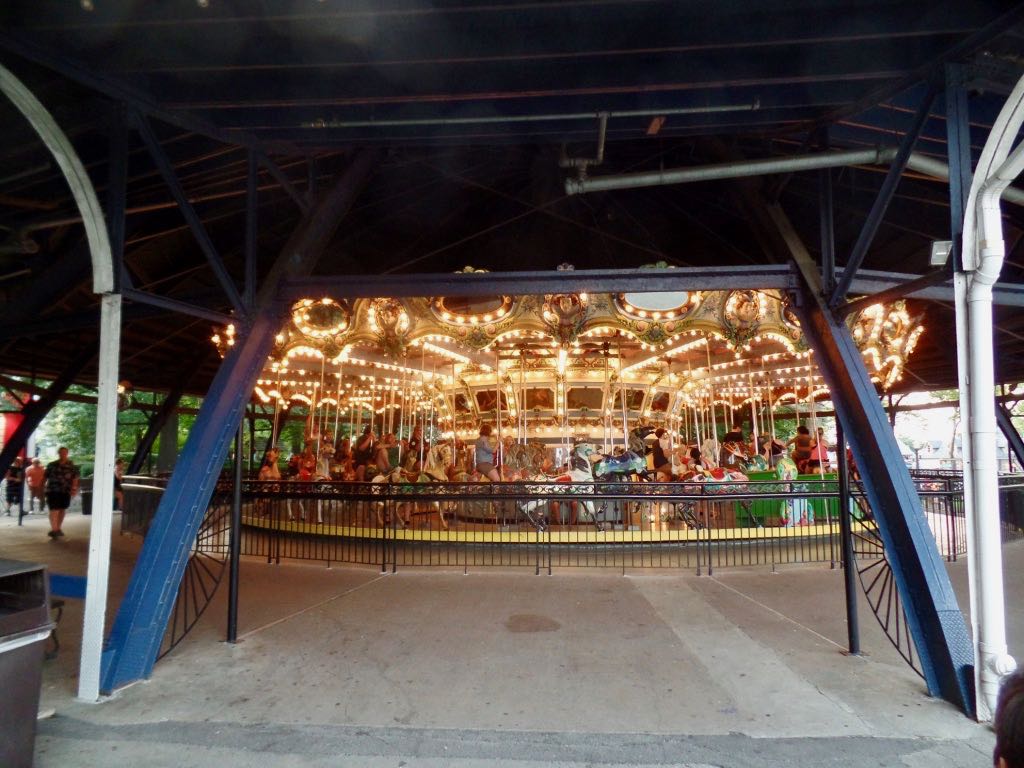 A view of Kennywood's antique Merry-Go-Round, originally commissioned for the Philadelphia Sesquicentennial Exposition of 1926 and, according to Wikipedia, the last carousel built by William Dentzel. 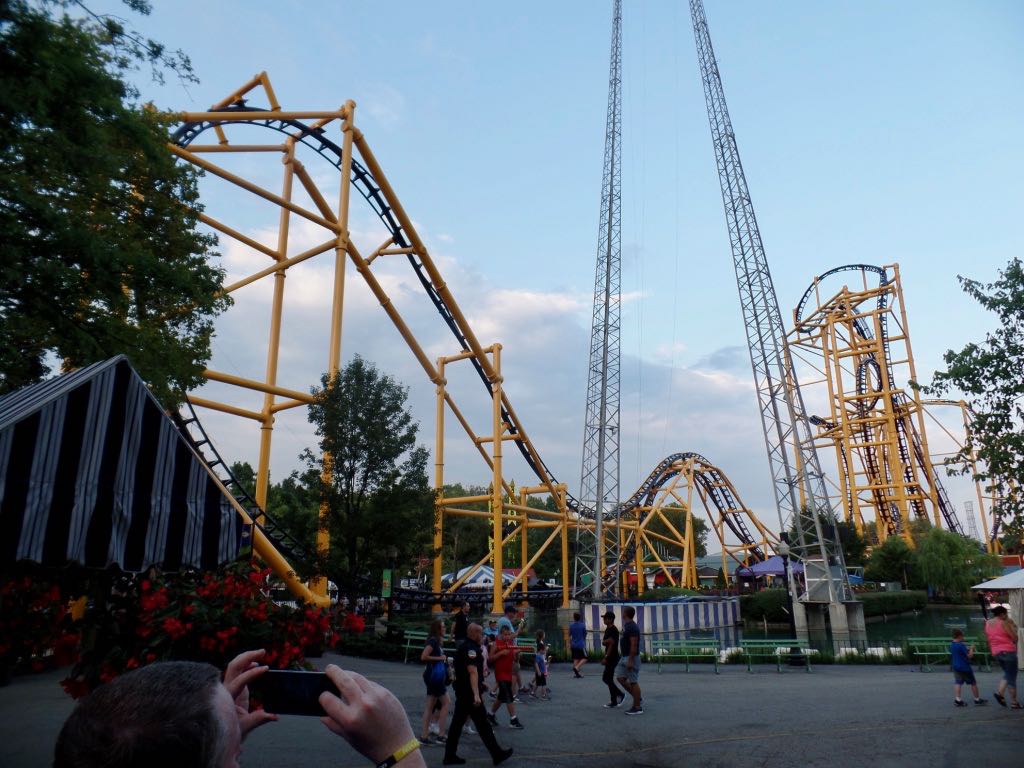 Kennywood's newest roller coaster, Steel Curtain, part of their new Steelers-themed section of the park. MWS was ready to make this his 100th coaster. It was not running the day we visited, or for a while after. (Many roller coasters have shaky operations their first season.) 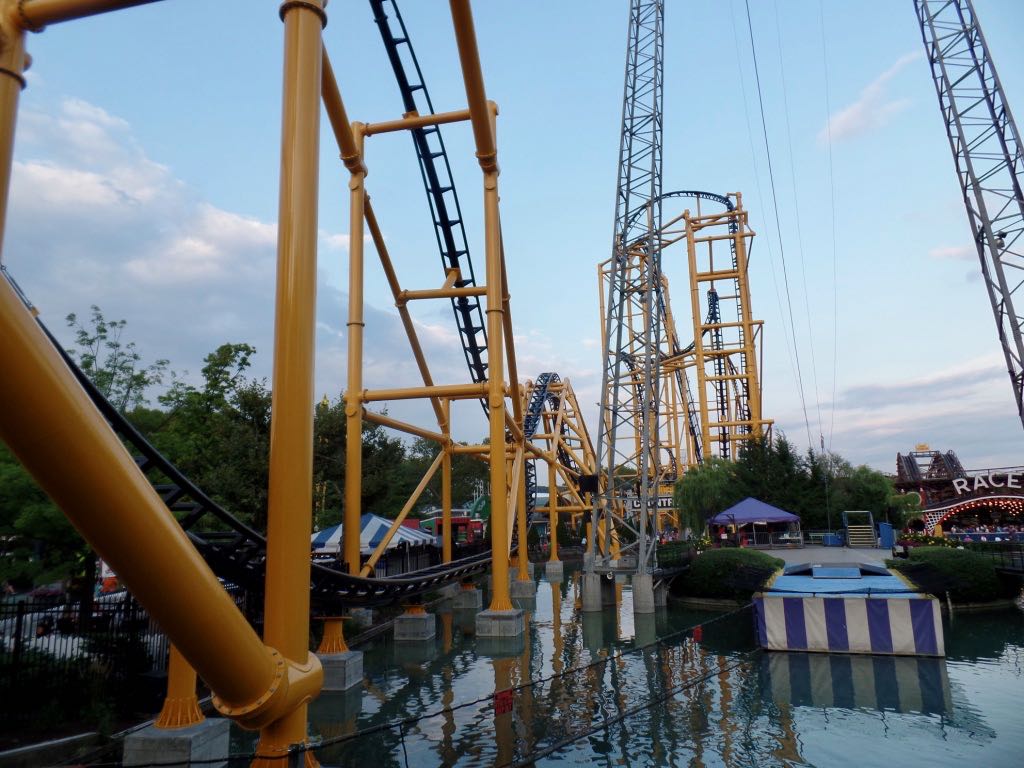 Steel Curtain sweeps over the central lagoon, and radically changes the skyline of the park. I'm not sure how I feel about it, although mostly because it seems almost from another universe from the rest of the park, which looks like it was assembled in 1928 and then hit with a Quirky Stick. 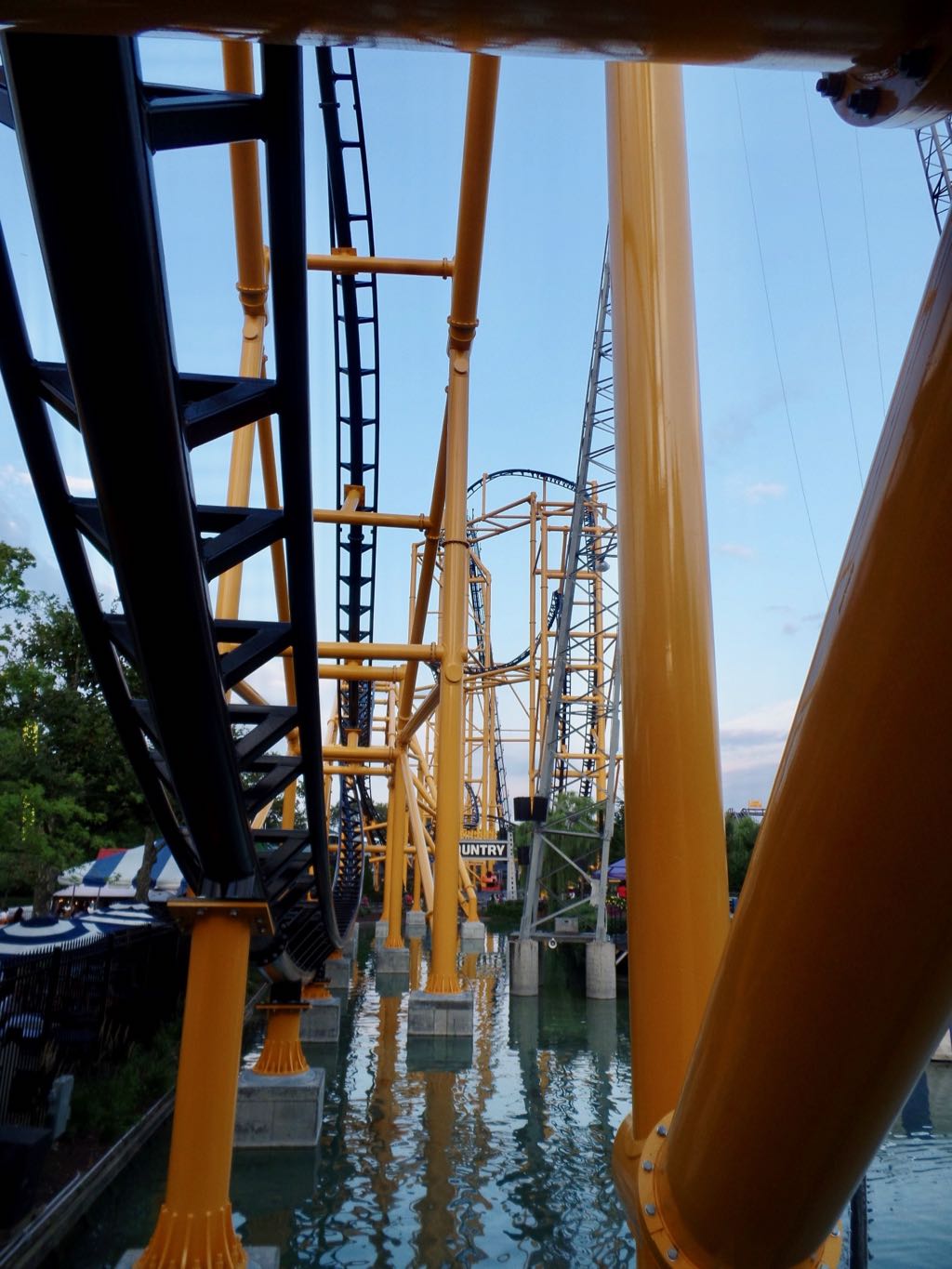 Steel Curtain run on a very narrow footprint; it's not as nearly two-dimensional as, say, Steel Hawg at Indiana Beach, but it's trying to be. 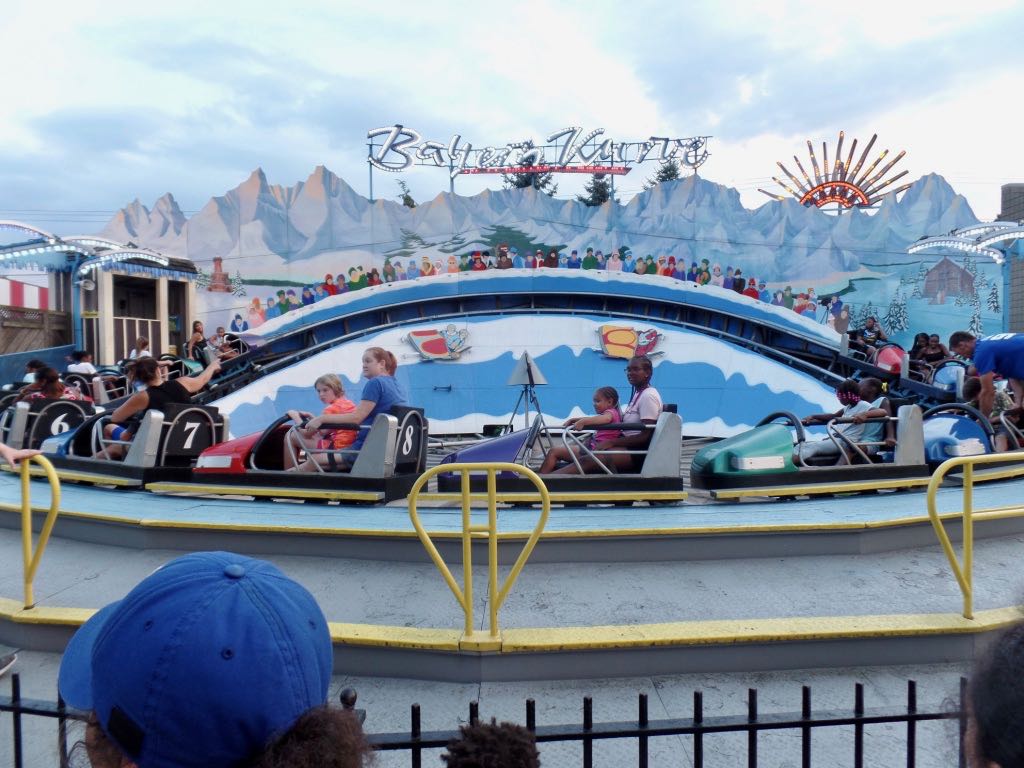 The Bayern Kurve, one of the park's distinctive rides. It's a circular, single-hilled track that runs up to a nice high speed. 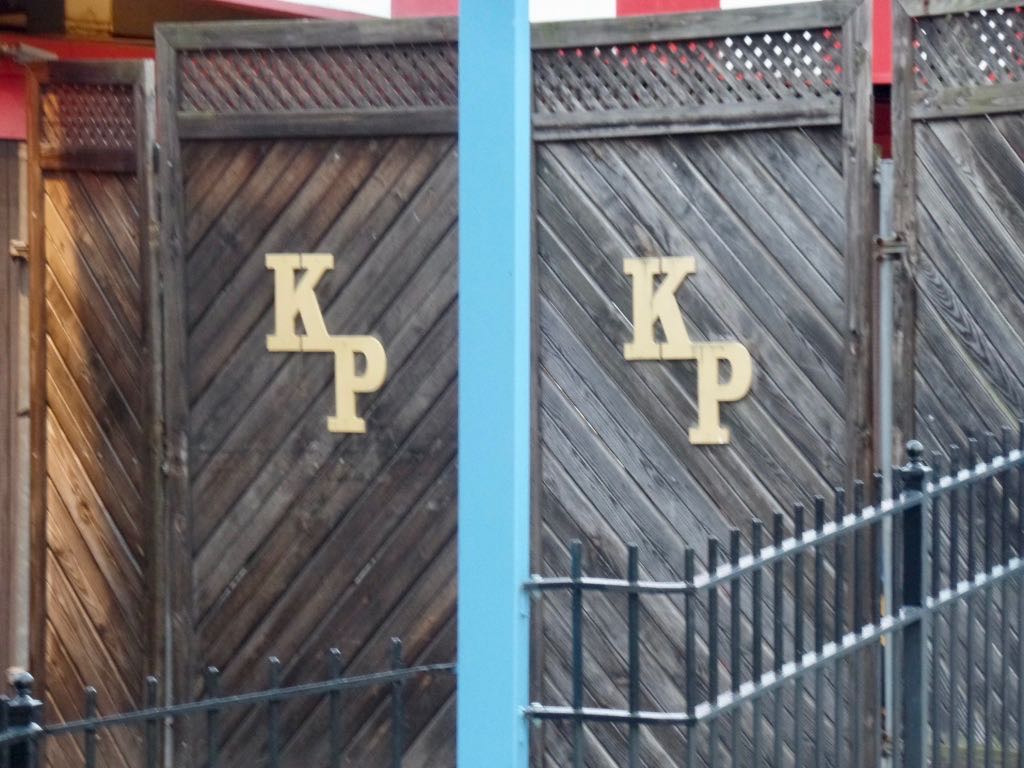 Little door to operations areas for Kennywood Park next to the Bayern Kurve. This stood out to me because usually they use KW for a shorthand. 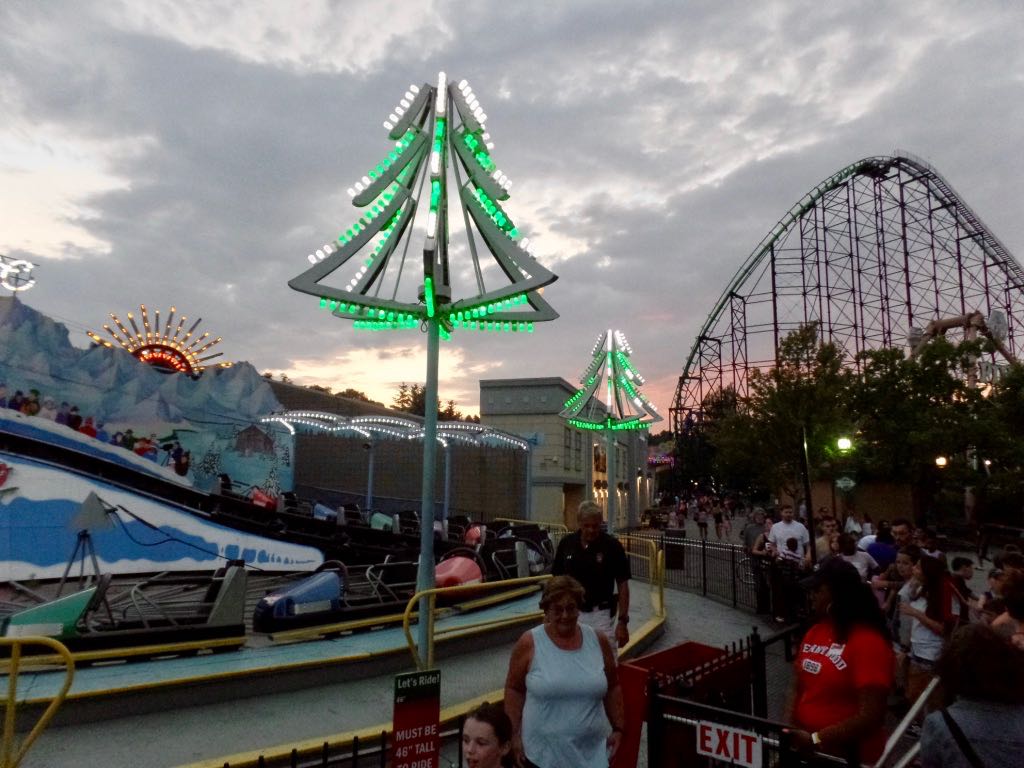 Bayern Kurve has some nice illuminated trees, part of the decorations. They look great in the sunset, and you can see the lift hill and first drop of Phantom's Revenge. And the sunset behind it.

Trivia: In 1859, Chicago had ten brewers, nine vinegar makers, four pickle warehouses, and 46 confectioners. Source: The Emperors of Chocolate: Inside the Secret World of Hershey and Mars, Joël Glenn Brenner.

(The subject line lyric connection is between Steel Curtain and the Steelers and men made of metal and so, of course, the Kinks and Artificial Man. It's weak but it's also late and I don't know what else to do.)