With the physique of a Tarzan

My aunt had her surgery. Partial hip replacement. She's to be kept in the Intensive Care Unit for a while and then, they hope, into physical therapy before going back to the nursing home. So far as I'm aware she's carrying on all right.

After last weekend's musings, we decided to go to Cedar Point for this Sunday, the closing day of their partially aborted 2020 season. Reserved the entrance slots, figured out when we'd have to wake up and hit the road to get there, even to get to the Merry-Go-Round Museum.

So we thought about why we want to go, and whether that was enough reason. And, like, the way I feel thinking about being there. Like, it was obvious Cedar Point was being reckless and irresponsible opening back in July ... when daily infections in Ohio were one-third what they are now. Why would I think this was all right now? What justified changing my mind?

So what was there to do? We called it off. We're not going to Cedar Point tomorrow, or at all for 2020. None of the Cedar Fair parks in driving range will be open for a Christmas event. Great America, outside Chicago, and Knoebels, in eastern Pennsylvania, are scheduled for holiday events, although not with any rides open. Even in September I would have thought we'd be at least able to get to something.

Just ... you know, screw you, every Republican, for your decision to take a bad situation and take every step you can to make it worse. If you had not decided to sabotage the country --- if you had just decided to stop getting in the way of the people trying to fix the problem --- we could have salvaged some part of this year.

Let's look back on amusement parks we could go to. Kennywood, as seen in our Starlite admission day in 2019 that was the most recent time we've been there. 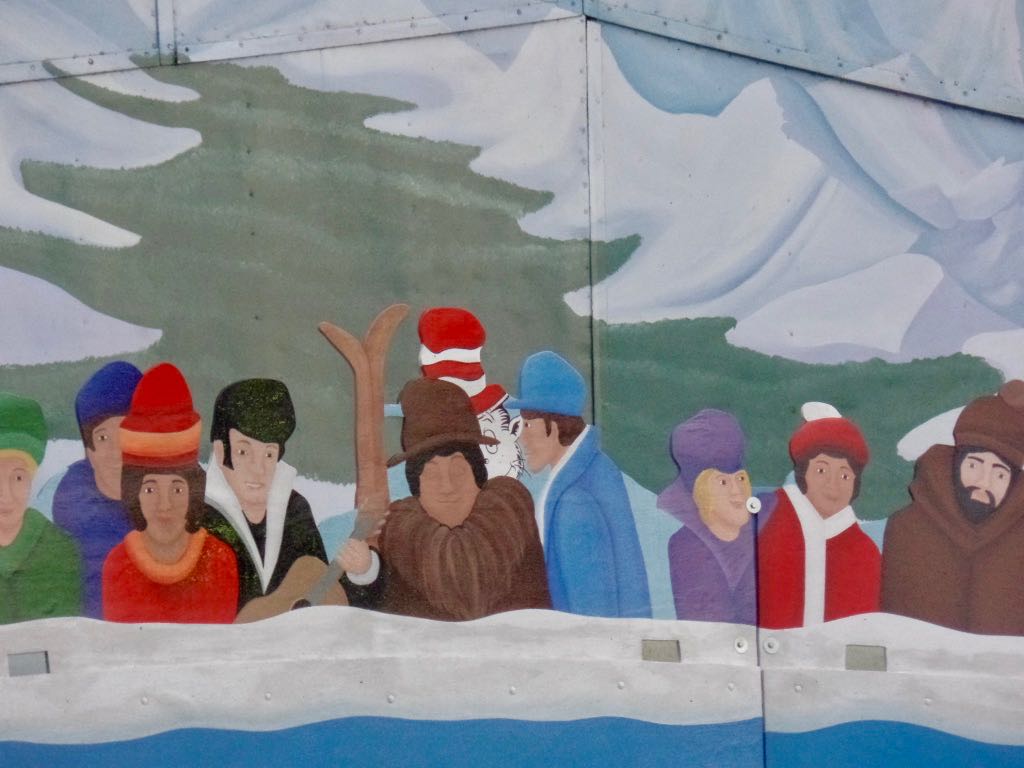 Part of the backdrop for the Bayern Kurve. The ride has a loosely Olympics theme, and part of that is a village of people gathered around to watch. Notice the Elvis Presley here. Also a Cat in the Hat. There's other cats in the backdrop too, though not in this picture. 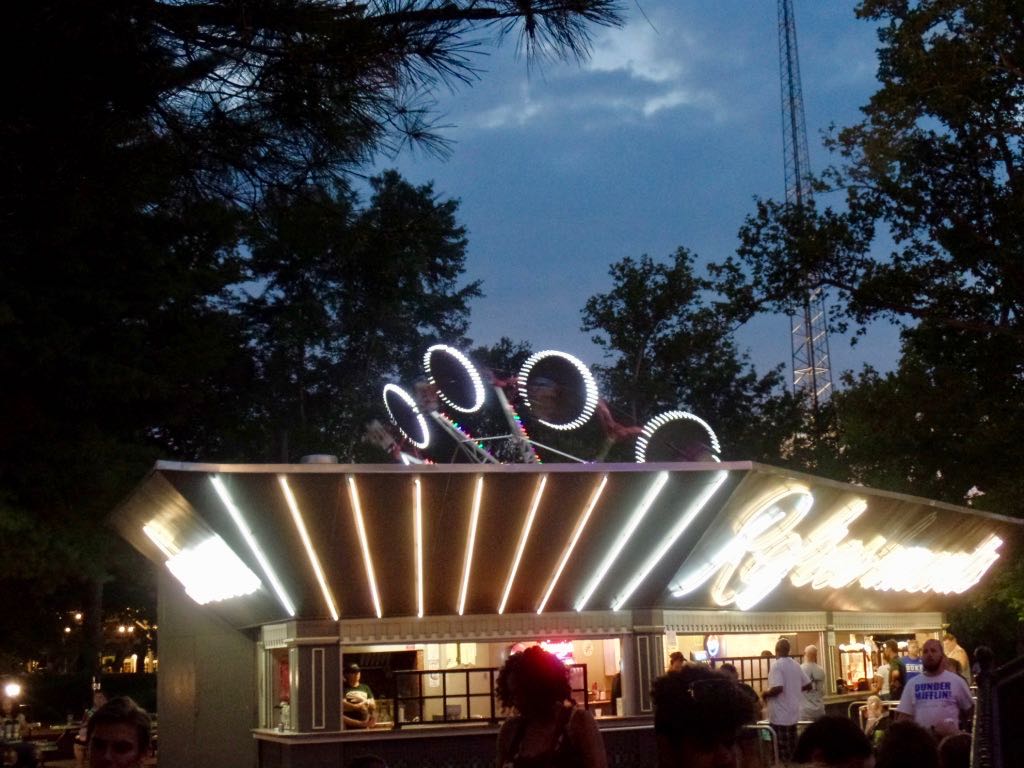 A view of the wonderful neon of the Refreshments stand, with the Paratrooper ride behind it. 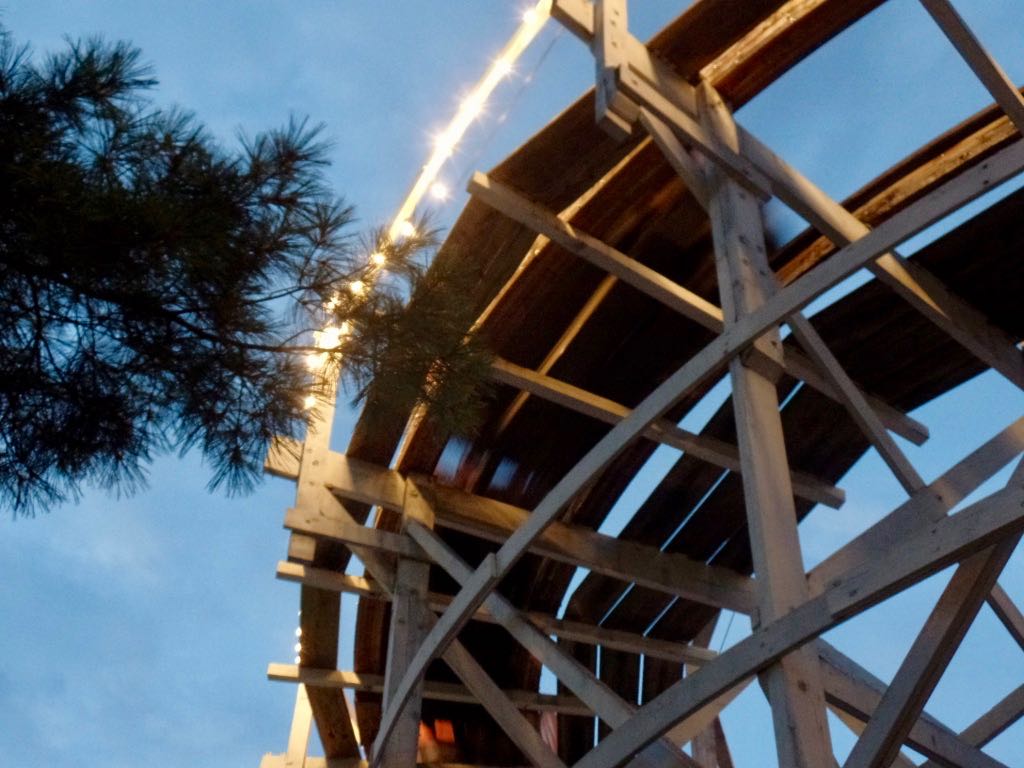 A look at the uppermost level of Jackrabbit, in 2019 enjoying its 100th season. 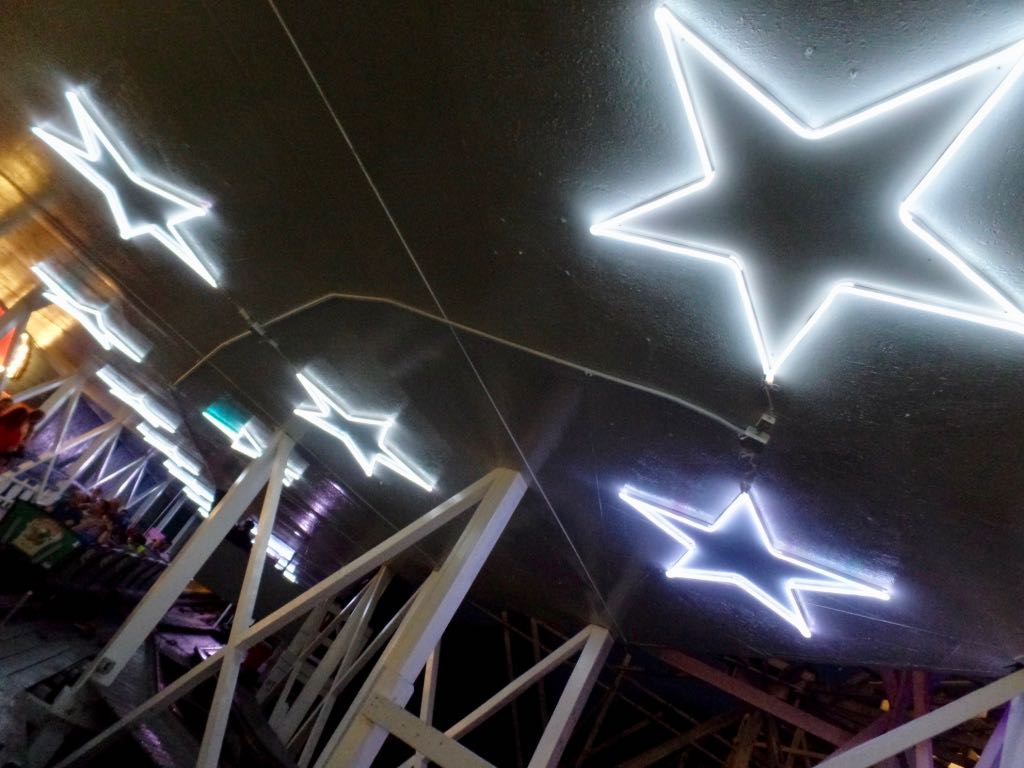 The ceiling of Jackrabbit's station is these neon stars. 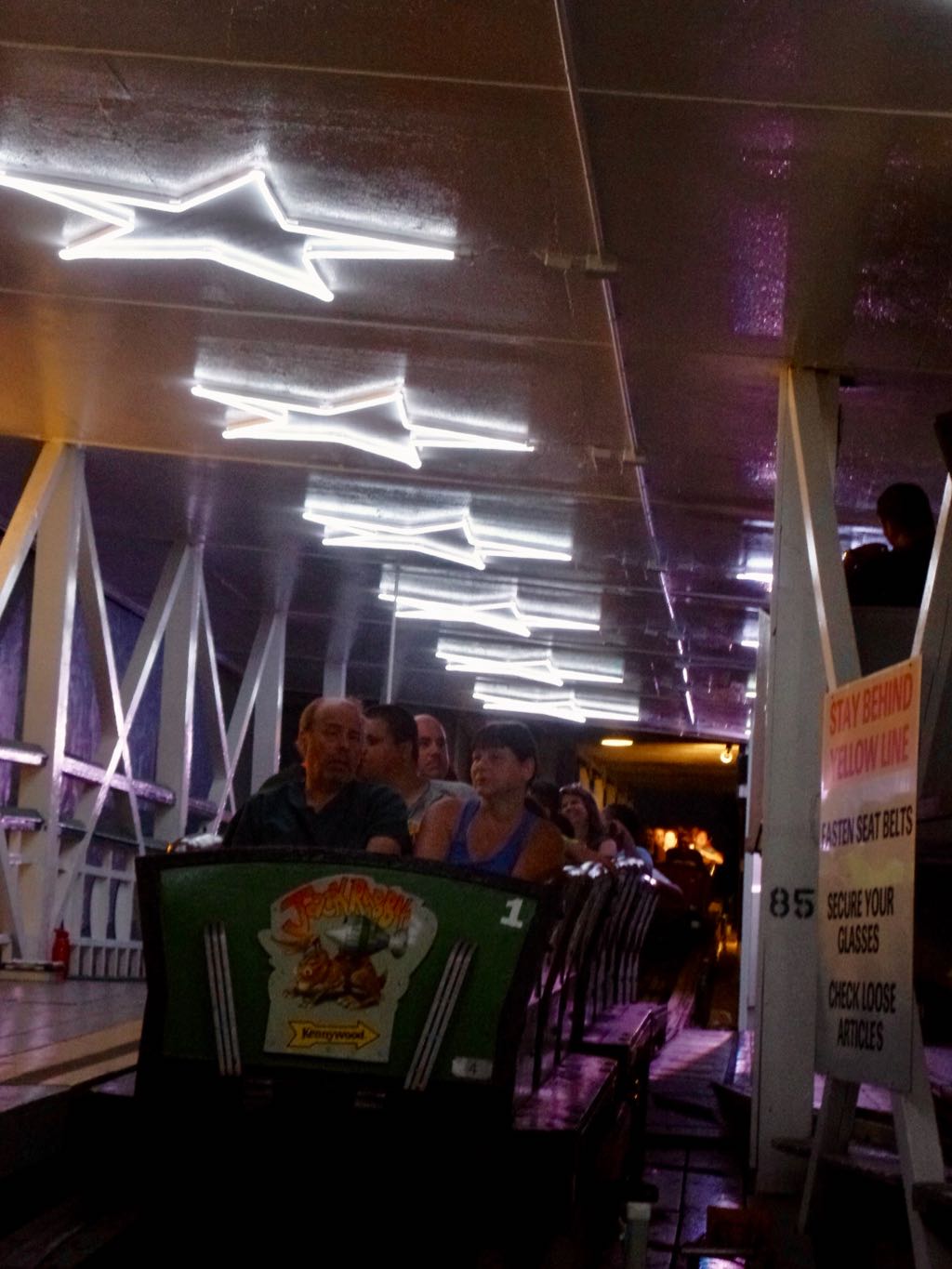 Jackrabbit train ready to dispatch, with a row of stars above it. 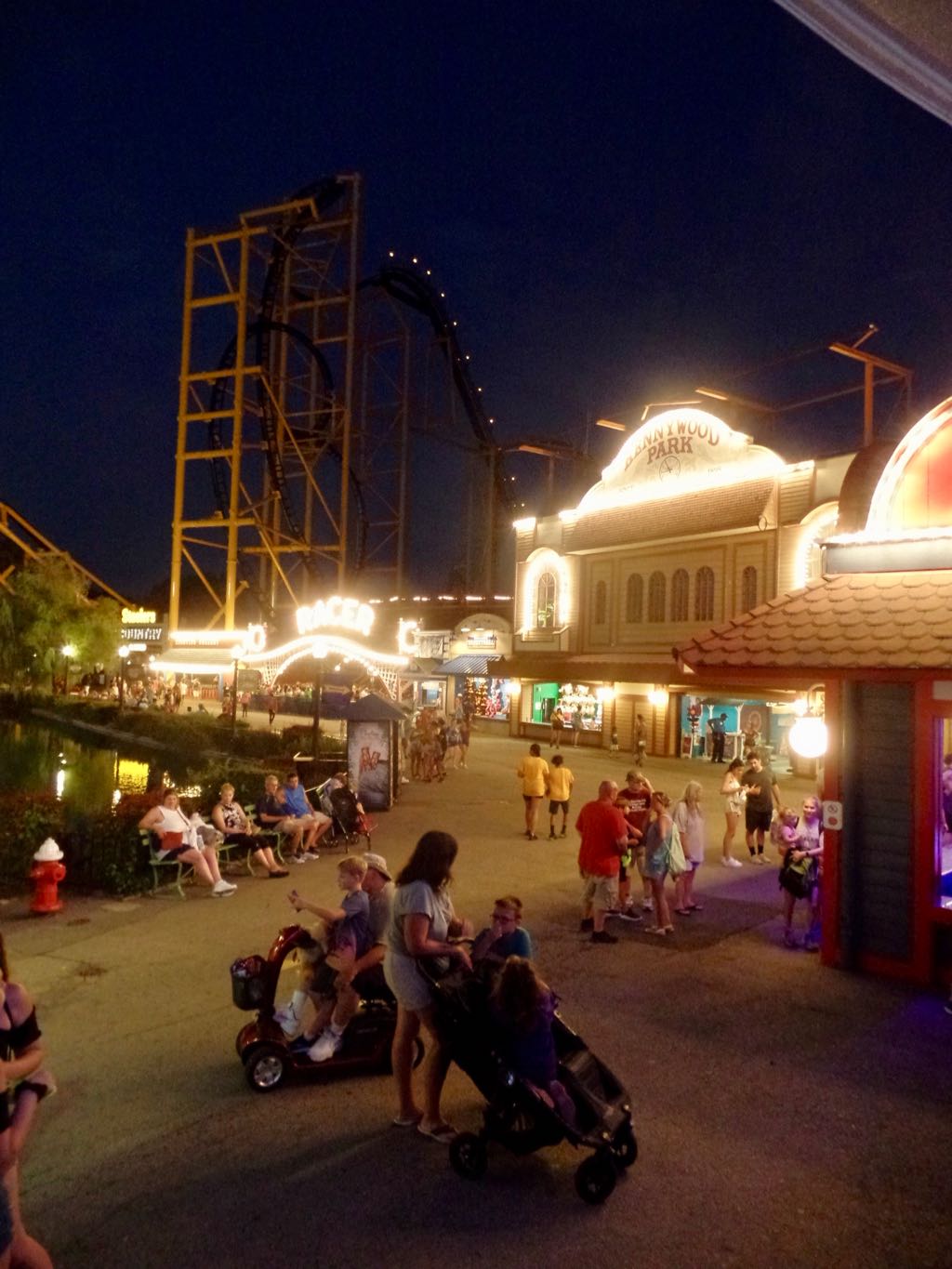 Night sets in! A view down some of the midway and the Racer racing coaster. Steel Curtain is in the background, but it's barely noticeable what with its lights being off. 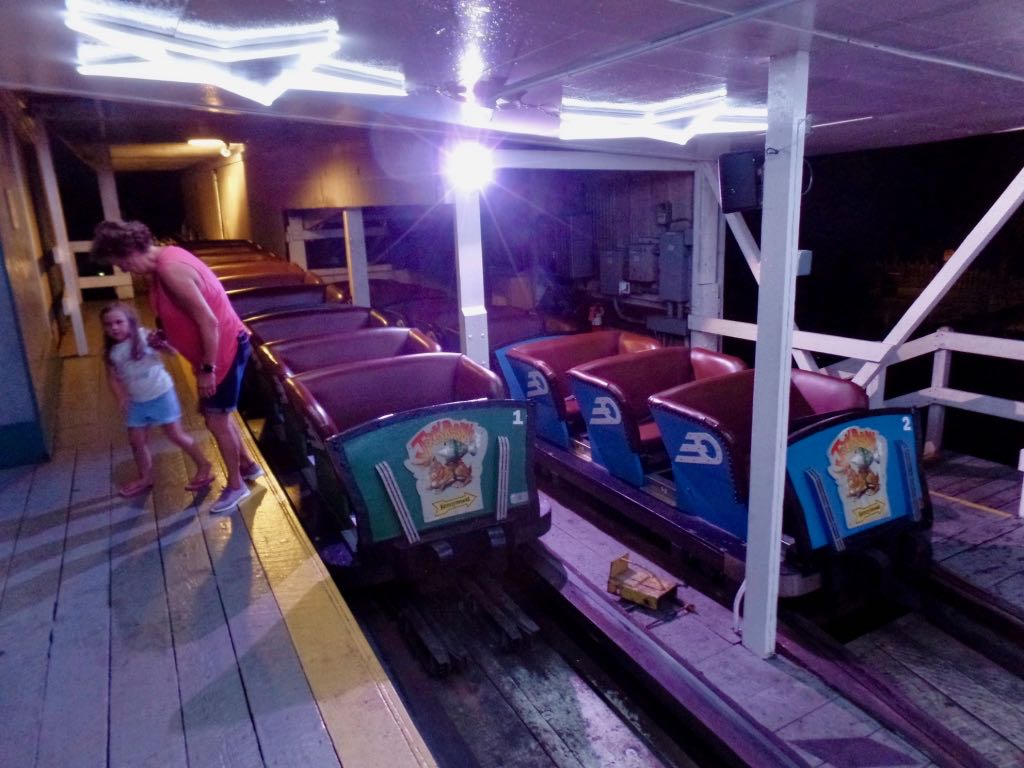 Jackrabbit trains, the green one in service and the blue one off in reserve . 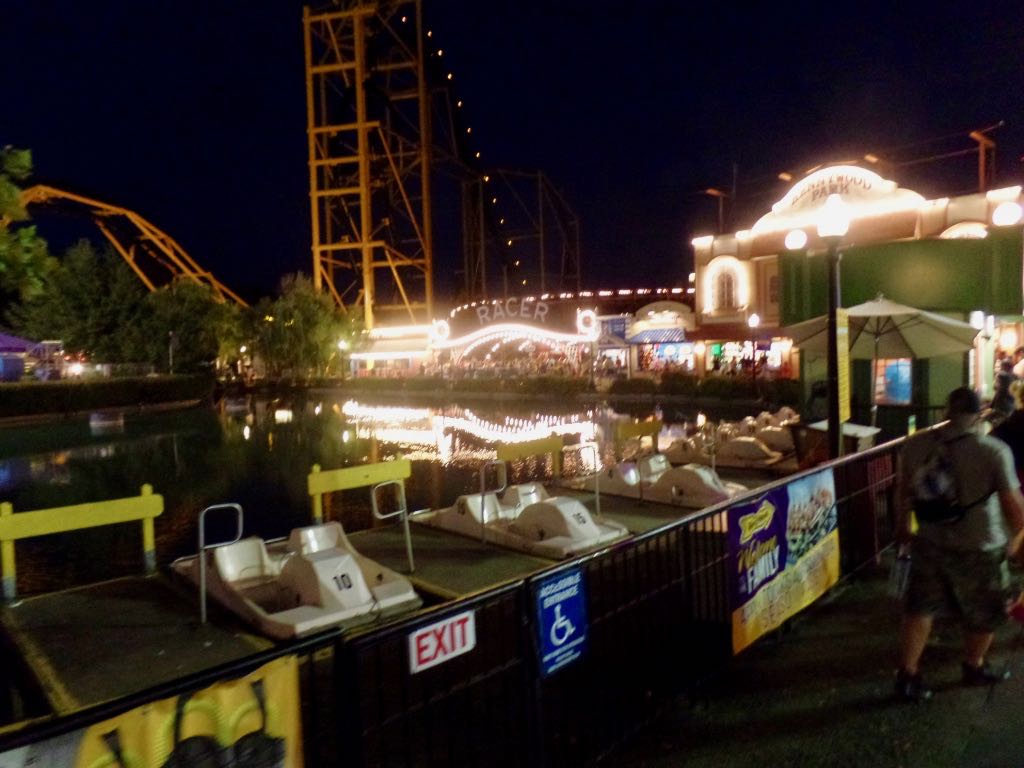 A better view of the Racer and the lagoon and the almost invisible Steel Curtain behind that all. 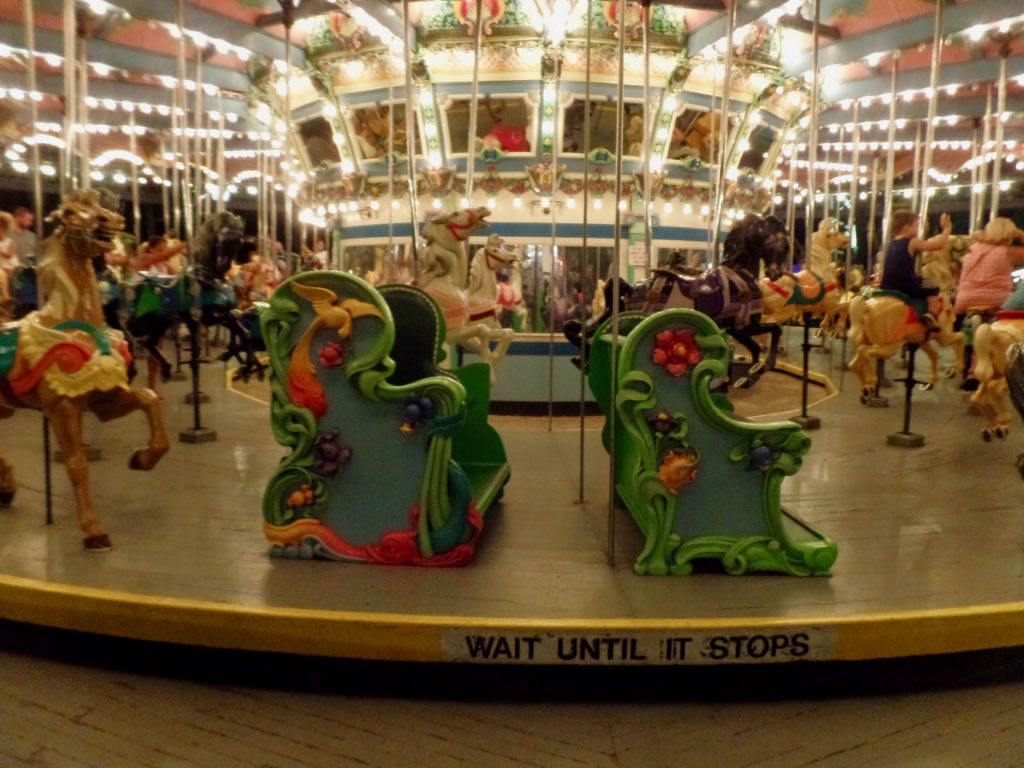 Good advice! Kennywood's Merry-Go-Round chariot with advice that surely dates to an earlier era of the park, when I assume the ride was ungated. 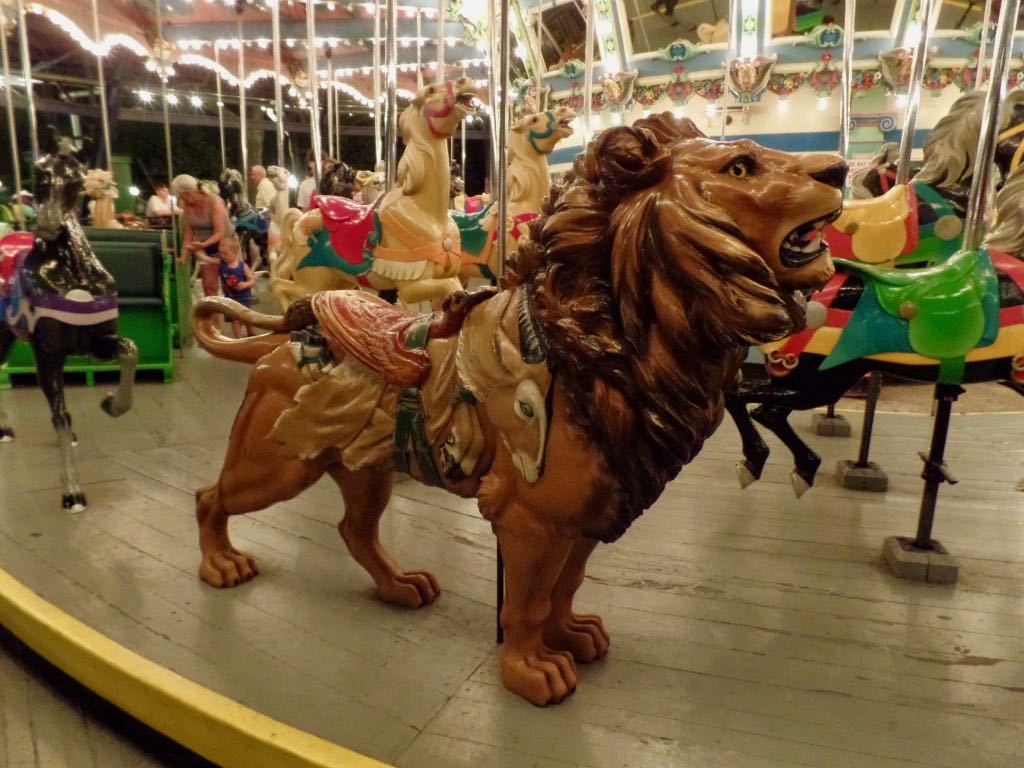 The lion, looking like he's about ready to say something about all this. 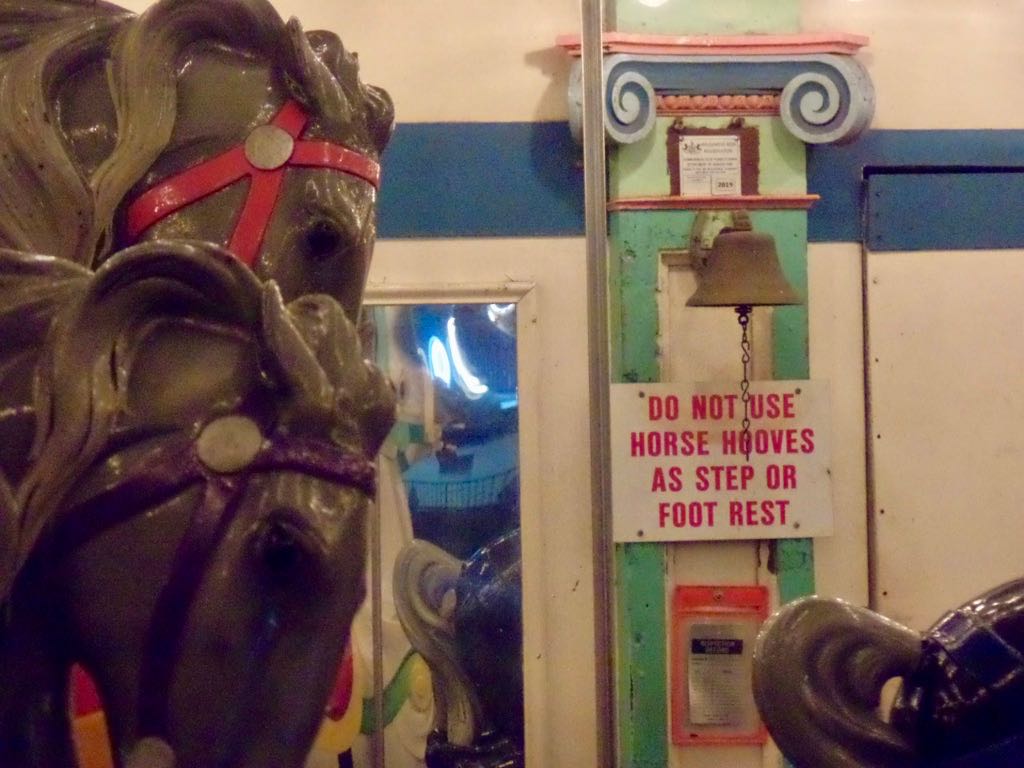 The ride's bell, and a good warning about proper horse-riding etiquette. 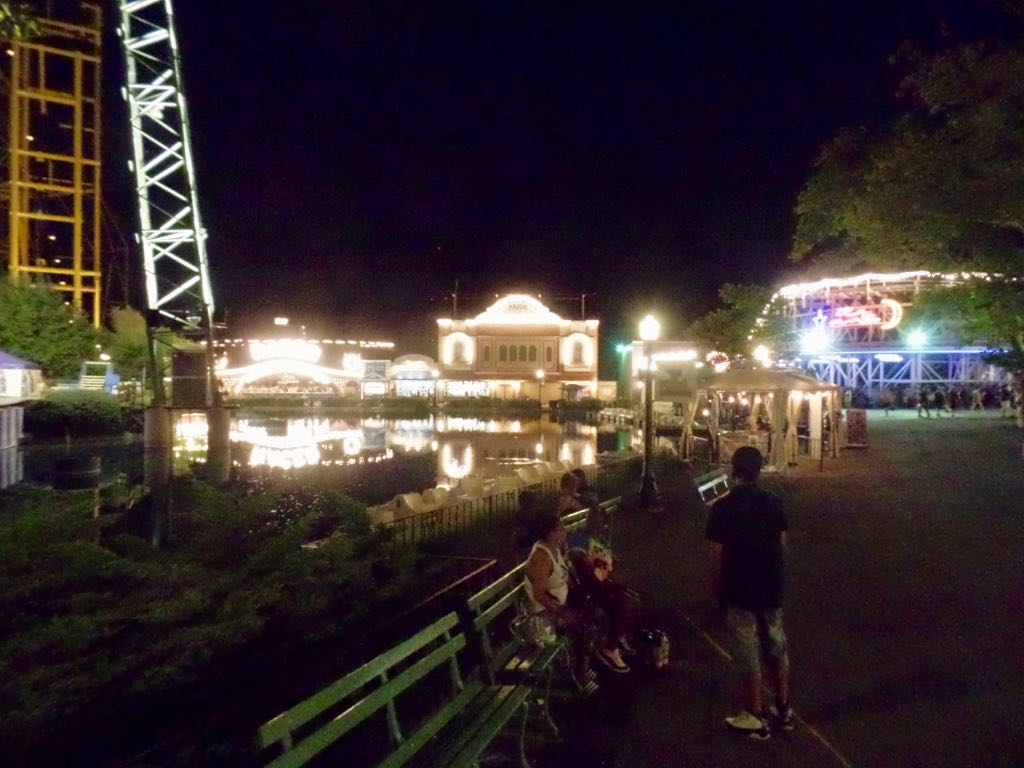 Despite Steel Curtain's domination of the skyline some views of the park haven't substantially changed.

Trivia: The Era of Alfonso X, used for calendar dating in Spain, began in 1252 AD. Source: Mapping Time: The Calendar and its History, EG Richards.