And the profile of a Cary Grant

My aunt is, apparently, out of intensive care and in good spirits. She's projected to be returned to her nursing home Wednesday. Here's hoping.

My mathematics blog had a fairly quiet stretch which is not to say I didn't screw stuff up anyway. Here's the sorry report:

On my humor blog, I look at 60s Popeye: Popeye's Testimonial Dinner and what the heck was that because what seems like it should be a really easy concept just falls all apart.

We continue the short night at Kennywood, back in early August of 2019, now. 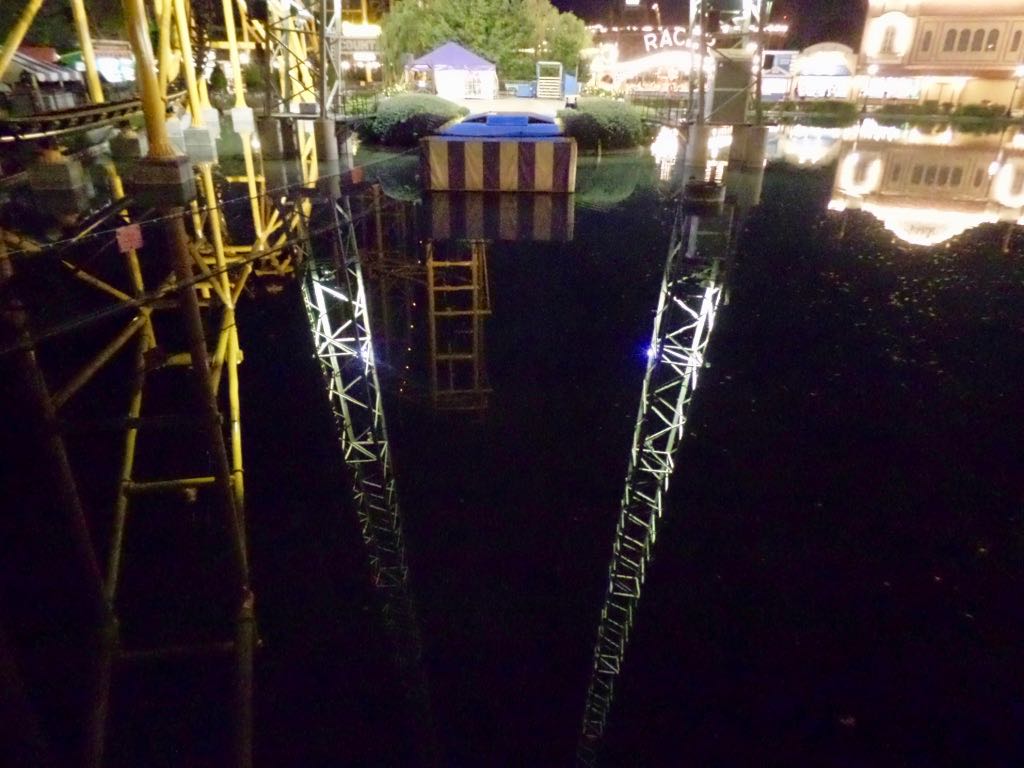 Looking at the reserve bungee and Steel Curtain reflected in the lagoon. It looks so peaceful. 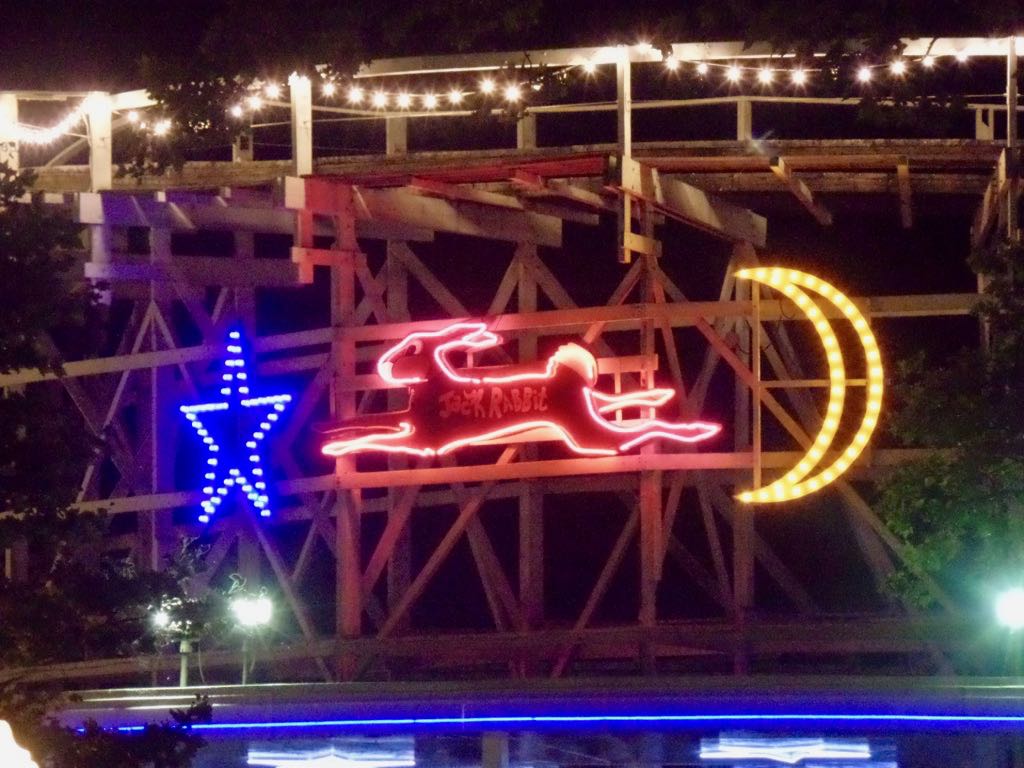 From the bridge over the lagoon you still get a good view of the Jackrabbit neon. Also you can see what parts of the rabbit still have broken neon. 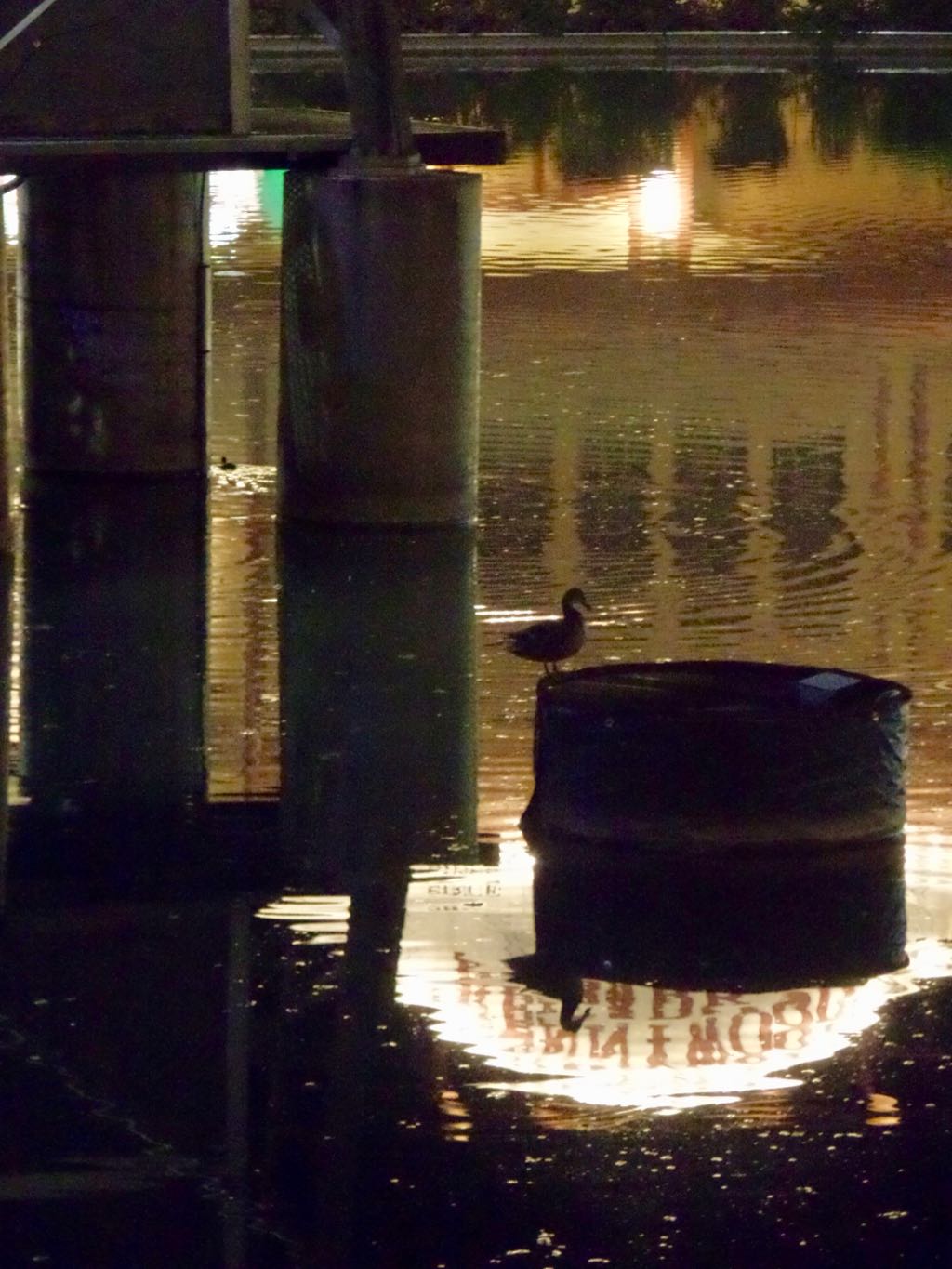 Looking at a duck(?) sitting on a pile in the Kennywood lagoon, with reflections of the midway carnival building around it. My album cover for this trip to Kennywood. 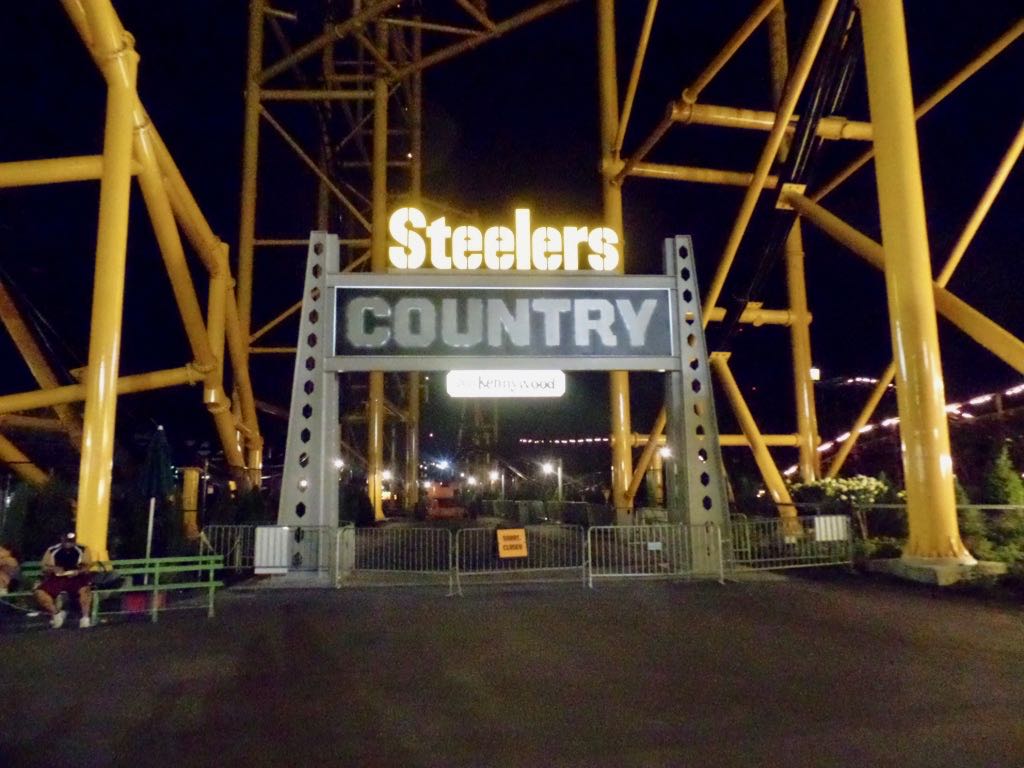 Steelers Country: closed. With the roller coaster out of service whatever else might be there was shut down, although the problem might be we didn't get to the site until later in the day. It was built over what used to be the Log Jammer ride. 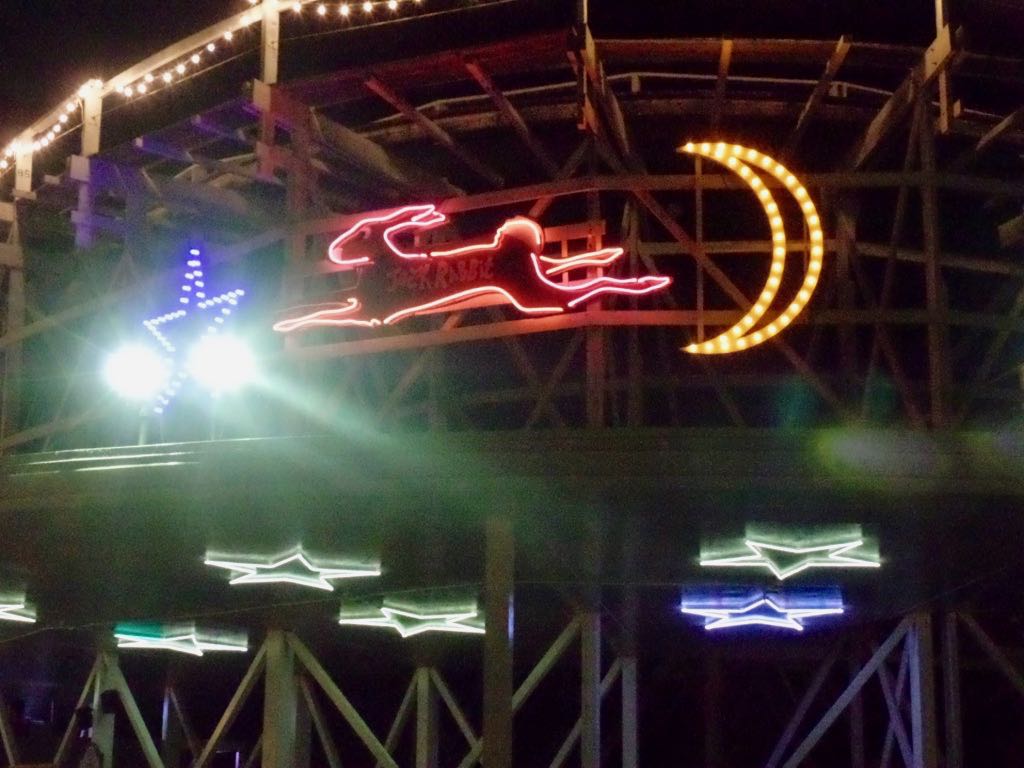 Another view of the Jackrabbit neon, and the stars of the loading station. And some direct lights which let you see that I did too clean my camera lens. 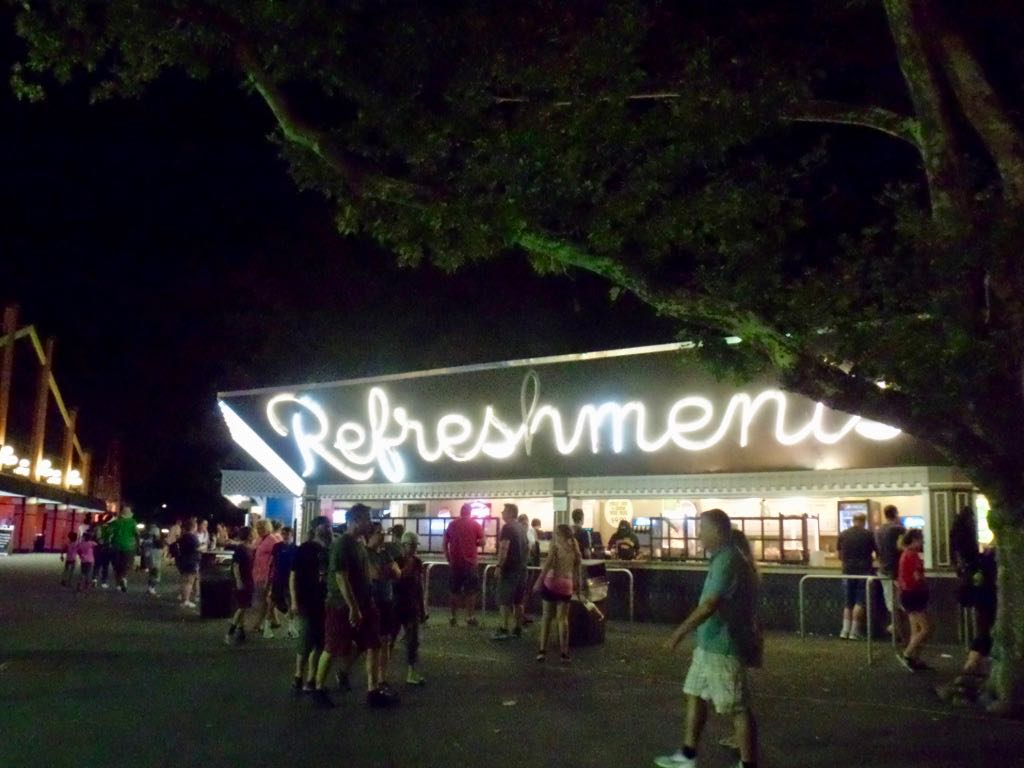 Taking in the Refreshments stand again. Sometime we'll have to get a refreshment there. (I kid; we have gotten pop there; I think we got some this trip, in fact.) 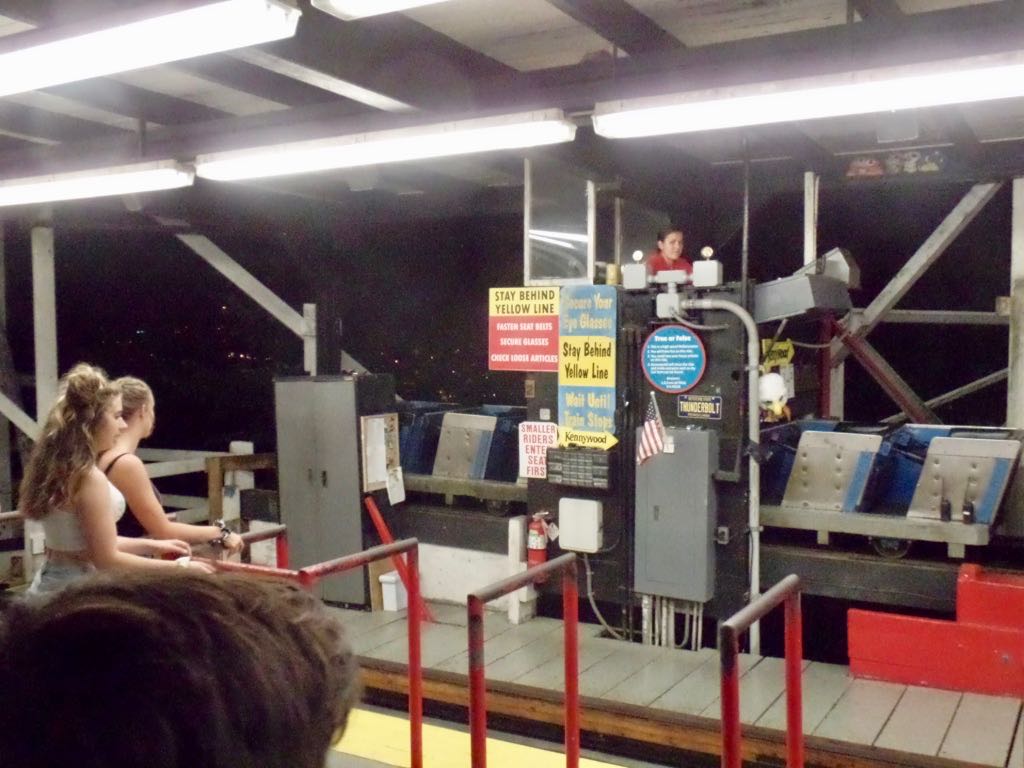 Off to Thunderbolt! A look at its launch station. 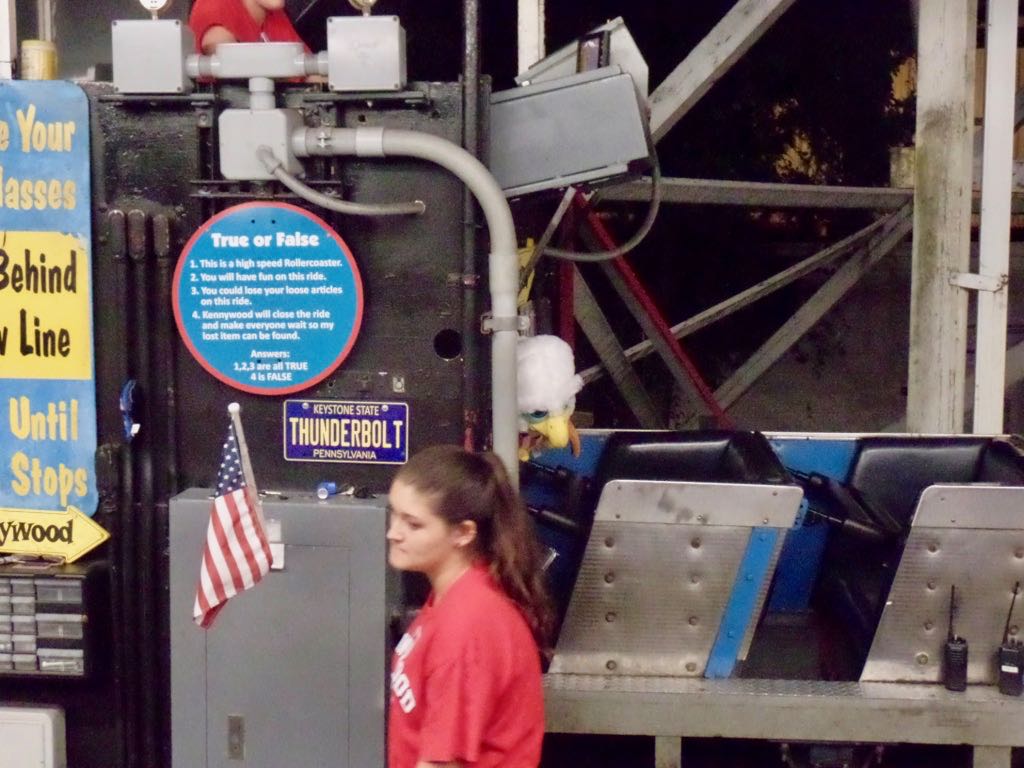 Notice the True-or-False dot warning people to leave their phones somewhere secure. Also a mock license plate and the spare train for Thunderbolt. 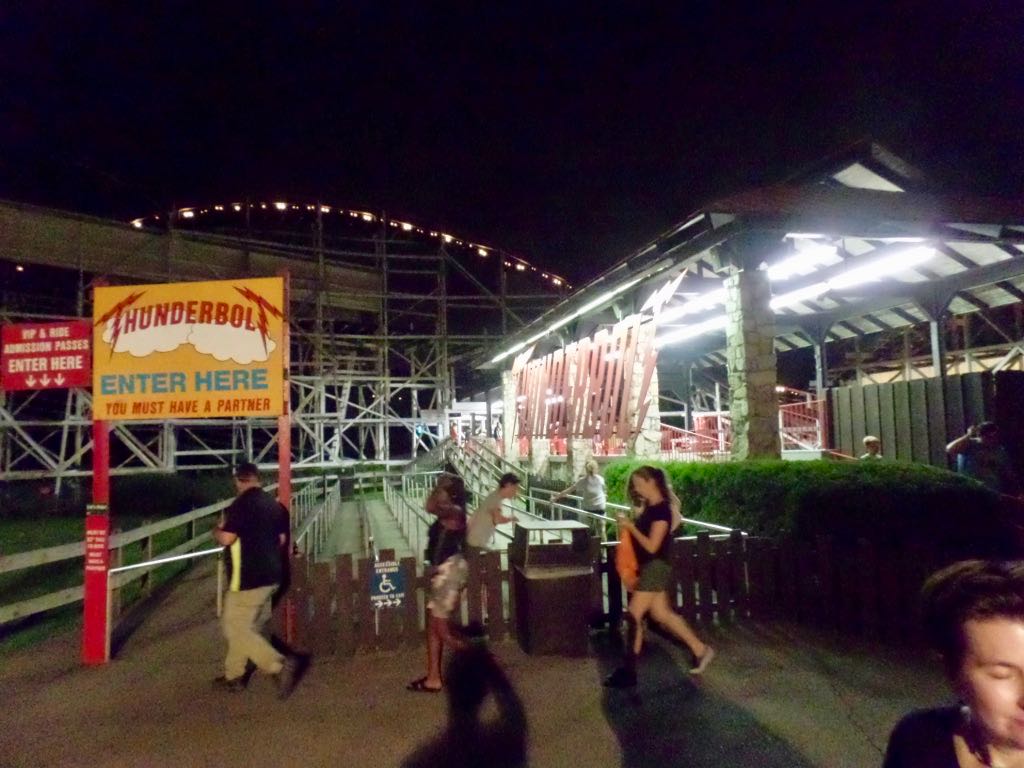 And there's the Thunderbolt station, sparkling in the night. Phantom's Revenge is the tall arc of lights behind it. 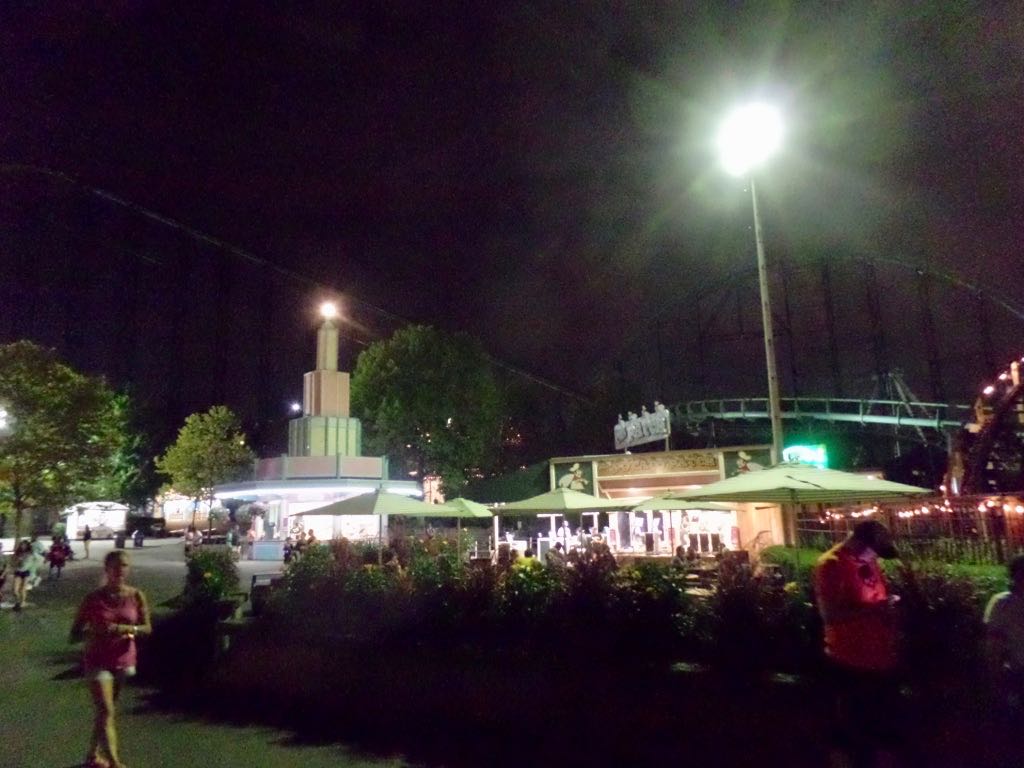 A view of the Lucky Stand, the wedding-cake structure on left, so named for no reason anyone's sure about. 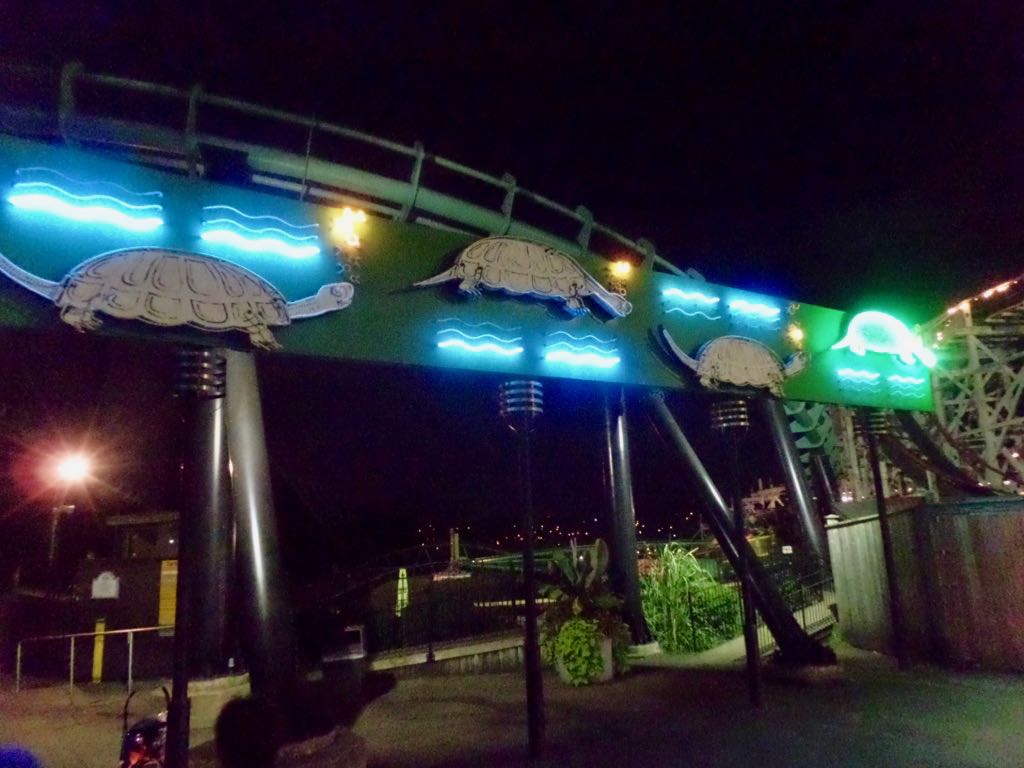 Turtle, turtle. The animated neon for the Turtle ride, one of only two tumble bugs still operating. 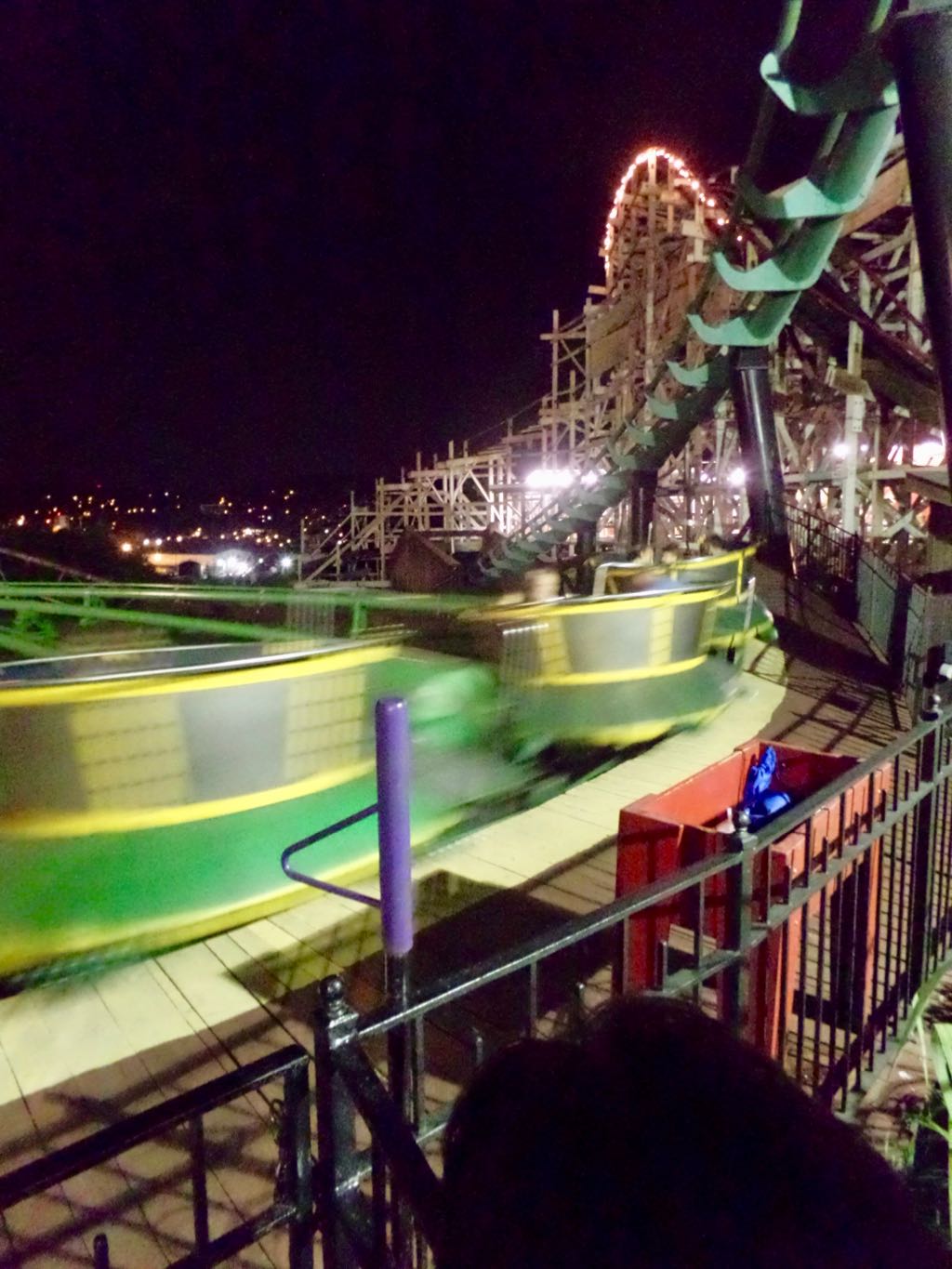 The Turtle rolling past the station, ahead of us. Phantom's Revenge is the green roller coaster rising to the upper right corner; Thunderbolt is the white wooden coaster behind that. In the far distance are steel mills.