A superior being totally made by hand

I put all these pictures together before the election. Isn't that daft, doing anything before the election as if you could plan for something after it? And yet here we are. From the end of the Starlite admission day at Kennywood in 2019. 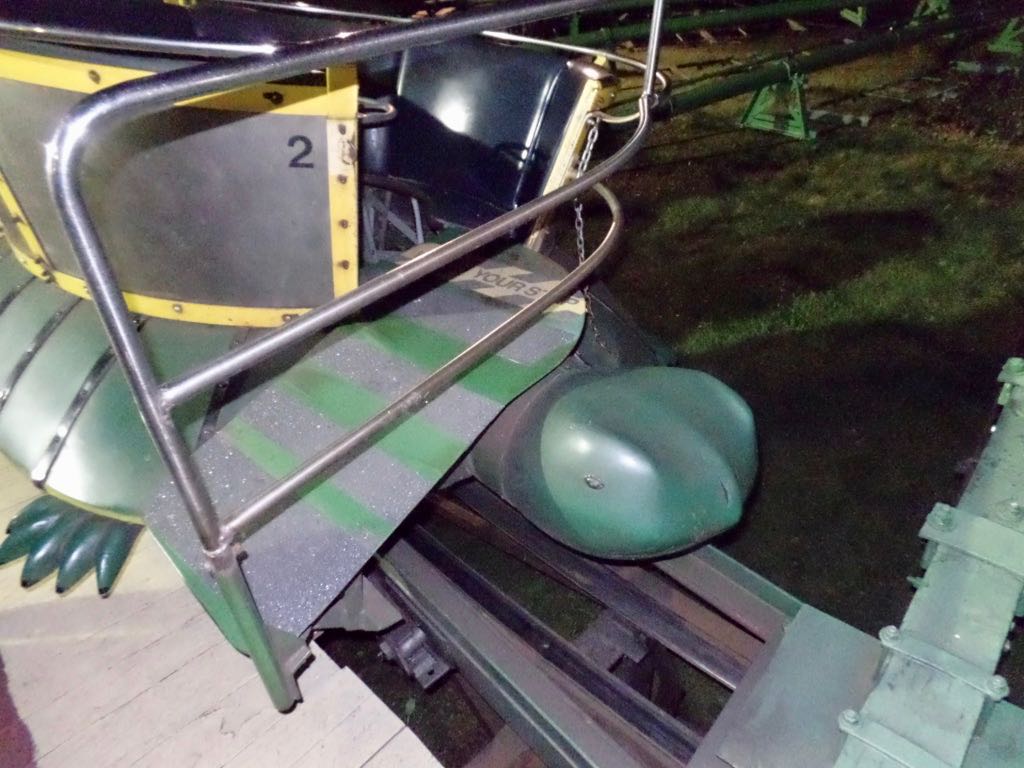 The turtle head and paws, meant to give the ride its theme. The ride could be set up to look like turtles or like bugs and Conneaut Lake Park has the bug version (albeit in worse shape). 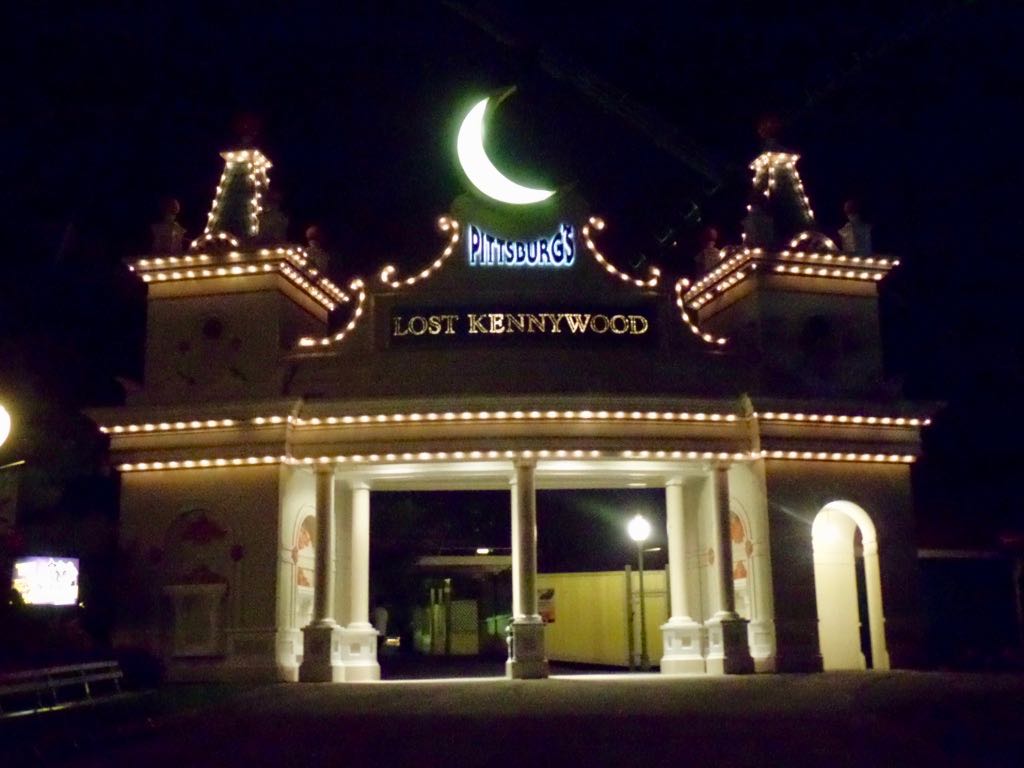 The grand entrance to Lost Kennywood, the part of the park themed to the short-lived Luna Park, Pittsburg, of the early 1900s. 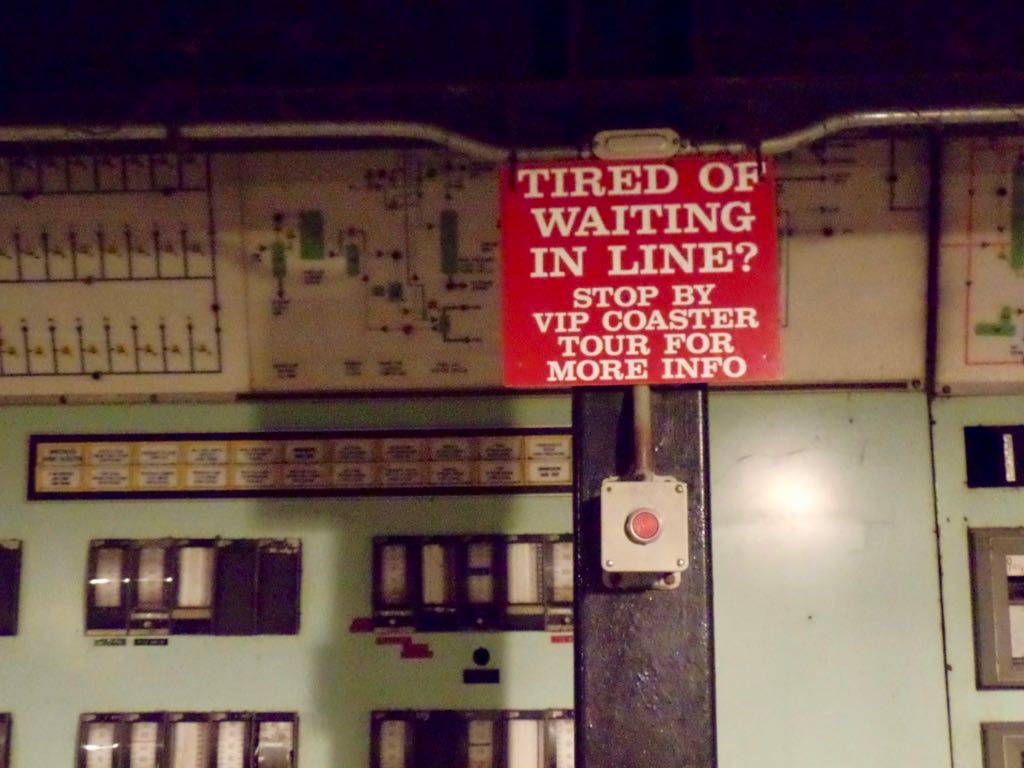 The great warning button in the queue for the Exterminator roller coaster. Doesn't that sign seem to promise that pushing the button will get you through the queue faster? 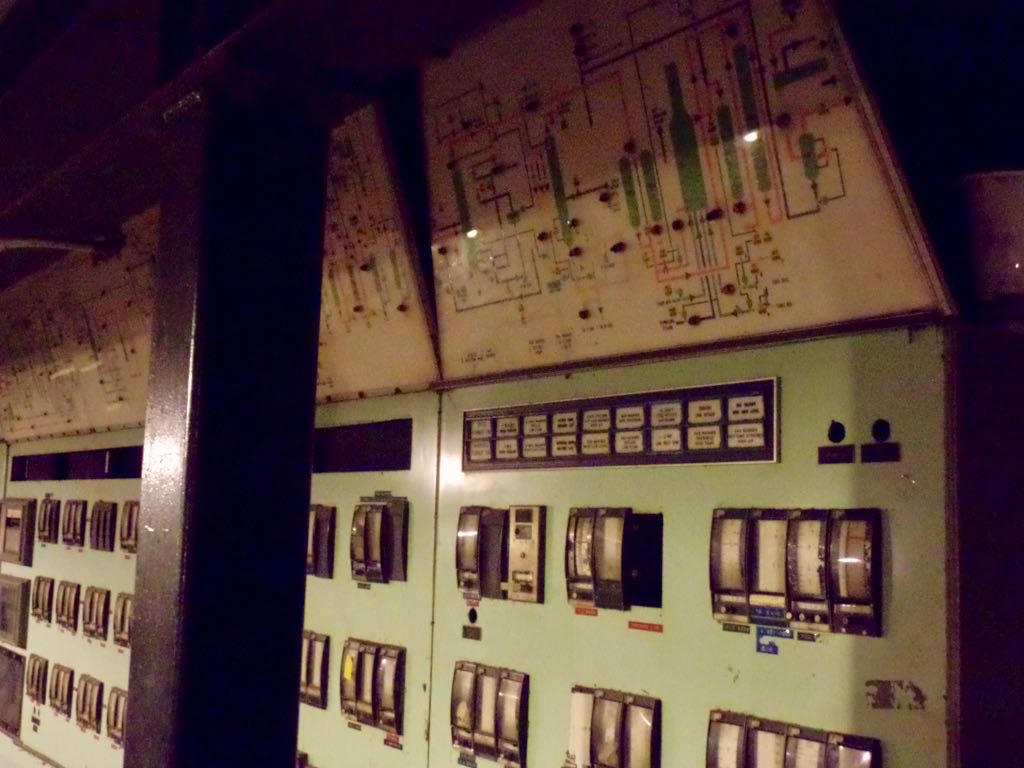 Exterminator's queue uses a bunch of hardware that looks like it was salvaged from a steel mill or power plant. 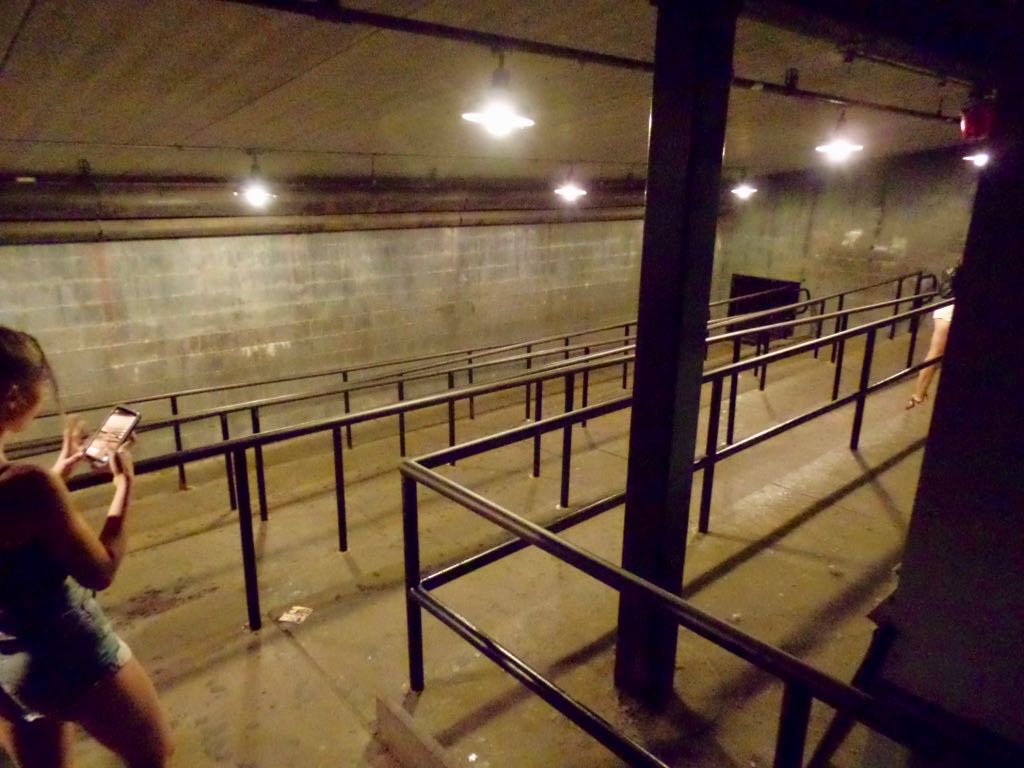 But this is the shortest we have ever seen, or imagined, the Exterminator queue being. Any other time this room is full. 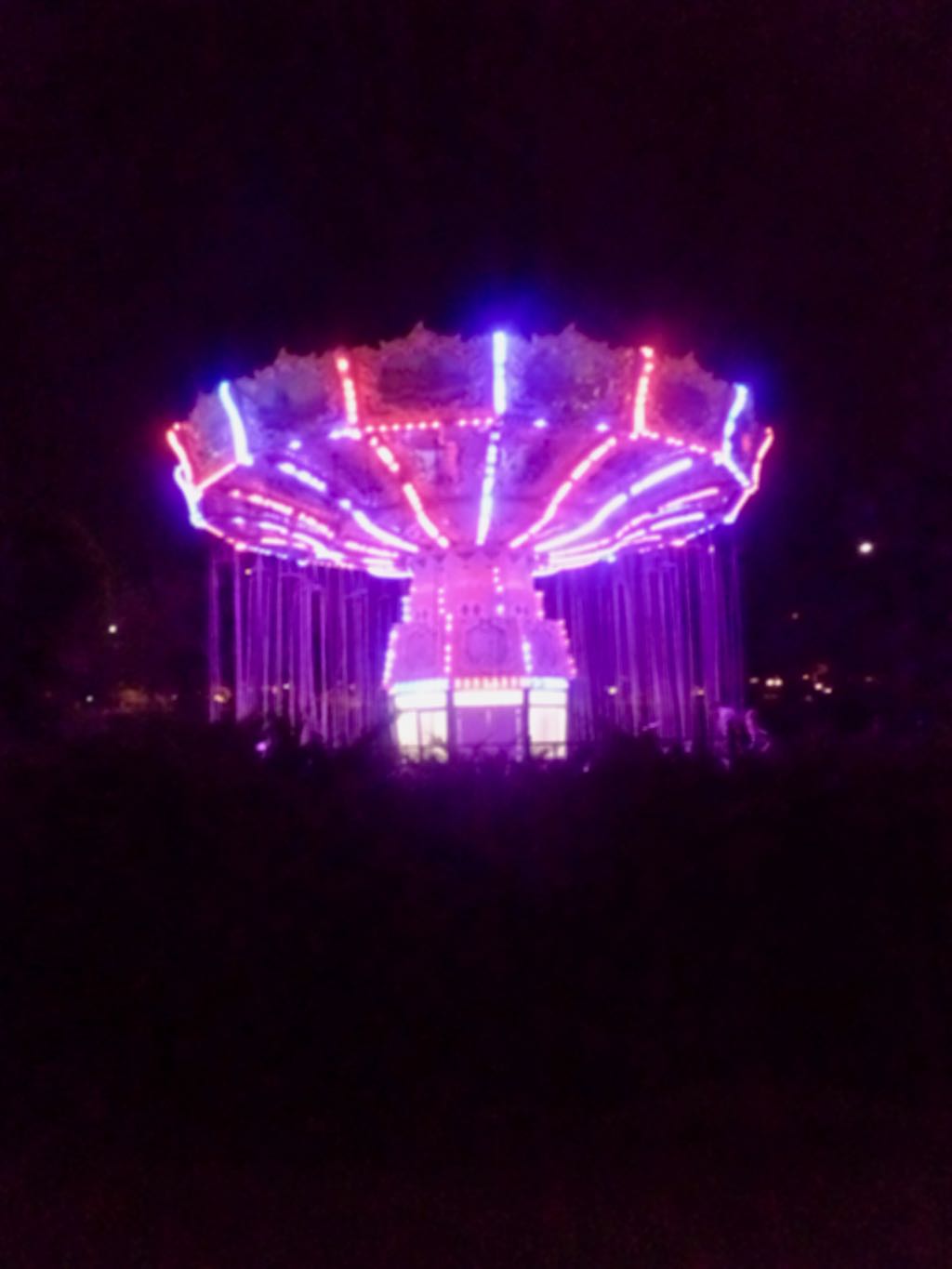 The chair swing ride, with the chains and the humidity coming together to make the ride look like it's wrapped in a magic violet gauze. 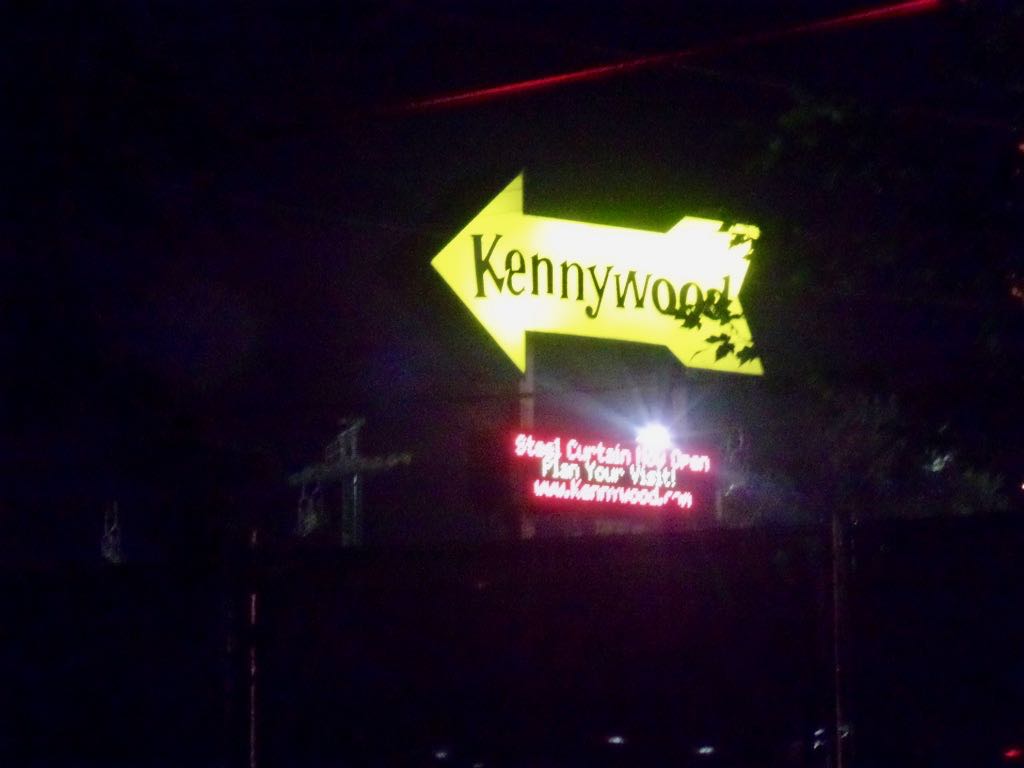 The great Kennywood sign directing traffic to the entrance (although not to the parking lot) as seen from inside the park. 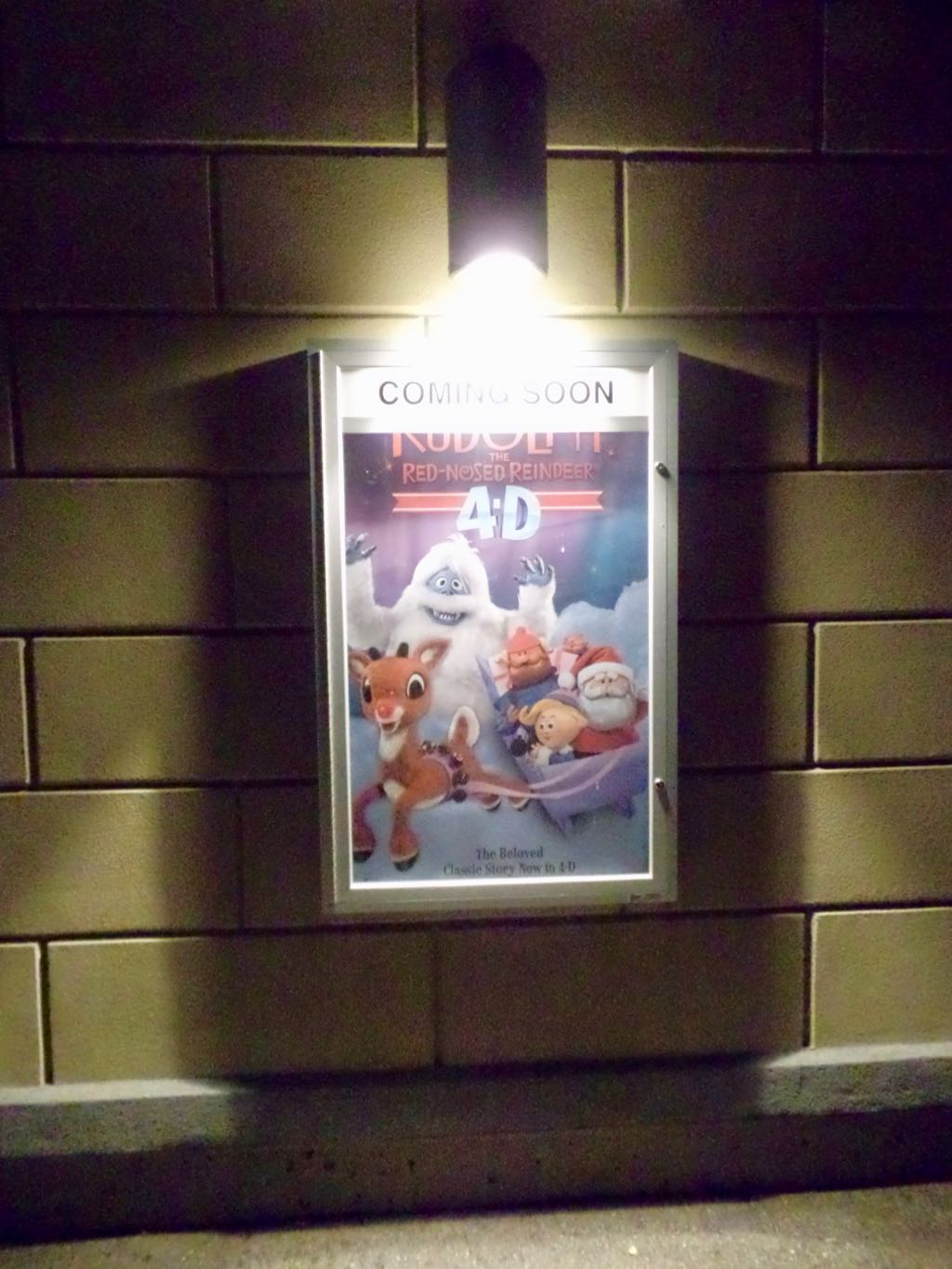 Oh, so apparently we missed this at the 4-D theater? 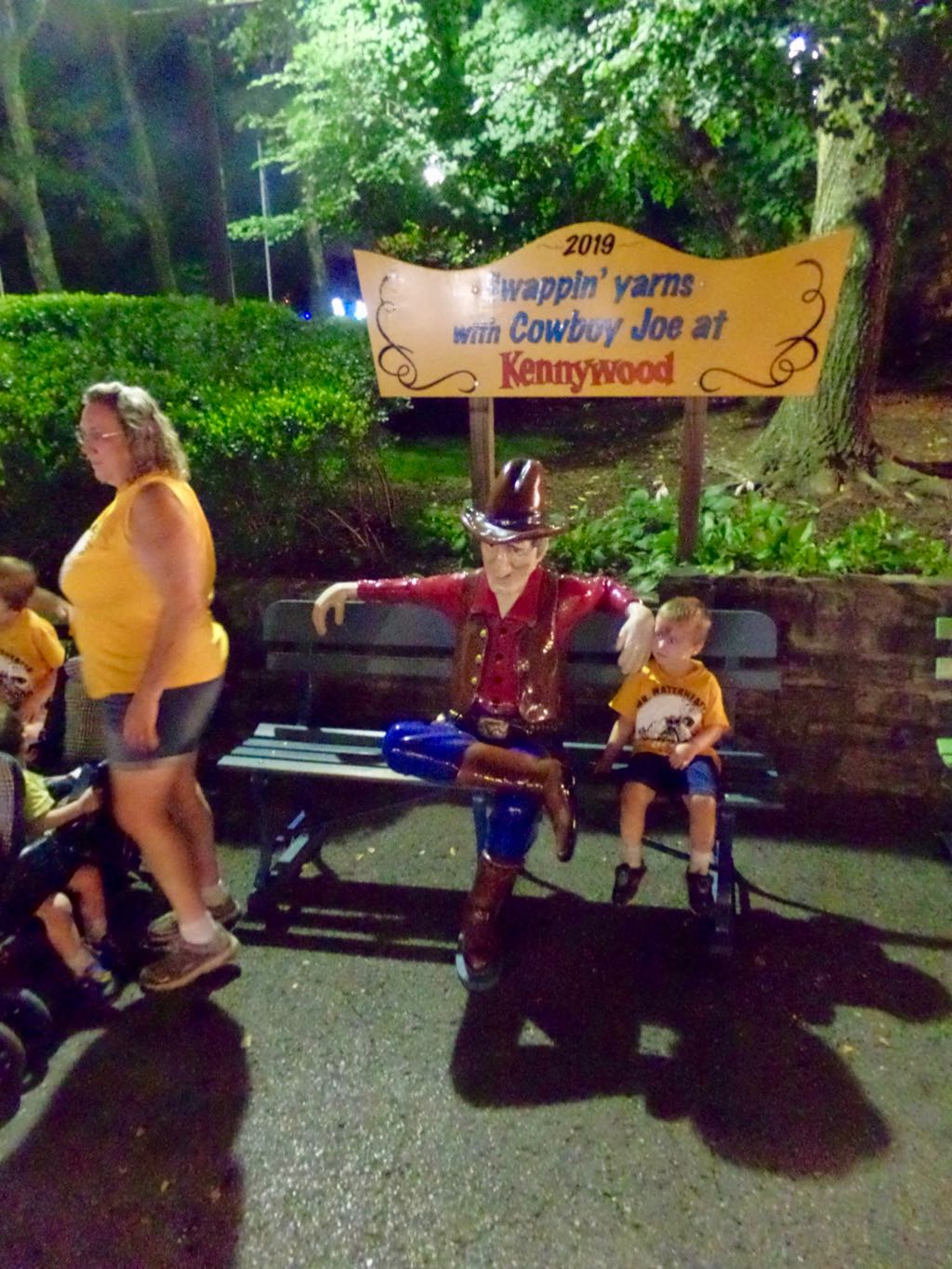 ``Swappin' Yarns with Cowboy Joe at Kennywood''. One of the statues you can use as a photo site for the park. I don't know Cowboy Joe's deal, but he is rendered in a sign outside Thunderbolt too, riding the roller coaster alongside figures like Kenny Kangaroo and George Washington and Santa Claus. 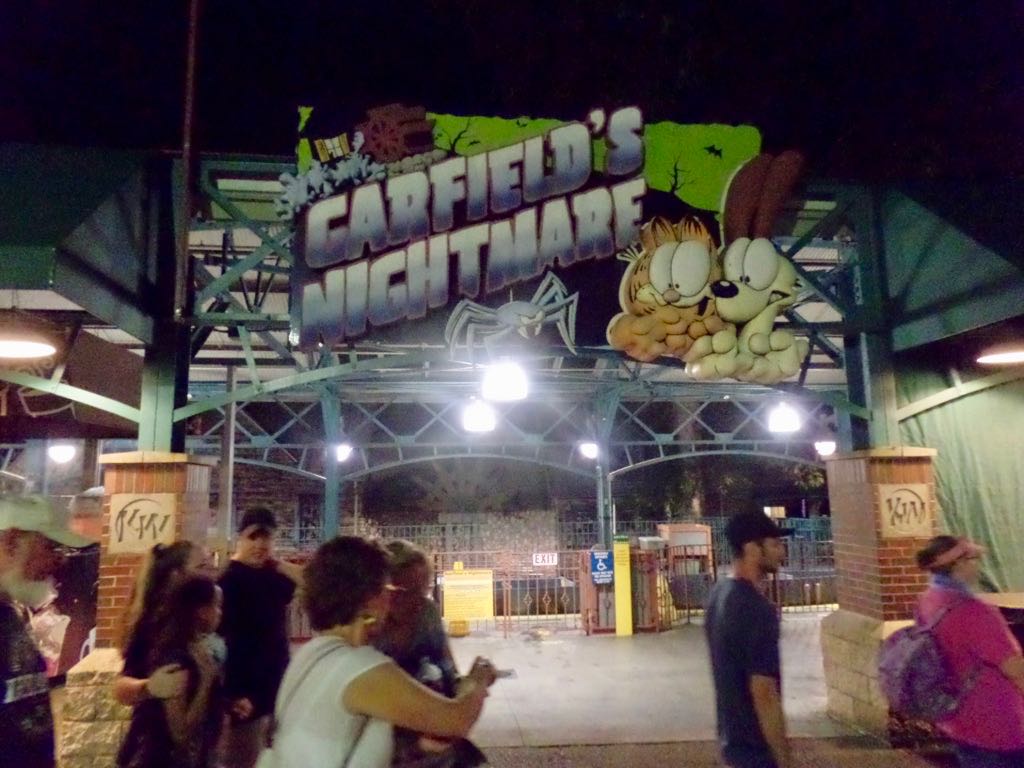 The entrance to Garfield's Nightmare, the old mill race --- a tunnel-of-love ride --- that's one of the very few that still exist. The oldest ride at Kennywood, dating to 1901. We didn't ride it this time again either, because the Garfield's Nightmare theme put on a decade or two ago was pretty disappointing. It's since been re-rethemed again, back to the Old Mill, and I was going to insist we ride it when we got to the park after Pinburgh/ReplayFX 2020 and I'm sure 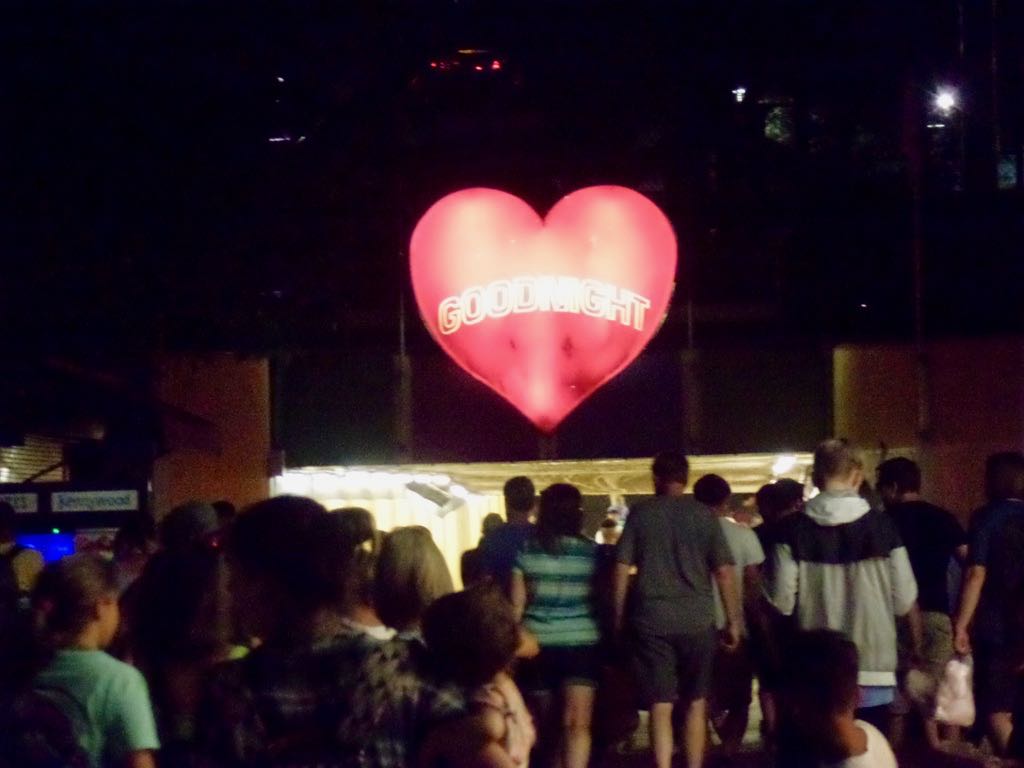 All nights at Kennywood have to end, for some fool reason, and this heart gives us a farewell as we go through the tunnel underneath the road outside the park. 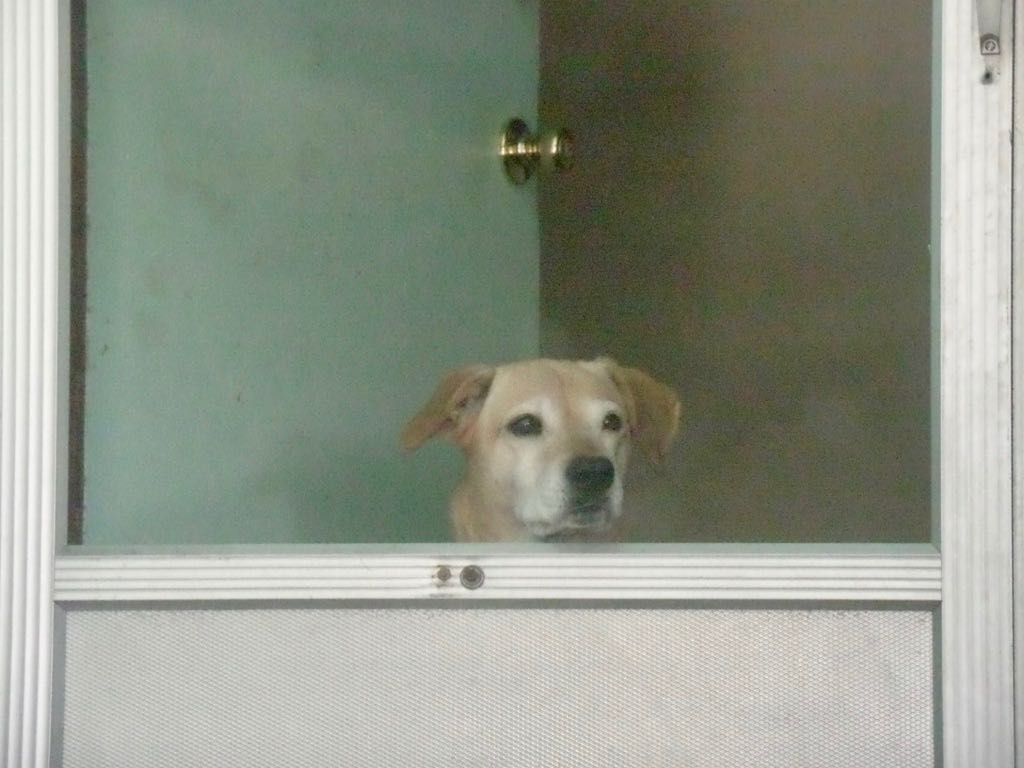 ``Where the dickens have you been?'' MWS's dog watches him arrive back home.

Trivia: Only ten states named electors to the first election of George Washington. New York's state legislature, between House and Senate, could not agree how to select them. Source: From Failing Hands: The Story of Presidential Succession, John D Feerick.

PS: Using my A to Z Archives: Taylor Series, the rare mathematics entry for me that isn't about tiling anymore.