Behind the tent, the hired hand tightens his legs on the sword swallower's blade

bunny_hugger's birthday and as celebrations go, it was ... inferior to one spent at Bronner's. Or as we might have done were there not a pandemic on, waiting for the weekend and going to Indiana Beach for their closing weekend.

Instead, she walked a virtual 5K for the ASPCA. And we went to Horrock's to restock on vegetables and such. She had reading group, with friends at work, and that took several hours from the day. She also got to play some Animal Crossing, where her villagers gave her a surprise party while her avatar was still wearing her Immanuel Kant costume from Halloween. The villagers hummed almost tunelessly, much like I do, and danced with the same kind of moves I have, except they move their legs.

For dinner? We prepared a rare treat, and got pizza delivered. This from Papa John's, a local place completely unconnected to the evil national chain. In fact, the local Papa John's fended off Evil Papa John's, forcing them to use a different name for the brief while they tried to colonise the Lansing area. So besides being a victory for good, it was also a really hot, fresh-made pizza. The place is (without exaggeration) maybe three blocks away so apparently we're first on the delivery route.

Also, this was our first delivery or take-out or restaurant food of any kind, excepting popcorn and pretzels from the drive-in theaters, since the pandemic started.

For presents? The biggest, in distance travelled, came from

reynardo, who long ago --- before the pandemic! --- sent an Advent calendar that's been sitting in reserve.

bunny_hugger asked where I'd been hiding it, then withdrew the question, aware that I might have need to hide other things for a finite time.

And from me I was able to offer a couple little things. In amusement park stuff, a fridge magnet from Seabreeze that I'd kept in secret since June 2019. And a park map for Michigan's Adventure from 1998, the year they built Shivering Timbers. Also the year that a derecho blasted through and destroyed the Muttley's Putt-Putt car ride and did other damage to the park. The old map is fascinating, not least because it reveals the park --- then an independent --- used to have a ride named for Muttley, and some attractions named Animaniacs and Flintstones. We think those last two were midway games, based on how small they are, but still: why all the Cartoon Network properties?

I could give some music, too. A vinyl of the Kinks' Preservation Act One. A CD, also, that I had left on her pillow to discover as she went to bed. This one from Rhino's series, back in the 90s, celebrating New Wave music. And a DVD, one that I warned before opening that I hoped she would find in good taste. The movie is, of course, Lisztomania, directed by Ken Russell and starring Roger Daltrey. Features Ringo Starr as the Pope, and also Rick Wakeman because why not. So we're excited for how this might all turn out.

Now for one last look at the Calhoun County Fair, 2019. 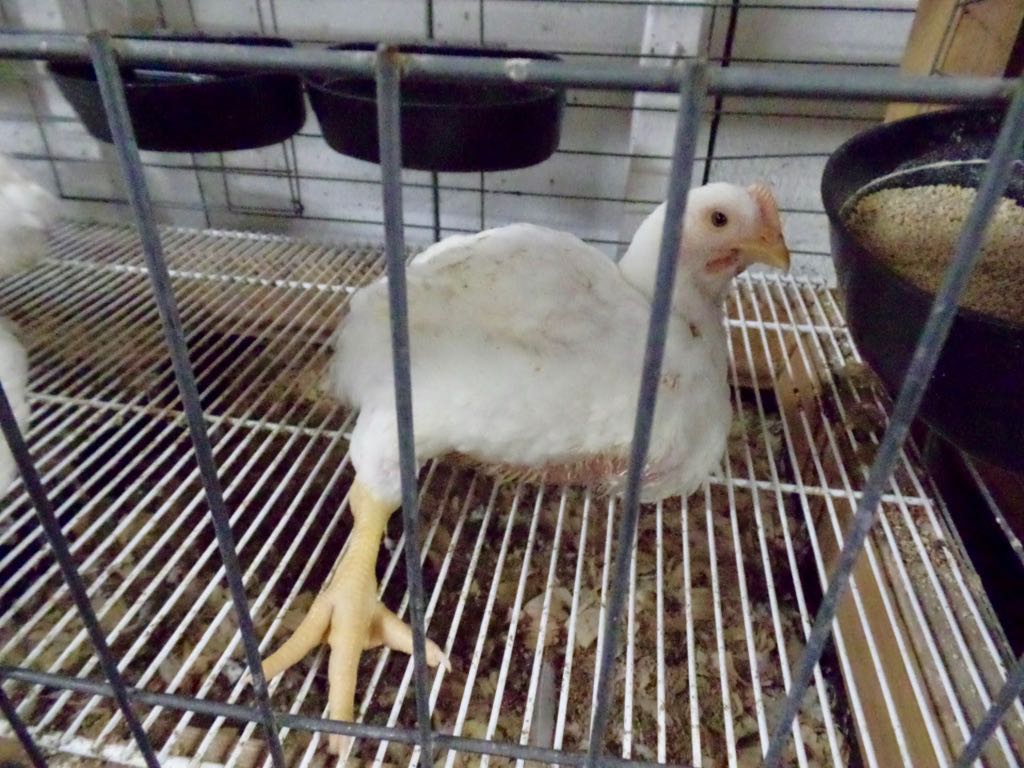 And here's one chicken practically daring me to touch its foot. Pretty sure it's a trap. 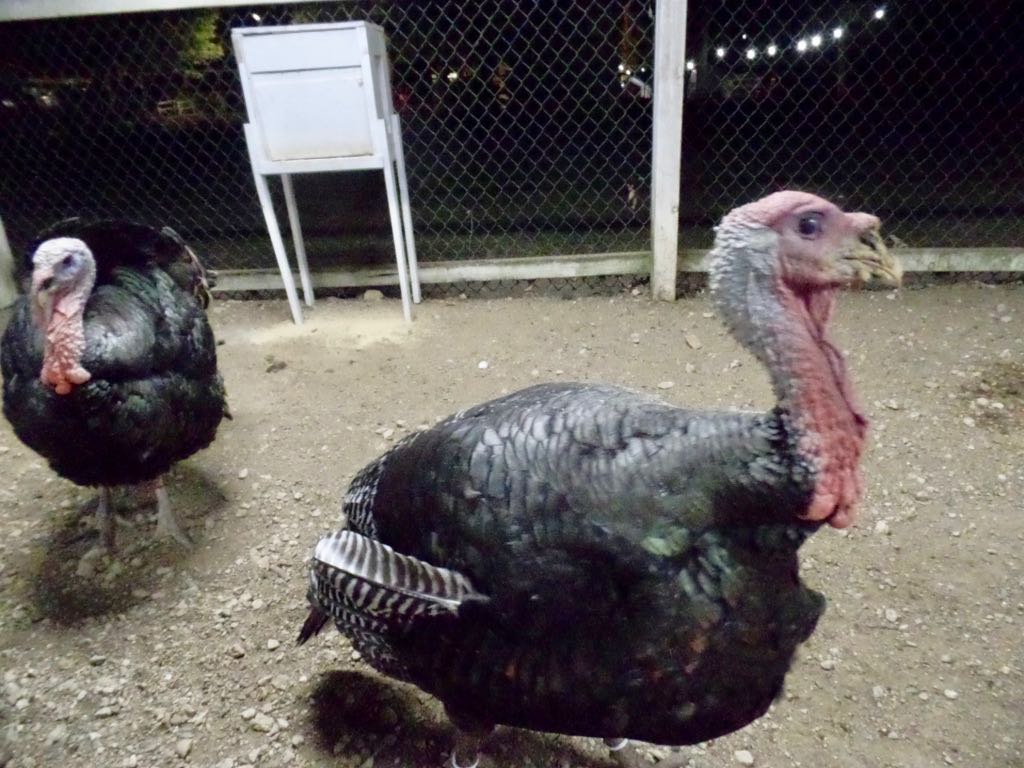 Turkeys not at all sure they want me photographing them. I remember the one that pecked my camera the previous year! 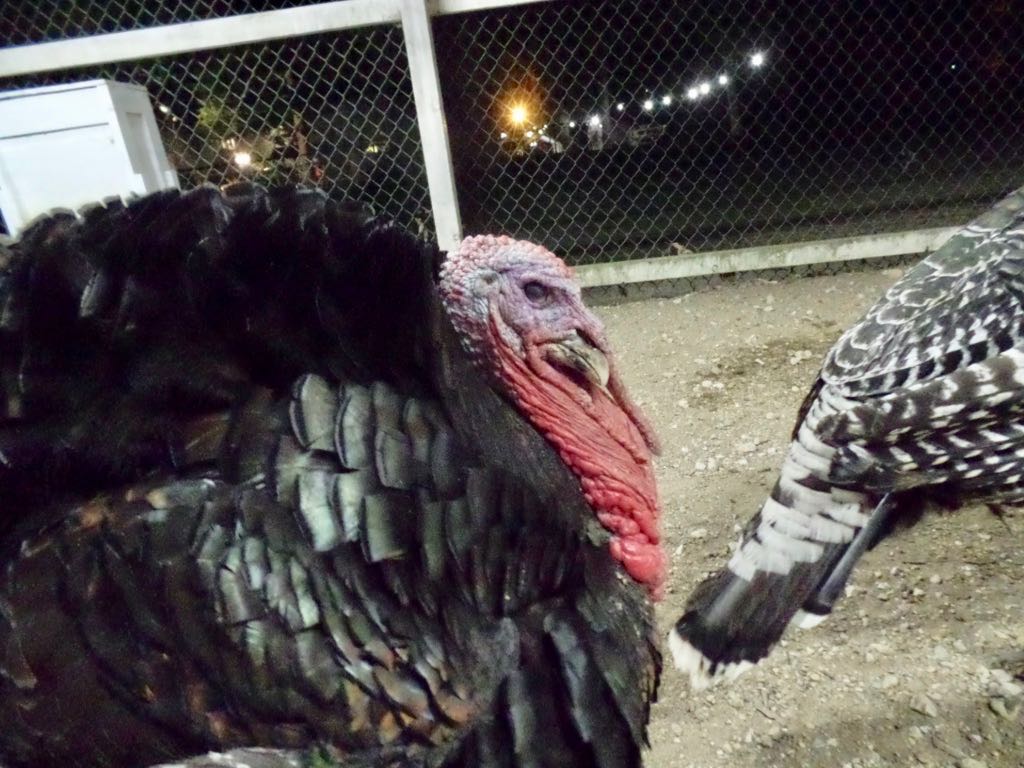 Turkey who's completely past caring whether I photograph them. 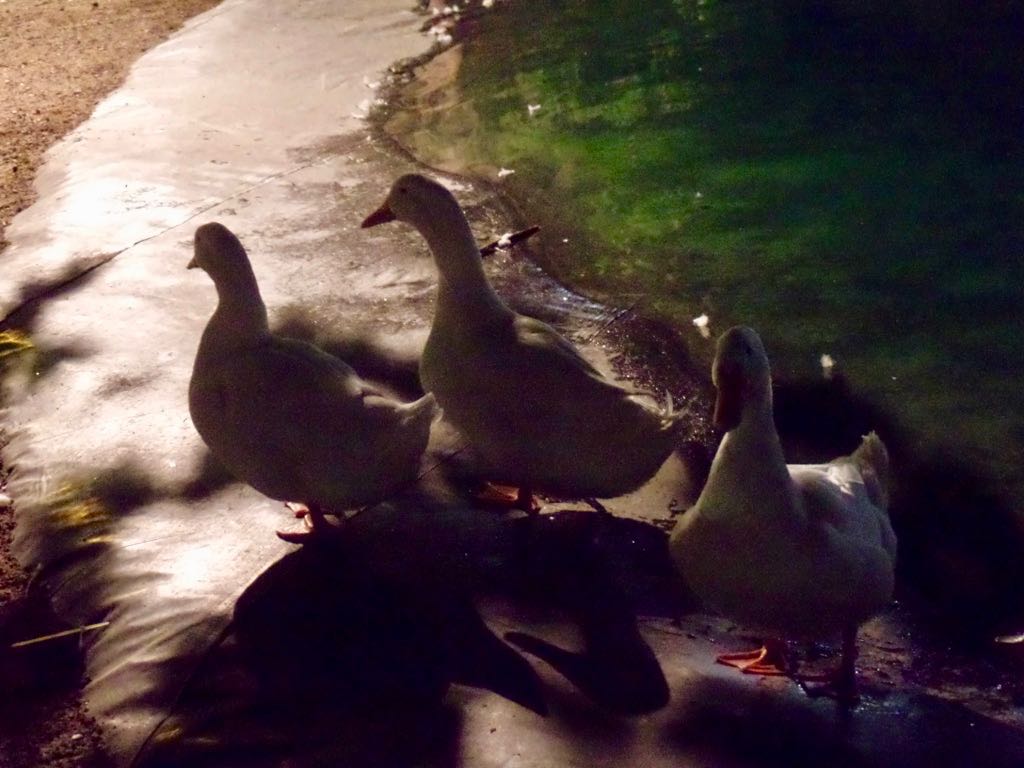 The ducks clock out of the pond for the night and head off to enjoy the evening at the fair. 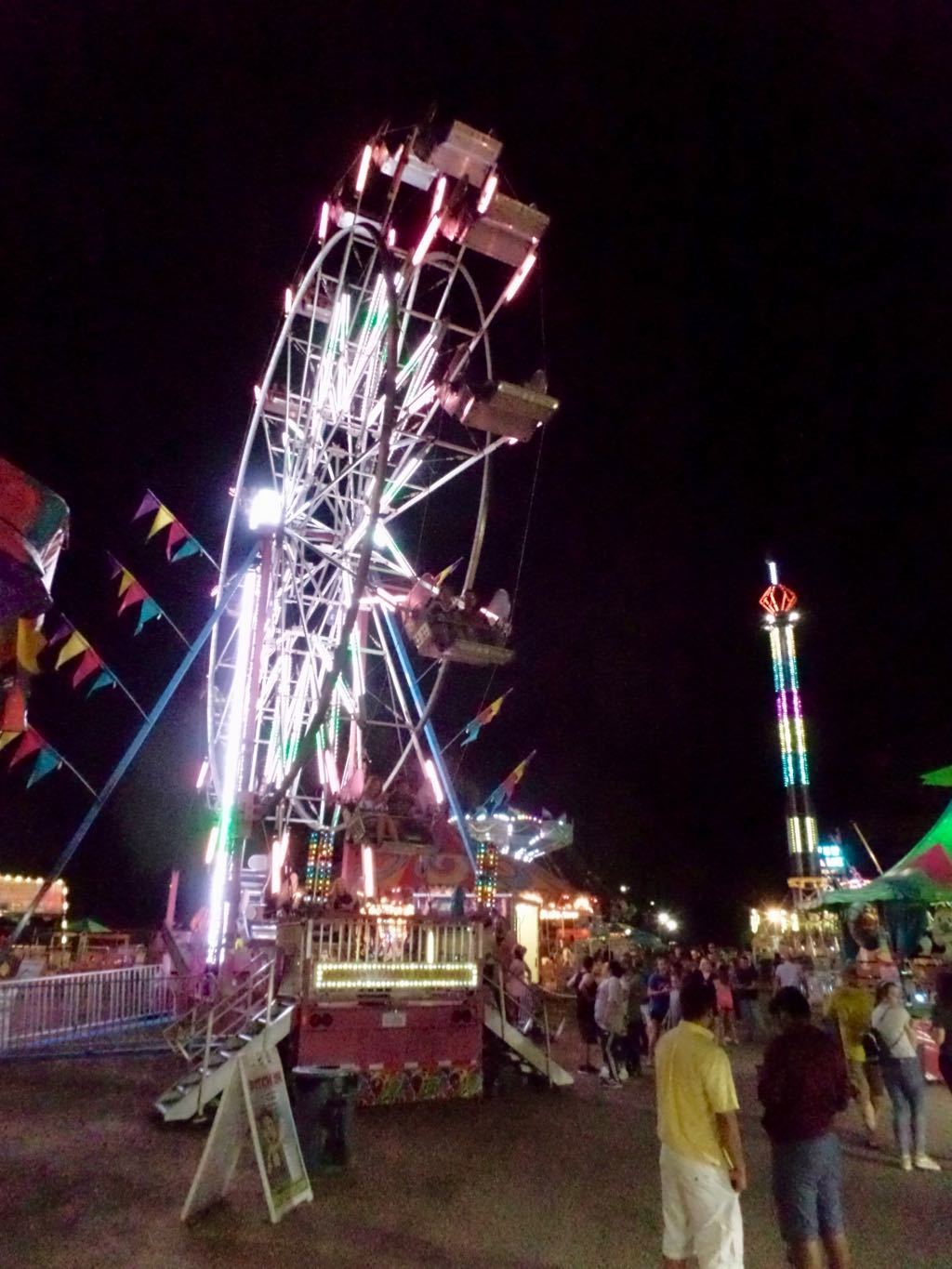 And we go back to the rides! Here's the Ferris wheel and the drop tower again. 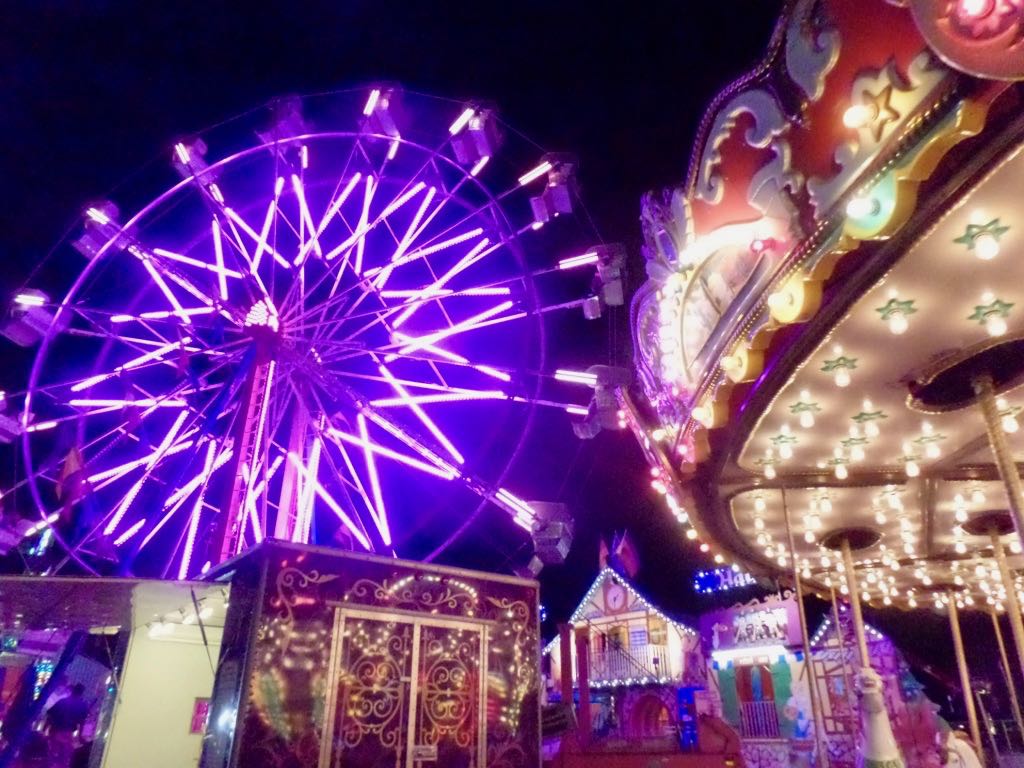 Ferris wheel, Merry-Go-Round, and the fun house in the background, all lit at once. 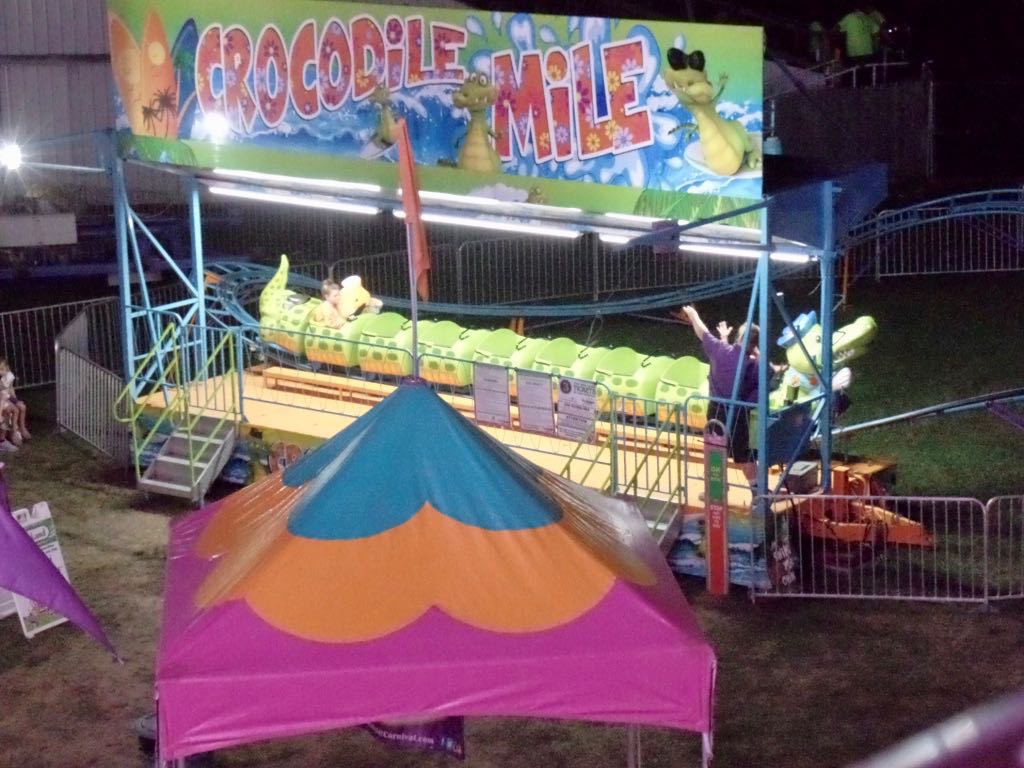 View from the Ferris wheel of a lone rider on the Crocodile Mile kiddie coaster, with a giant stuffed doll. (I believe there's actually another rider in the front seat, but still, here's a good album cover for you.) 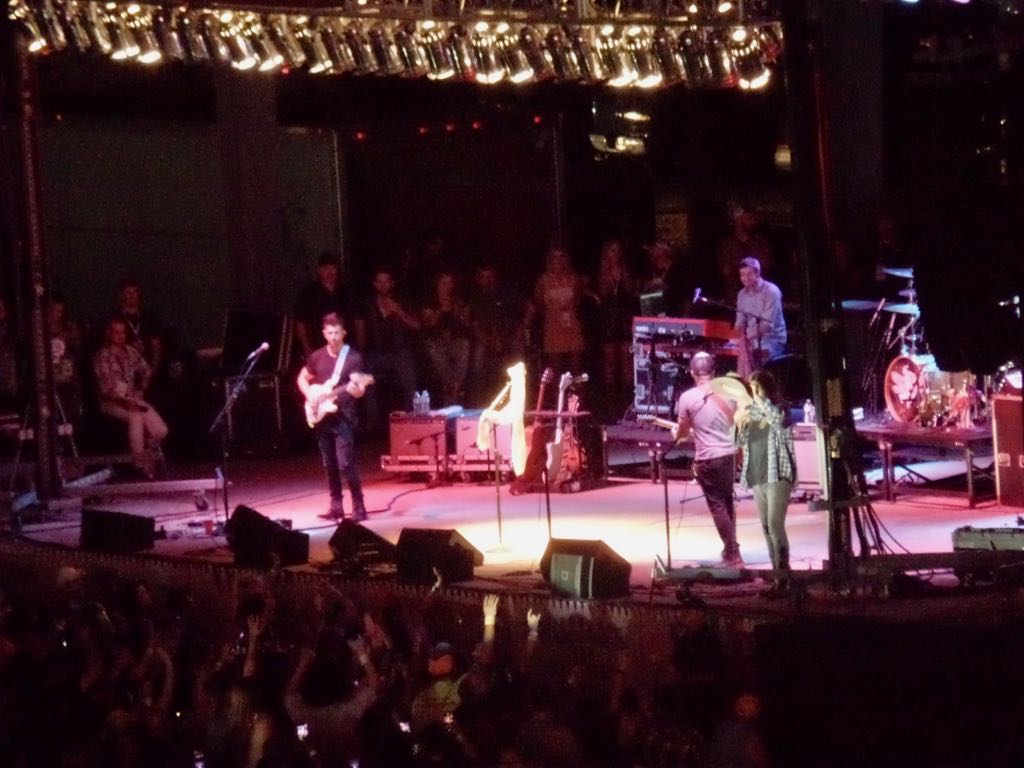 The Ferris wheel let us get some glimpses of the concert, which had started at like 7 pm Tuesday and was projected to go on for three weeks or so. This sort of photo opportunity is why I buy the most optical zoom in my price range. 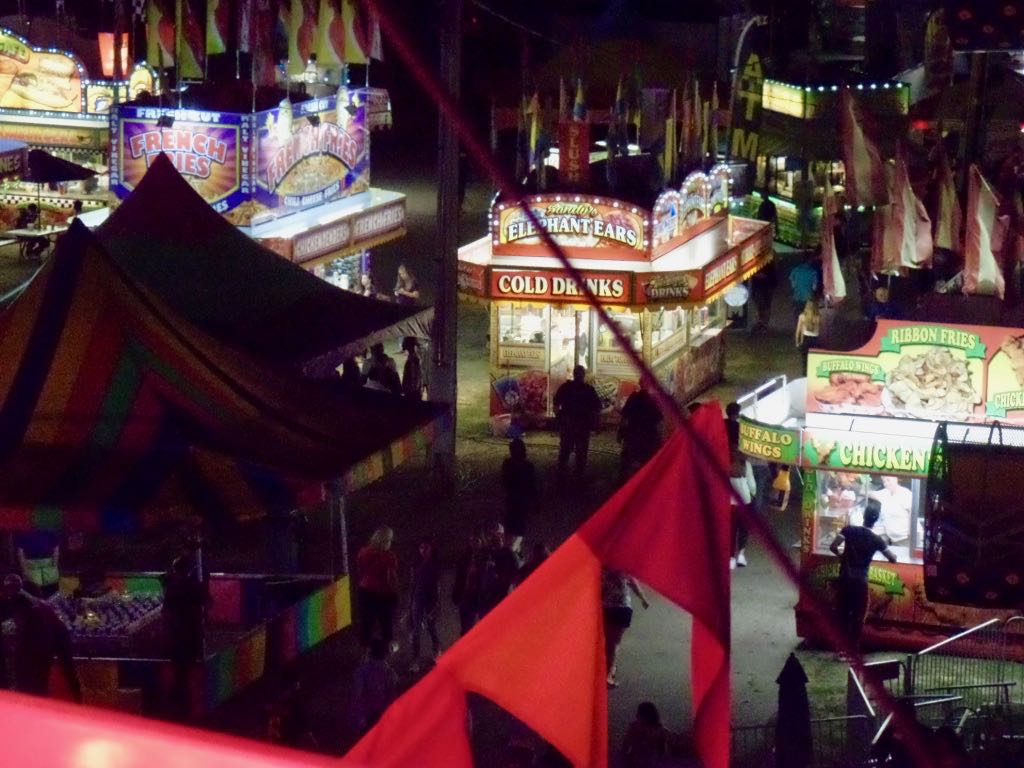 Peering down the midway from the Ferris wheel. 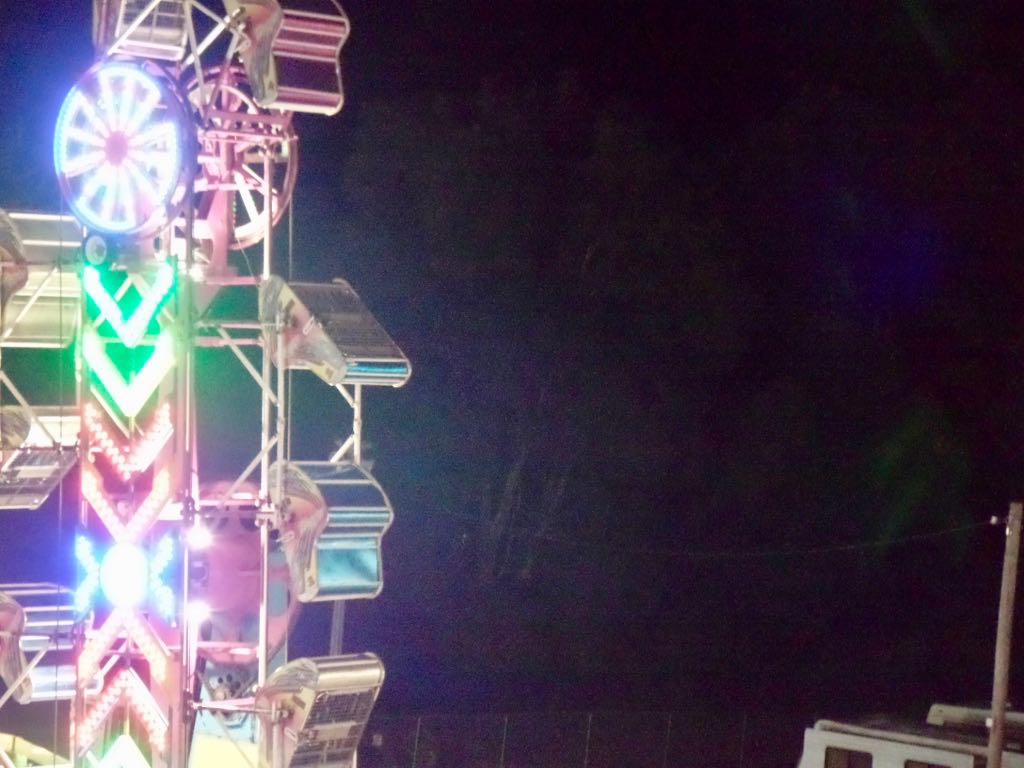 The Zipper at vertical. This would also be a good album cover. 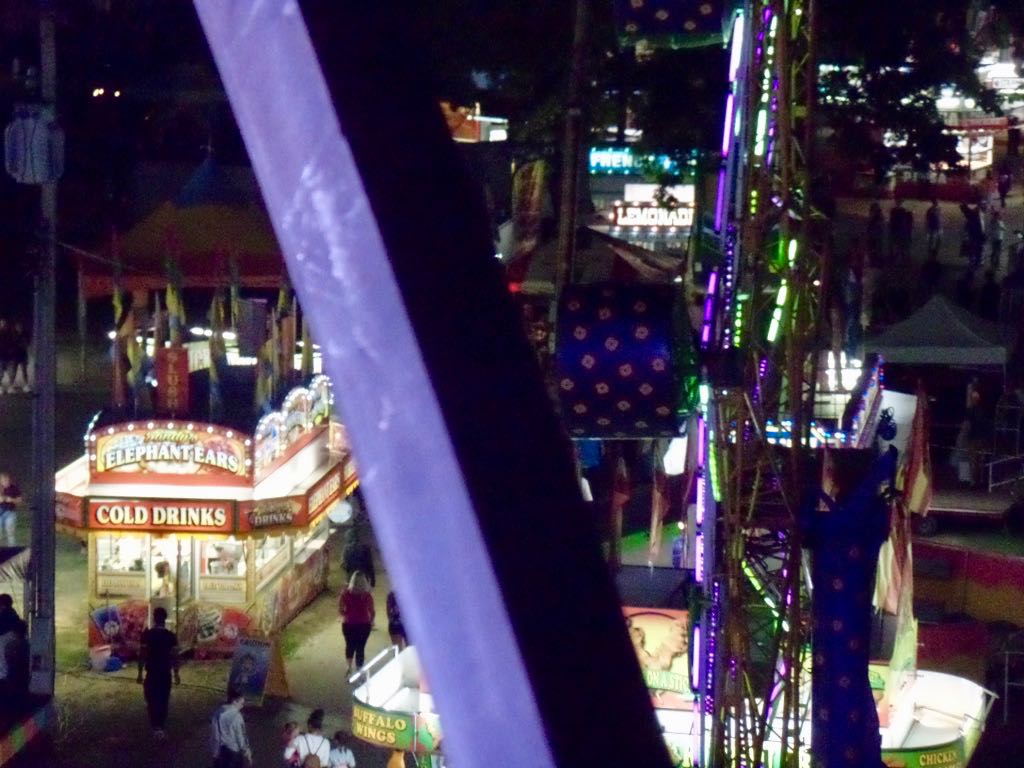 Again looking at the midway with more view of the Ferris wheel structure. 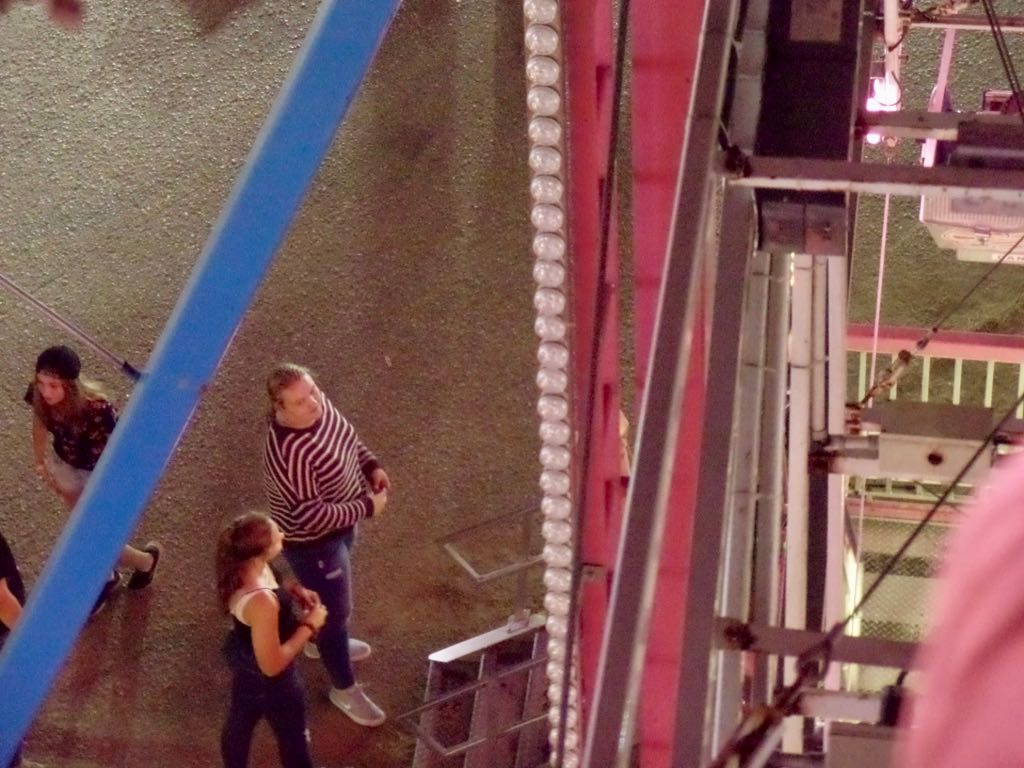 Couple people coming up to the Ferris wheel. 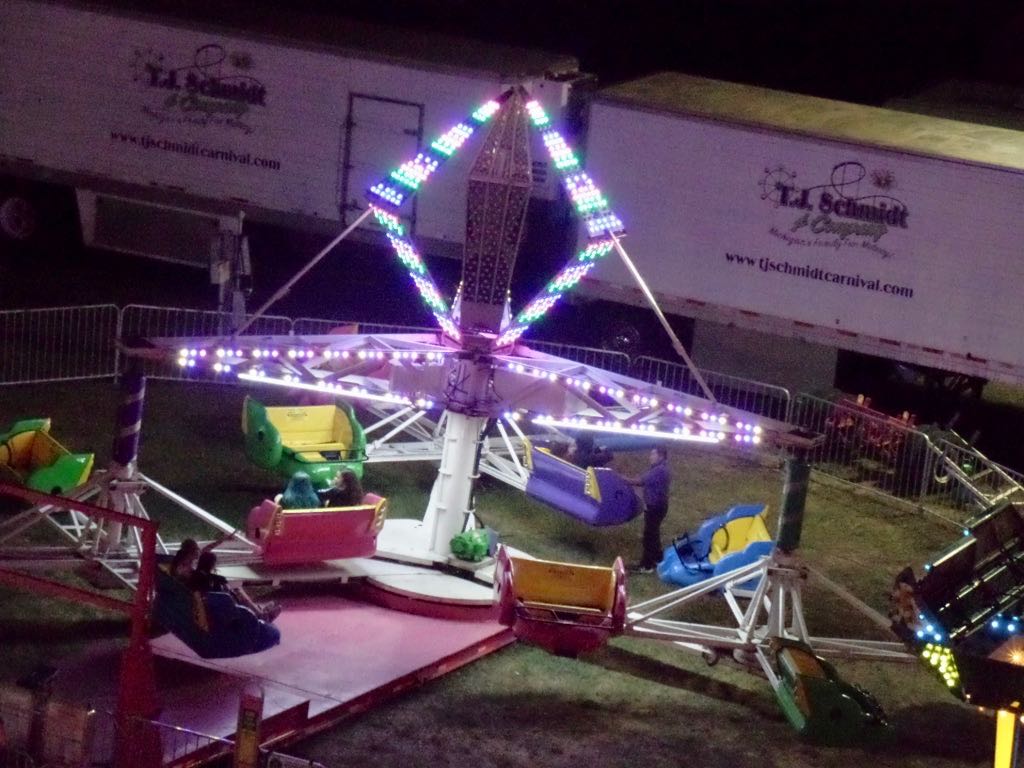 Looking down on --- not the Scrambler, but an equivalent ride from a different maker. 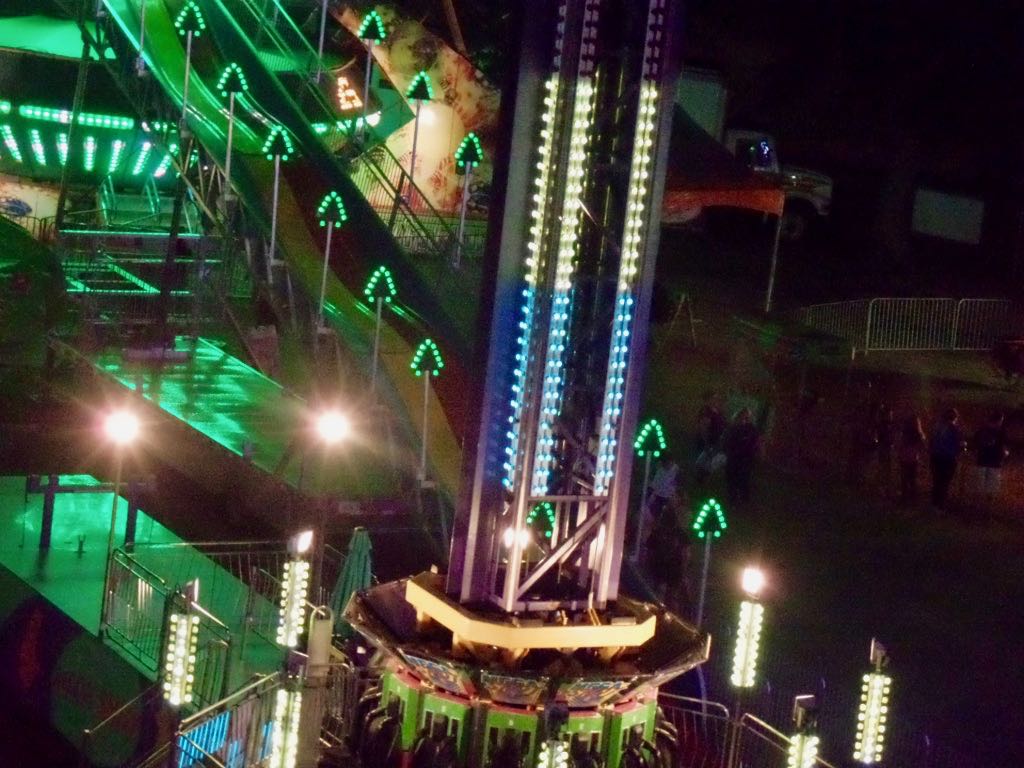 And a last look at the drop tower and the end of the Nuf Edils.

Trivia: While producing George of the Jungle, Jay Ward launched a subsidiary recording label, the Mother's Records and Snarf Company. Leah Cohen, sister of Cass Elliott, was to run the operation. Though Teri Thornton recorded several songs nothing came of the project. Source: The Moose that Roared: The Story of Jay Ward, Bill Scott, a Flying Squirrel, and a Talking Moose, Keith Scott.

PS: Using my A to Z Archives: Ulam's Spiral, a thing that makes a great picture, not included. But a good bit of recreational coloring if you'd like!