As we walk down Salvation Road

And now, let's close out the August 2019 visit to Michigan's Adventure, with something that considerably surprises me. 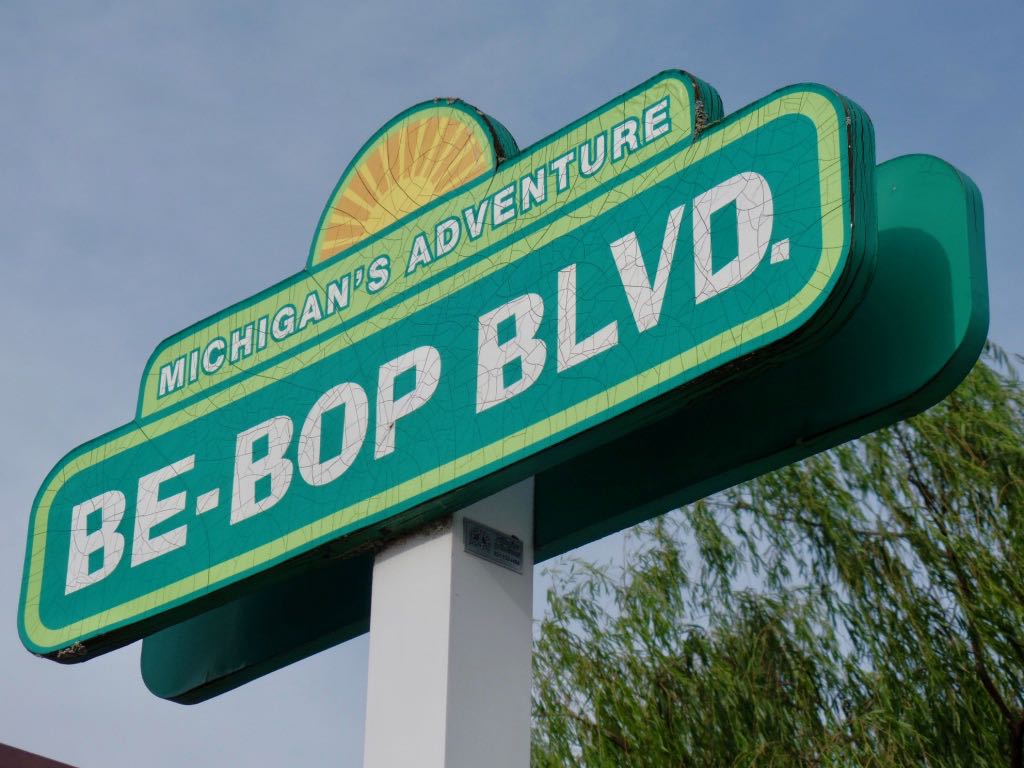 They had not yet taken down the ride sign for Be-Bop Boulevard. This cars ride was the last significant thing put in by the pre-Cedar-Fair ownership of the park; it replaced the Muttley's Putt-Putt car ride damaged in the May 1998 Tornado-and-Derecho outbreak. 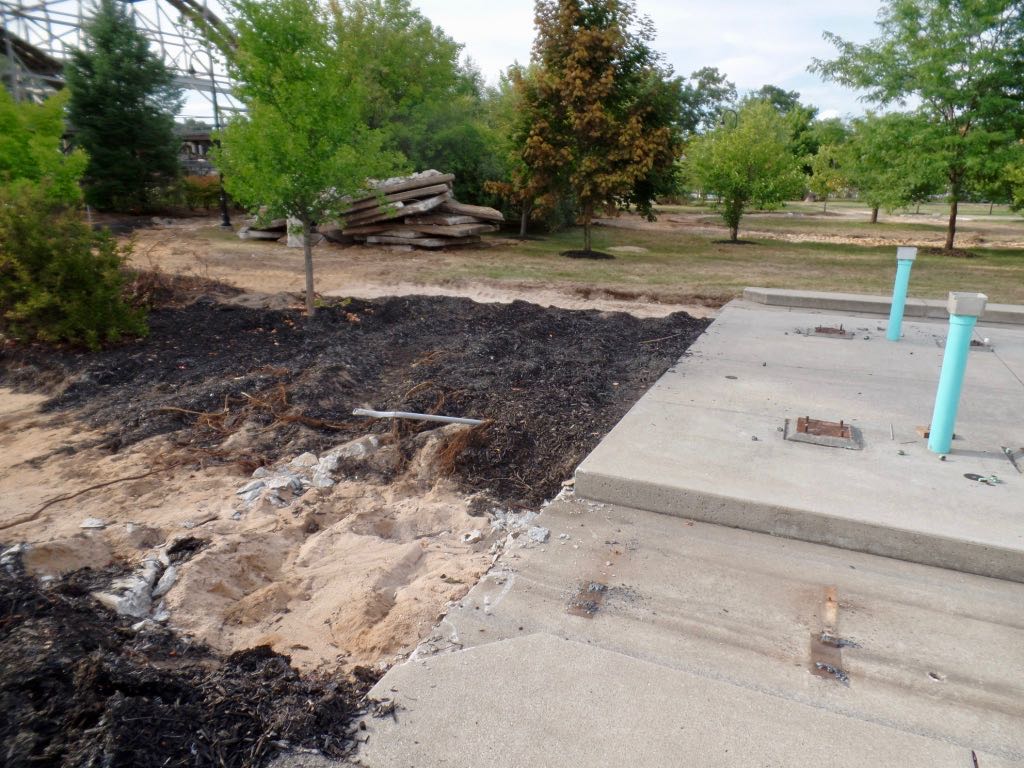 The cyan posts are about where the queue ended; you can see the ghost of the metal wire tracks that the cars rode along. 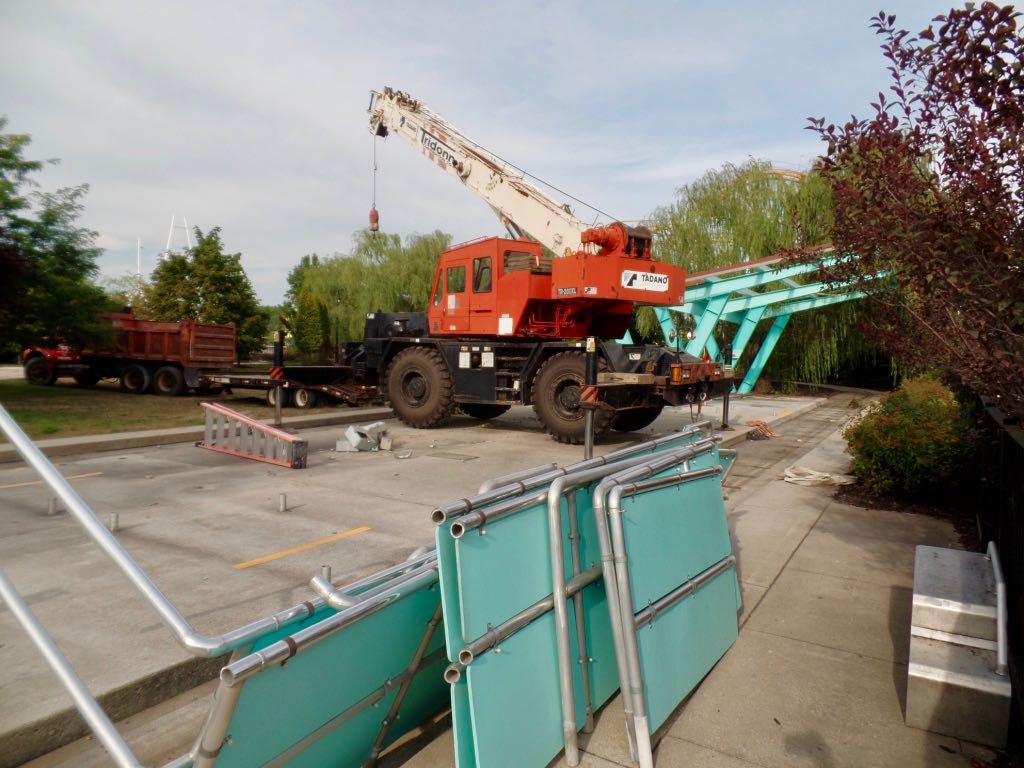 Vehicle caught in the middle of taking apart the ride. What's left of the loading station shelter is in the distance. 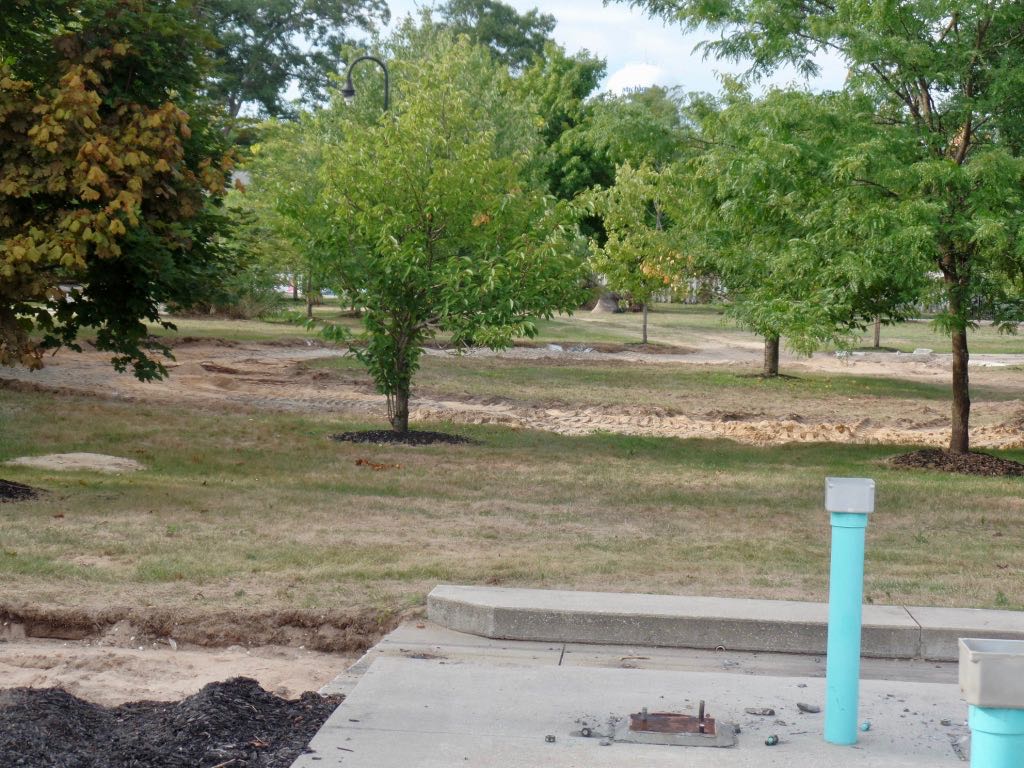 They'd torn up most of the track, so at this moment, you could see the path that the ride used to use. 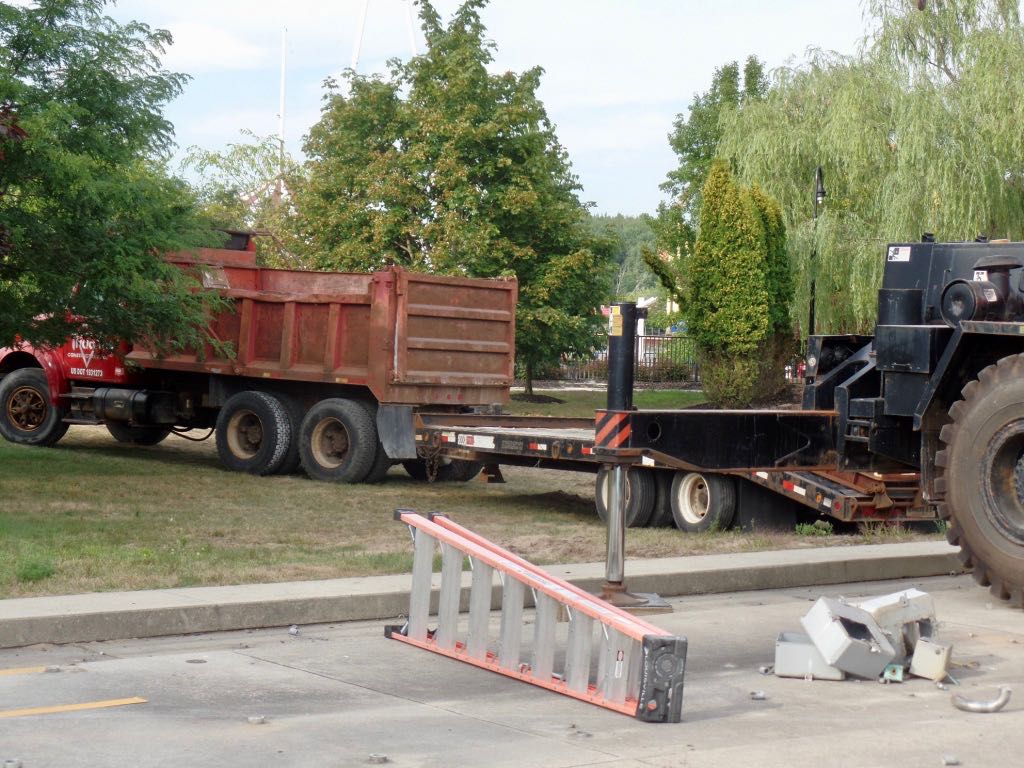 Construction or demolition equipment. They seemed to be trying not to demolish trees. 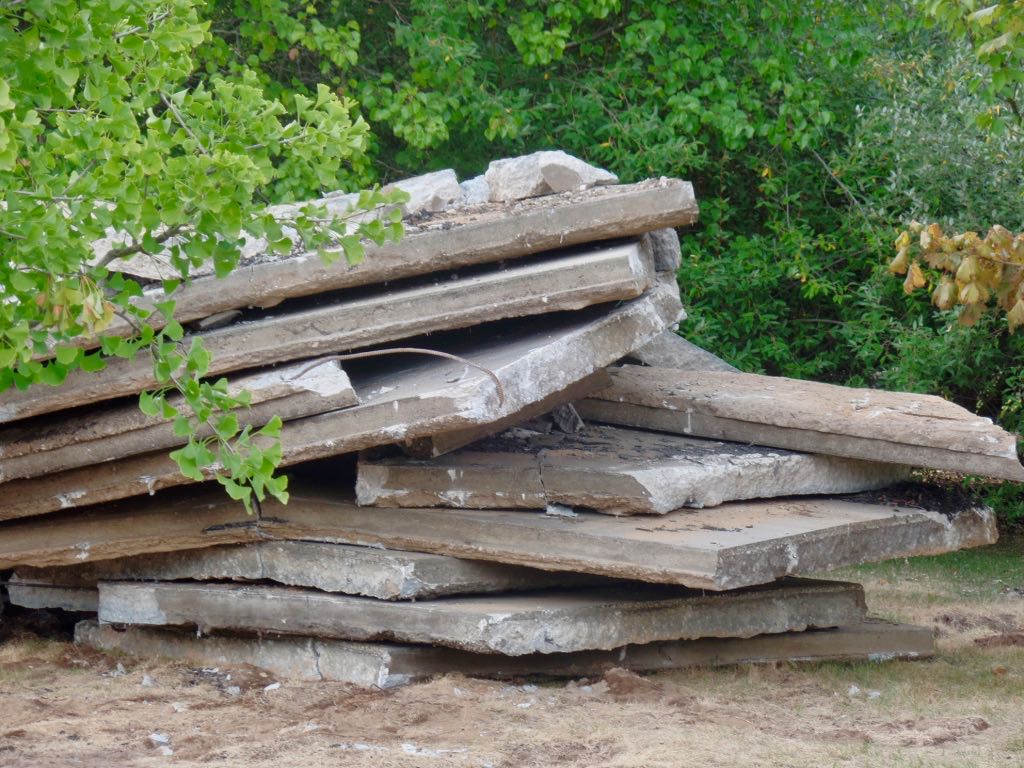 Heap of the concrete slabs dug up from the ride. 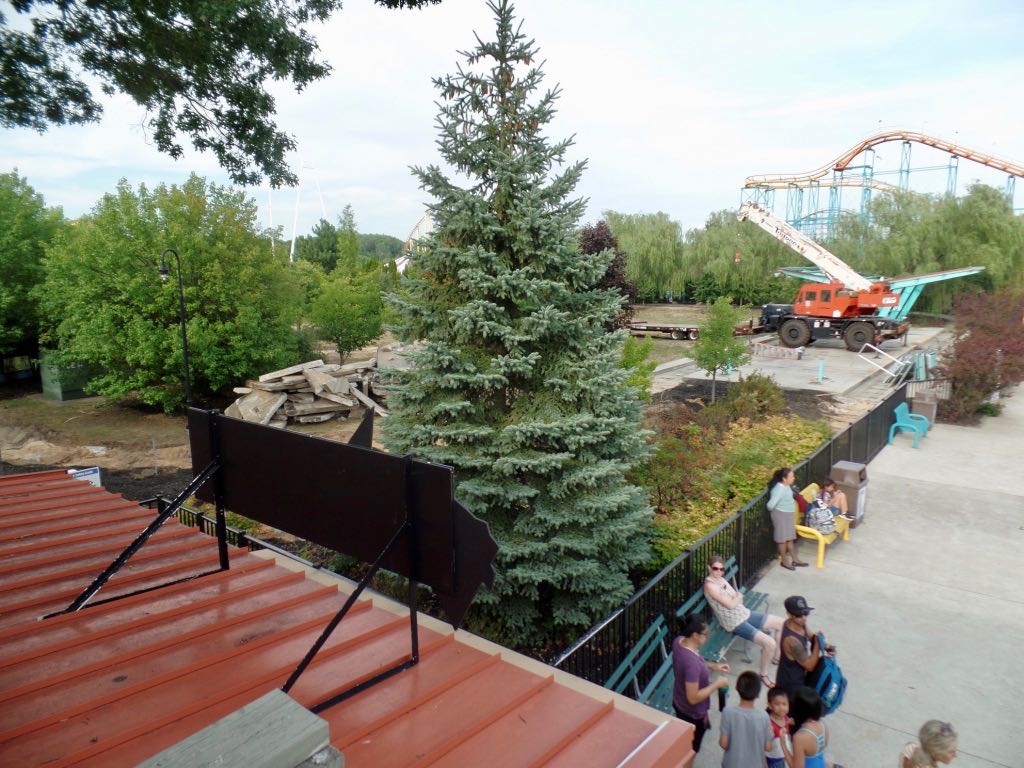 Zach's Zoomer, the great junior wooden coaster, has an elevated station and that let me get this view down on what used to be Be-Bop Boulevard. 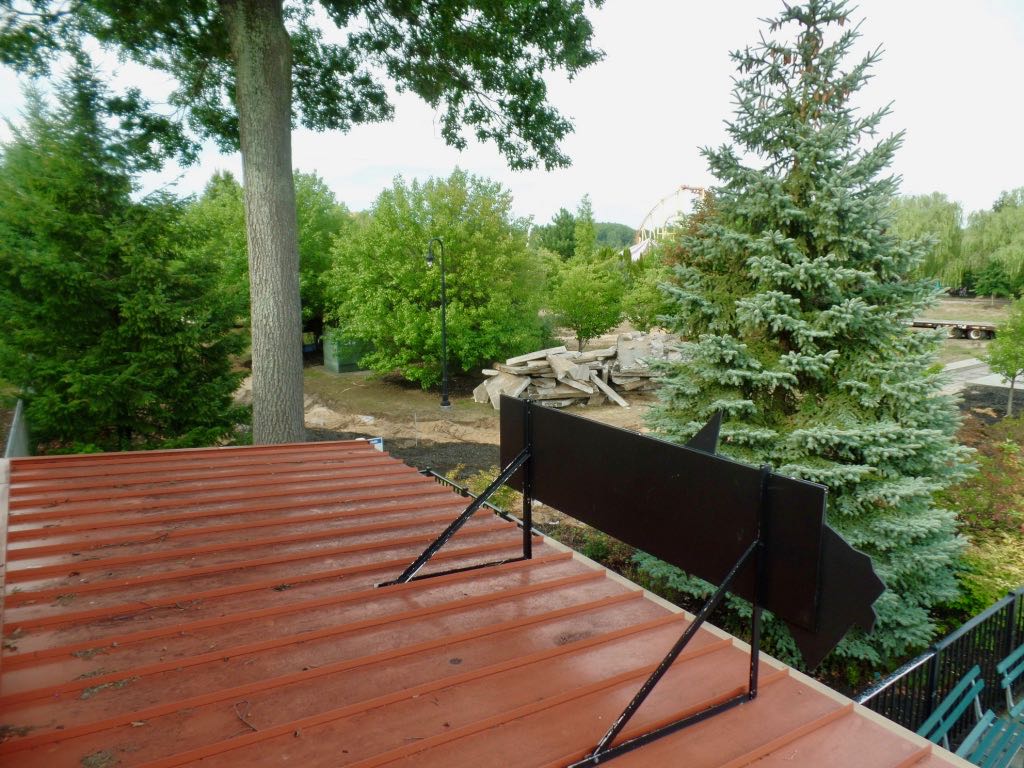 Looking from Zach's Zoomer out at what had been the return leg of Be-Bop Boulevard. 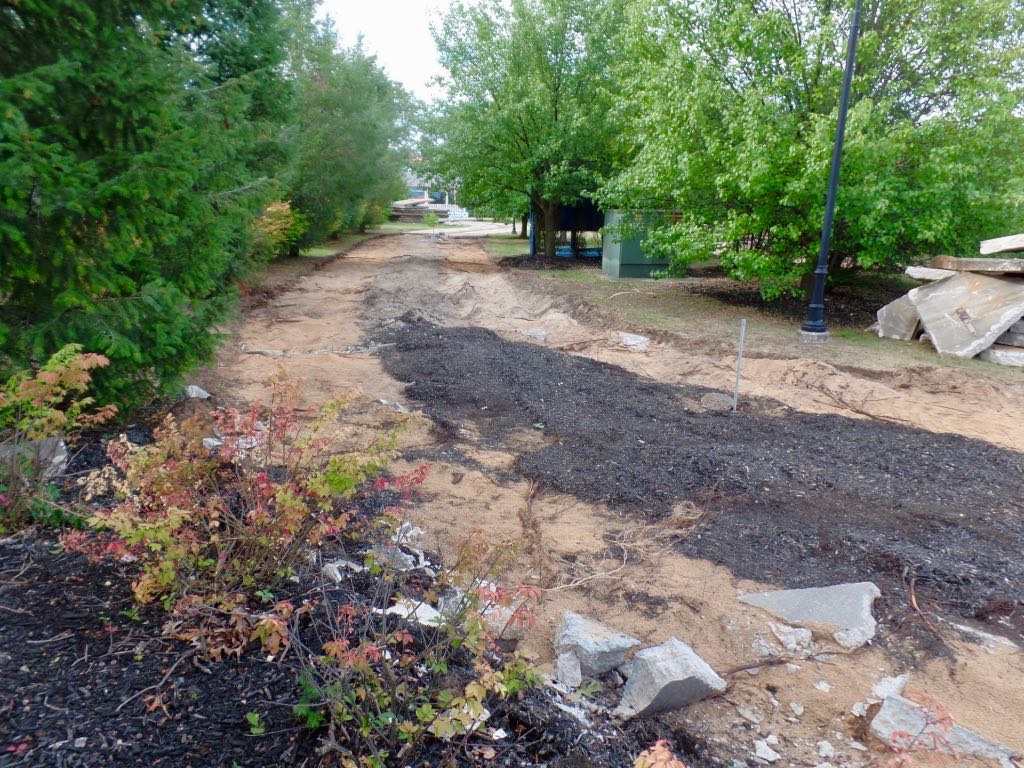 Part of the trail of Be-Bop Boulevard, and heaps of stone dug up from it. 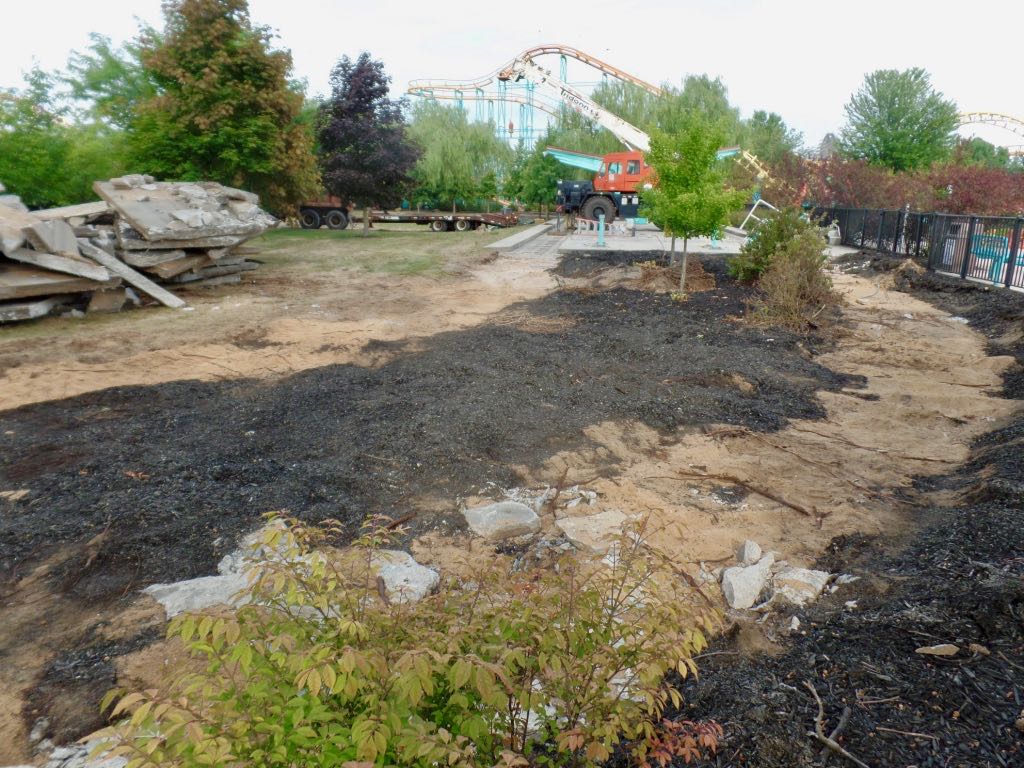 I did a quick little panoramic shot of the boulevard's remains. 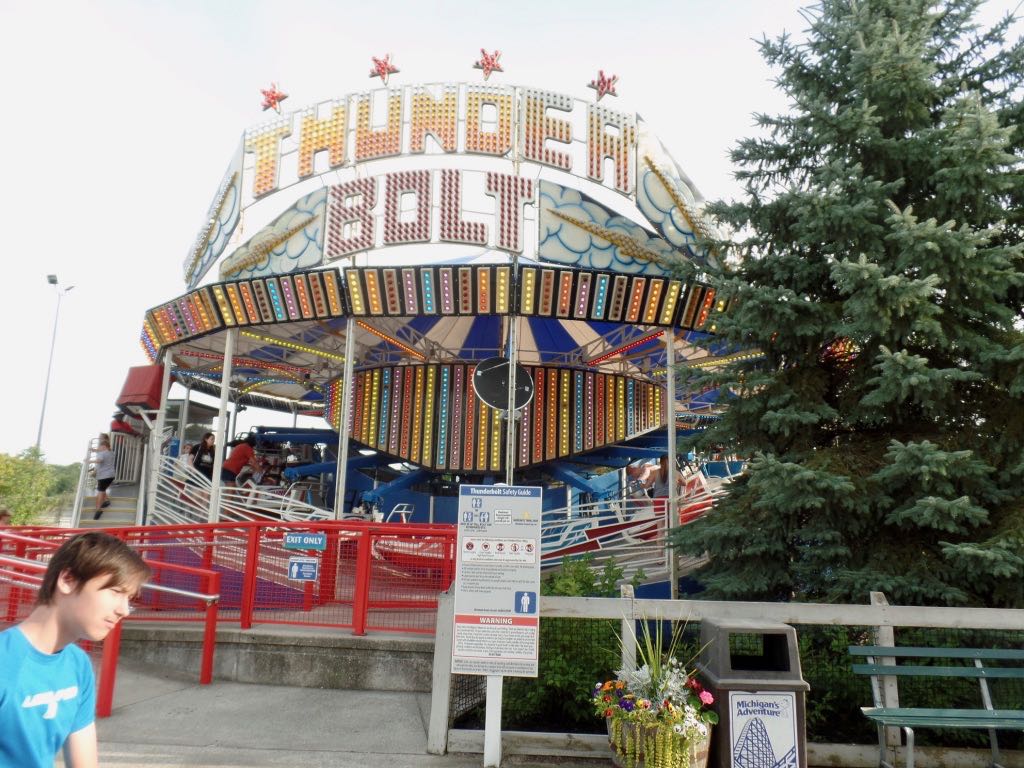 We went back to Shivering Timbers for the last ride of the day. But along the way, noticed that Thunder Bolt had gotten a major repair job done to its lights! It hasn't looked this good in years!

And this is the amazing thing: I don't have any after-sunset pictures! We usually go to Michigan's Adventure in late August or early September for that tiny window when the park, which has almost no lighting, is dark, but no, they're not there. I don't know how to explain this.

Trivia: In discussing calendar reforms in 1923, the Eastern Orthodox Church considered a Romanian proposal to implement leap weeks. It was rejected largely because it would require abandoning the Easter computus. Source: Marking Time: The Epic Quest to Invent the Perfect Calendar, Duncan Steel. (Leap week schemes typically set a common year as exactly 52 weeks --- 364 days --- with a 53rd week added every five years, except if the year is divisible by 40 and not divisible by 400.)