And we'll all join hands

The first ten days of November, besides being an embodiment of the ``Crash/Whale Fugue'' section of the Star Trek IV soundtrack, were also extremely warm. Like, in the 70s most days, and somehow despite that only the second-warmest start to November on record (at least at Detroit). We took advantage of Sunday, a warm sunny day, to visit

bunny_hugger's parents at their home. We can't imagine there will be many more decent days.

We're hoping to quarantine strictly for 14 days before Christmas, so we can spend time with them in their home, but we can't count on that being accomplished and we can't expect there to be any visitable days with them before, well, maybe March, more likely April. It was a chance to celebrate

So it was another afternoon spent in their side yard, with their dogs running around in excitement at everything, including squirrels. And grilling vegetarian burgers, only one of which (his own) that

bunny_hugger's father dropped on the ground. We really need to set up a TV tray for taking stuff off the grill.

bunny_hugger thought about proposing we play Mice and Mystics outdoors --- we haven't touched the game since the last time we spent a day in their home, the 14th of March --- but thought it was likely to be too windy for that. It turned out not to be too windy, but I'm still terrified by the prospect of playing a card-based board game with lots of little pieces out of doors.

Her father called it maybe the best day we'd had of chilling-and-grilling. He's probably right. It wasn't too hot or threatening of storms or anything. It was just a very comfortable time, with enough breeze often enough to stay comfortable. While the day had to end sooner than any of our other visits --- not much sense staying after sunset --- it was that nice. If we have to head into the plague winter at least we can head in after a happy day.

With that visit to Michigan's Adventure done, what would come up next on my summer 2019 photo roll? Well, of course; it's the ... 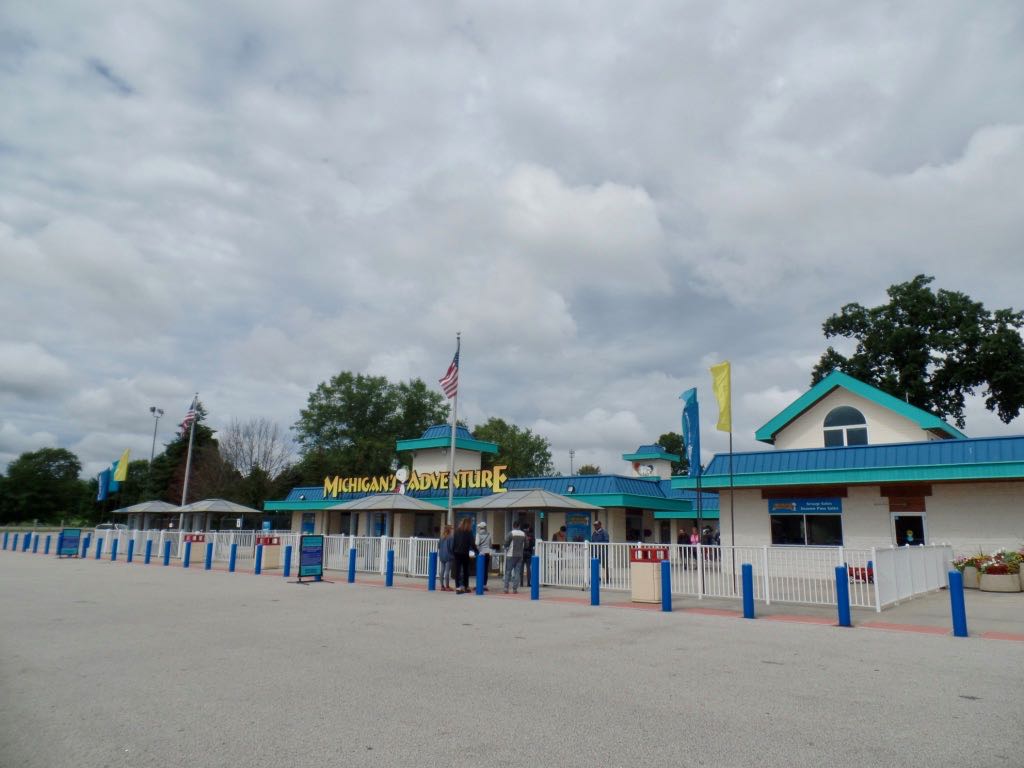 Entrance to Michigan's Adventure! We went back for the Closing Day of Michigan's Adventure's 2019 season, a week after Labor Day. The water park was closed and so while it was a quite pleasant day, the park was nearly deserted and quiet and it's nice having a park so nearly to ourselves like that. 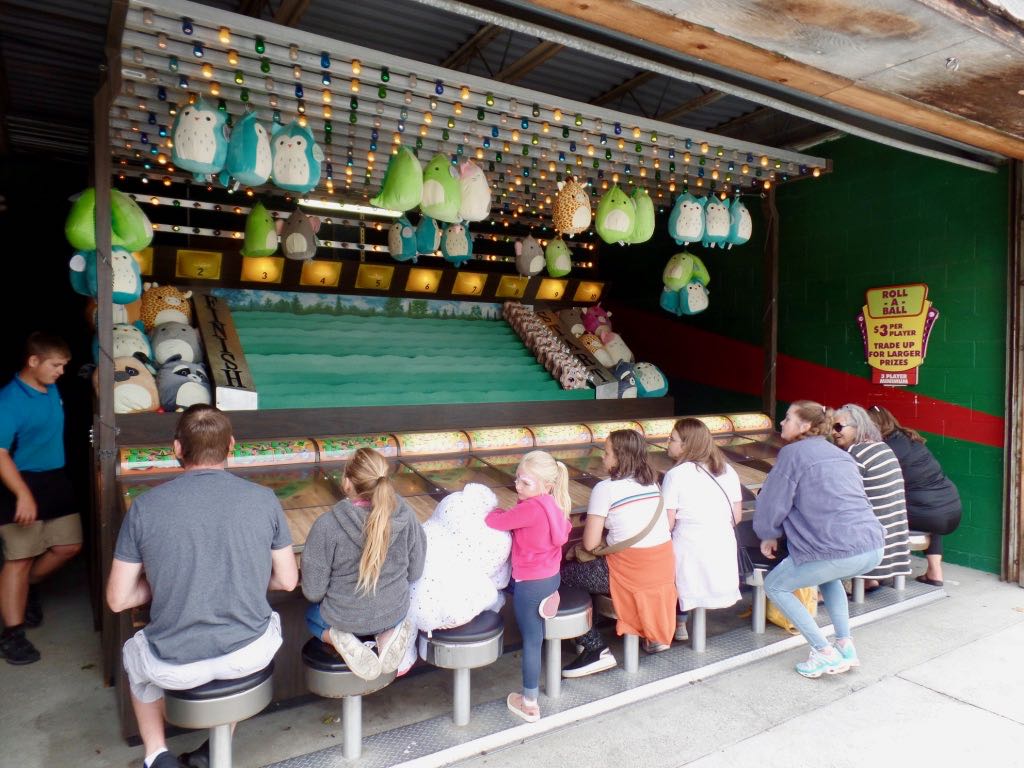 And yet the Roll-A-Ball midway game was packed! We never see midway games packed. 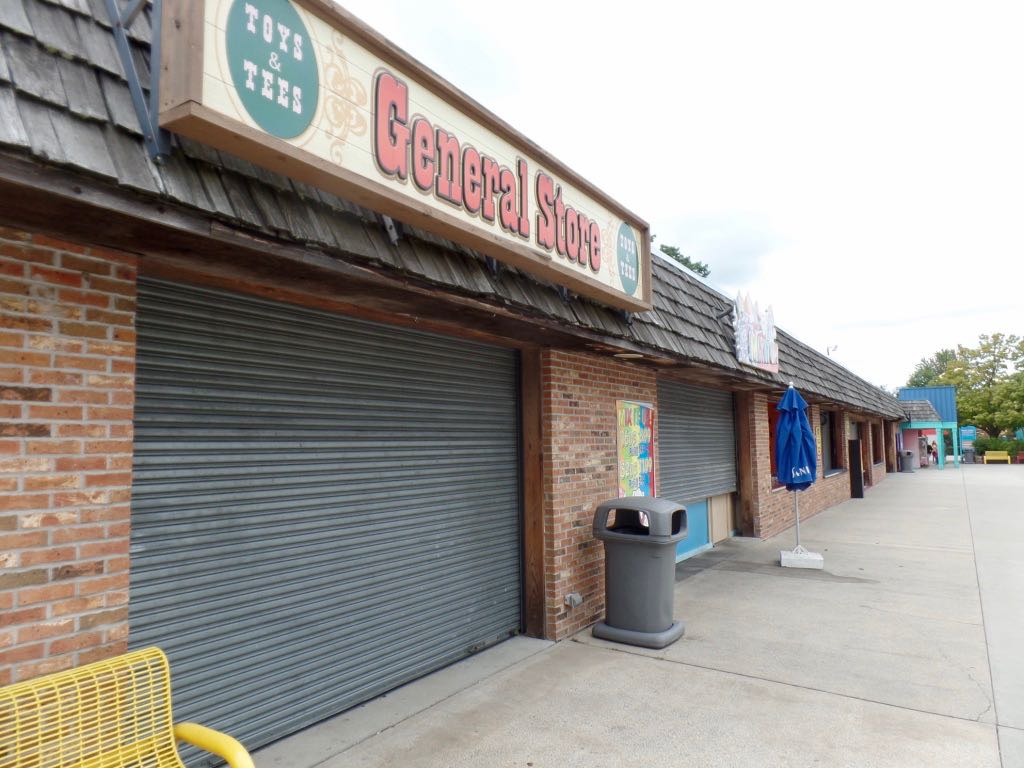 The General Store --- which, that 1998 map revealed to us, used to be the guest relations desk just inside the main entrance to the store --- was closed, foiling our thoughts of finding some weird souvenirs for the close of the year. 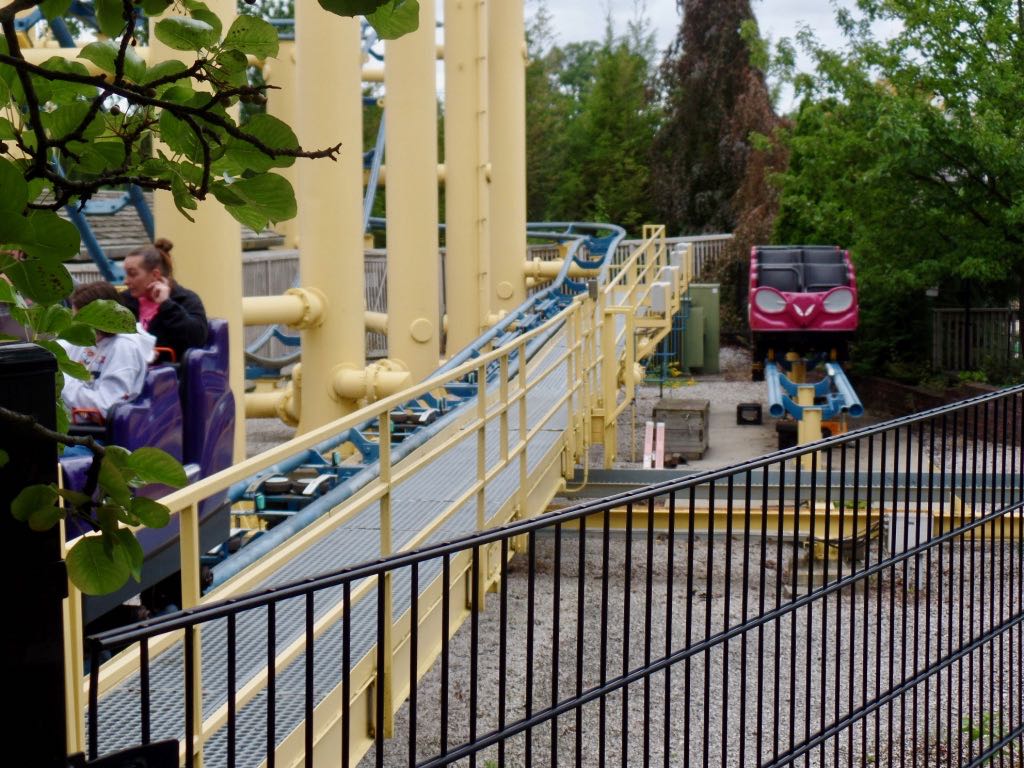 Mad Mouse was running well; here's the return leg and there's one of the Mad Mouse cars on the side track. 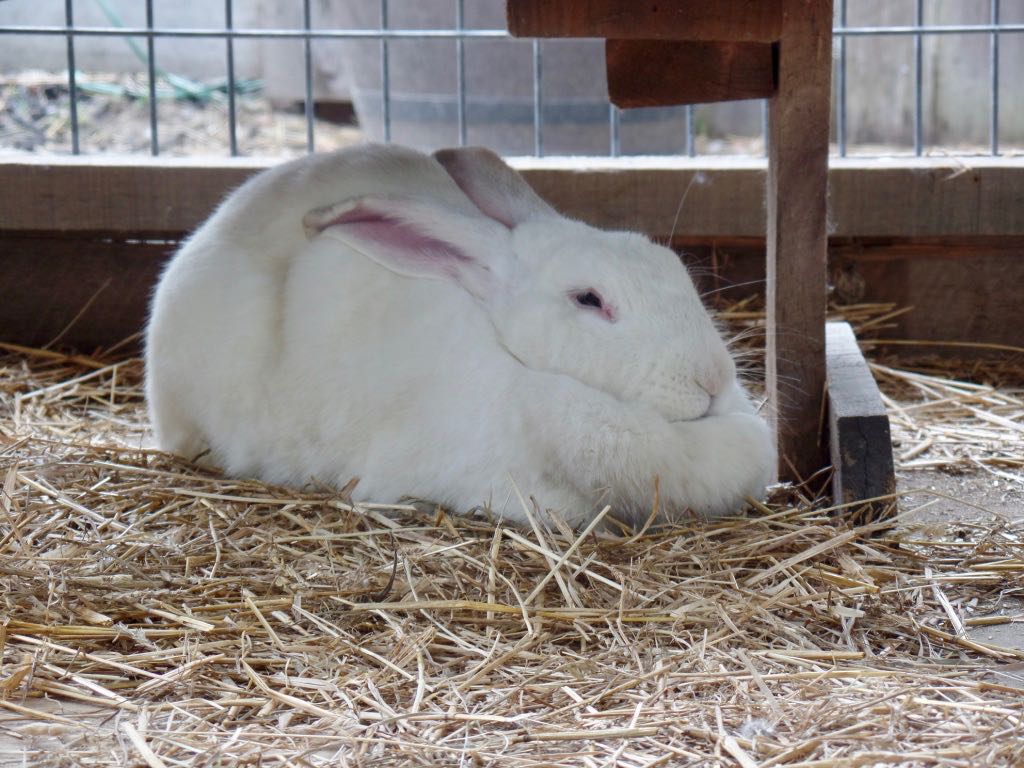 Back to the petting zoo, though, and a rabbit loafing under a little bench. 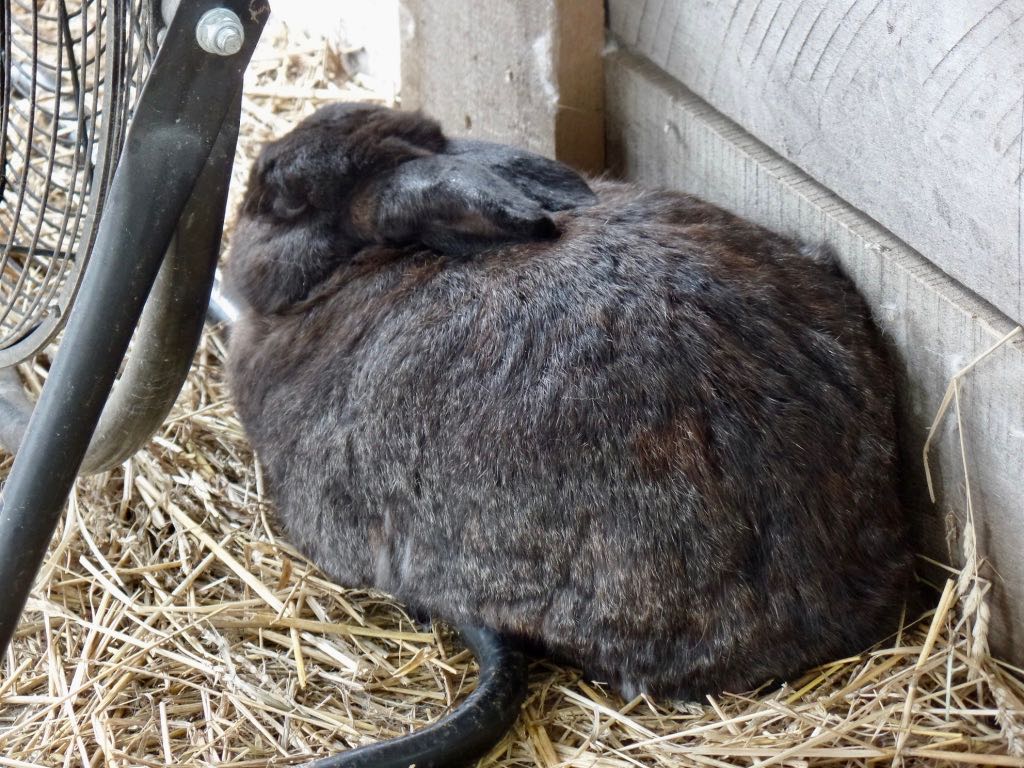 Rabbit plugged in to recharge. 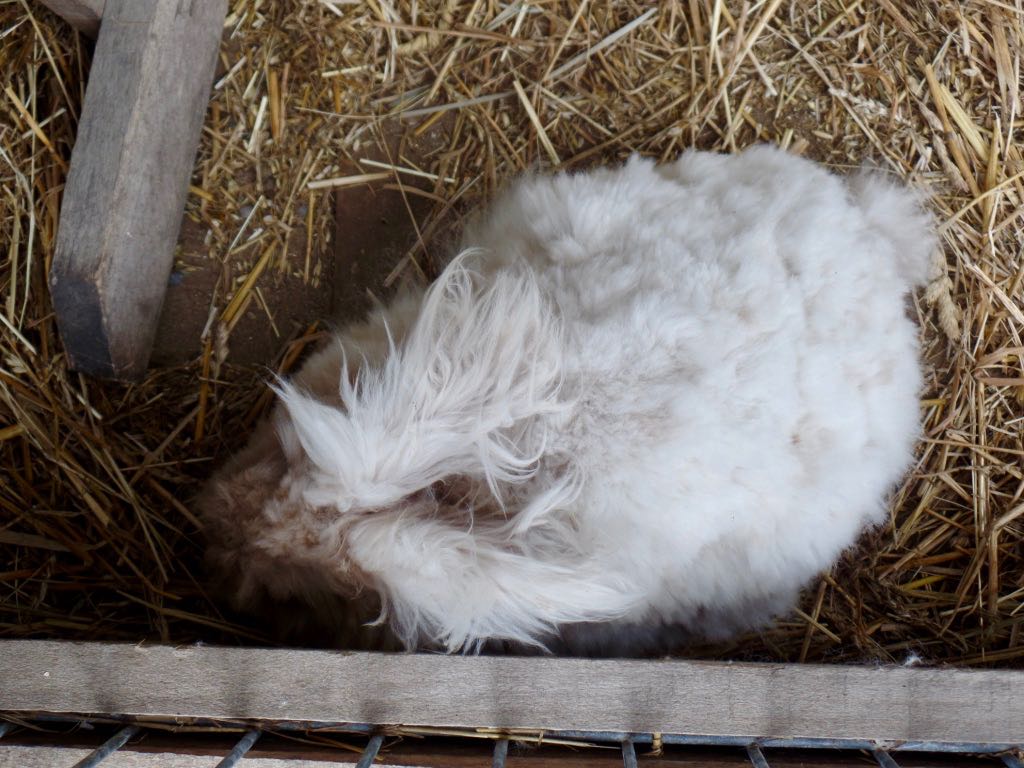 Still suspect this rabbit is a mop head. 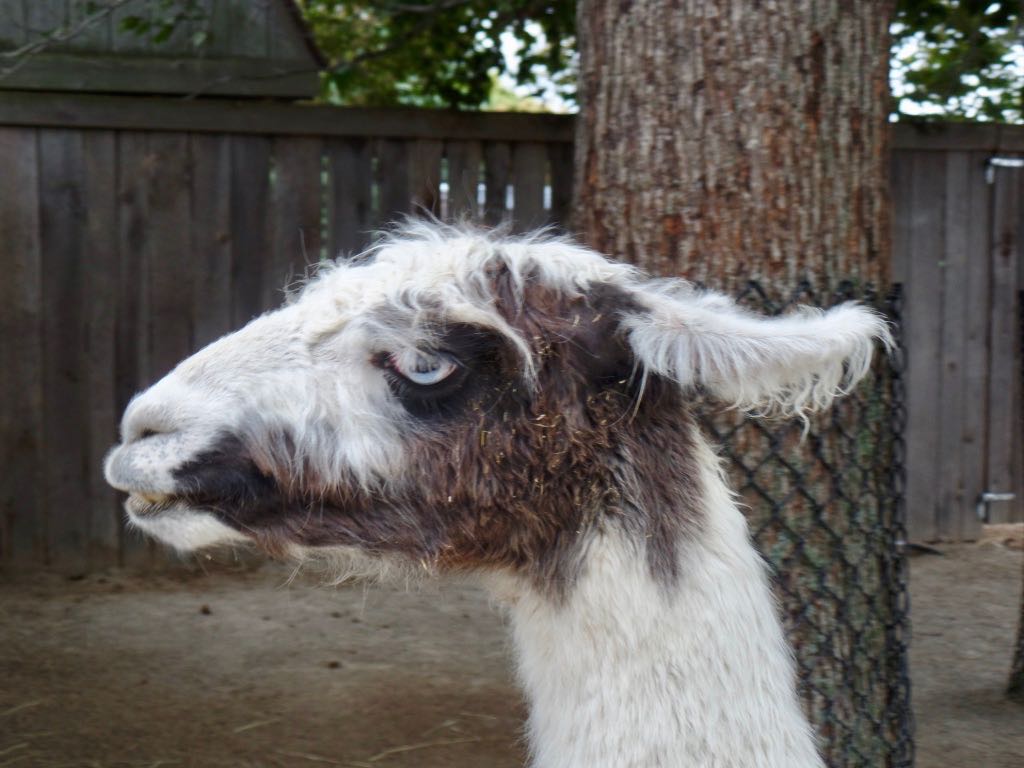 Is ... is this llama considering smacking me? 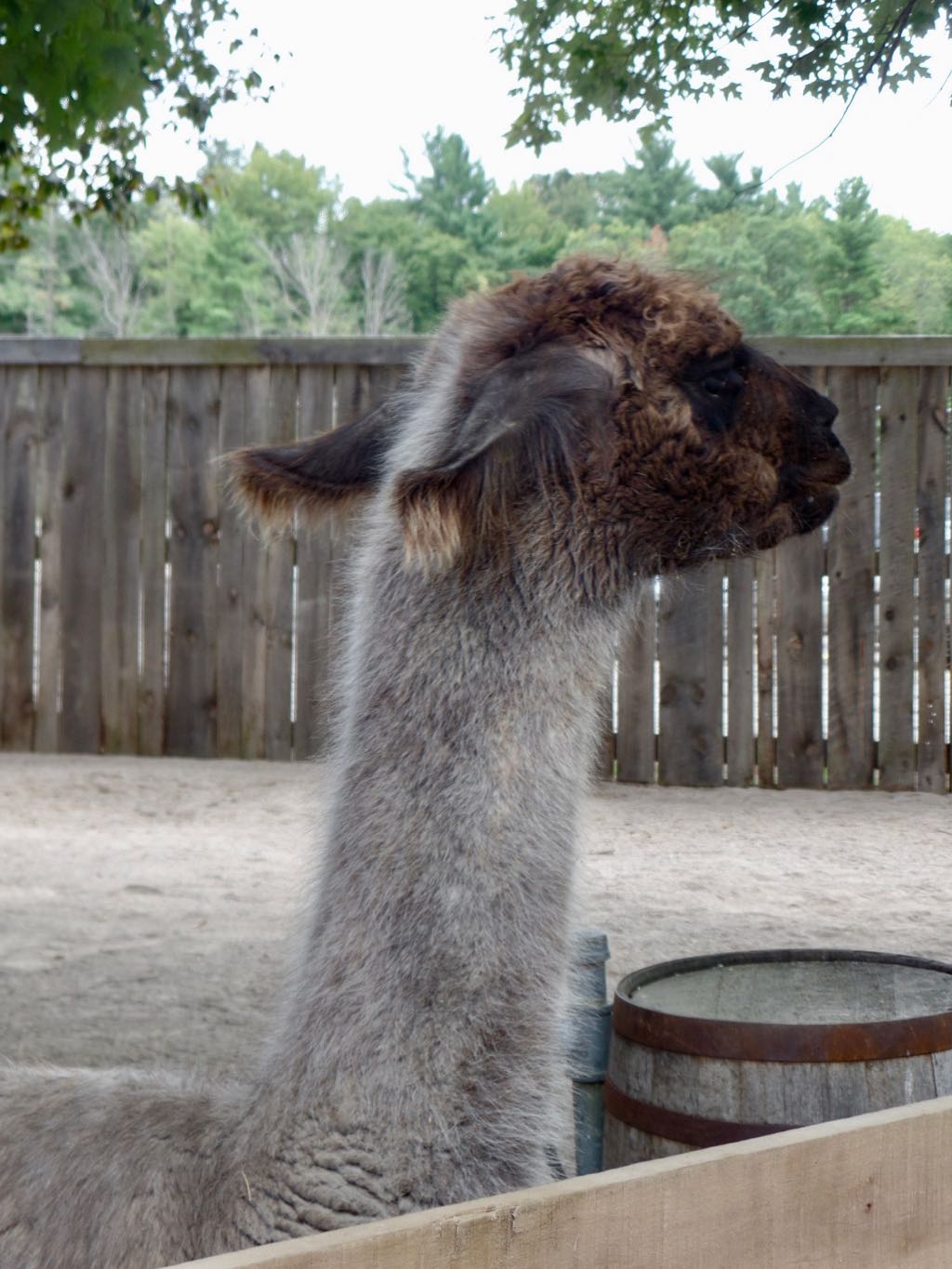 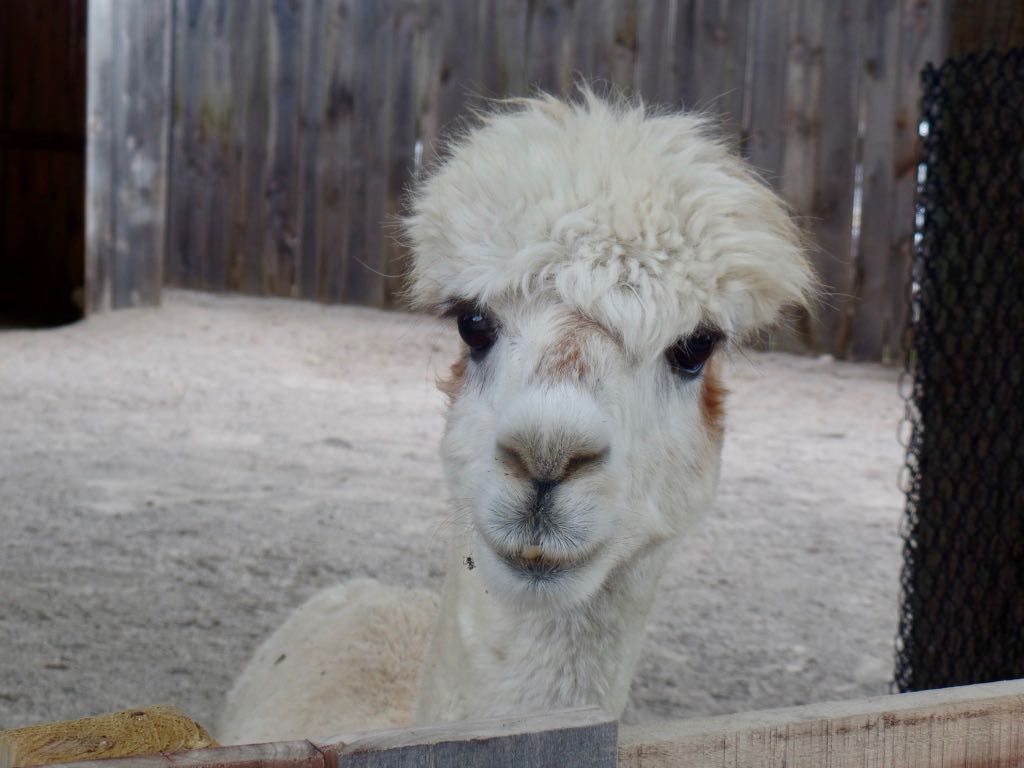 OK, now I have attention and I think I'm only in more and more trouble. 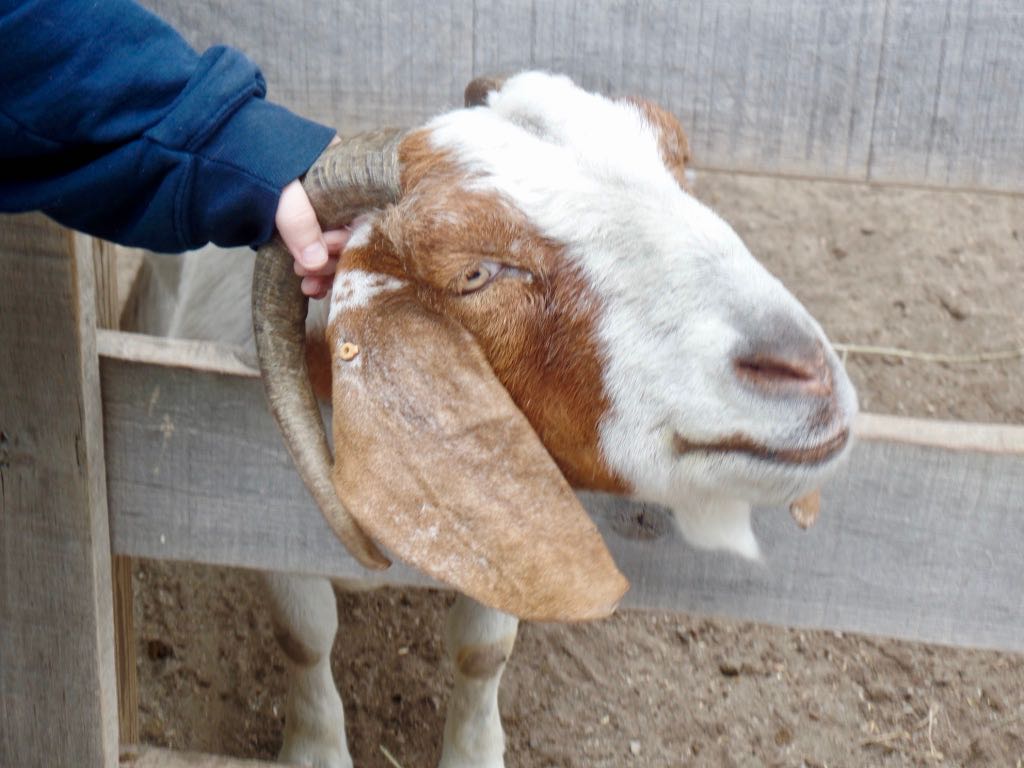 bunny_hugger gets a handle on an accepting goat. 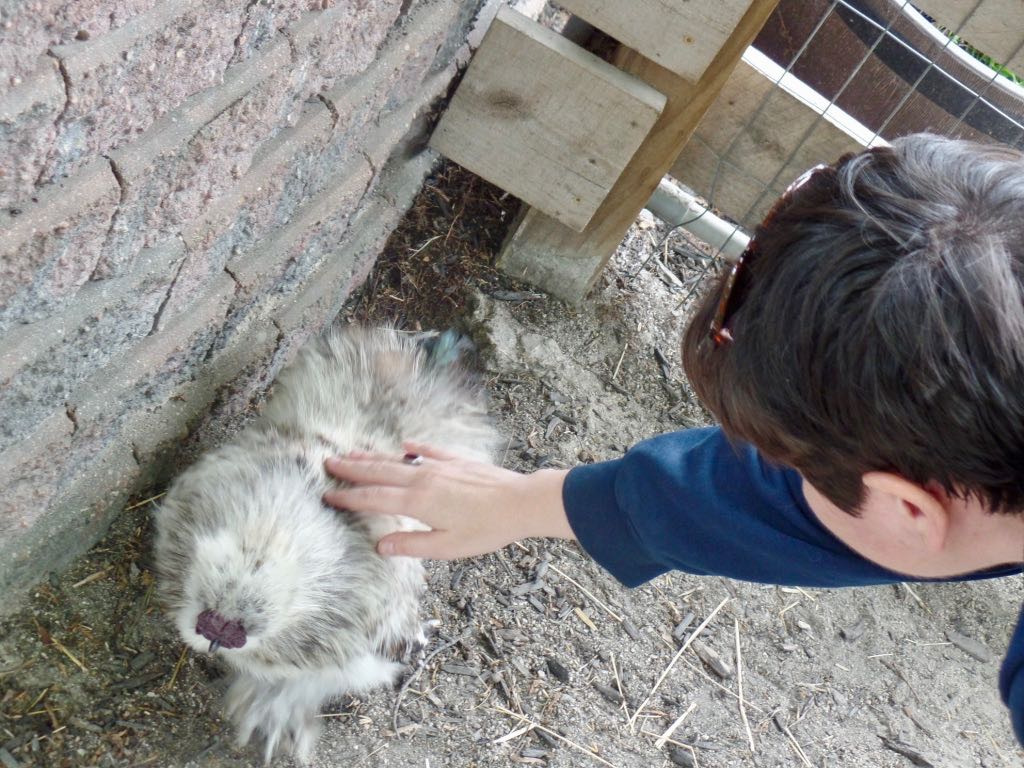 And a fluffy chicken allows her to pet them!

PS: Using my A to Z Archives: Versine, as I put off writing a big thing for my mathematics blog because, you know, this past week.