And we'll all mark time as we go

Finally. Michigan's Department of Health and Human Services announced a three-week ban on a lot of the incredibly unnecessary things that gather people together. In-person high schools and colleges, indoor restaurants and bars, movie theaters, bowling centers, water parks, casinos, arcades, and some other things are shut for three weeks. It's not enough but it's at least a start. CovidActNow estimates that, at the current rates, the coming year would see 12,000,000 Covid-19 infections in the state of Michigan, which has 10,000,000 people.

I do learn I overstated things slightly when I said yesterday that every county was out of control and getting worse. There are nine counties (of 83) with an infection rate less than 1.00, although these are all small counties and three of them are 0.98 or 0.99. There's also eight small counties for which the infection rate can't be assessed.

I'm sure the Republicans will fight this, as it's measures meant to save lives and property. The only thing Republicans have ever supported in my adult lifetime has been the right to destroy. But I also hope that it will take longer to work through the courts than the three-week order lasts, and that we can hold the complete disaster off until the new state Supreme Court, with a sane Democratic majority instead, can take over.

Between election stress and surgery stress I did as little as possible on my mathematics blog this week. Here's what's gone on the last week and a half:

Similarly my humor blog is in low-power mode; today, I featured from 60s Popeye: My Fair Olive, a mis-named cartoon that's somehow about jousting instead of making Popeye a gentleman. Seriously, what the heck?

So let's look back at Closing Day 2019 at Michigan's Adventure, and our doing the vulture-watch of photographing a thing we knew wouldn't be there next year. 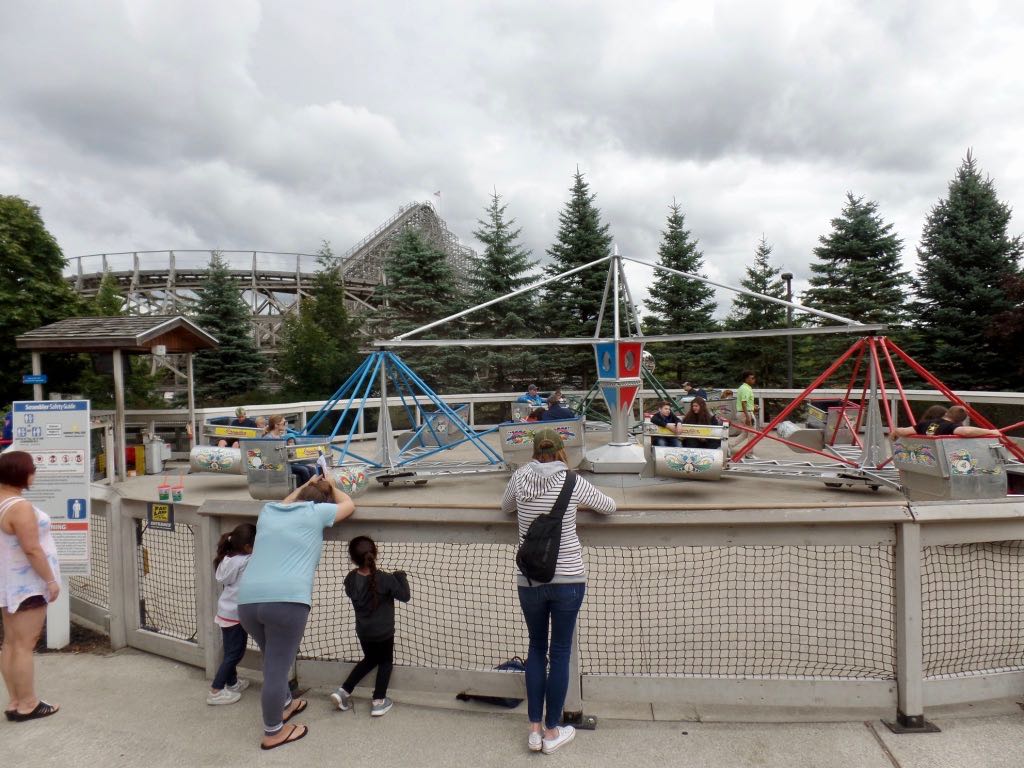 The Scrambler, which if Wikipedia is correct, is the oldest ride at Michigan's Adventure: it opened in 1975, although it hasn't always been in this same position. 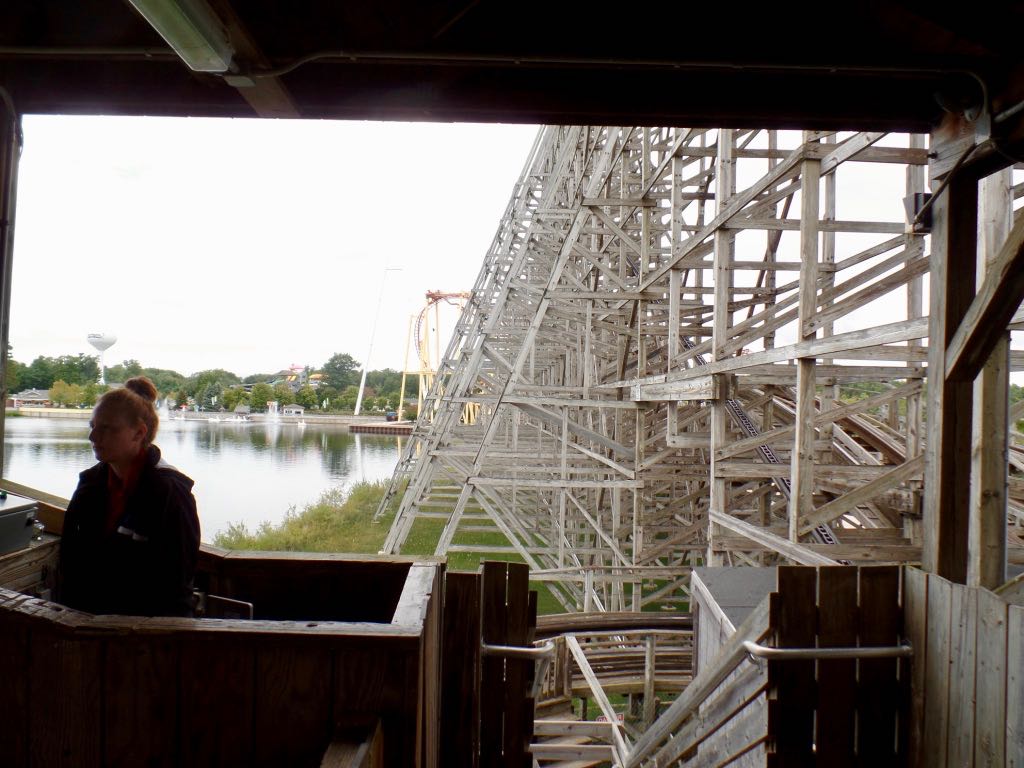 The view from Wolverine Wildcat's front-seat queue, looking up north along the lagoon. 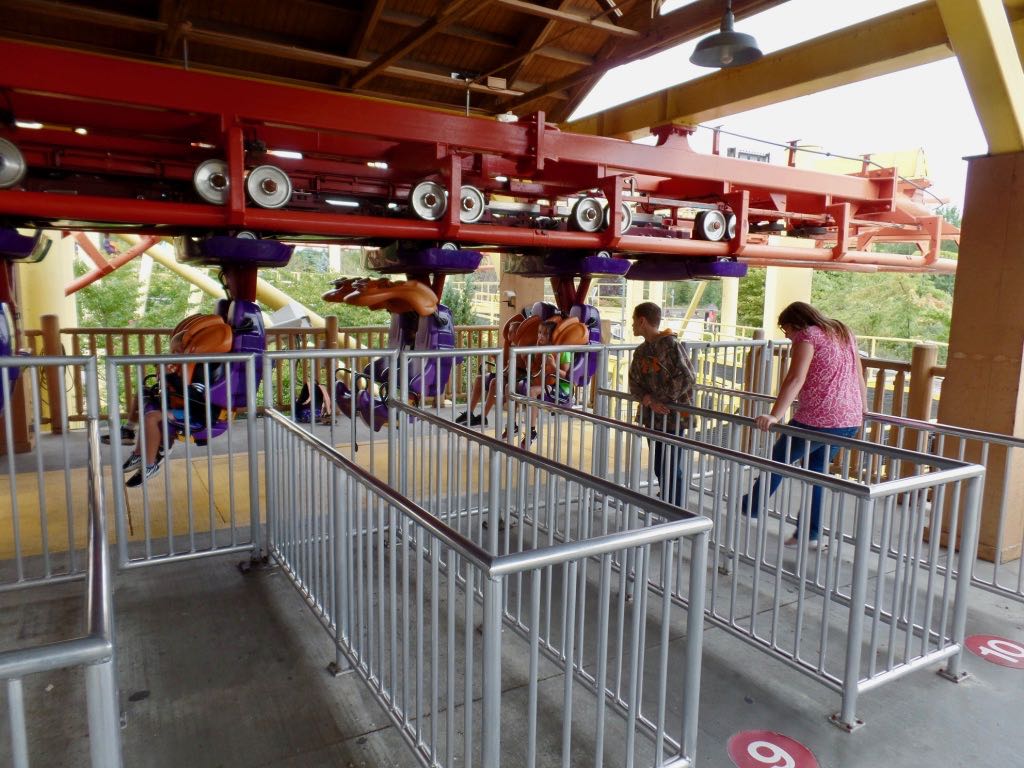 And here's the back seats of Thunderhawk. The advantage here is we can spot what way the roller coaster is about to turn, which allows you to brace. The restraints are very head-bangy. 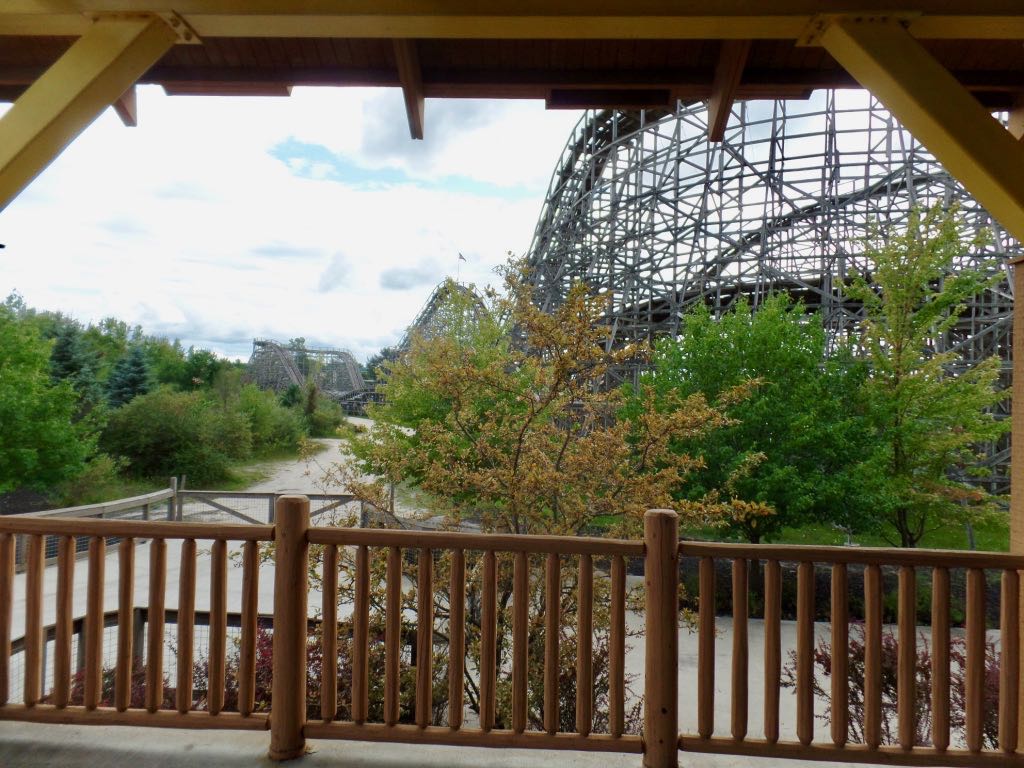 Looking from Thunderhawk south, to Wolverine Wildcat and the trees in the earliest touches of autumn. 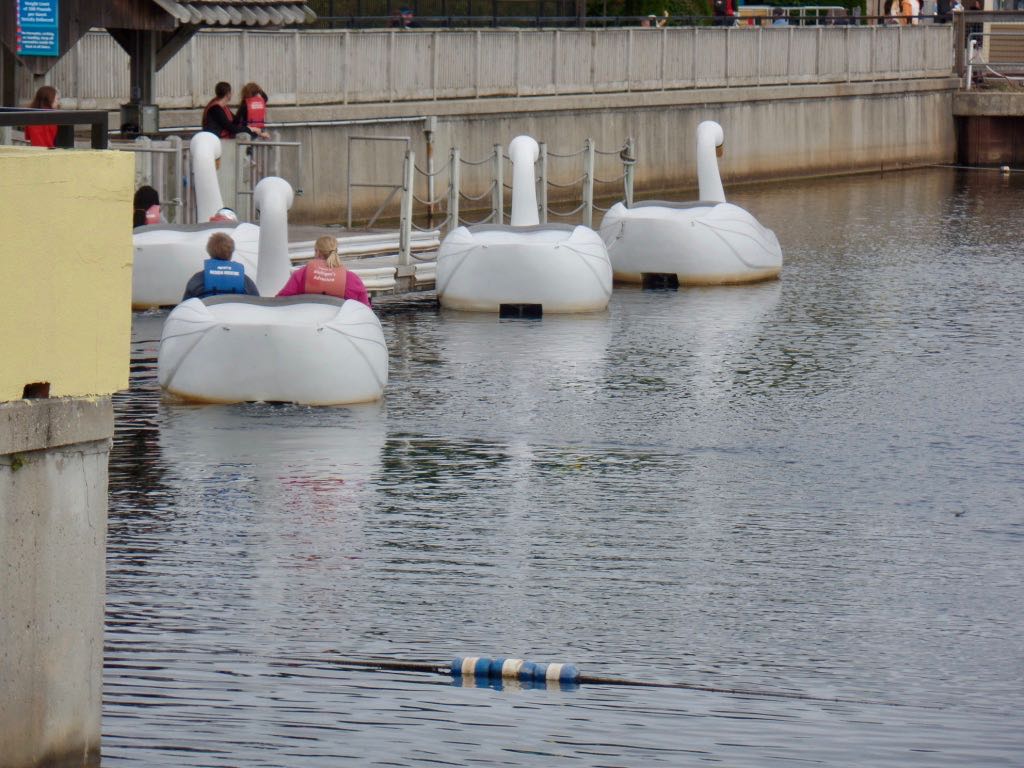 Swan boat ride on the central lagoon. The boats used to be at Cedar Point at the lagoon now occupied by the Maverick roller coaster. 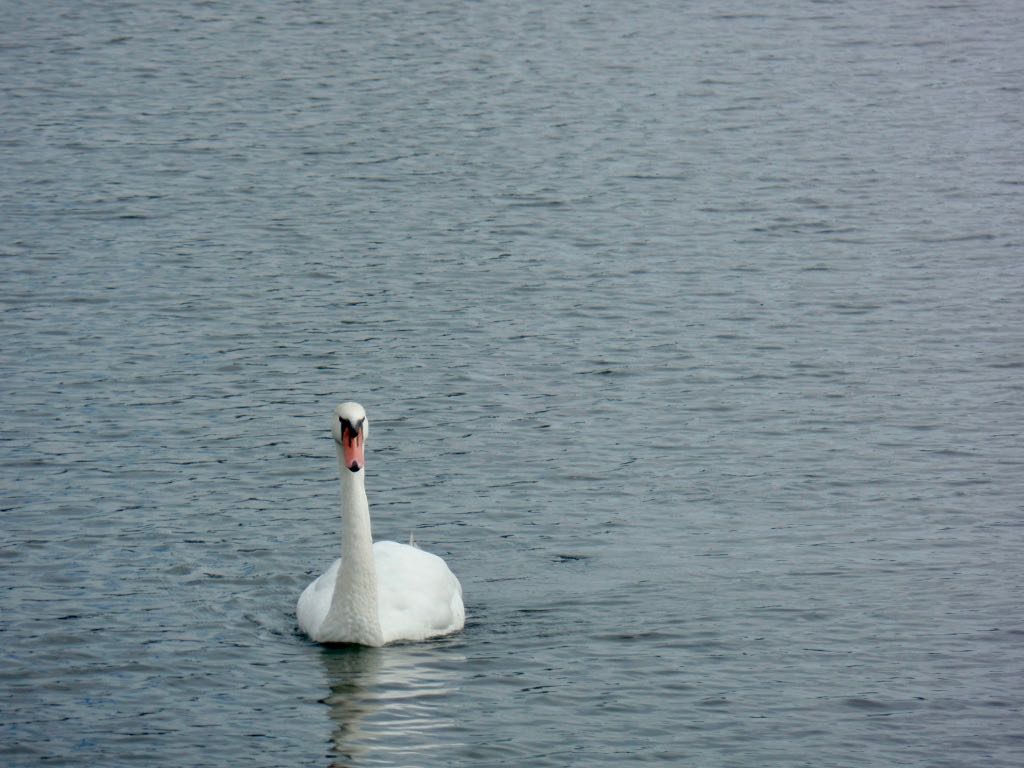 Swan, meanwhile, wonders if these Swan Boats are some kind of insult or prank or something. 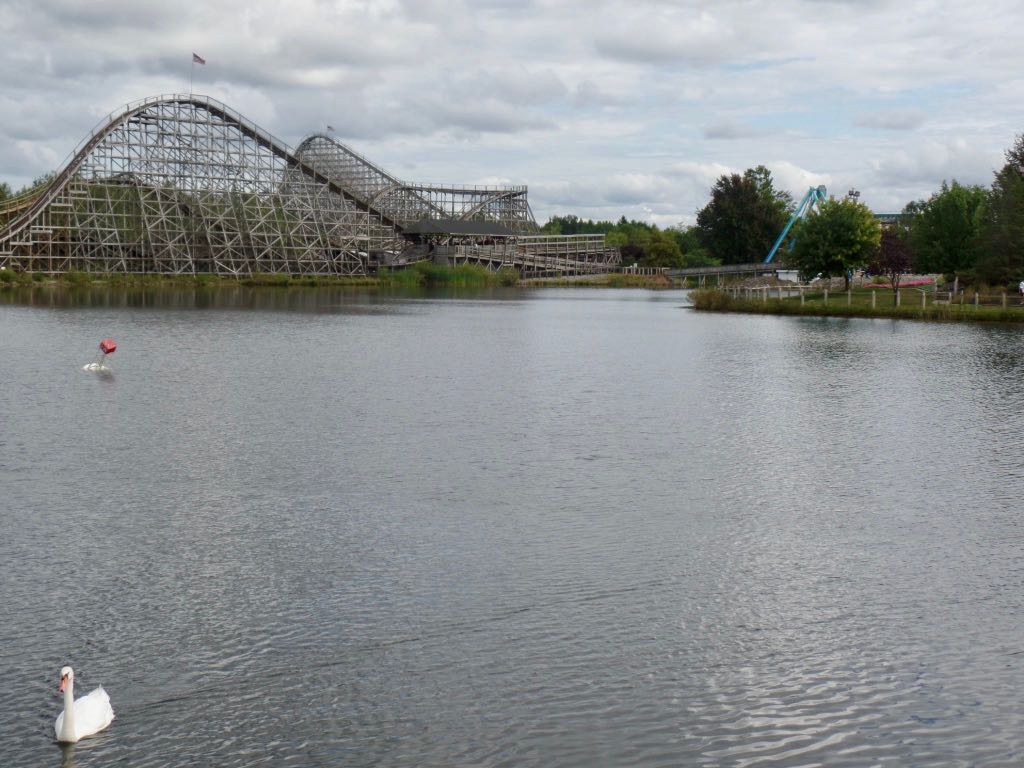 Swan just gliding along, with Wolverine Wildcat and Shivering Timbers roller coasters in the deep background. 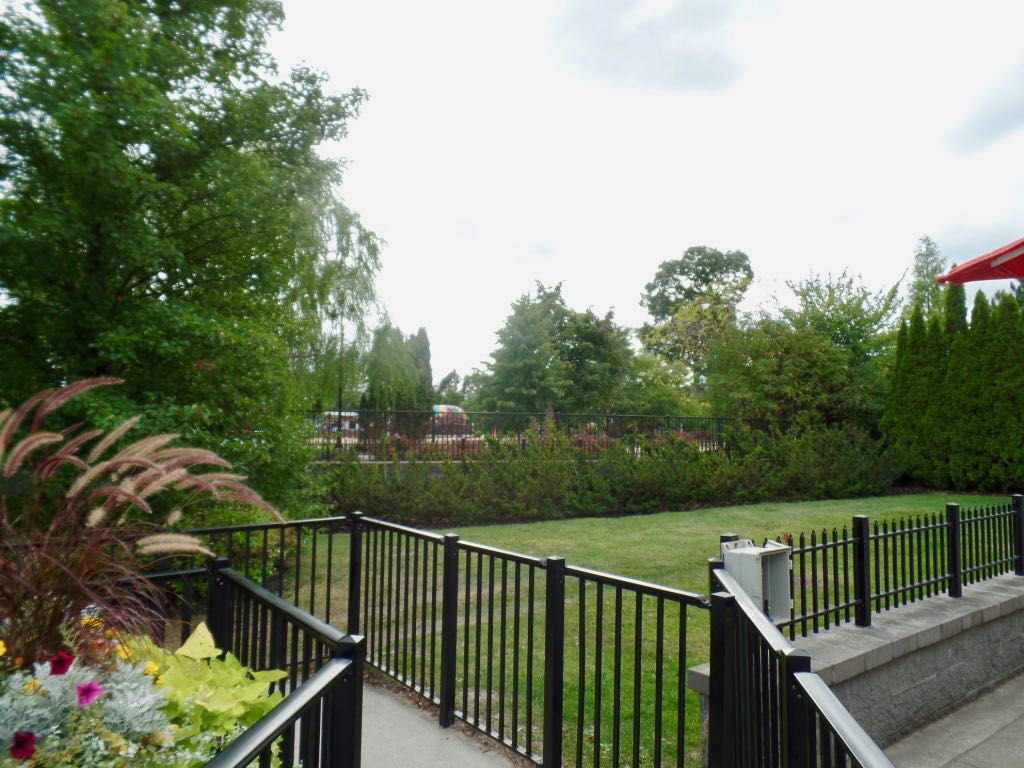 Looking at a curious little patch of open grass next to the carousel. 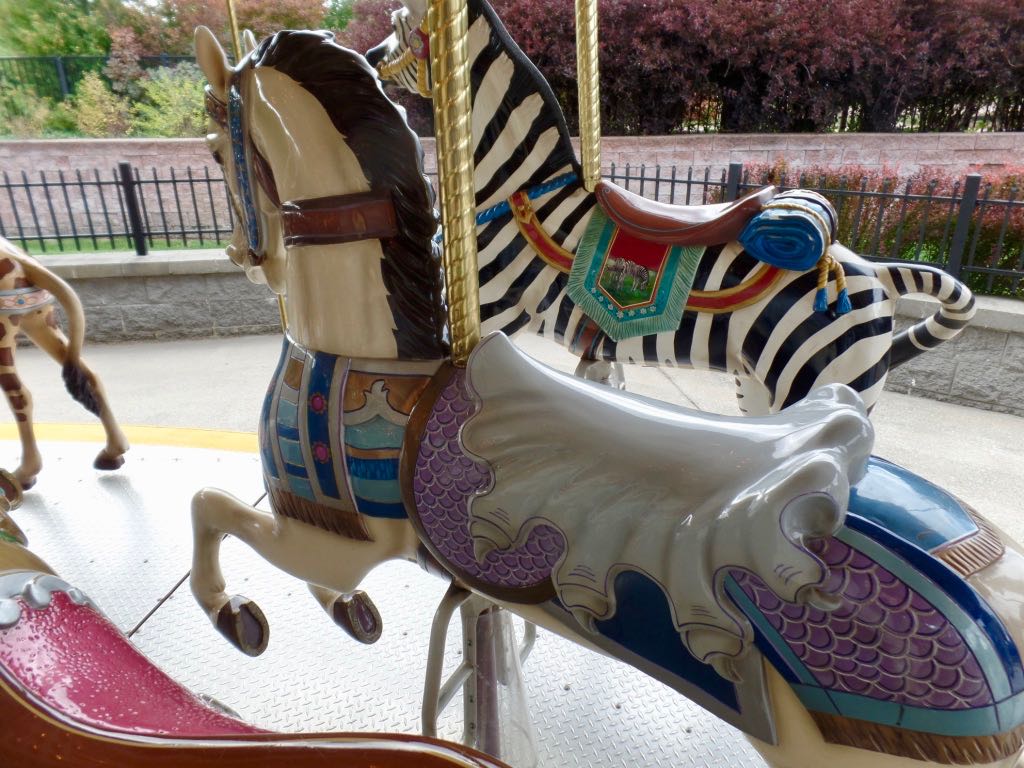 Looking at the non-romance sides of some of the Carousel animals. 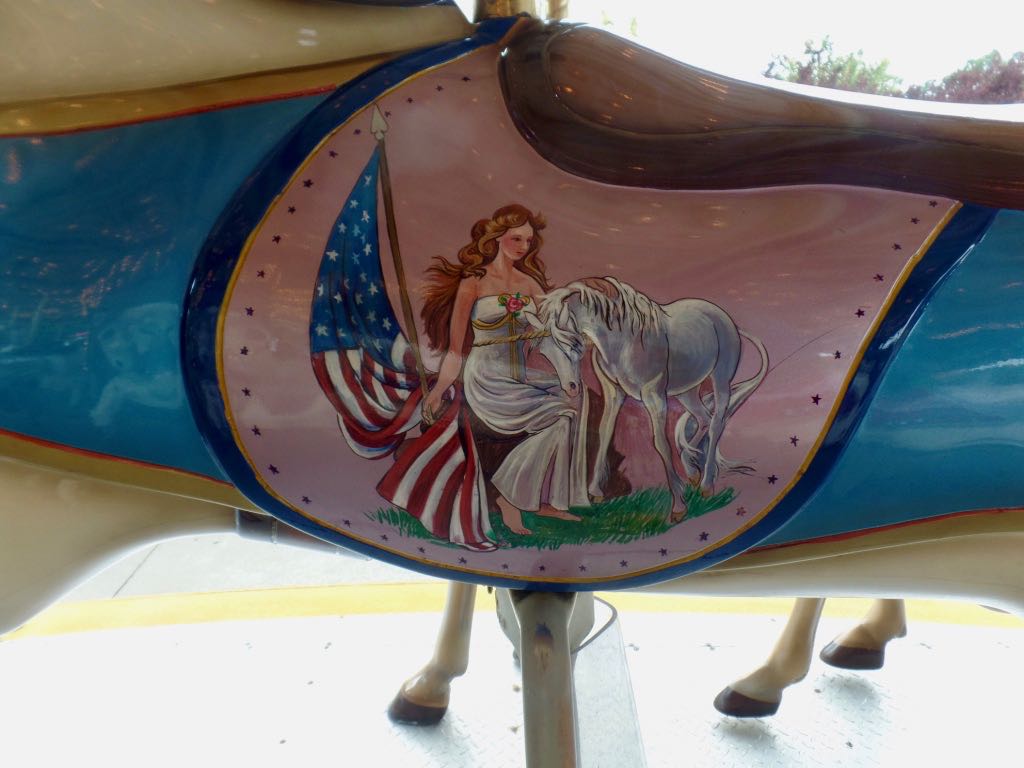 Close-up of one of the carousel's saddles, showing Columbia petting a unicorn for the reasons? 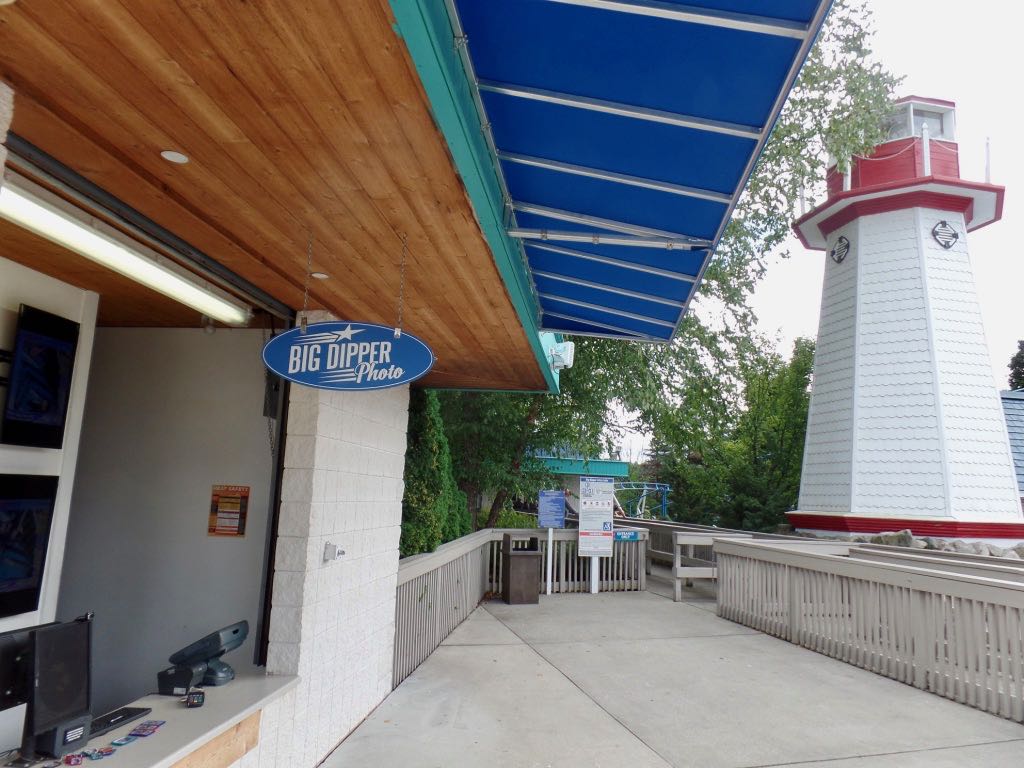 Between our previous visit and this we learned what Be-Bop Boulevard had been demolished for. It's to put in a new kids area with a kiddie roller coaster. Michigan's Adventure had the Big Dipper, a small kiddie roller coaster, and everything written about it was ambiguous about whether Big Dipper was being moved (and renamed) or whether it was being replaced. (If the Roller Coaster Database is correct, Michigan's Adventure has never taken out a roller coaster, which is not bad considering their oldest coaster dates to 1979.) Anyway, so, part of this expedition was one of photographing the Big Dipper in, at minimum, its old location and name, possibly in its last day. 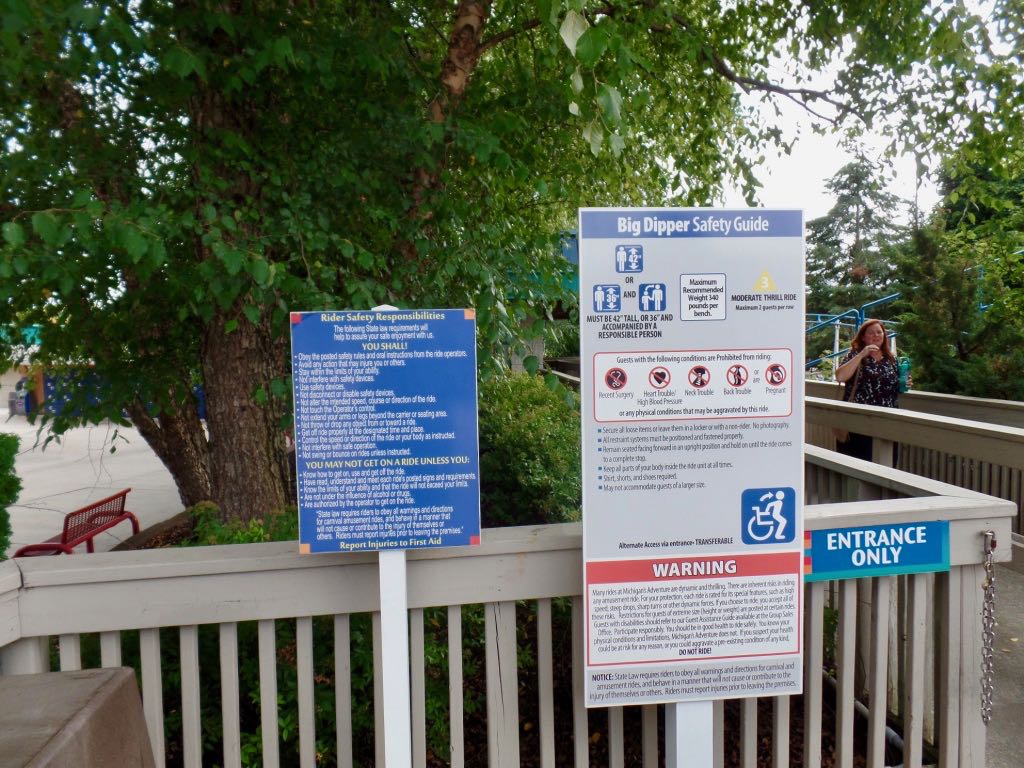 Safety Guide for Big Dipper. If they are just moving the roller coaster it's, honestly, a good thing. Big Dipper was so hard to see from the park entrance or any midway that you really need a guide to find the place.

Trivia: Had the space shuttle ever launched from Vandenberg Air Force Base, its External Tanks would have been shipped from the Michoud Assembly Facility in Louisiana through the Panama Canal. Source: Development of the Space Shuttle, 1972 - 1981, T A Heppenheimer.