Soon it will be Christmas Day

Silver Bells in the City would have been tonight. To happen, though, it would have needed effective action against the pandemic. Would have been fantastic weather for it, though. Not as warm as in 2016, but also no monsoon blowing through and destroying the parade. We missed out on so much.

And in local economic trauma, the two indoor malls around town are collapsing. The one on the west side is up for sale; the one on the east, the one with the bookstore where

bunny_hugger occasionally works, is declaring bankruptcy. Both had been struggling but treading water before the pandemic, the westside one with more difficulty. But now ... bleah. Also I don't understand how it is that outdoor malls do all right when indoor ones can't make a living, not when we're in places that have a winter.

I guess there's not word either's in specific danger of closing. But it's still ominous. Also, on a personal level, these are the spots that have the two new-book-stores in the area. There's some used book stores in the area too --- it is a college town --- but just think how humiliating it would be if the area didn't have at least a Barnes and Noble.

Next up on my photo roll: Cedar Point and Halloweekends. Not our weekend trip; this was just us dropping in one gorgeous warm September day to take in a little extra park time. 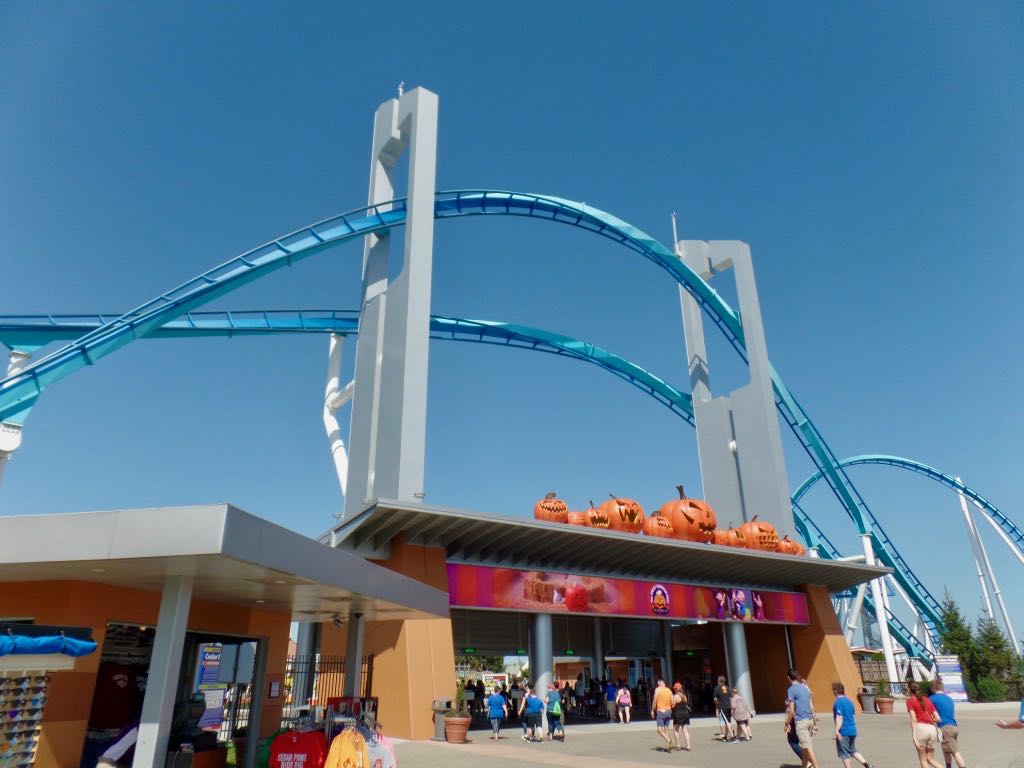 Cedar Point's entrance, guarded by GateKeeper roller coaster and a mass of fake pumpkins on top. 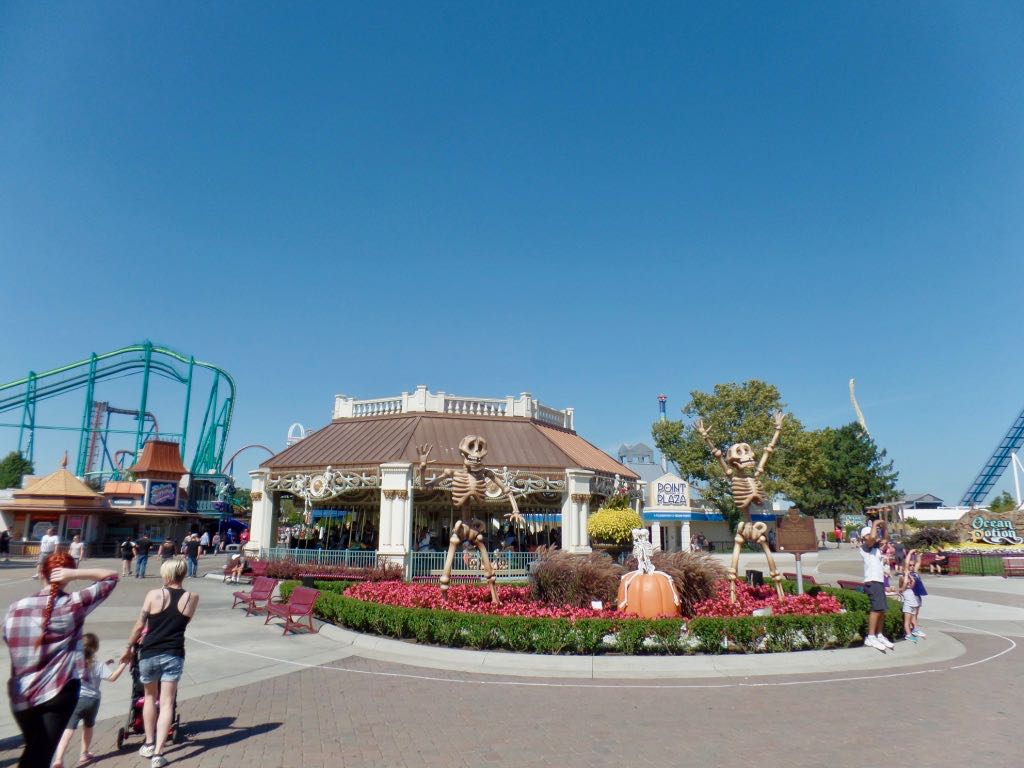 Just inside some giant and some regular-size skeletons wave or celebrate at the entrance. Note that the Ocean Motion rocking-ship ride has a Halloween-seasonal name. 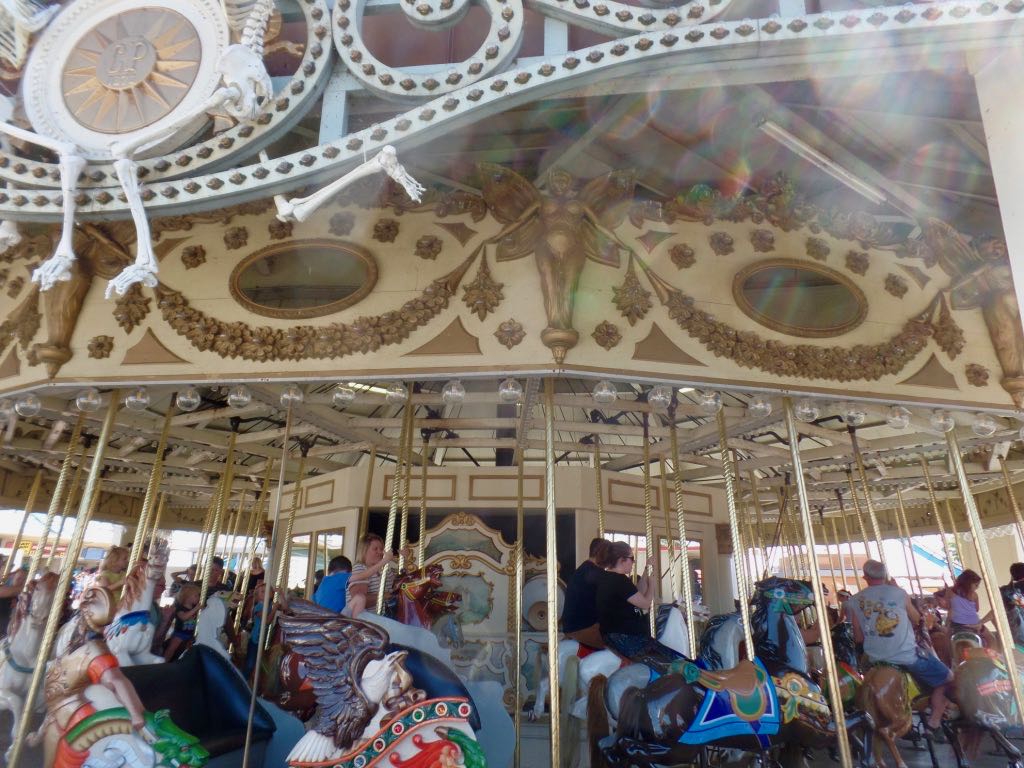 Looking up at the Midway Carousel, which has some skeletons on the building. 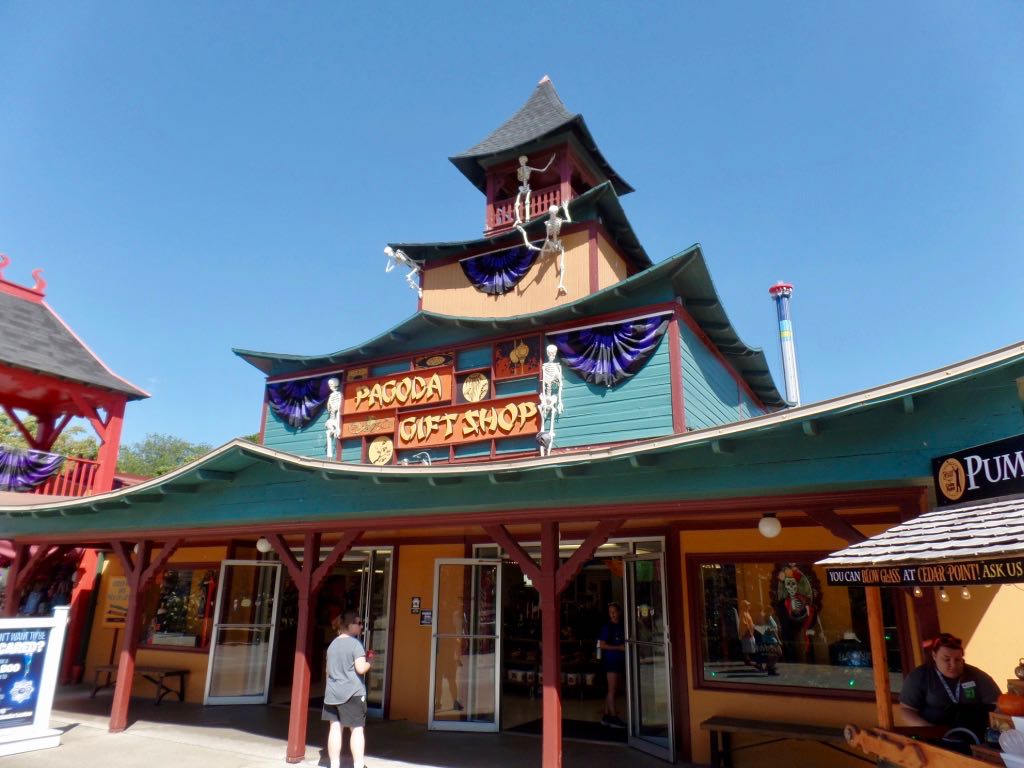 Skeletons also occupy the roof of the Pagoda Gift Shop. In the 1950s this building was a post office. The San Francisco Earthquake ride used to be to the right of this. 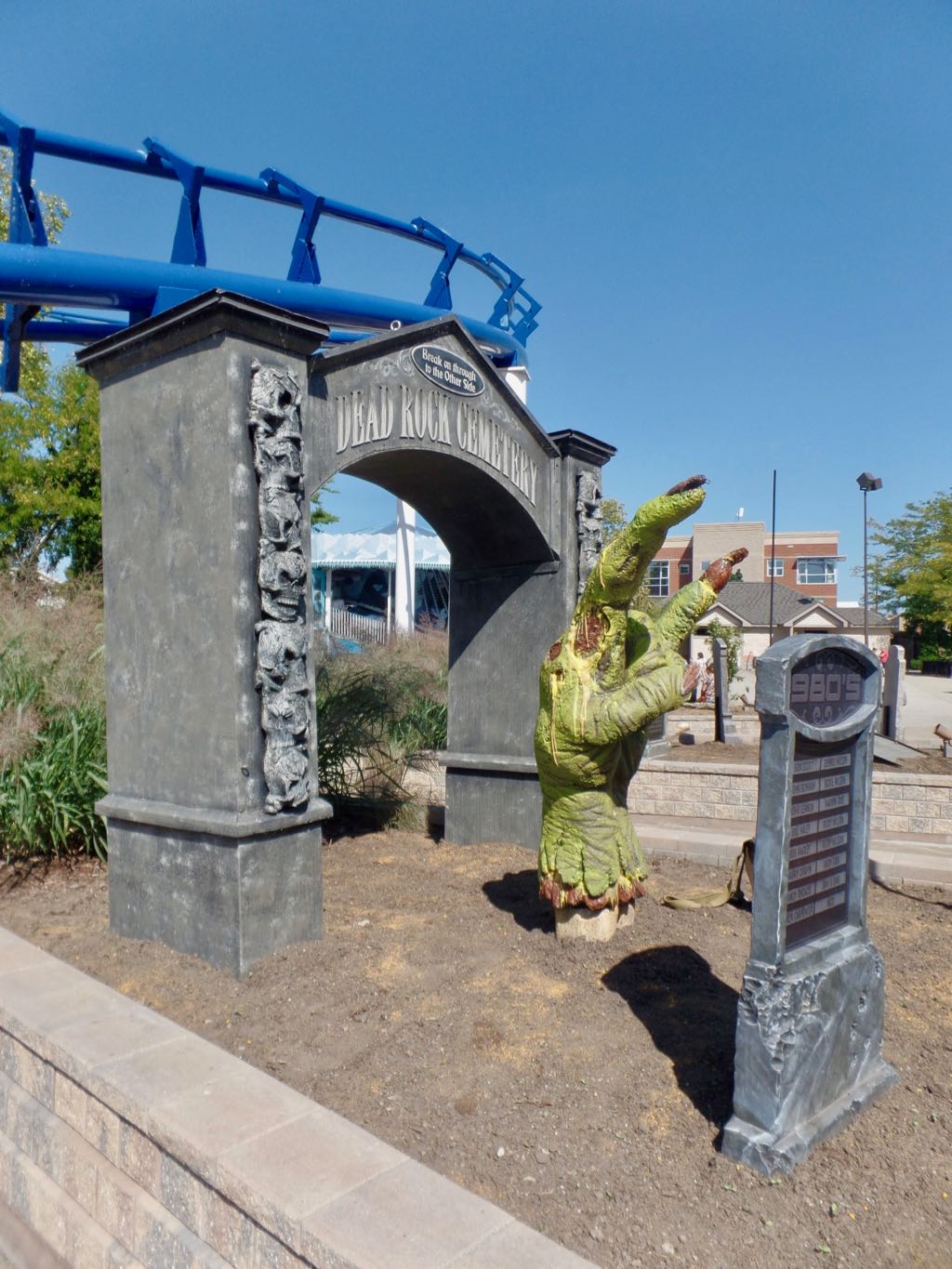 The Dead Rock Cemetery is set up in some flower spaces in front of Corkscrew. Here a giant monster hand reaches out to do metal fingers. 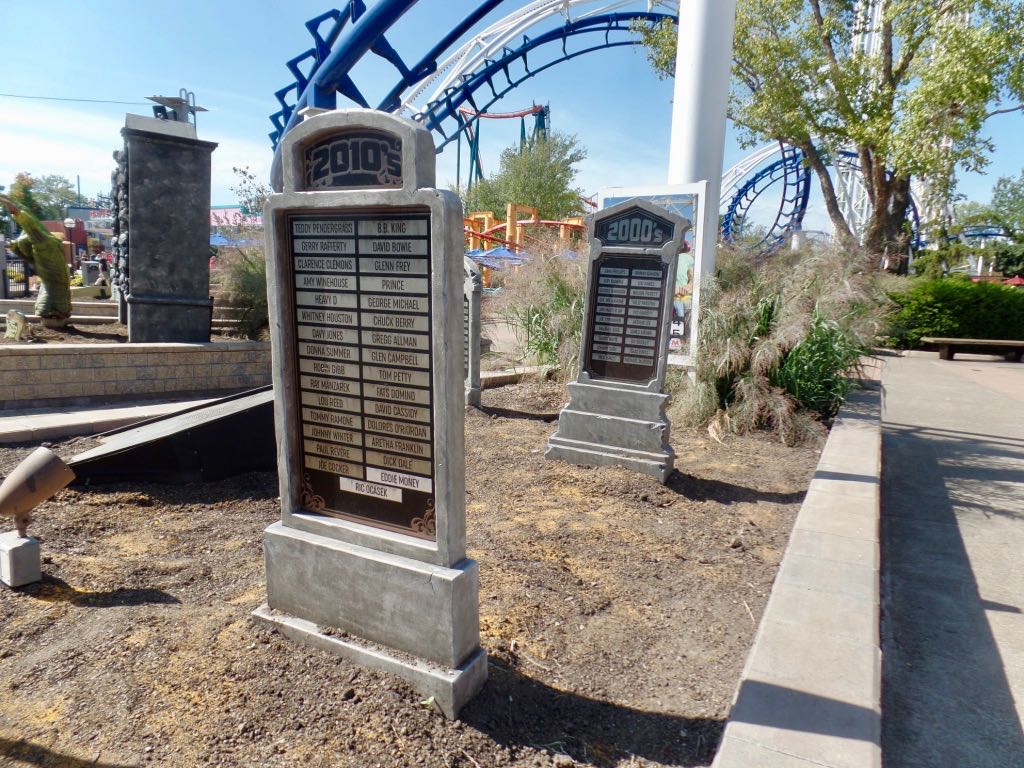 Eddie Money and Ric Ocasek have plaques on the 2010s memorial in the Dead Rock Cemetery, which impressed us because Money had died nine days before and Ocasek seven days before we visited and took this photo. Also, they were clearly hoping nobody else important in music would die 2019. 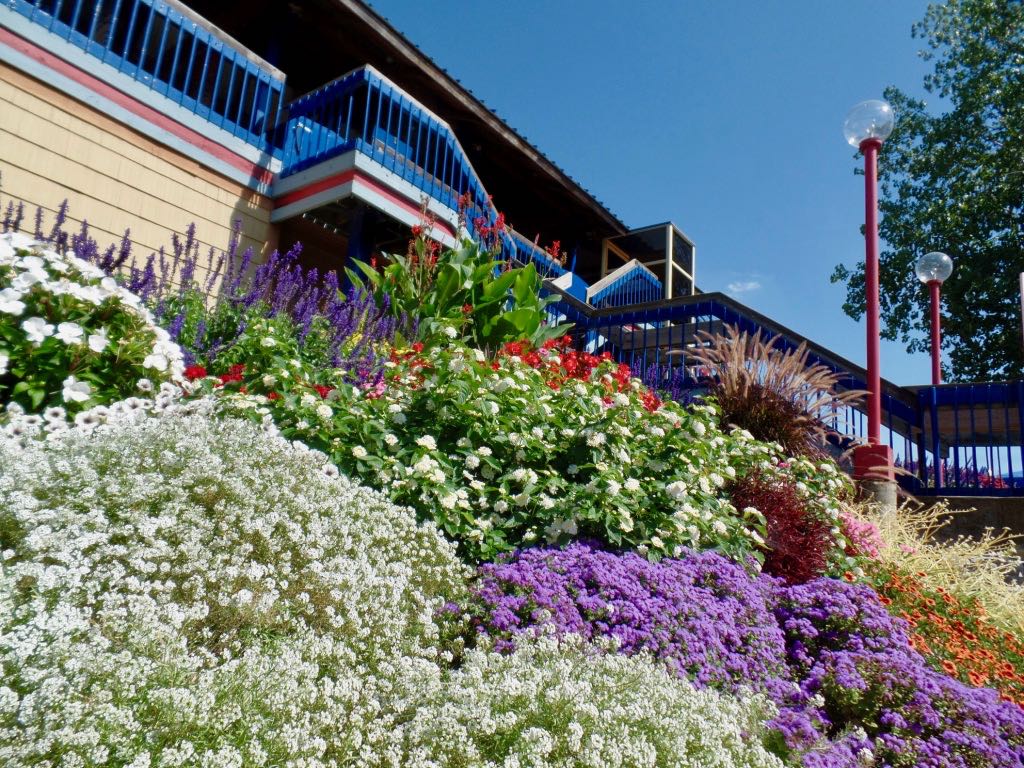 Looking at the flowers around the entrance to Corkscrew. 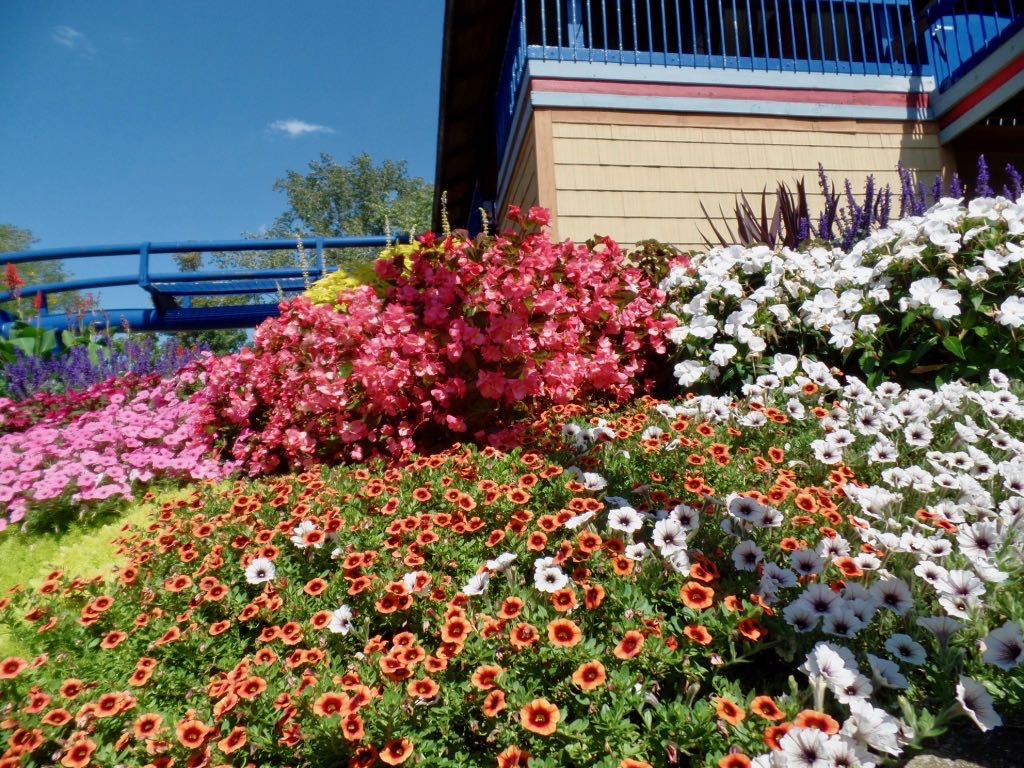 More flowers by the front of Corkscrew. We visited on a gorgeous day. 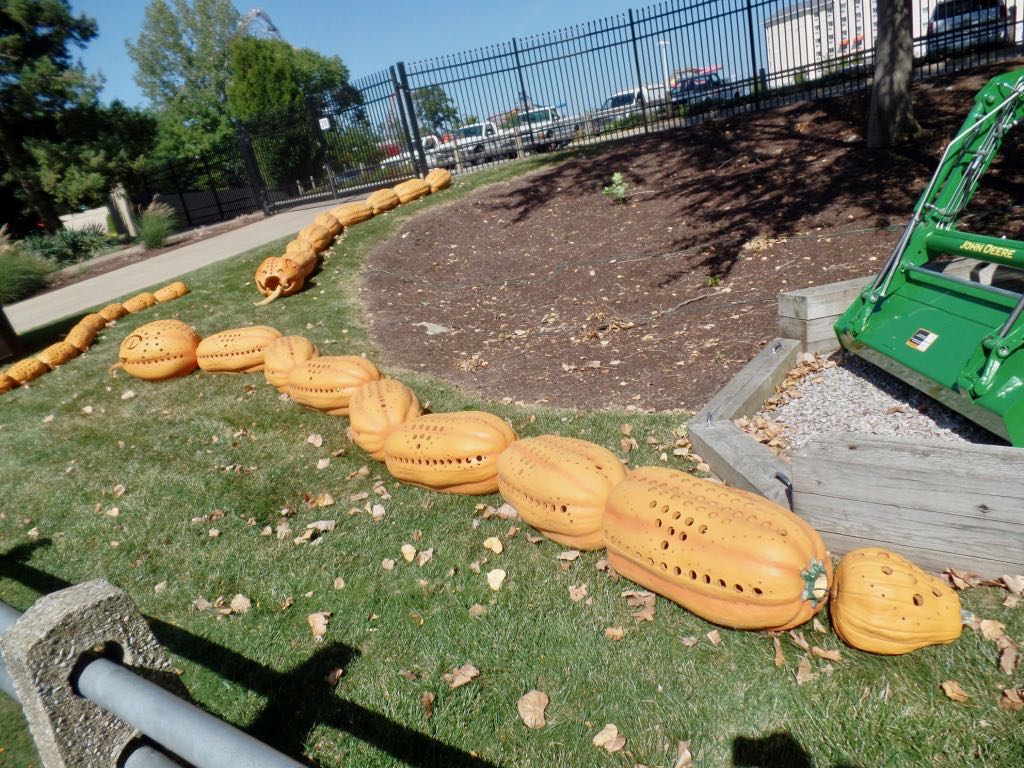 Those jack-o-lantern snakes I'm always trying to get a good photo of. 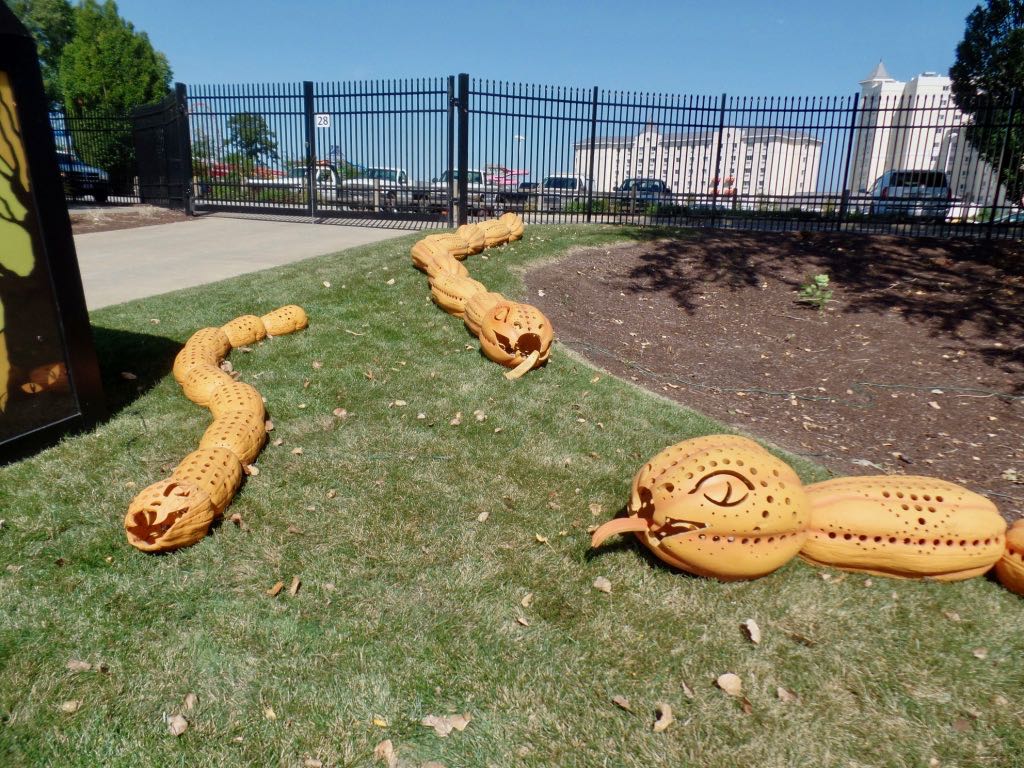 chefmongoose loves getting the pumpkin spice cobras this time of year. 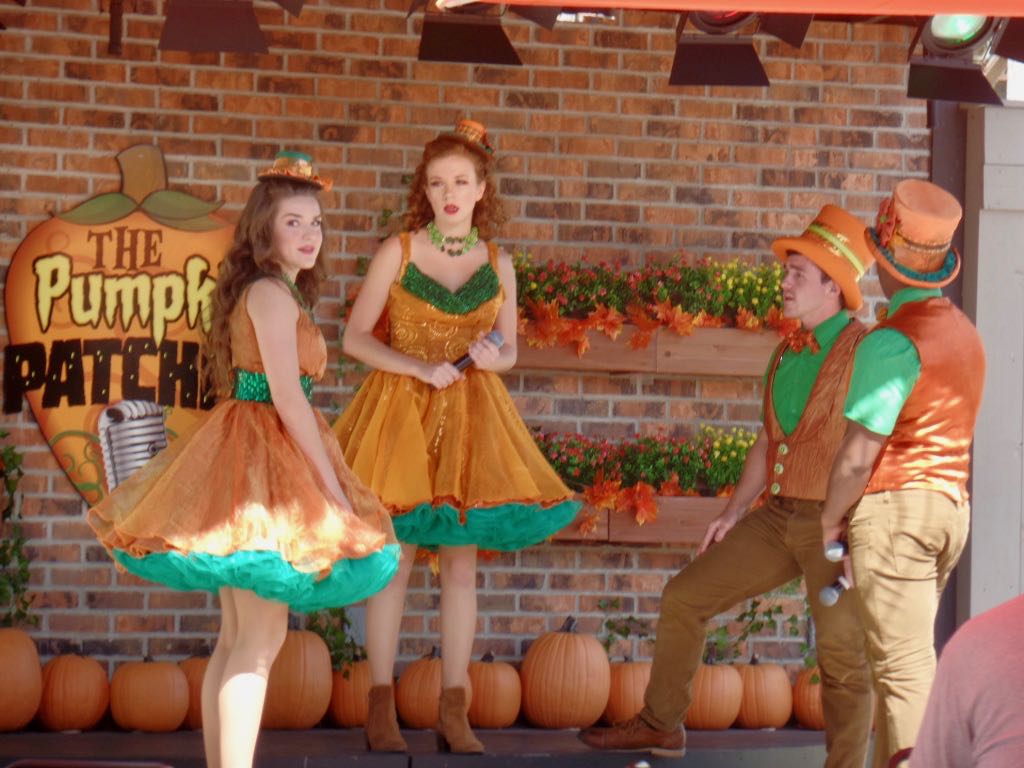 The Pumpkin Patch singers, who were performing in the outdoor space at that barbecue restaurant they built in the place of the Witches Wheel for 2019. 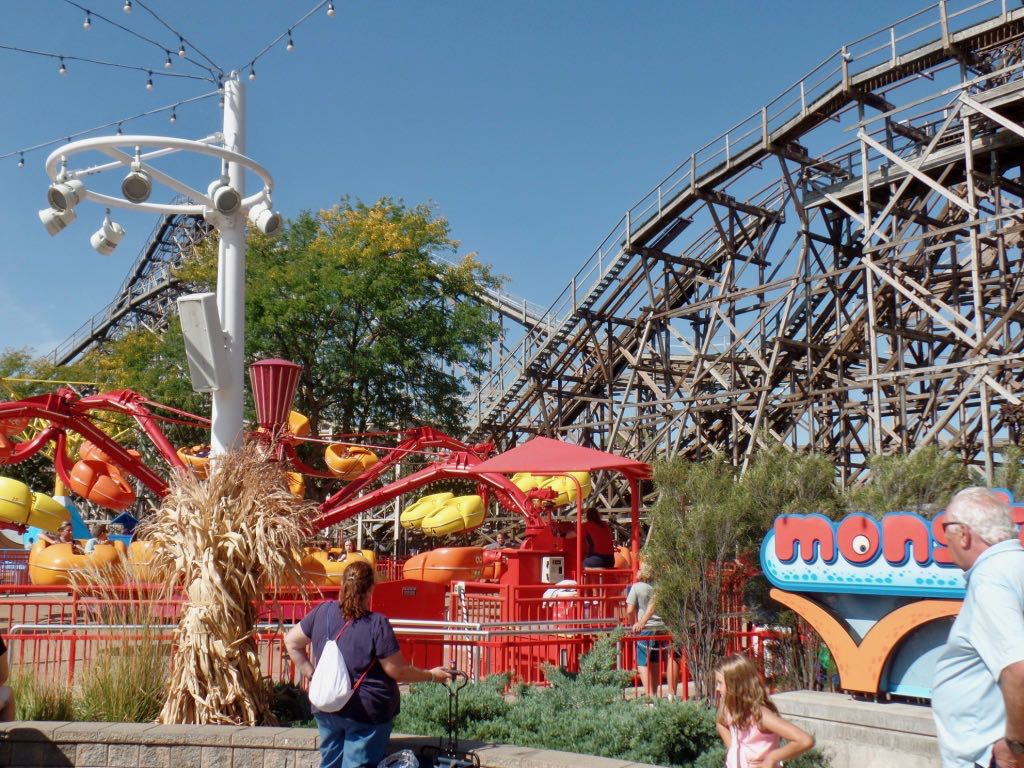 Just a nice view of the Monster and the Gemini roller coaster, with some bales of hay set up for the season.

Trivia: By 1739 there were 33 church buildings and one synagogue in Rhode Island, representing six denominations. (It is possible there were Roman Catholics existing without general public notice; colony law exempted Catholics from the religious liberty allowed to all Christian men, and there were no recorded ministering Catholic priests.) Source: Rhode Island: A History, William G McLoughlin.