From the mountains, to the prairies

My father had horrible news. Not about family. About Roadside America. This was a long-running, gigantic, model railroad set in Shartlesville, Pennsylvania, which you know from being where Roadside America was and where the Shartlesville Inn was. It was, their web site says, 6,000 square feet depicting a world stuck in Nostalgic 50s, depicting in enormous detail a world with street trolleys and lots of railroads and a button every thirty feet that kids could press and watch something happen. And if that weren't enough, every half-hour the lights dim for five minutes so you can see the layout at night. Dawn is announced with lights coming on the American Flag, on the wall with the Statue of Liberty mural, while Kate Smith sings ``God Bless America''.

It was one of my favorite places to go, as a kid, something well worth the two-hour drive to get to. (That's, like, Michigan's Adventure distance for us.) I never got there with

bunny_hugger, who had read about it. The attraction was one of the things that inspired the Roadside America web site about tourist-trap excess. But over the 2019-20 winter, when we thought there would be things to do this summer, I'd suggested we might visit as part of a Dorney Park-Sesame Place-Dutch Wonderland-Hersheypark tour, likely ahead of Pinburgh.

It's a victim of Covid-19, of course. Not just that, granted; according to their Facebook they'd been trying to sell the place for three years and their best prospects fell through. But the long shutdown, and the impossibility of guessing when they'll be able to have packs of elementary school kids pressing buttons again, forced the issue.

Also it turns out the Shartlesville Inn closed years ago. There was also an auction house in the area that my grandmother loved visiting, and that was enough to coax her into the long drive to the vast nowhere regions of Pennsylvania; I have no idea about its fate.

My All 2020 Mathematics A to Z: Wronskian is the big mathematics essay for the week. And it's a relatively slender one this time around; go figure.

Here's some more poking around Halloweekends, at Cedar Point, in our September 2019 bonus visit. 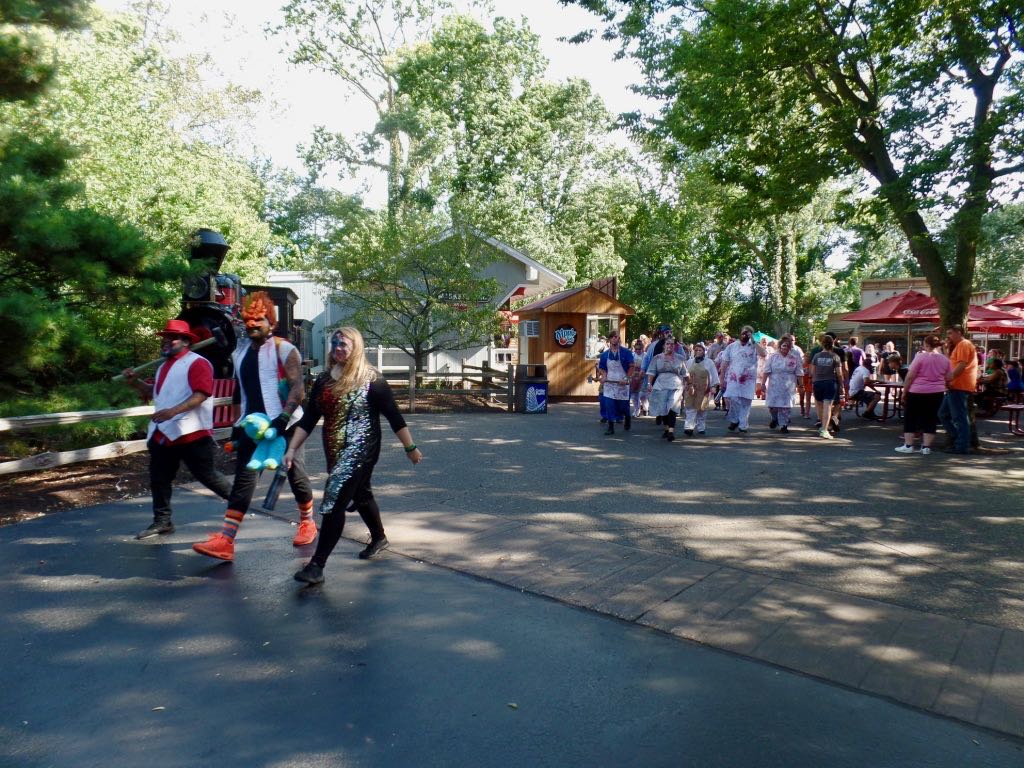 Halloweekends performers going out to their haunt zones, a thing done about 4 pm each day during Halloweekends. 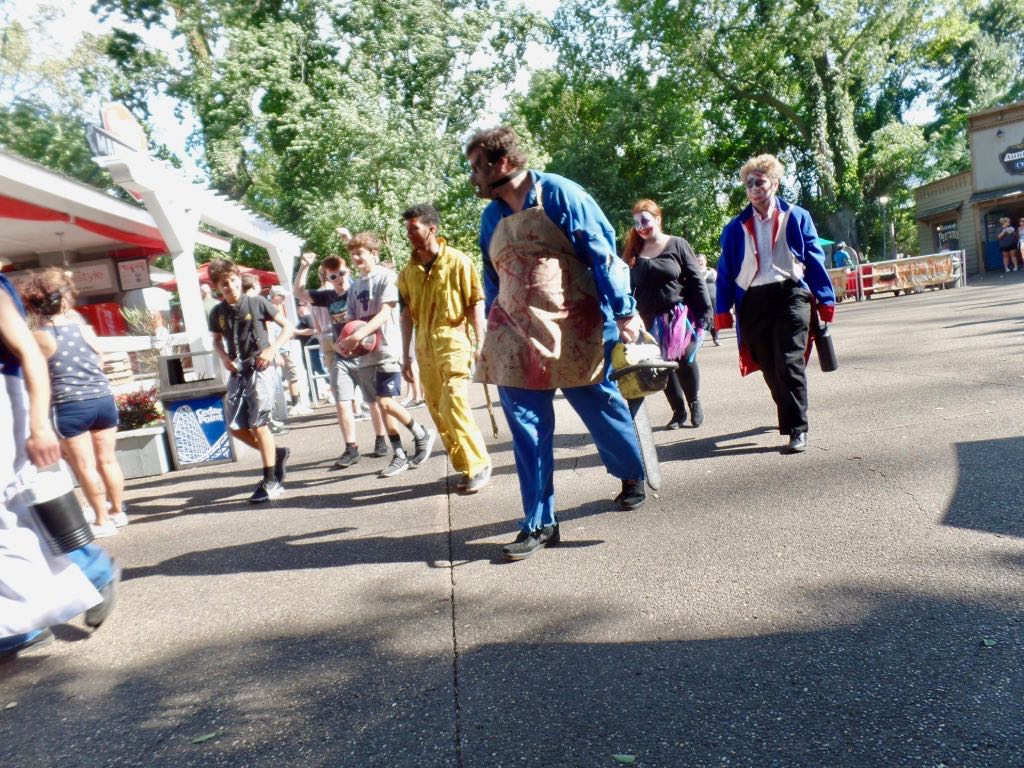 More of the performers going out. I think the bloody aprons are for the people going to a horror-barbecue off near the Frontier Trail. 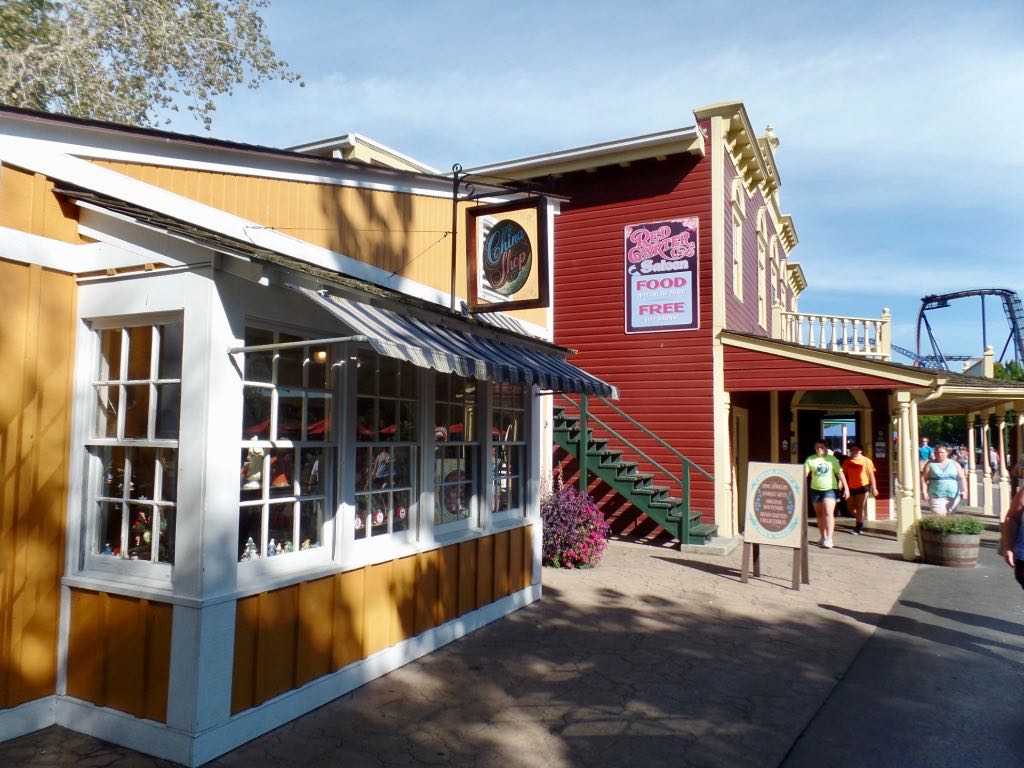 The China Shop, which has been there since the 70s and has seemed really out of place at Cedar Point; the elderly woman who keeps the shop sells these many precious figurines and whatnot. Each year we wonder whether this will be her last, from retirement or worse, and I've heard not a hint about what the shop did for 2020. It has the vibe of being an independent concession but Cedar Point dropped those after the 70s. 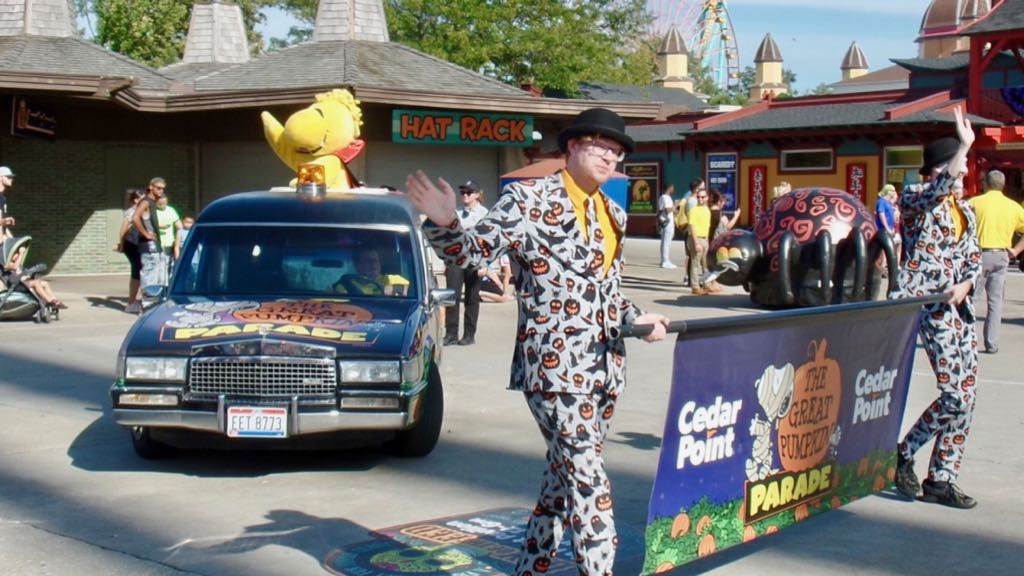 A moment from the Great Pumpkin Parade. They've always (2020 excepted) had a parade, although from 2018 they changed the name and dropped the old music in favor of a more Peanuts-heavy soundtrack. Many of the old floats turned into park decoration. Anywhere, here's a giant Woodstock vampire in a parade car. 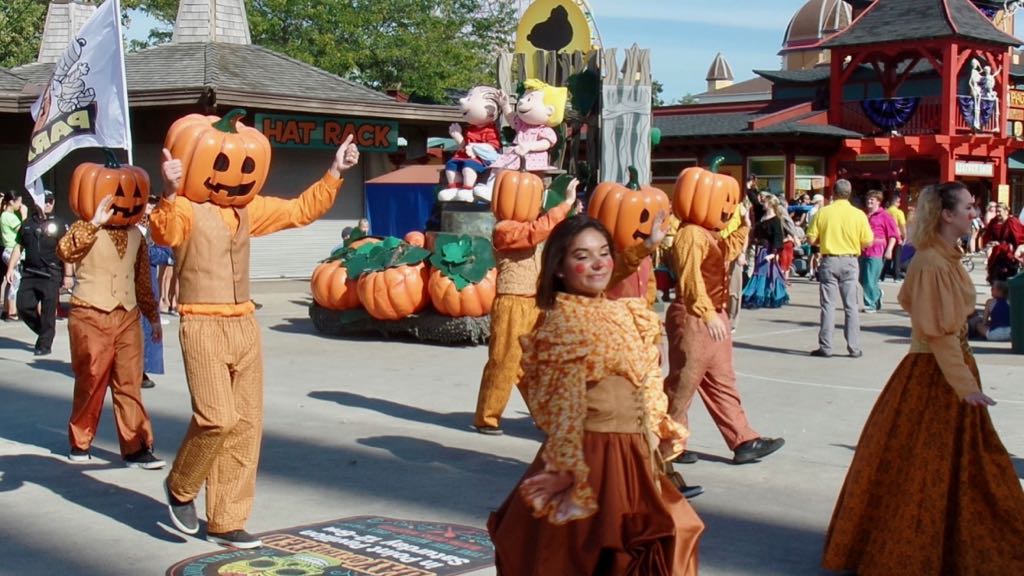 And here's a flock of parade jack-o-lanterns with Linus and Sally waving to onlookers. 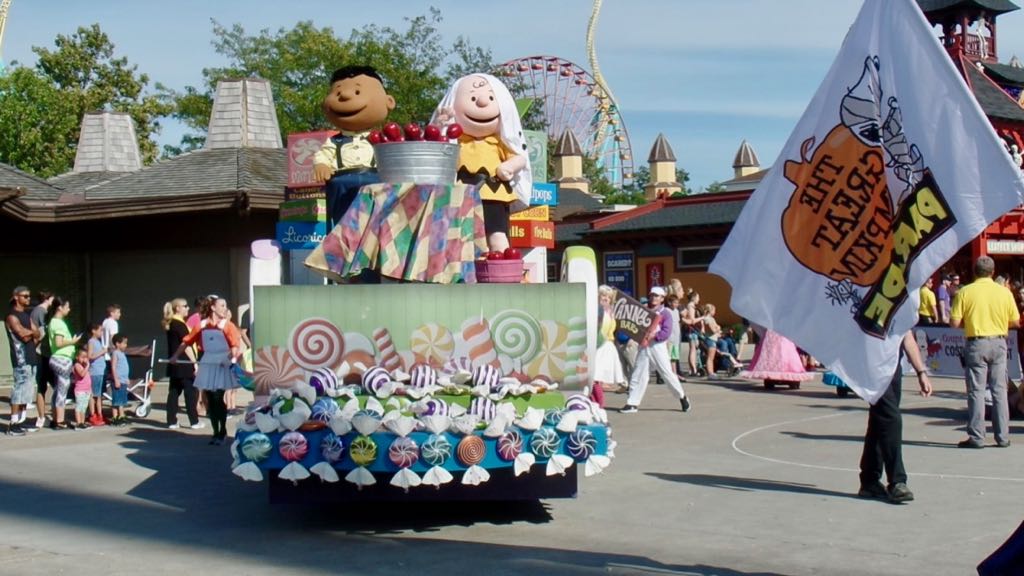 Franklin and Charlie Brown are all ready to bob for apples, on top of a candy float. 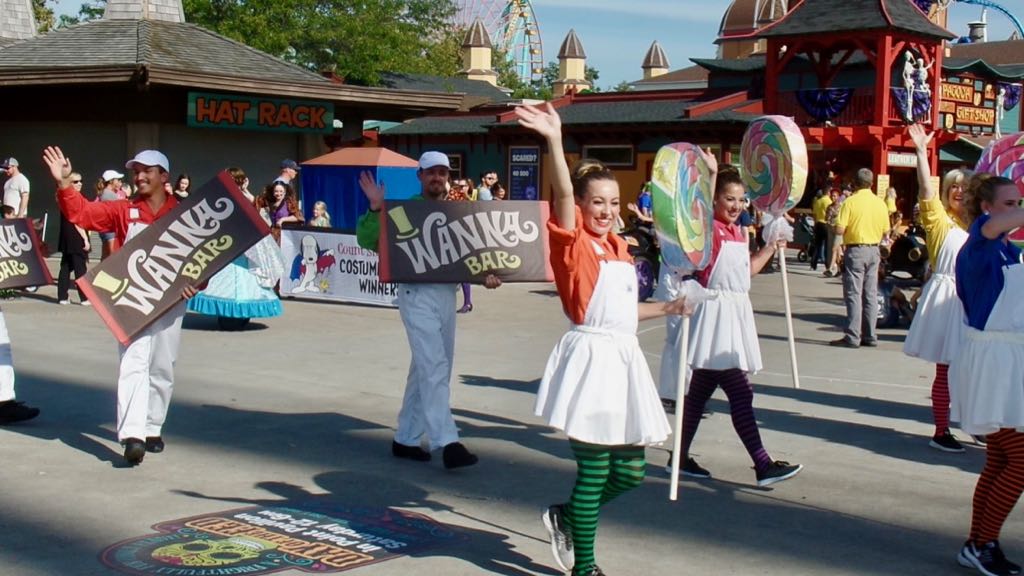 Every year I read these as the hilarious ``Wanka'' bars, but watching my photograph teaches that they are the more reasonable ``Wanna'' bars. They may want to make some typeface adjustments anyway because I know I'm not the only person seeing it this way. 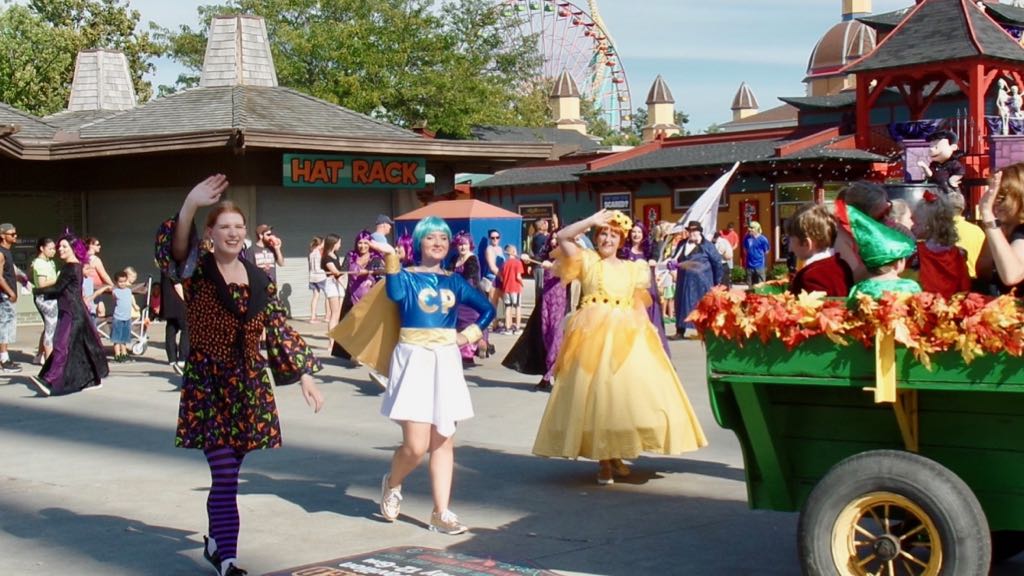 The back of the truck full of kids who entered the costume contest, which gets followed up by ... a fairy princess, a superhero, and your third-grade social studies teacher. 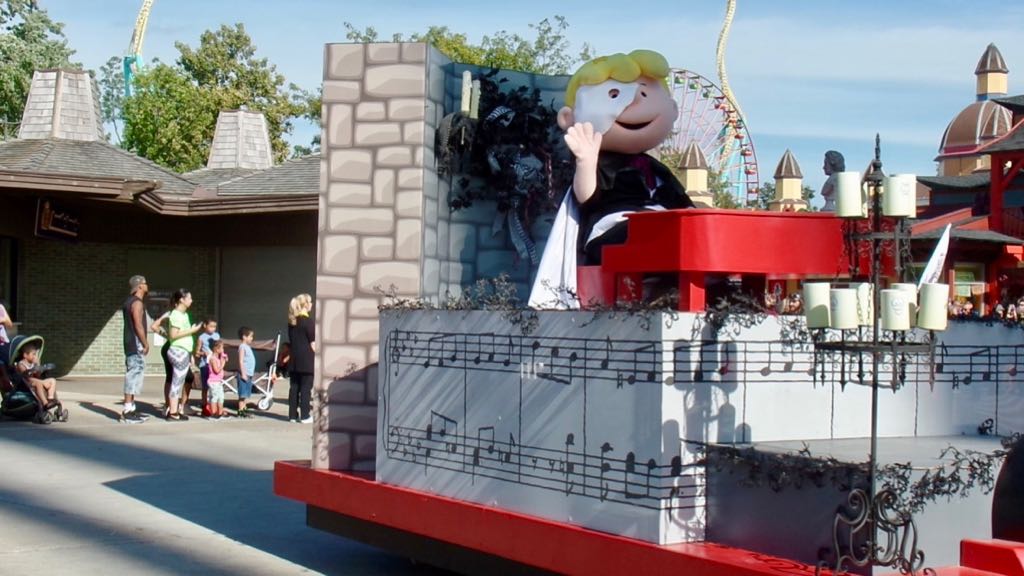 This is certainly a good and not at all ominous look for Schroeder. 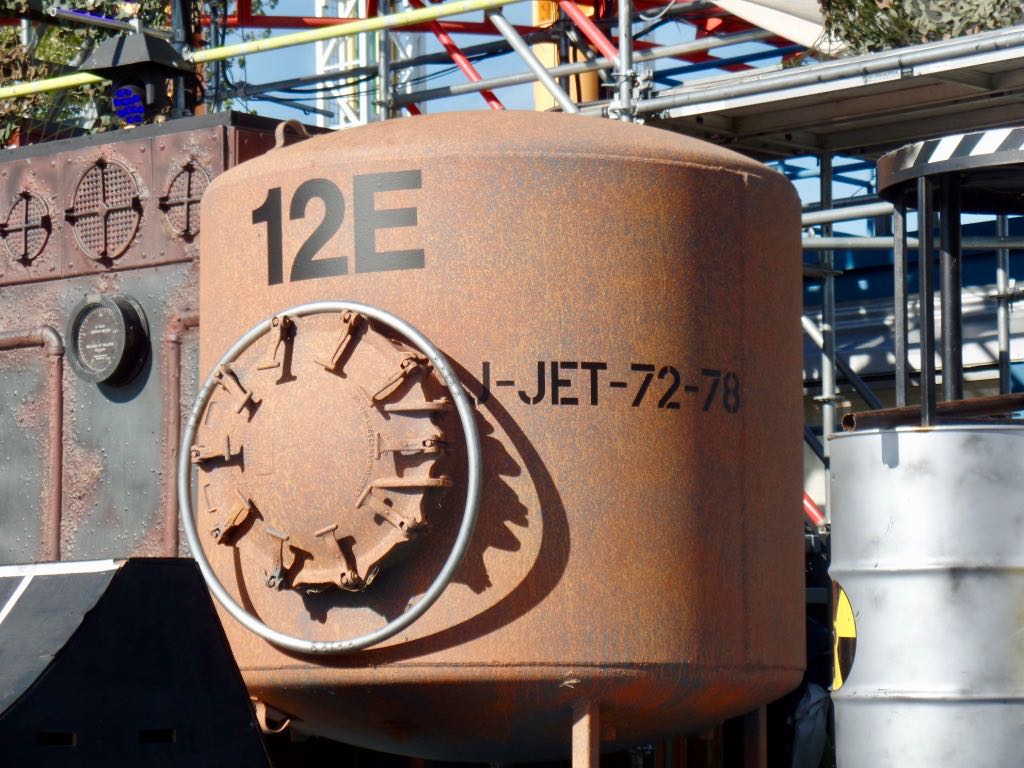 One of the performance stages has fake industrial gear around it. The labels on it are deep into Cedar Point lore. The 12E label here evokes a famous 12E label that used to be on the Disaster Transport roller coaster. The J-Jet-72-78 alludes to the Jumbo Jet roller coaster which operated at Cedar Point from 1972 to 1978. That roller coaster still exists, after a sojourn at Palace Playland in Old Orchard Beach, Maine, at Malm&ouml; Folkets Park in Skane, Sweden. 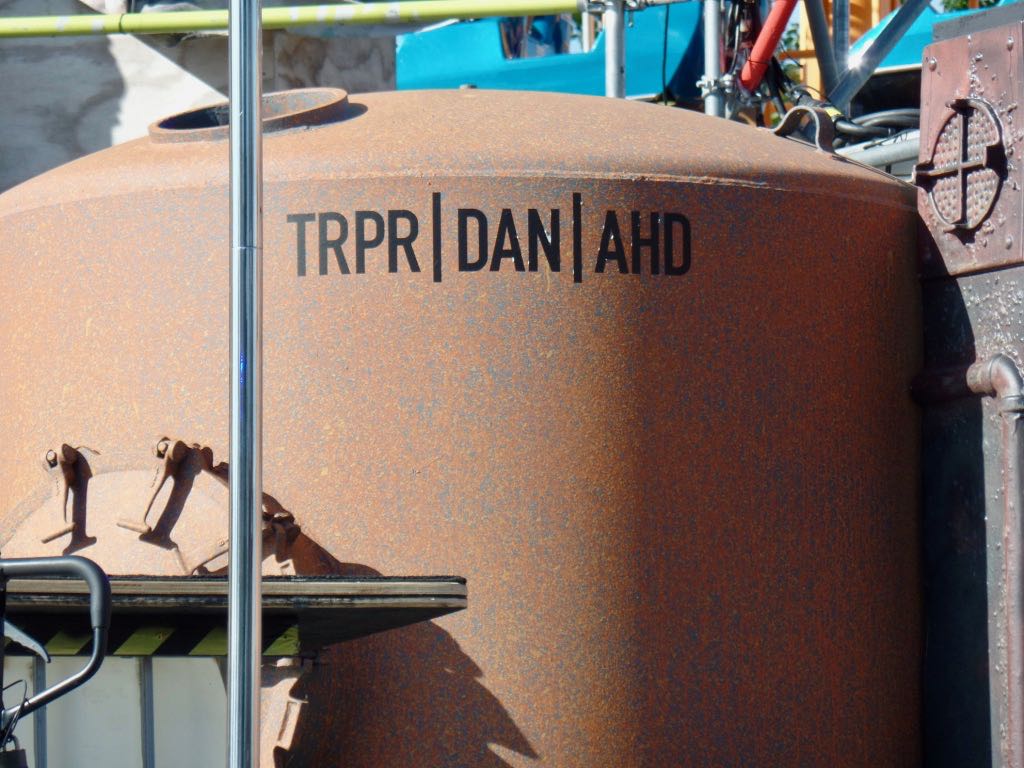 More cryptic notes on the stage hardware. I can't think what TRPR, DAN, or AHD might reference, but I have the feeling we deciphered at least one of them when we were at the park. 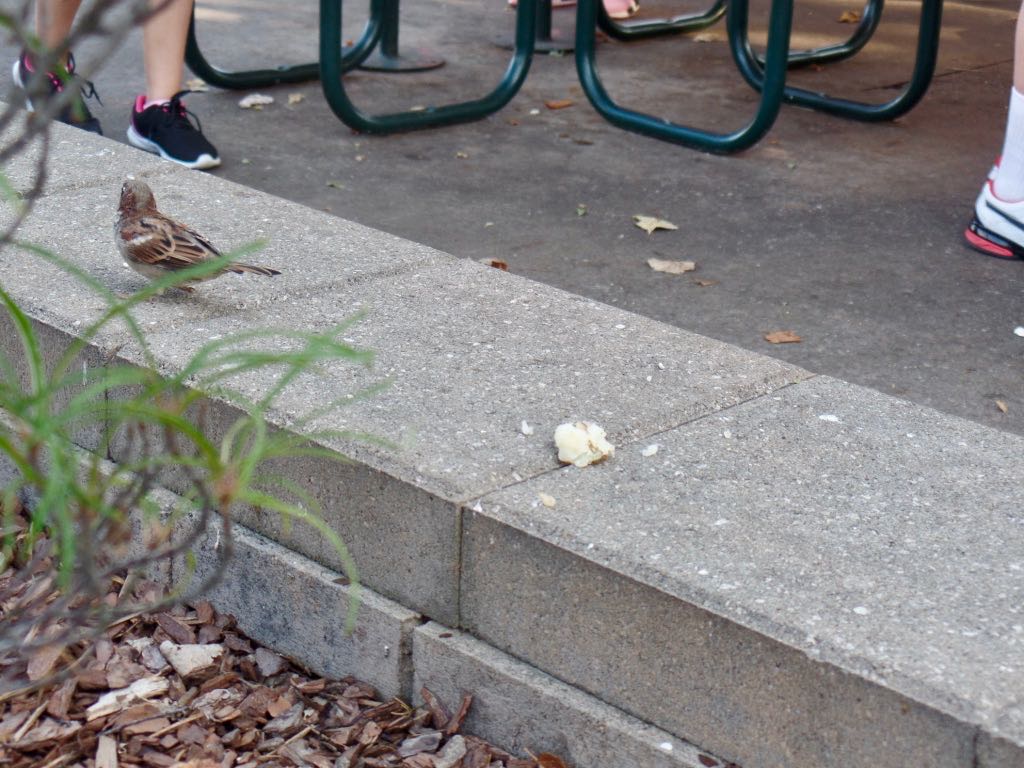 Sparrow acting too good for that bit of pretzel.

Trivia: Astronomer Jules Janssen used a balloon to escape the 1870 Siege of Paris in order to witness the solar eclipse of the 22nd of December that year. He did reach Oran, Algeria, where the skies were ``shut behind a cloud-curtain more impervious than the Prussian lines''. Source: In Search of Planet Vulcan: The Ghost in Newton's Clockwork Universe, Richard Baum, William Sheehan.