To the oceans white with foam

I hope it's been a good Thanksgiving, where applicable. Here's what's been going on over on my humor blog the past week, another one in my low-power, high-Popeye mode:

And now we close out our September 2019 extra trip to Cedar Point for some Halloweekends atmosphere. Place your bets about what comes up next on my photo roll! The blue structure is the SlingShot reverse bungee ride, one of the upcharge attractions. What's interested me here is that big ... brush? ... on a tall pole. Its origin and purpose ... a mystery. 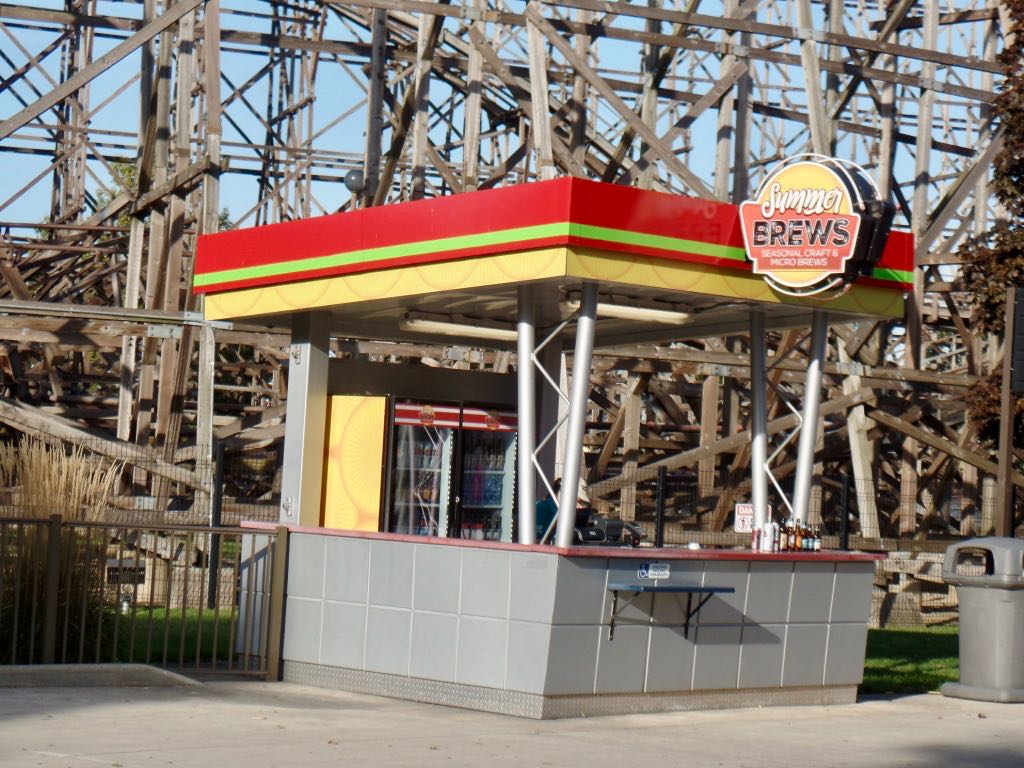 Summer Brews, a drink stand that looks like it's open even though this was autumn. One of the increasing number of places to get beer in the park, though. Microbrews, they say. 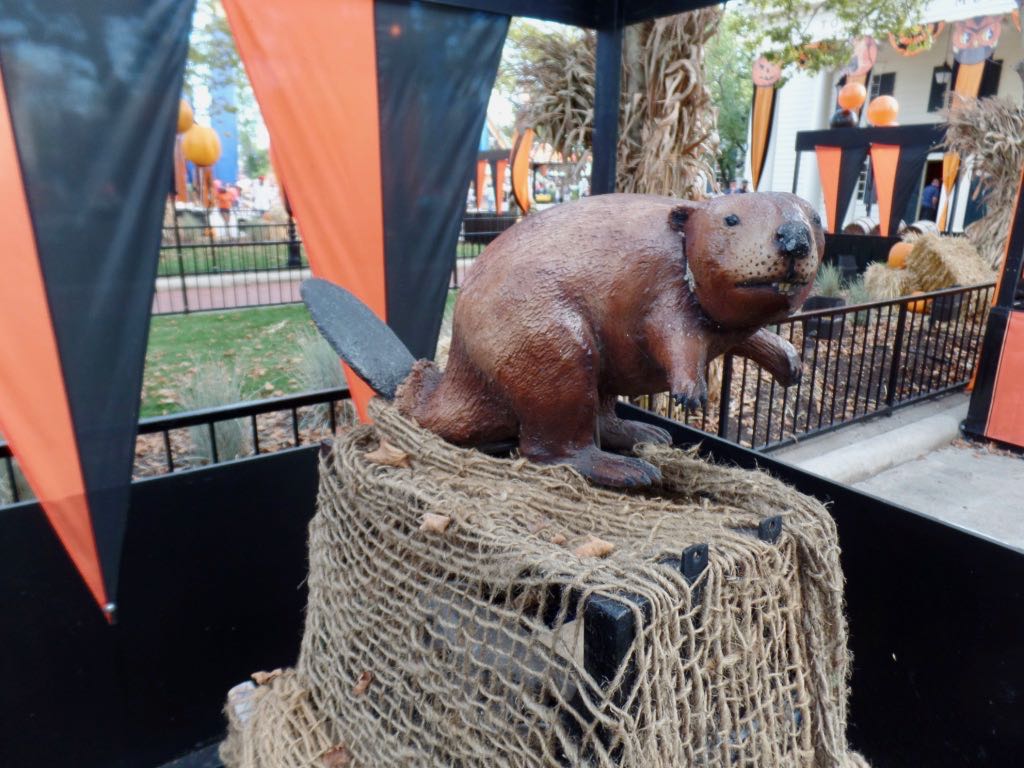 The Singing Beaver, one of the Harvest Fear attractions near the Town Hall Museum. The animatronic was surely salvaged from the old river cruise attraction, although it's not set up to do anything. 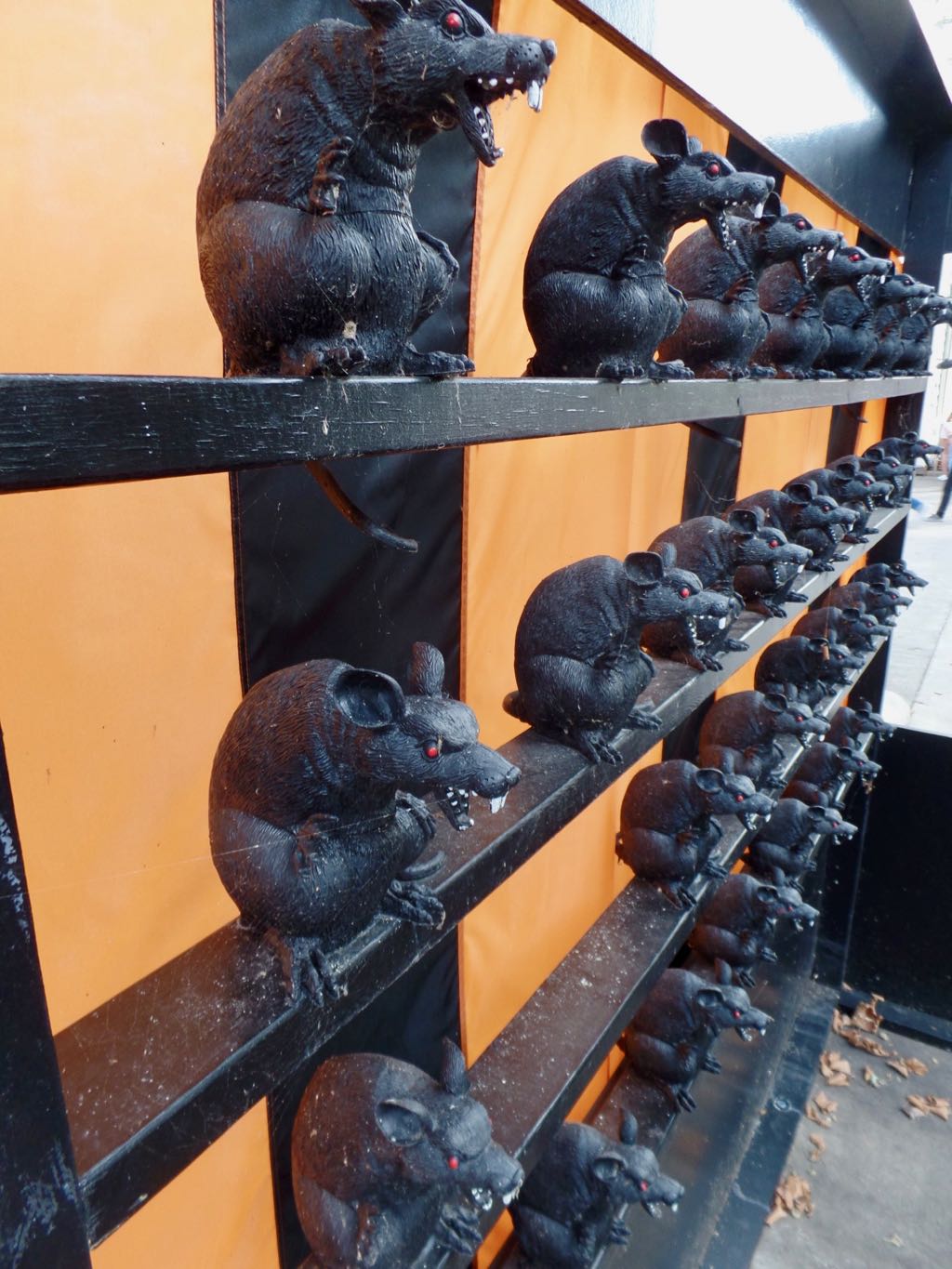 Rack of Rats, another Harvest Fear decoration that looks like a midway game but is not actually playable. 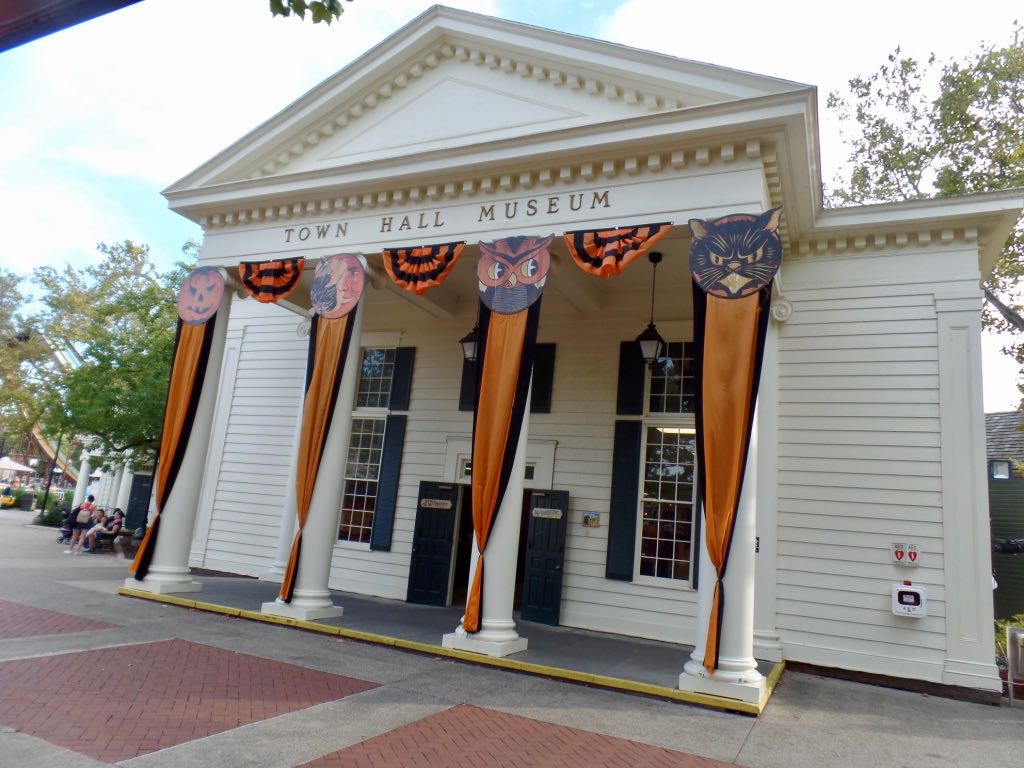 Exterior of the Town Hall Museum, with decorations that look like 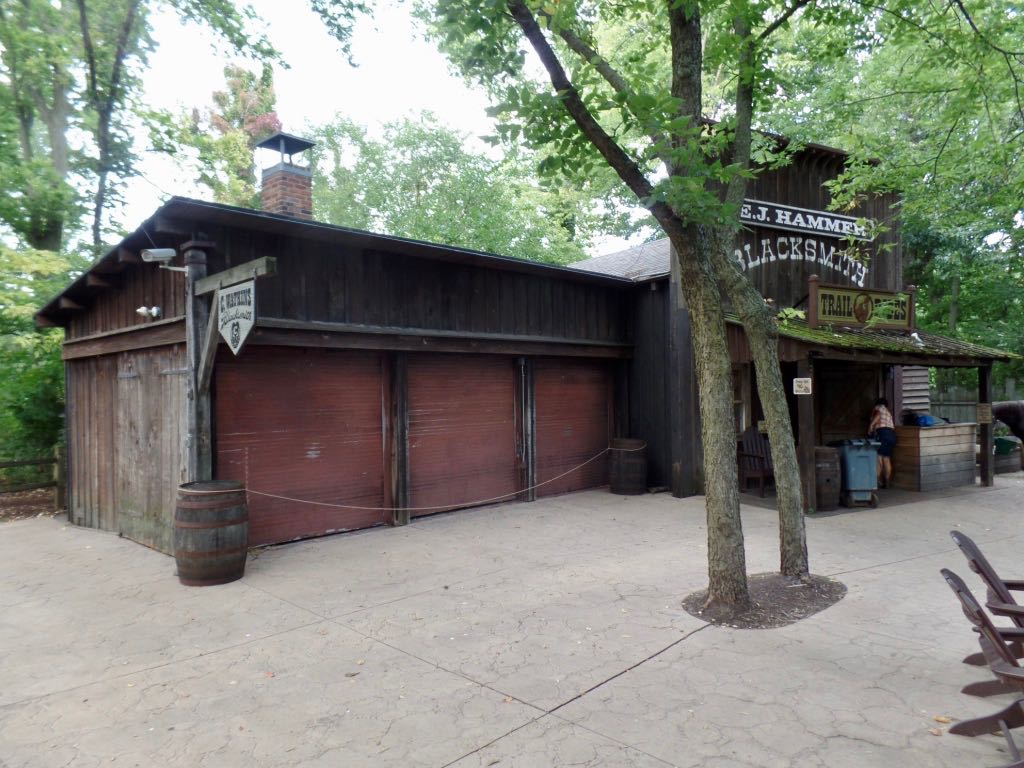 The Frontier Trail has a bunch of buildings salvaged from historical sites in Ohio; the EJ Hammer Blacksmith's has been around since like 1970 and theoretically offers horse rides. The C Watkins sign is part of the new Steel Vengeance-centered Frontiertown Cinematic Universe that they've been building up at the far end of the park. I don't know whether EJ Hammer's name is not long for this world. 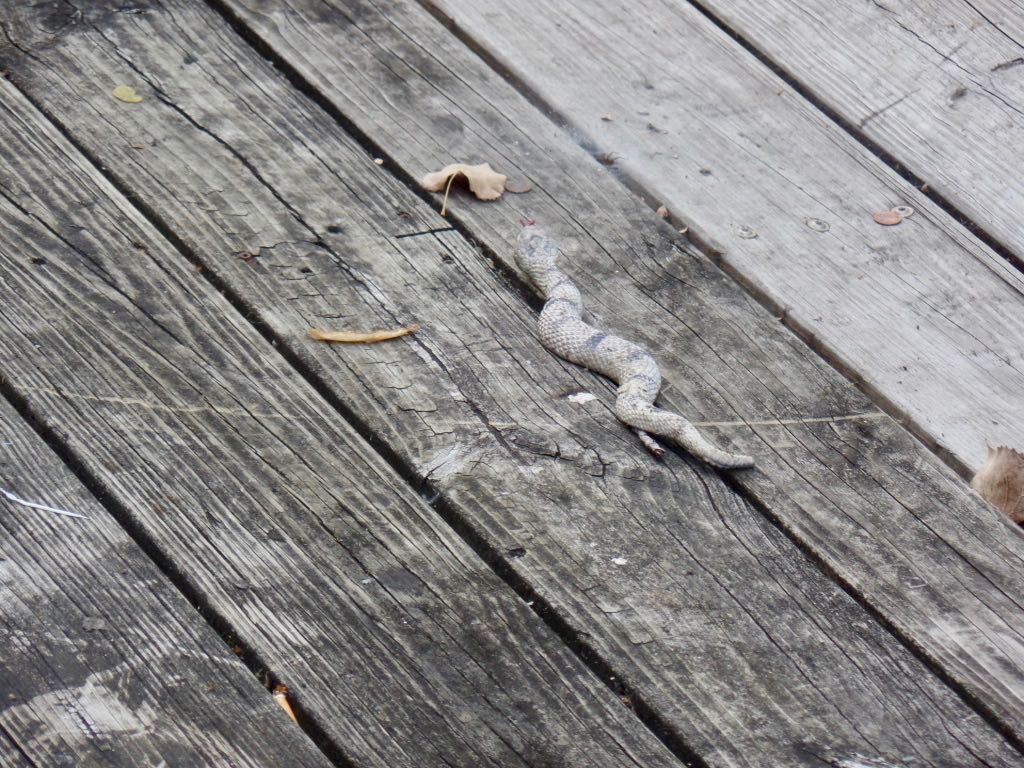 Snake! I assume a real one but it seems out of place to have one posed so cinematically. (Also I seem to only have the one picture, which seems very out of character for me spotting wildlife at the park.) 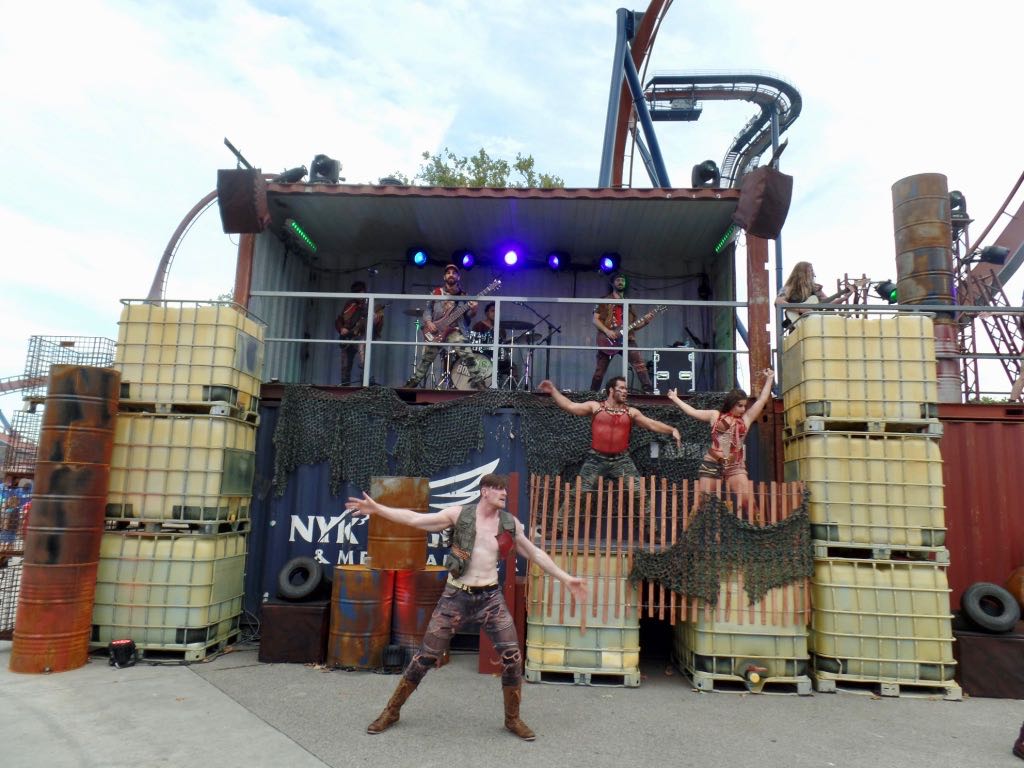 Performers in one of the open-air venues. They had some sort of postapocalyptic-battle-of-the-bands theme thing going with the people at the stage I showed yesterday, the one with the 12E and J-Jet markings. 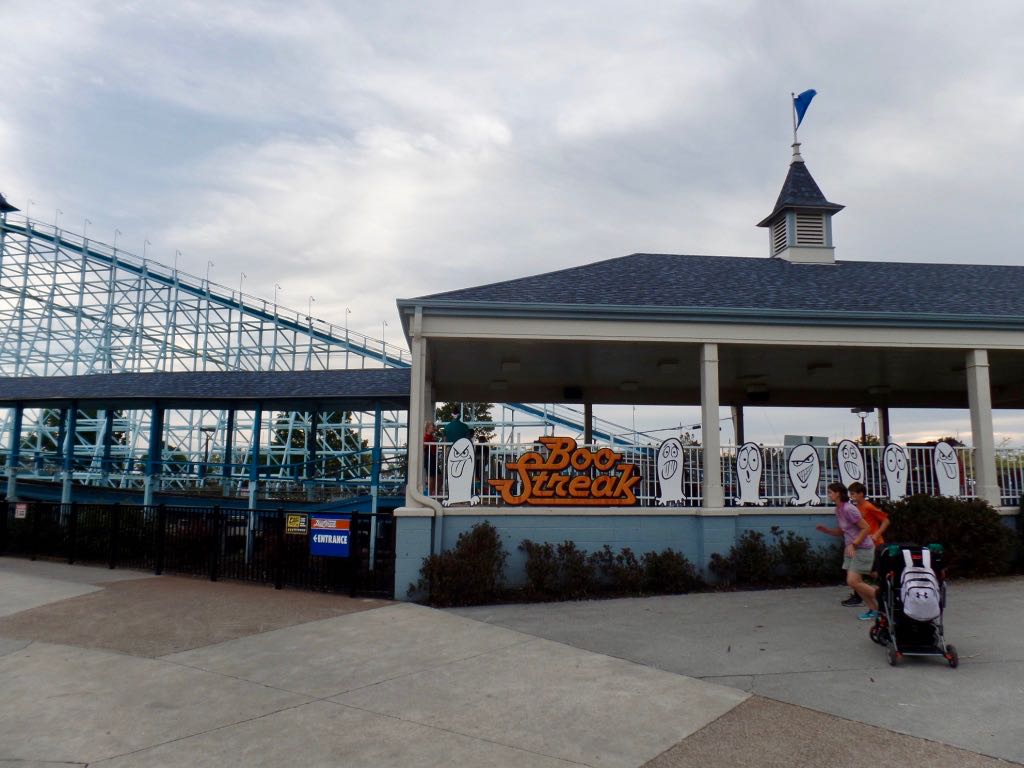 Blue Streak, the oldest roller coaster still at Cedar Point, given some decoration and a seasonal name for Halloweekends. 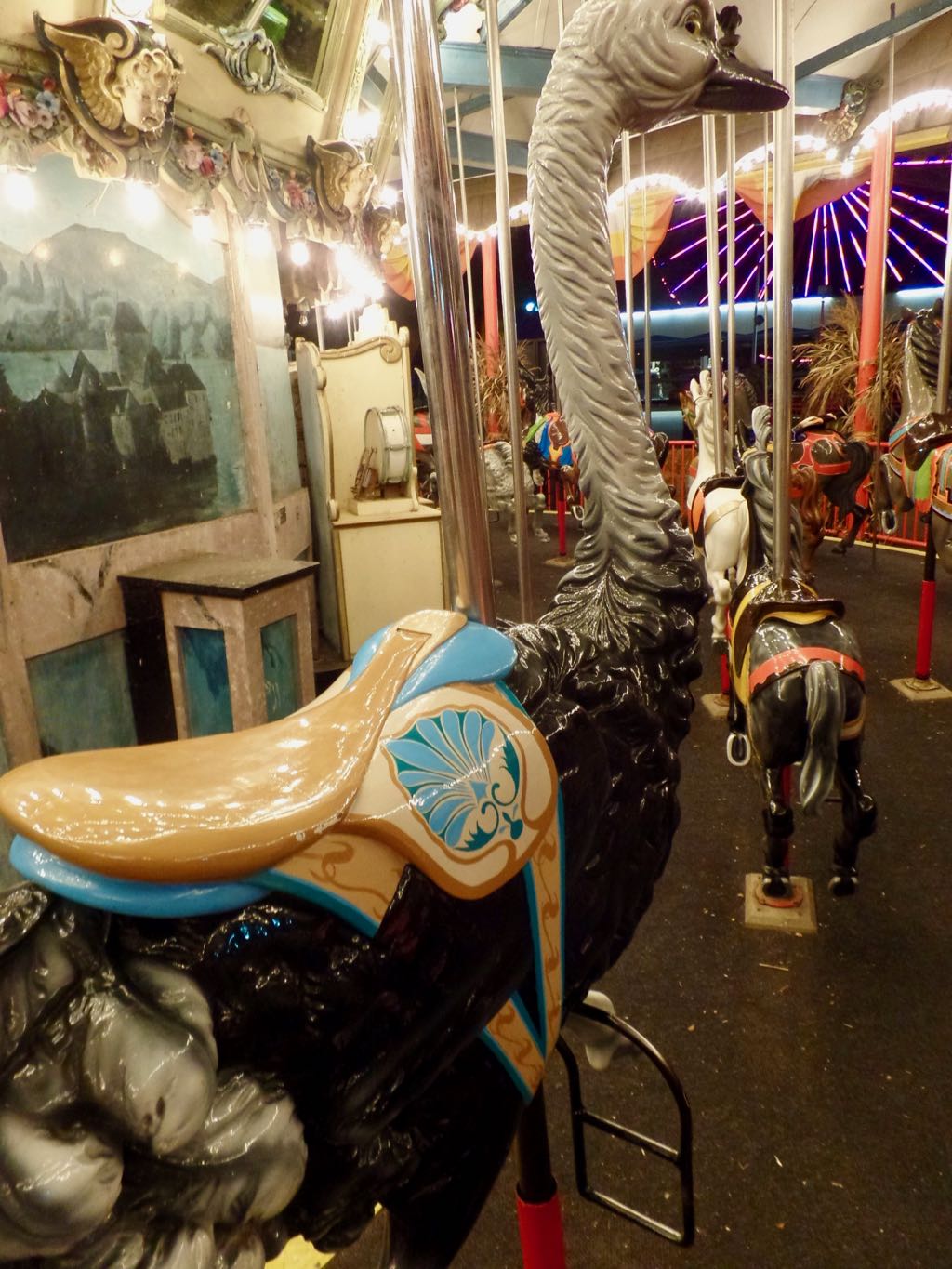 The ostrich on the Kiddie Kingdom antique carousel. 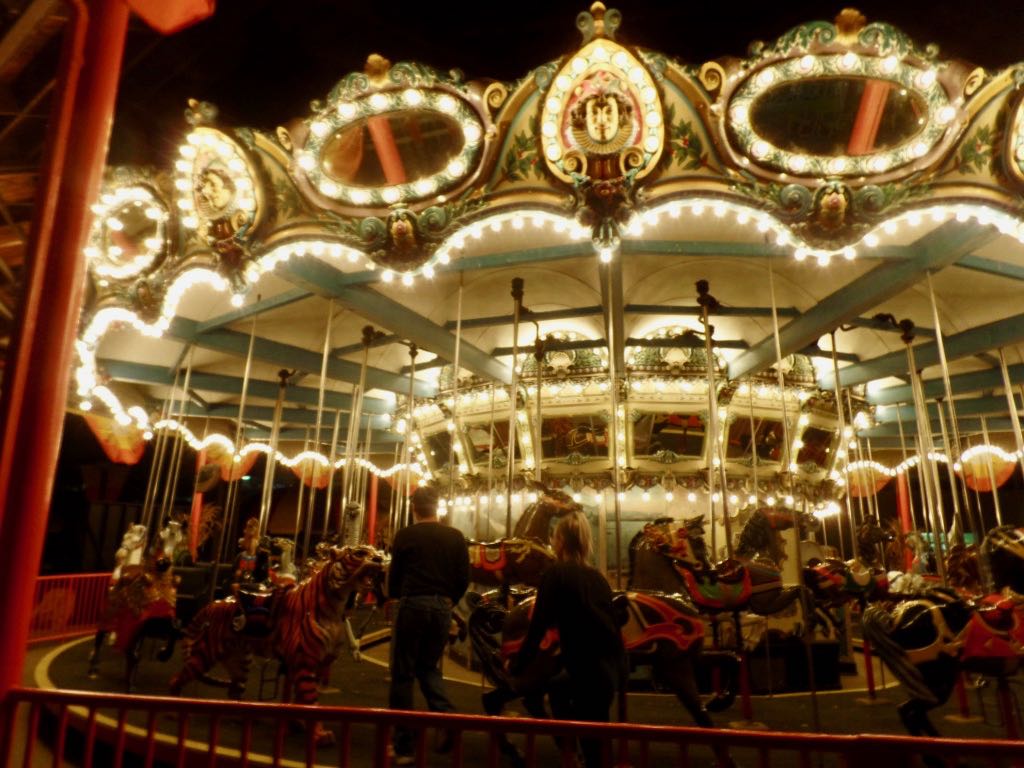 And a look at the Kiddie Kingdom carousel, where we closed out the night.

Trivia: 13th century Italian accountants adopted the practice of recording, in their ledgers, debts and credits from the perspective of the client. Eg, if they were owed ten ducats by Giovanni, they would write ``Giovanni must give ten ducats'', with the ``give'' eventually taken as implicit: ``Giovanni must ten ducats''. Source: Gold and Spices: The Rise of Commerce in the Middle Ages, Jean Favier.