I'm dreaming of the Great Pumpkin

Haven't had time to write up what happened with Thanksgiving, although it was nice enough considering. So let me get to the next thing on my photo roll, which is ... a bunch of miscellaneous little things, mostly recording pinball scores for selfie tournaments. The next thing of interest is ... Halloweekends at Cedar Point! Specifically our real, proper, weekend, the one where we stayed at the Breakers hotel and all. We drove down Friday and checked in to the hotel. 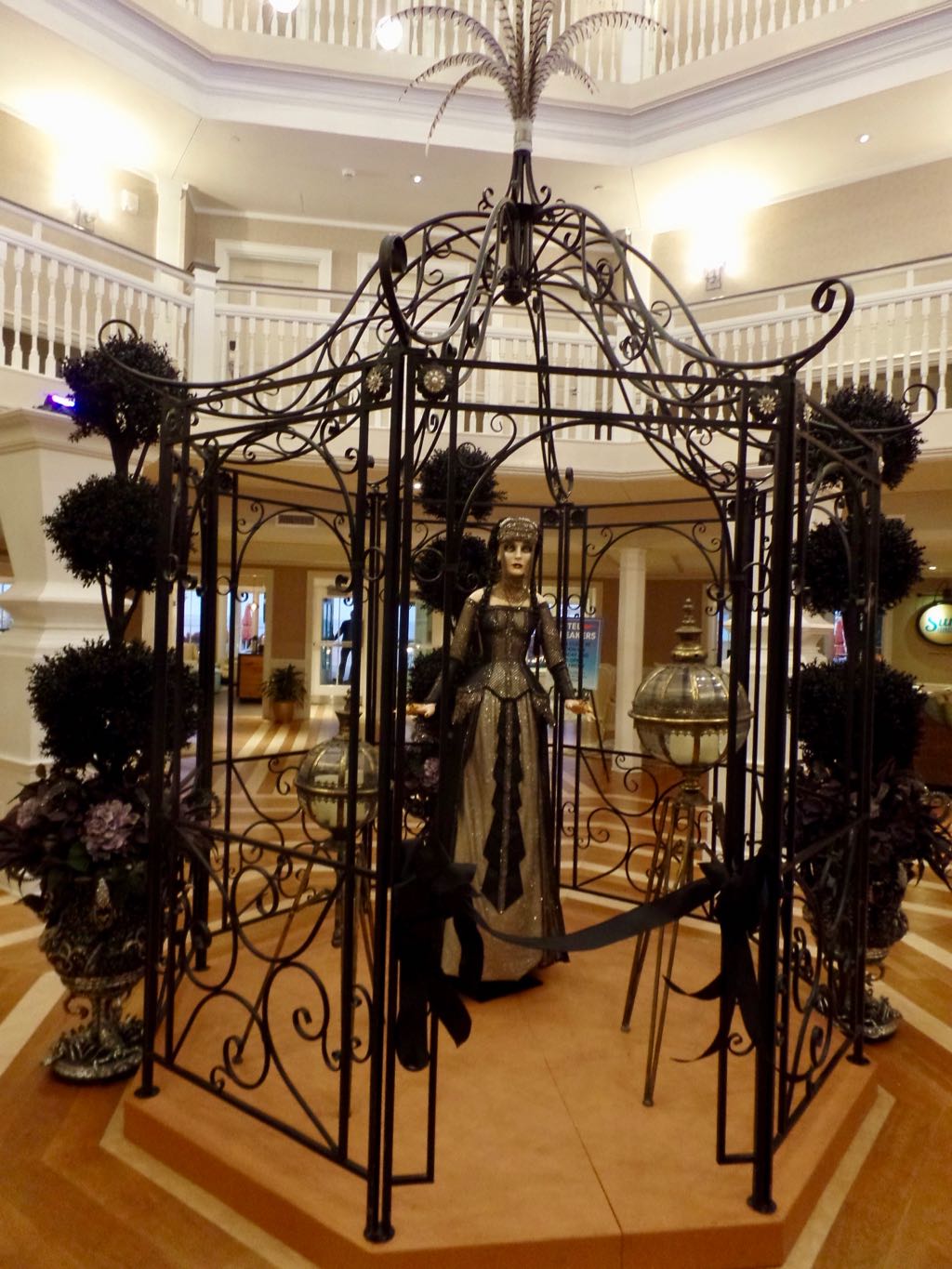 They decorate the Breakers for Halloween; we've never stayed there outside Halloweekends. (This was going to be the summer we just went in and looked around.) Here, in the rotunda of the Breakers, they'd set up a haunted gazebo. 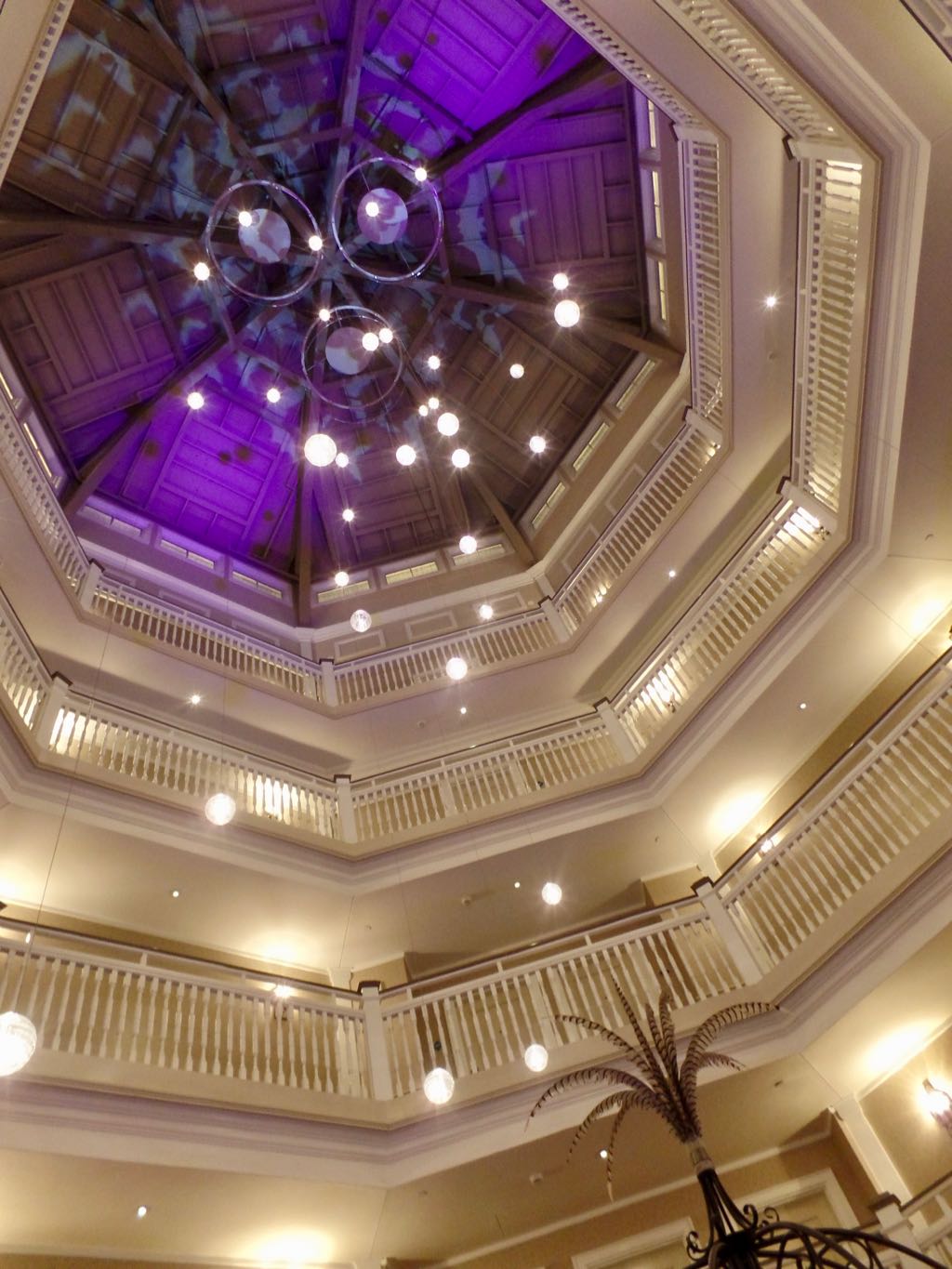 Bats projected in light to the ceiling of the rotunda. The upper floors have rooms now, the result of a renovation a couple years ago. We've never stayed in those but imagine those rooms must be impossibly loud. 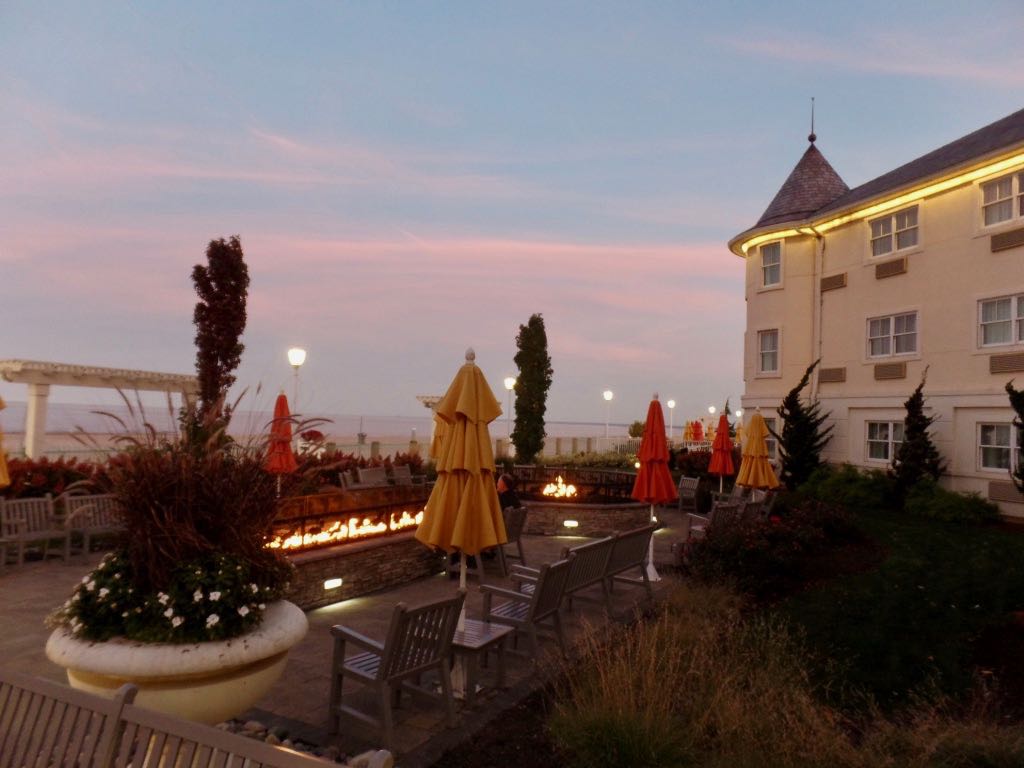 Looking out east from the Breakers onto Lake Erie in the late-evening sky. 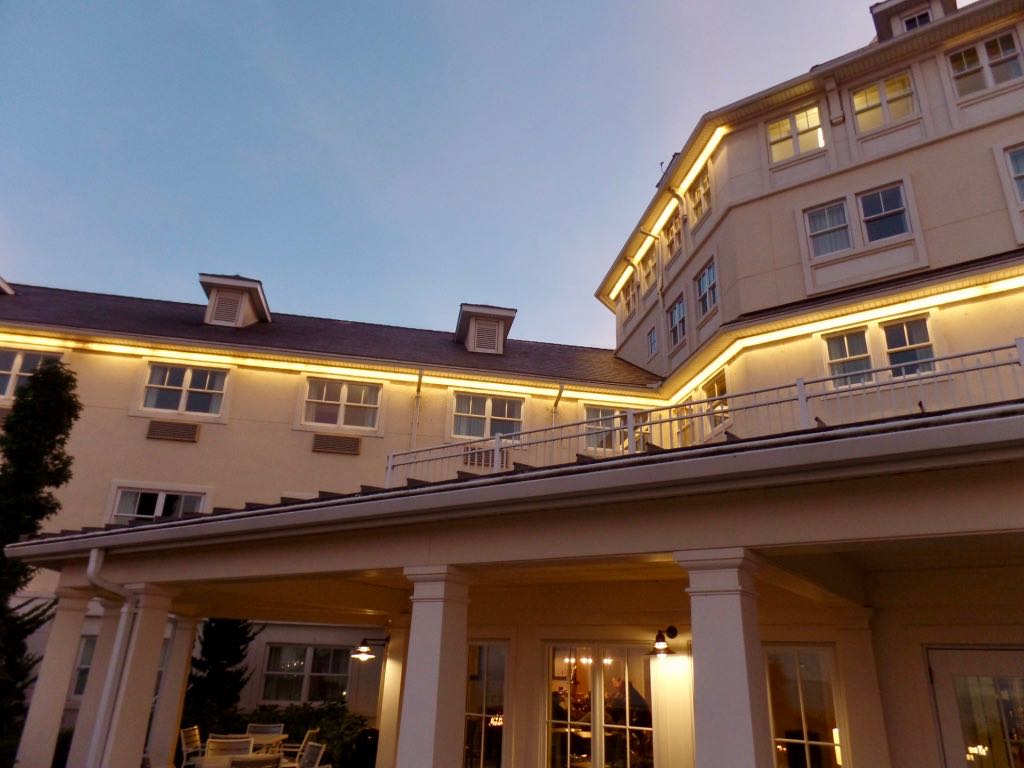 Looking back at the Breakers and the neon-like tubes to give the place that touch of Tron. 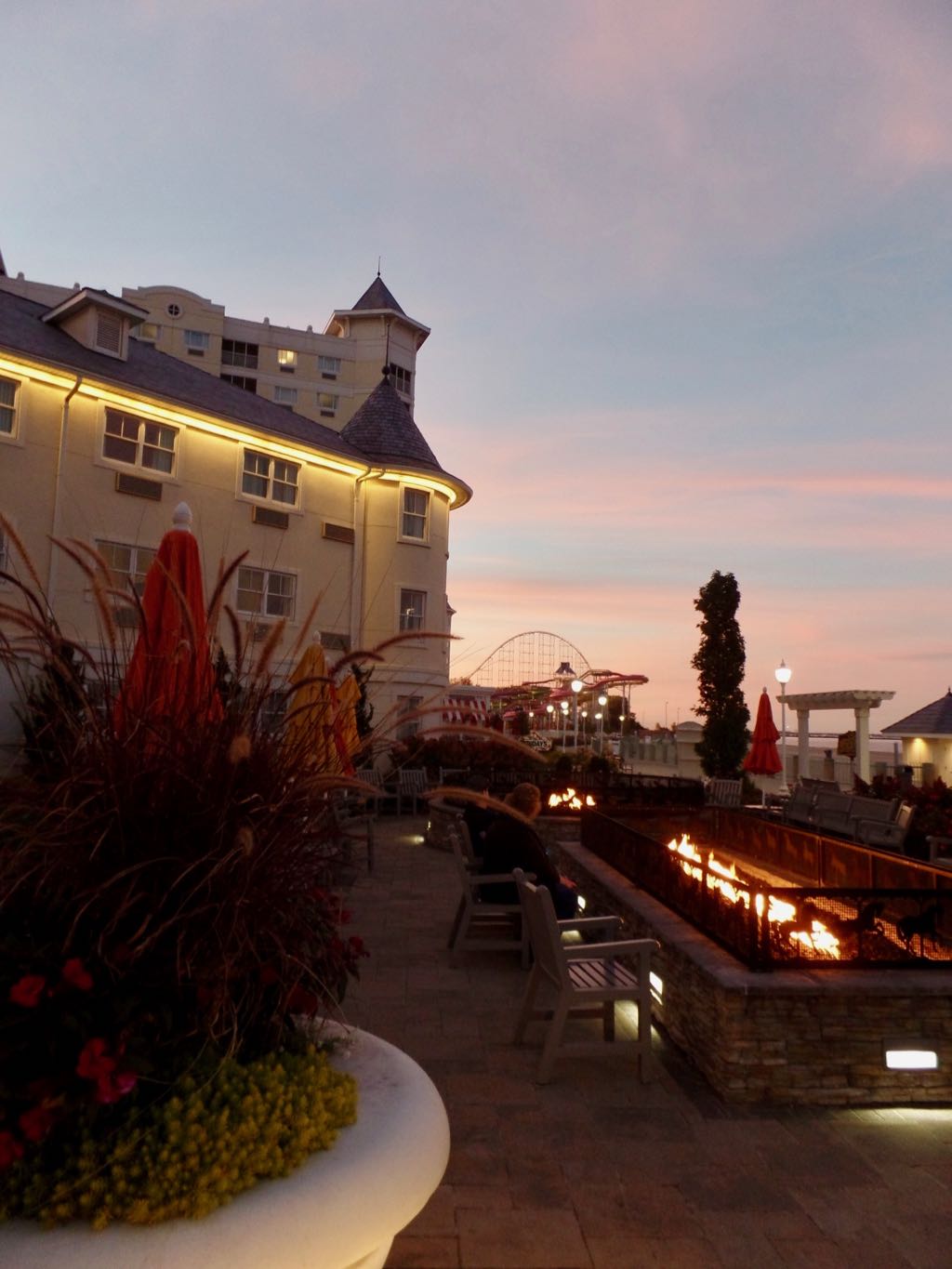 Looking west at the Breakers and, in the distance, Magnum XL-200. Also a fire pit, up close. 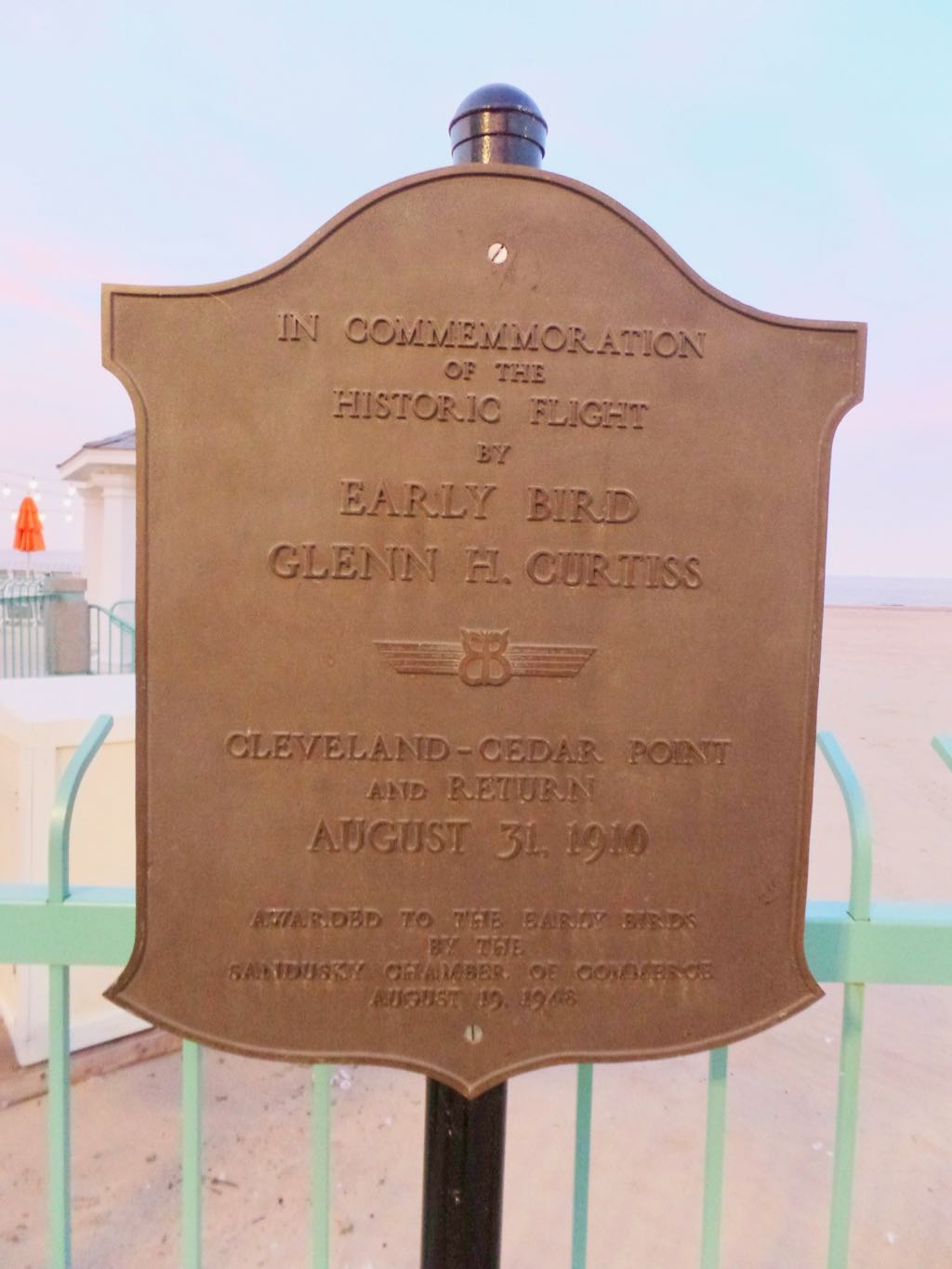 One of the historic markers outside the Breakers, this one commemorating Glenn Curtiss's nonstop flight from Cleveland in the early days of flight. 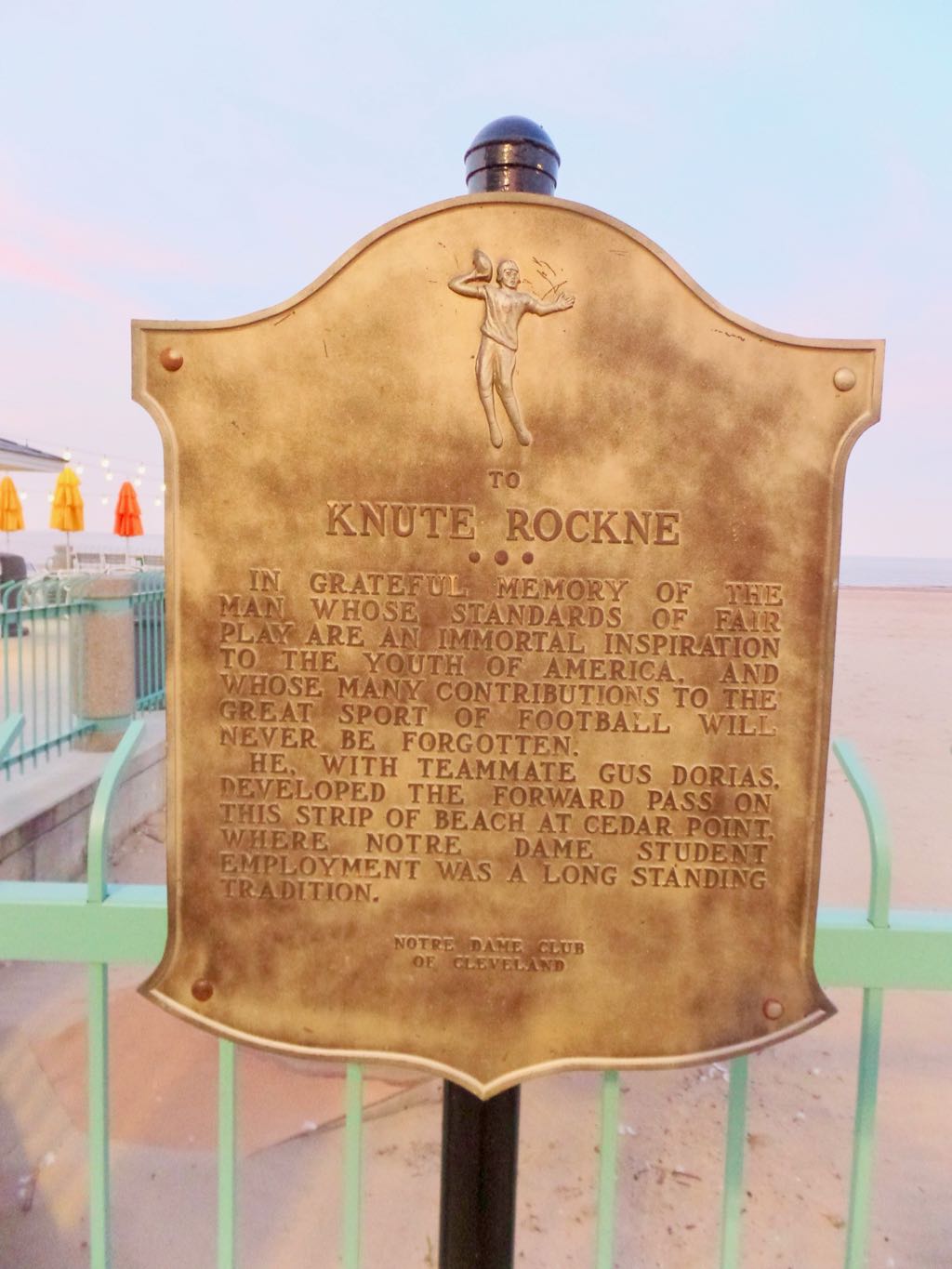 Another marker, commemorating Knute Rockne and Gus Dorias developing the forward-pass technology on the sands of Cedar Point. 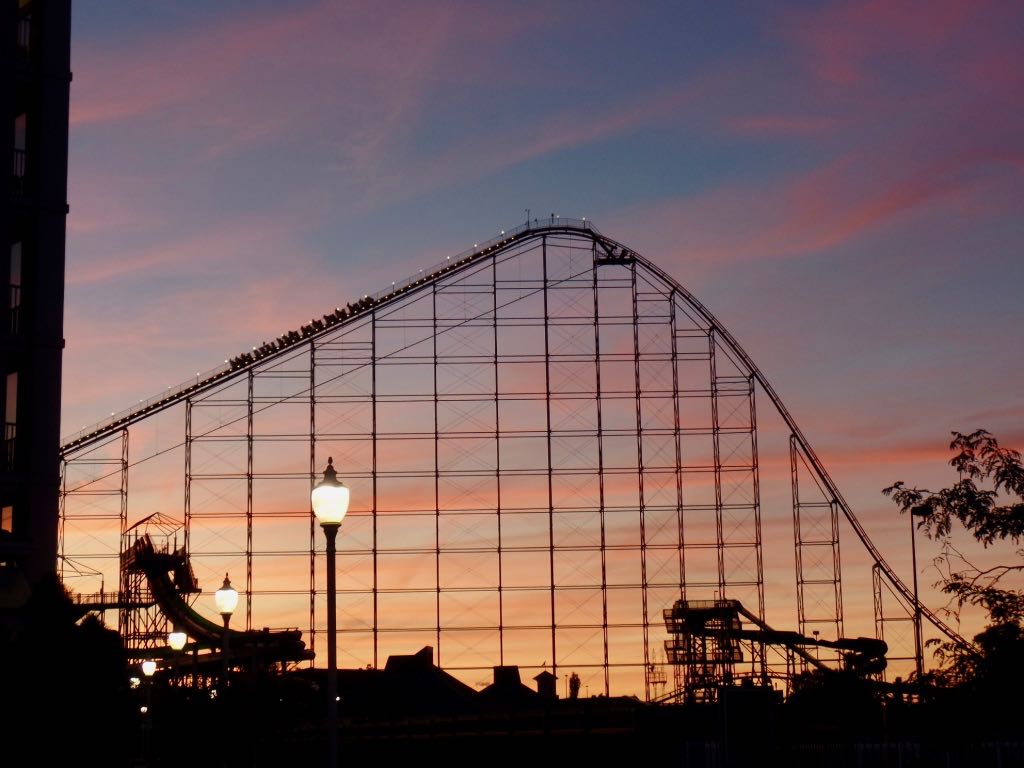 Train ascending the Millennium Force lift hill. The Cedar Point Shores water park is the other stuff silhouetted here. I love how the pink clouds nearly match the structure of the roller coaster. 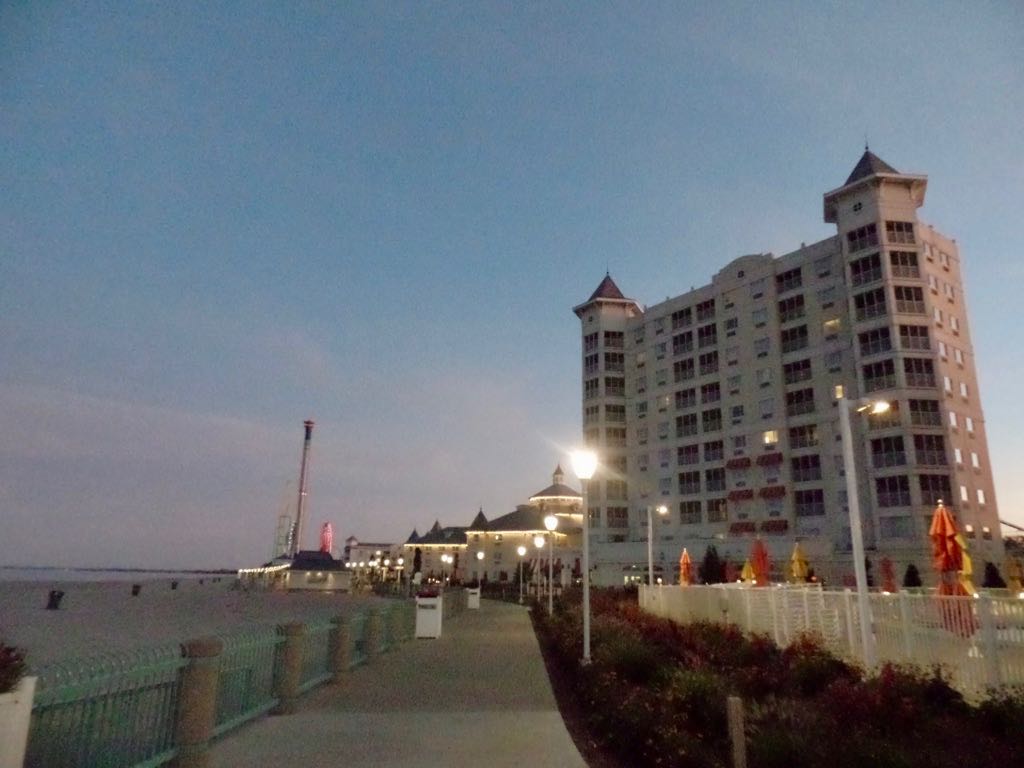 Looking back at the Breakers. The block of rooms to the right was put up a couple years ago, replacing a wing that had been renovated only a couple years before that. 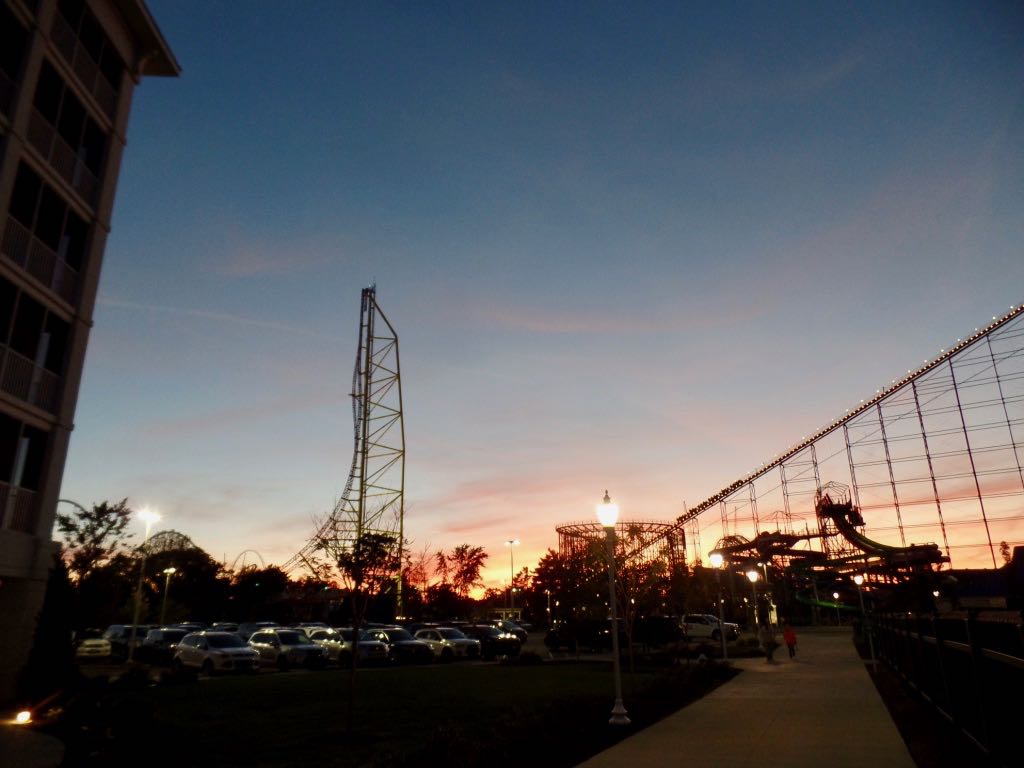 Top Thrill Dragster's the tall coaster in the center. Gemini's the squat one with the turnaround there behind the street light. There's a train ascending Magnum. 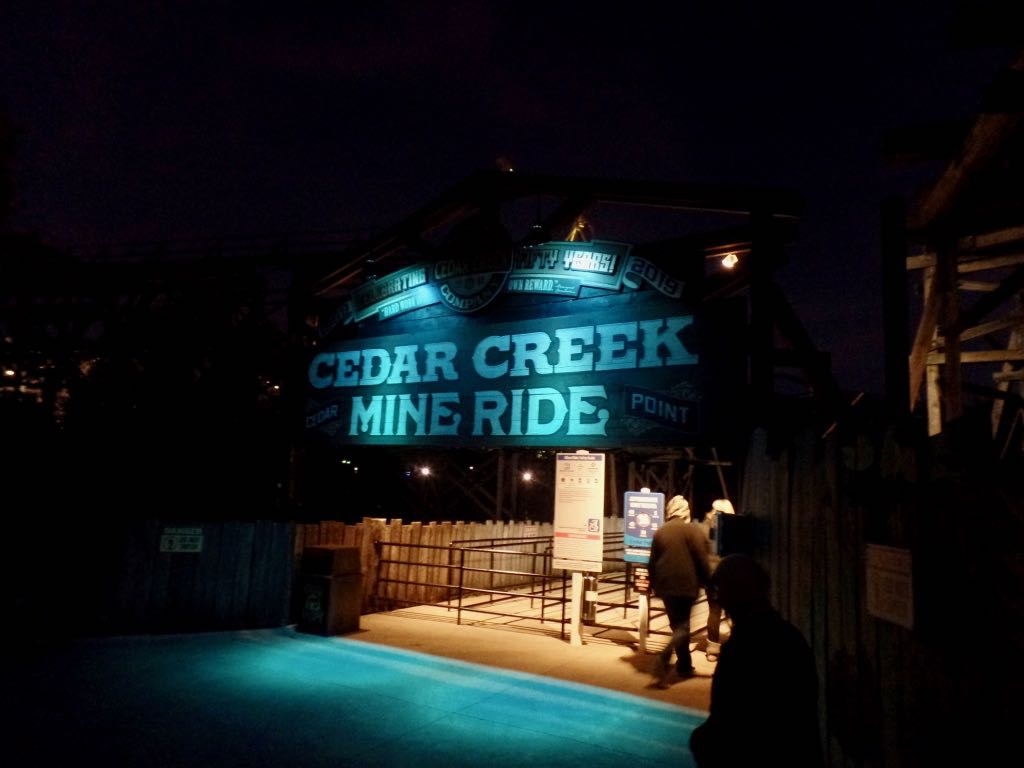 Cedar Creek Mine Ride's entrance, as illuminated for the night ride. 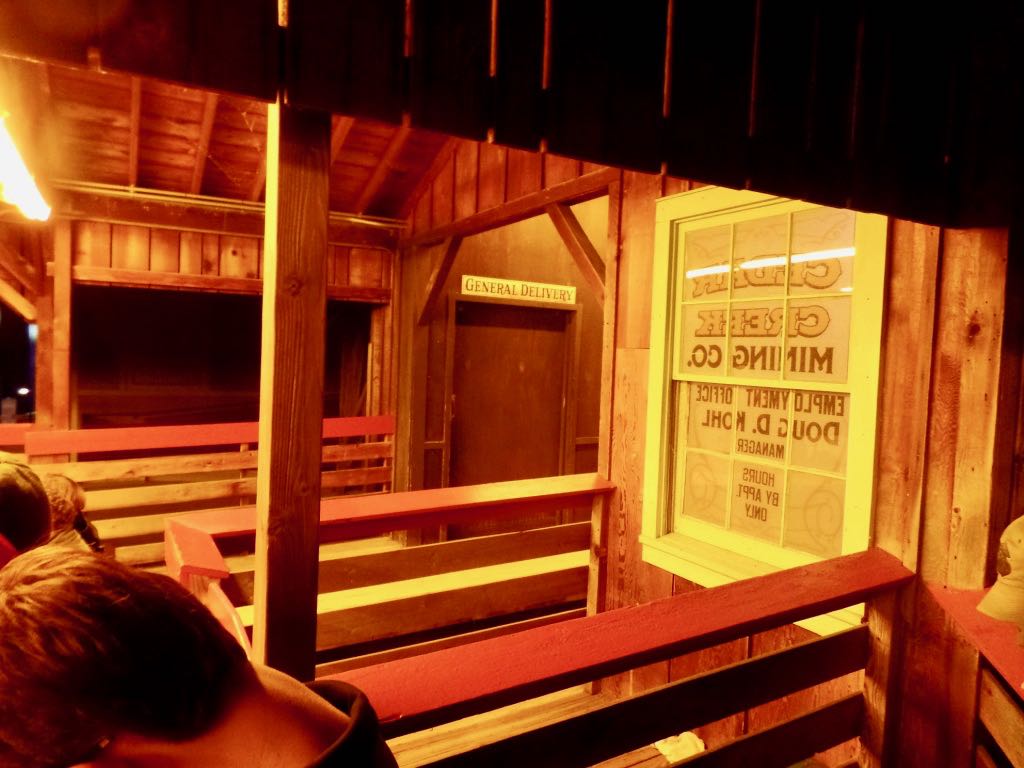 Mine Ride's station. There's now signs in the window for the Cedar Creek Mining Company, part of the Frontiertown Cinematic Universe stuff.

Trivia: In 1906 there were five vaudeville houses in Philadelphia: the Ninth and Arch Street Museum and Theater; the Bijou; the Lyceam; the Trocadero; and B F Keith's. In 1921 there were still five: the Grand Opera House, B F Keith's; the People's; the Broadway; and the William Penn. Source: The Encyclopedia of Vaudeville, Anthony Slide.

PS: Using my A to Z Archives: Extreme Value Theorem, if you'd like to hear about something I talked about a couple years ago.