I know chasing after you is like a fairytale

It's my antepenultimate giant essay for the year. My All 2020 Mathematics A to Z: Extraneous Solutions does the work of the letter 'X' and I hope you enjoy as I think it taught me something about extraneous solutions. Also missing solutions, although that gets less attention.

And in cartoon-watching? It's a special 60s Popeye: The Whiffle Bird’s Revenge and Rough House’s Screen Debut for everyone who's looking for minor characters appearing.

Now back to the Merry-Go-Round Museum, seen in October of 2019. 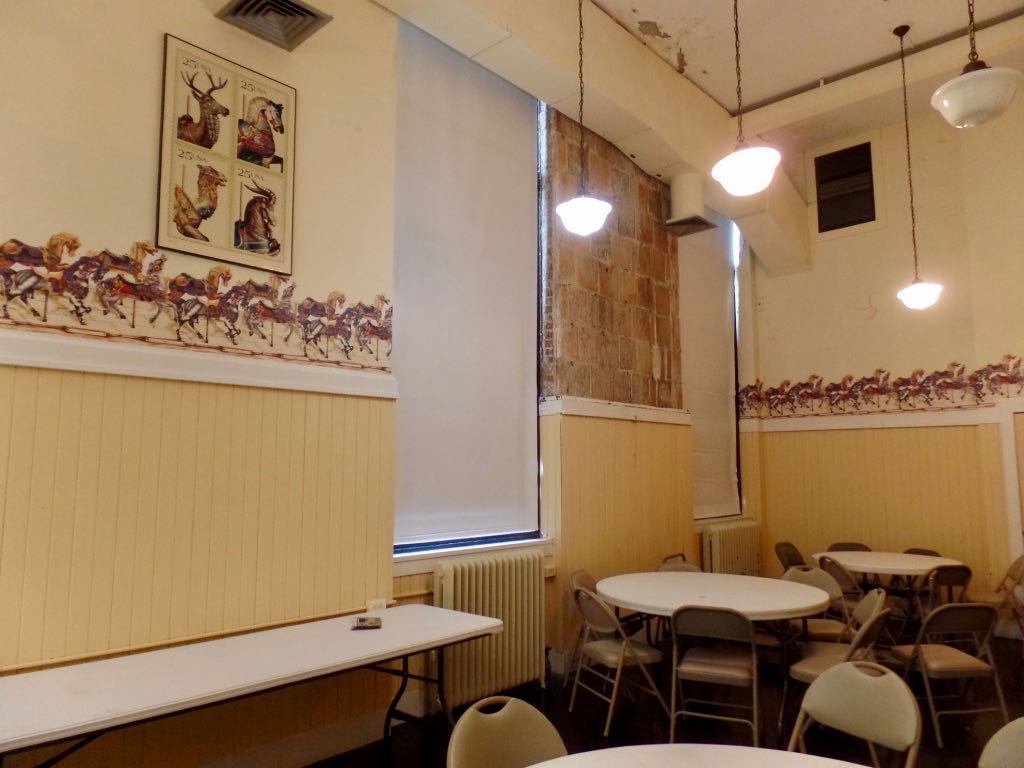 The event room at the Merry-Go-Round Museum. They offer the place out for stuff like weddings and if we had known, we ... wouldn't have had our wedding there. Too far for her parents, given the dogs they had to care for. But hey, a wedding with unlimited merry-go-round rides? There's some appeal there. 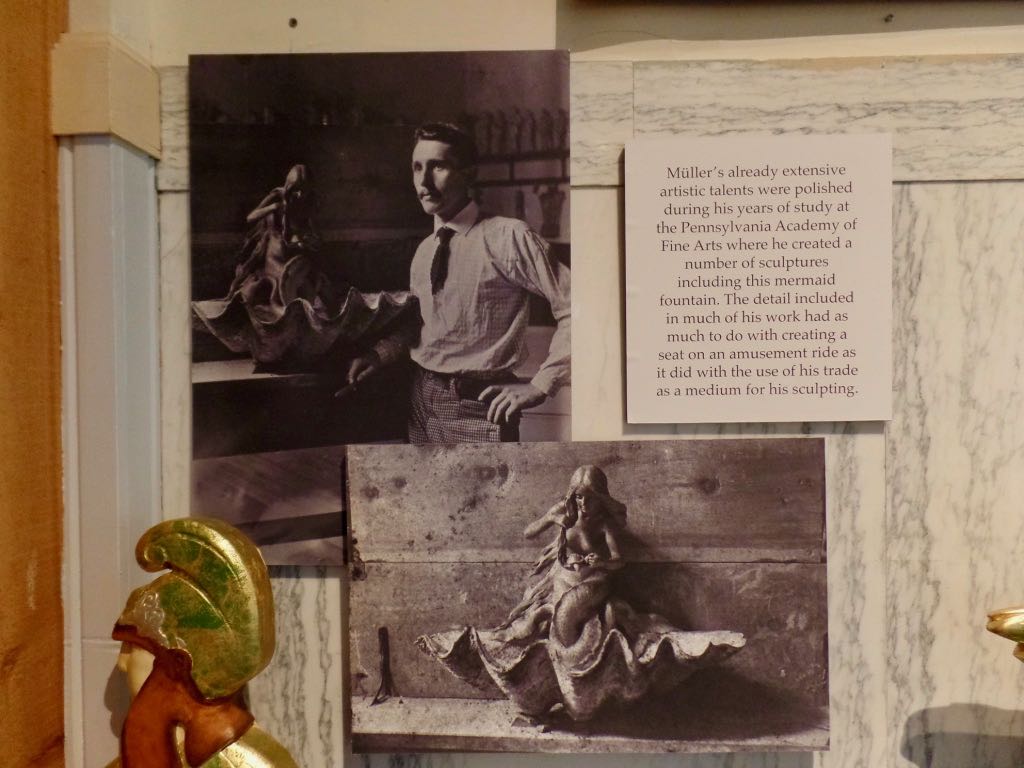 Panels talking about carousel magnate Daniel Müller, including a picture of one of his sculptures. 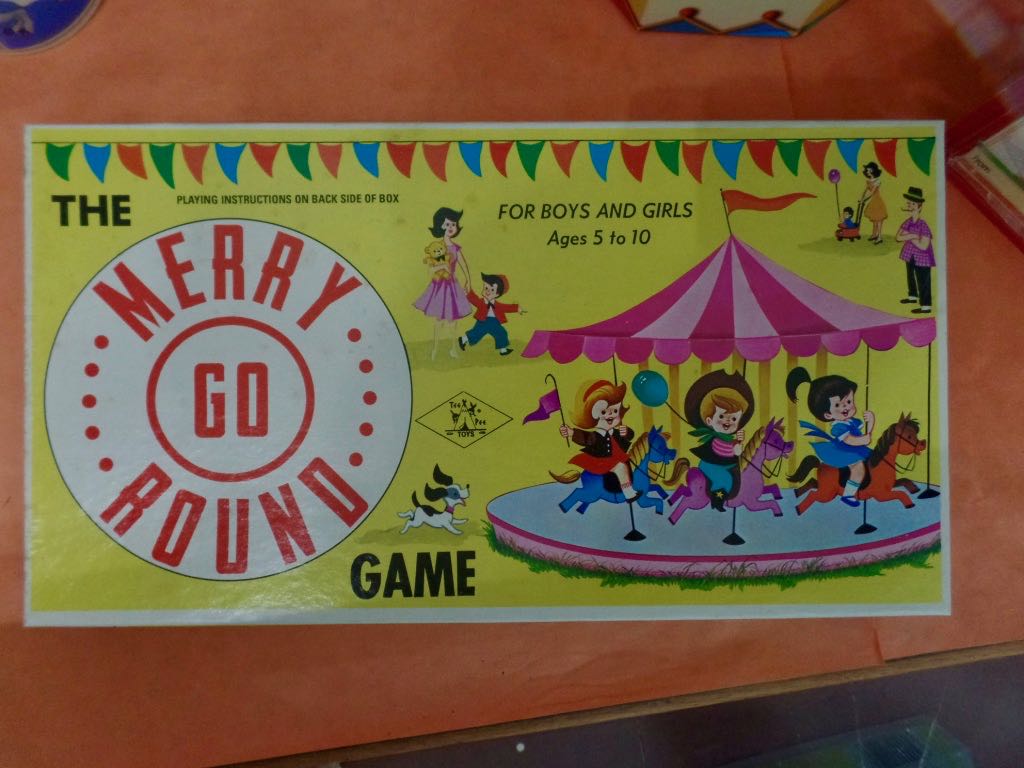 The Merry-Go-Round Game, with a great mid-century design; I love that disc, particularly. According to BoardGameGeek, it's a spin-and-move game. But they also have three pictures of what appear to be very different games, only one of which is the one depicted here. 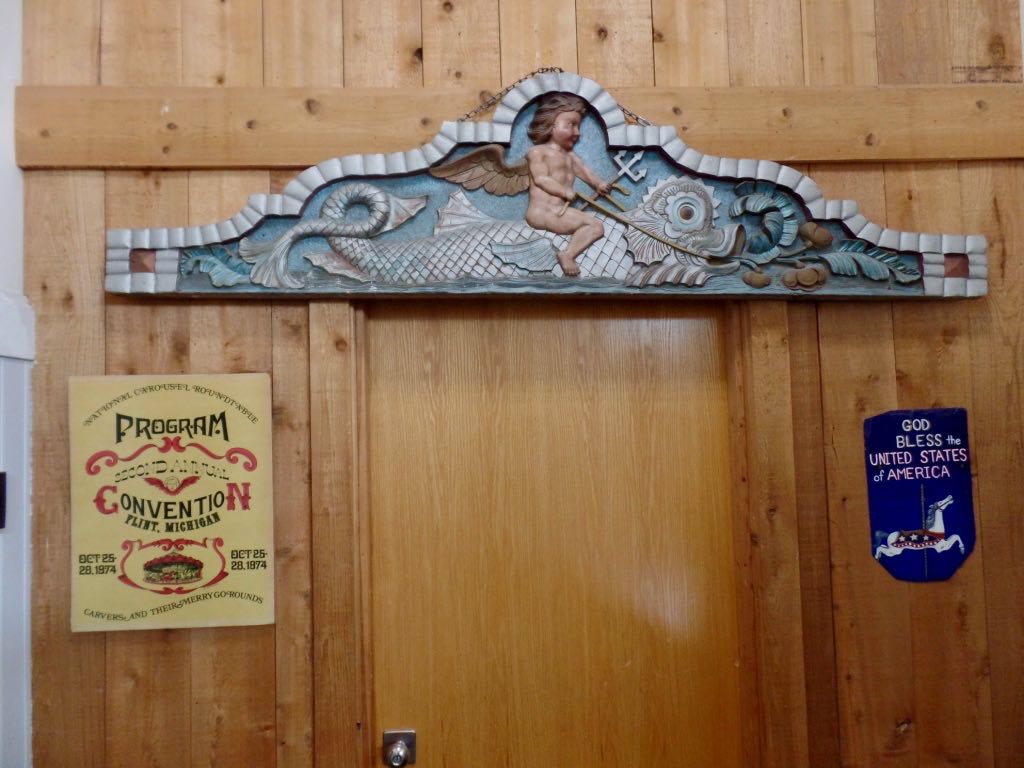 One of the doors into the event room, with some of the decorations of a carousel above it and also, note, the poster for the 2nd Annual National Carousel Association convention, held in Flint in 1974. Why Flint? Good question! Crossroads Village, a county park near Flint, would get in a C W Parker antique carousel that's in good shape and runs at six rotations per minute so it's actually a thrill ride, but that wasn't there in 1974 and I don't know of anything carousel-related that was.

bunny_hugger has learned there was at least one carousel carver in Saginaw, Michigan, in the early 20th century but that's still a bit away from Flint. 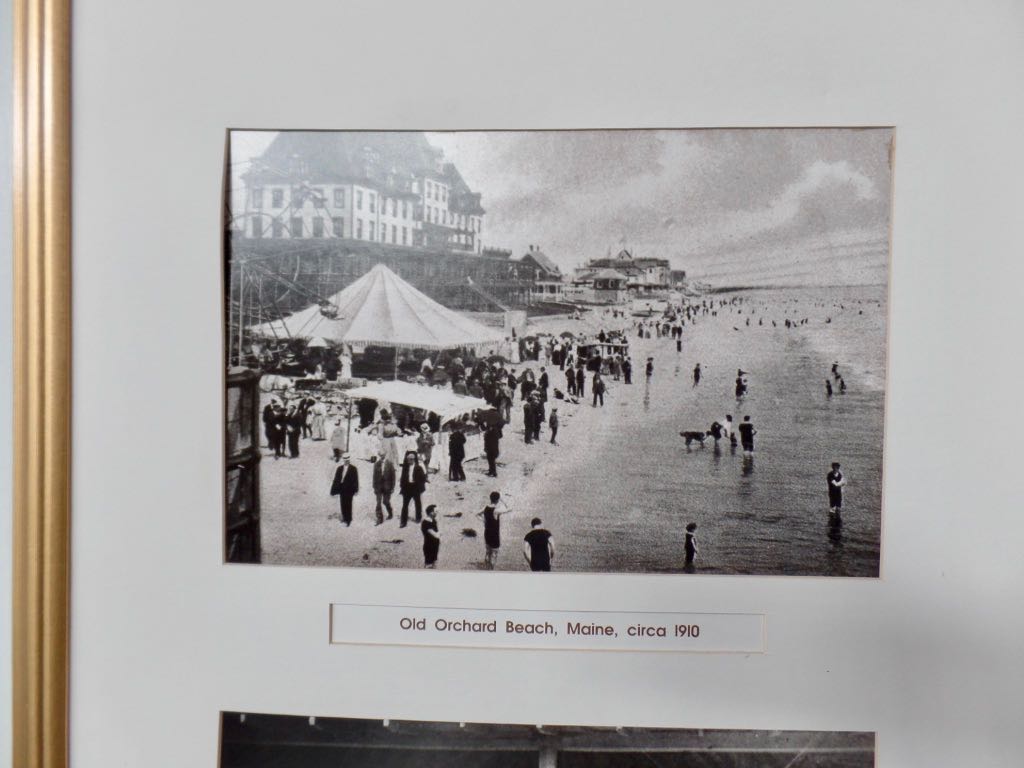 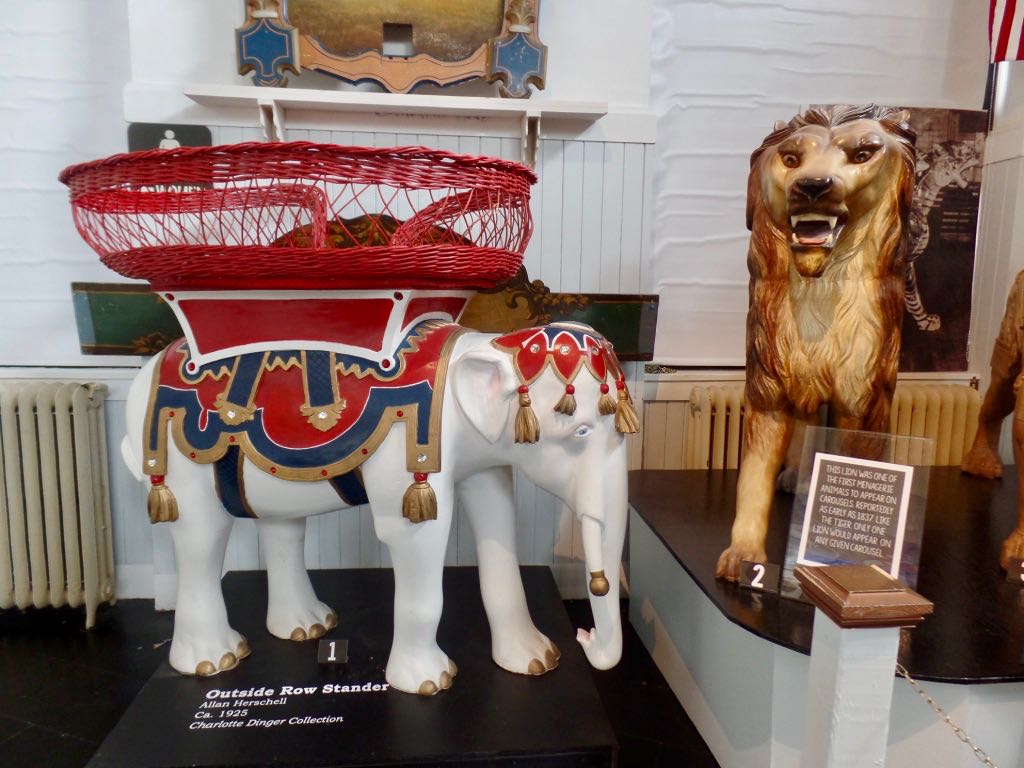 An elephant-with-houda figure, from a circa 1925 Allan Herschell carousel. 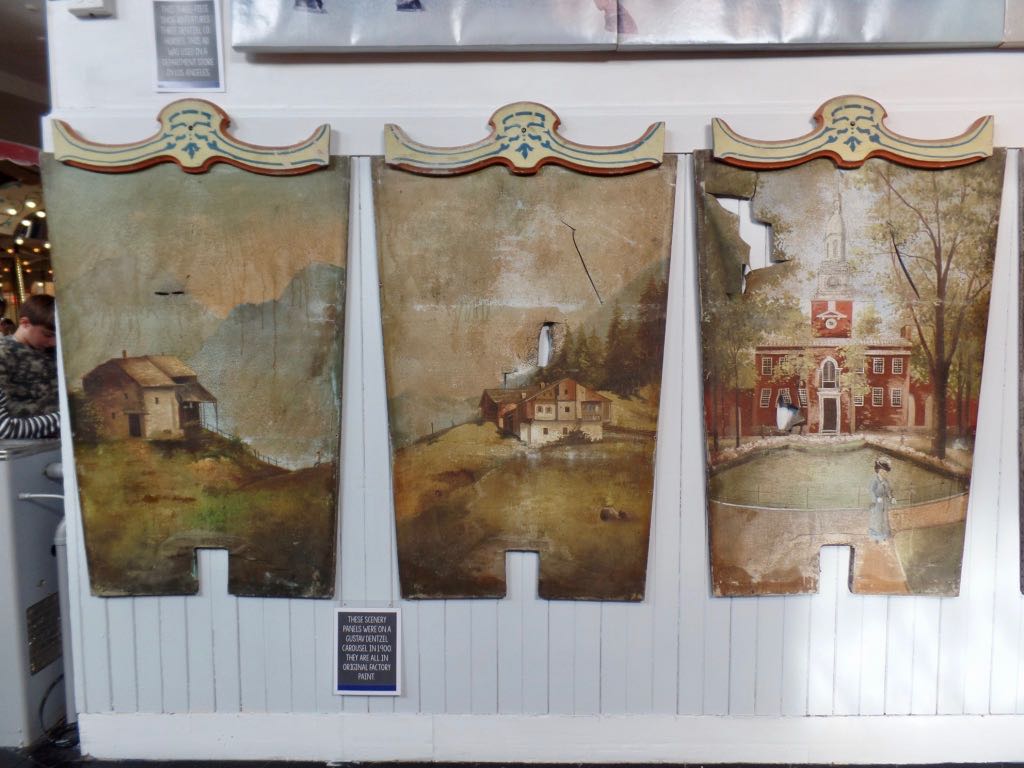 Scenery panels from a circa 1900 Gustav Dentzel carousel in original factory paint, says the sign. 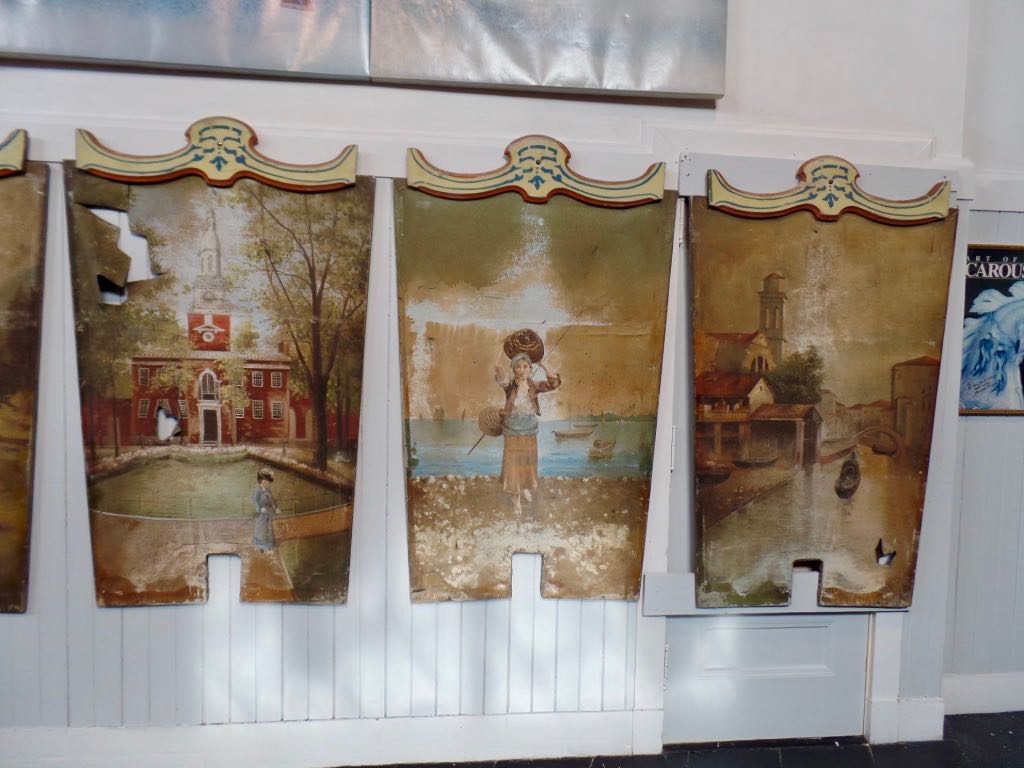 Some more of the scenery panels. I imagine that's Independence Hall at the left of this picture, and Venice on the right. The center I can't place; could it be Niagara Falls? 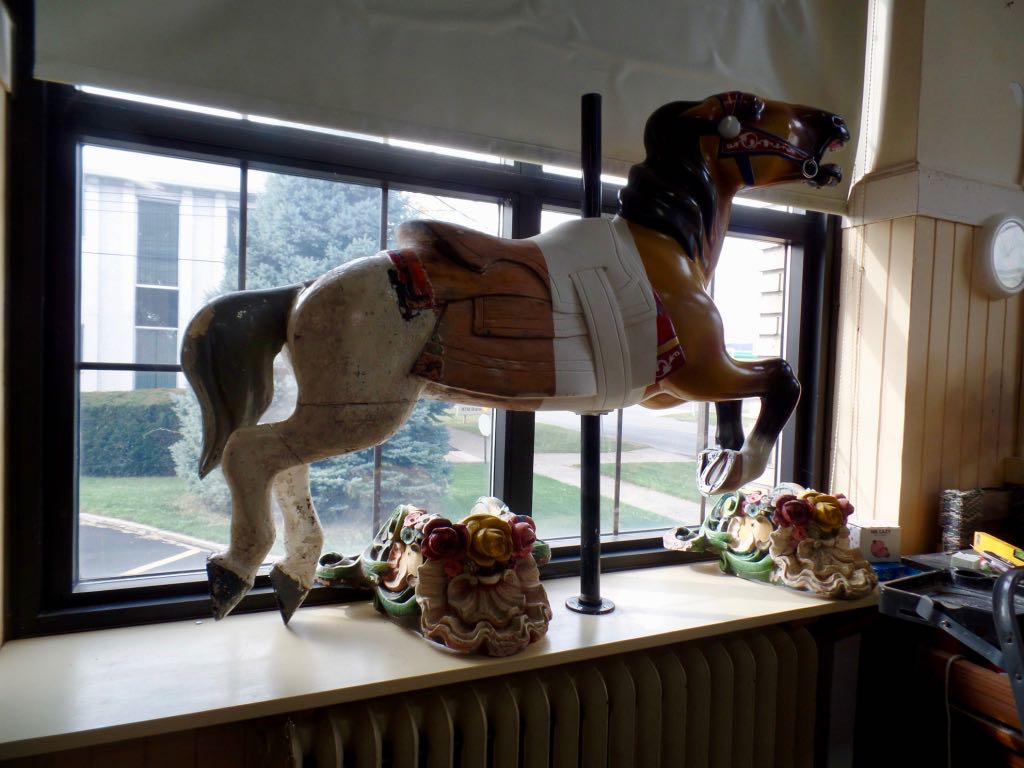 A horse I've photographed before. It shows off the four states of restoration, going from unrestored (hindlegs); stripped to bare wood; wood repaired and primed; and fresh-painted (head and front legs). 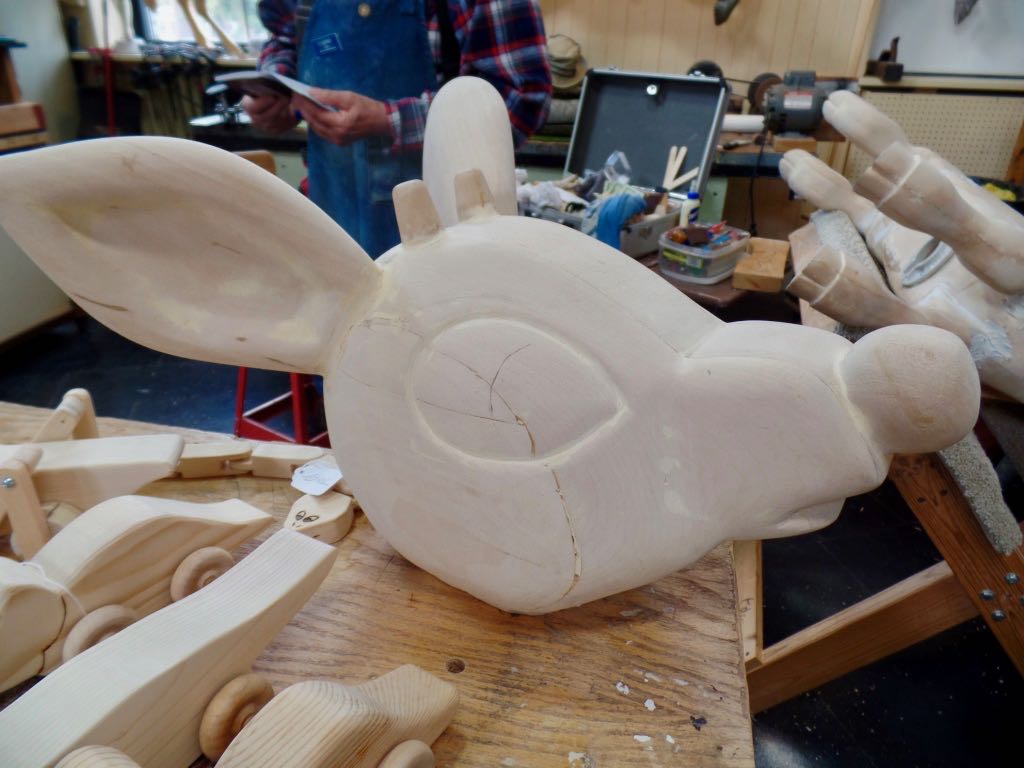 Head being carved. I think there's something reindeer in this. 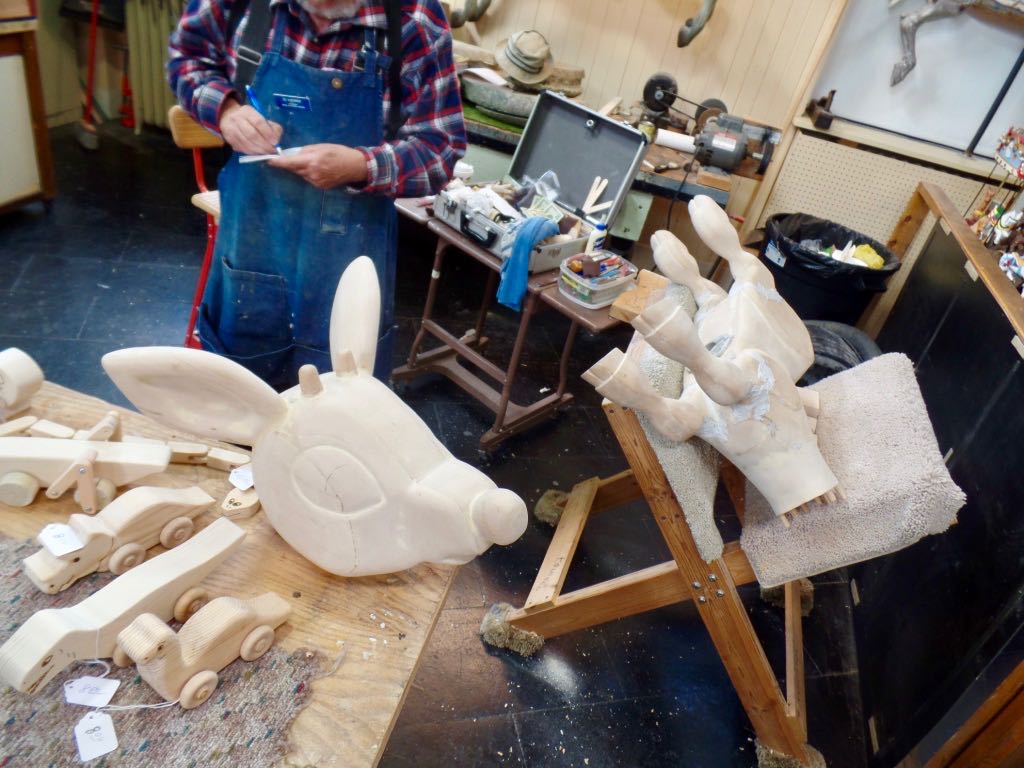 More of the reindeer under construction. 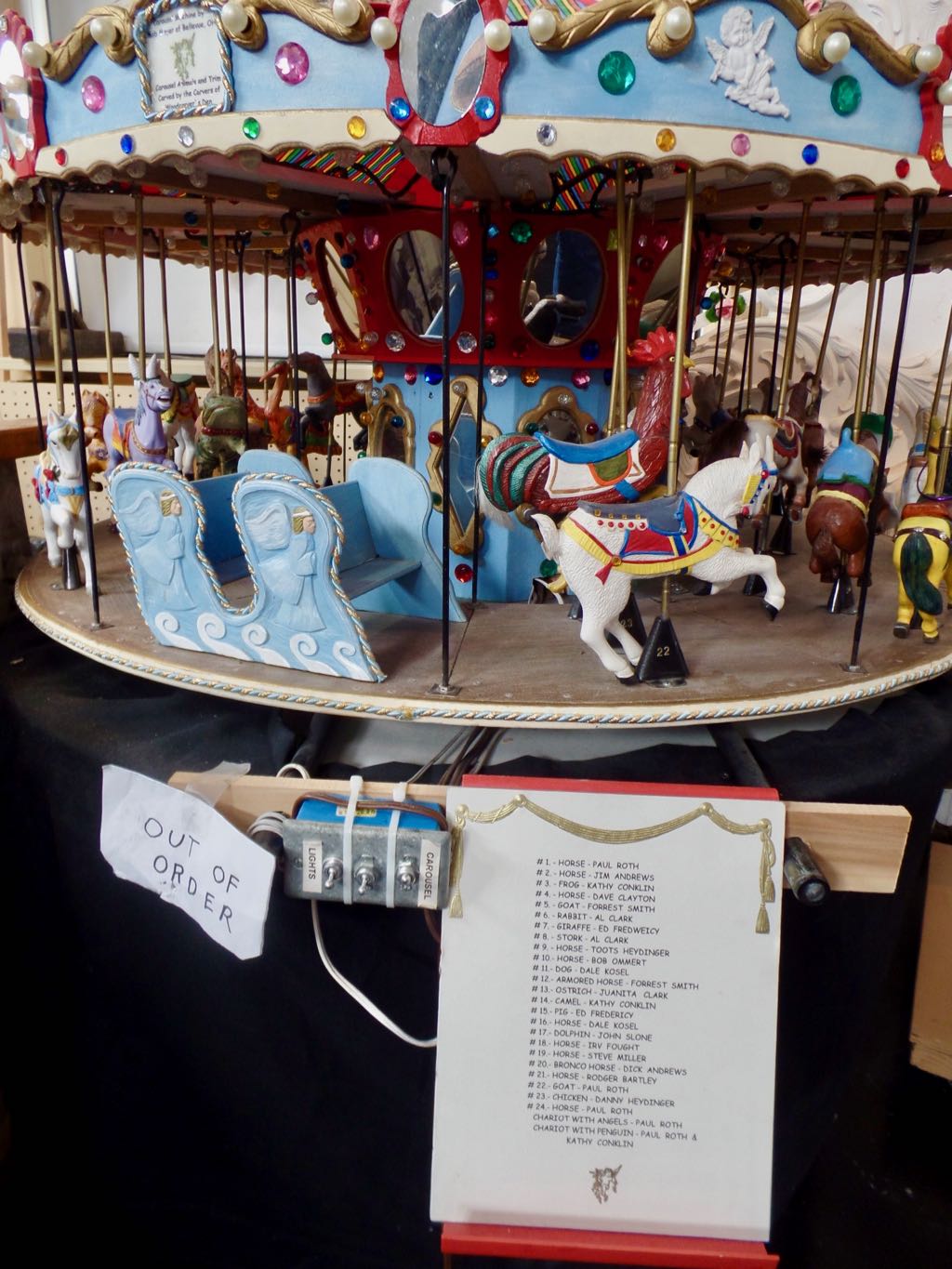 Tabletop miniature carousel they have on display at the museum, along with a roster of what looks like who's adopted, or maybe signed up to repair, each figure. Paul Roth got a lot in.