When two tribes go to war

It's getting cold enough that I've taken the traps in from the goldfish pond. After a great start to the trapping season things petered out. We brought in only 24 adult goldfish, and four fry who were born this year. It's been a month or so since any more were in the traps, though. I don't know where everyone is hiding but hope that they know what they're doing and that we have a warm winter. November was quite a warm one, yes, but that's no guarantee about February.

It's our worst catch, although the smaller number of fish suggest it'll be easier keeping the water clean through spring. I did haul in a bunch of water from the goldfish pond, in order to bring the nursery --- the one with a total of ten fry in it --- up to over a hundred gallons of clean water. I'd realized, belatedly, that this is the tank it's going to be hardest to change the water out on, at least until the fry grow too large to be siphoned up by accident, so the best alternative is to have too much water for them to foul.

And now we have to hope we don't need a quarantine tank, since we don't have the tubs to spare. Any fish that gets sick is going to be put into a plastic storage bin full of water and have to hope that's adequate.

After Cheesehaven and after a very long drive back to Cedar Point --- in time, not in distance --- we recovered a bit in our hotel room and ducked back into the park for the last couple hours of the night. 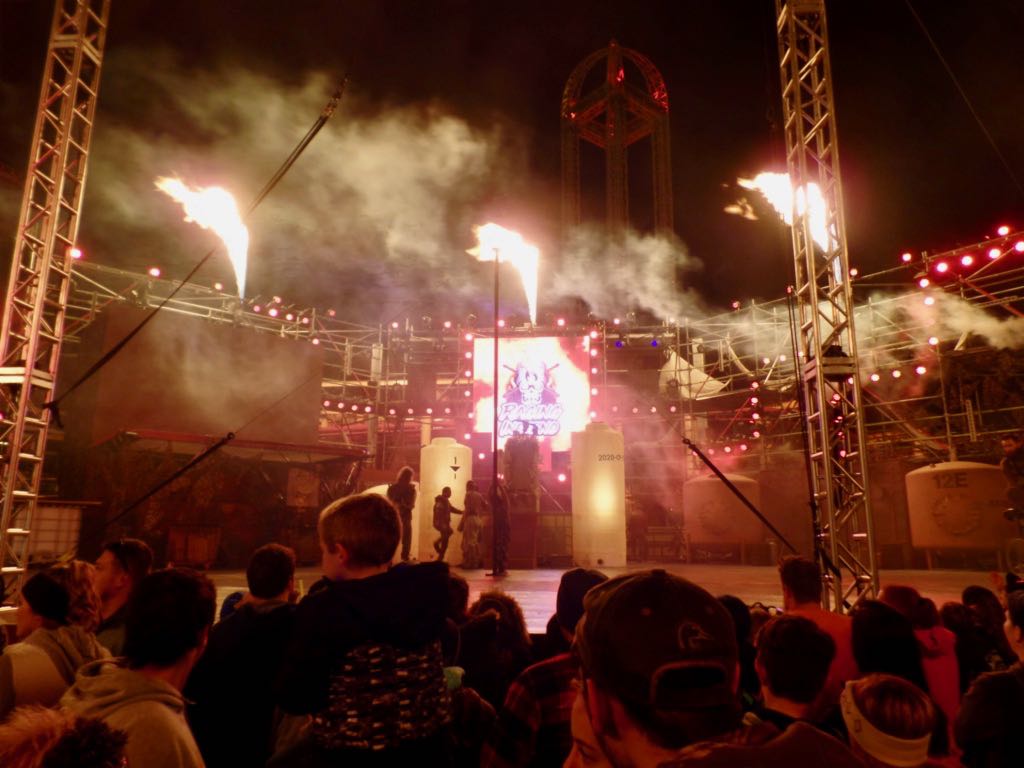 From the Boneyard Battleground, one of two open-air stages near Iron Dragon. They had bands and gymnastic performances going, mostly in alternation, with just a bit of overlap as part of a postapocalyptic storyline I could not possibly begin to understand. 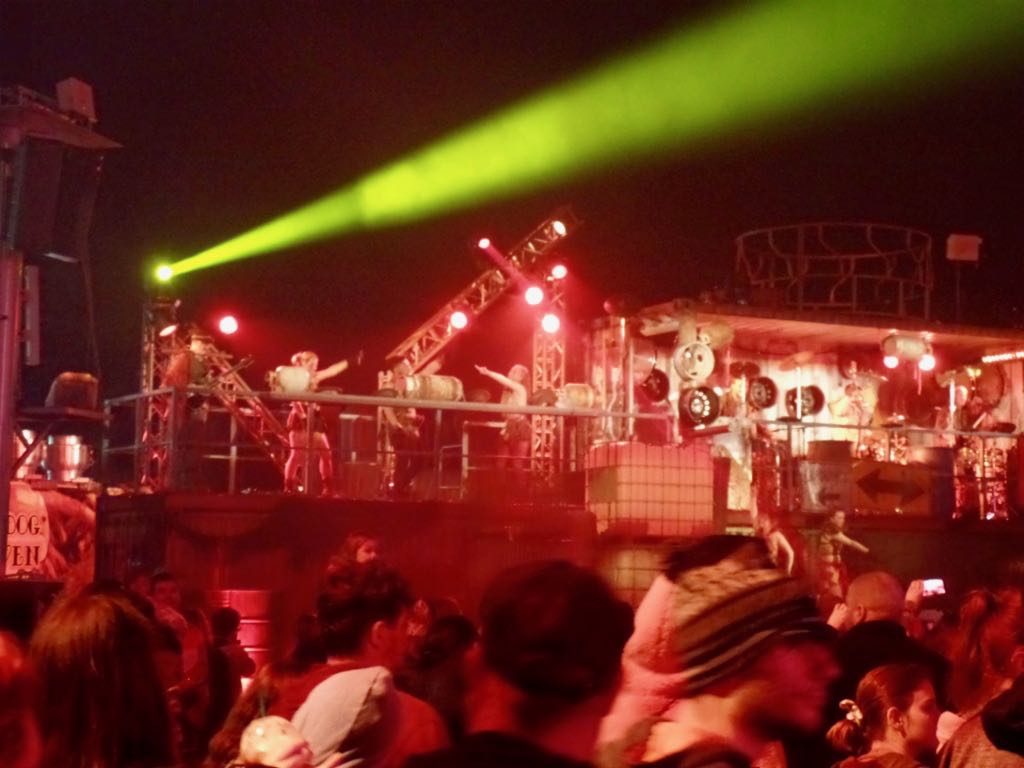 The band side of thing, which is the less photogenic one since they were a bit farther away and were more impressive as a thing to hear. 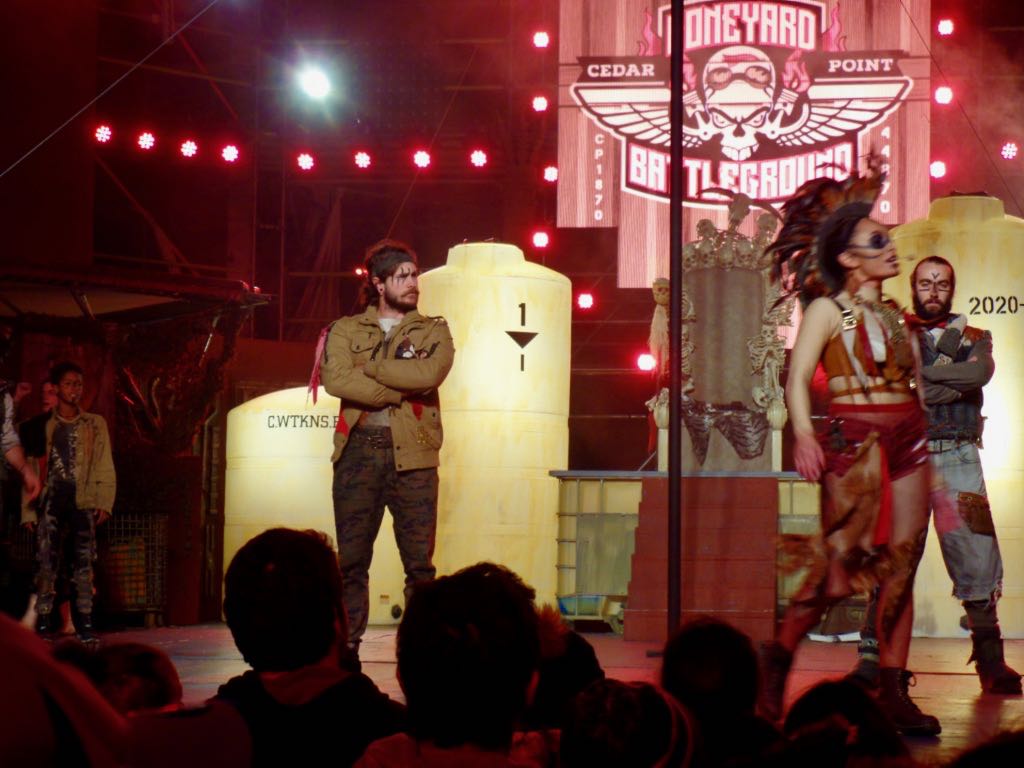 And then the gymnastics side of things, with a gang that's led by a queen in, you know, this aesthetic. 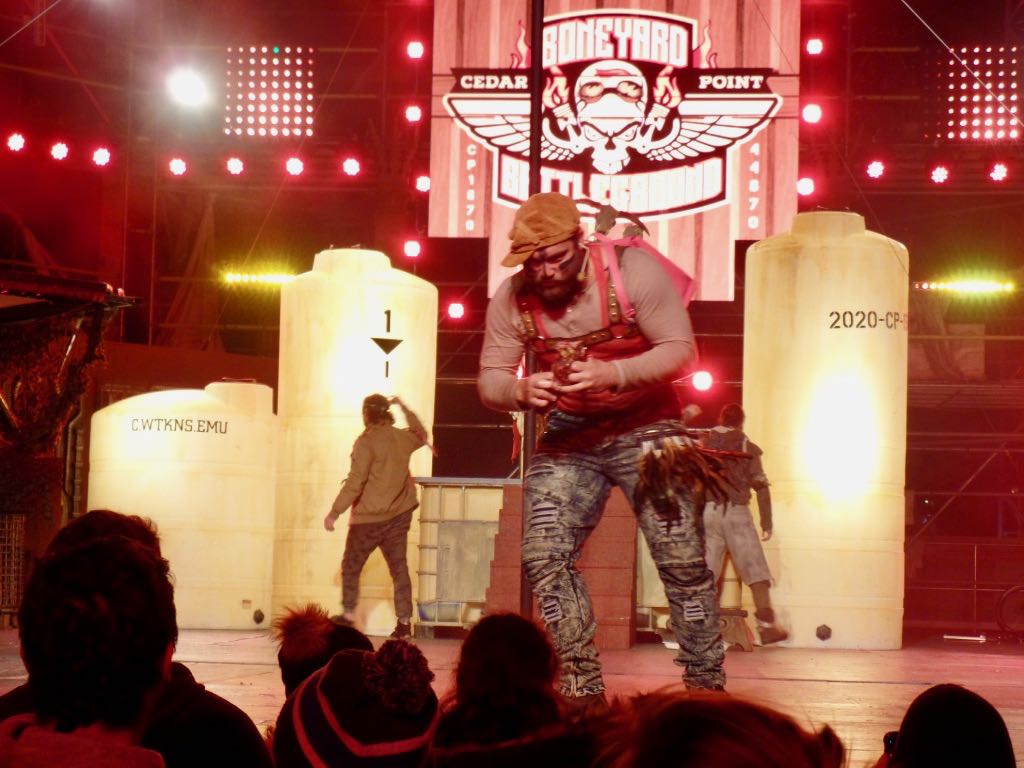 I forget what this guy was doing; I think it might have been eating a prop turkey leg or something like that, part of the whole savagery of the scene or whatnot. You get an idea how much space is on stage from looking at the performers, though. 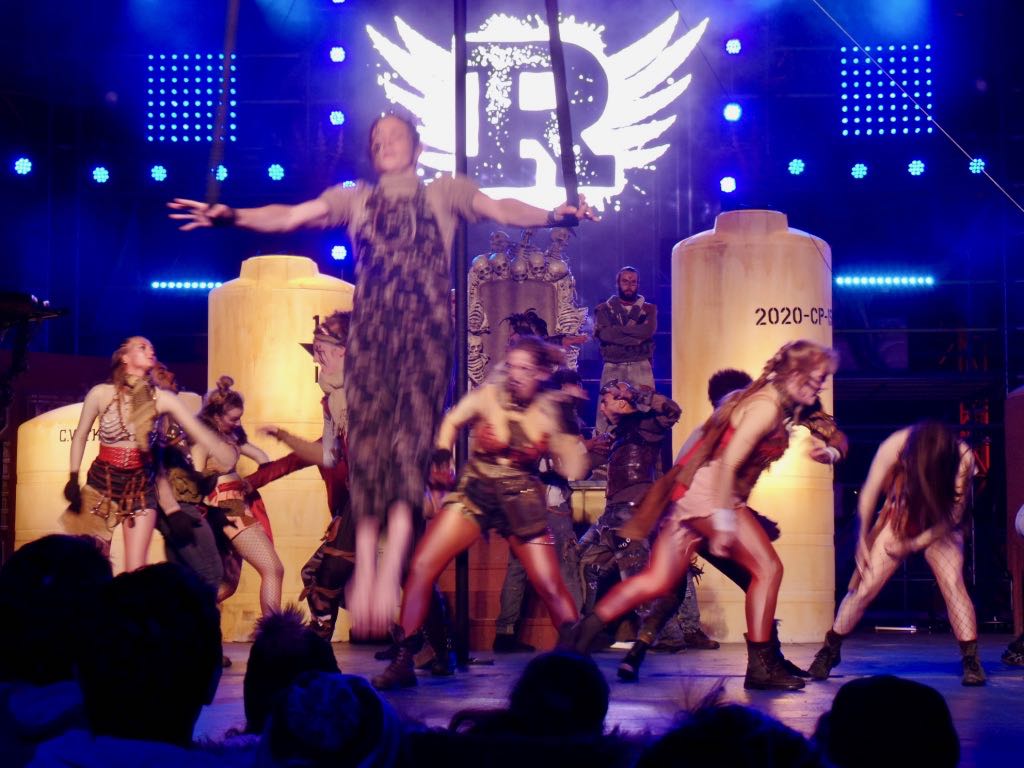 One of the gymnasts being lifted to quite dangerous heights. 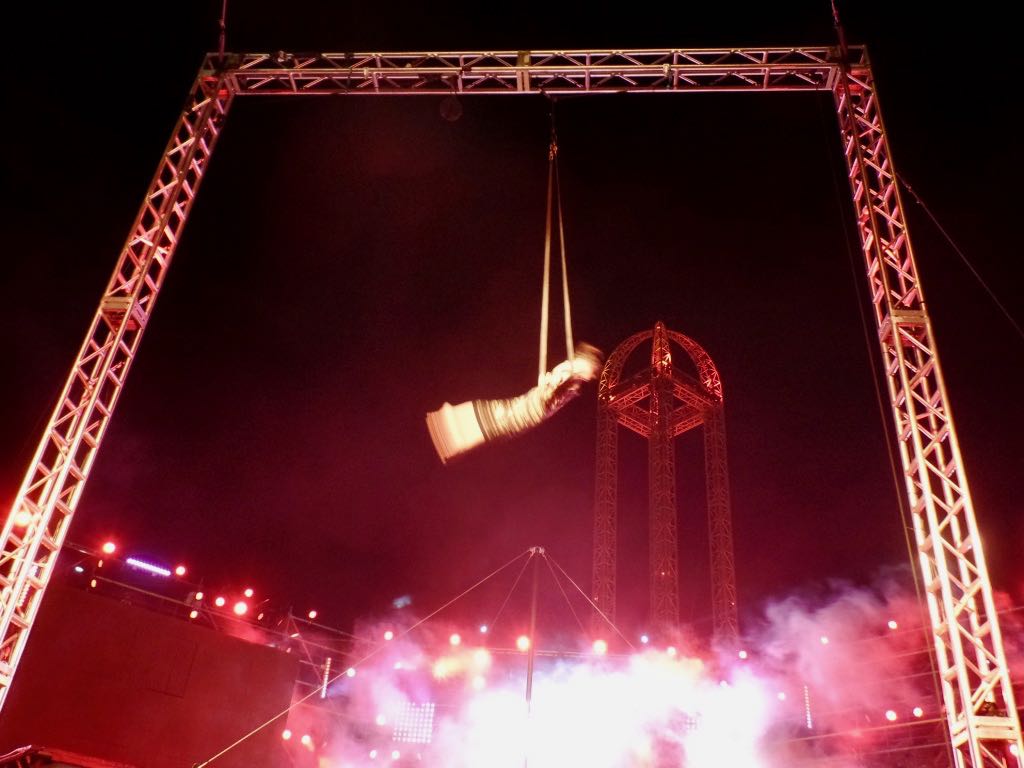 Acrobatics on the frame here. That's Power Tower in the far background. 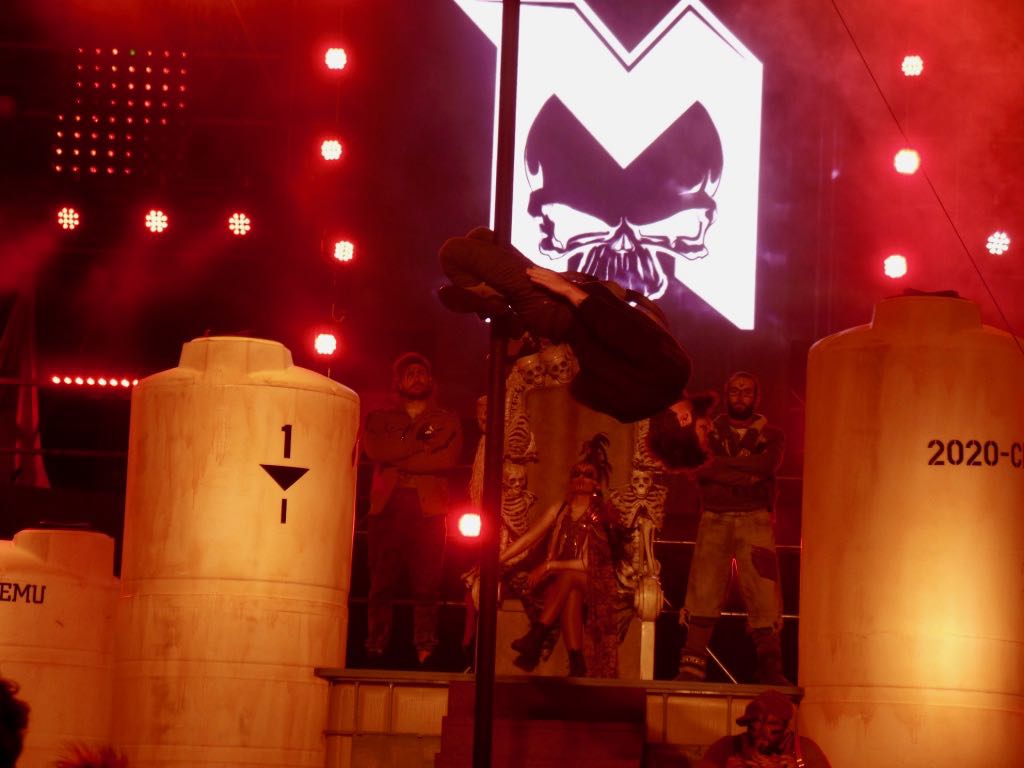 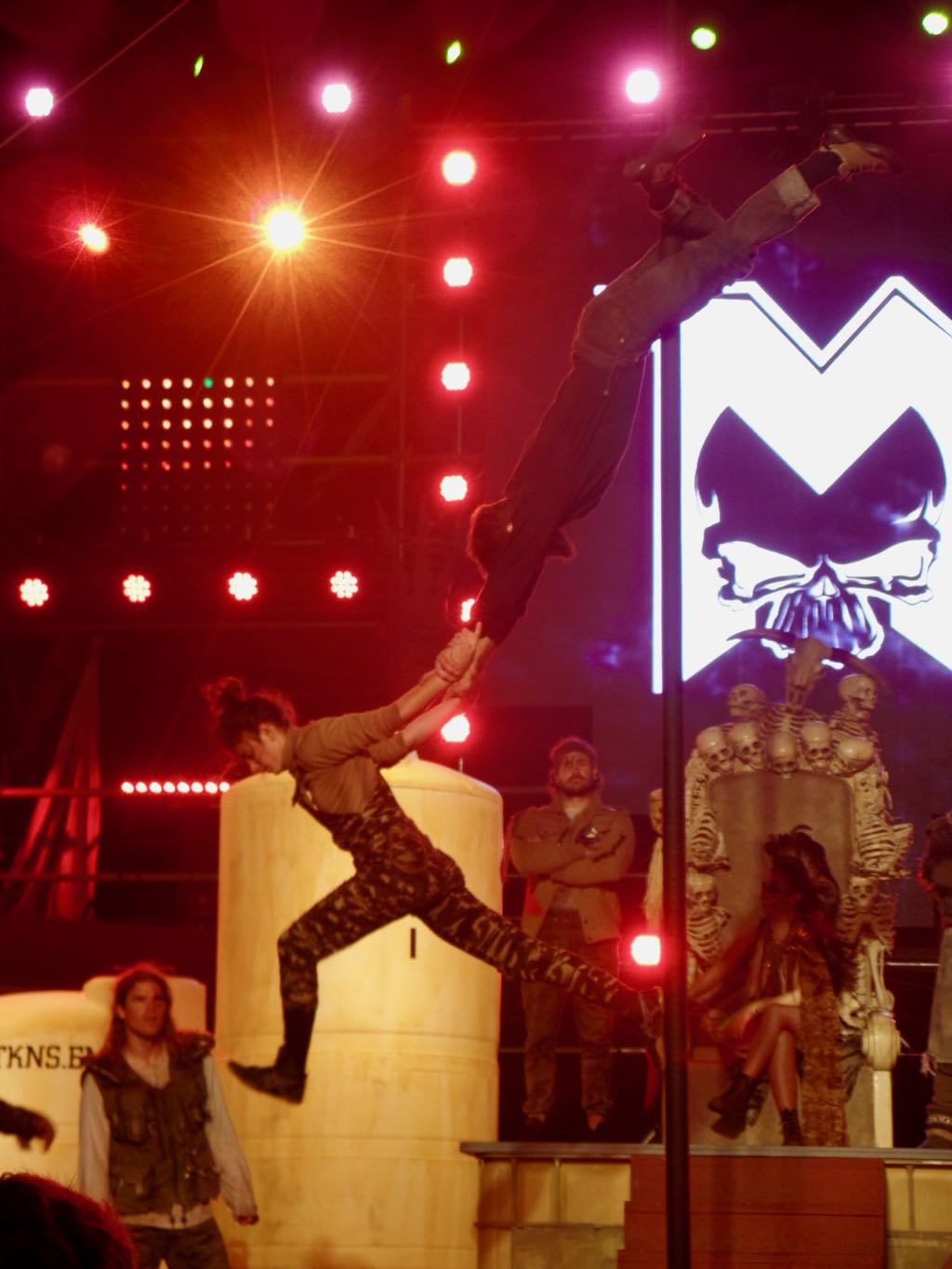 Swinging around the pole with another dancer holding on to him. 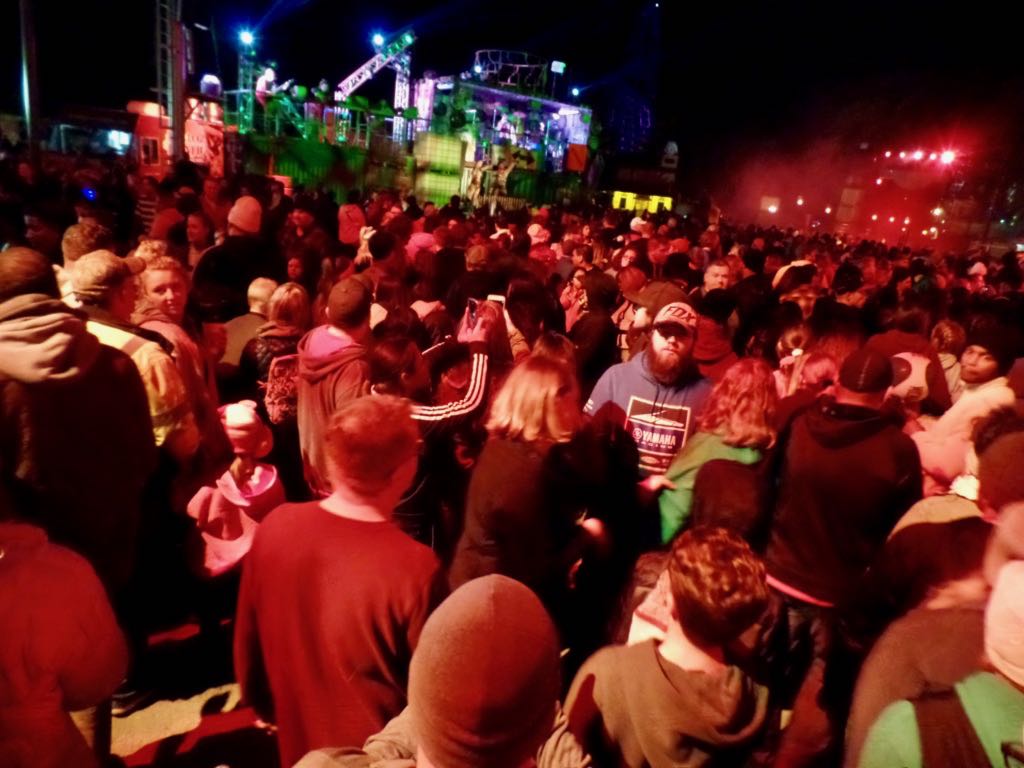 The crowd. (Remember crowds?) It was absolutely packed and the rumor going around was that Cedar Point reached capacity, which will happen when it's a nice day in October. 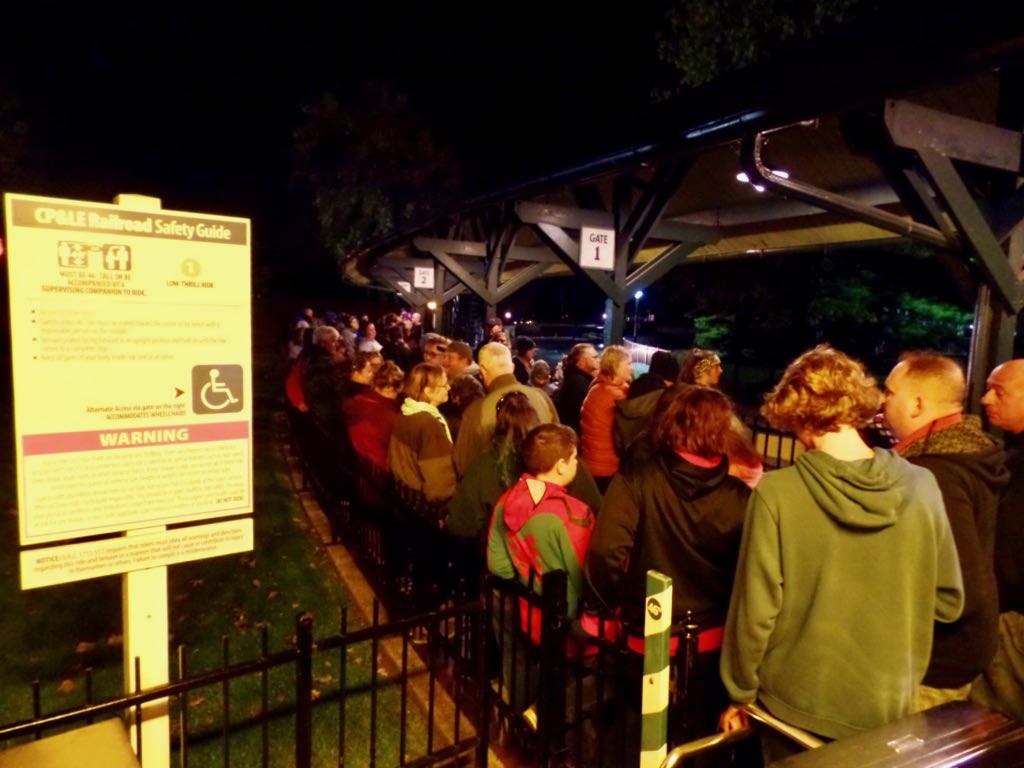 Here's how packed it was: there was a line to get on the train to the back of the park. Like, more than one train's worth of people waiting for the trains. It's never that busy. 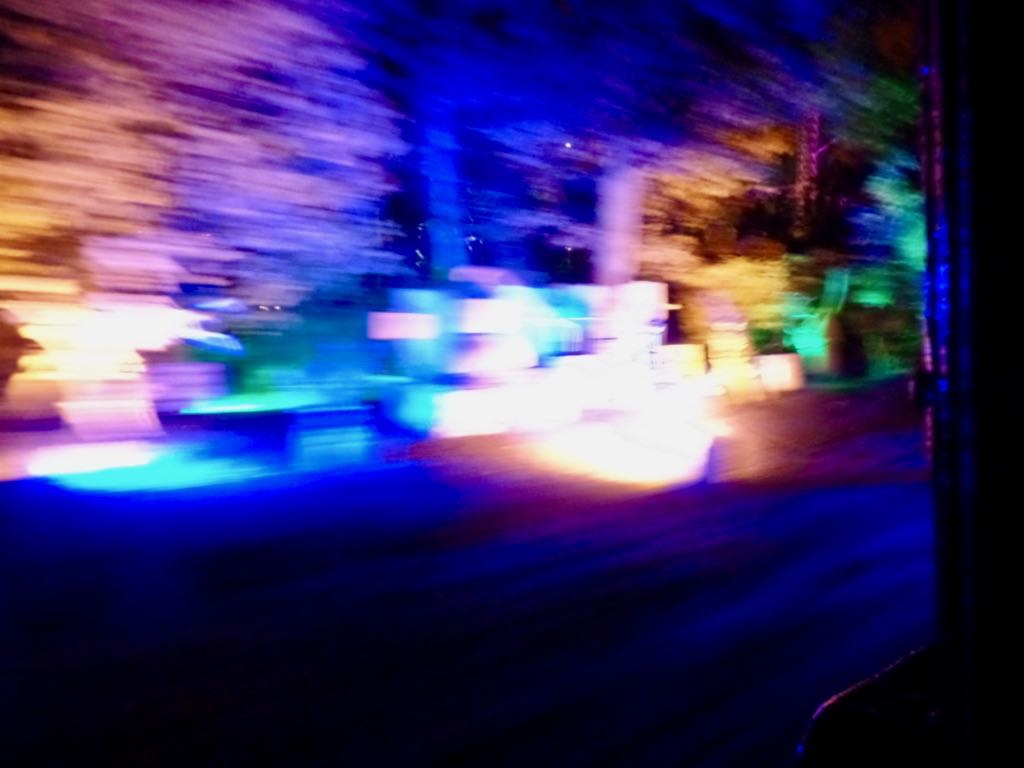 Riding the train at night, and going past some of the scenery at warp speed. 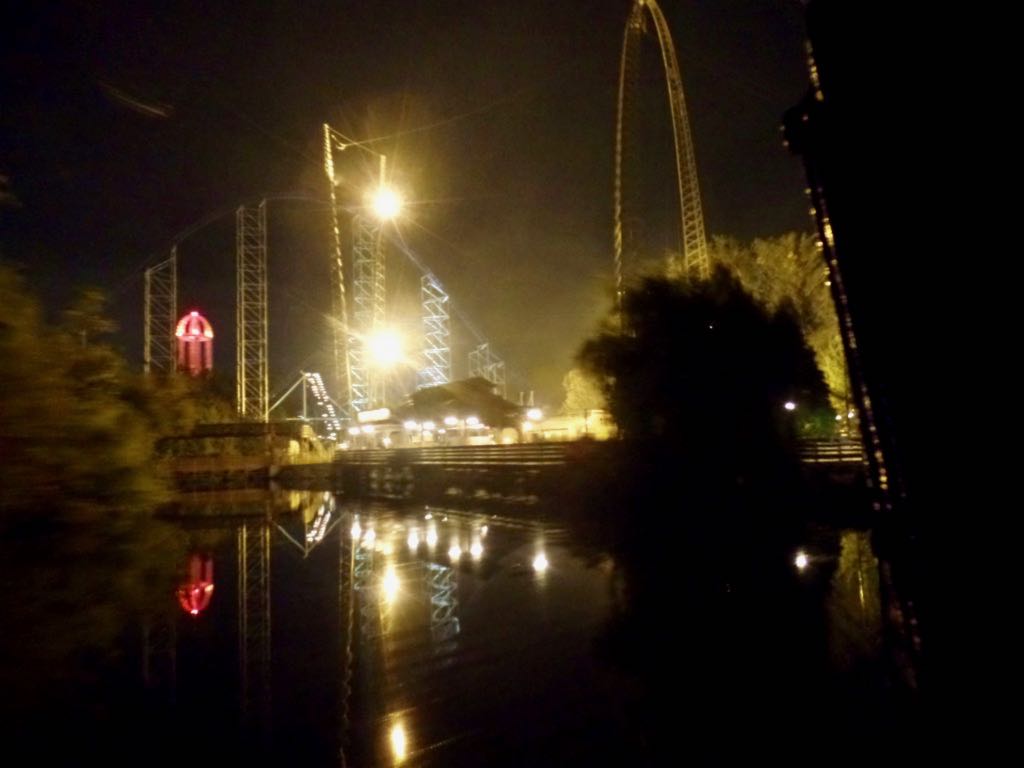 A view from the far end of the park, looking back at Millennium Force and, way off on the left there, Power Tower.

Trivia: President James K Polk's postmaster general was named Cave Johnson. Johnson was the first United States Postmaster General to issue prepaid postage stamps, a five-cent stamp with Benjamin Franklin's portrait and a 10-cent stamp with George Washington's. He also had to struggle with some of his postmasters to accept the stamps as legitimate. Source: Neither Snow nor Rain: A History of the United States Postal Service, Devin Leonard.