Mathematics: you know I blog it. Here's the recent happenings:

And now we come to the last day of our Halloweekends visit to Cedar Point in October 2019 and, it happens, the most recent day we've been at that amusement park. 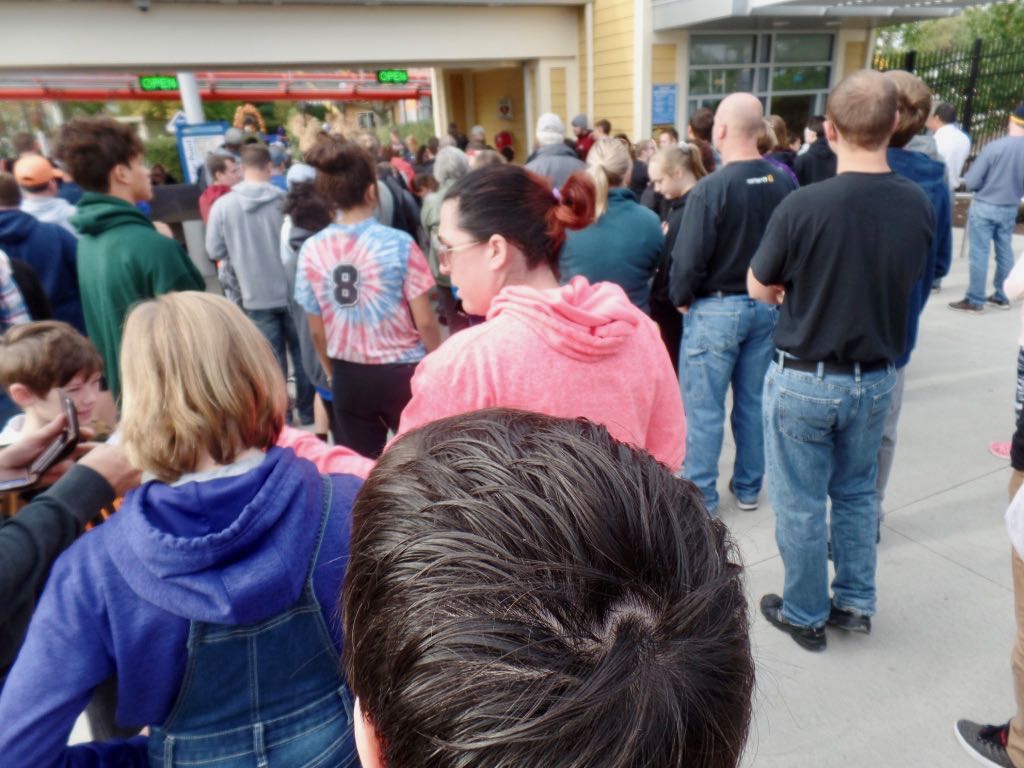 Early admission! We checked out of the Breakers in good order and were in line to get to Steel Vengeance during the hour that only hotel guests and season passholders could enter the park. All these people went to Steel Vengeance too. Notice it was warm enough that

bunny_hugger was not wearing a hat, on the 20th of October, on a point sticking out into Lake Erie. 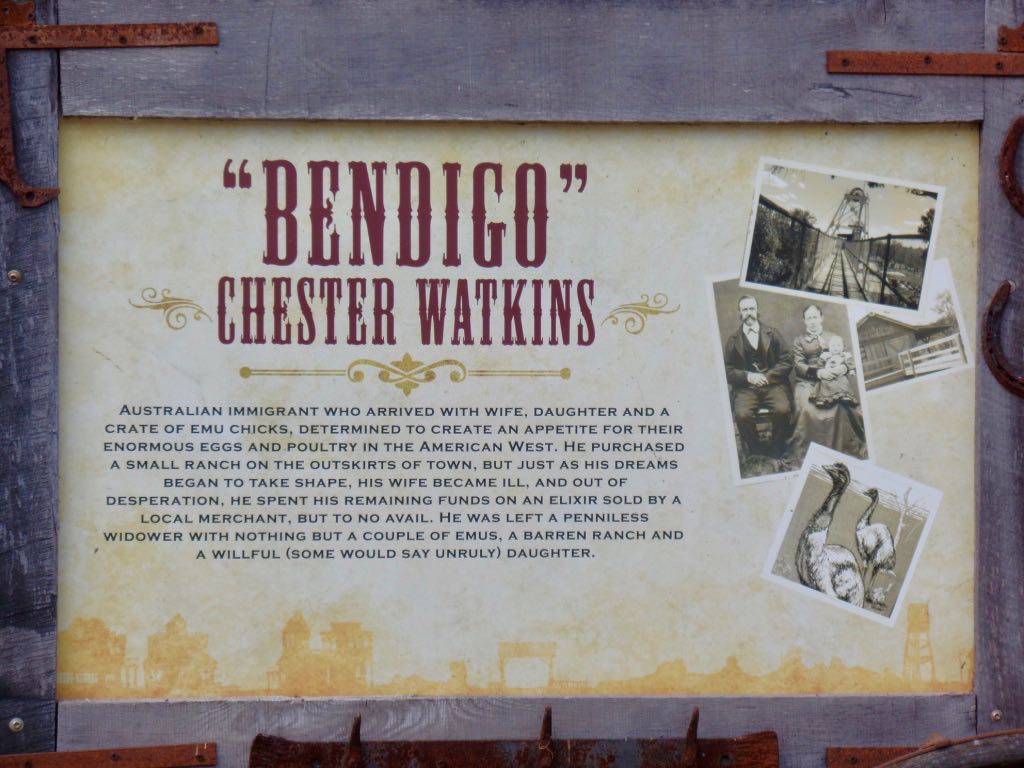 Steel Vengeance expository decoration. They have a lot of signs explaining the characters in the Frontier Town Cinematic Universe. I took pictures of them all because earlier in the season they'd banned all cameras --- including cell phones --- from the queue. (In practice, if you didn't take your camera out, they wouldn't bust you.) They reversed that policy but who could say how long it would last? Anyway, Chester Watkins is the guy with the emu thing. 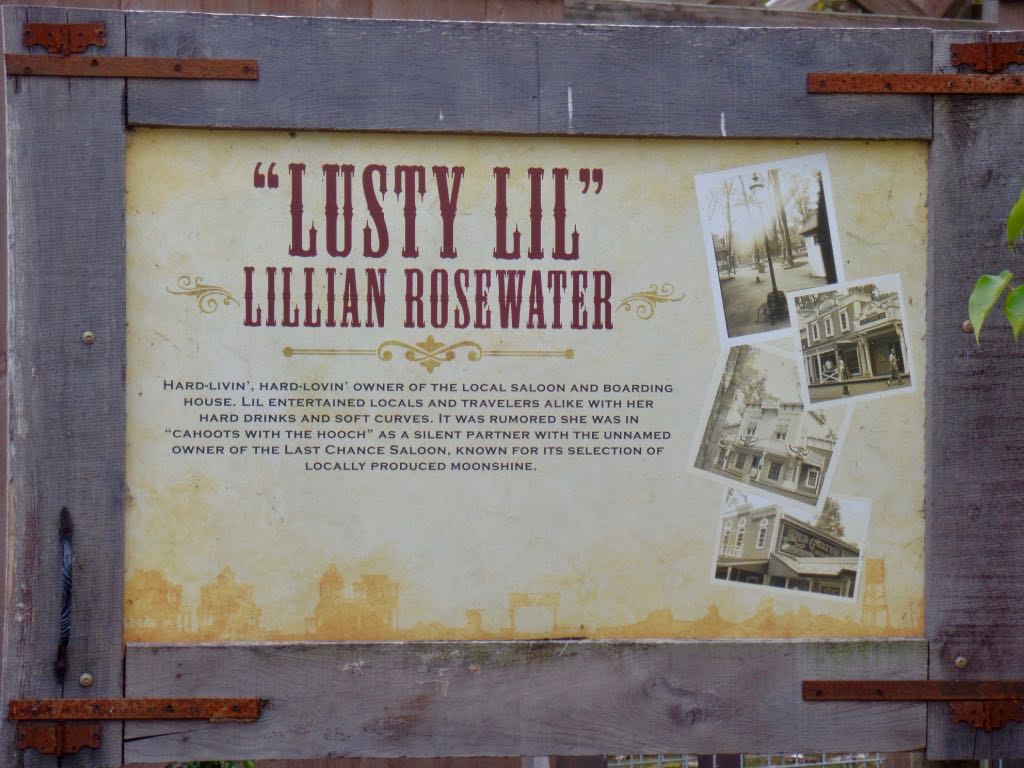 Lusty Lil's is the name for one of the performance venues, the one in Frontier Town. For a couple years the Lusty Lil part was removed from the name, but it snuck back in, one infers as Cedar Point got less worried that the name would scandalize family audiences. 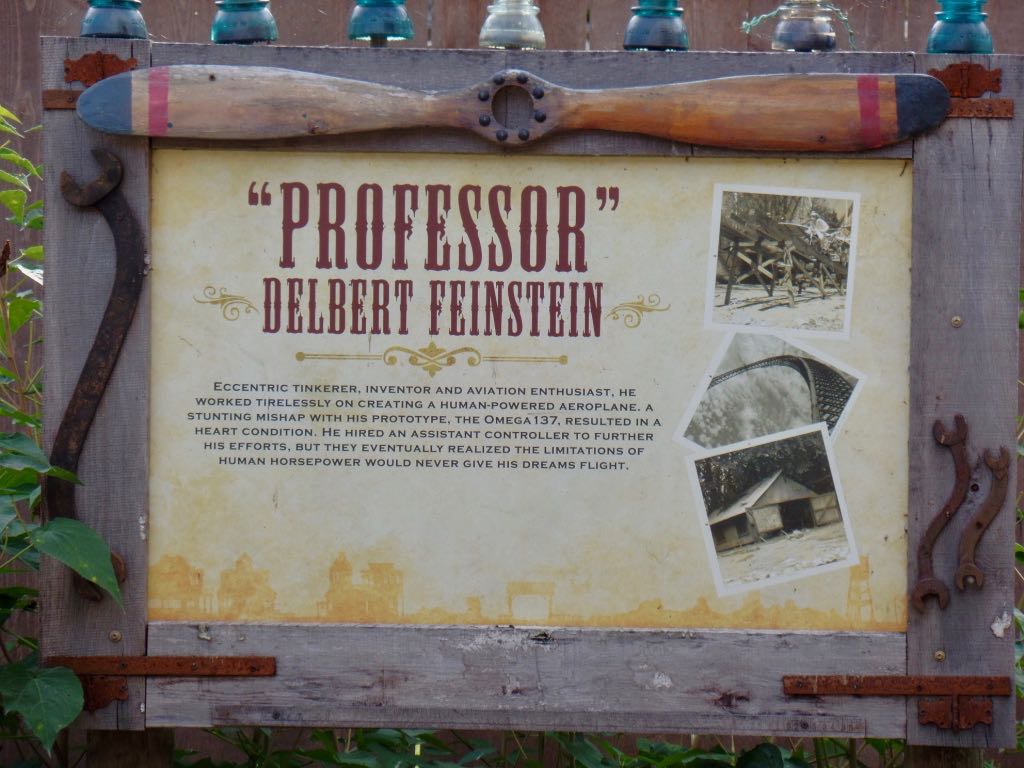 Professor Delbert gives his name to a sky sling in Frontier Town. He was also used as a character in the steampunk-themed walkthrough area, chasing after people who touched his flying contraption (an old captive-airplane ride car attached to a metal balloon). 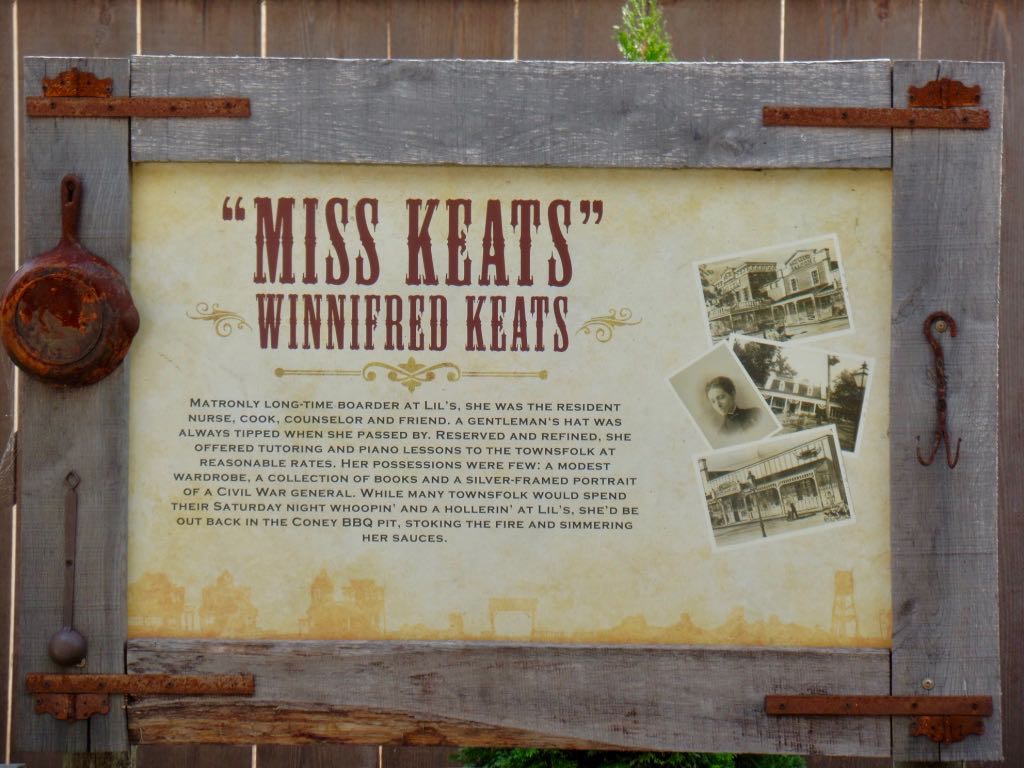 Miss Keat's Smokehouse is one of the food places in Frontier Town. I don't know when it got Keat's name attached. 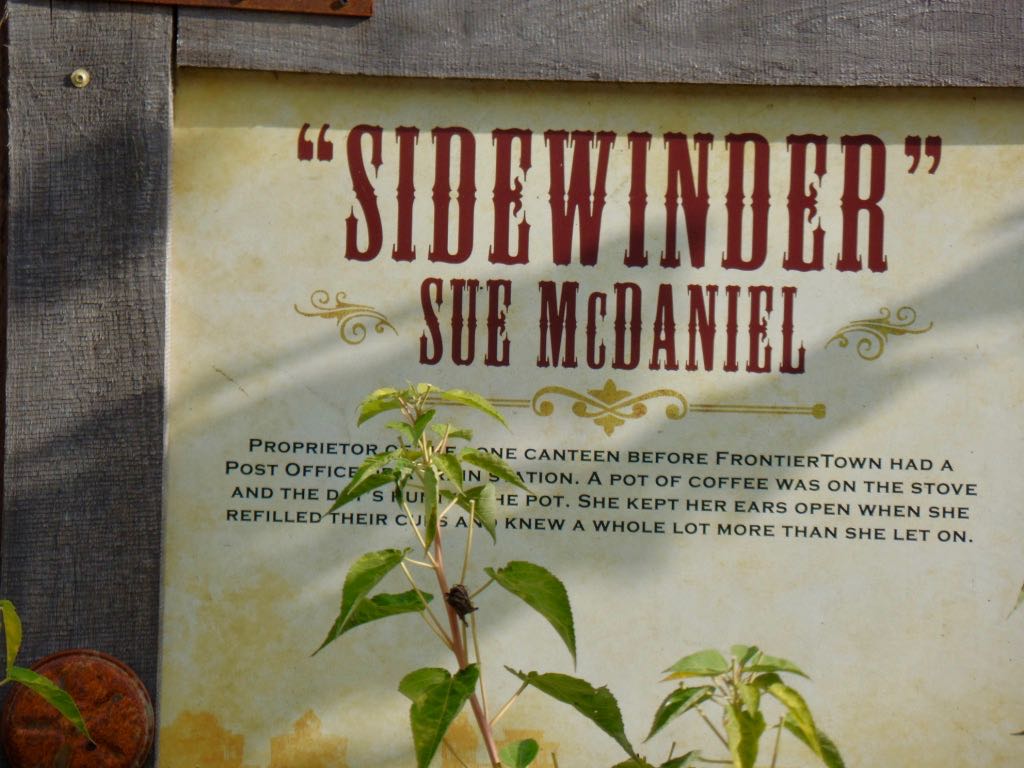 I know of no attraction named for ``Sidewinder`` Sue McDaniel. There isn't really any place in the area to get a coffee. I think maybe the Engine House Custard, although they didn't advertise it prominently? I know the frozen yoghurt shop had hot chocolate. 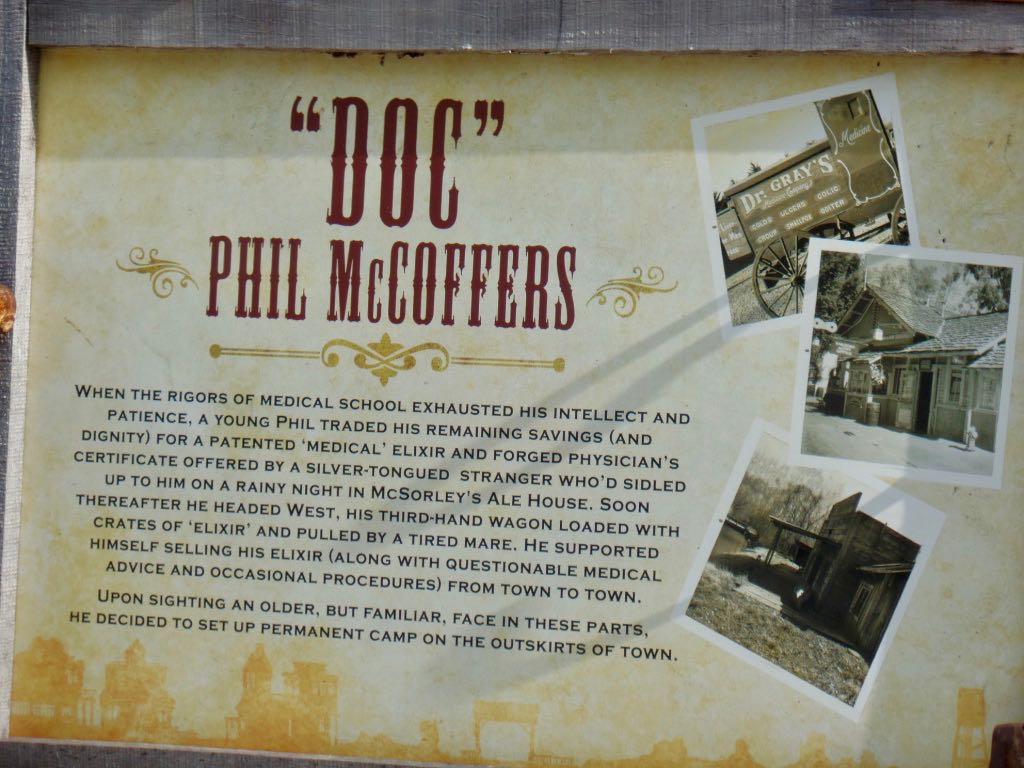 Phil McCoffers (get it?) doesn't have any attractions named for him that I'm aware of, but I think there's a patent-medicine wagon with his name on it during at least some of the year. Not the one in the sign's photographs. 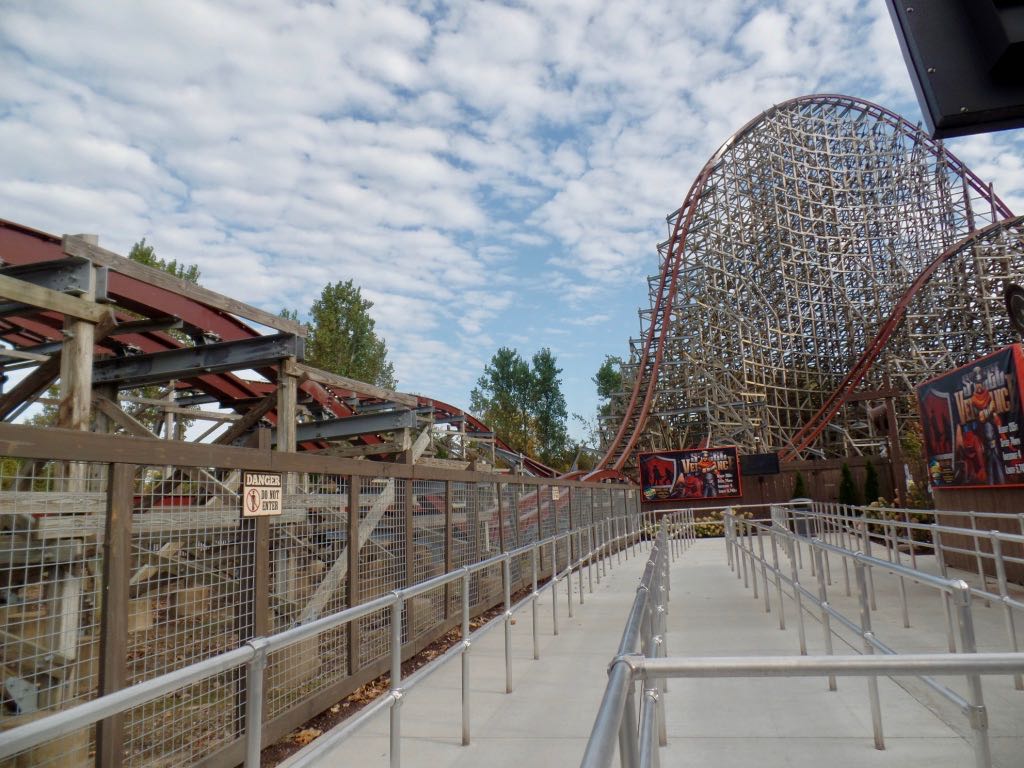 And here's a look at the queue area for Steel Vengeance, along with one of its secondary hills. 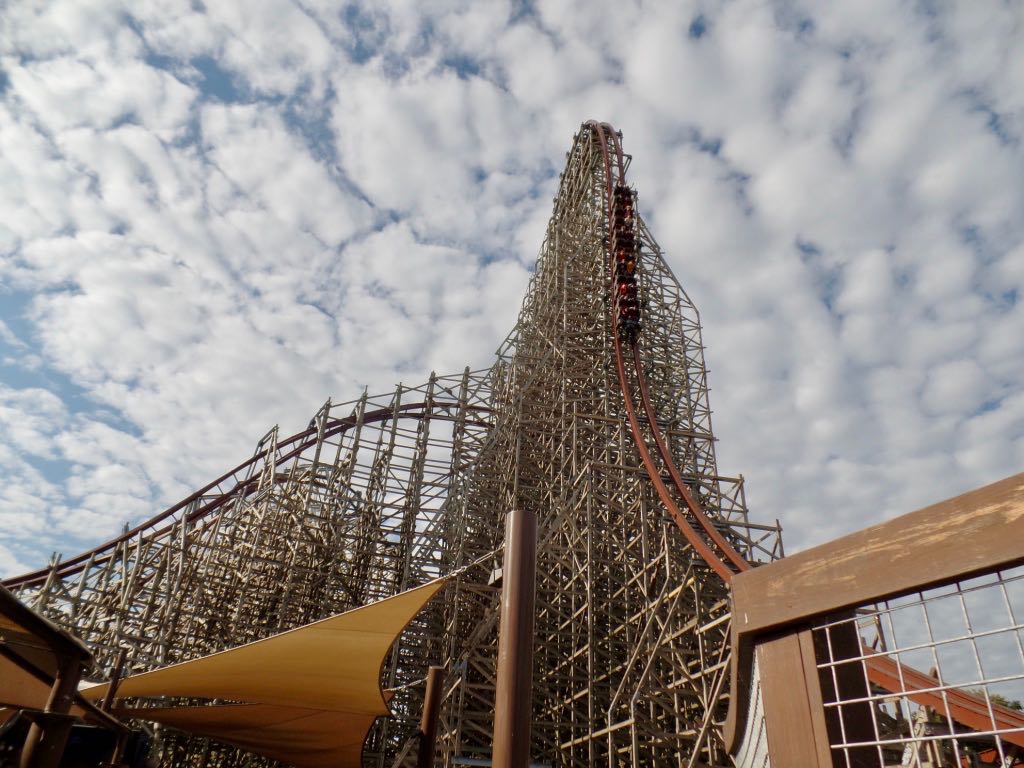 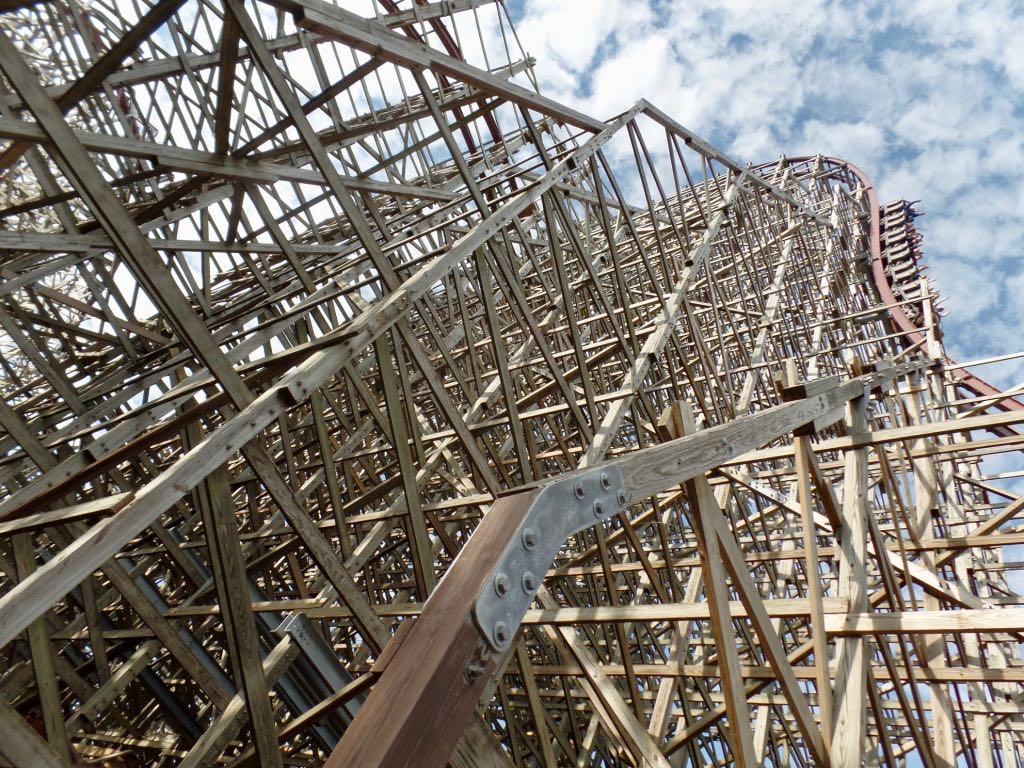 Closer look at the end of the lift hill and the first drop. It's not actually this steep but I'll let you believe it is. 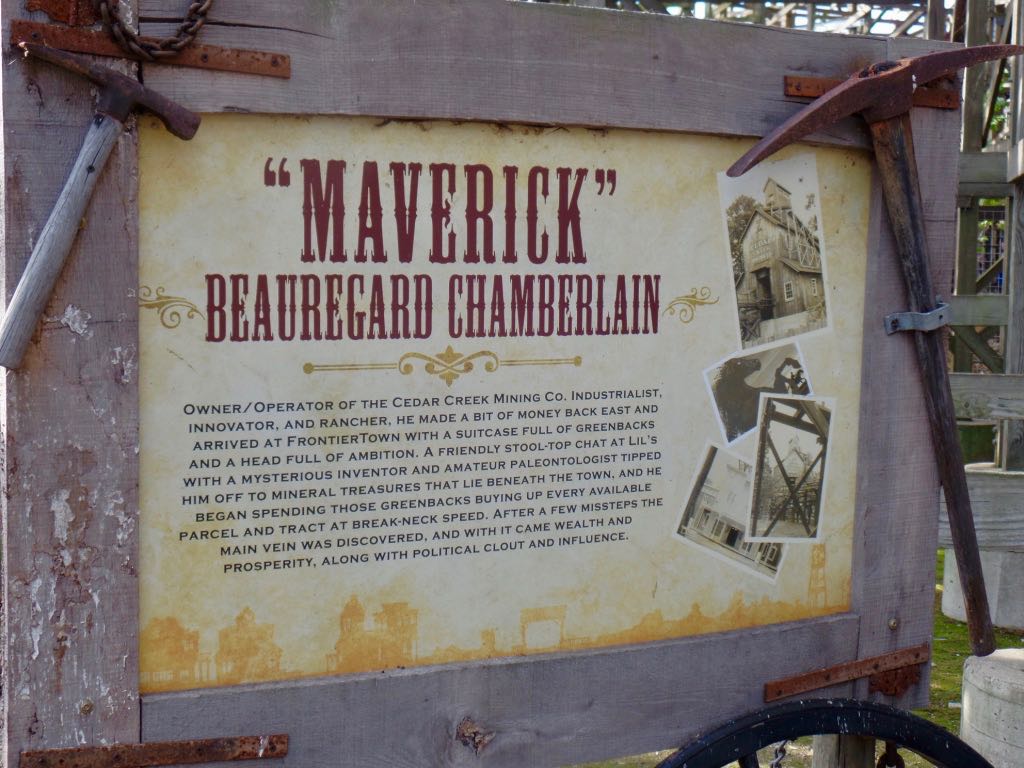 More backstory. Maverick is the name of another roller coaster, up until Steel Vengeance the most popular one in Frontier Town. But that Maverick is, and always has been, clearly a stallion whose spirit haunts Frontier Town. Are we to believe there are two independent parties both named Maverick in this small yet imaginary western town? It is to laugh. 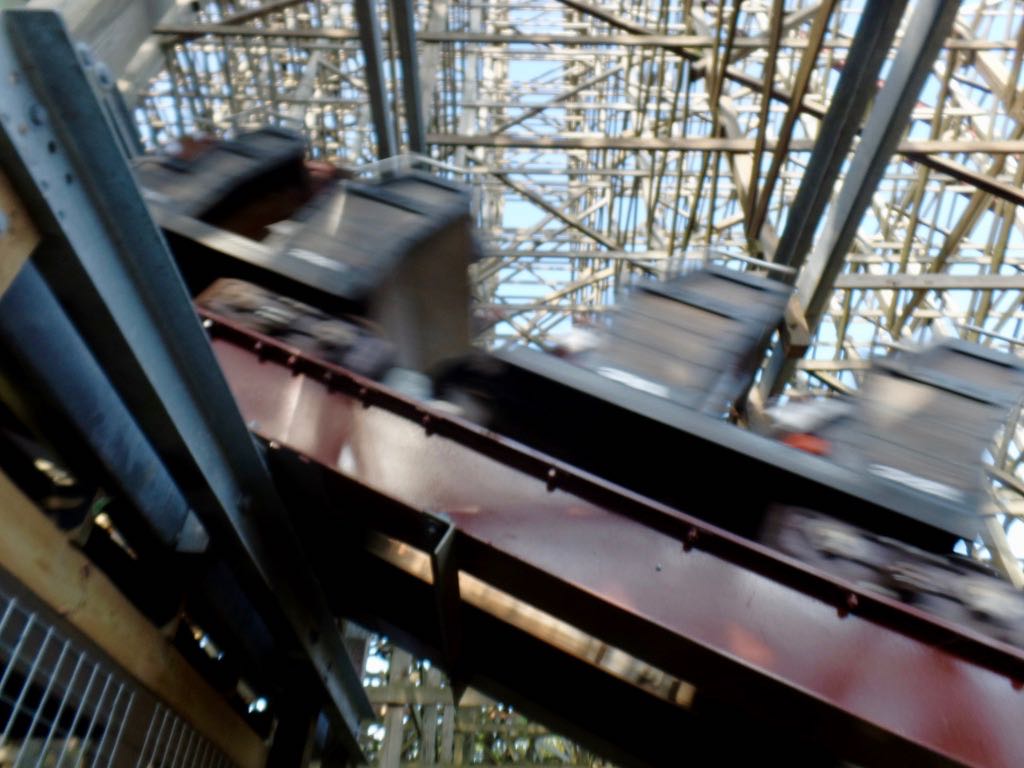 Action shot of a Steel Vengeance car going up a lesser hill; it runs quite close to the queue in spots.

Trivia: Louis Pasteur's inaugural lecture, as professor of chemistry at the University of Lille, and dean of the new Faculty of Sciences, given 7 December 1854 challenged its listeners: ``Where will you find a young man whose interest and curiosity will not be aroused when you give him a potato and teach him to make it into sugar, and this sugar into alcohol, and this alcohol into ether and vinegar? Who will not be happy to tell his family at the end of the day that he has operated an electric telegraph? And, gentlemen, you can be sure that once such things are learned, they are rarely, perhaps never forgotten!'' Source: Louis Pasteur, Patrice Debré, Translated by Elborg Forster.

Currently Reading: Fade In: From Idea to Final Draft: The Writing of Star Trek: Insurrection, Michael Piller. He makes a joke early on about a concept with Generation 'X' aliens and I'm sure that's impossible but, boy, imagine Picard having to square off with a bunch of sullen, ironically detached aliens who are just going to sit over here and wait for you to get done with your little blinky photon tornoogies already.