Let's get through the Steel Vengeance line, if we can, please. 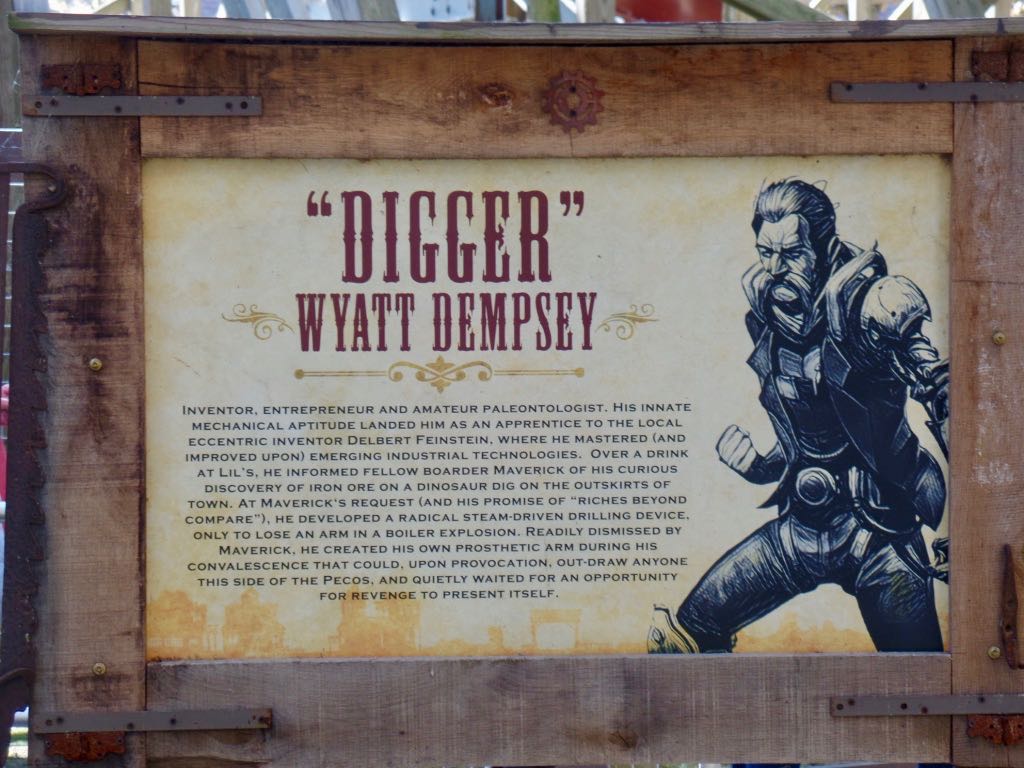 More biographies but more important ones: ``Digger`` is one of the three characters represented as trains on Steel Vengeance. Also, yes, he created his own robotic prosthetic arm. 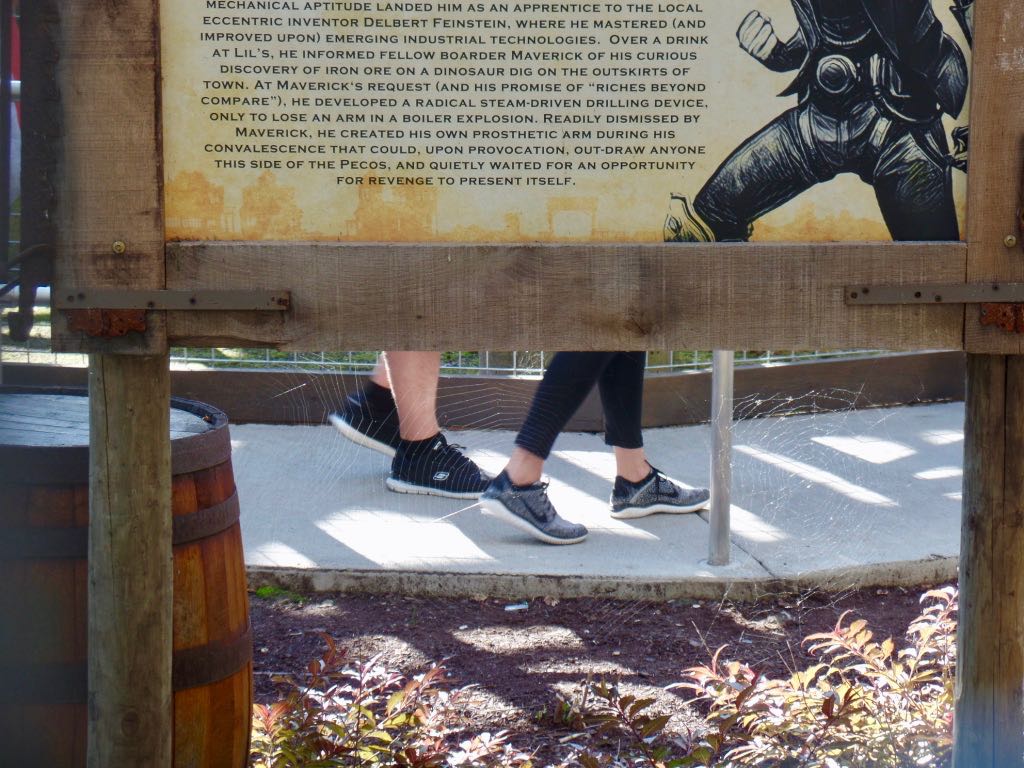 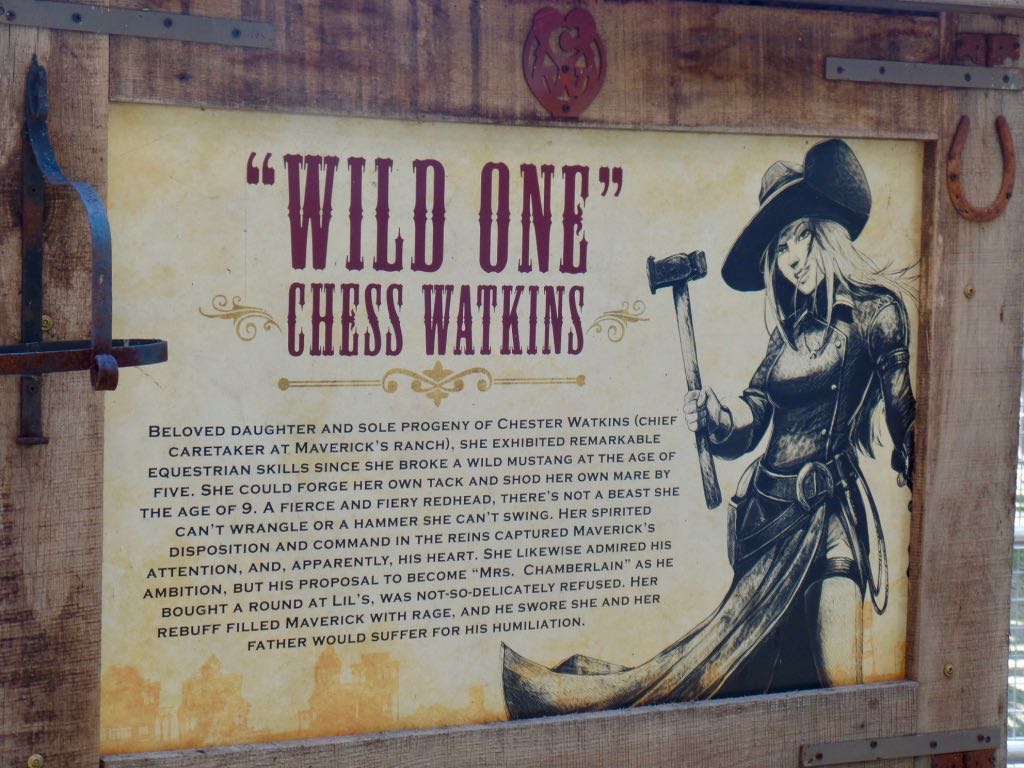 ``Wild One'' Chess Watkins is another of the train'sona characters. 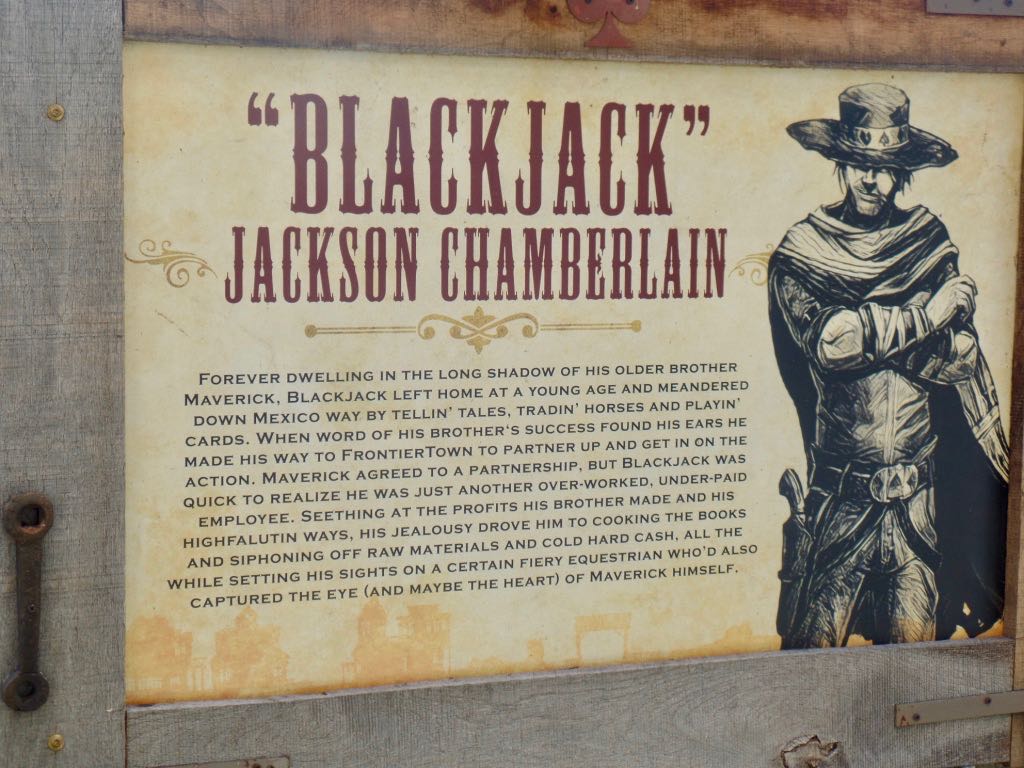 And ``Blackjack'' Chamberlain is the last of the three. And I know what you're thinking and you are correct: these are the characters from an Old West-themed JRPG. 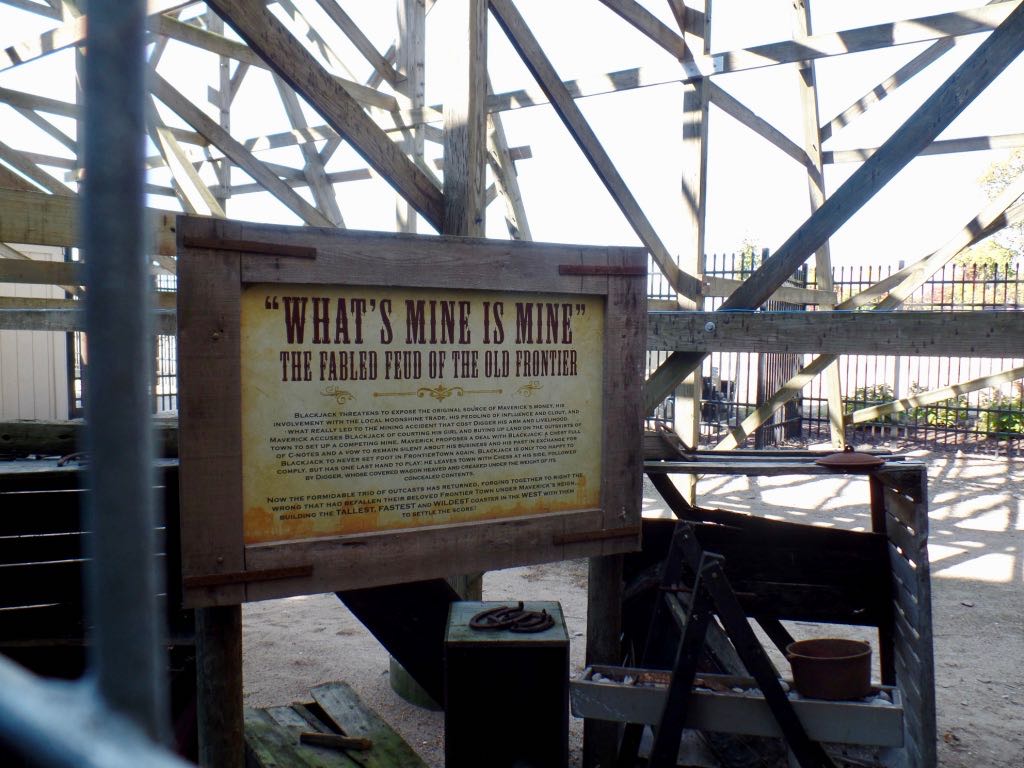 And here the last of the signs explains the feud and how Digger, Wild One, and Blackjack were driven out of town but came back as a roller coaster to battle Maverick. 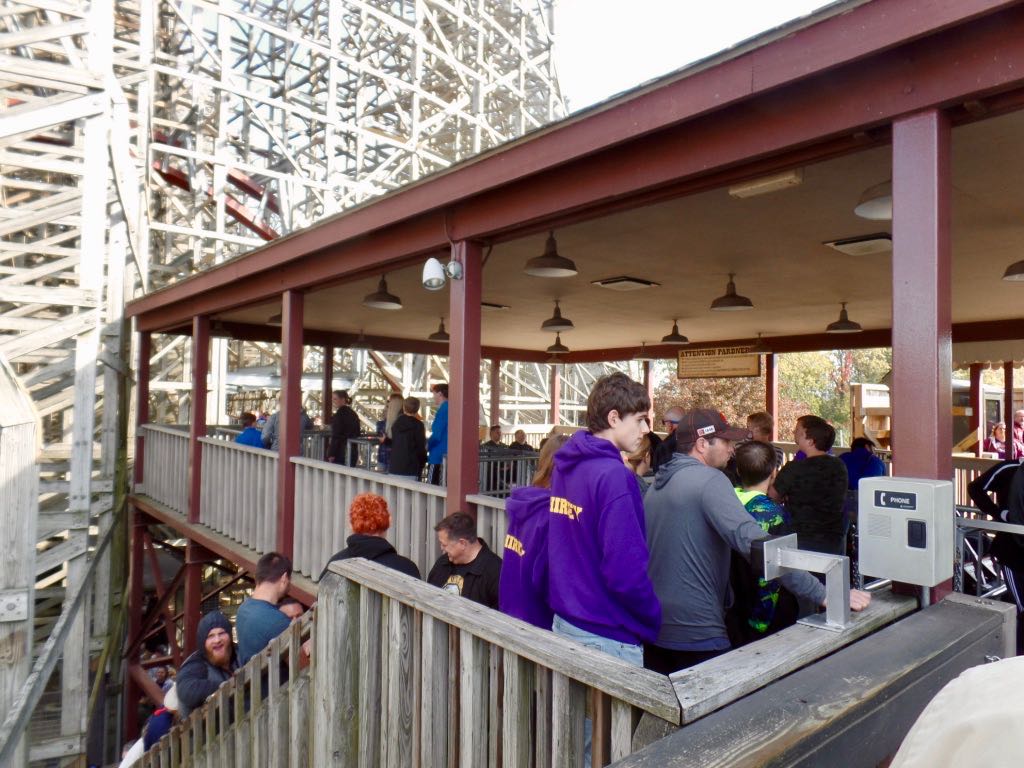 The FastPass line-cutting lane. This stairwell used to be the normal queue for Mean Streak, in the roller coaster's original wooden-coaster incarnation. 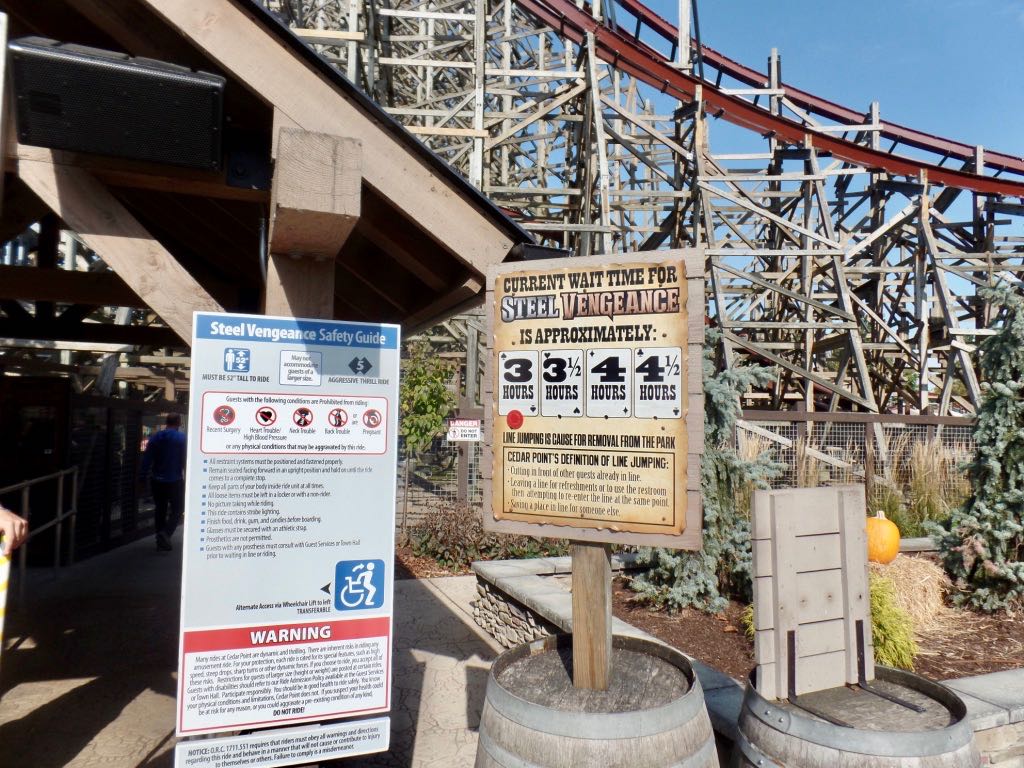 Wait time for Steel Vengeance, which as you can see still draws quite the queue. This is why we used early admission to run for this ride. 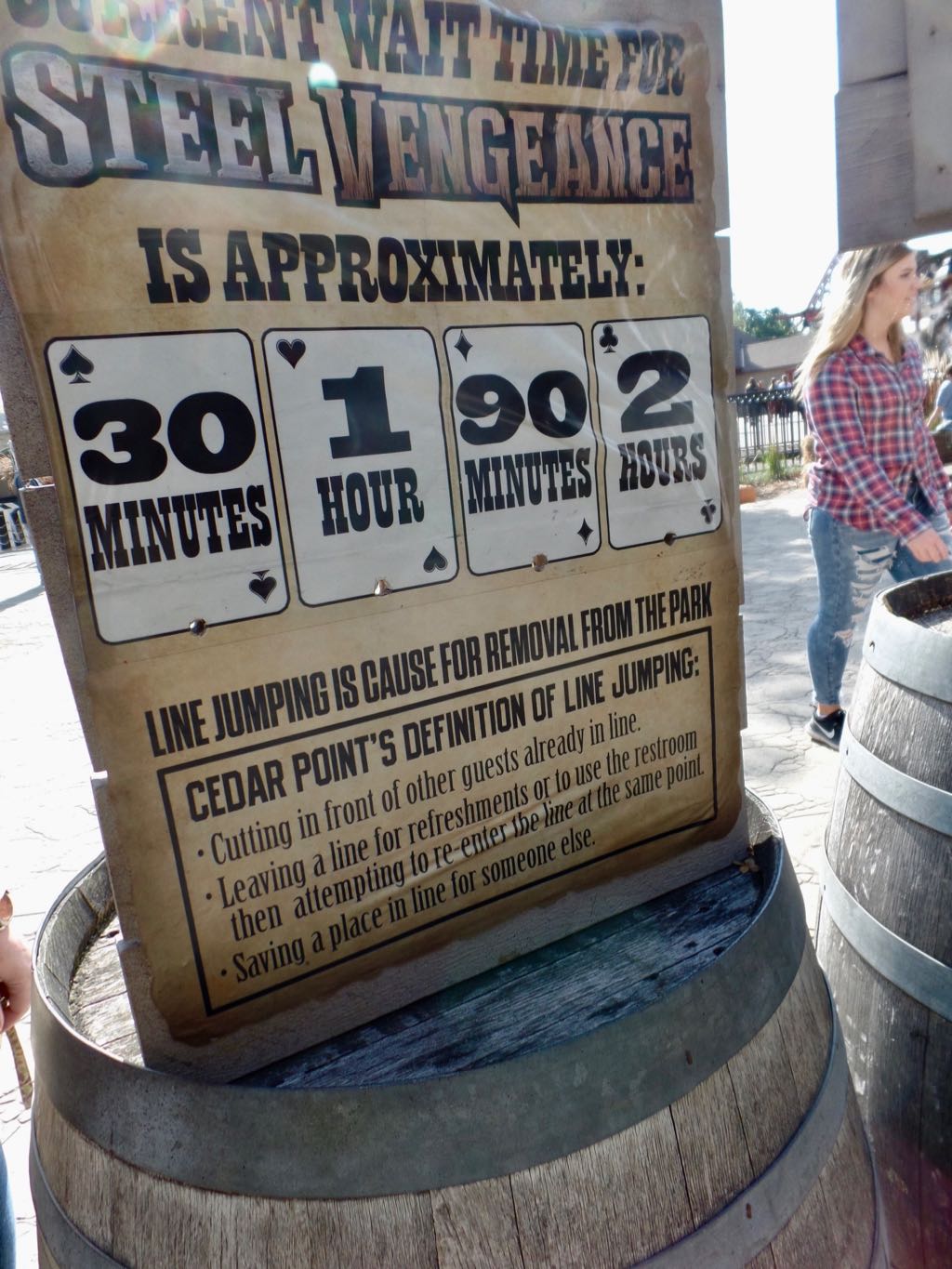 It's not always this dire. Here's the back half of that estimated-wait sign and this is much less absurd. 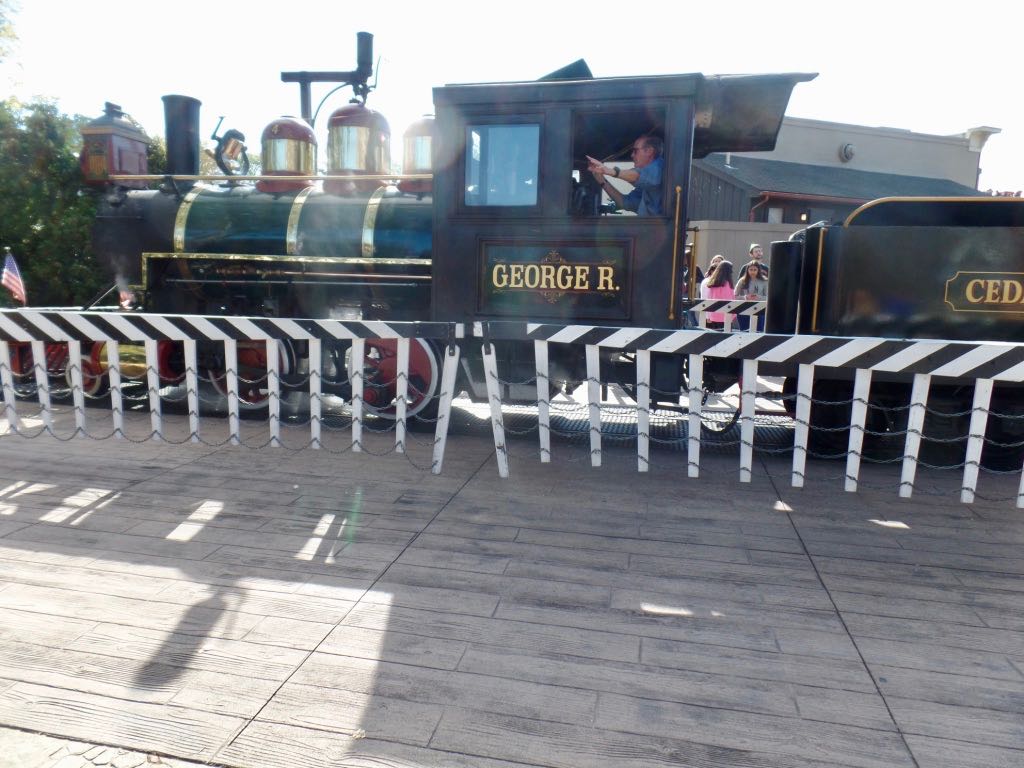 The George R is Cedar POint and Lake Erie Railroad engine #4. It was built in 1942 for the Carbon Limestone Company in Hillsville, Pennsylvania, as a limestone-hauler. 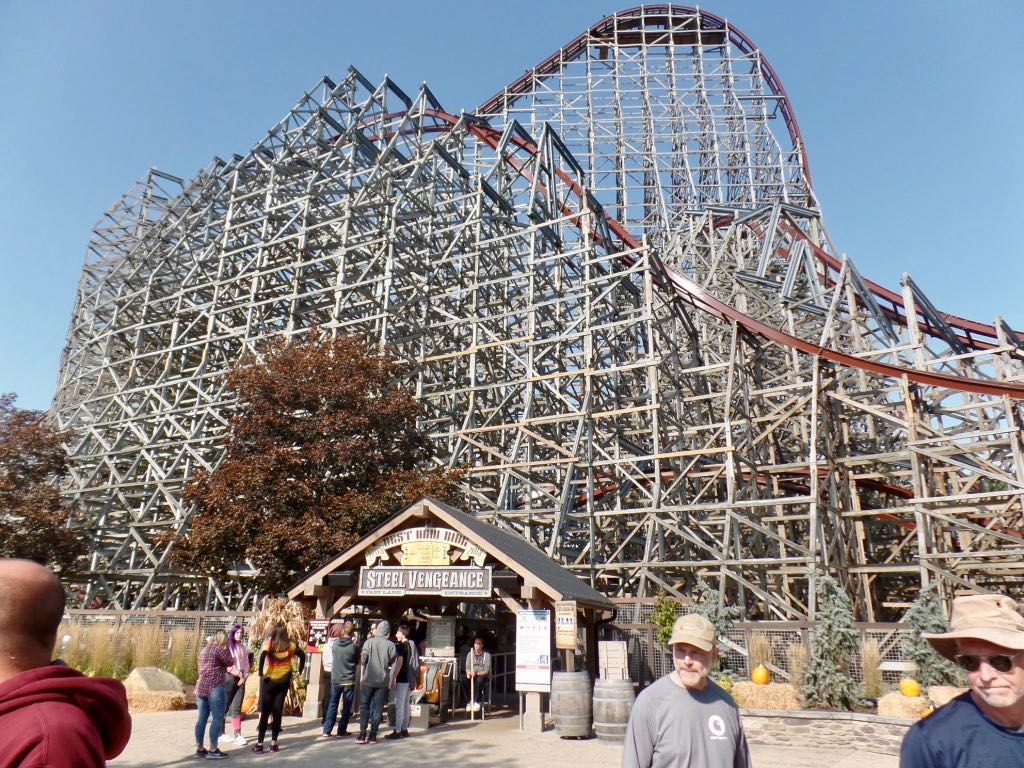 A look back at Steel Vengeance, its first drop and its entrance. 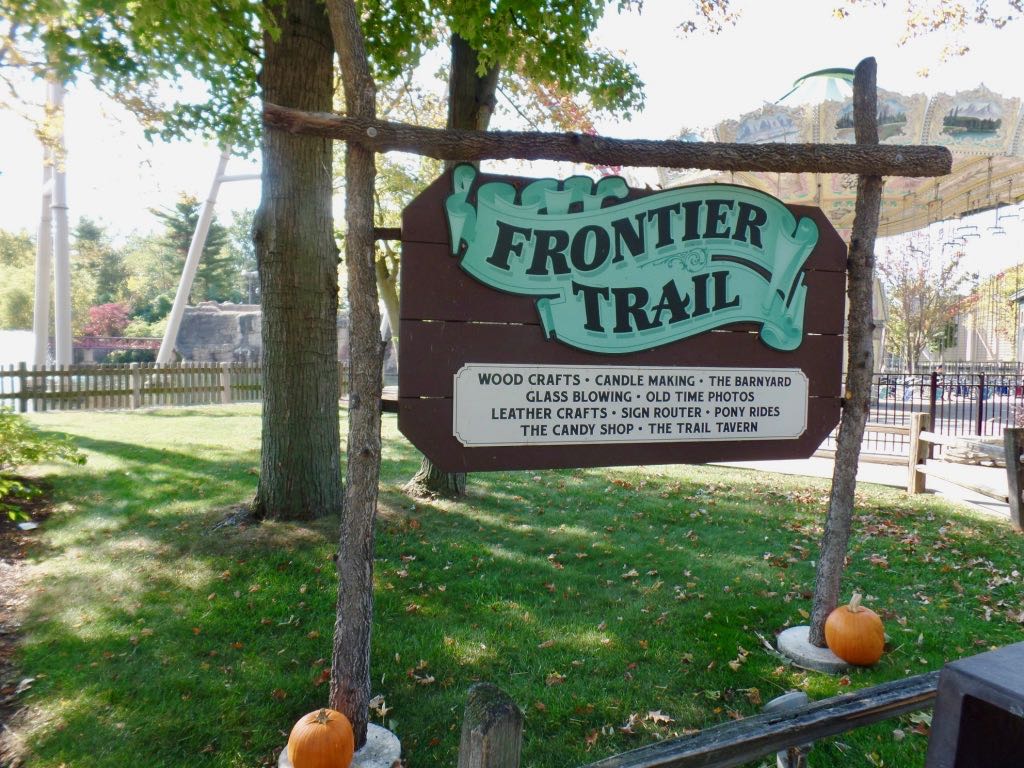 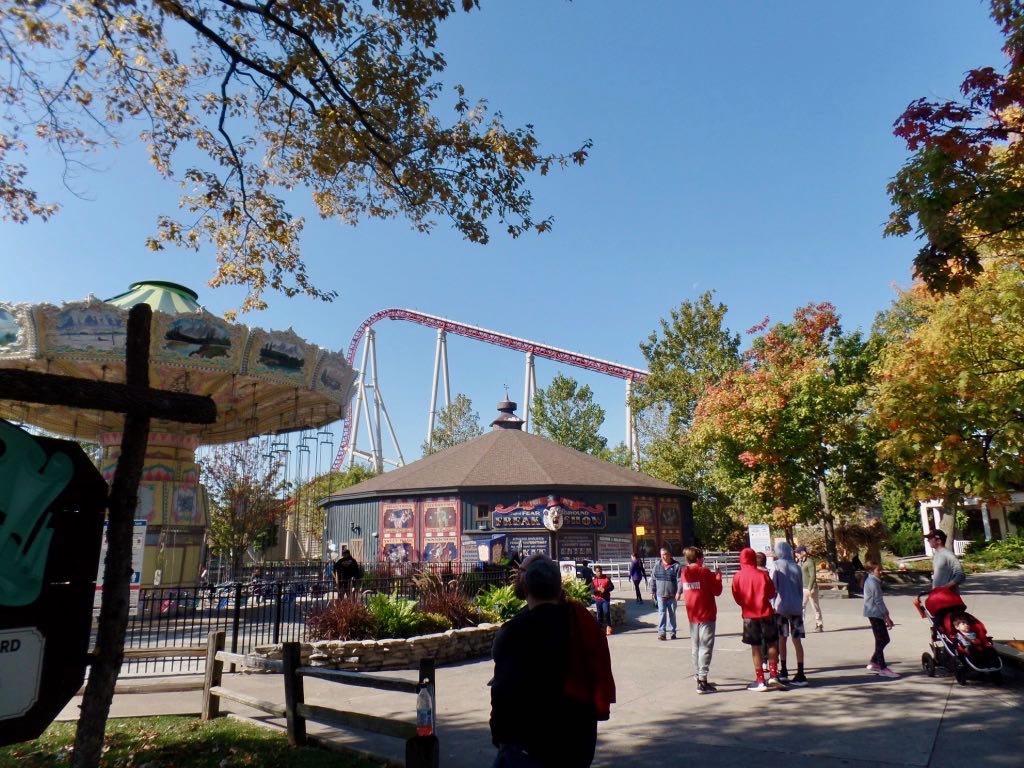 The Freak Show haunted-house attraction. It used to house the Frontier Carousel, which used to be the carousel at Lake Lansing Park. The carousel's been at Dorney Park since the mid-90s. You can see the sign above on the left edge of this.

Currently Reading: Fade In: From Idea to Final Draft: The Writing of Star Trek: Insurrection, Michael Piller. Oh yeah so the first story drafts, written 1997, had a scene where Boothby mentions to the young Picard that they've never made audio recordings that sound better than vinyl.

PS: Using my A to Z Archives: Yukawa Potential, a touch of mathematics for Monday.