You got to pick up every stitch

We got our Christmas trees, from the local tree farm, as is traditional. As with every other tradition it was diminished this year, although at least the skeleton was recognizable. We got there a half-hour before her parents. This time not to get in the way of their buying the first pre-cut tree they saw and would then be dissatisfied with. This instead so we could cut a tree before they arrived, put it in their car when they arrived, and reduce the time they had to spend sitting in the parking lot. This since we figured they wouldn't have the Christmas shop open for doughnuts and coffee and such. We were probably wrong about that; they did have the bonfire and the outdoor doughnuts and coffee stand open.

We got a concolor for the downstairs tree this year, a gorgeously shaped one that's got a fine smell and all. It's about eight feet, too, threatening to poke through our ceiling. Unfortunately Sunday night we both failed to check the water and Monday morning it was dry. We took it down --- we had to take the lights off it for this --- to cut a quarter-inch off the base of the tree and it seems to be drinking again, but this was not a happy event at all. For the downstairs tree we got a Frasier fur again, a five-foot tree that is the shortest we've ever gotten but is just adorably, perfectly, shaped.

bunny_hugger's parents are not happy with the precut tree they bought, and promised that next year they'll let us cut a tree for them. Despite all of 2020 some traditions endure.

After our Steel Vengeance ride --- the only one we figured we could get for the weekend --- we went over to an animal exhibition we heard was going on, of course, on the far other end of Cedar Point. Journey back now to late October 2019 even though everyone seems under-dressed. It was gorgeously warm. 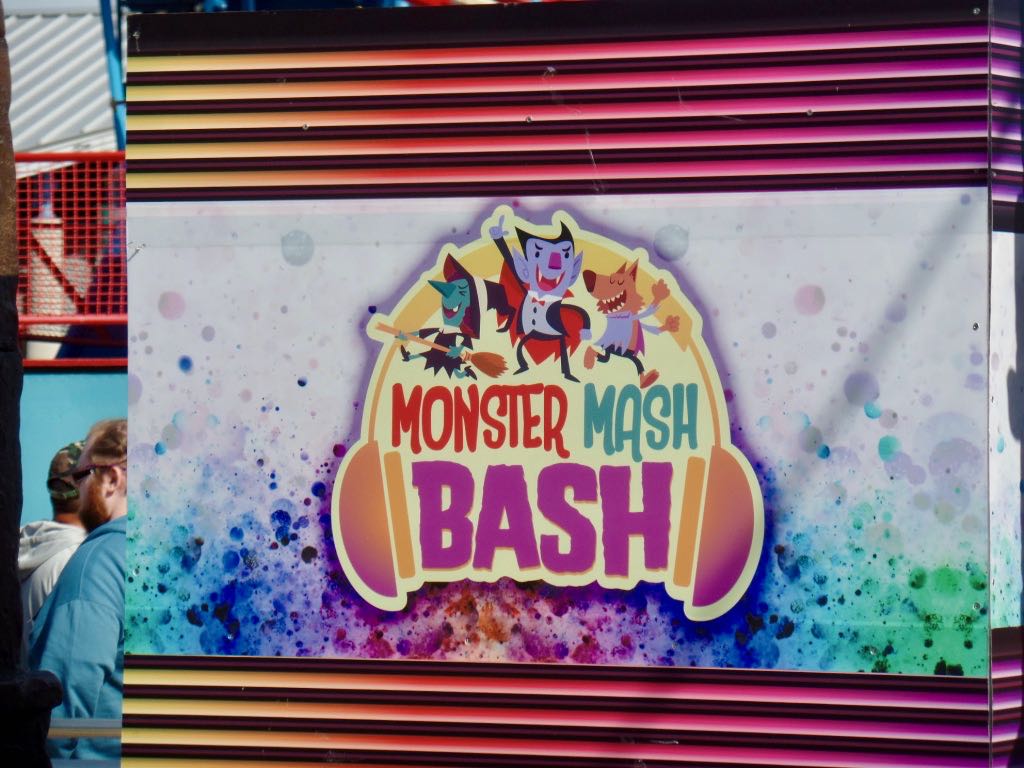 Ah, one of the new open-air performance venues, in space made available by the demolition of the old aquatic stadium. I bet the kids love the space! 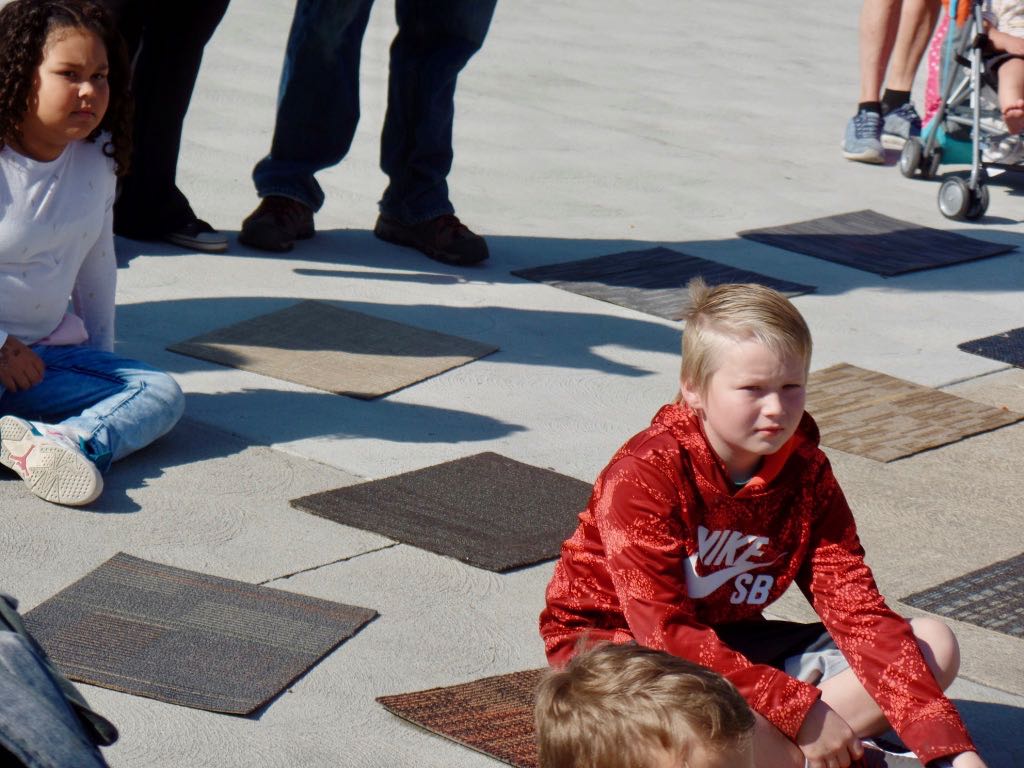 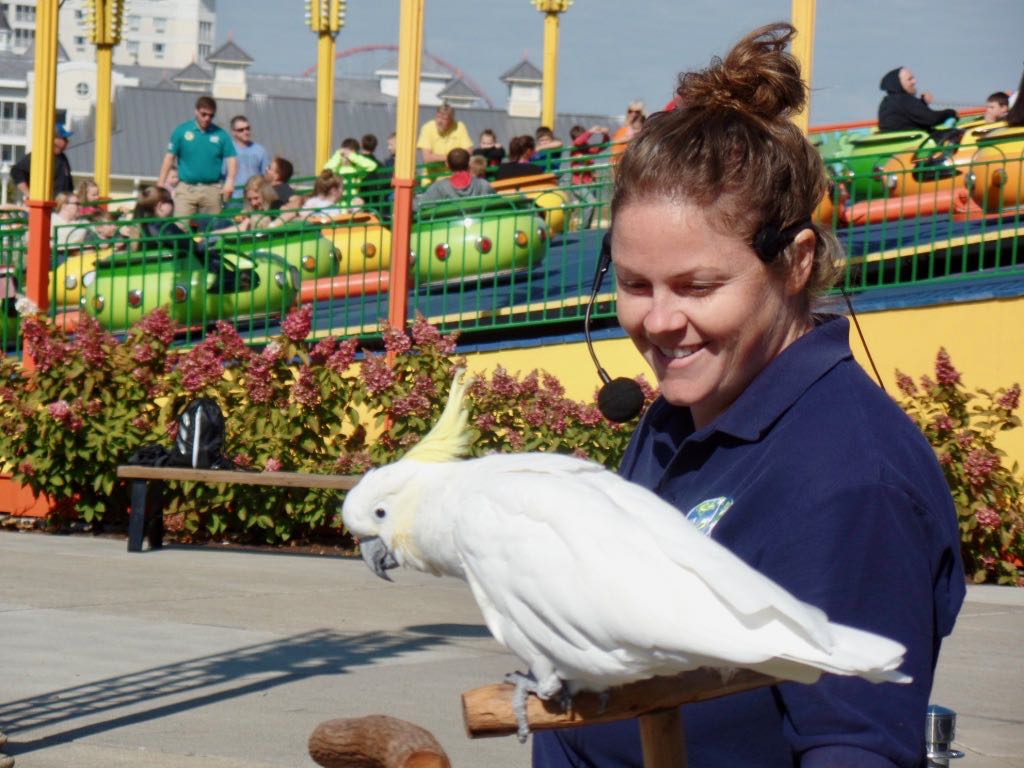 Kidding, though. Here's what the kids, and we, were there for: a Cleveland Zoo exhibit of live animals. They strove mightily to make these animals somehow Halloween-related, asserting for example that white birds remind you of ghosts, right? Count Floyd wouldn't show you something that wasn't spooky, right? 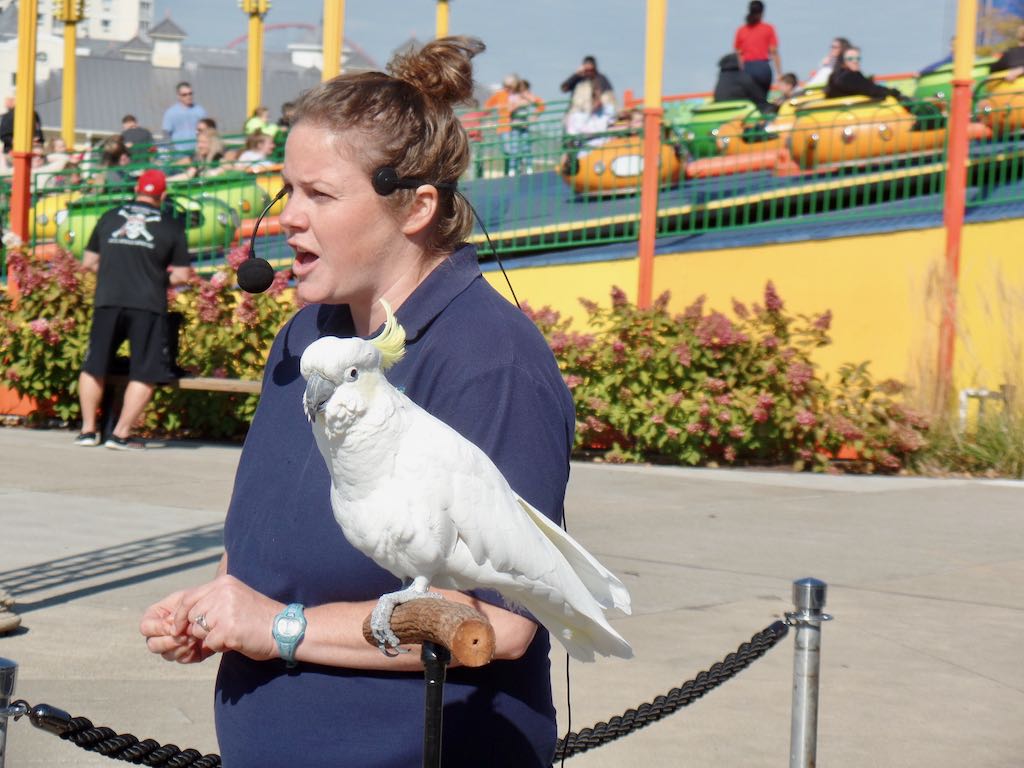 AAH AAH WAIT I TAKE IT BACK I'M SCARED. 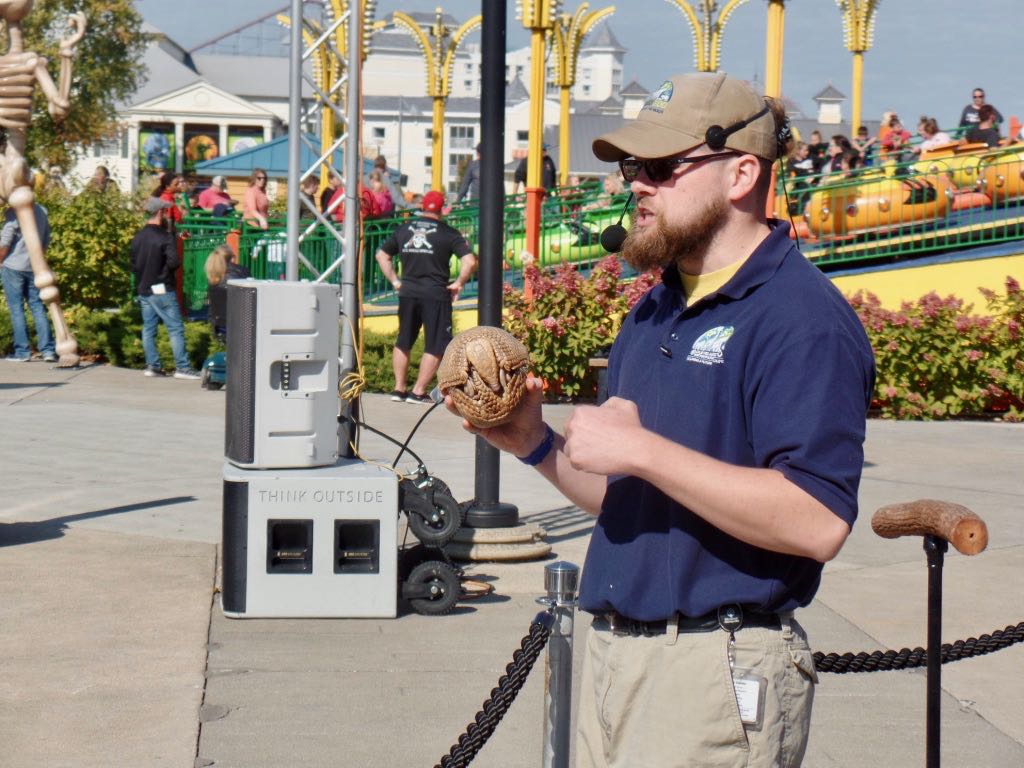 I forget how they tried to cast an armadillo rolling up into a Pokeball as Halloween-themed. In the background is the Tiki Twirl, formerly the Calypso, ride, and past that, the Breakers Hotel. 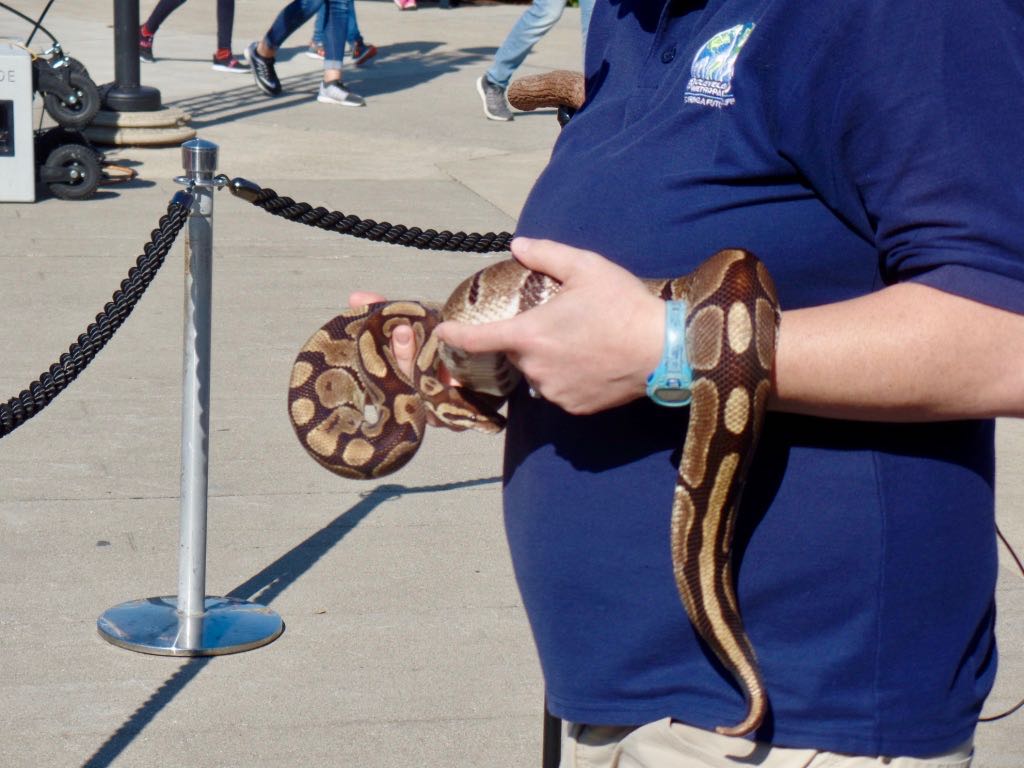 OK now we're back in the world of conventionally scary animals and a snake who doesn't see why everyone's making a fuss. 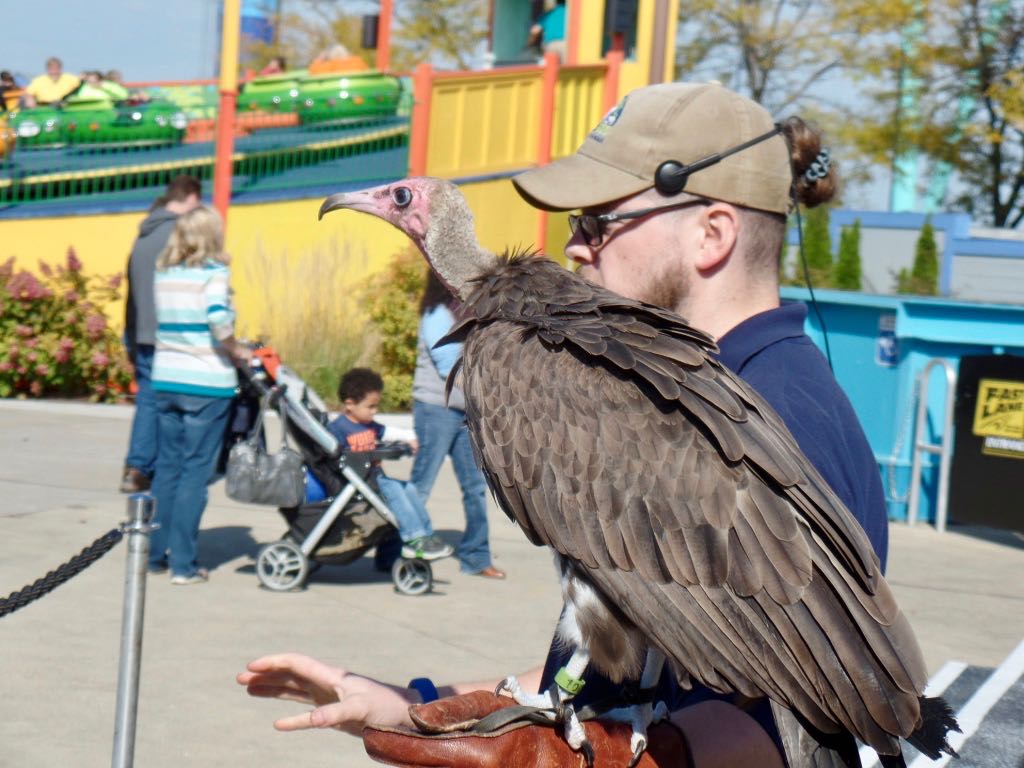 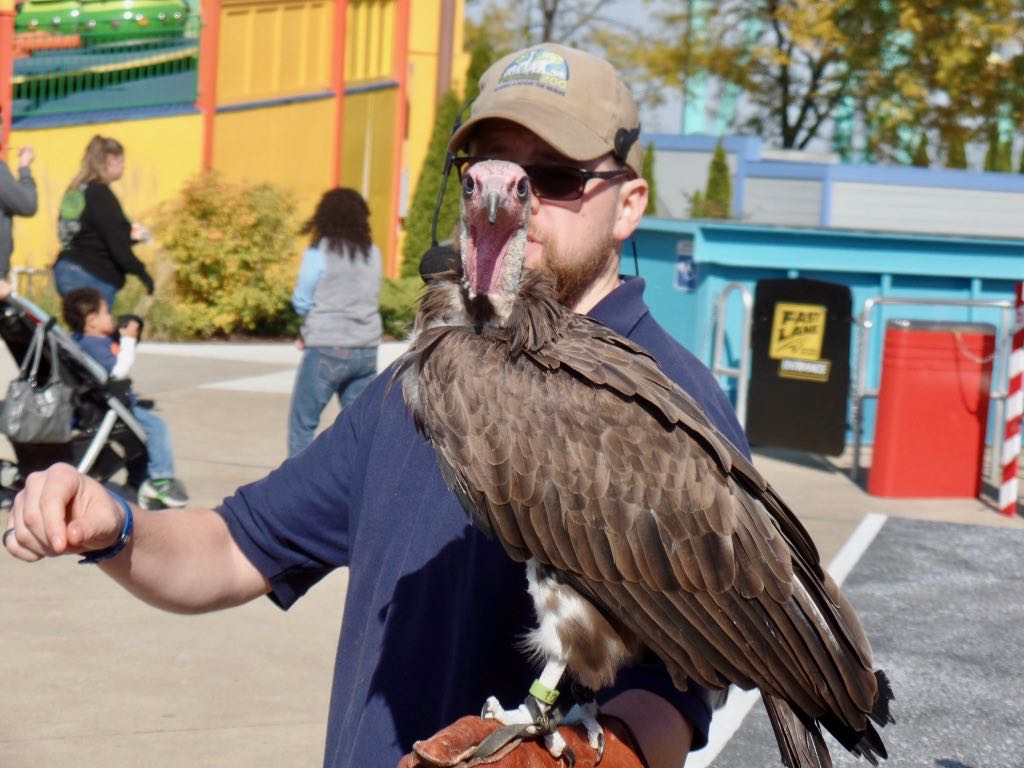 With a heck of a sense of composition! 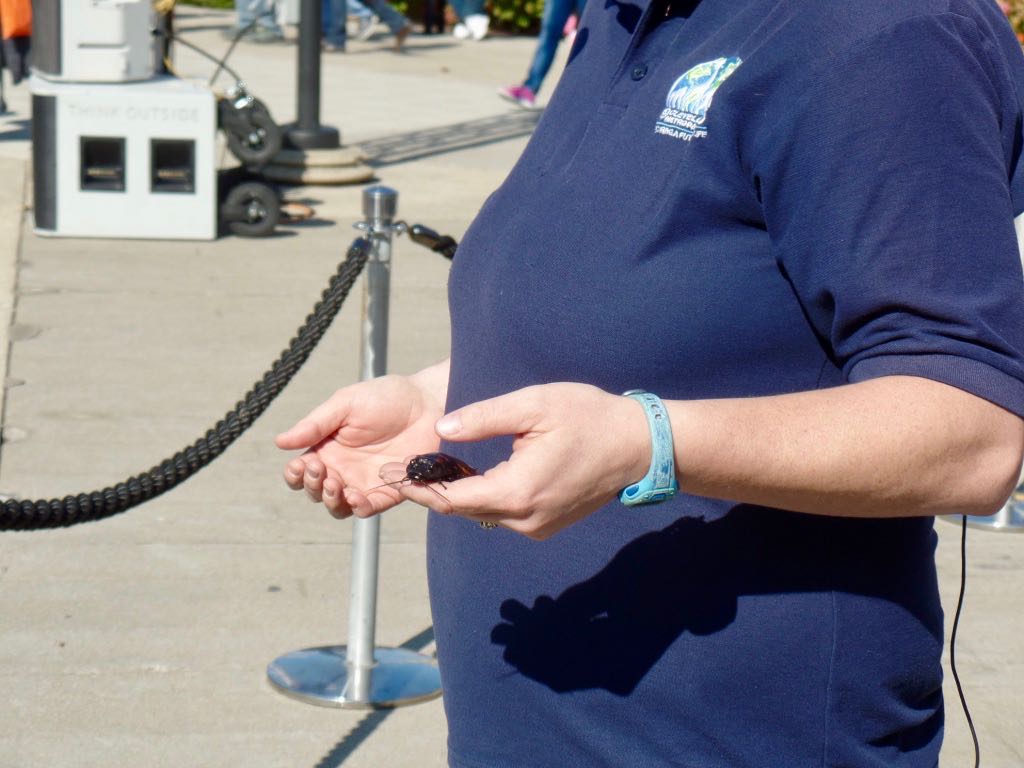 And here we're off to roaches, and I just kept thinking what a mess it would be if the demonstrator dropped it and had to go chasing the animal across Cedar Point. 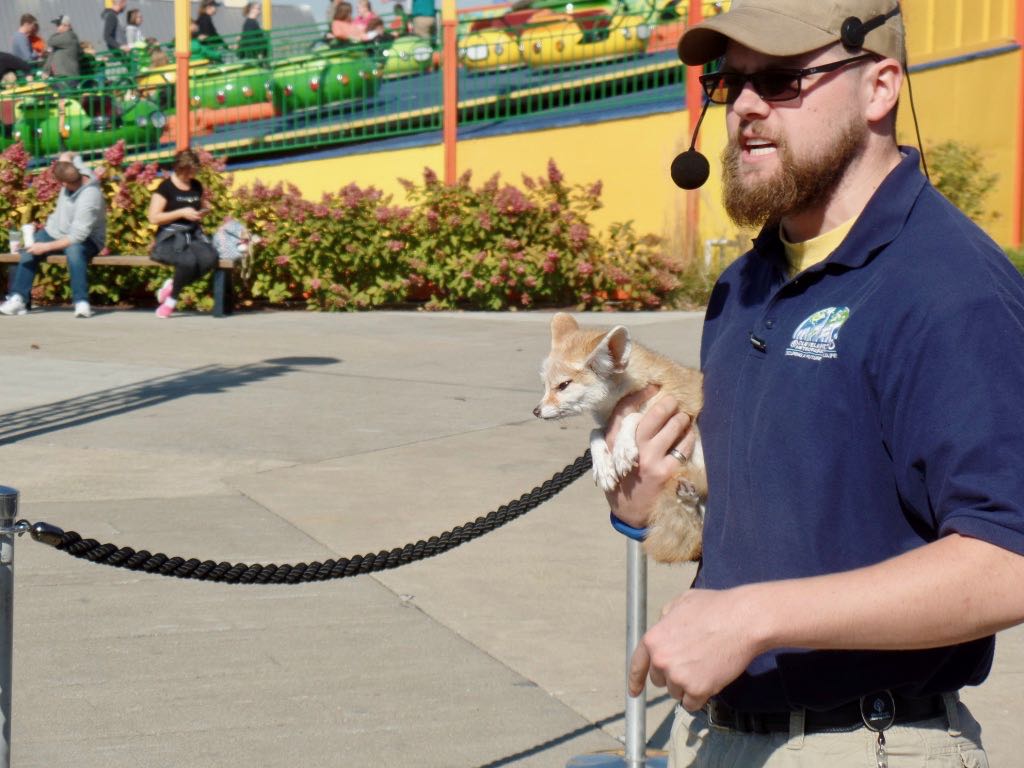 Ah, here we go, the scariest of animals: the fennec who hasn't had his coffee yet. 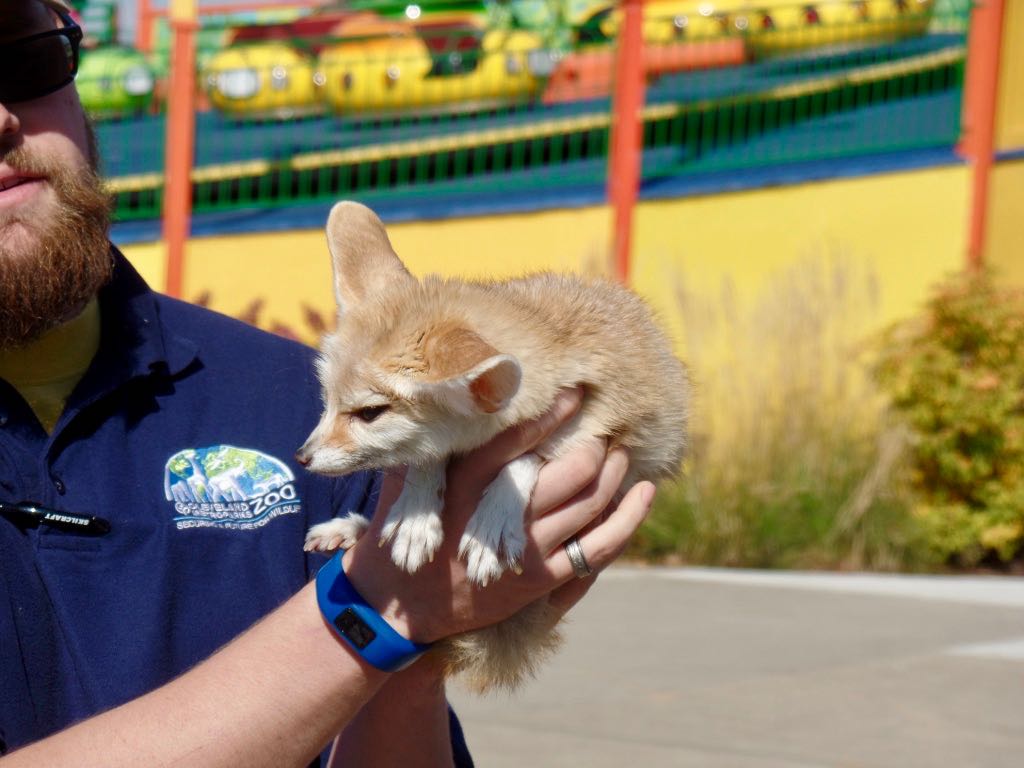 I think they tried to pitch this as the fennec could walk with a ghostly softness across the desert but fennecs are possibly the most anti-scary animal around. 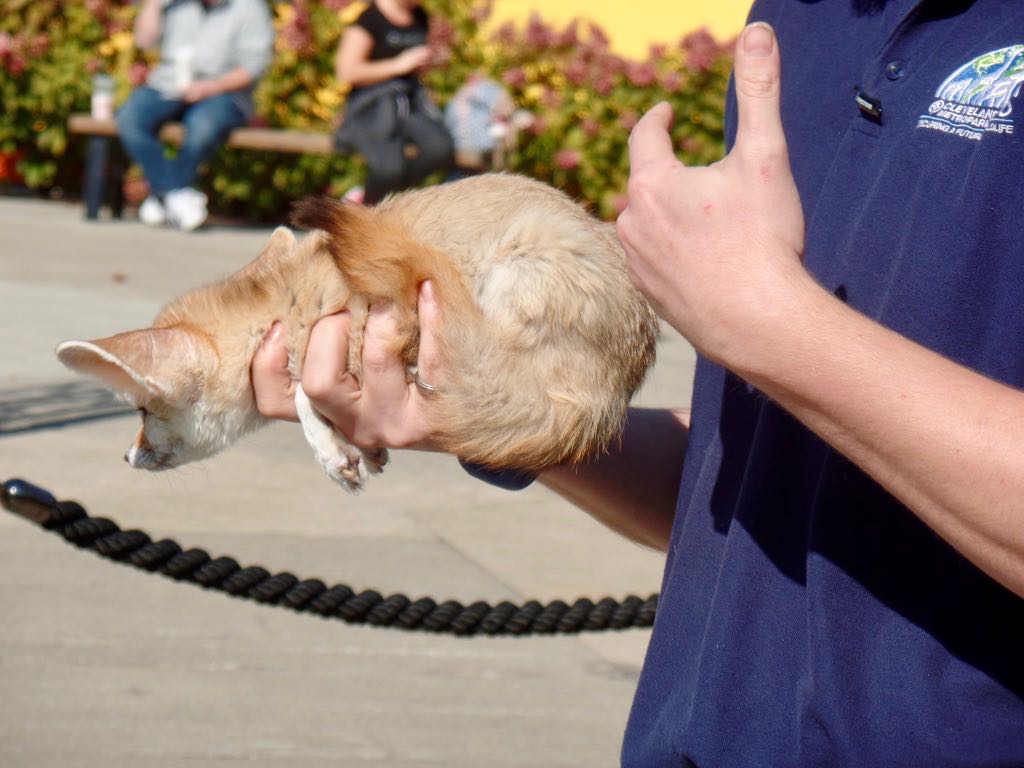 That fennec looks really used to the indignities of office, though.

Trivia: In his 1668 Dissertatio de arte combinatoria, Wilhelm Leibniz proposed representing division with a letter C, rotated counterclockwise 90 degrees (so it would look like a horseshoe or an oddly-serifed U). He abandoned the notation. In his 1684 Acta eruditorum he used, for the first time, the : symbol for division. Source: A History of Mathematical Notations, Florian Cajori.

Currently Reading: Fade In: From Idea to Final Draft: The Writing of Star Trek: Insurrection, Michael Piller. Boy, really really really like all these early story outlines where Counsellor Troi ``does a Mata Hari bit'' and uses her empathic seductive wiles to get information about of one of the badnasty jumpjumps. That's a really excellent use for the character and a great way to break the female roles out of the ``supportive caregiver woman helping out the troubled menfolk'' the regular cast was stuck with after killing Tasha Yar. (Yes, I know in the movie as released, Troi somehow has less of a part than if she didn't appear at all, but of the ways they could have used her, this was the top of the list?)