Oh no, must be the season of the witch

Something roused my humor blog out of its low-power mode! Briefly. It would of course be the lure of overthinking Rankin/Bass specials. In which post did that happen? Guess ... it's one of these:

Correct! It's that Fleas A Crowd cartoon, which is a nice little surprisingly odd one.

Back to pictures, from our last day visiting Cedar Point in 2019. 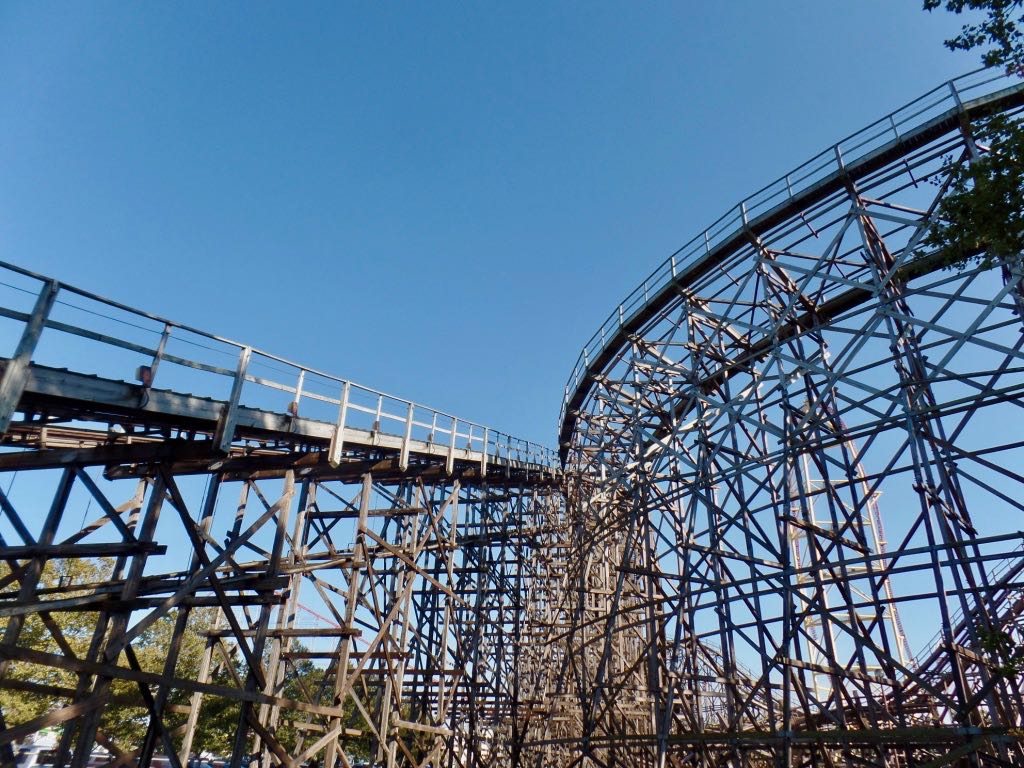 Gemini, where the lift hills for the racing coaster (the left side) meet part of the mid-course turnaround, returning (the right side). 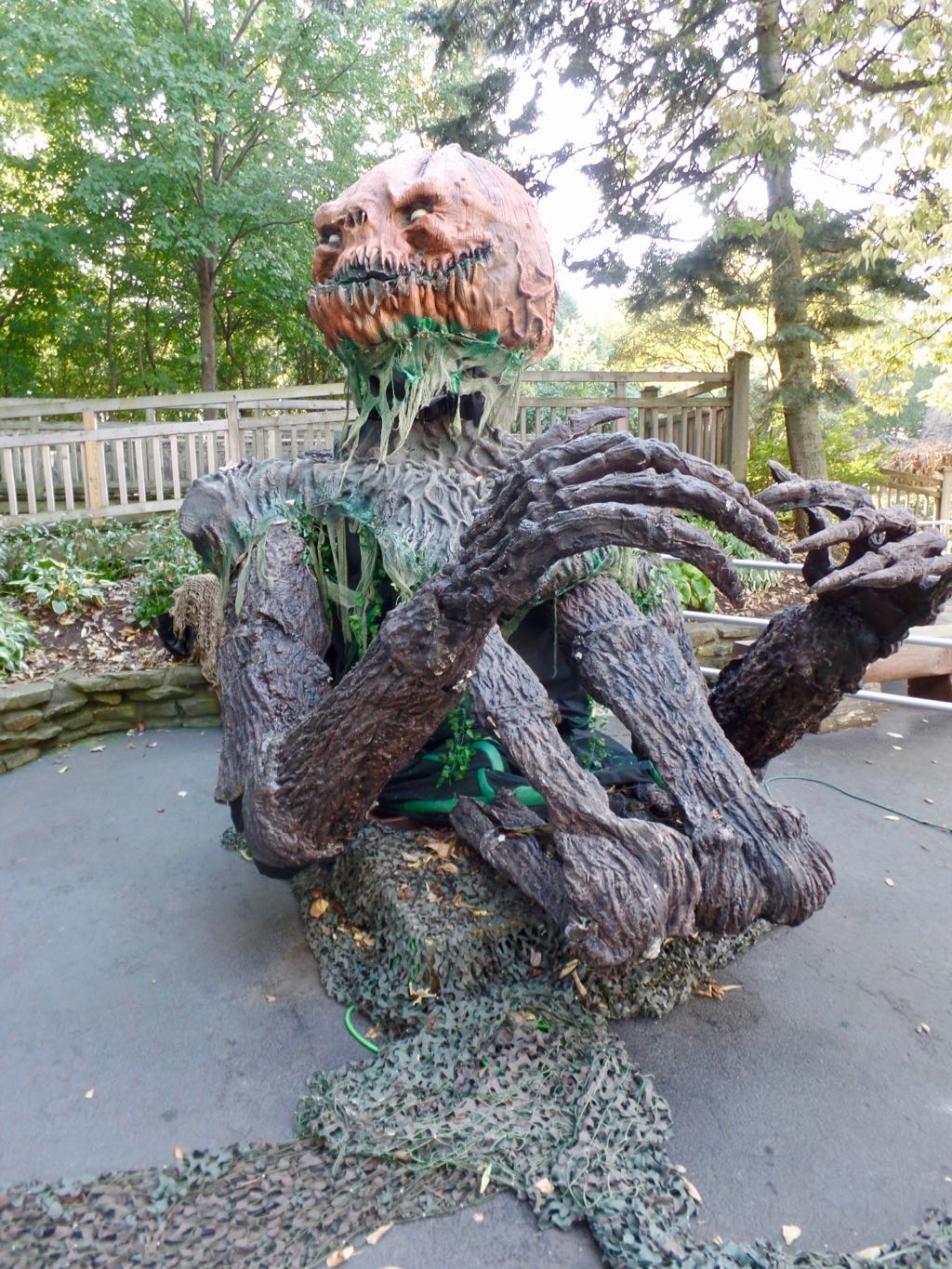 That pumpkin-headed monster that I got the blurry photograph of Friday night. By the light it's ... I'd say better, really. 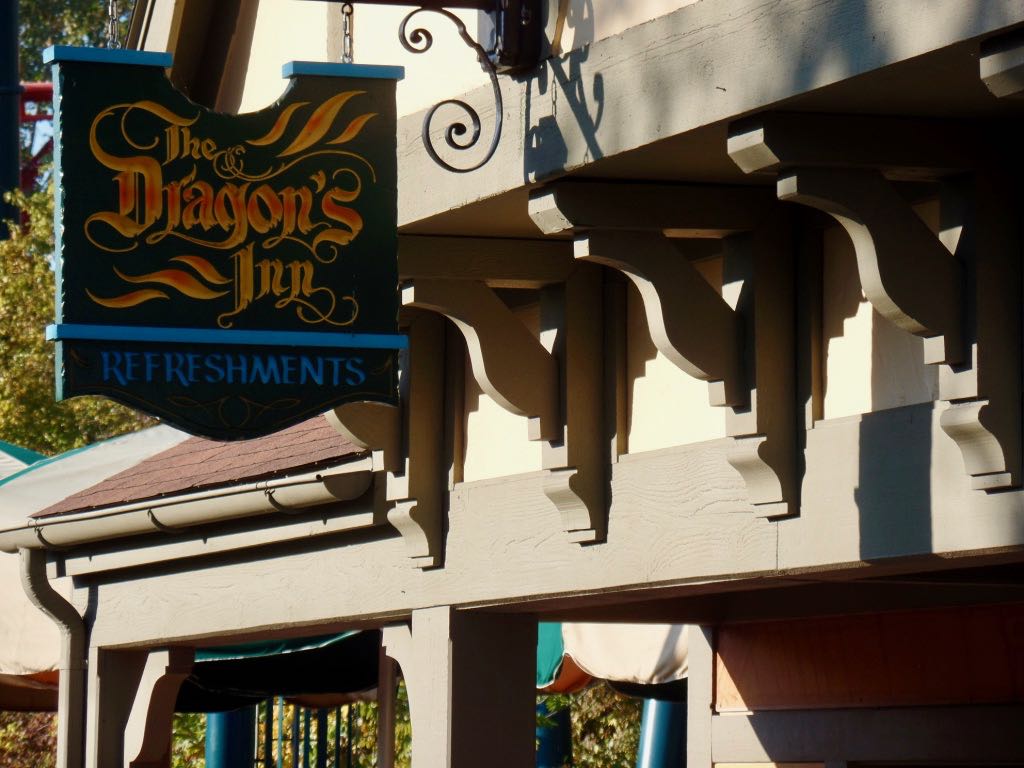 Over near Iron Dragon is this little food stand, The Dragon's Inn. We keep worrying the park is going to renovate itself away from having stuff in this style. 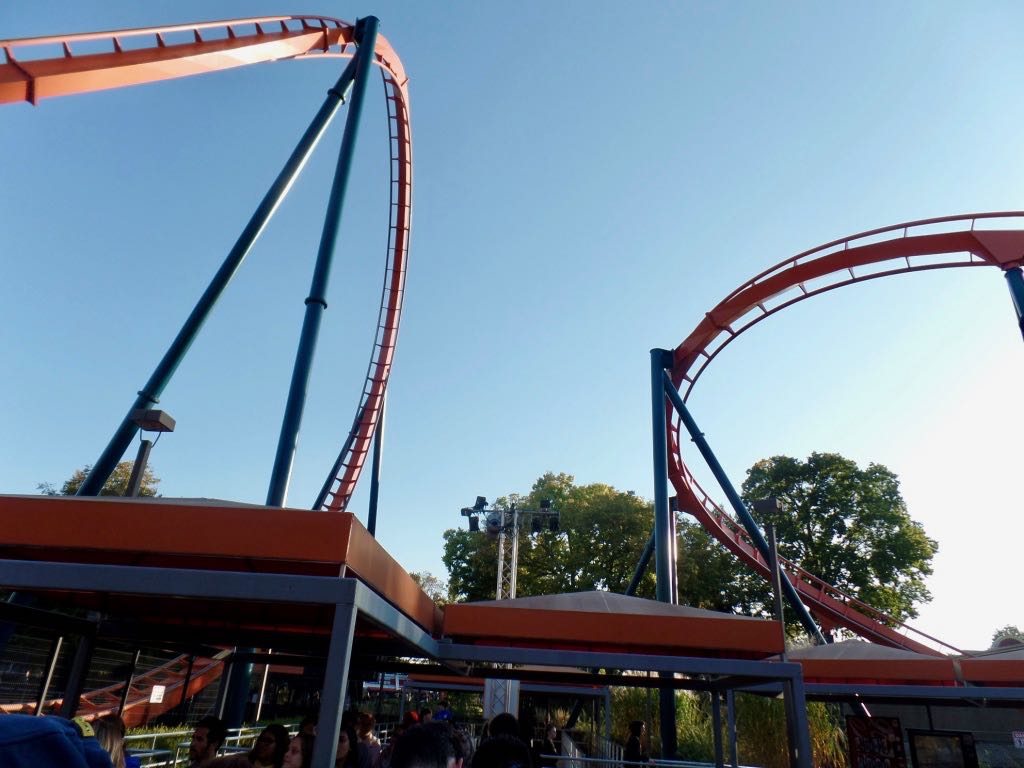 Looking at Rougarou, with one of the highly-banked turns on the right and a loop on the left. 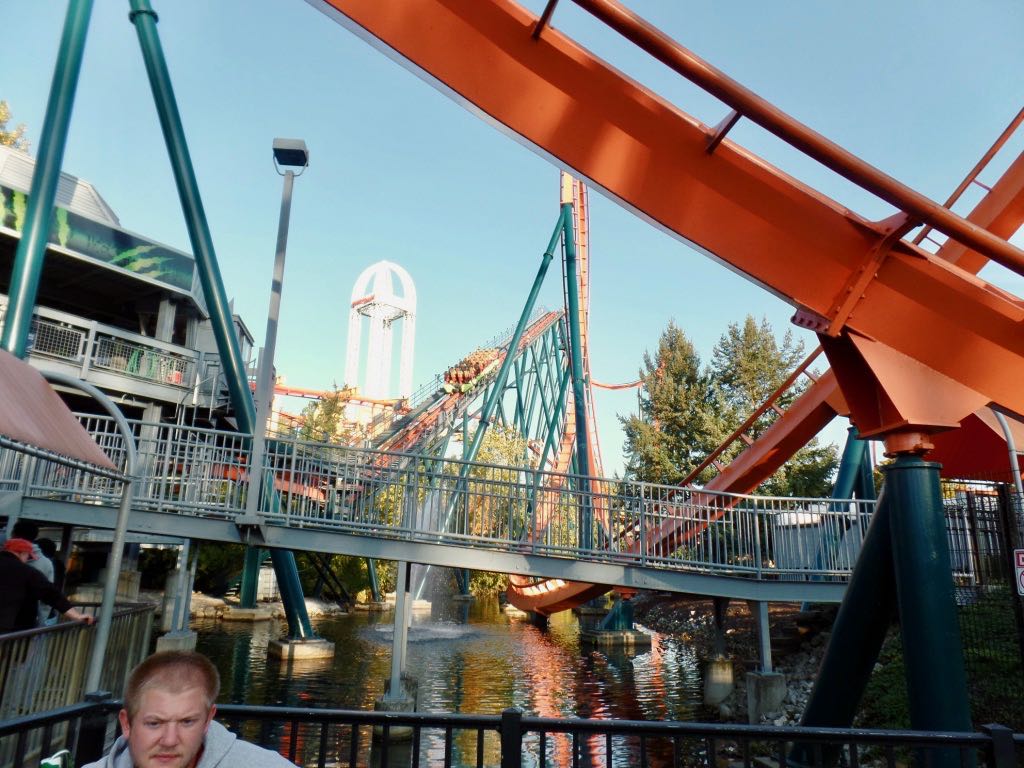 Train climbing the lift hill of Rougarou, with several of its loops and swoops in view. The Power Tower is the hugely over-exposed tower in back. 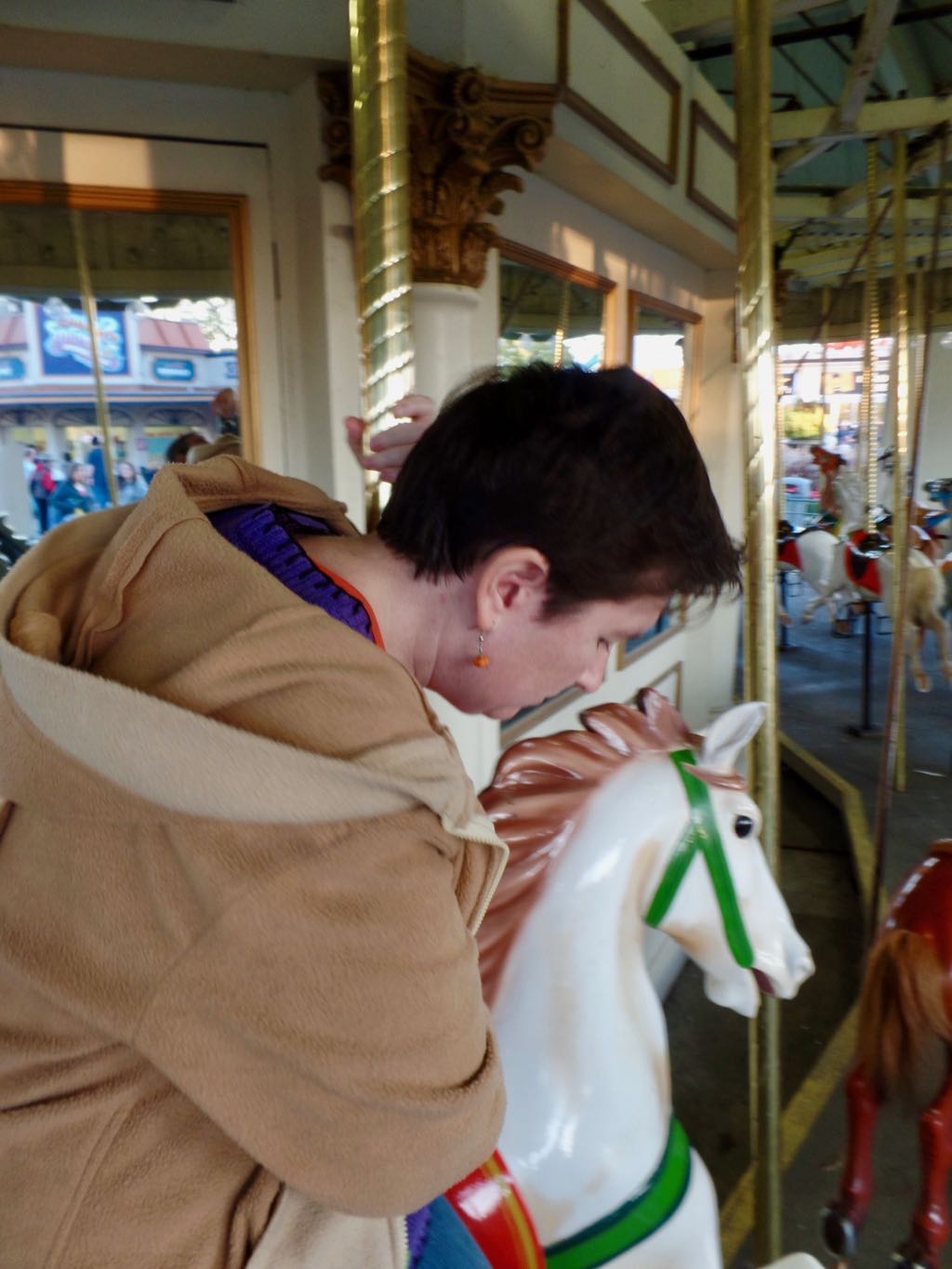 bunny_hugger shares high-level discussions with her mount on the Kiddie Kingdom carousel. 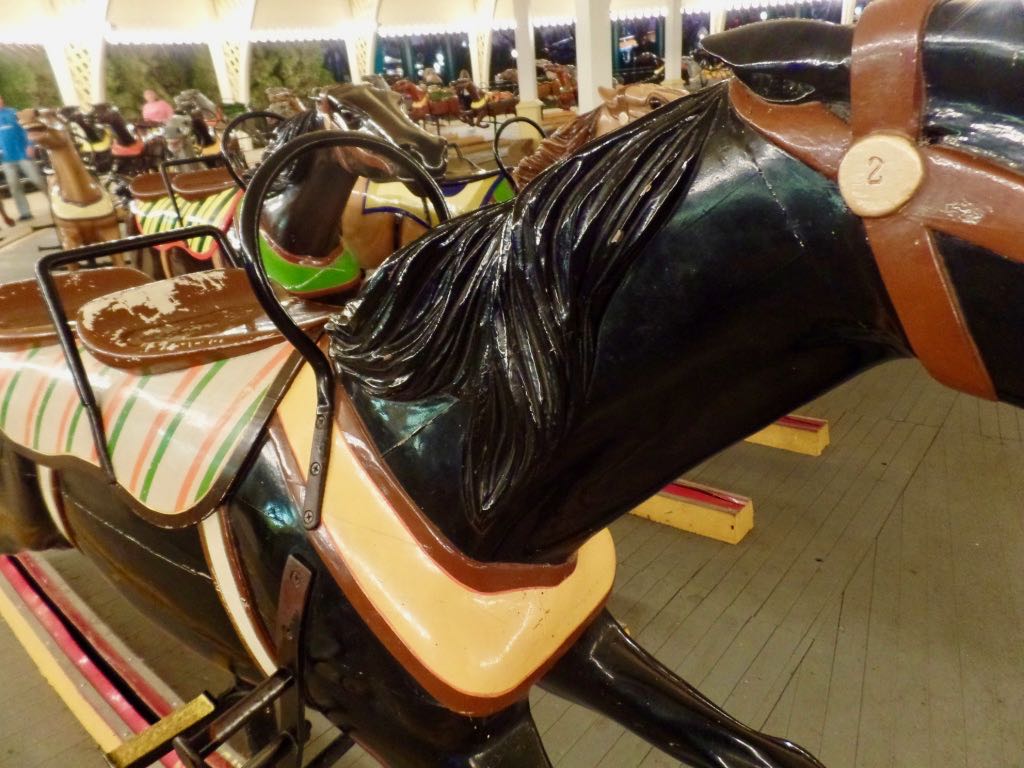 Back to the Cedar Downs racing carousel and again those bold contrasts in light and shadow. Every picture of the carousel is a study in negative space. 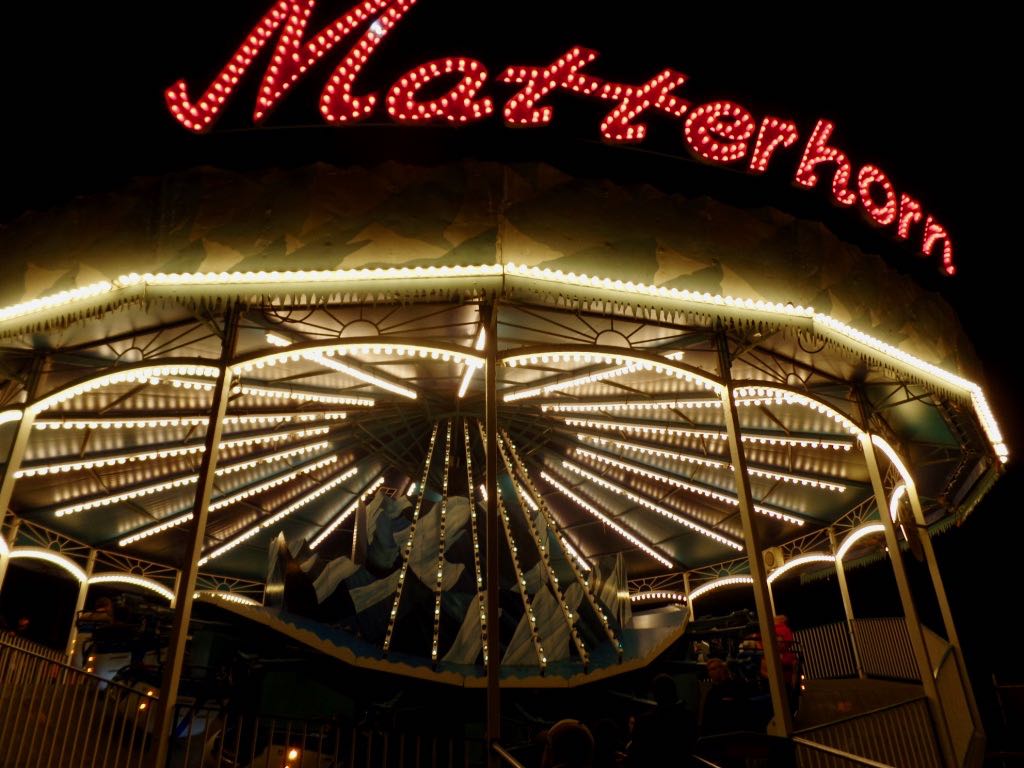 Matterhorn: I suggested we take a ride on it because we never give it attention, and it always feels like something about to be renovated out of existence. It looks pretty good --- we love that the decor looks like it's been allowed to age --- but Cedar Point runs it pretty boring. Not too fast and no backwards cycle. 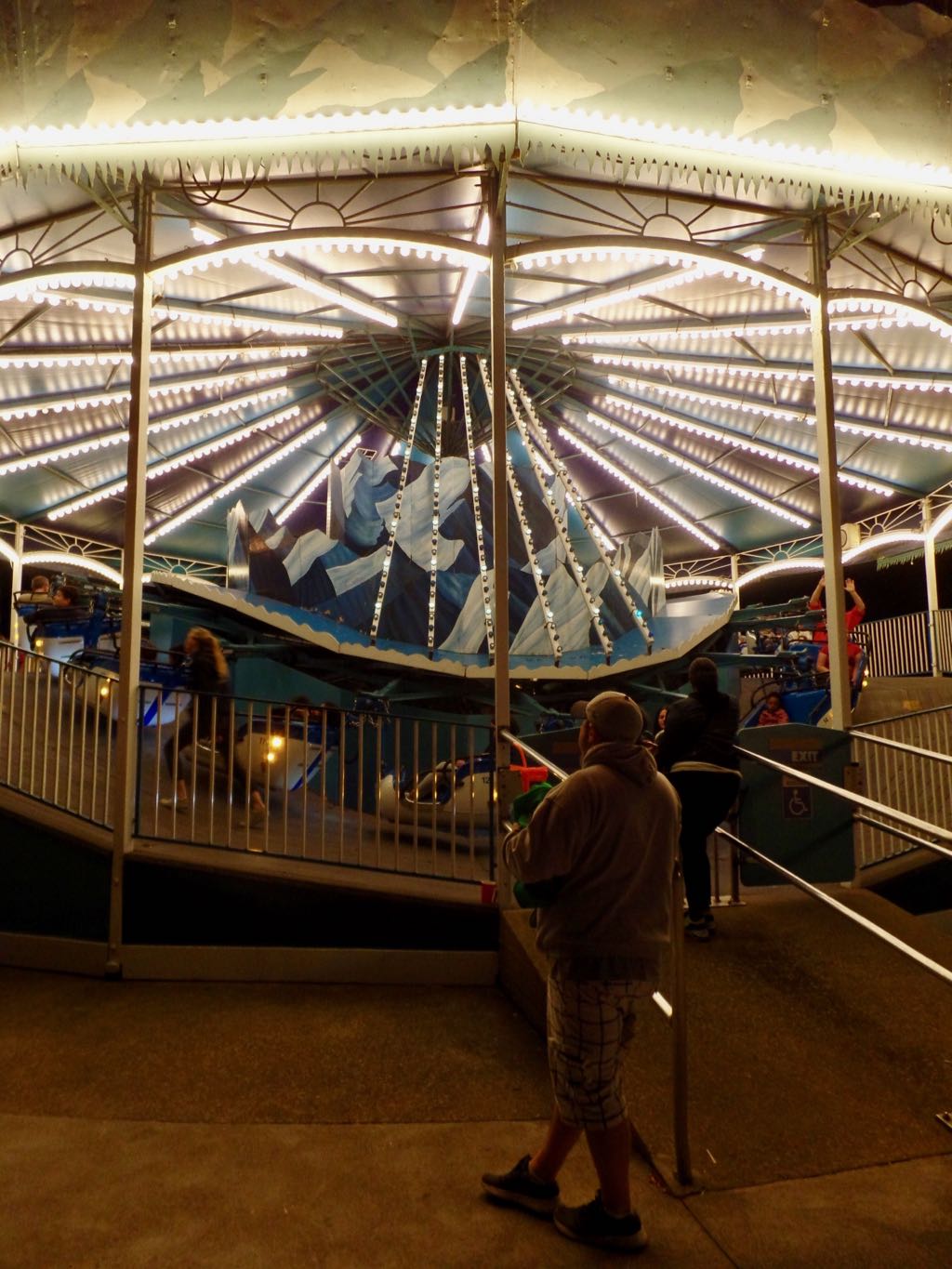 Trivia: General William T Sherman was elected an honorary member of one Saint Louis baseball club when the secretary noticed he regularly attended their games. Source: But Didn't We Have Fn? An Informatl History of Baseball's Pioneer Era, 1843 - 1870, Peter Morris. (The text is ambiguous about just when this was; I think his election was 1869 if I'm not being over-fussy in reading the footnote.)

Currently Reading: The Taste Of War: World War II and the Battle for Food, Lizzie Collingham. Because I've been feeling like I needed some lighter reading given my mental state and then something went completely wrong.