Must be the season of the witch, yeah

Spot of amusement park news, before I get back to my life.

Indiana Beach, which is just at our limits for day trips, is getting another roller coaster. It's a Schwarzkopf three-loop steel coaster, a kind they just aren't making anymore. We've ridden it before. It was in Mexico City then, one of the roller coasters at La Feria Chapultepec, where it was named Quimera.

It's the roller coaster that in September 2019 had a catastrophic malfunction, with the last car derailing. It killed two people and injured five more. The cause was inadequate, possibly no, maintenance. Obviously the roller coaster would get a major refurbishment and restoration before it'd go back into service --- wherever it operated --- so I'm not afraid to ride it, when it gets to its new home.

The accident shut down the amusement park, as the company (Ventura Entertainment) lost its license. The government had been looking for another company to take over operations, but that's always hard and only got worse with Covid-19. And apparently it's gotten worse. Besides selling Quimera to Indiana Beach, the Ratón Loco roller coaster's been removed. I don't see that it's been sent anywhere. Montaña Rusa, worse, is (says Wikipedia) ``to be removed from the park''. You can't remove a wooden roller coaster; you can only tear it down. (Yes, yes, Knoebels and Lakemont Park moved wooden coasters, but that was 35 years ago and it's almost never happened before or since.) It's to be destroyed, and I have to conclude La Feria's also to be destroyed. (Wikipedia has changed most of its verbs to past tense, though doesn't have sources.)

And now ... the end of our Halloweekend 2019 visit to Cedar Point. Would we, in fact, get to the park for closing day? Watch and see. 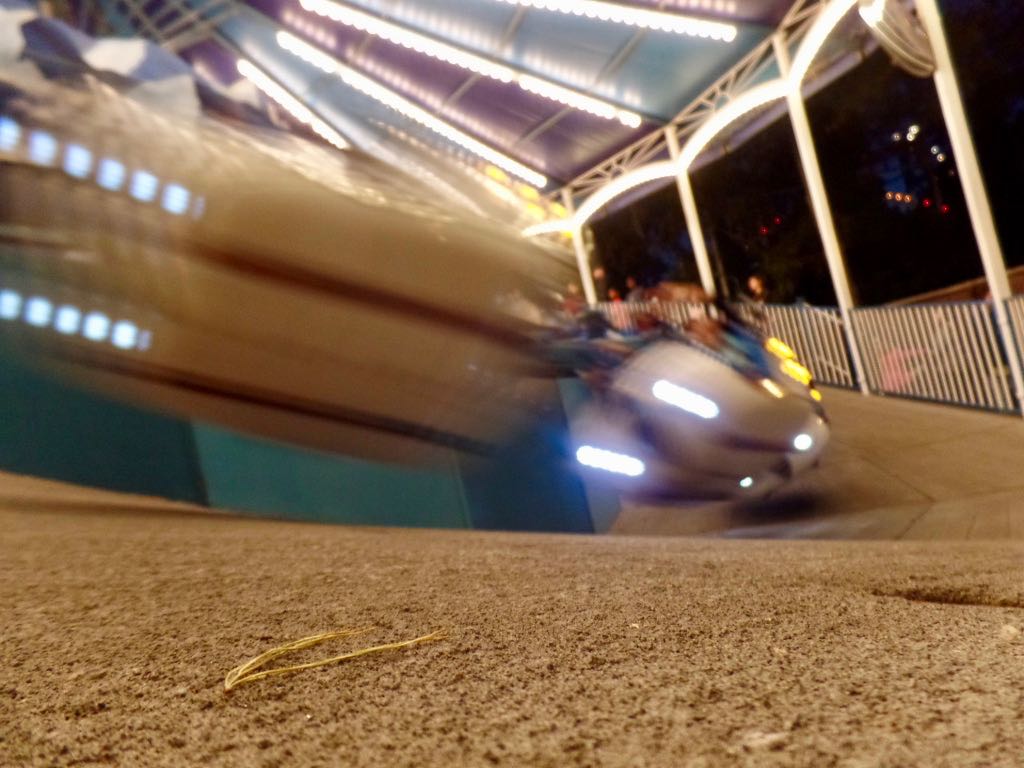 Matterhorn was something of a bust anyway. We ended up on separate ride cycles. So I took this picture while waiting. Fun fact: LED lights flicker a tiny bit and if your camera is fast enough, you can capture that, like in the headlights of a car moving fast past you. 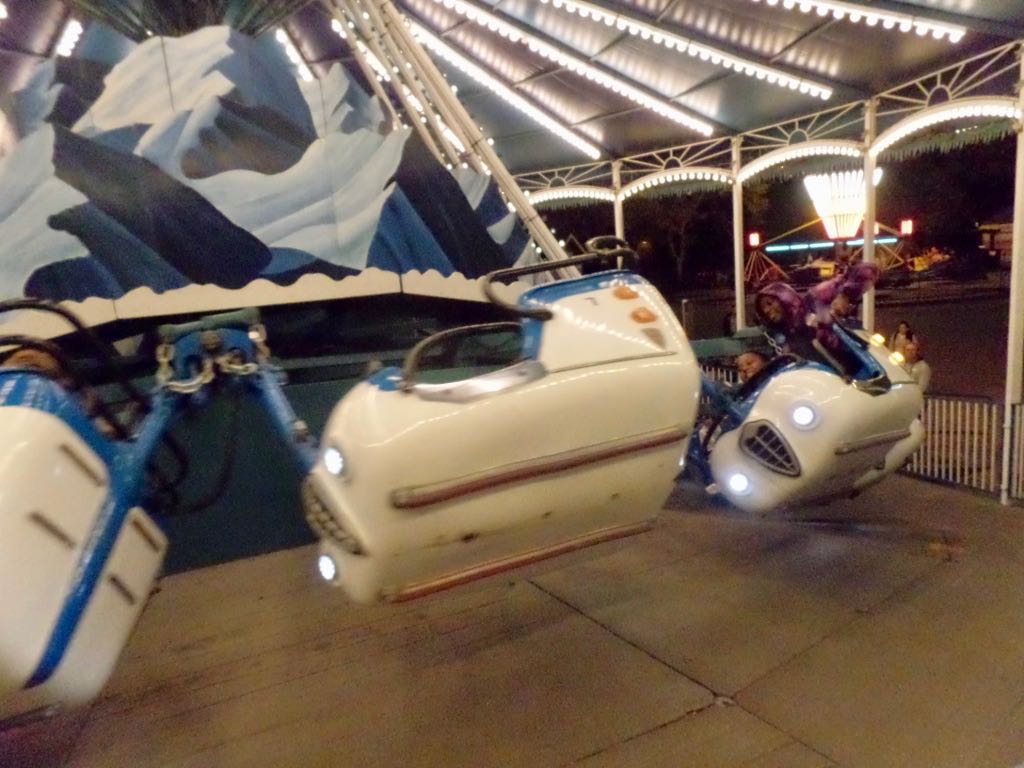 The cars slowing down, although still being fast enough to swing out. 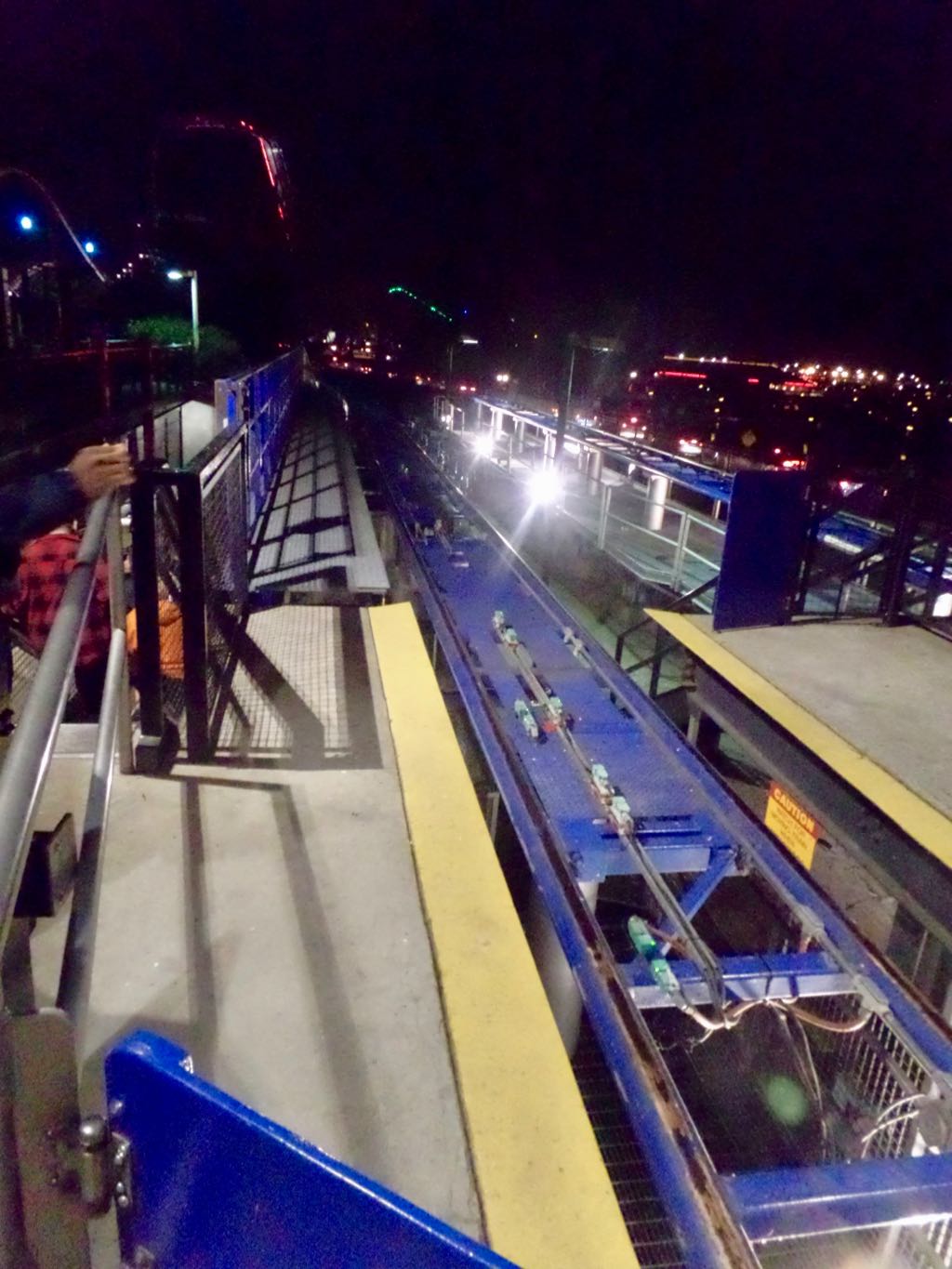 View of the return leg of Millennium Force, which was our last roller coaster for the night. ValRavn is the dark orange glow in the upper left corner. Sandusky is the orange glow on the upper right. 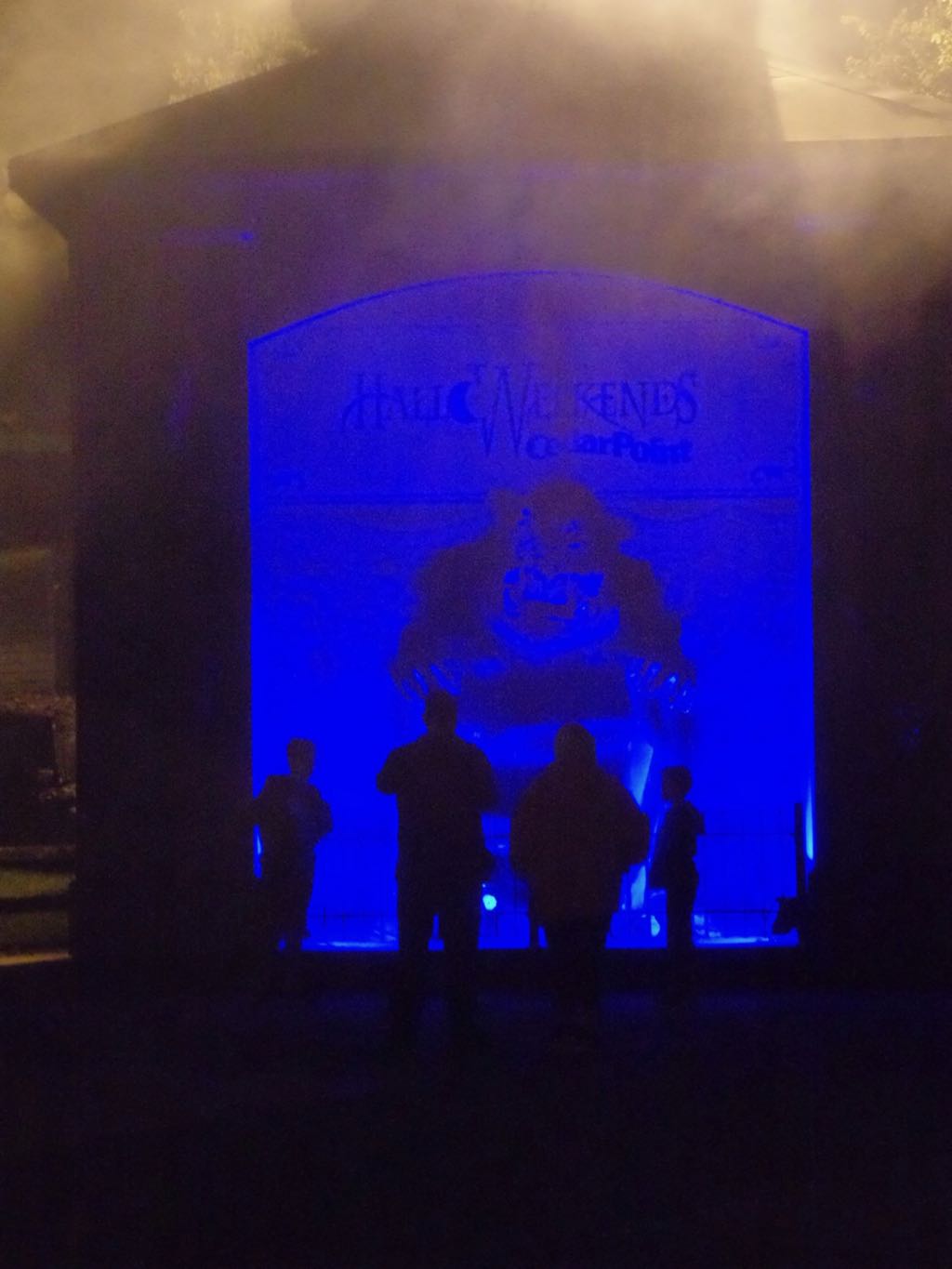 End of the night. Here's the giant troll animatronic, hidden behind a blue scrim for the end of the day, and people gathered around watching it. This is my album cover. 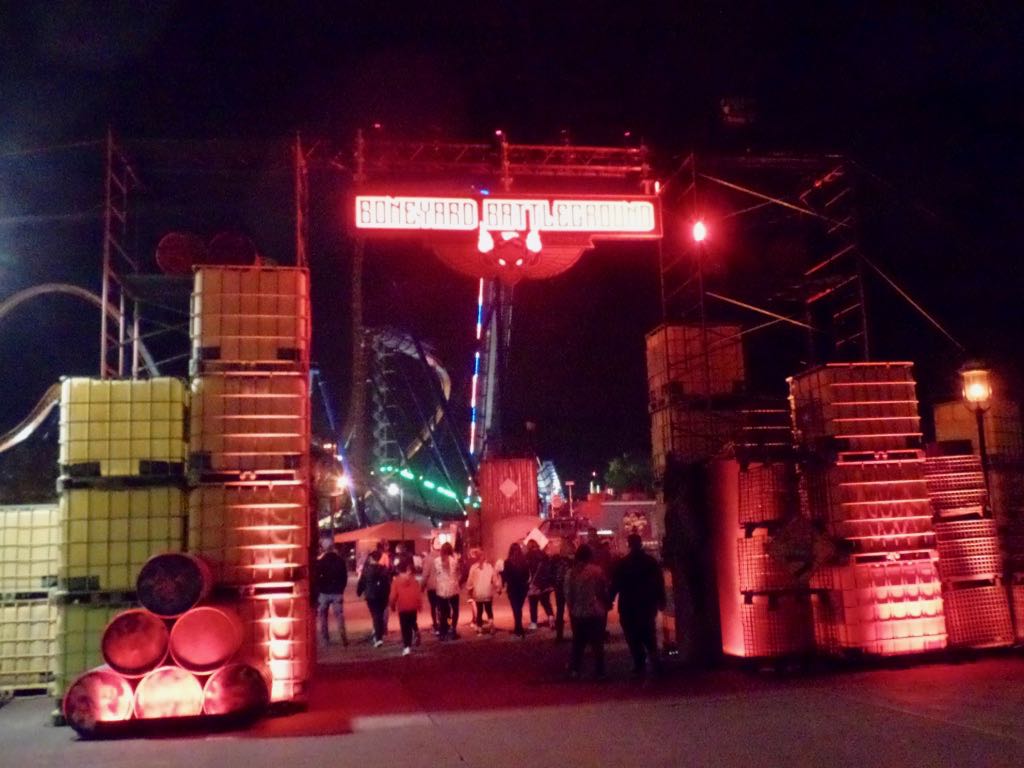 Entrance to the boneyard Battleground when nothing's going on and the crowds have dispersed. 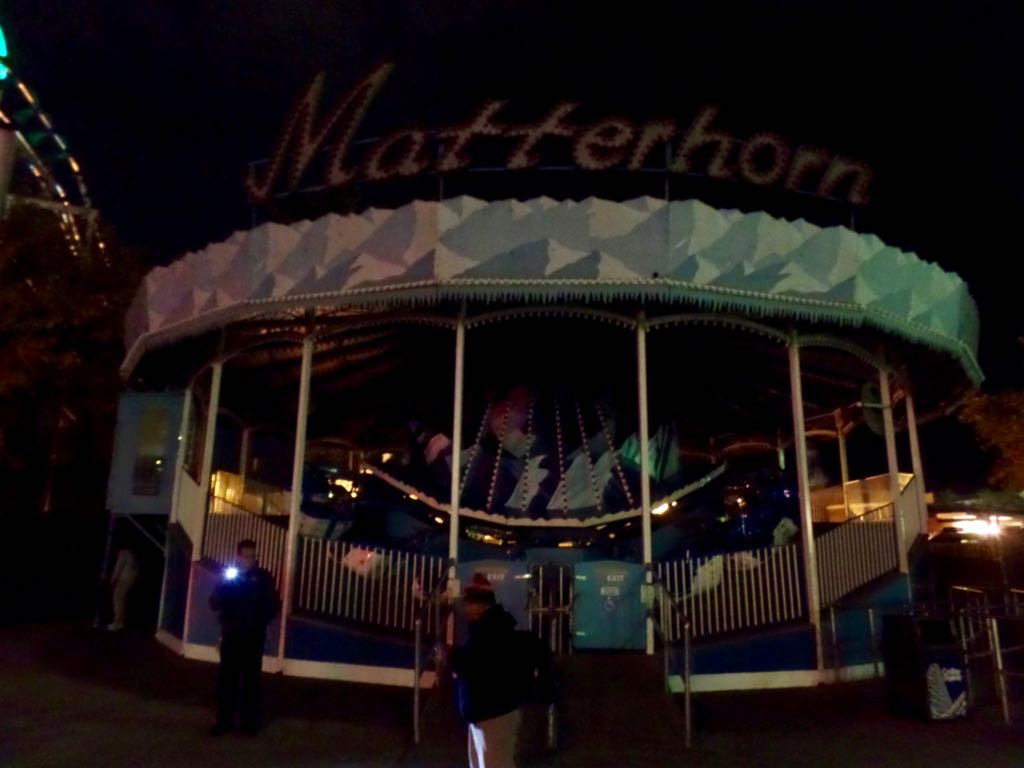 And here's Matterhorn seconds after they turned out the last lights. 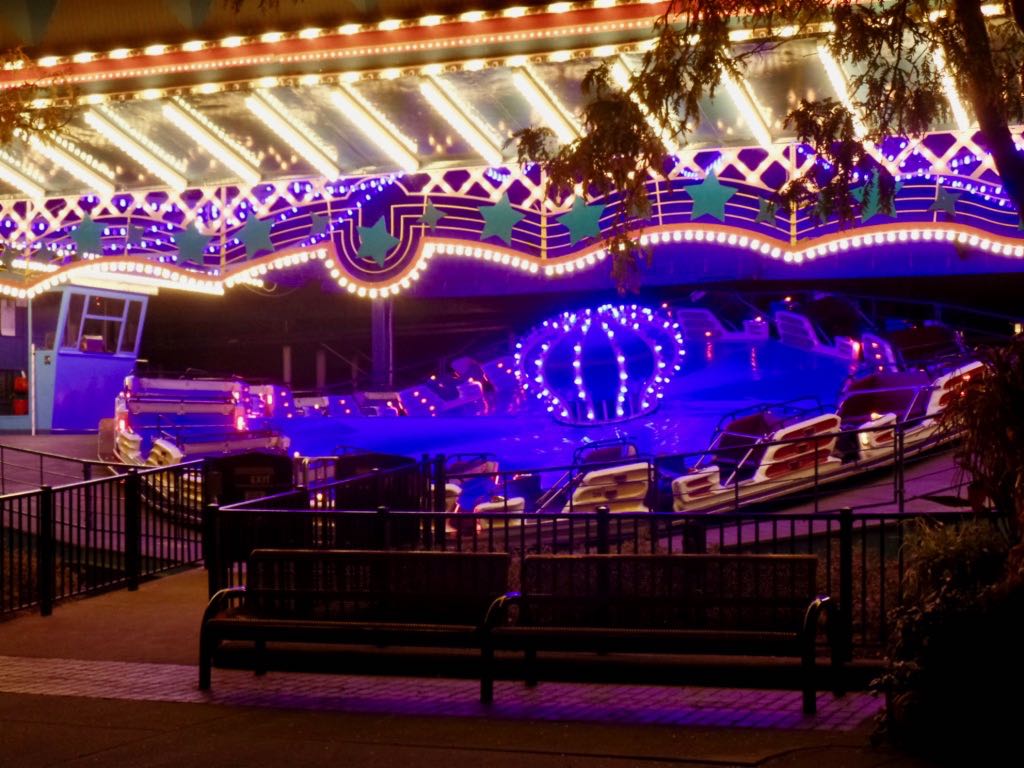 The Super Himalaya, which is not quite the same ride as Matterhorn but is pretty near it and also always seems ready to be renovated away, still had its lights on for whatever reason. The purple lights make for a really nice haze. 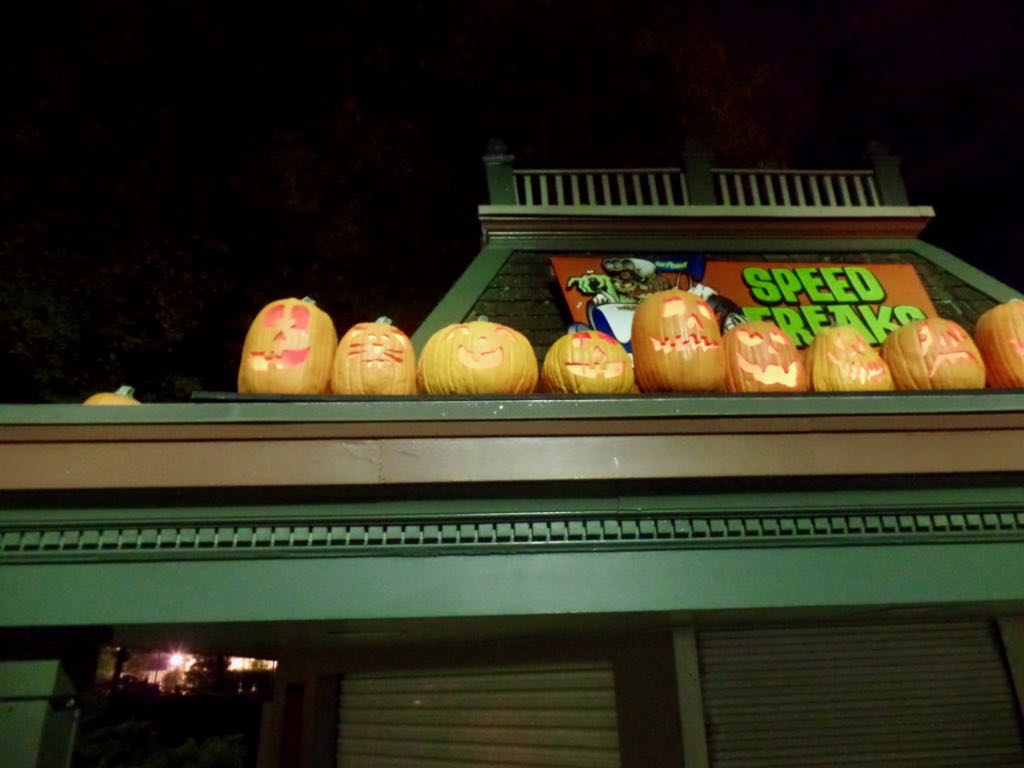 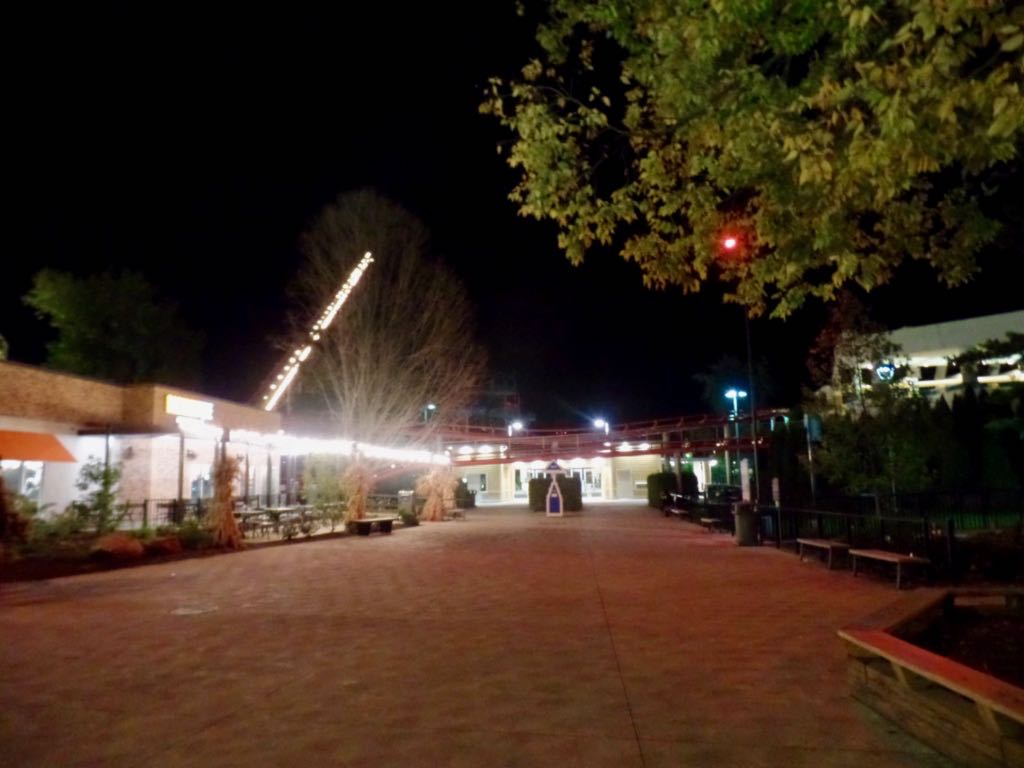 And the path to the Hotel Exit, our last view of Cedar Point for our Halloweekends visit in 2019. And, as it happens, since then. We had idle thoughts about maybe coming back for closing day of the season, the next Sunday, but did not.

PS: My All 2020 Mathematics A to Z: Yang Hui, my most ambiguous biographic post yet.