And take one last look

I got around, finally, to writing on my mathematics blog last week. Here's what it looked like:

The last weekend of October 2019 we made an emergency trip to a major city at the confluence of the Ohio and the Licking Rivers. This because Kings Island amusement park had announced the closure of Vortex, their 1987-built Arrow Dynamics looping monster of a ride. It was at one time the world's tallest full-circuit roller coaster (taking the title from Busch Gardens Williamsburg's Loch Ness Monster), and in its time it held the record for most inversions on a roller coaster (taking that title from Darien Lake's Viper). We drove down to C-town on Saturday through all the rain in the world, and stayed at a nearby hotel so we could get in first thing in the morning. Our season passes for Cedar Point and Michigan's Adventure extend to their sister park Kings Island and we could even get early admission. 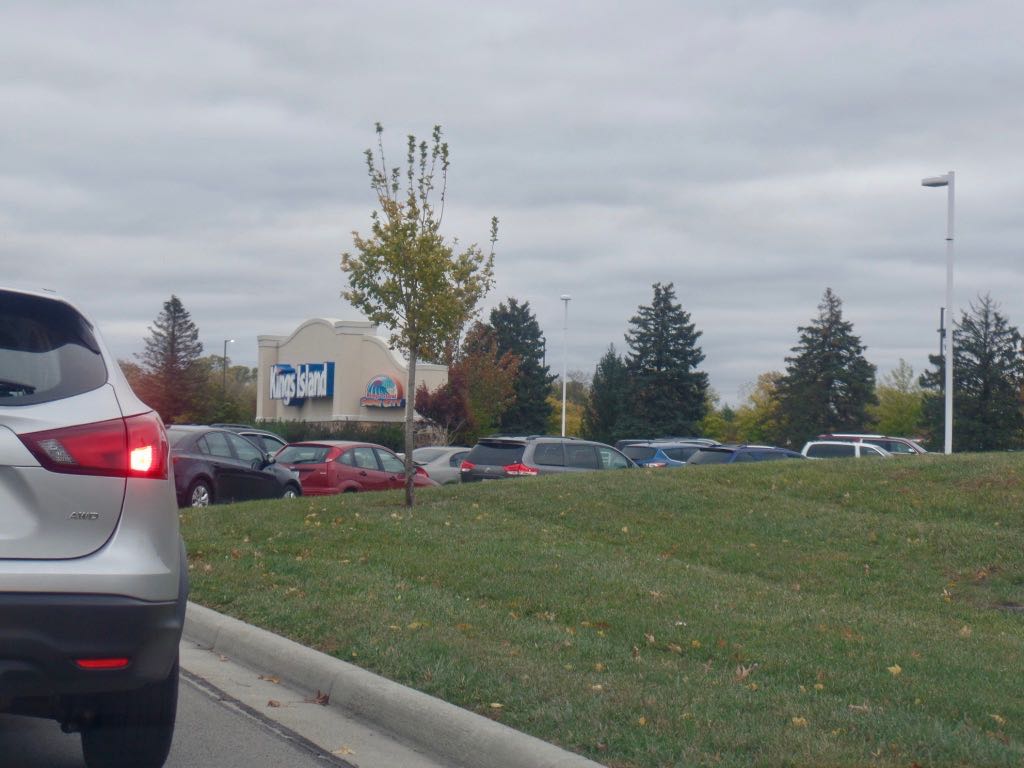 Line spilling out onto the street! They had not opened the parking lot when we arrived. Also, they opened everything a half-hour later than we imagined, which was a lucky misunderstanding on our part as it meant we got up in time to be there, like, almost at the front of the line. 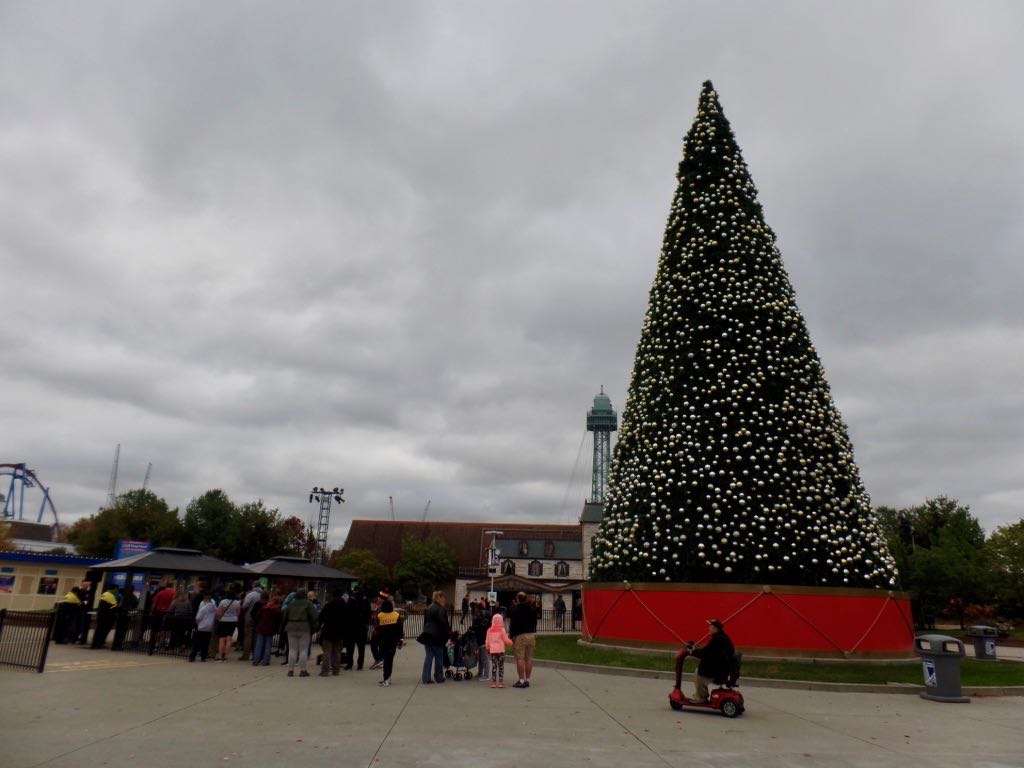 Kings Island was already getting ready for its December holidays shows and we considered, you know, we might make it if we have a free weekend in December, which we did not. (They are having nothing this year, even though all our weekends are free.) 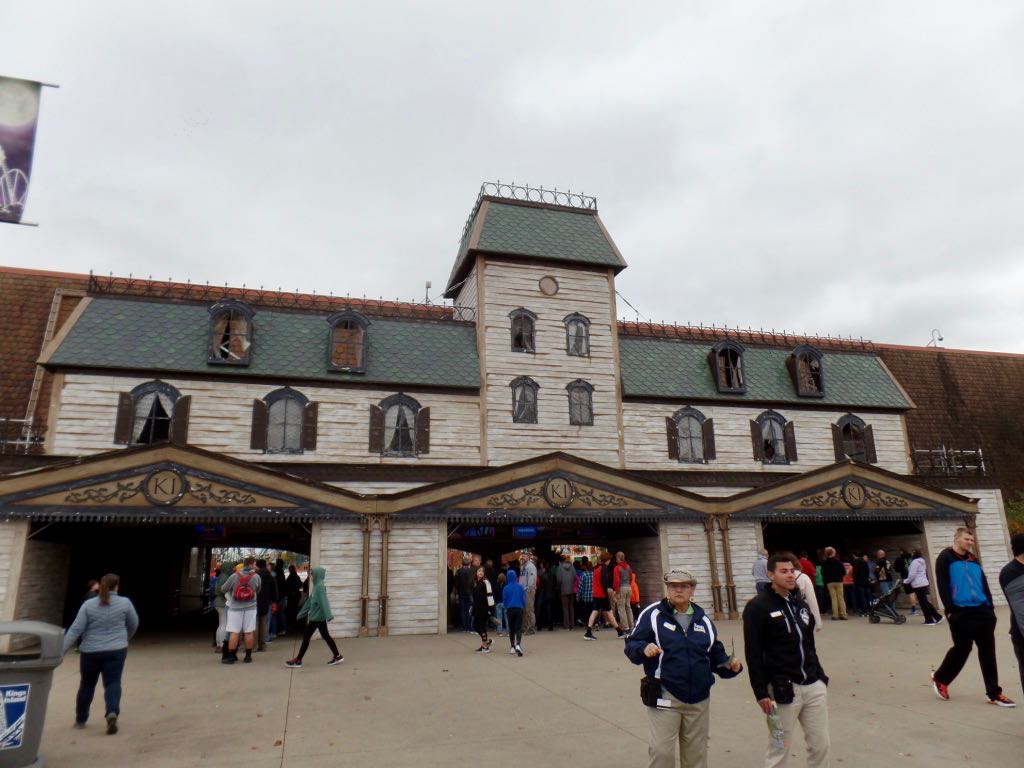 They put up a haunted-house facade over their entrance gates, something not done at Cedar Point and a great bit of theming. Part of what tempted us to come down in December was wondering what they'd do for that. 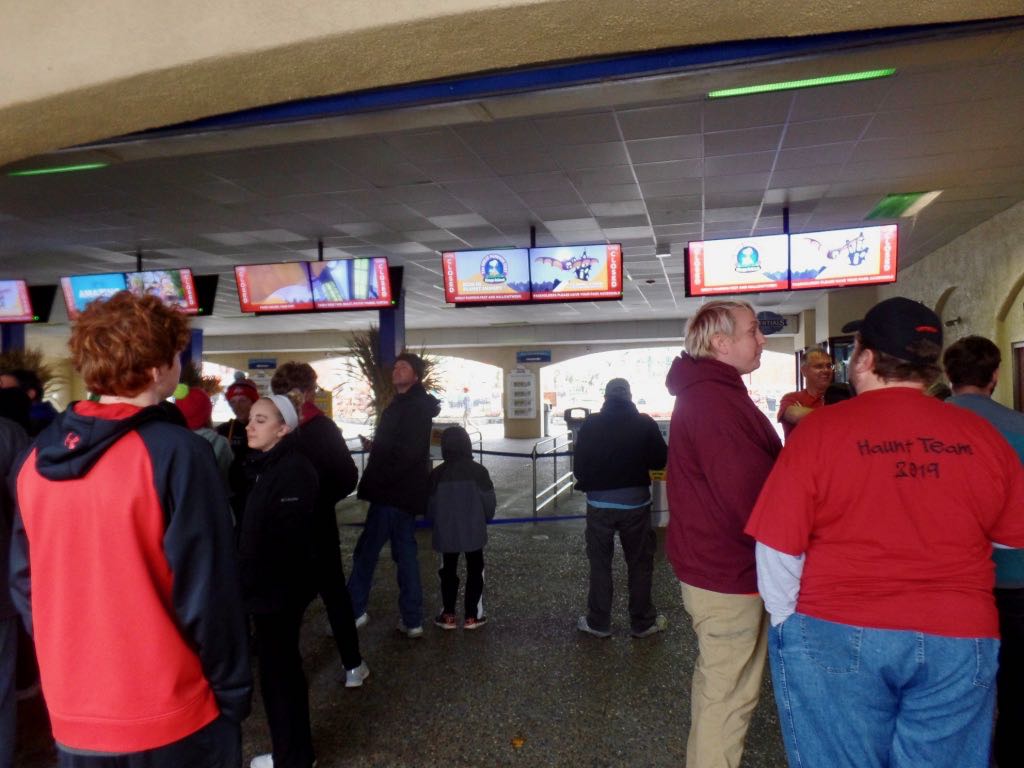 Waiting at the gates, ready for early admission. Notice someone there in Haunt Team 2019 T-shirt; there were off-duty park employees and employees from other parks come to Vortex's farewell. 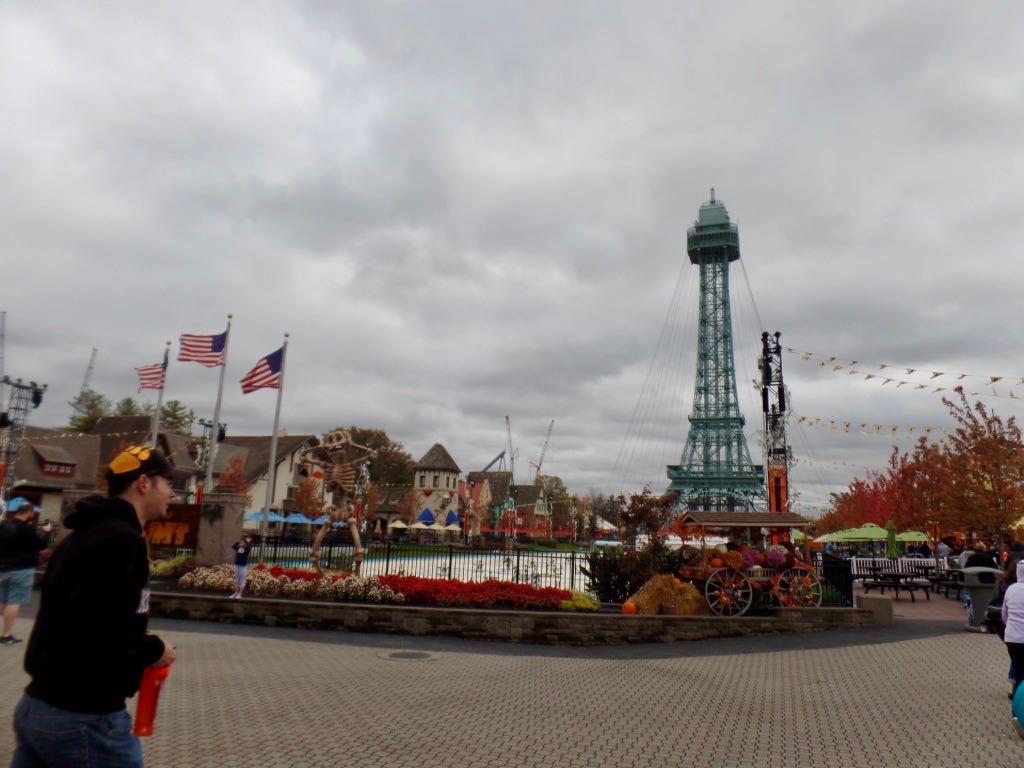 And they let us in! We go quickly pass the main midway and their one-third-scale Eiffel Tower as we rush to Vortex, near the back of the park. 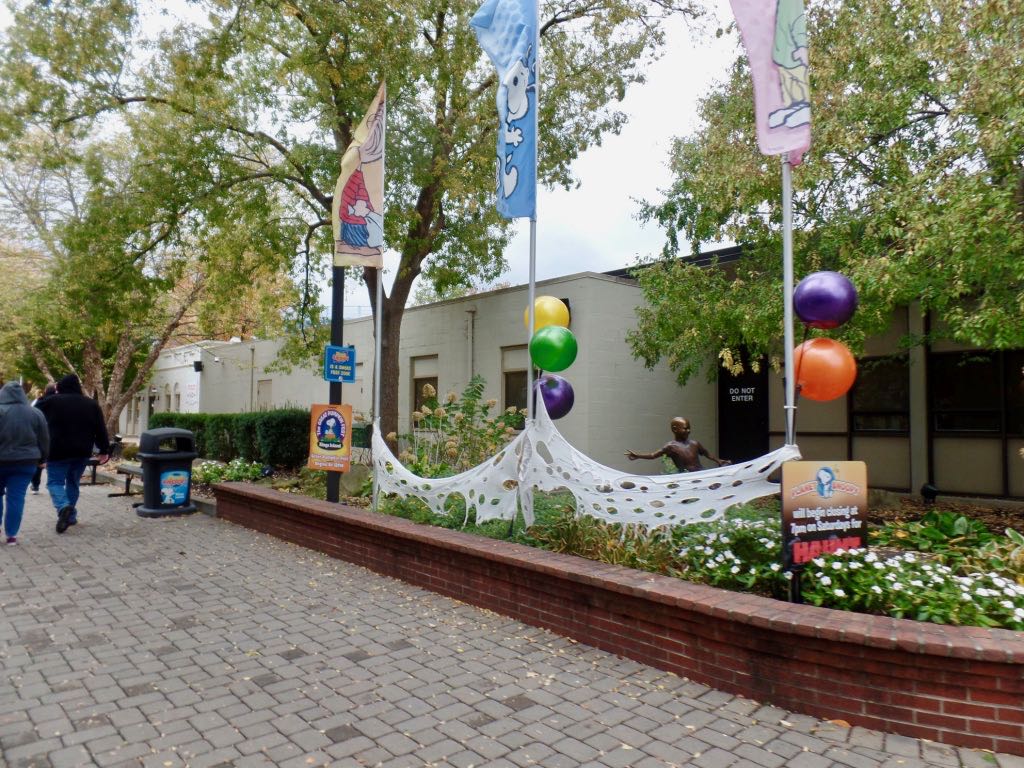 Although I'm tagging this Halloweekends, at Kings Island the festivities and decorations and all are just called the Haunt. The kiddie part of the activities are still called the Great Pumpkin Fest, as at Cedar Point. 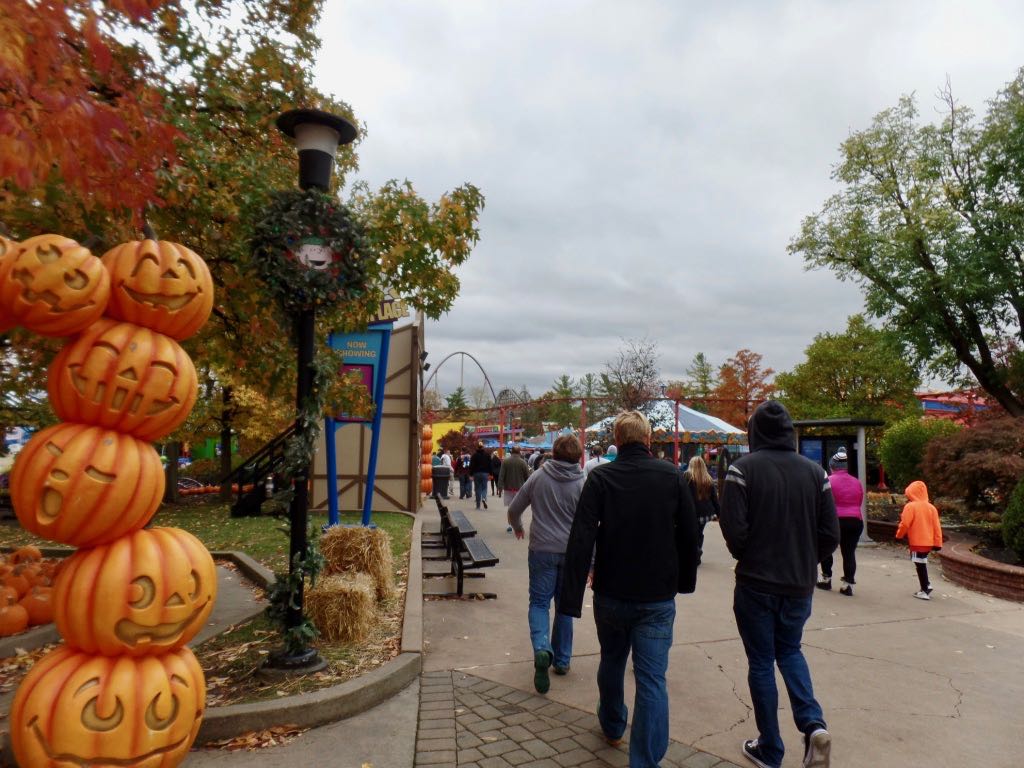 More decorations and you see the stream of people making their way to Vortex, which isn't yet visible here. 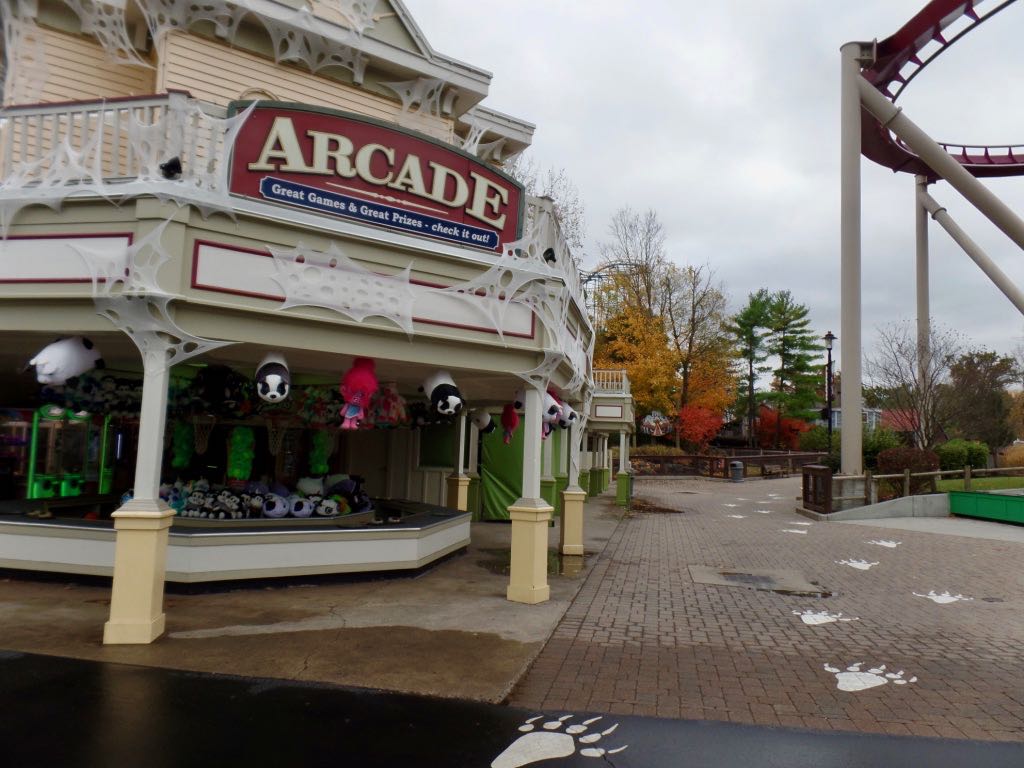 The tracks on the ground here lead to The Beast, Kings Island's iconic and should-have-been-a-fiasco wooden roller coaster. 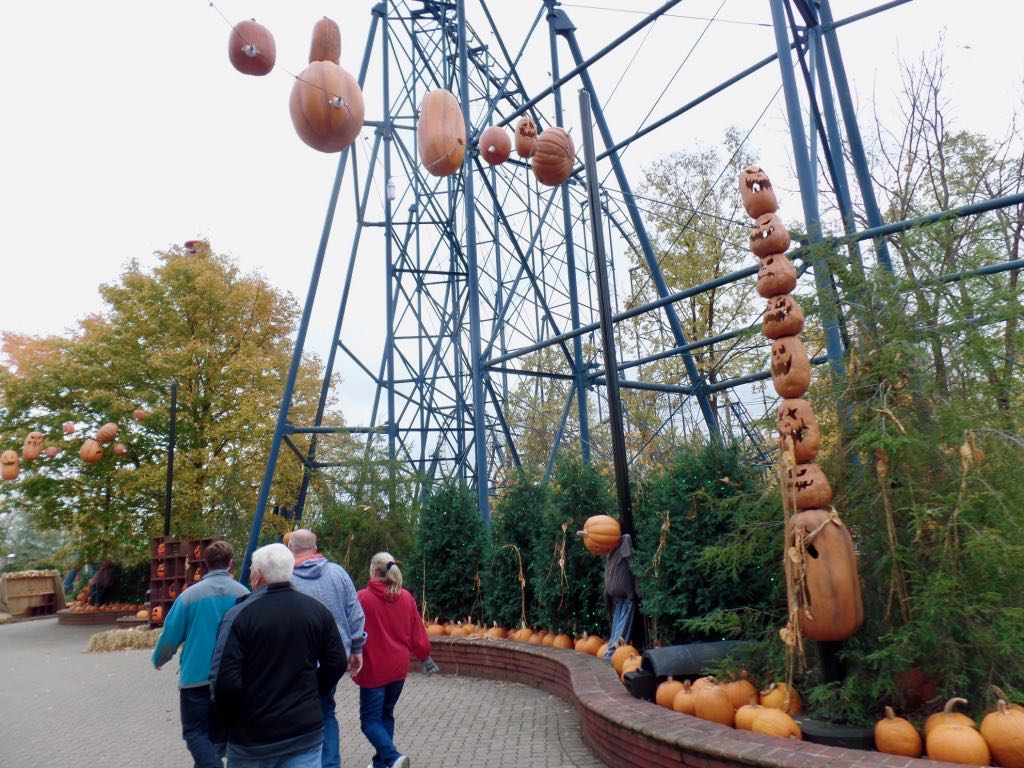 Now we're getting near the Vortex! And a lot of pumpkin towers. 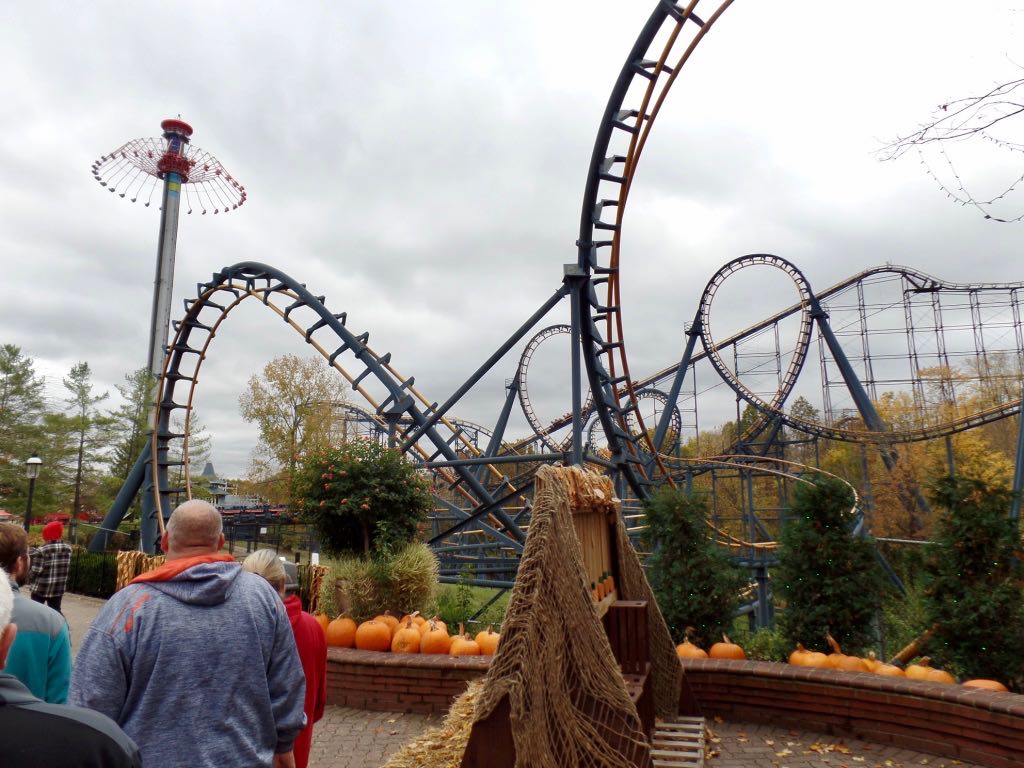 Here we go! They don't make roller coasters like this anymore, since they model roller coasters with CAD/CAM tools instead of by throwing a heap of cooked spaghetti on a plate and building that. 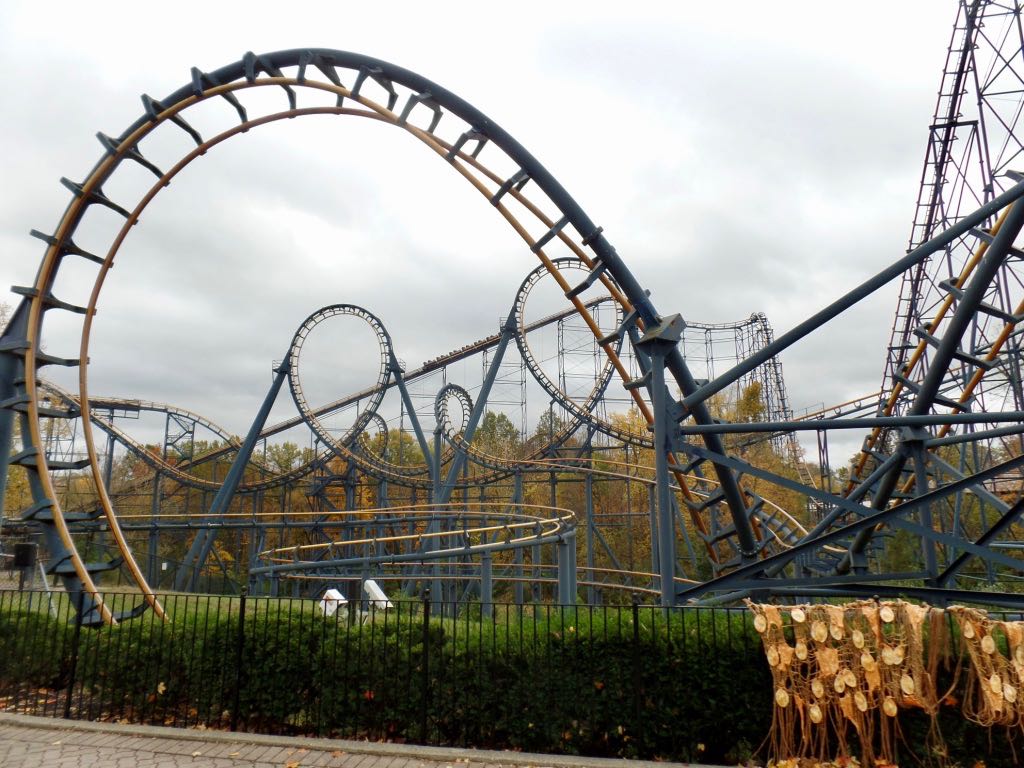 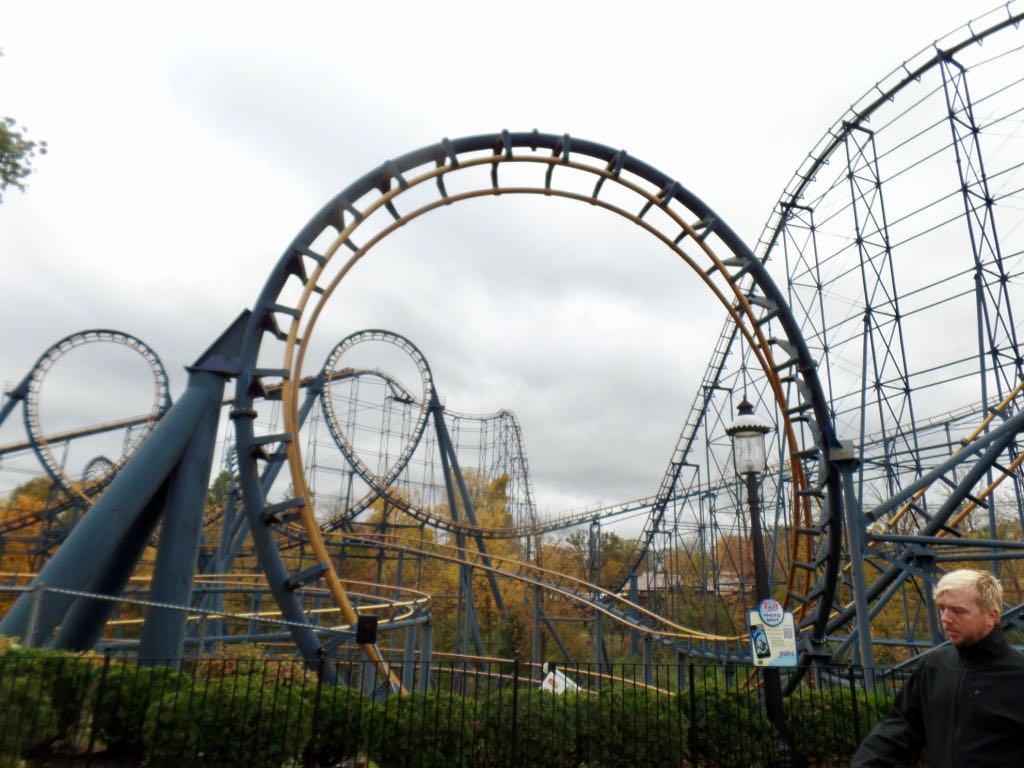 Another shot of that test train ascending Vortex's lift hill, and a whole mass of inversions as well as planes of focus, plus David Byrne come out to disapprove of Vortex being torn down. Notice there's a Scenic Spot recommending photographs there, too, although we didn't get photographs from just that spot.

Trivia: Construction on the (still-standing) Doge's Palace began in January 1341 under the architect Pietro Baseggio; work would continue for the next 82 years. Source: A History of Venice, John Julius Norwich.