At the place that you are leaving

The last thing we did before quarantine --- still holding OK --- was drive to Brooklyn. Brooklyn, Michigan, is a onetime tourist-trap zone. Its glory days have apparently receded, although the Spite Towers were saved from demolition. They also have the Michigan Speedway, which for several years now has hosted what they claim is the state's largest outdoor lights display, hundreds of light displays set up in a five-mile-long path through the grounds of the Speedway. We had no idea about this until they started advertising on our local stations. And given how many things we can't do, driving the hour-or-so to drive around for an hour looking at stuff was just right.

We went on a Wednesday, the middle of the week. This was probably wise. The entrance queue was a long, seemingly never-ending, twisty maze of lighted paths with only the occasional snowman or light show advertising a local sponsor to break up the monotony. Apparently on a busy weekend there are waits of two or three hours just to get in, and the queue space suggests they're not fibbing. We got to wondering if we would ever see the entrance booth but yes, finally, finally we got there. Also they had concessions so we didn't need the kettle corn

bunny_hugger had popped at home, but that's all right.

This was a great time, though. It'd have been one even if there were other things to do. But this was a lot of light show, pretty densely packed. (Yelp People complain that at the old venue it was more densely packed and better for that, which might be so.) Most spectacular was a long arch of lights, a tunnel one drives through, with a lot of different multicolored patterns and the signs warning to not stop in the tunnels. It's a bit dizzying; some of the patterns are reminiscent of the spiralling tunnel patterns you see in funhouses.

We recognized only a few lights from Crossroads Village or from Bronner's, to our surprise. I think the only one might have been Old Man Winter blowing frosty cool air, and even this was a different model, an LED one with less sparkle but a more solidly blue light. Michigan Speedway had a Twelve Days of Christmas progression and none of them were any of the decorations we see at the Crossroads Village train ride. (The train won't be running this year, another disappointment of a sad year.) And there were a lot of animated displays, most of them comic, naturally. Also a nice little section of dinosaurs and sea serpents, which we're always up for.

Among the sponsors was the local Christmas-music radio station, which made good accompaniment for the light show. We initially thought it was a low-power FM station just for the show, but no, they just talk about the lights at the Speedway a lot. Good background, though, and also a different playlist from the Lansing-area Christmas-music station somehow. Really would have thought they were all running from the same list.

And that's the last time we've gotten within six feet --- heck, within conversation range --- of another person. Hoping we'll be able to get to

And now my excessively detailed photo tour of Kings Island, and the final day of the Vortex roller coaster, resumes. Next up: actually seeing Vortex! 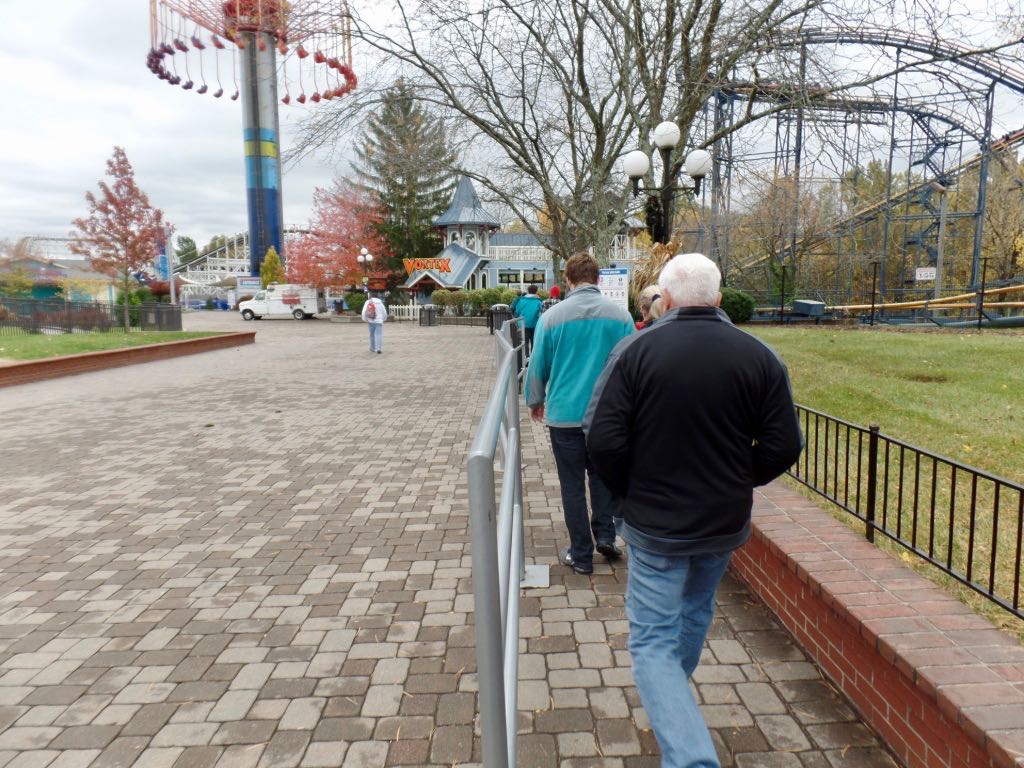 The line begins! They set up this temporary barrier outside Vortex's queue for the day. 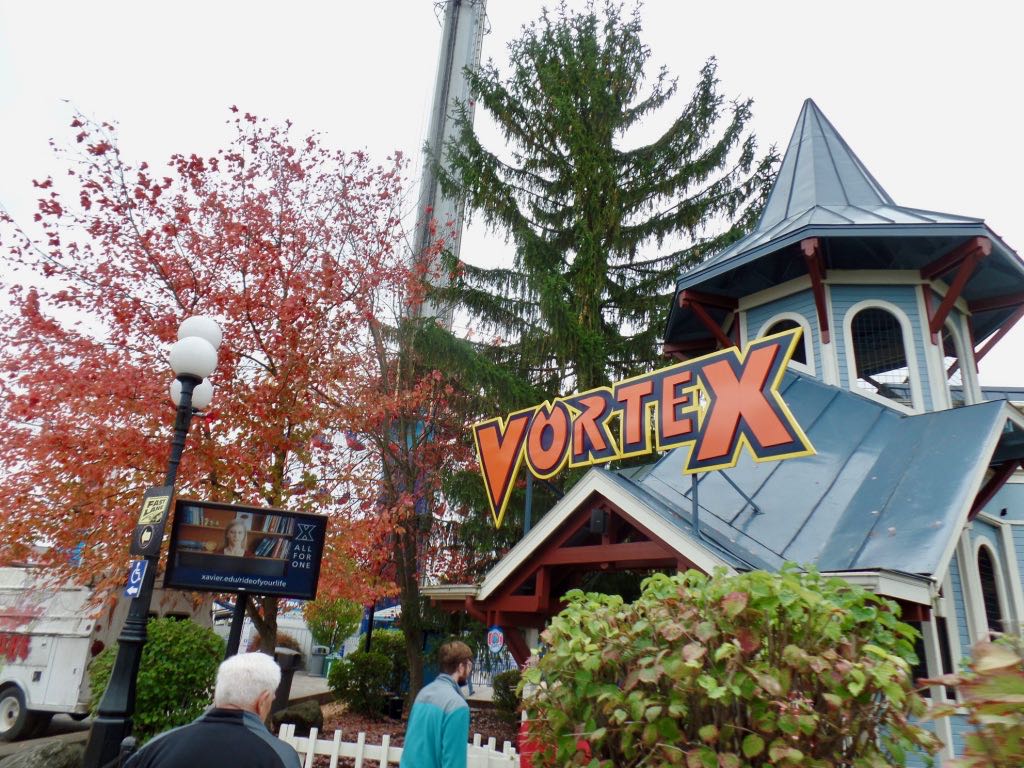 Vortex's station is this vaguely Scooby Doo-ish peaked building because it was built in the early 80s for a short-lived roller coaster named The Bat. So that's why the belfries. 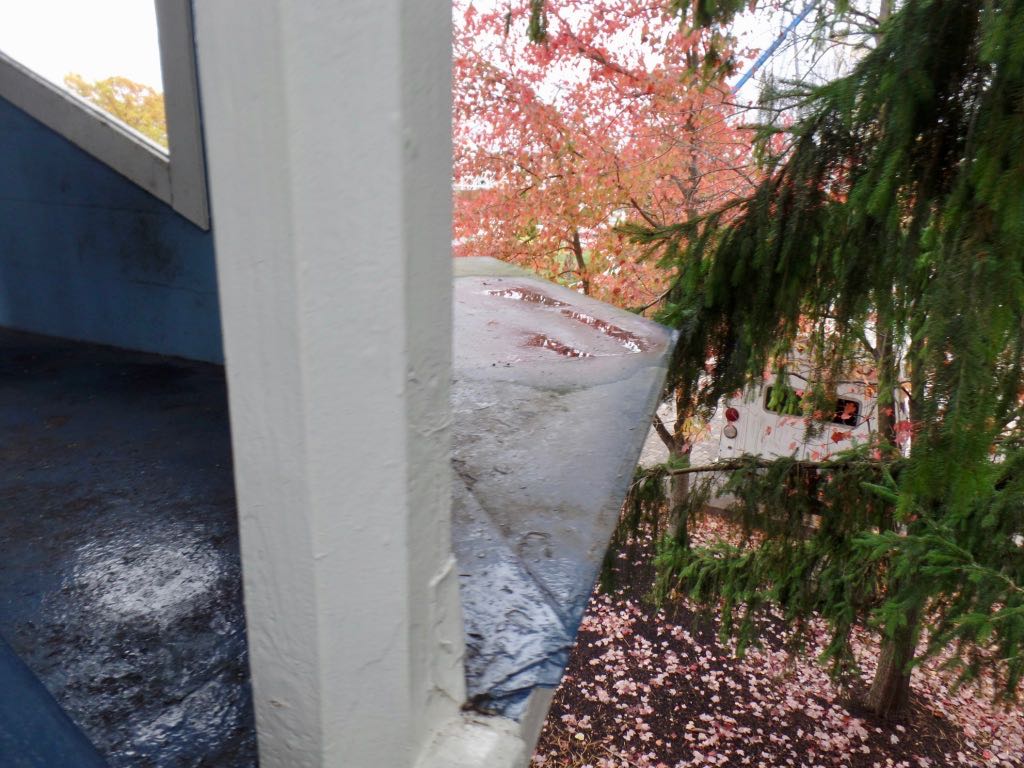 Looking out from Vortex's queue as we approach a belfry. It may not be a very interesting shot but I figured, you know, we'll never see it again. (The station was demolished as part of the area renovations.) 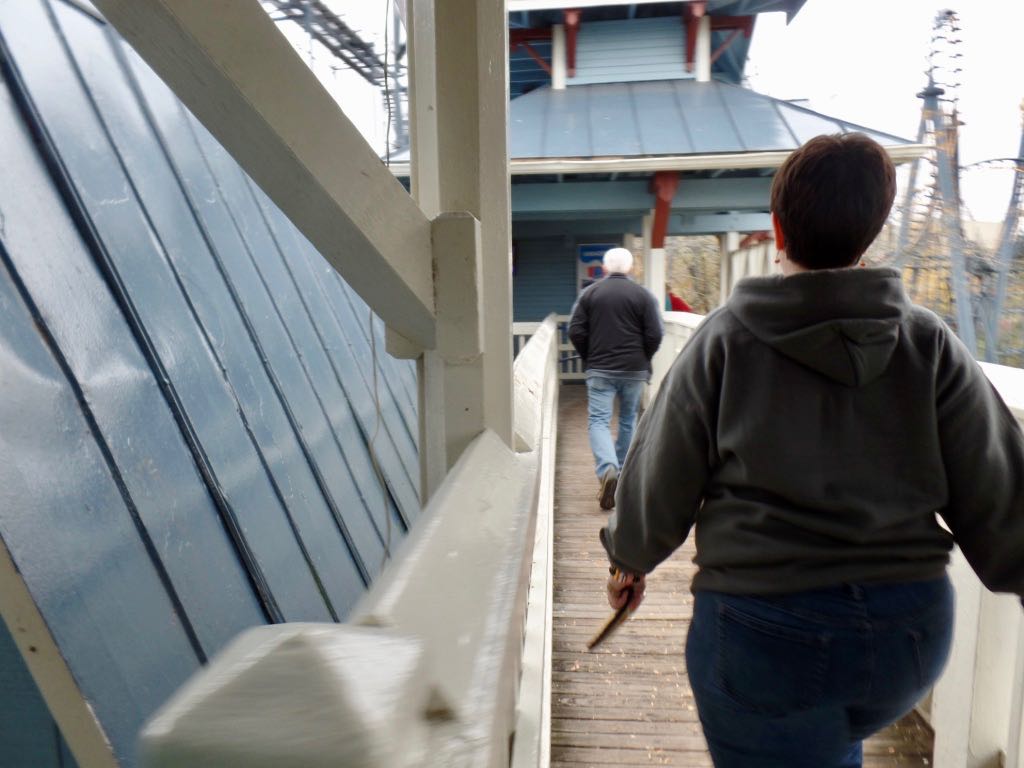 Hustling from the belfry to the station. You can see one of Vortex's loops on the right there. 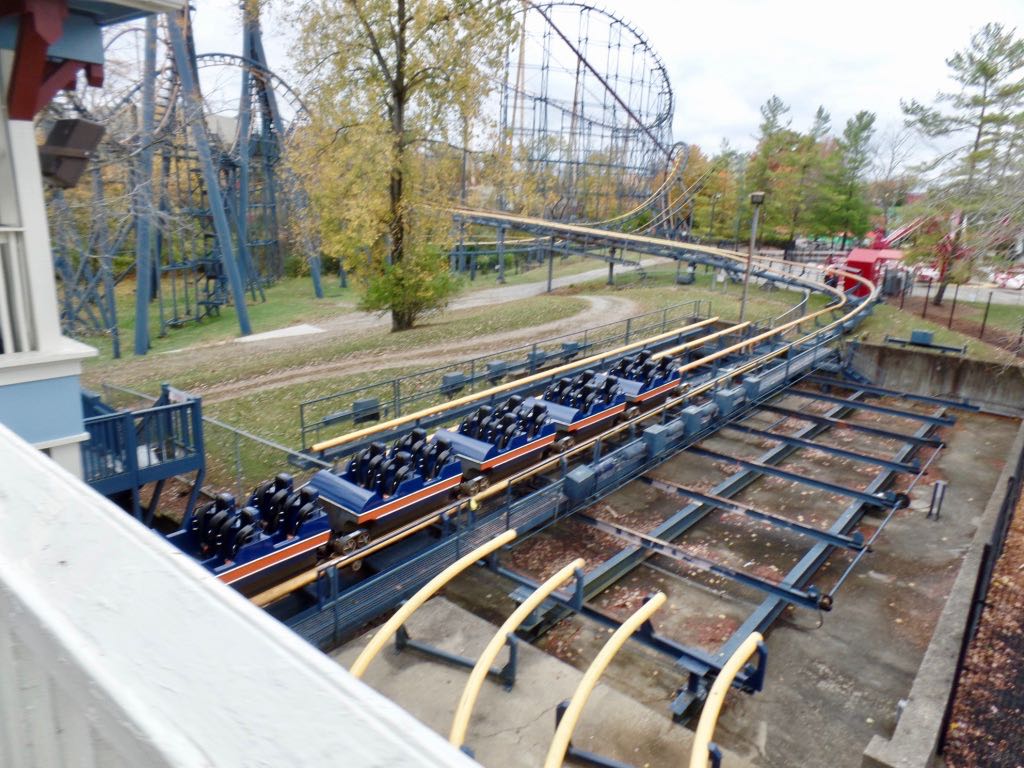 Vortex test train arriving. We were there not ten minutes after the start of the park's day, among the first people who could ride. 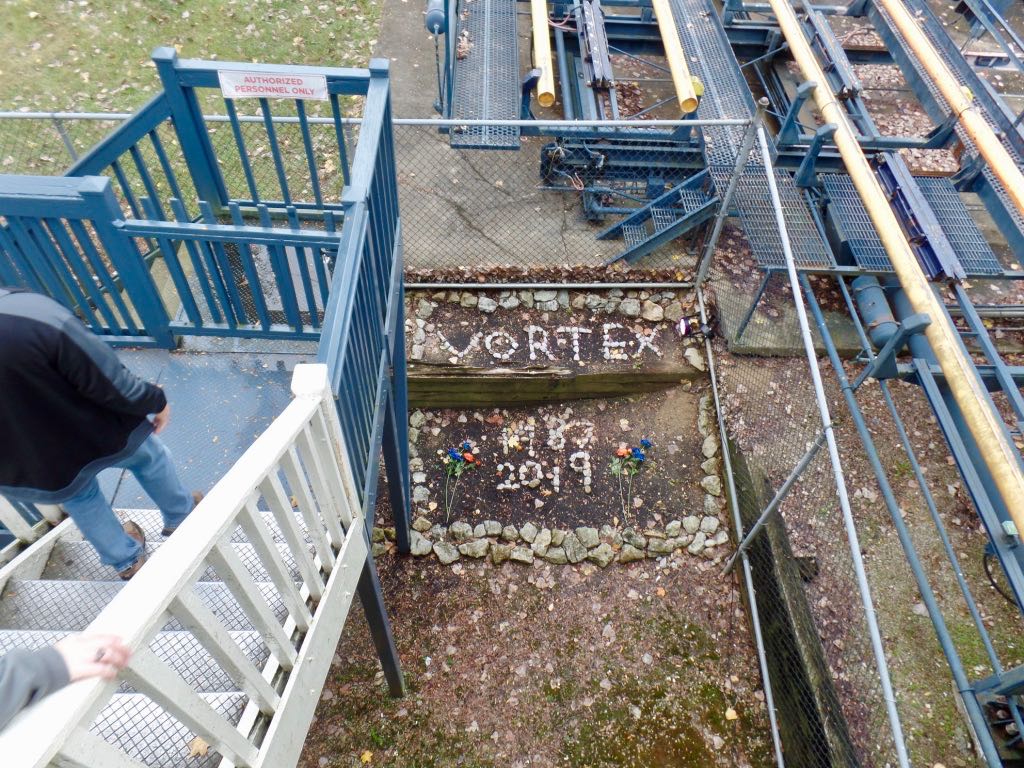 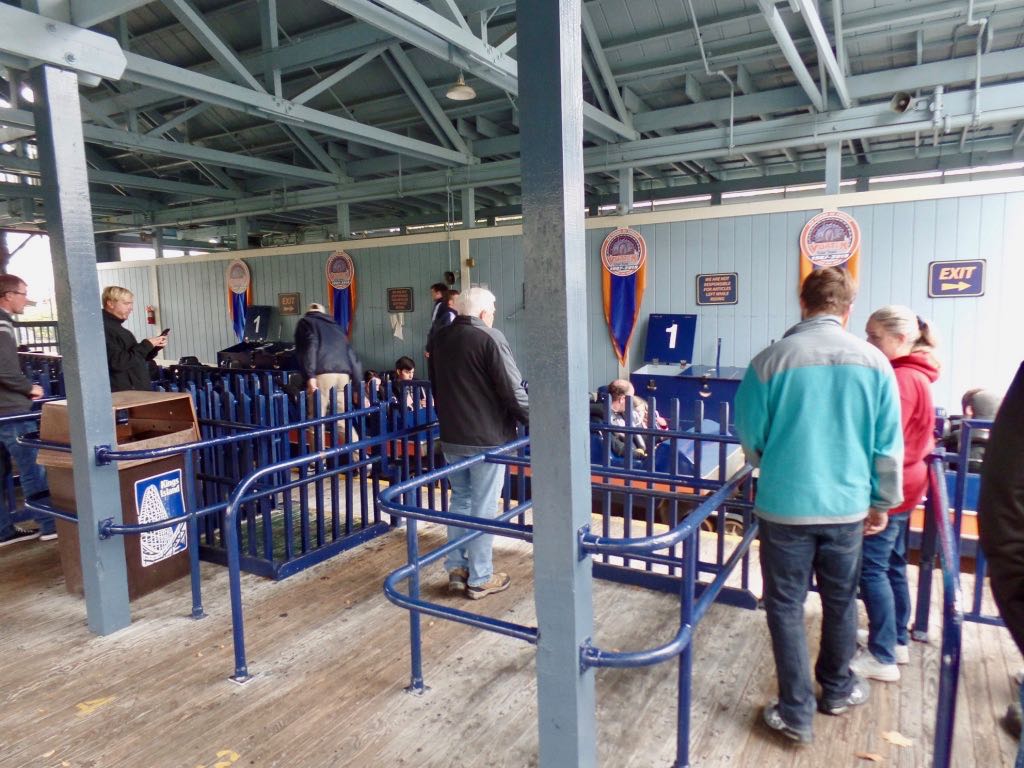 And the queues! We waited for a front-seat ride because we figured this was our best chance all day. 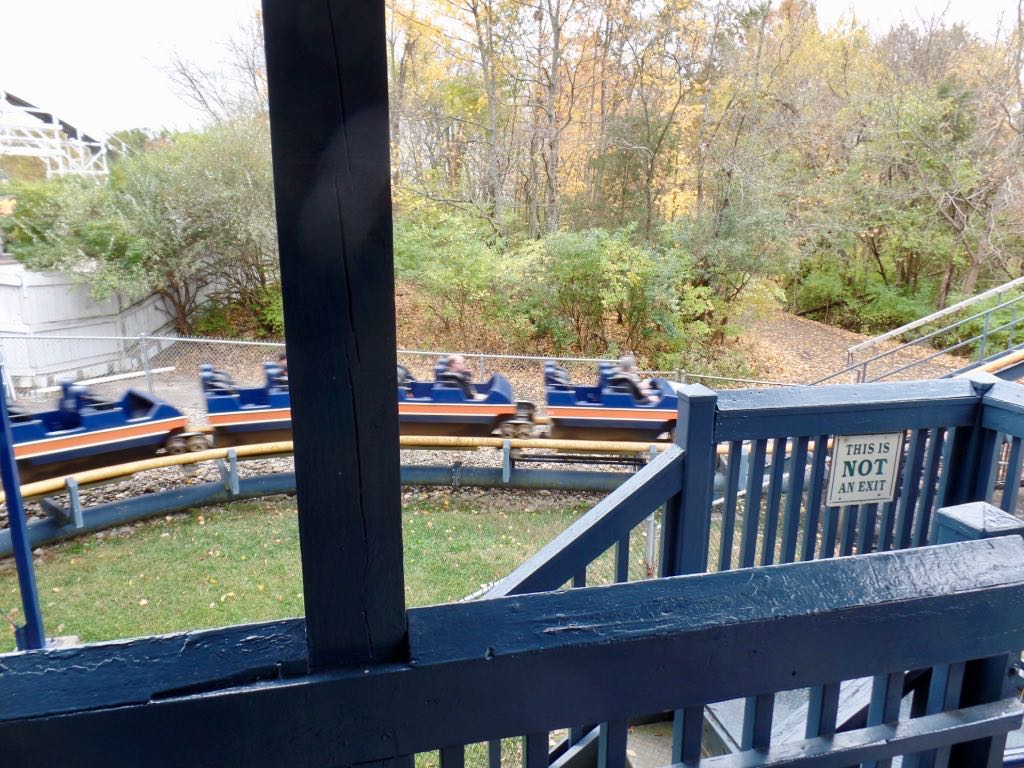 First train dispatched! And you can infer how many people would wait for a front-seat ride given their best chance. 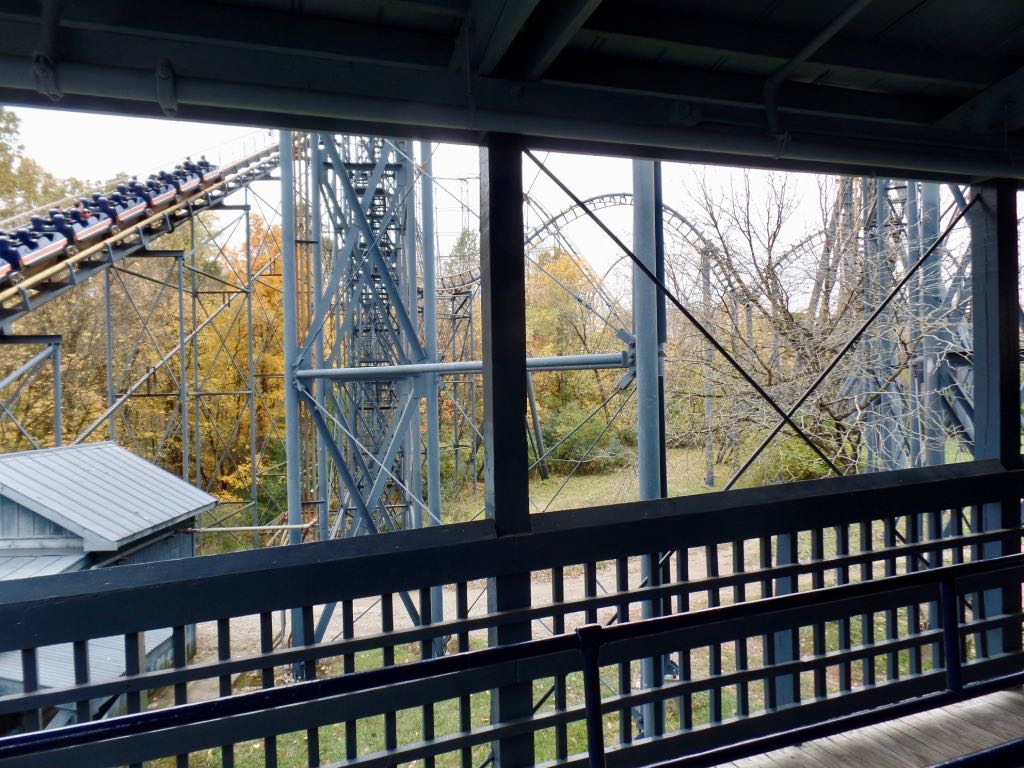 There's the train ascending the lift hill, and you can see more of the ride in the background. 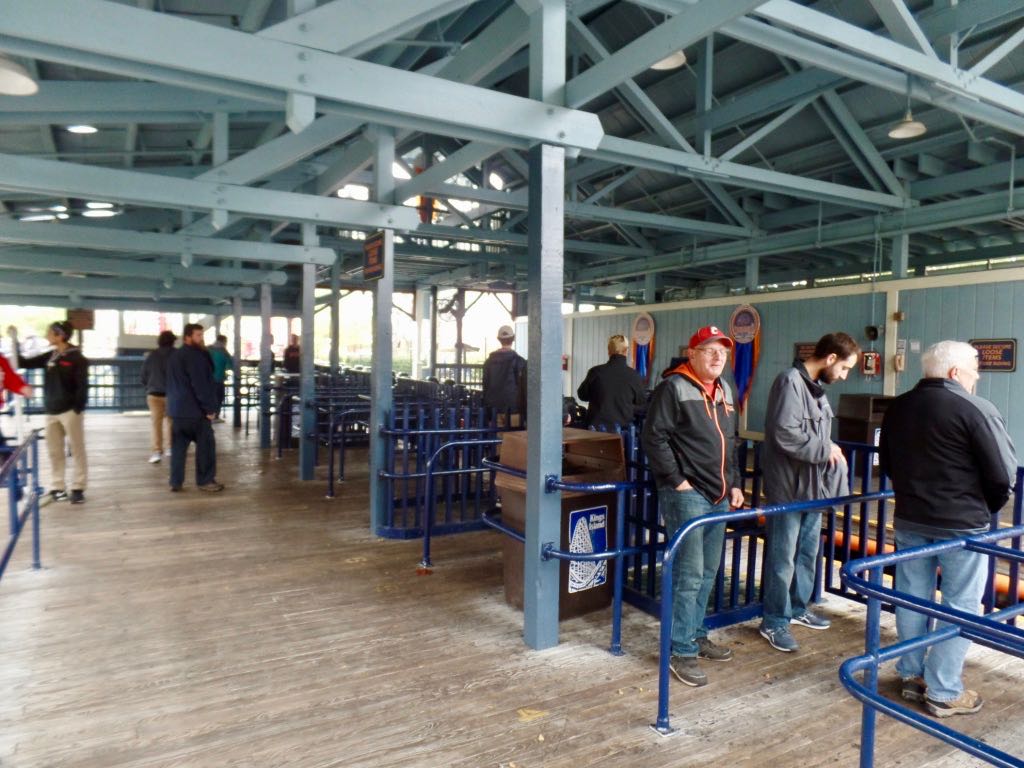 Some people weren't going to wait for a front-seat ride and I respect their choice to, I assume, go for a number of rides instead. 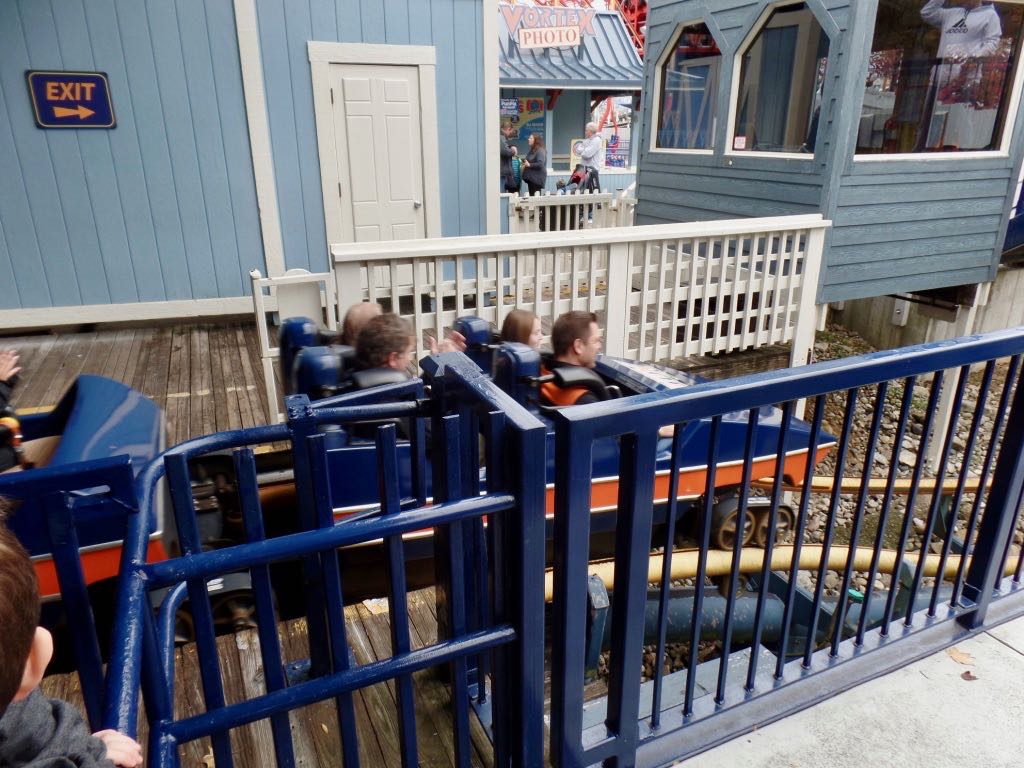 Train ahead of us launching. You can see the ride photo booth in the background. 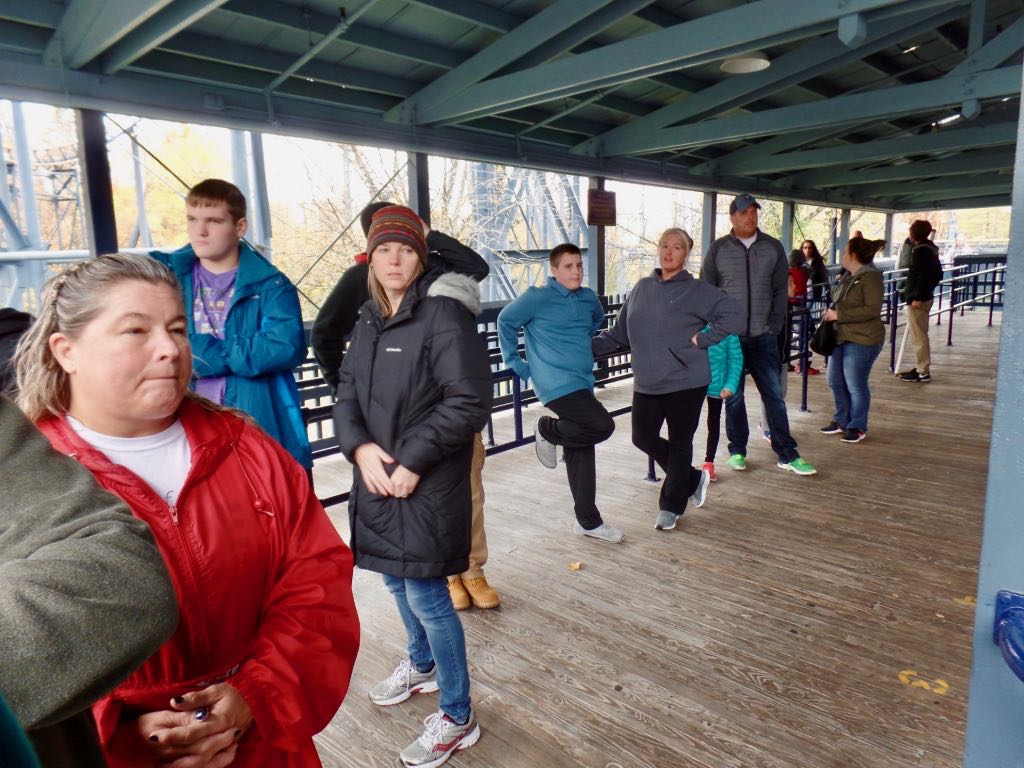 And here's the front-seat queue behind us, about six ride cycles deep already.

Trivia: Scotland adopted the 1st of January as the start of the legal year from 1600, though it remained on the Julian calendar. Source: Marking Time: The Epic Quest to Invent the Perfect Calendar, Duncan Steel. (And yes, that meant that nearly a third of the year disagreed about what the year was with England, which started the legal year the 25th of March.)

Currently Reading: The Taste Of War: World War II and the Battle for Food, Lizzie Collingham. So according to this the initial British food rationing, in 1940, was set up without any input from nutritionists which, yeah, that sounds right. (They were set more to what food the British government felt confident it'd be able to supply and Collingham notes that having what looks like an equitable ration delivered reliably did help public confidence that the war was being run by competent people.)

PS: Using my A to Z Archives: Zermelo-Fraenkel Axioms, which gets you into set theory.