Noticed while doing my daily walk: a sign in the front door of a house. ``STOP! Wrong address! Your Tinder date lives on North Clemens. This is South Clemens''. A bit curious how bad the misdirected Tinder dates have been that it's worth printing up a sign, but I didn't dare knock and the door and ask for fear they'd come at me with a blunderbuss full of grapeshot.

Hey, how about the story comics? What's Going On In Gil Thorp? Why did Coach Thorp care where his players sat? September - December 2020 plot recap here.

Now back to the Vortex Farewell Trip as we approach the point where we actually rode the roller coaster. Don't worry, I only have like nine more days of this. 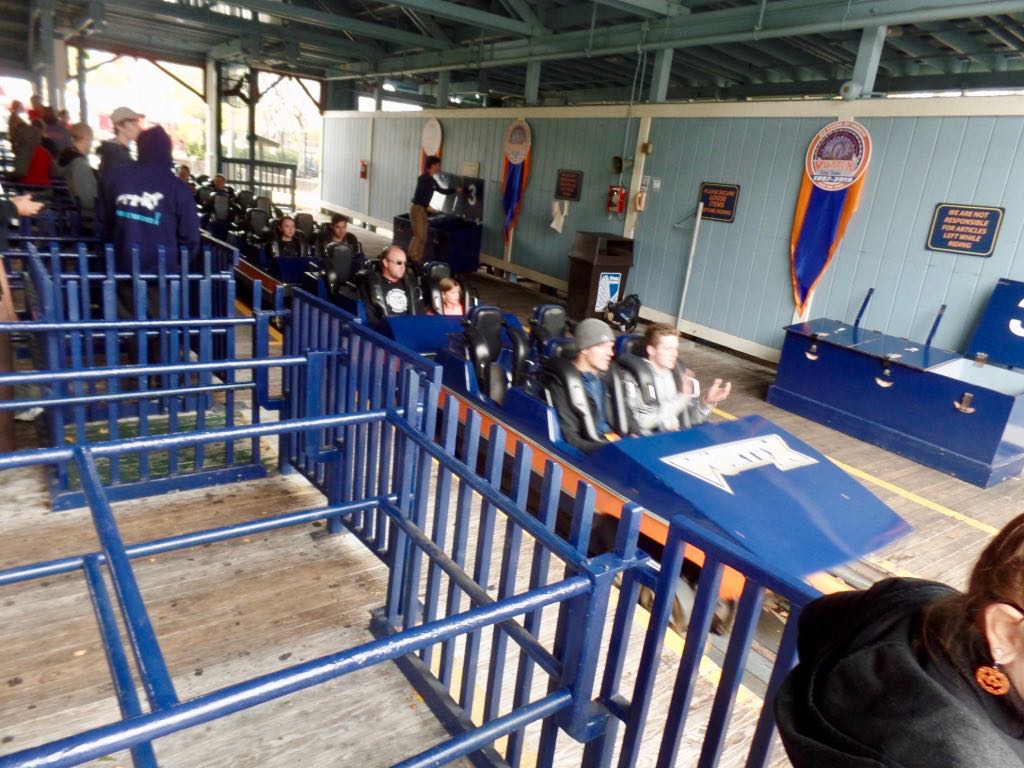 Our train arrives! They were running all three trains on Vortex which is part of why the line could be enormous but never long; that thing eats up passenger capacity. 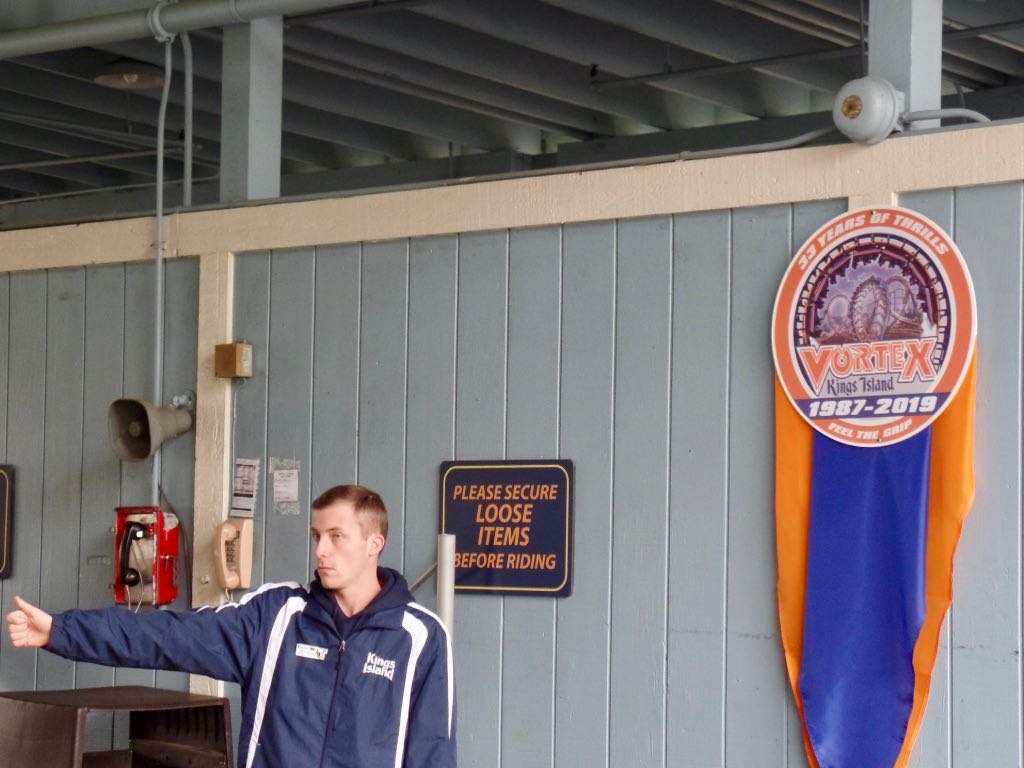 Train about to be dispatched. And the farewell badge and banner for the roller coaster which showcases the old-fashioned Kings Island logo. 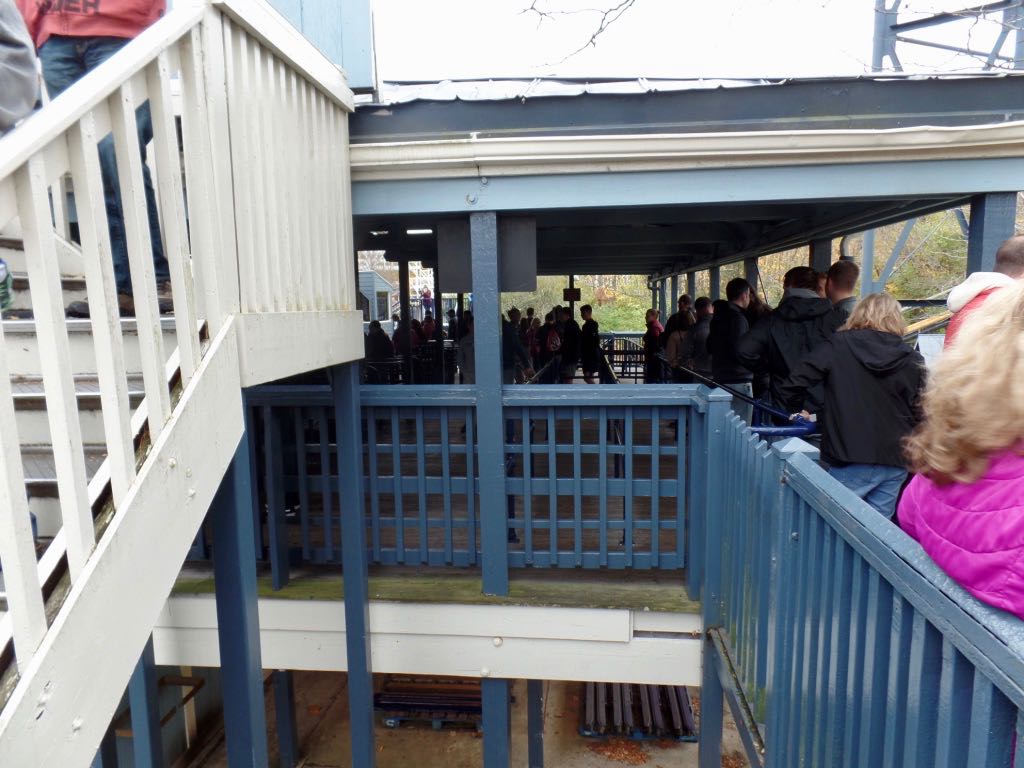 We ran back around for another ride, since it was still early-admission hour. Here we're coming up on the station again. 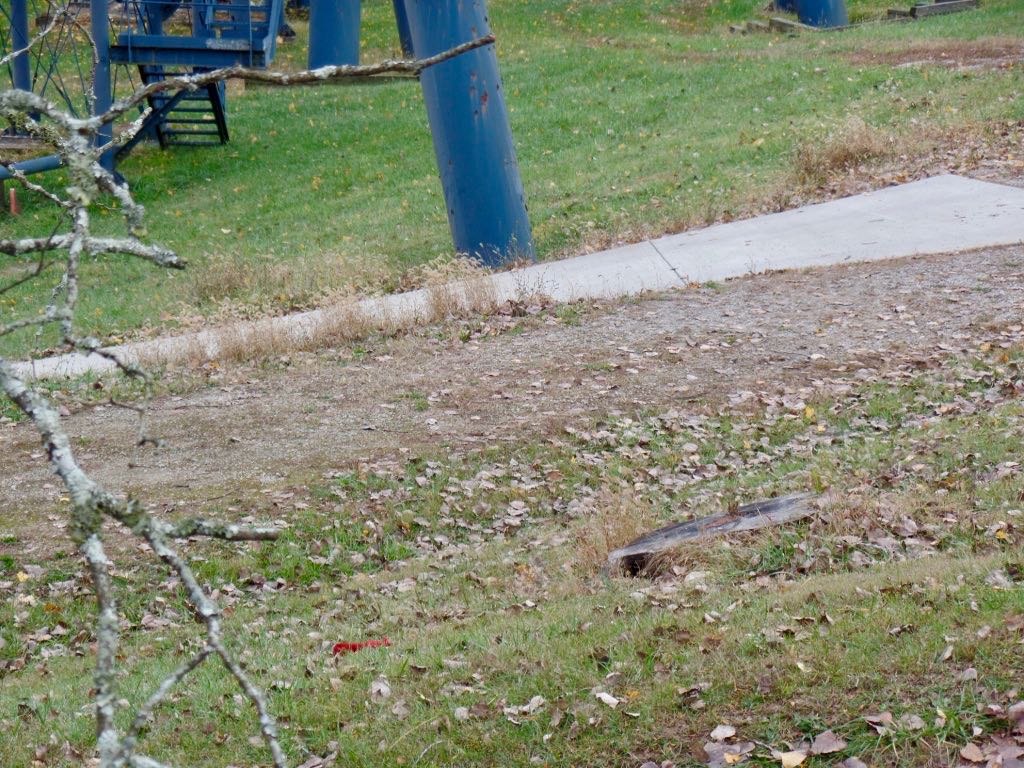 Some of the base of Vortex. And, in the lower right corner, another old concrete pillar that we speculated might be left over from the 1980s Bat roller coaster. 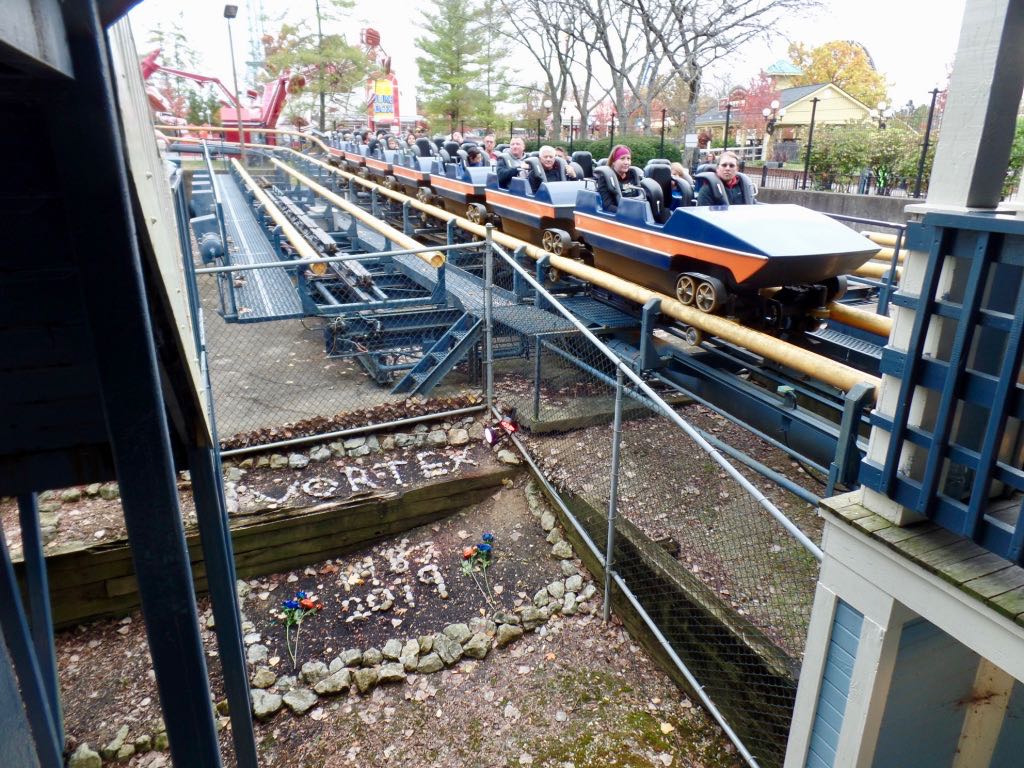 The Vortex tribute stones along with a returning roller coaster. 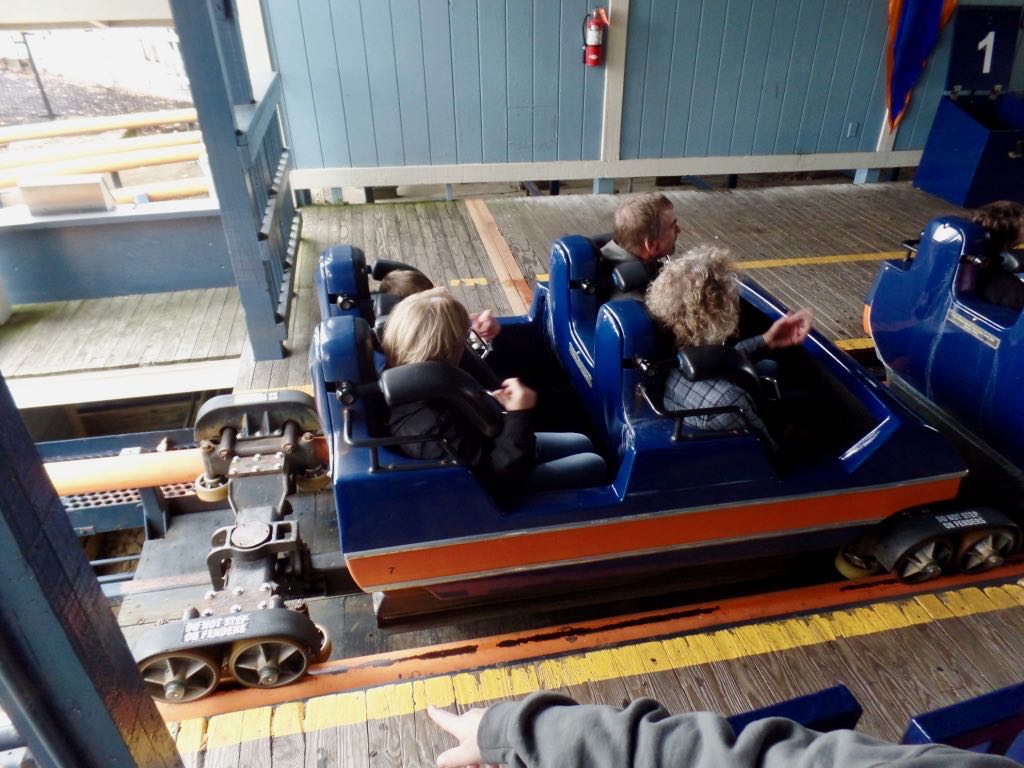 This time we waited for the back of the train. 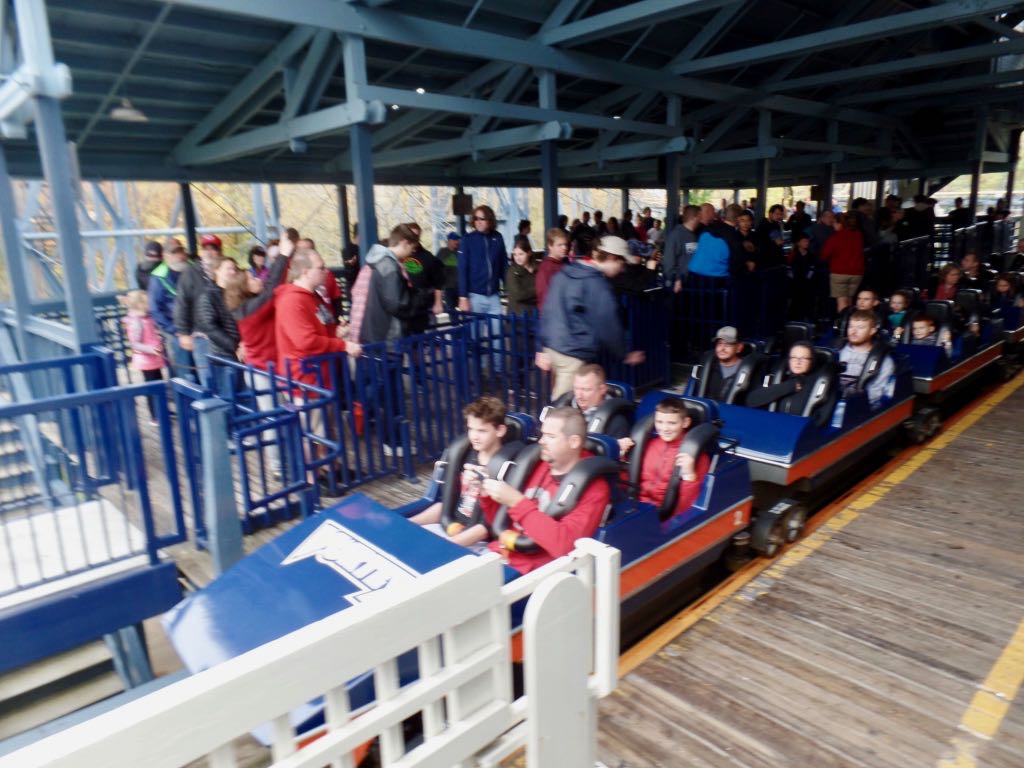 The next train doing the safety checks before dispatch. 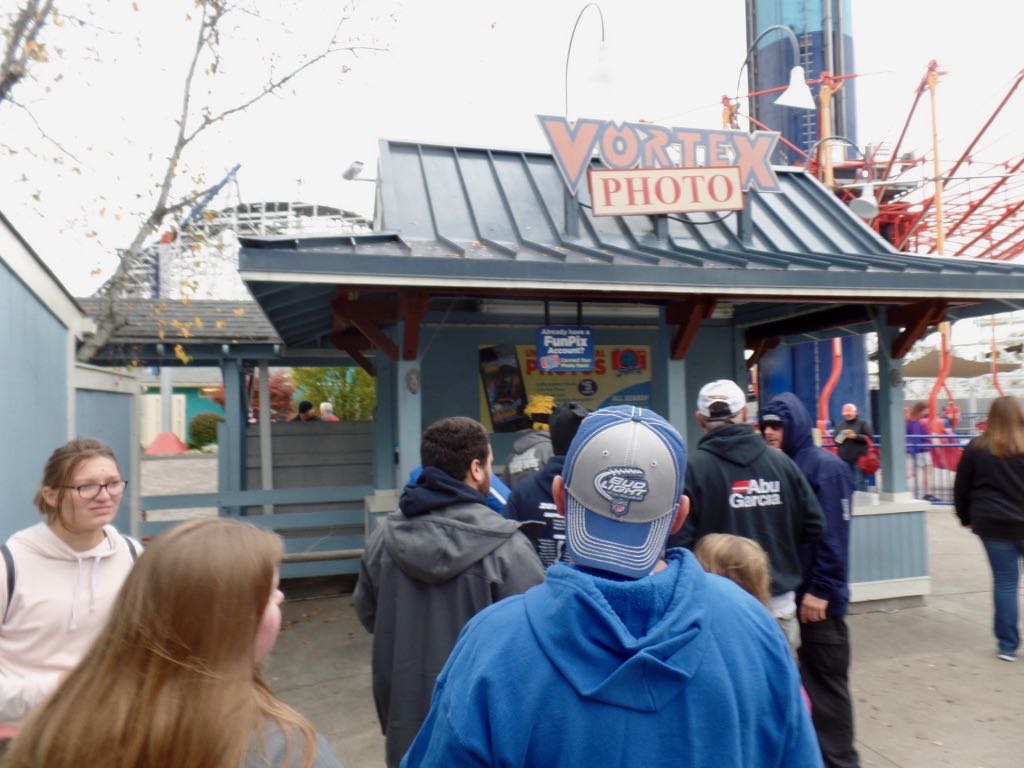 Vortex had ride photos, but only through buying a daily or season ride-photo pass package. You couldn't just go and buy one ride's worth of photos, which is a pity as we might have gotten one. They didn't even have a monitor where they showed ride pictures, unless you had a code or something, so we couldn't grab an illicit photo of our on-ride shot. Looking back at Vortex's lift hill from around the ride photo booth. One more ride! Vortex's queue had already filled up the temporary barriers but, with three trains running, it was sending out people fast; I don't think this line was more than 15-20 minutes. Looking at the widow's walk in Vortex's station. 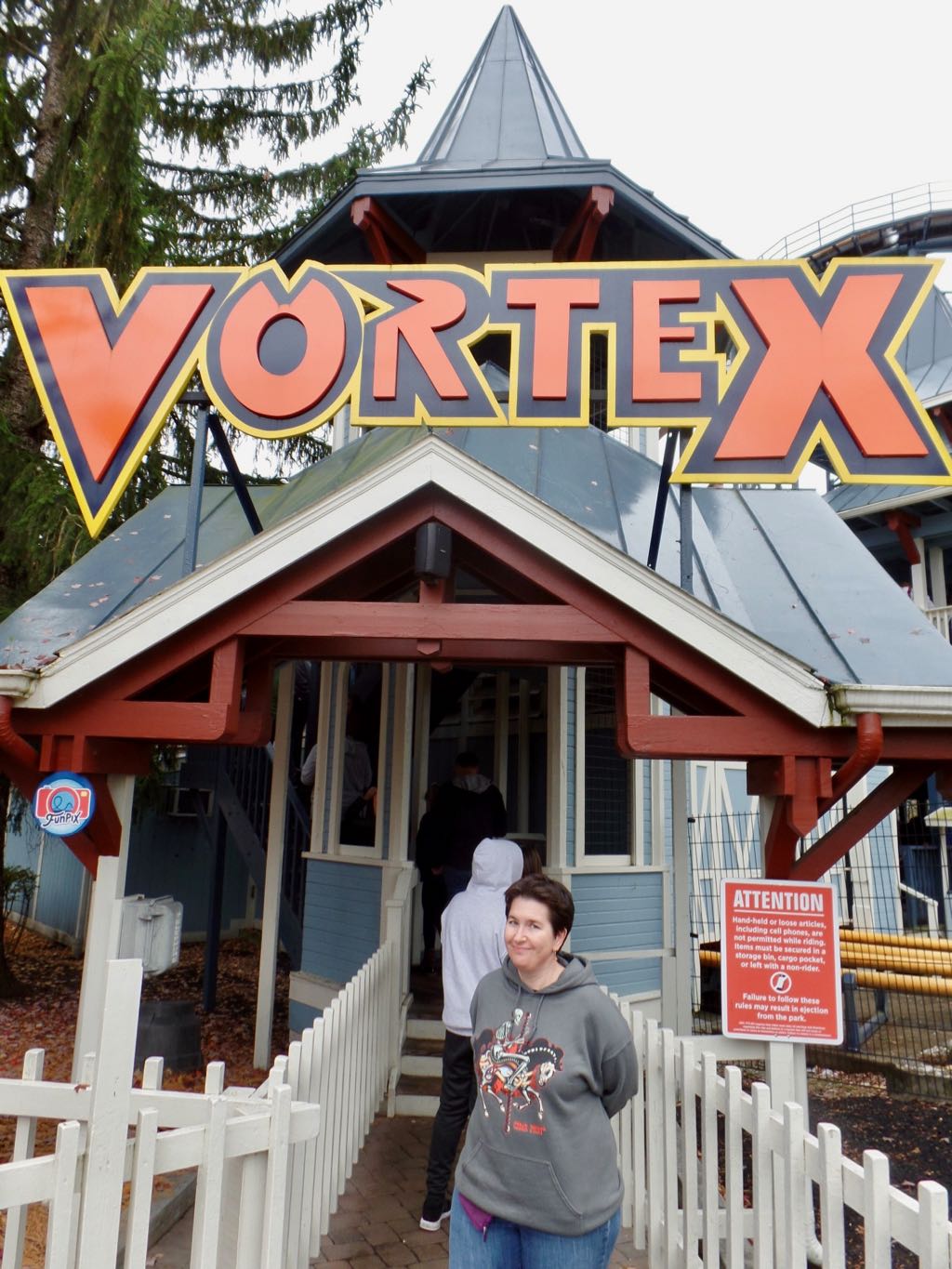 bunny_hugger at Vortex's sign. (She has one of me in the same pose.) Also, notice that though it's the last Sunday in October, a hoodie is all she needed to be warm enough. The skies are overcast, yes, but the weather is otherwise gorgeous.

Trivia: Benjamin Rush, a relentless gossip, noted that Benedict Arnold's speech was ``ungrammatical and vulgar''. Source: Signing Their Lives Away: The Fame and Misfortune of the Men who Signed the Declaration of Independence, Denise Kiernan, Joseph D'Agnese. (I'm not sure that is a direct quote from Rush; it is from the book. Also I don't know whether the verdict predates Arnold making himself immortal.)