Our Christmas presents are off! Since we'd gotten gifts for my parents, and for

bunny_hugger's brother and his partner, before we went into quarantine. And we won't be seeing either, since they're in South Carolina and New York City and there's no travelling out that way in these circumstances. So we got everything wrapped and boxed up, and went to the post office after-hours. The plan to avoid encountering anyone went excellently well: there was nobody in the 24-hour customer section, and just one mysterious car in the parking lot sitting there, perpendicular to the parking lanes, doing nothing. They were there when we arrived; they were there when we left. I hope they're achieving what they hoped.

On my mathematics blog I'm Using my A to Z Archives: Zeta Function, originally published back in 2017.

In my cartoon-watching, it's 60s Popeye: Popeye the White Collar Man and that seems weird to me too. It's an odd cartoon and keeps giving me thoughts. 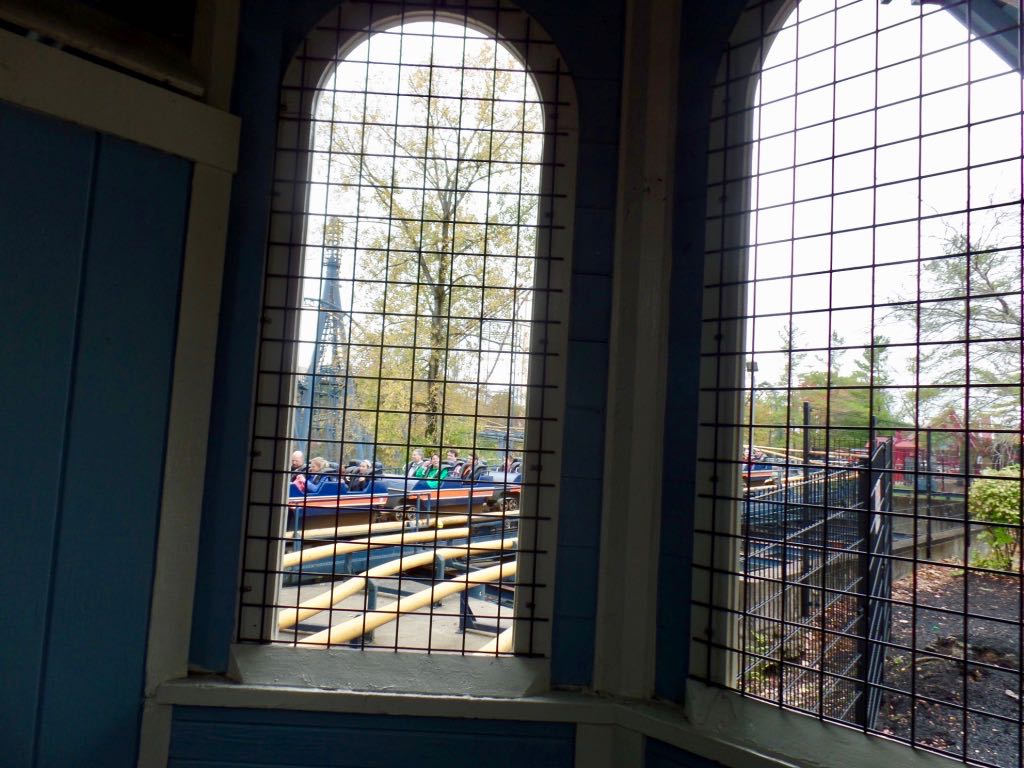 Looking out Vortex's belfry at a returning train. Also, not sure whether the meshes there were put up out of need or just to make sure there never would be a need. 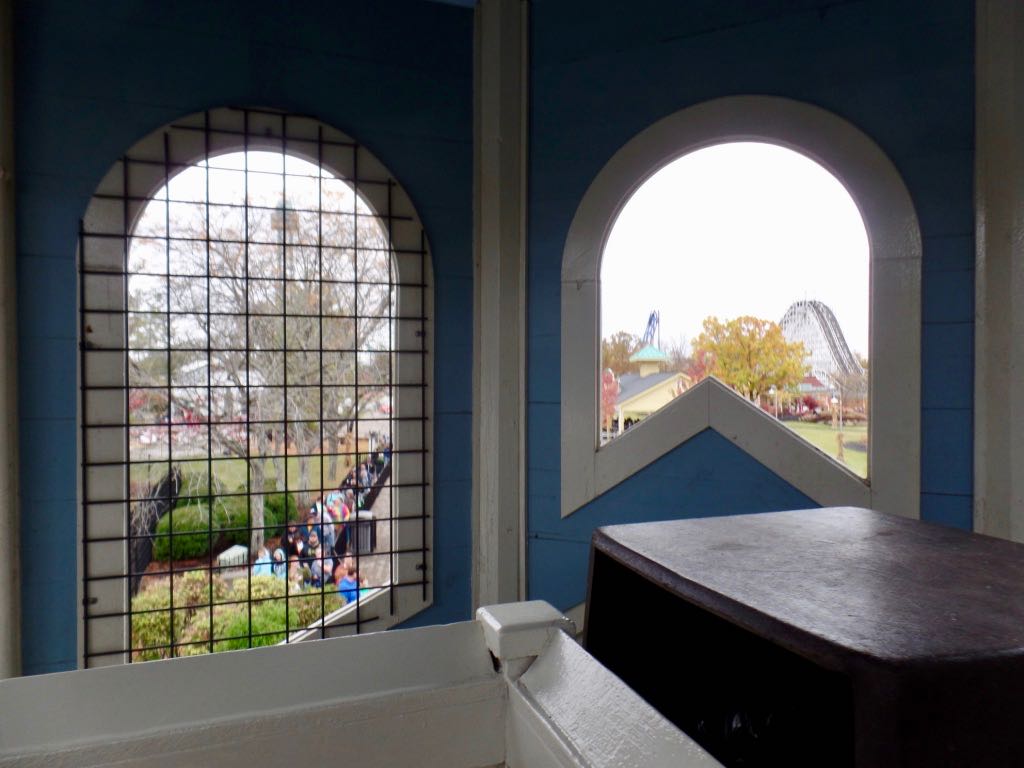 Looking through Vortex's belfries and getting, in the distance, a view of Vortex's extended queue, and also the park's Eiffel Tower (on the left) and the Racer wooden roller coaster/s (on the right). 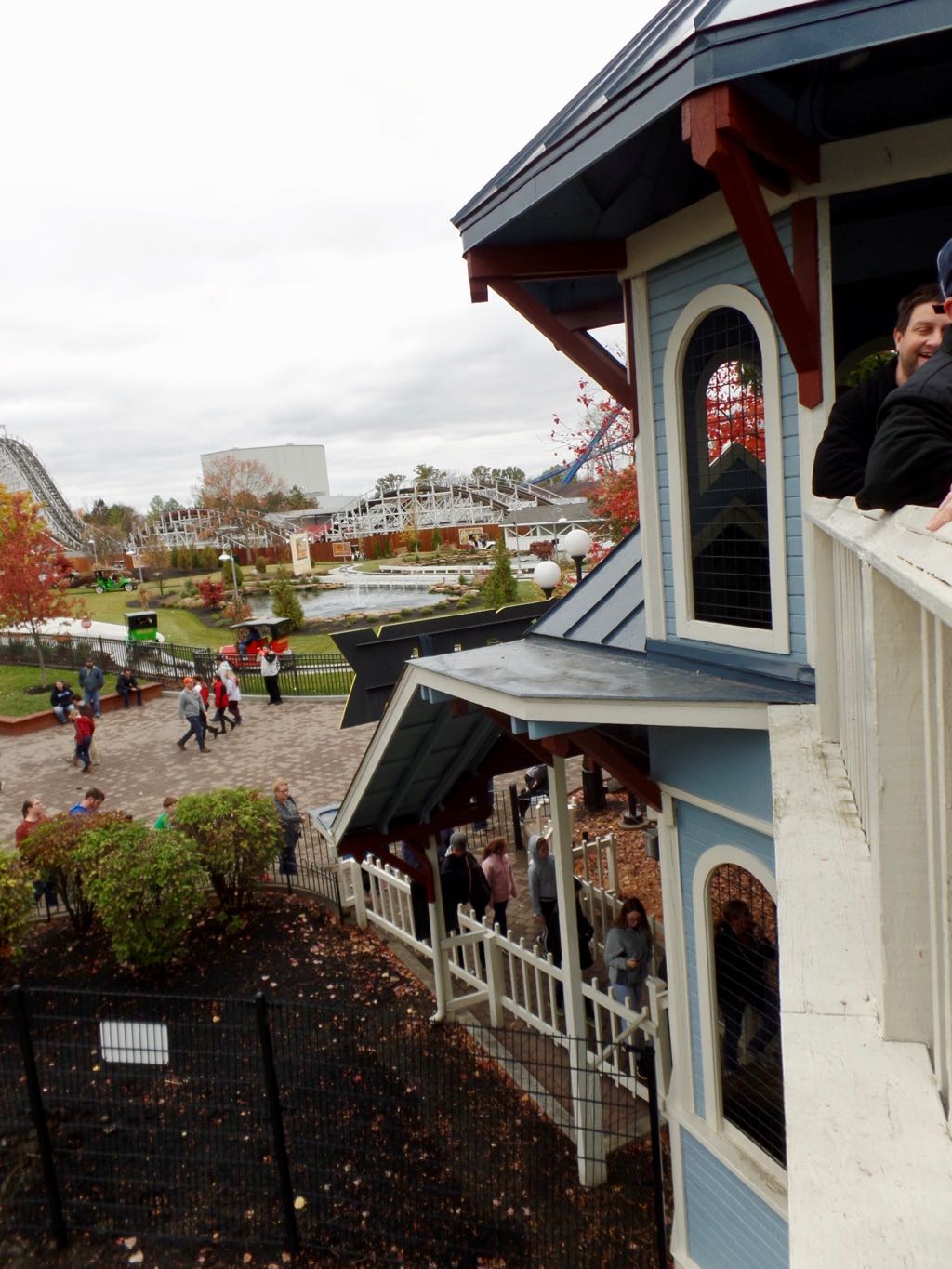 Looking back from the widow's walk at the queue and also Racer. 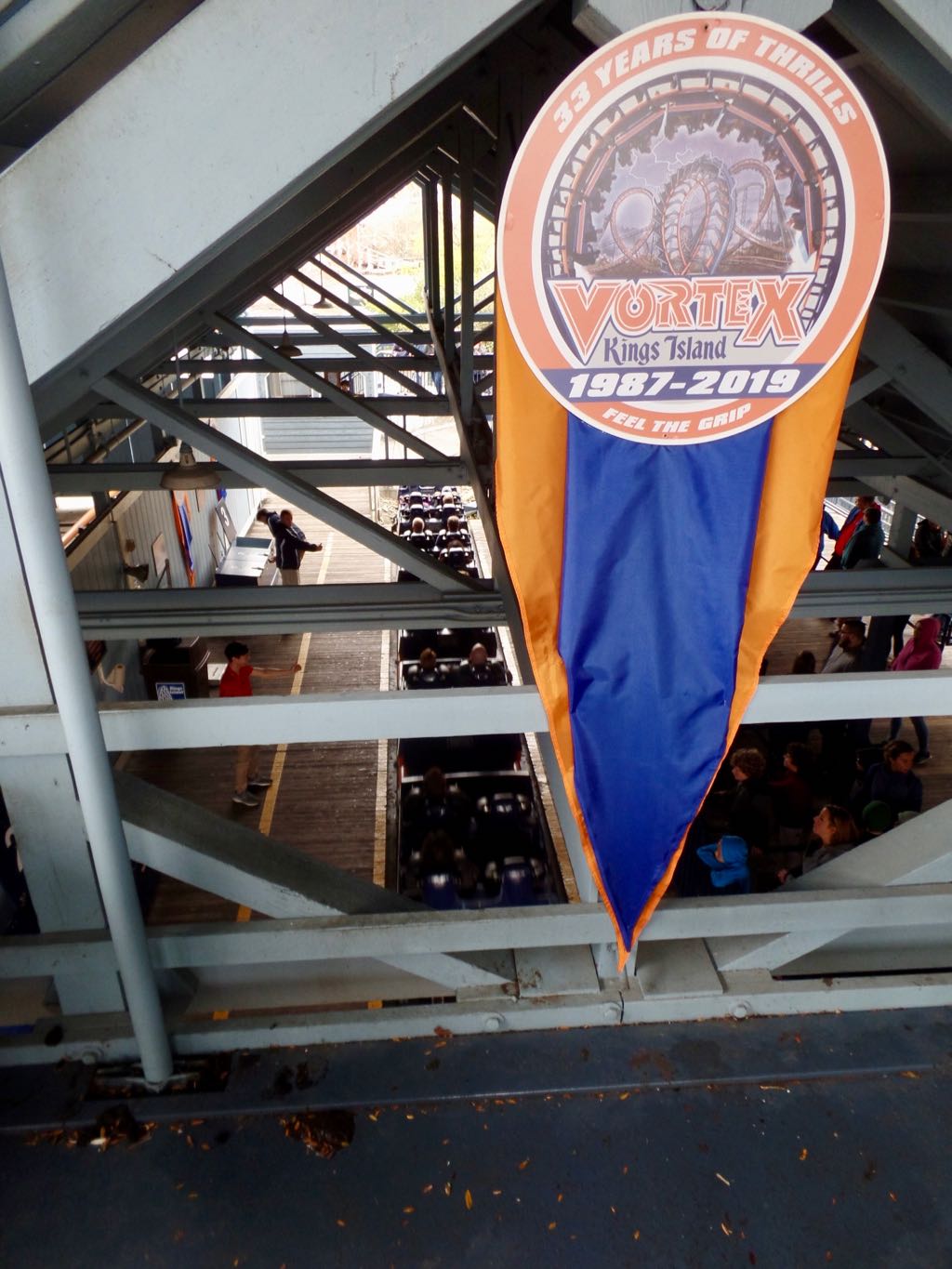 Looking down from the widow's walk at the launch station, flanked by the Vortex farewell shield. 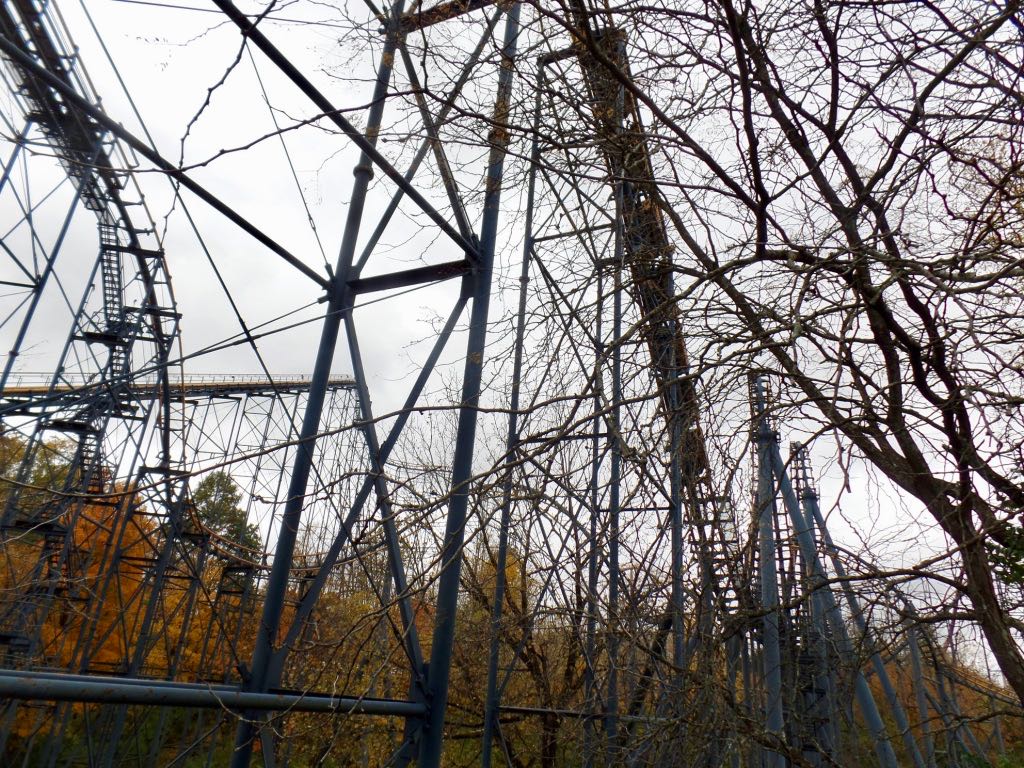 Train that's just come off a series of Vortex's loops. 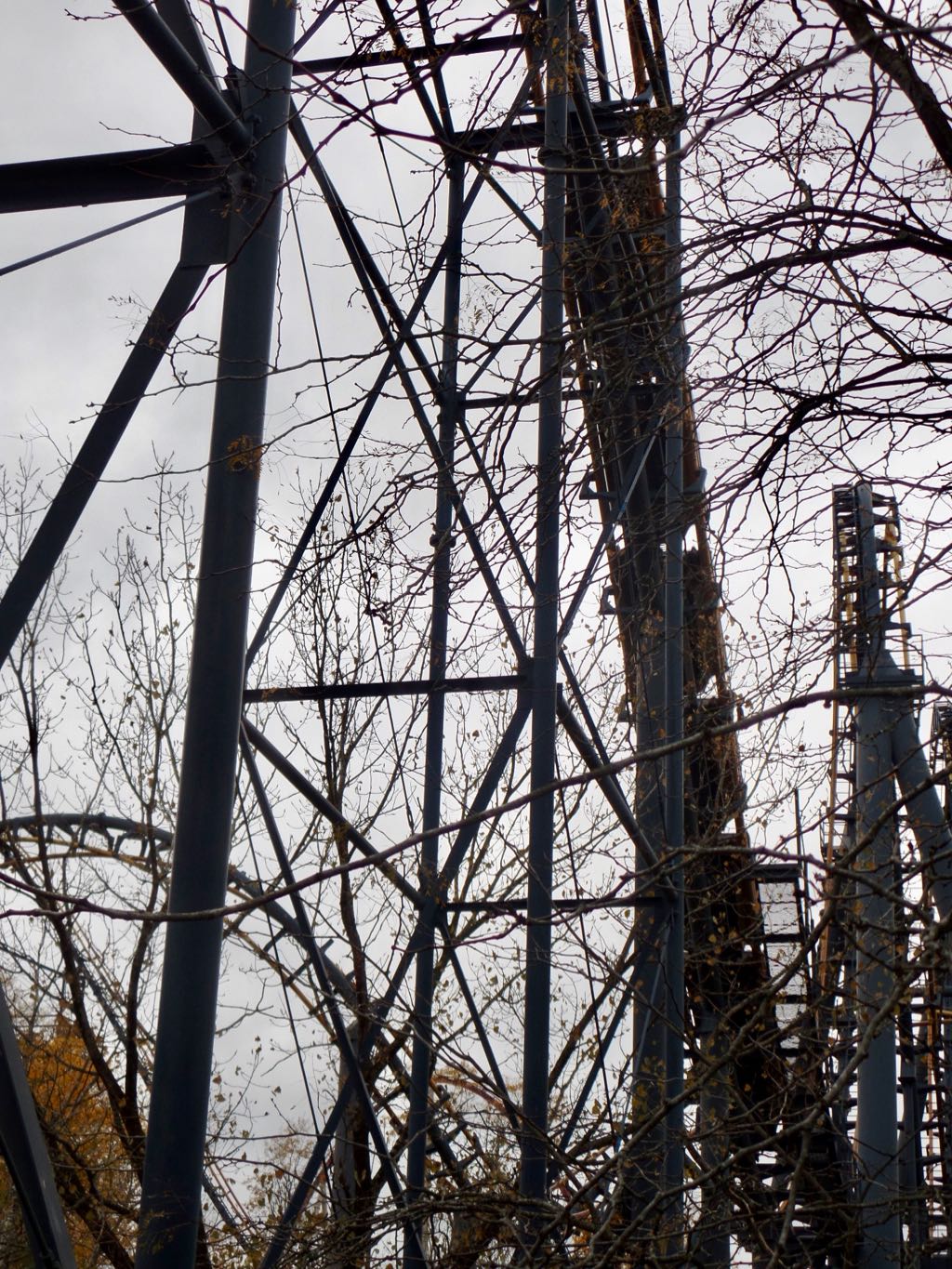 Another Vortex train coming off that twin loop section. 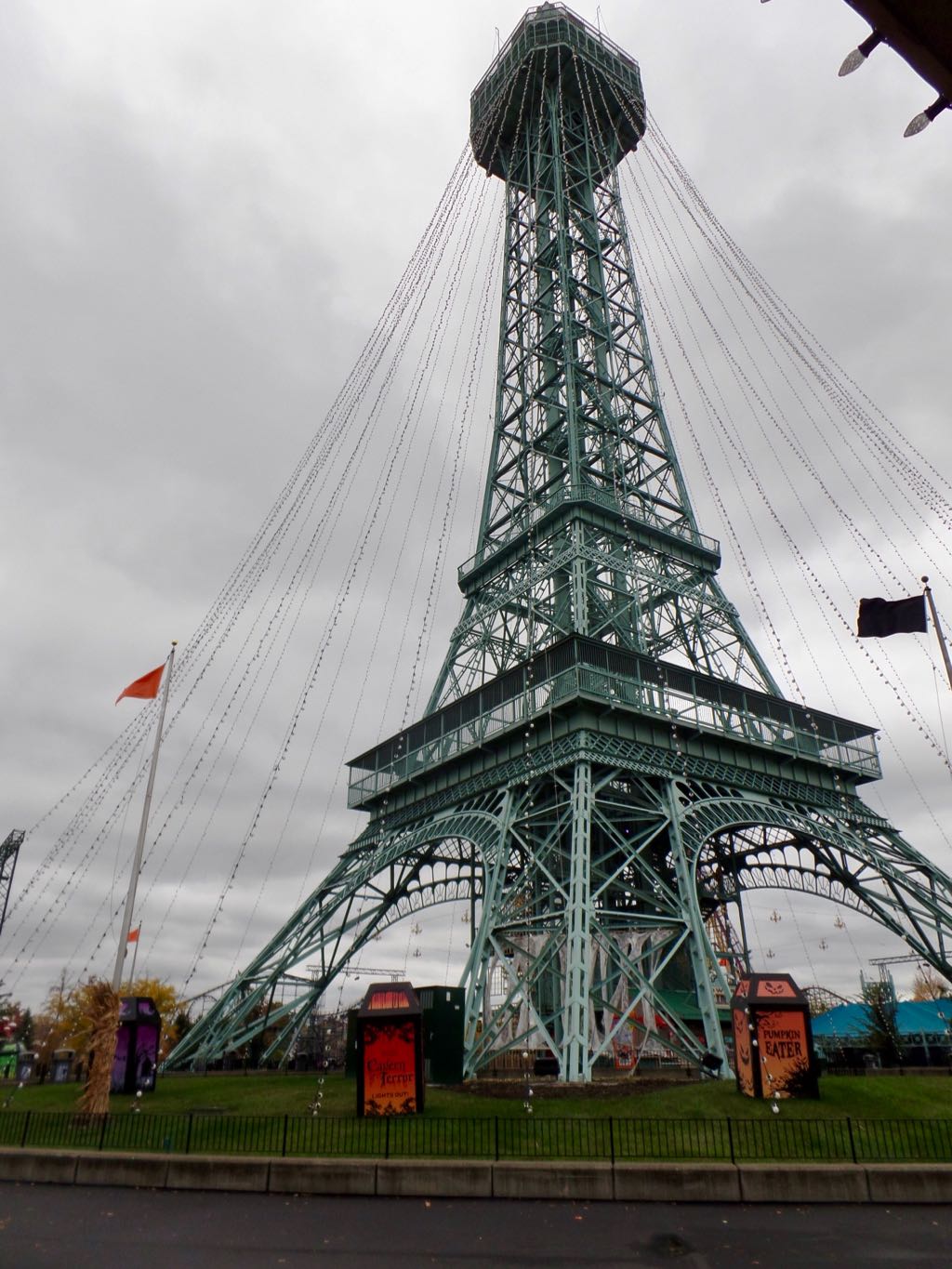 The Eiffel Tower. After three rides and the start of regular park riding we figured to go out, buy some souvenirs, drop things in the car and have the rest of the park day to ourselves. 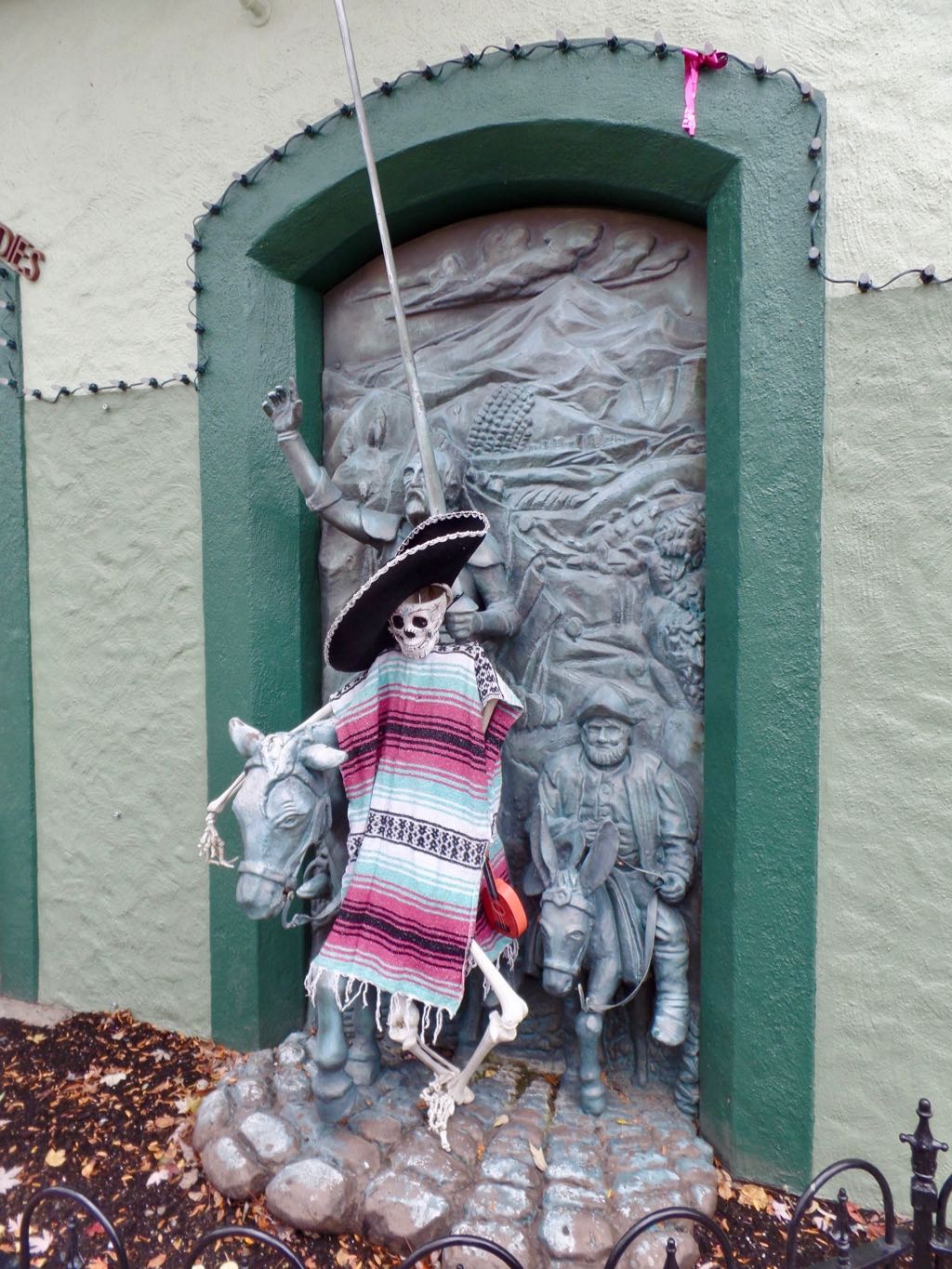 Wall sculpture of Don Quixote, at the main midway, decorated for Halloweekends/Haunt. 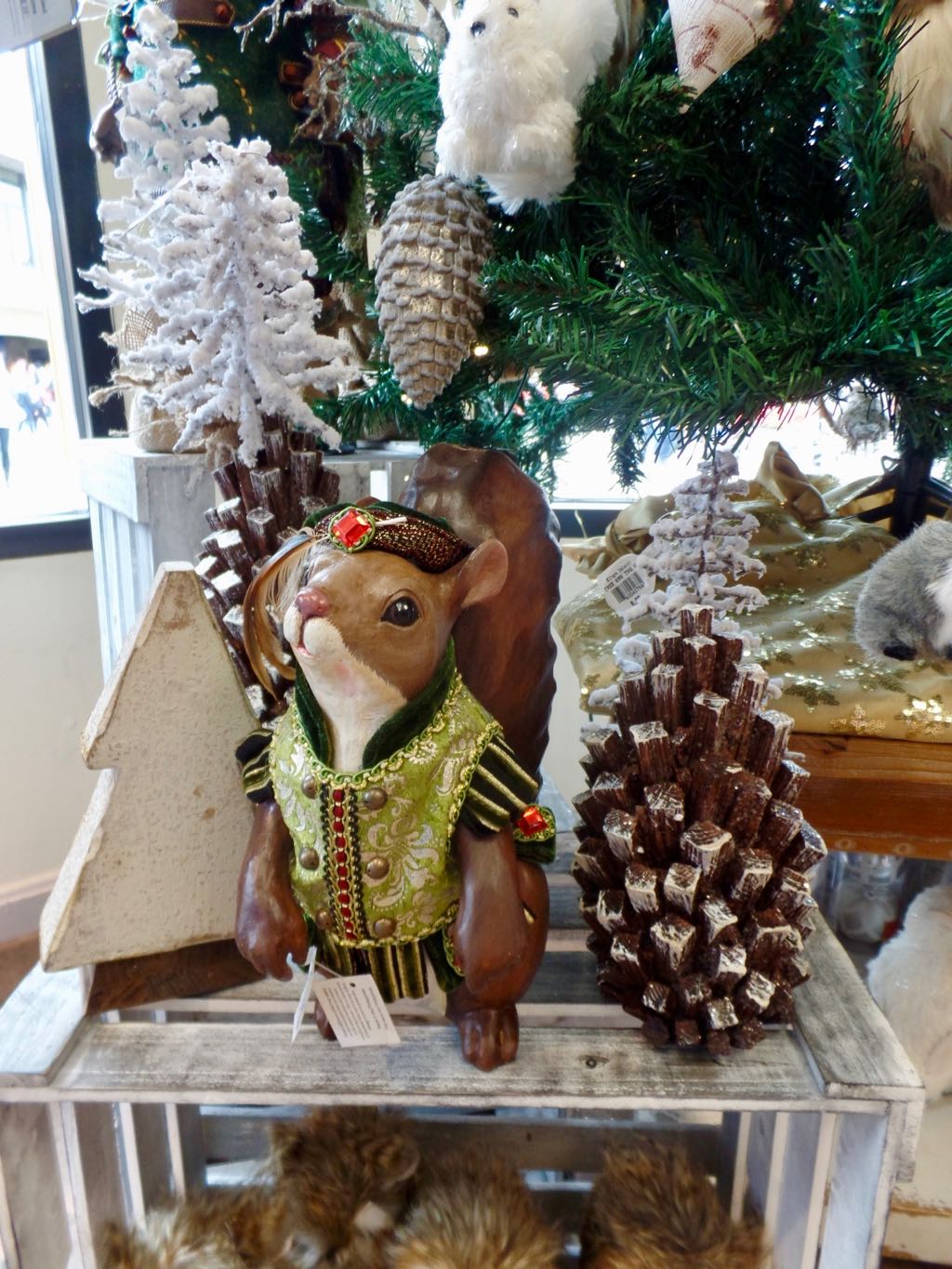 Neat but rather too expensive squirrel Christmas figure on sale in one of the gift shops. 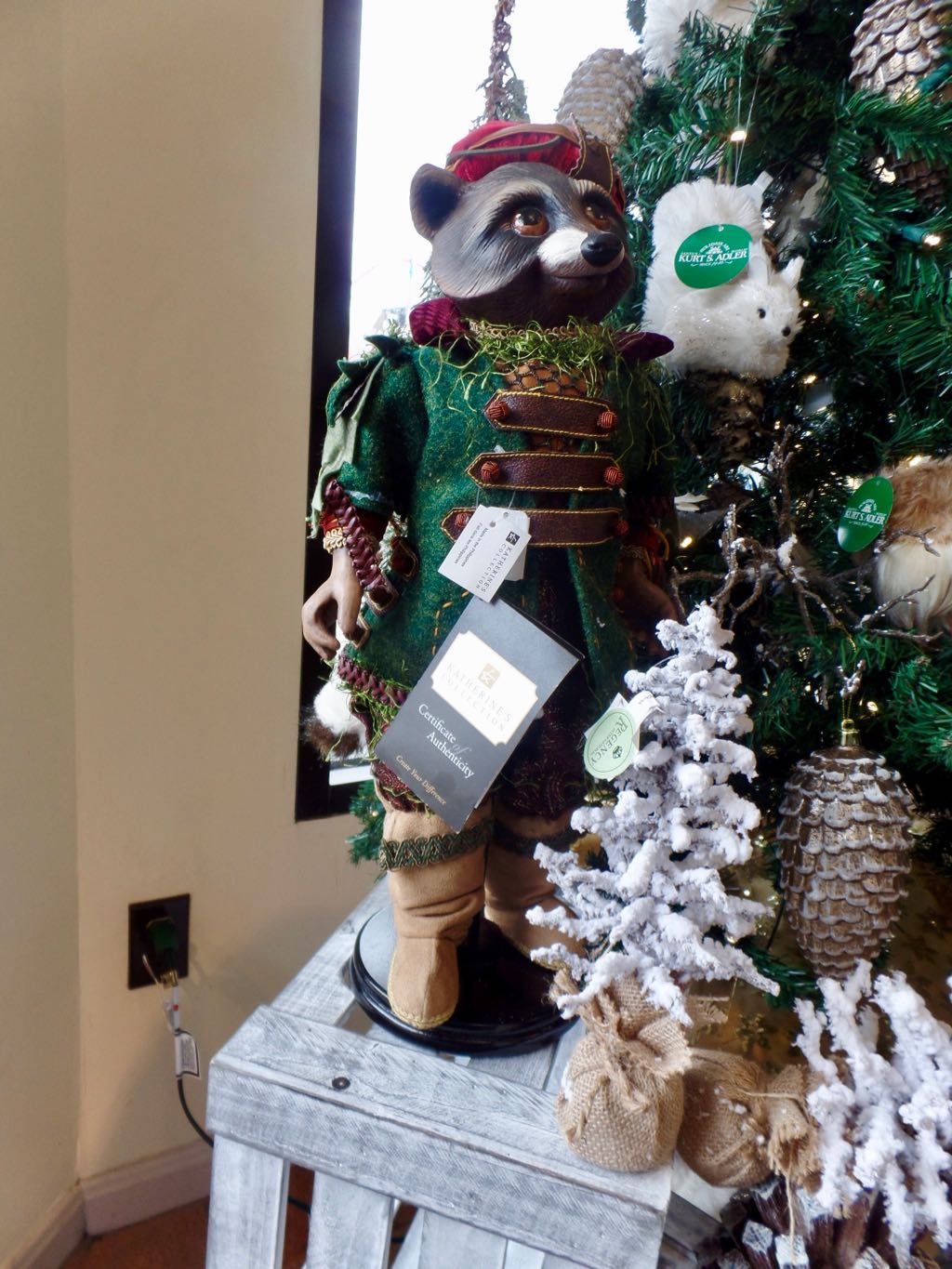 Very neat but enormously too expensive raccoon Christmas figure on sale in one of the gift shops. 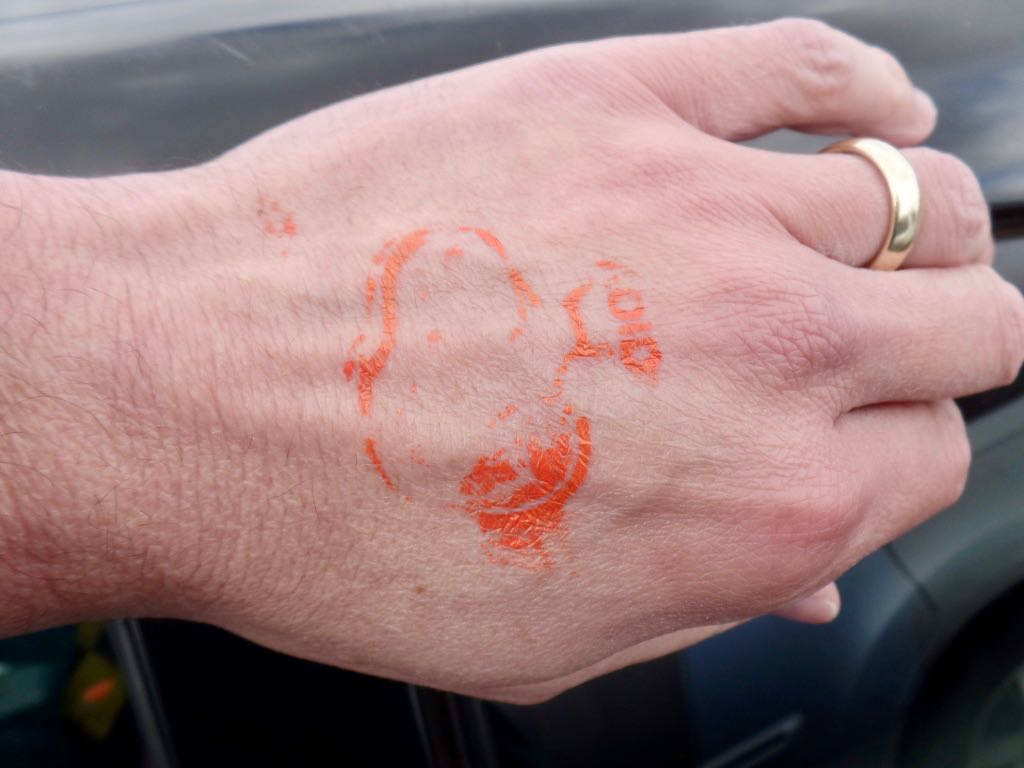 So here's my hand with the stamp of the day on it. Also you see how much I needed hand lotion, and this was in 2019, before we were expected to wash our hands every fifteen minutes. 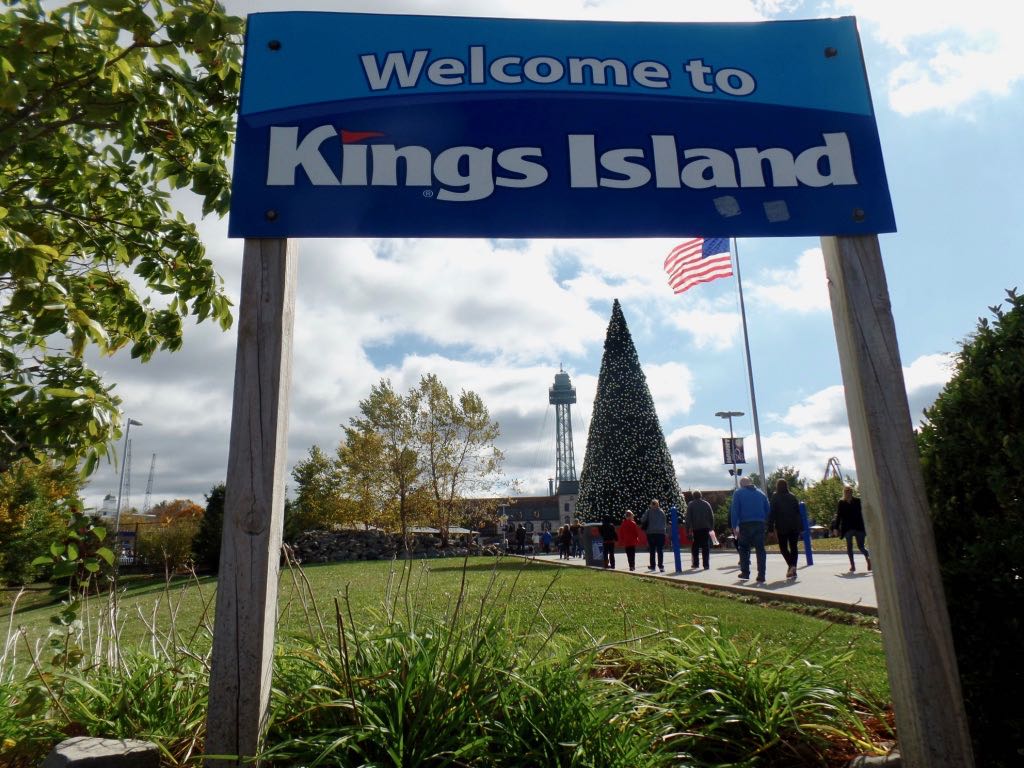 Coming back in after we'd stowed our souvenirs. Also, note that someone's flipped the weather from 'grey and dreary' to 'really lovely'.

Trivia: Before 1981 AT&T would license Unix to university computer laboratories for, typically, a few hundred dollars at most, with Western Electric providing the source code in C. Source: A History of Modern Computing, Paul E Cerruzi.