At the place you are leaving take one last look

Let's check in on my humor blog, which is not only Popeye cartoons and story comics recaps, right? ... Nah, that's what it mostly is these days. Don't care; it's better for my time management that way.


Let's get back to Kings Island for the last day of Vortex, and what we did after coming back into the park, this after we got some souvenirs and also had lunch (an Impossible Burger, to our surprise). 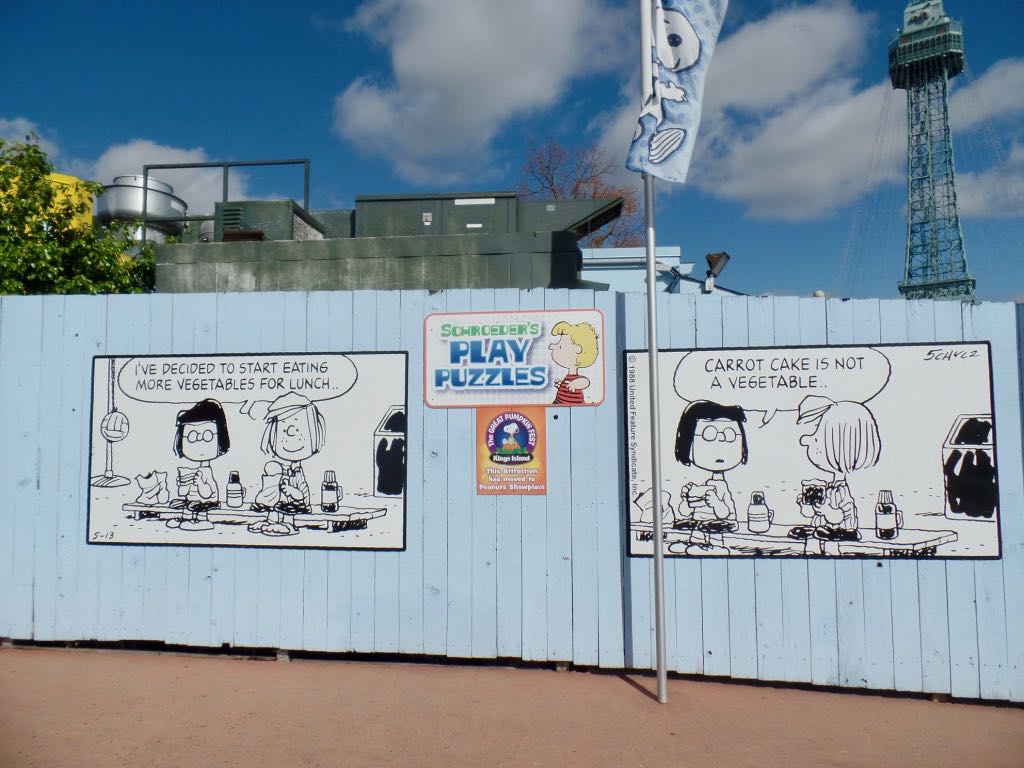 Peanuts decorations at some of the kids areas of the park. And the tease for Schroeder's Play Puzzles which we did not see, but certainly understand. When you think of Schroeder, you think of recreational puzzles. 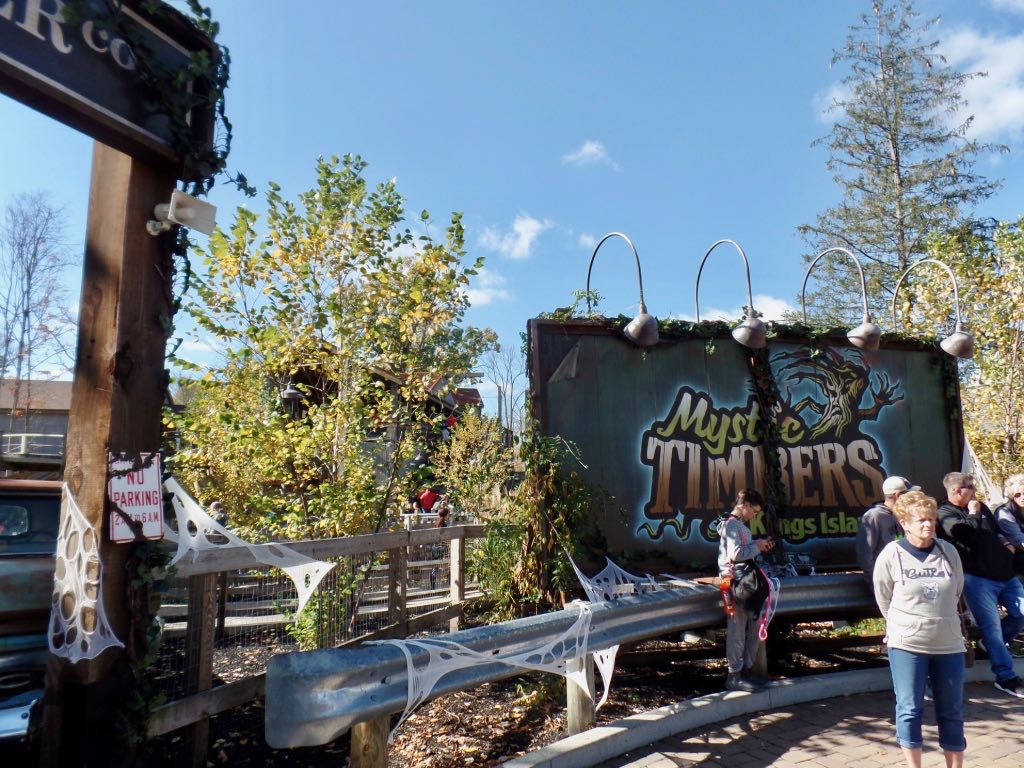 We went for a ride on mystic Timbers, Kings Island's 2018-built wooden roller coaster. It's a great ride and it came pre-Halloweened for our convenience. 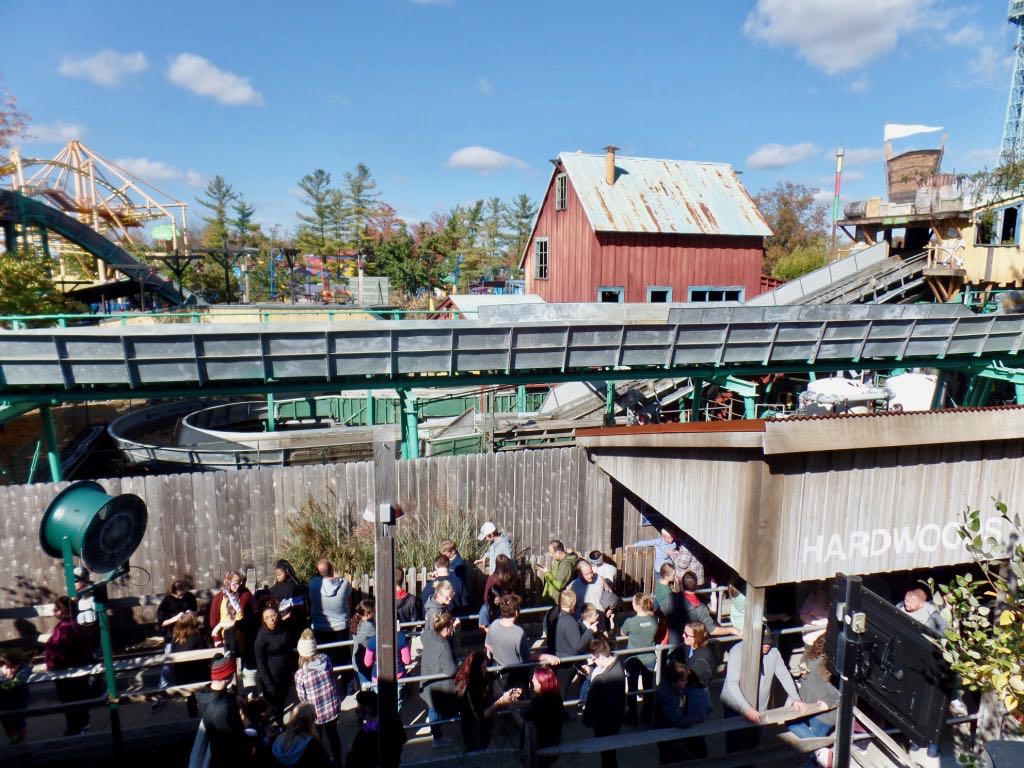 Looking from the Mystic Timbers line, which was long, back at the Race For Your Life, Charlie Brown log flume ride, long since emptied of water for the season. 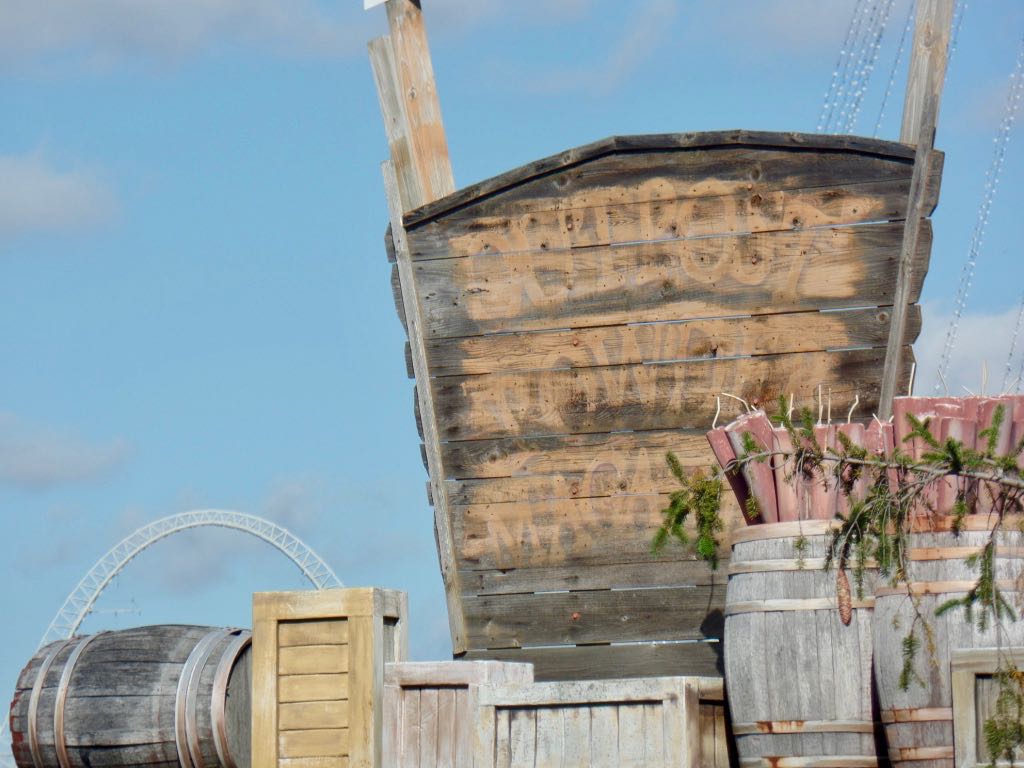 Ghost sign on the back of the Race For Your Life, Charlie Brown sign: ``Outpost Powder Magazine''. The ghost sign reflects surely one of its earlier incarnations, either The Wild Thornberrys River Adventure or the Kings Mills Log Flume. The ride also operated at Coney Island (C-city) from 1968 to 1971 so I'm glad we've ridden that in warm weather. 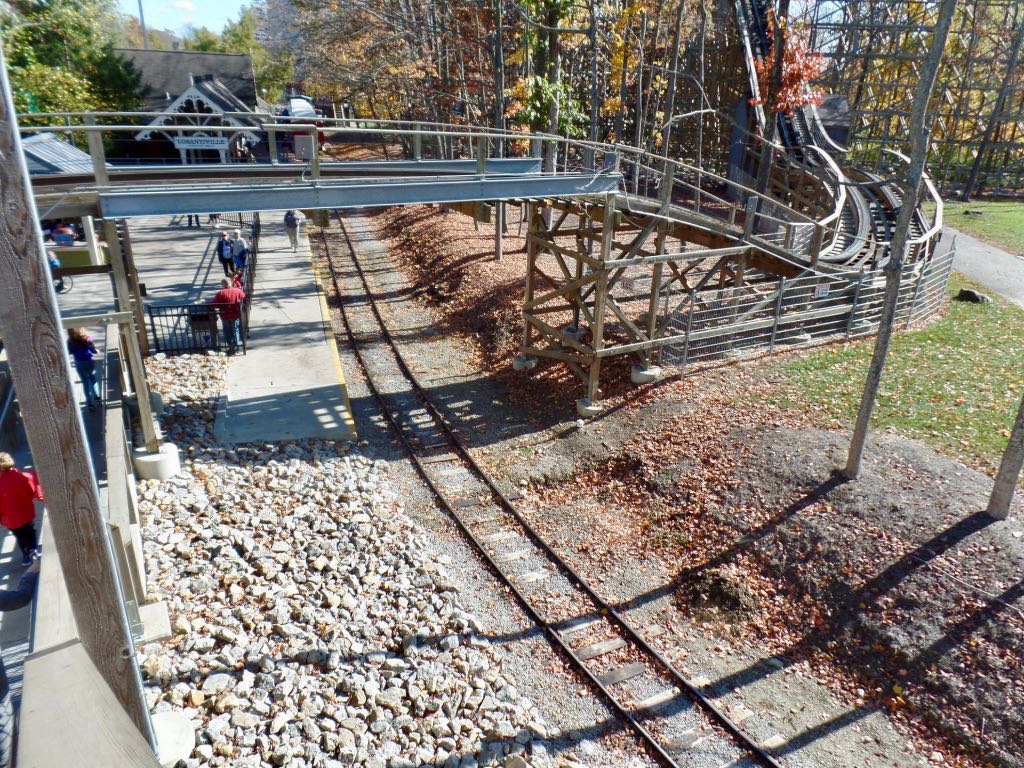 Mystic Timbers's launch path to the lift hill, which has a nice little bunny hop in it. There's the scenic railway running underneath. 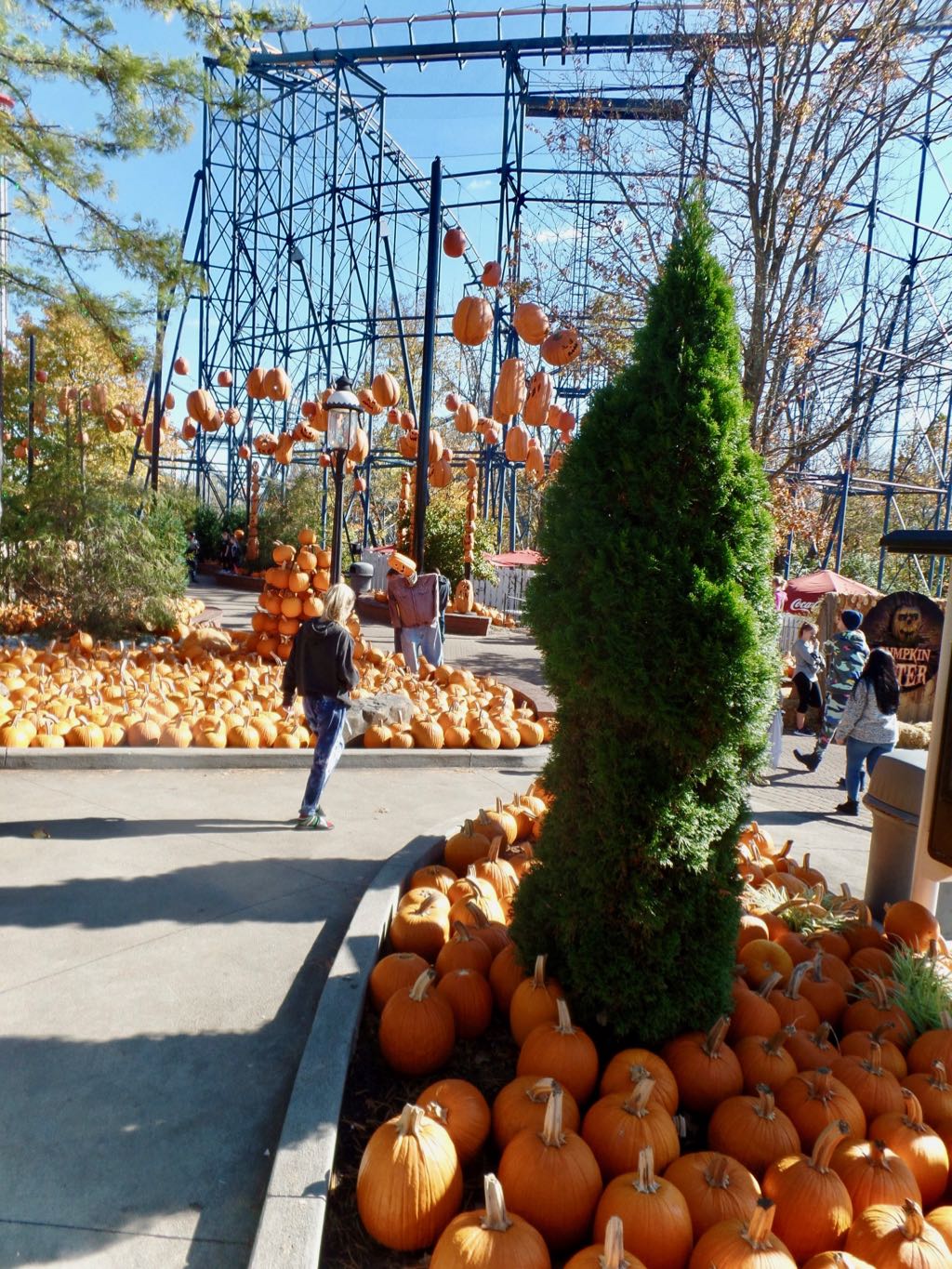 Pumpkins! They decorate with them at this park. 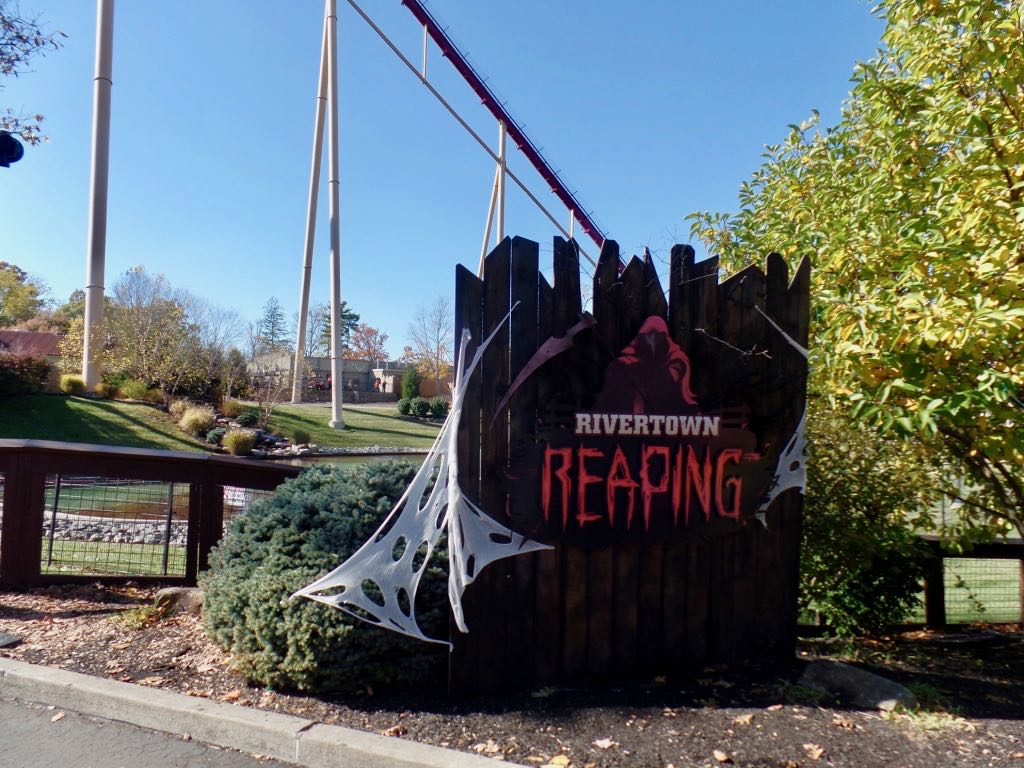 The Rivertown-themed area, getting its Halloween look on. 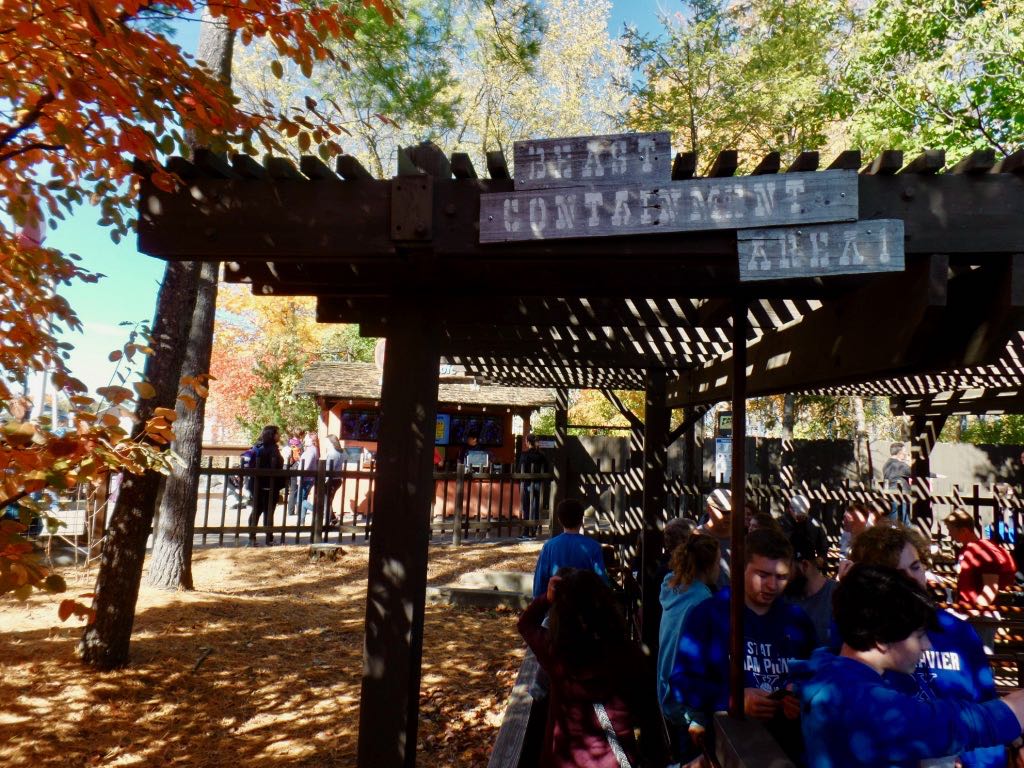 Beast Containment Area: we couldn't go to Kings Island and not ride The Beast, even if we would pass up the chance to ride it at night. 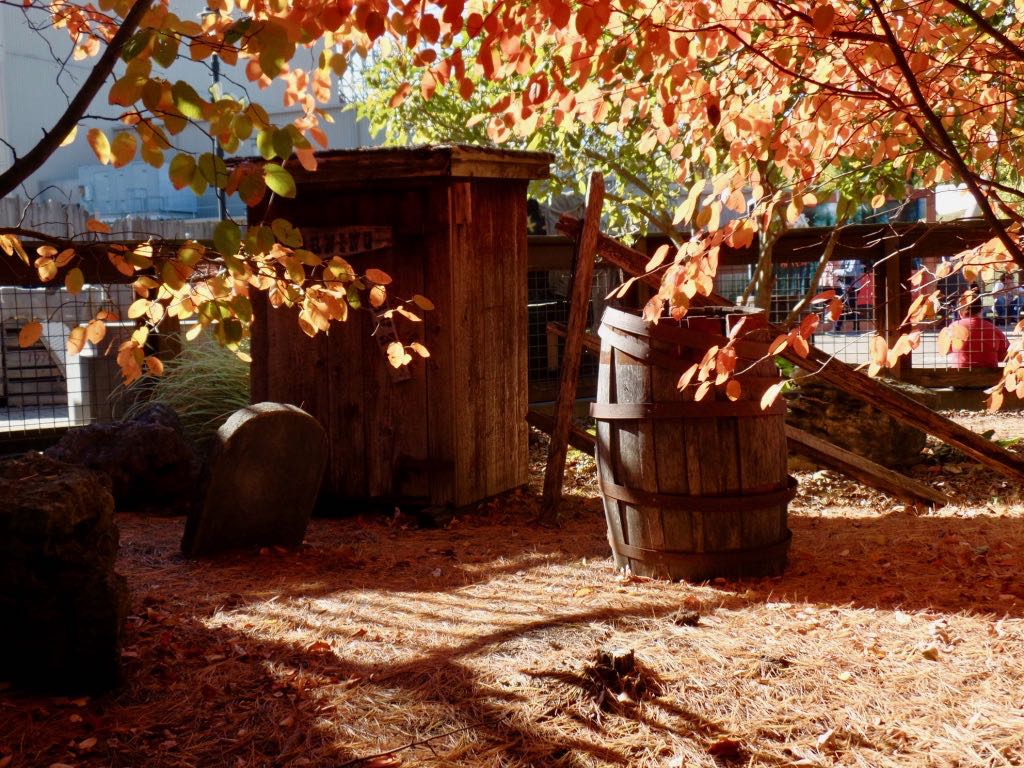 We'd never been to Kings Island in autumn before so didn't know just how spectacularly golden the area could look. 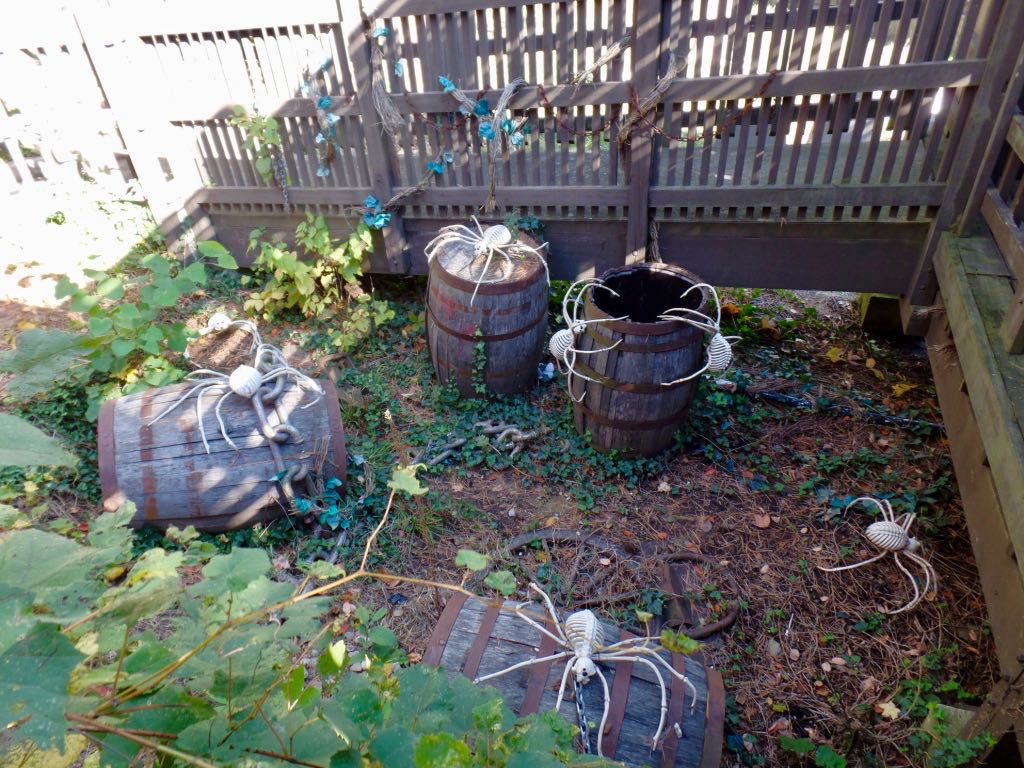 SPIDERS DO NOT WORK THAT WAY! MORBO SAYS GOOD NIGHT! 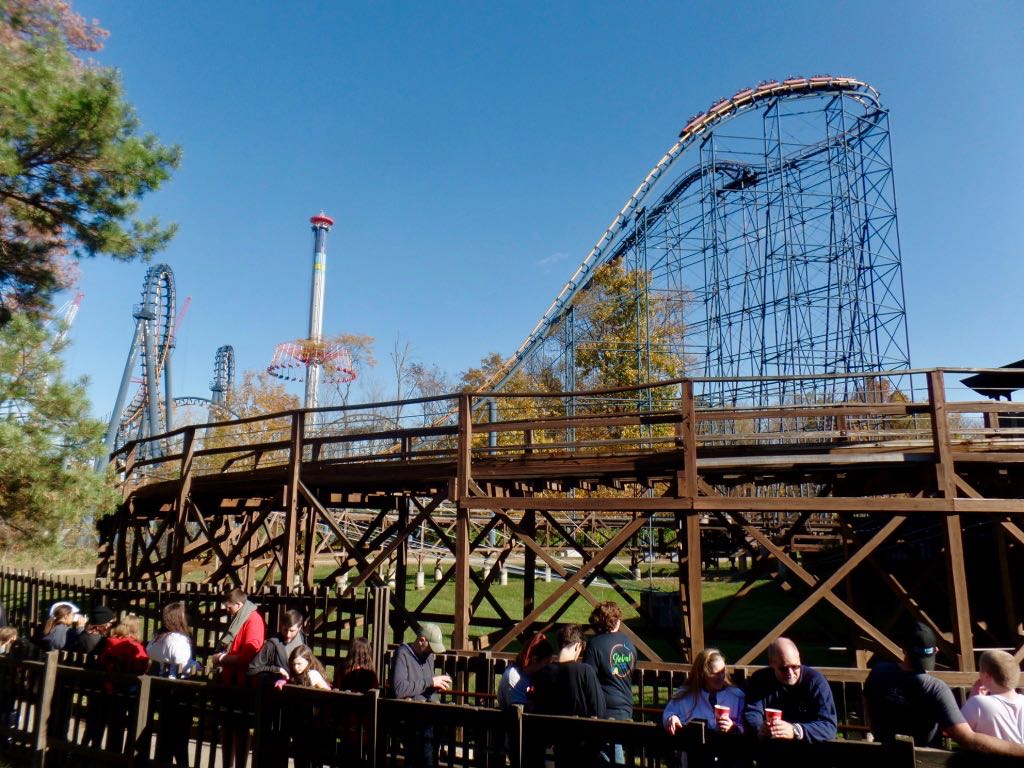 View of Vortex about to make its first drop as seen from The Beast's queue. 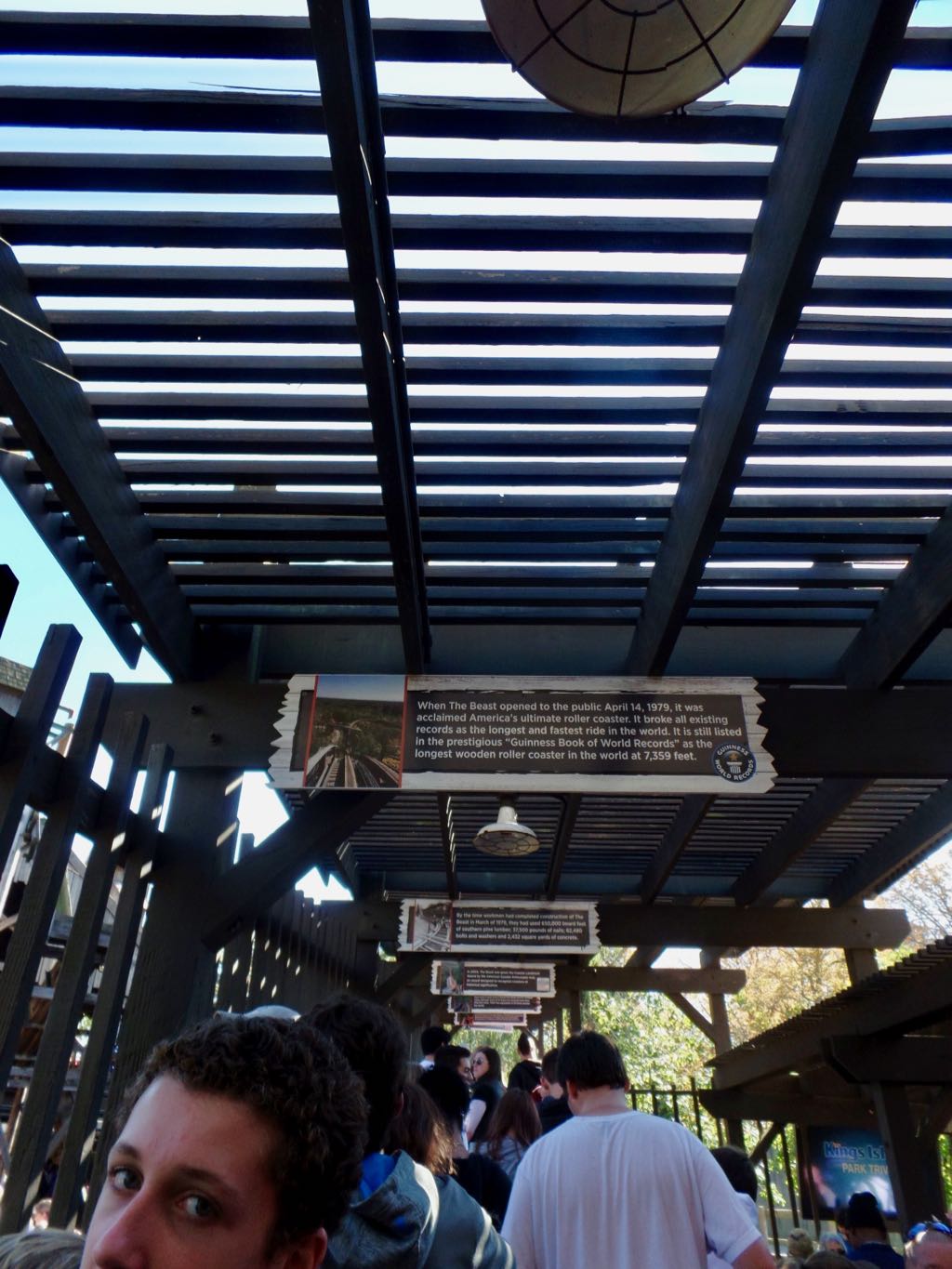 2019 was The Beast's 40th anniversary, and they'd added signs about the ride to some of the covered parts of the queue. ``when The Beast opened to the public April 14, 1979, it was acclaimed America's ultimate roller coaster. It broke all existing records as the longest and fastest ride in the world. It is still listed in the prestigious 'Guinness Book of World records' as the longest wooden roller coaster in the world at 7,359 feet.''

Trivia: The Coca-Cola glass-bottle shape was introduced in 1916. Source: A History of the World in Six Glasses, Tom Standage.