Let's look forward to the lights that are new

A couple houses down the street the neighbors are building something pretty big. The permits list it as a garage but it seems enormous for that. Like, it seems to run about half the length of the lot, and looks like it's two storeys. I suppose that's all right, but it's hard not to think they're building a second house on the lot and covering it up as a detached garage. Also if it weren't for the new overhang on the real house's porch I'd wonder if they were doing the stunt where you build a new house and demolish the old and somehow avoid having the place actually looked at. It still seems like a lot of building to be going on, though.

Coming to its much-awaited conclusion today is My All 2020 Mathematics A to Z: Zero Divisor in which I find interesting stuff to say about an apparently fussy little boring technical little thing.

Want to see more of Kings Island, as of October 2019? Sure! Think you've got a reprieve from seeing Vortex? Nope! 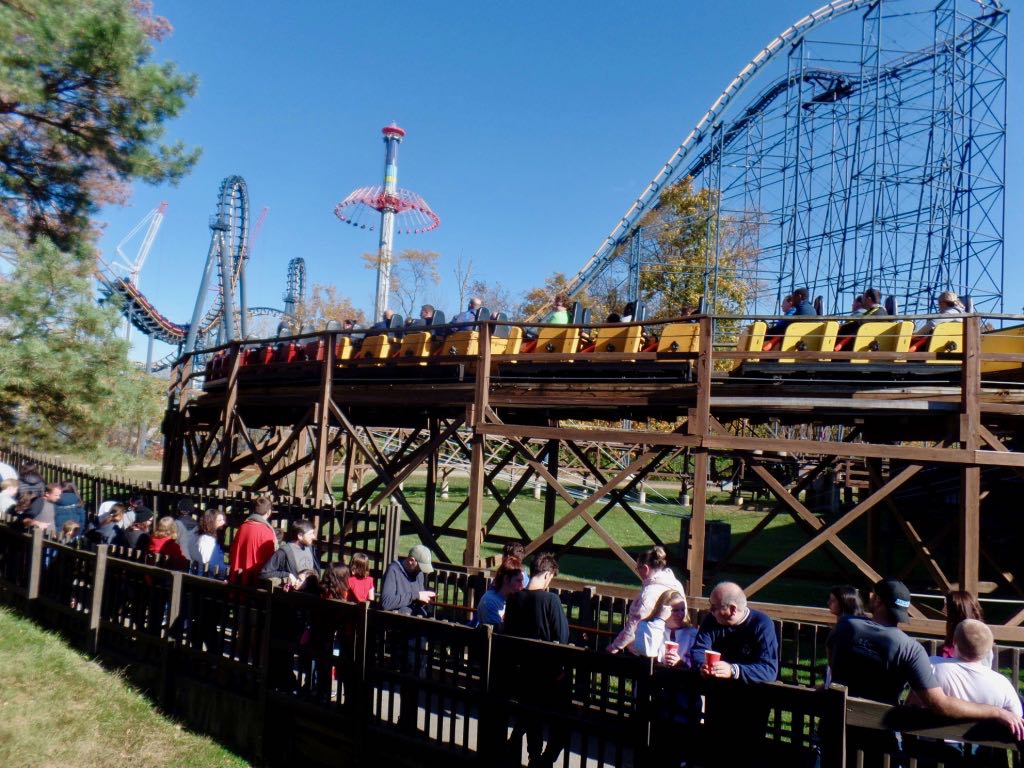 For its 40th year The Beast's trains were repainted to evoke their original blend of red-orange-yellow, which evokes a flame to me but is probably meant to suggest an animal's varied coloring. 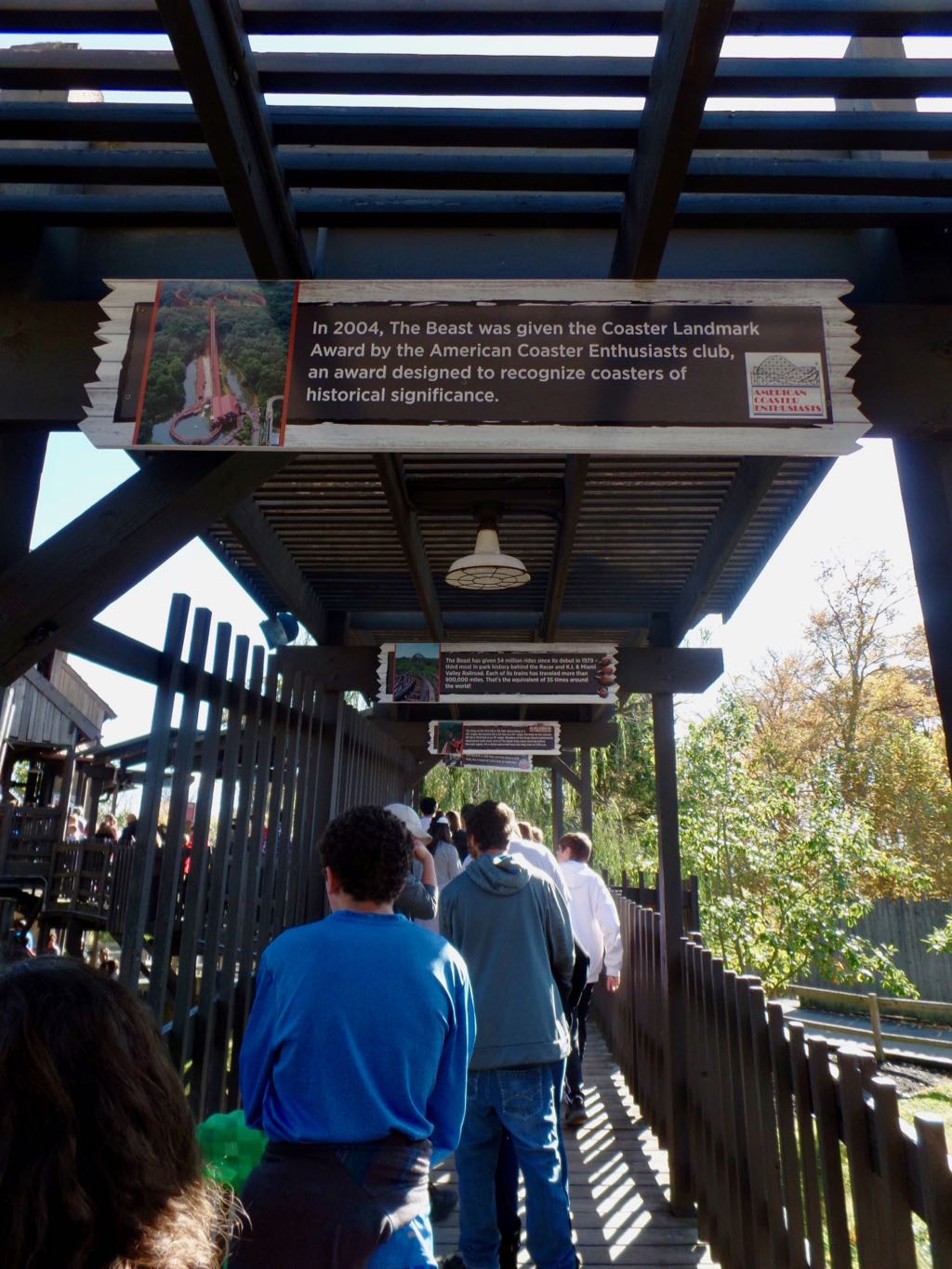 Some more of the trivia signs put up for The Beast, highlighting its accomplishments. They have the old American Coaster Enthusiasts logo on the sign there. Not sure if that's because the sign is that old or if Kings Island just didn't know the difference. 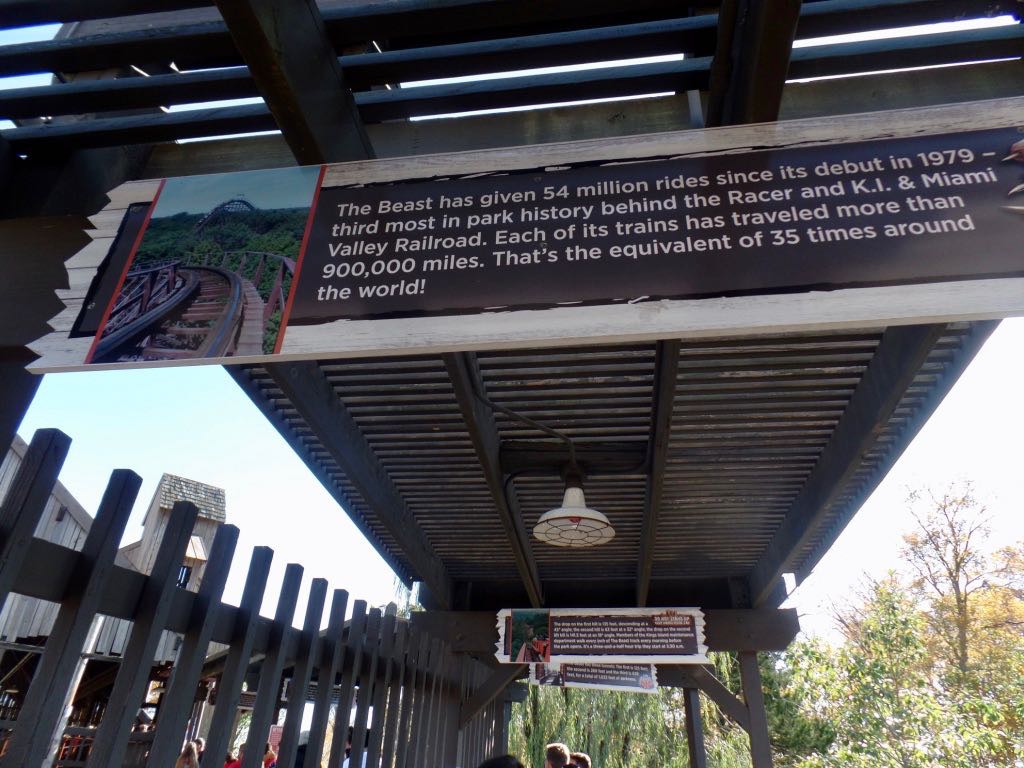 Sign about how many rides The Beast has given; I'm sure this will be updated when they manage the equivalent of a 36th circumnavigation. 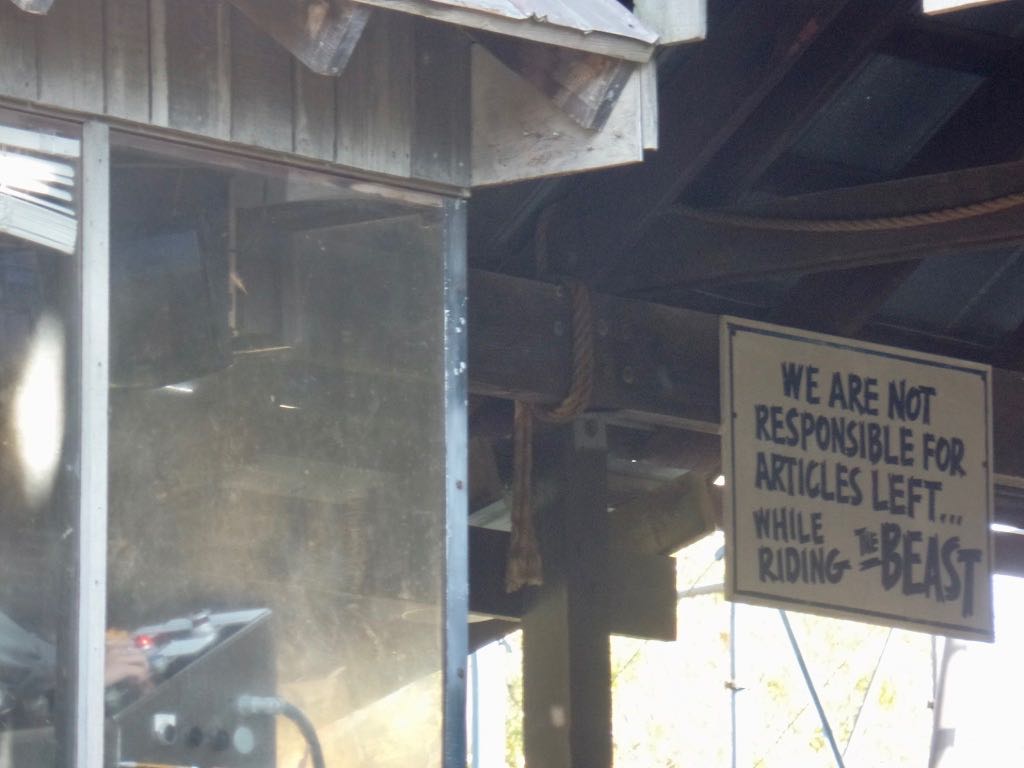 Launch station for The Beast along with one of its nice thematic signs. 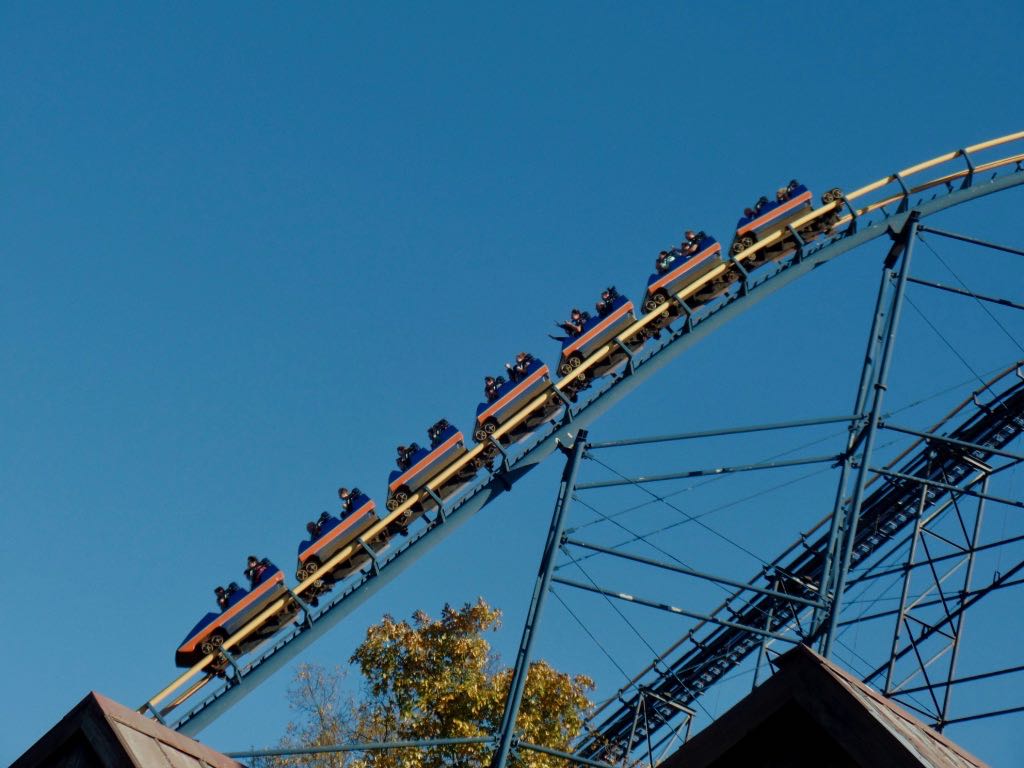 Vortex going down its first drop, as seen from The Beast's queue. 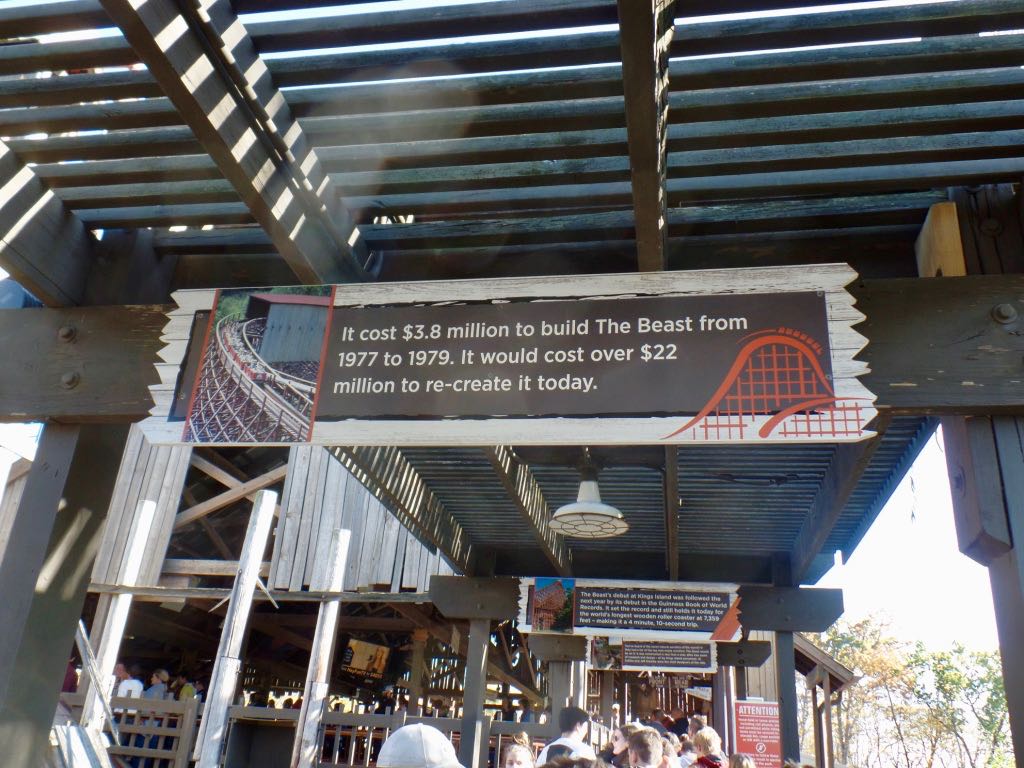 More of The Beast's history, and how Kings Island just went ahead and kept throwing money into a project that, since it worked, was brilliant. If it hadn't worked, it would be featured on some season of Spectacular Failures. 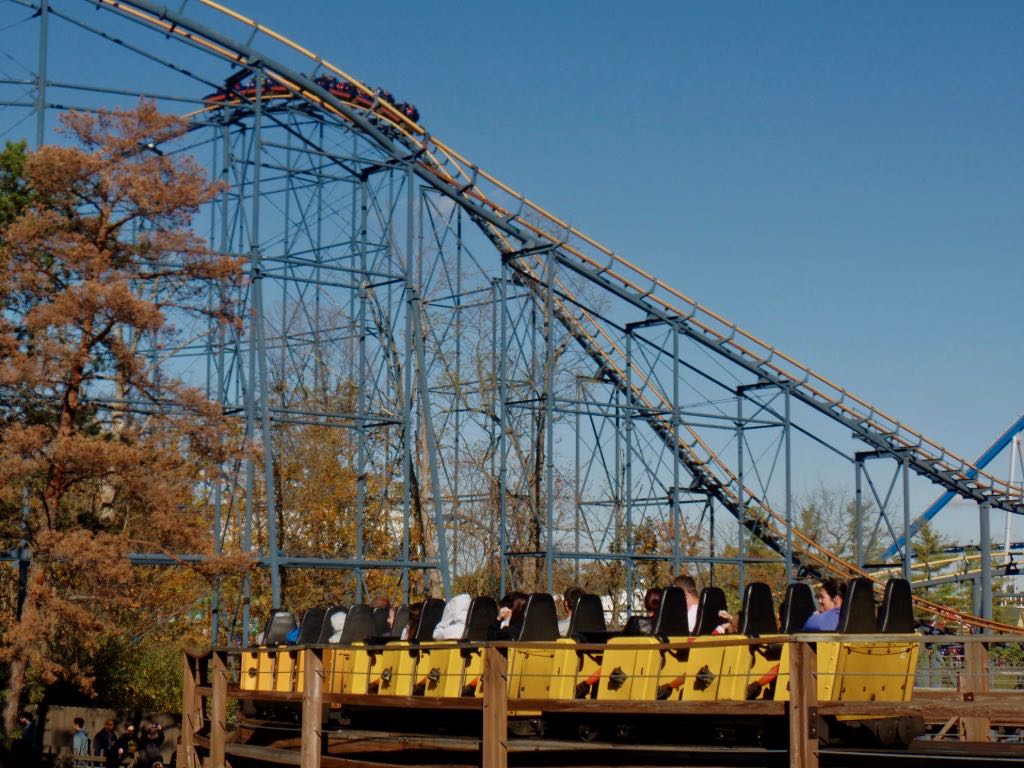 The Beast train heading out while Vortex's train tops a hill. 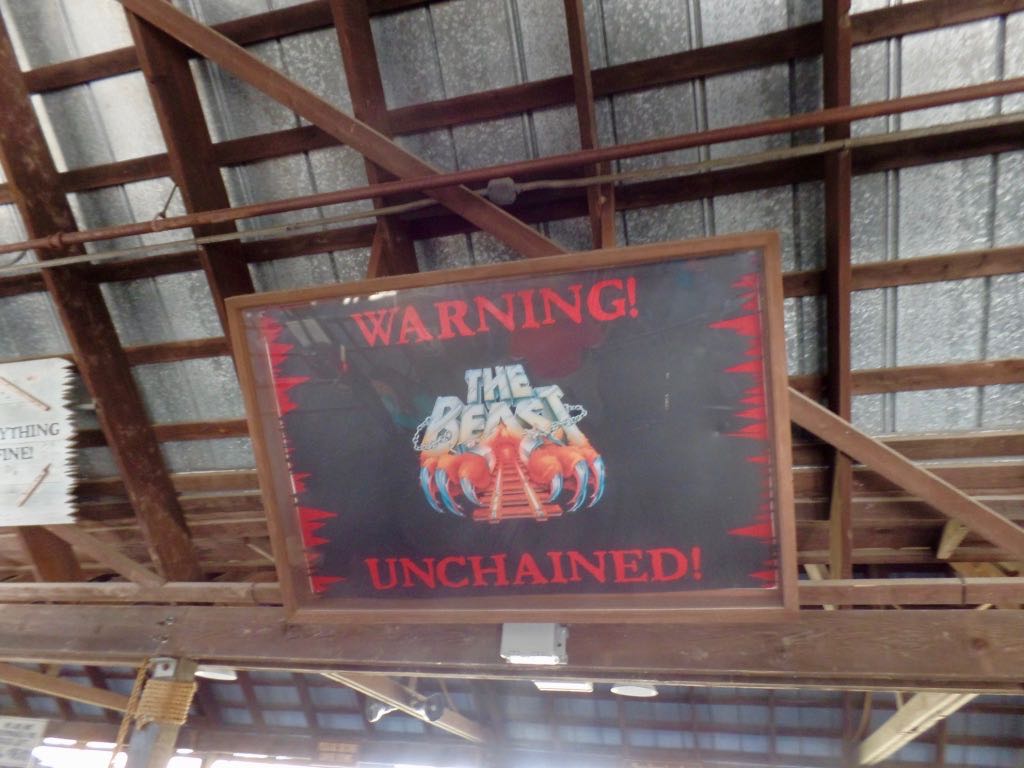 Part of the atmosphere of the Beast's station. 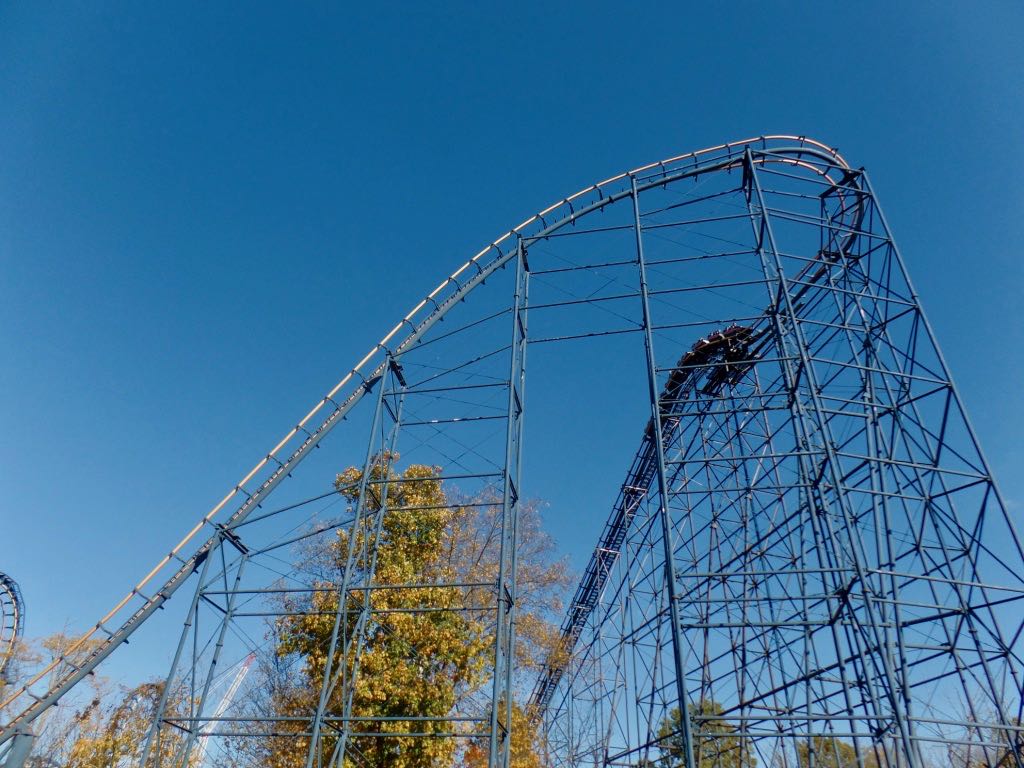 Vortex train just reaching the top of its lift hill. 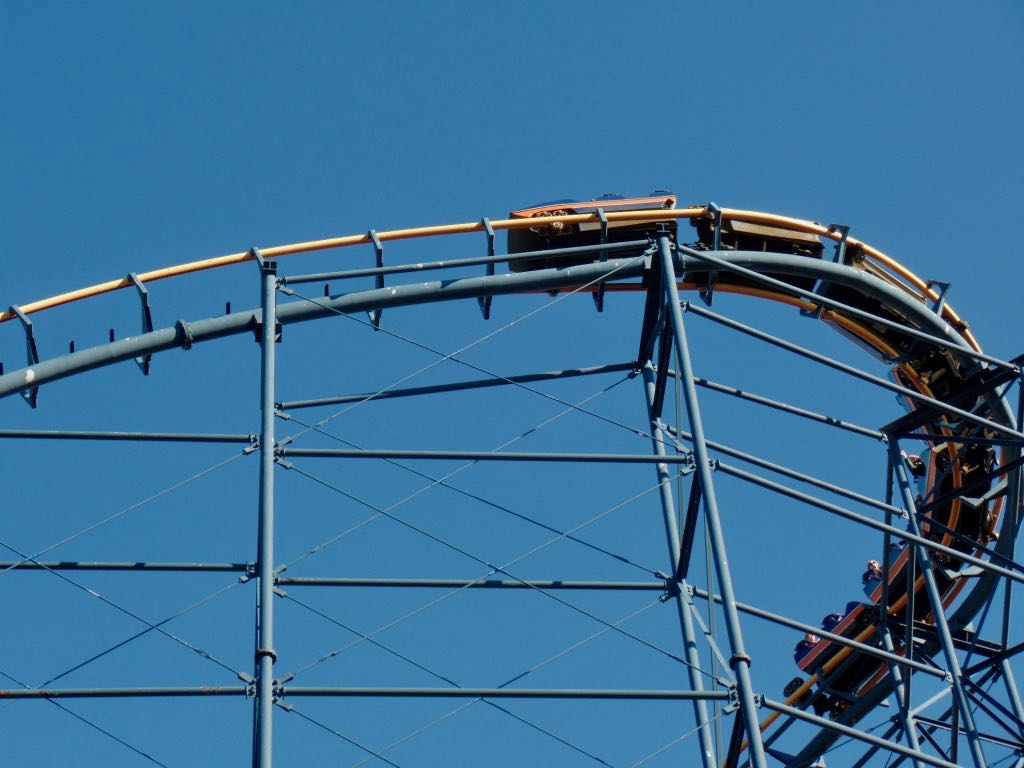 And a train on Vortex going from the top of the lift hill to the first drop. Note how the sky has decided to be absolutely perfect. Vortex dropping. I could have sold this as a postcard. You can even see the upstop wheels, on the underside of the train tracks, keeping the roller coaster on the rails. 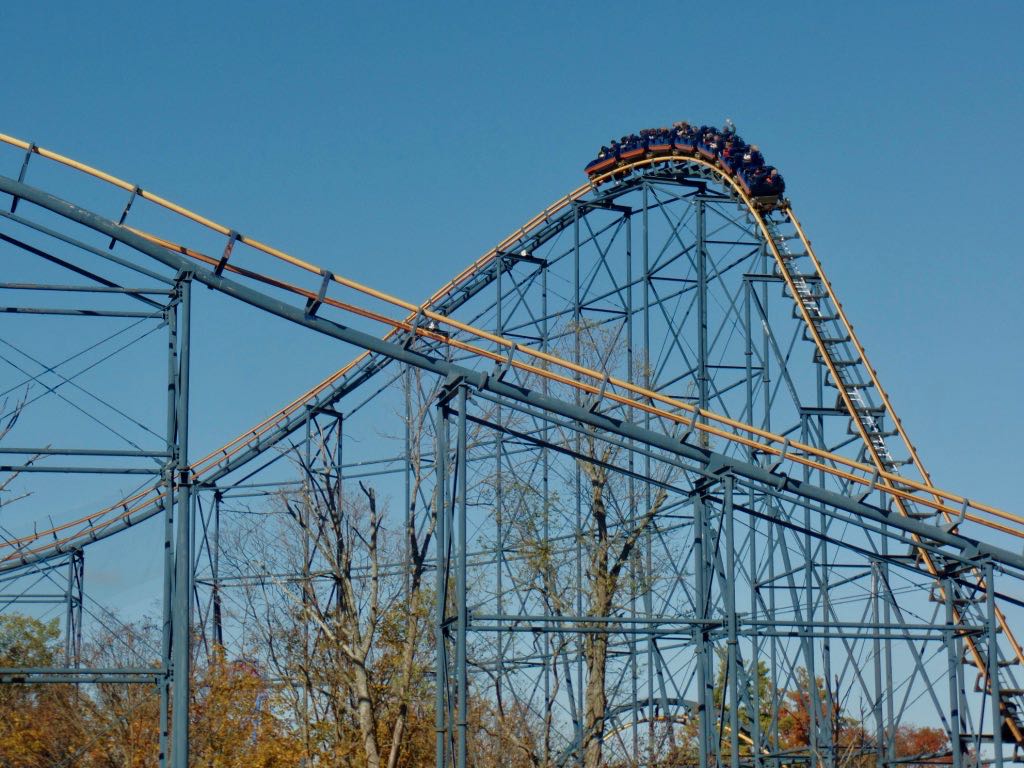 Still more of Vortex as seen from The Beast and another picture that could be a postcard.

Trivia: By 1856 Charleston, South Carolina, had invested about a million dollars of city funds in the Nashville & Chattanooga and in the Memphis & Charleston railroads. Source: The Railroads of the Confederacy, Robert C Black III.