I love to see the wind in your hair

So we didn't quite make it, on our vegetables storage. We were doing all right; it was going to be tight but not impossible. But then we learned that

bunny_hugger's parents expected we'd be bringing greens with us and our rabbit for Christmas. And that's nearly a whole extra week and we were just not stocked up for that.

It's all right. Our farmer's market, on the west side of town, has a pickup system set up. And with lovely semi-old-fashioned simplicity too. A web form --- well, a Google form --- to write out your shopping list and submit it. They call when it's ready, and with anything that needs a substitute or can't be found. Give them your payment over the phone, drive in, and pick up. It's not quite our ideal but it's pretty close.

Also, we're learning a bit about just how many vegetables we could keep for extended times. The romaine stayed as fresh as we could hope, as did the mint, parsley, and cilantro. If we had more room in the crisper drawer we probably could have made the carrots and maybe dandelion greens last. It's good to know, although I don't know when we'll be able to apply this knowledge again.

And being under a strict quarantine's been doing good things for getting our pantry and freezer under control. We've been eating down, particularly, boxed pastas that are really easy to over-buy --- I mean, they're a dollar a box, what's to resist? --- and then not get around to eating. We probably could do another week to get the shelves completely under control but as it is, we're at least making things better.

And now ... we wait, for Vortex to finish its run. 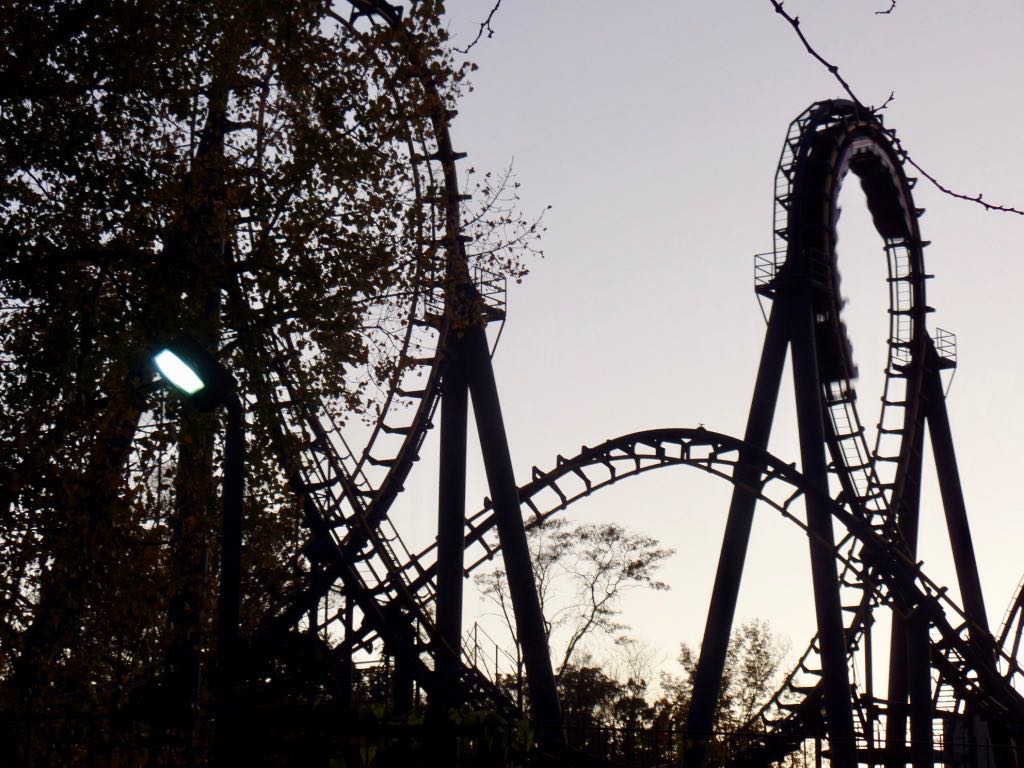 Vortex making one of its many loops again. I must have taken six hundred of these pictures and you're going to see EVERY SINGLE ONE of them. 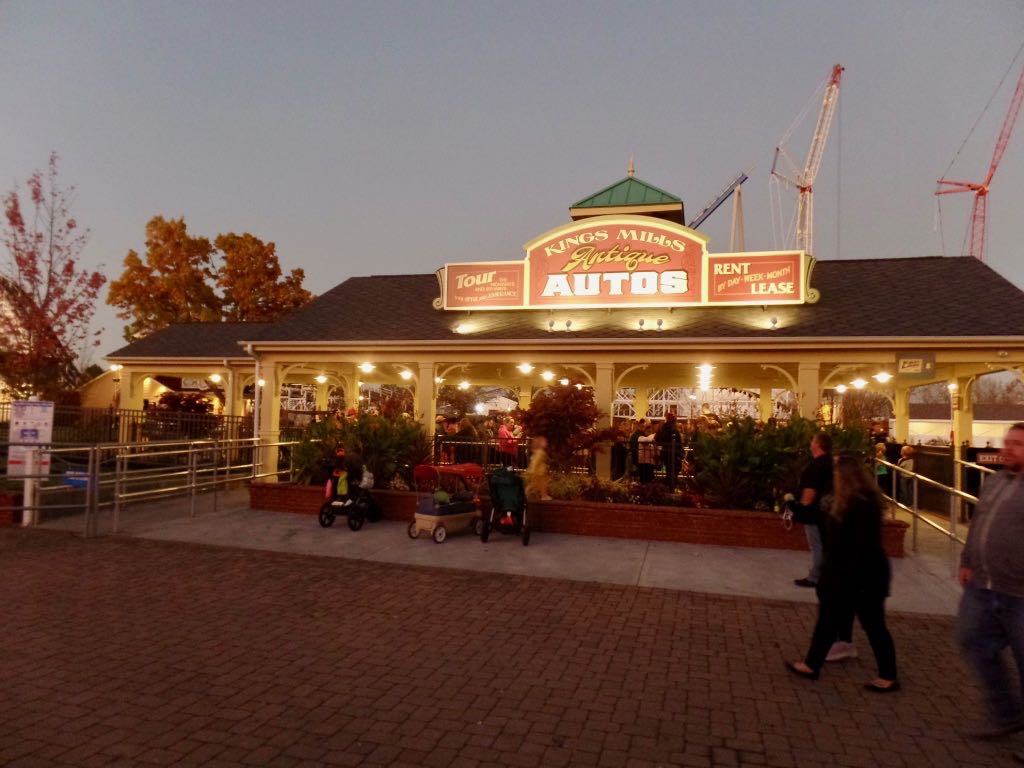 The Antique Autos ride illuminated and as it looked after park close. It also commanded a line after closing. 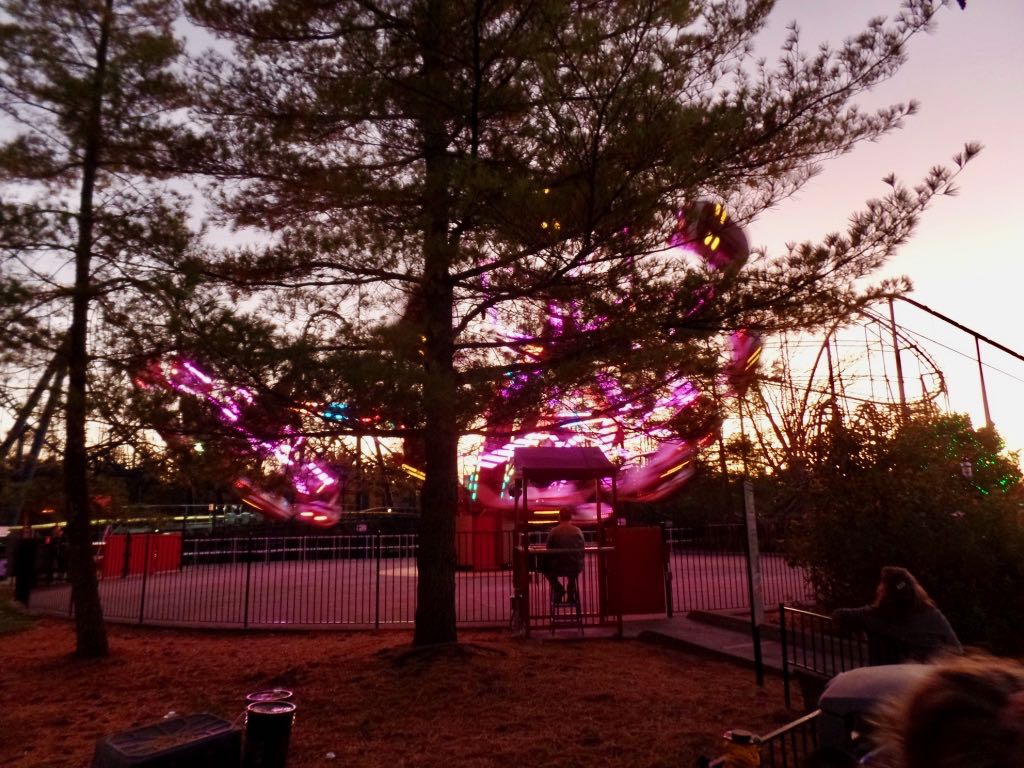 Shake, Rattle, and Roll, a Troika that the park's had since 1975 and that recently got this nice LED lights package. 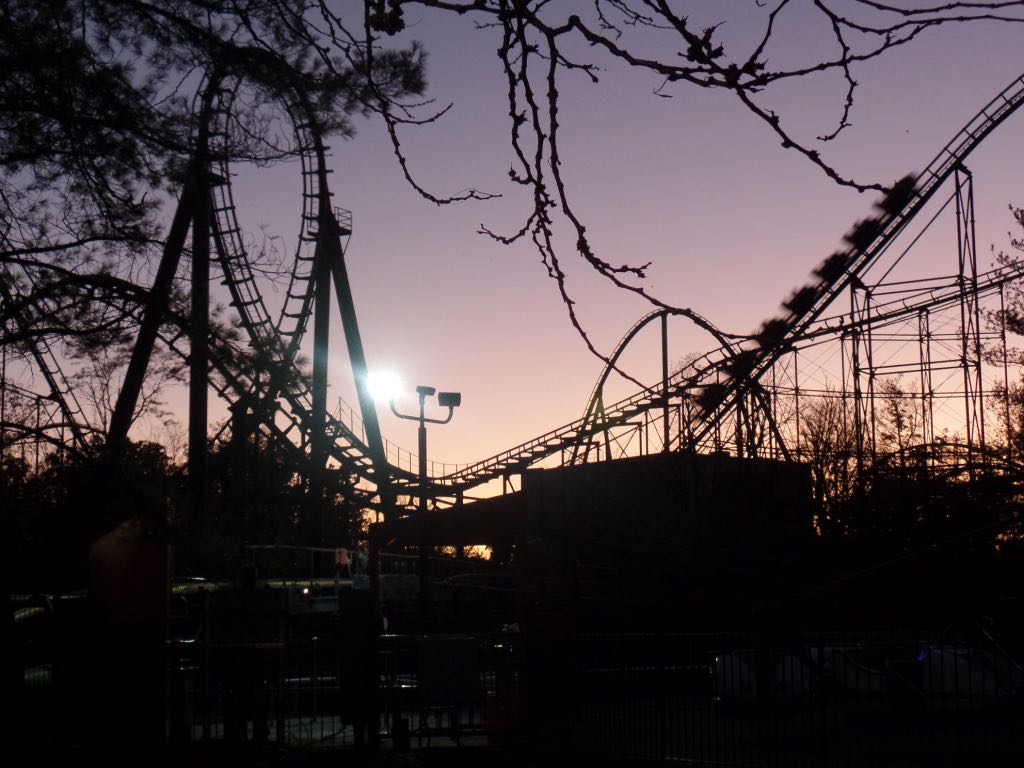 Sunset doing nice things for the sky behind Vortex. 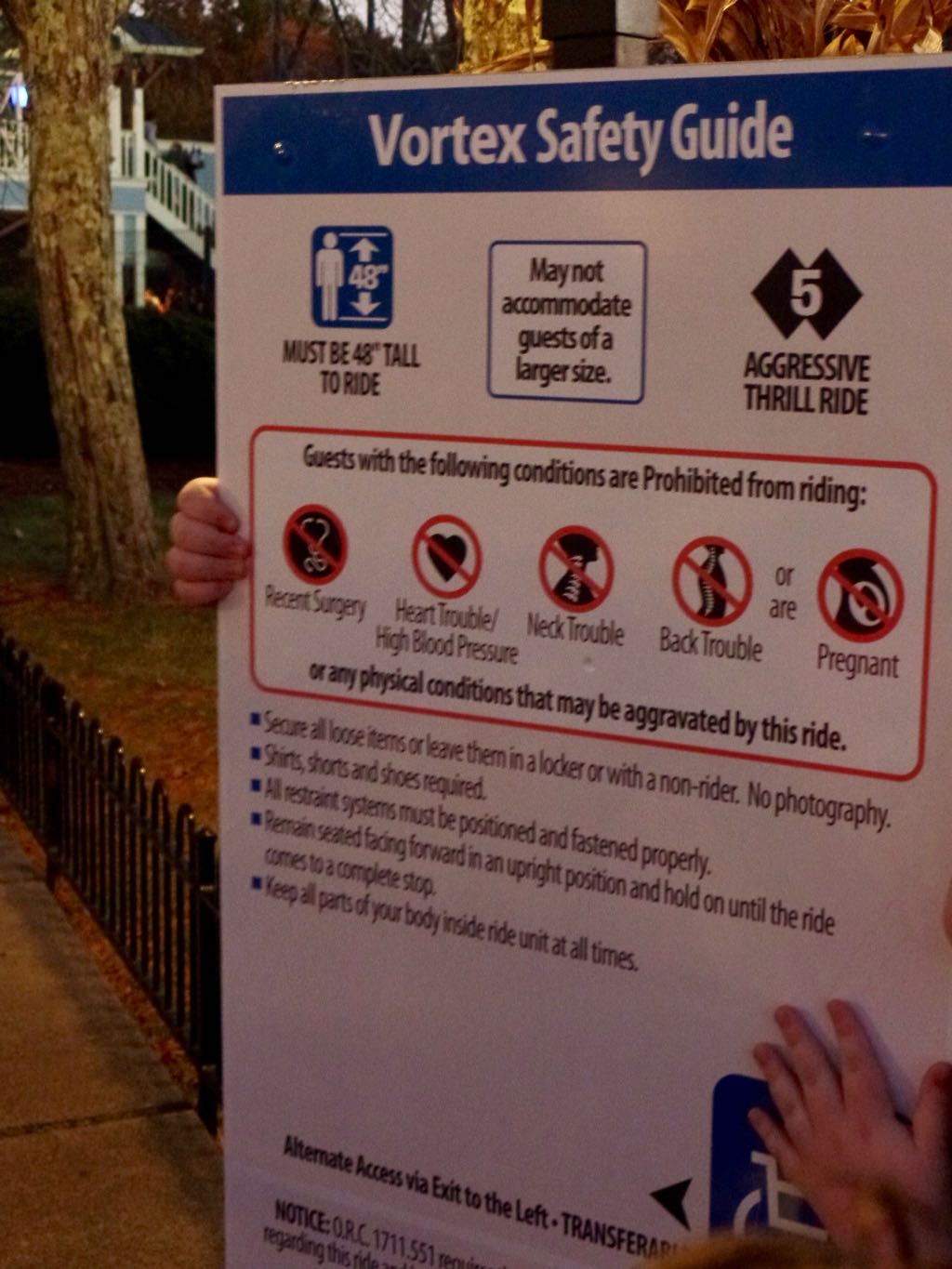 The safety guide for Vortex. I'm amused that any roller coaster is automatically rated as being at least a 4, but here, the 5 - Aggressive Thrill Ride designation was fair enough. 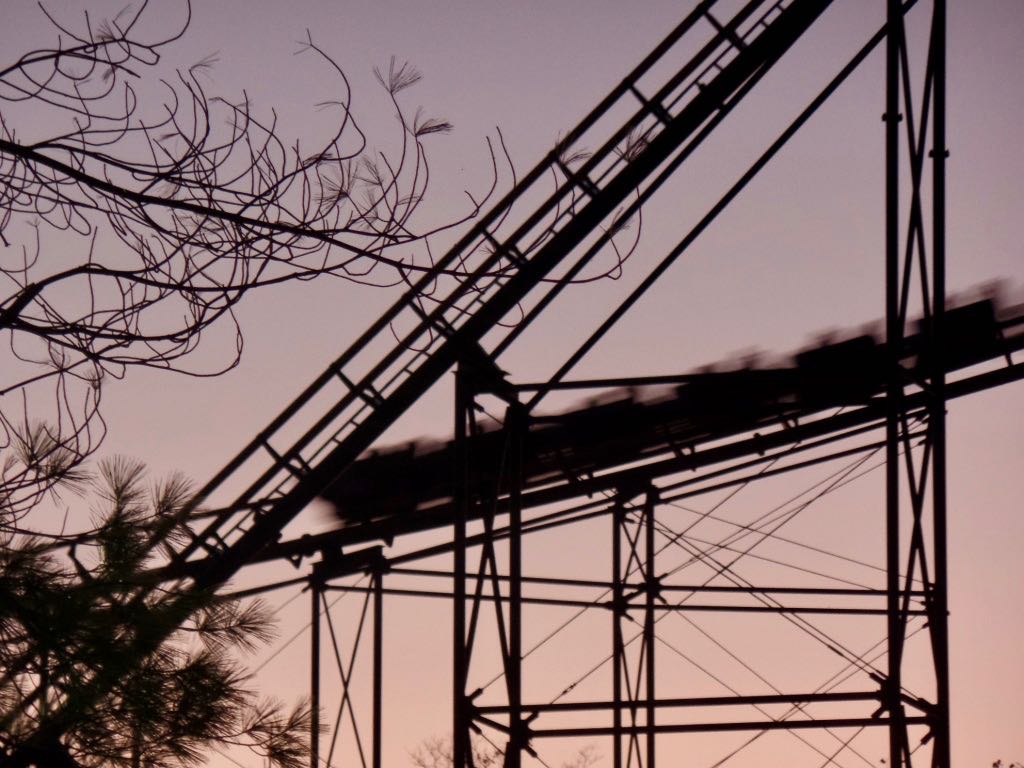 Motion shot of Vortex serving as an example of interior angles. 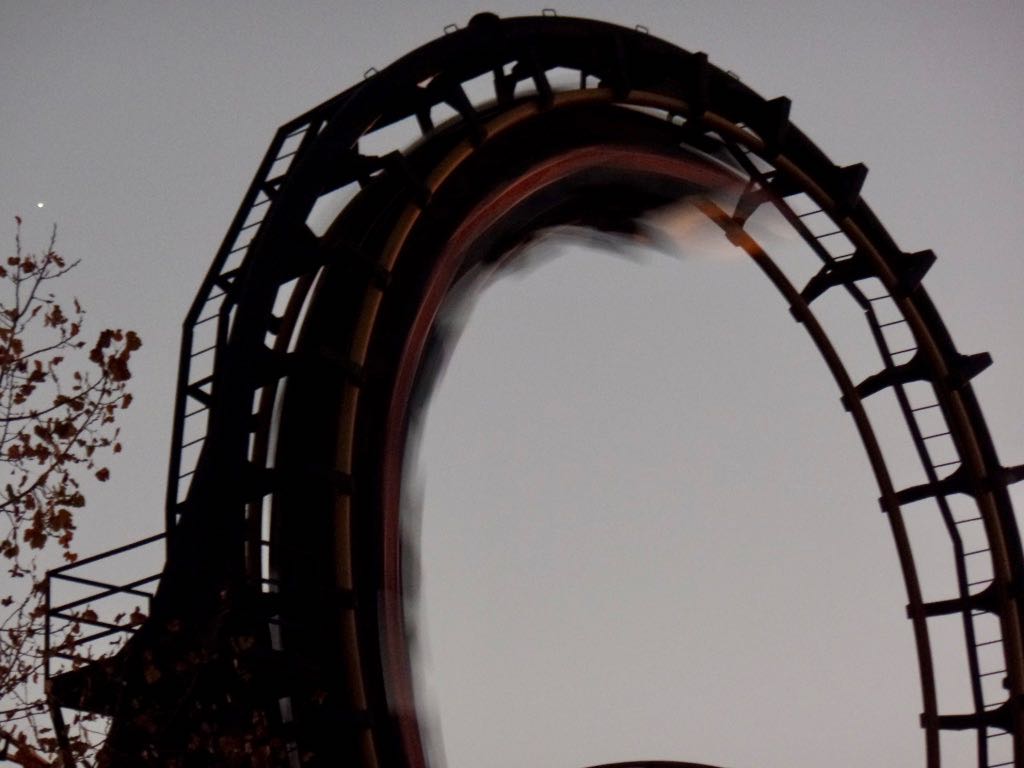 I got to see enough Vortex cycles I could start testing the limits of my camera's zoom and light sensitivity. 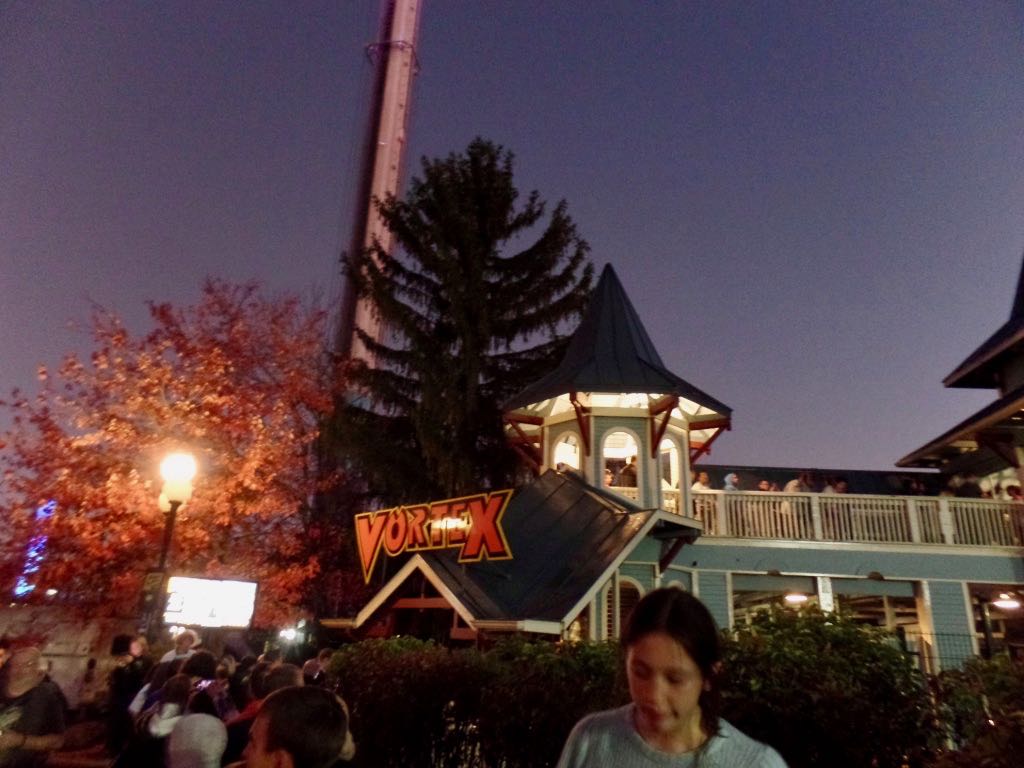 As the sky darkened we got to see Vortex's station lit up. A last look at Vortex's entrance. Note that even though it's sunset on the last Sunday of October, this is still plenty warm enough. 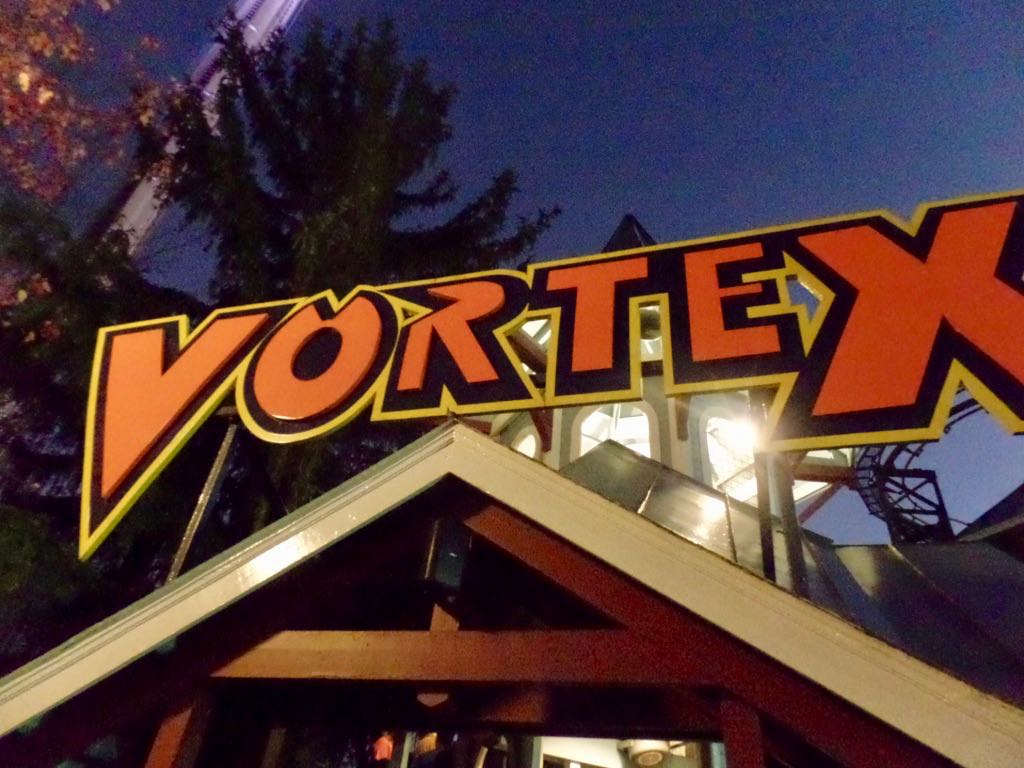 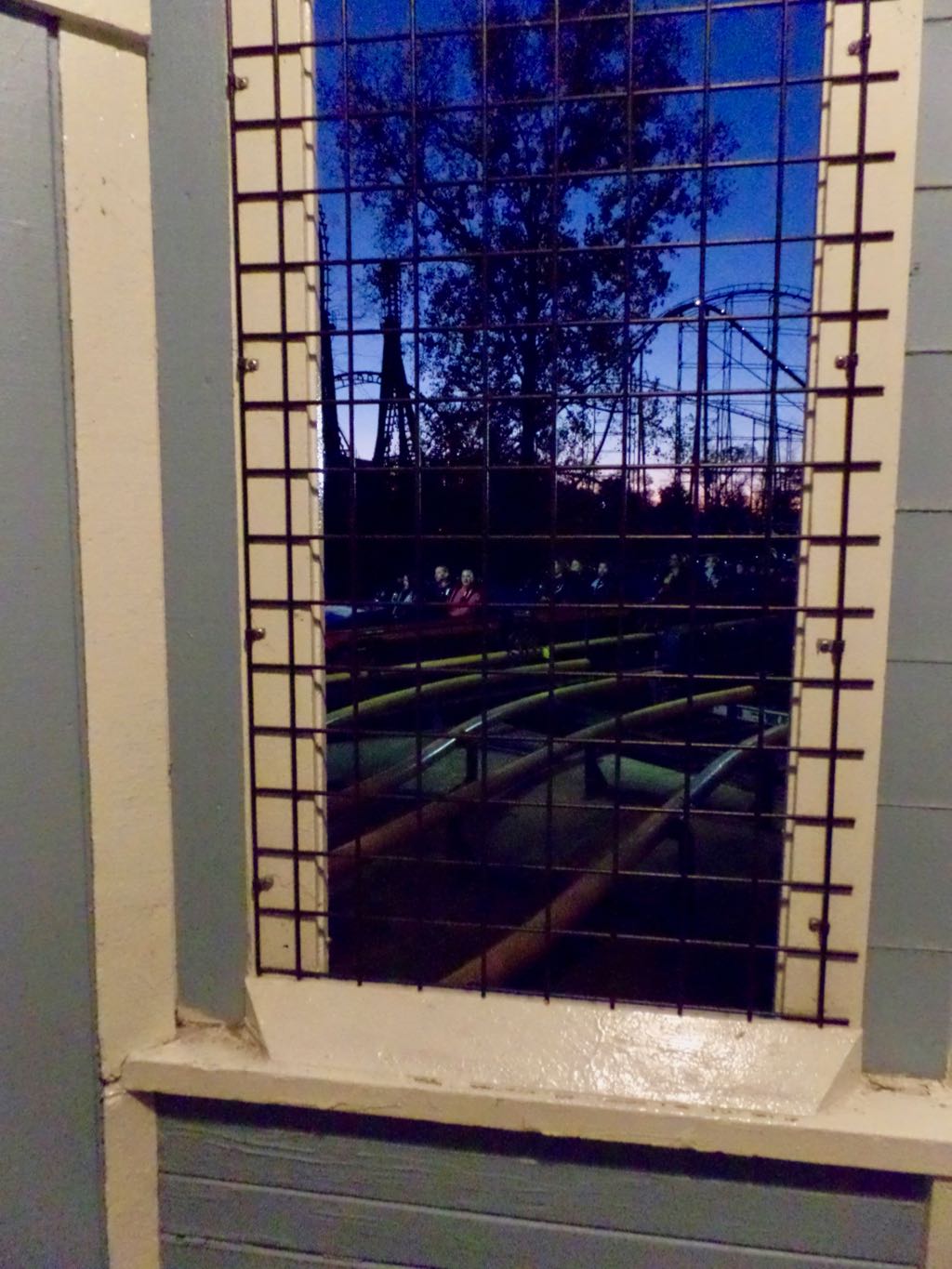 Looking out the belfry window to see an absolutely gorgeous sky. Also a Vortex train returning and waiting to reenter the station. 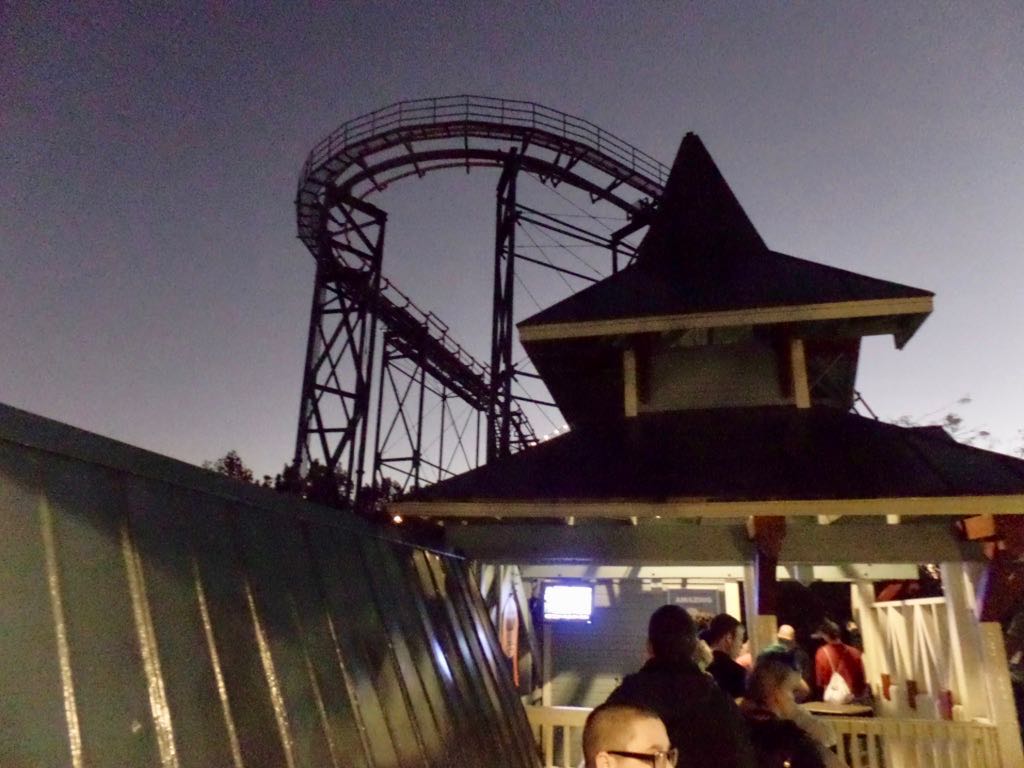 Sunset view of the widow's walk and one of the points where Vortex turns around.

Trivia: The Times of London thanked the Electro-Magnetic Telegraph for its being able to publish within 40 minutes an extra about the announcement of the birth of Queen Victoria's second son, Alfred Ernest, on 6 August 1844. Source: The Victorian Internet: The Remarkable Story of the Telegraph and the Nineteenth Century's Online Pioneers, Tom Standage.