bunny_hugger, and thank you for the gift of being with you this past year.

Now to the usual things on my humor blog, which hasn't just been Fatty Coon and Popeye cartoons lately: 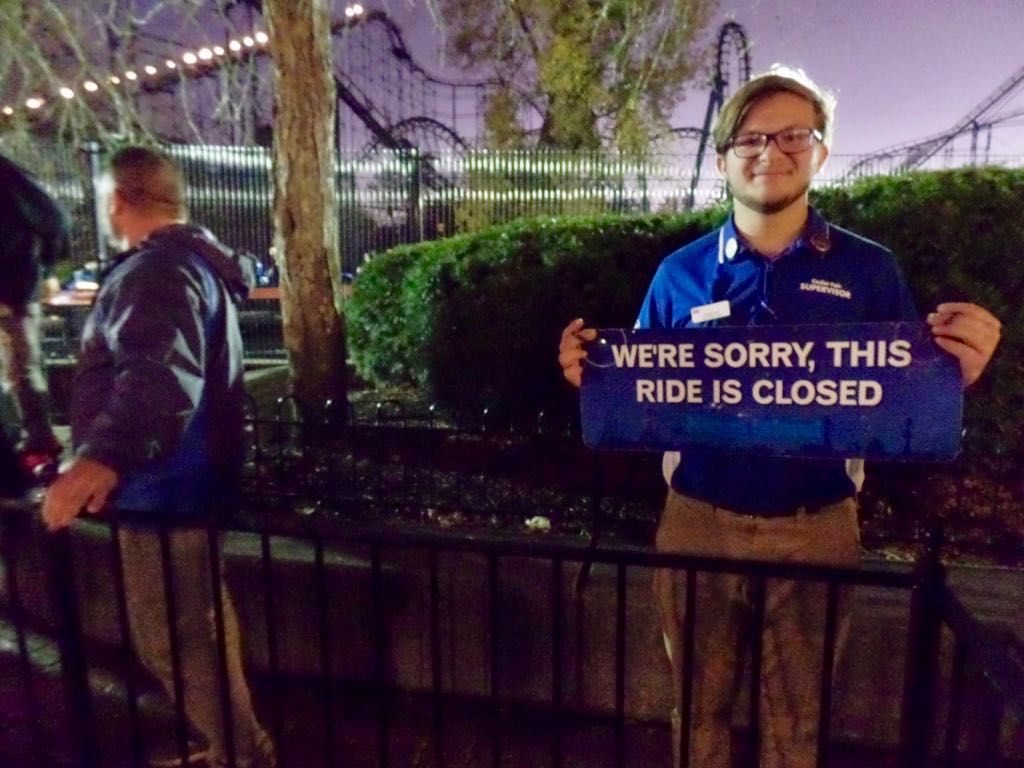 The ride operator who represented the end of the queue. 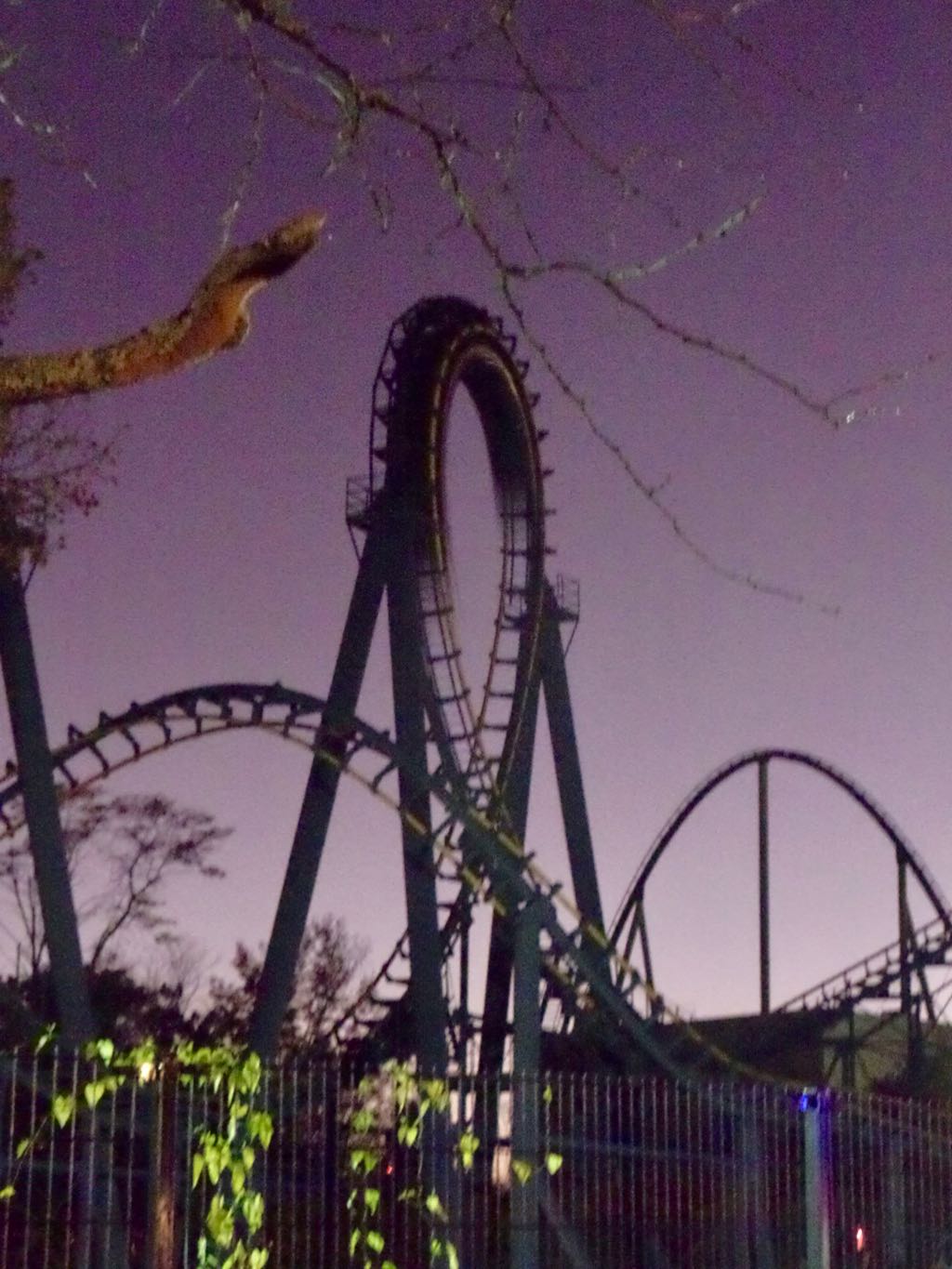 Vortex doing that loop again, only with a darker purple background here. 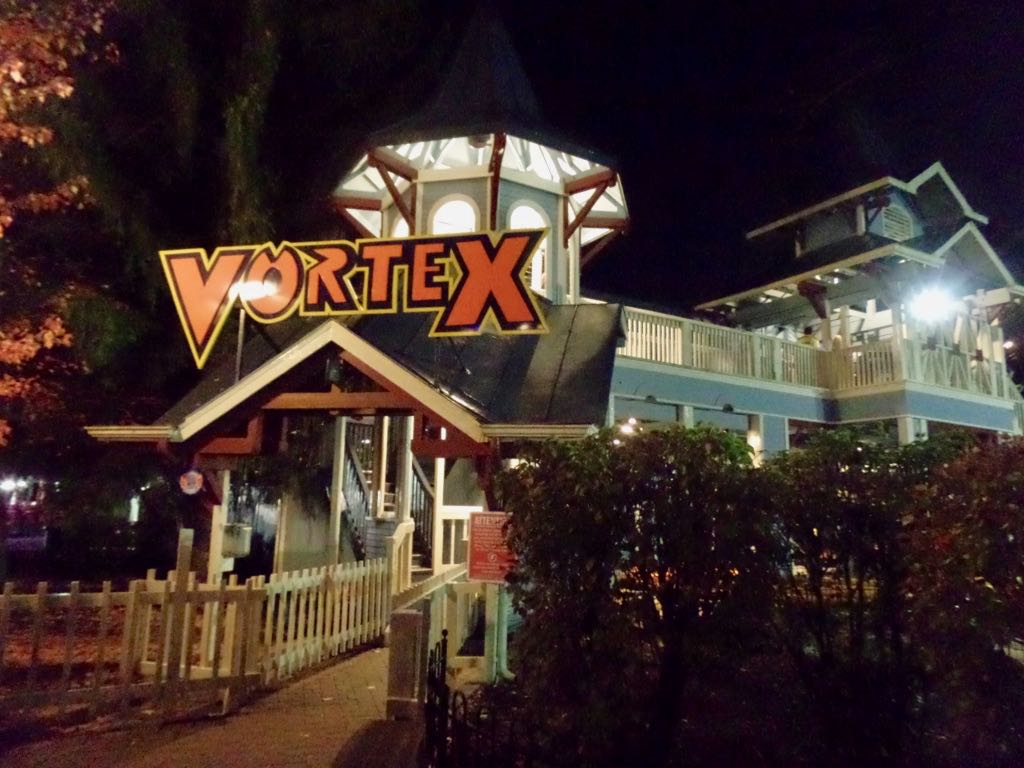 Vortex has already processed nearly the whole of its queue; this isn't even a half-hour after the park closed. 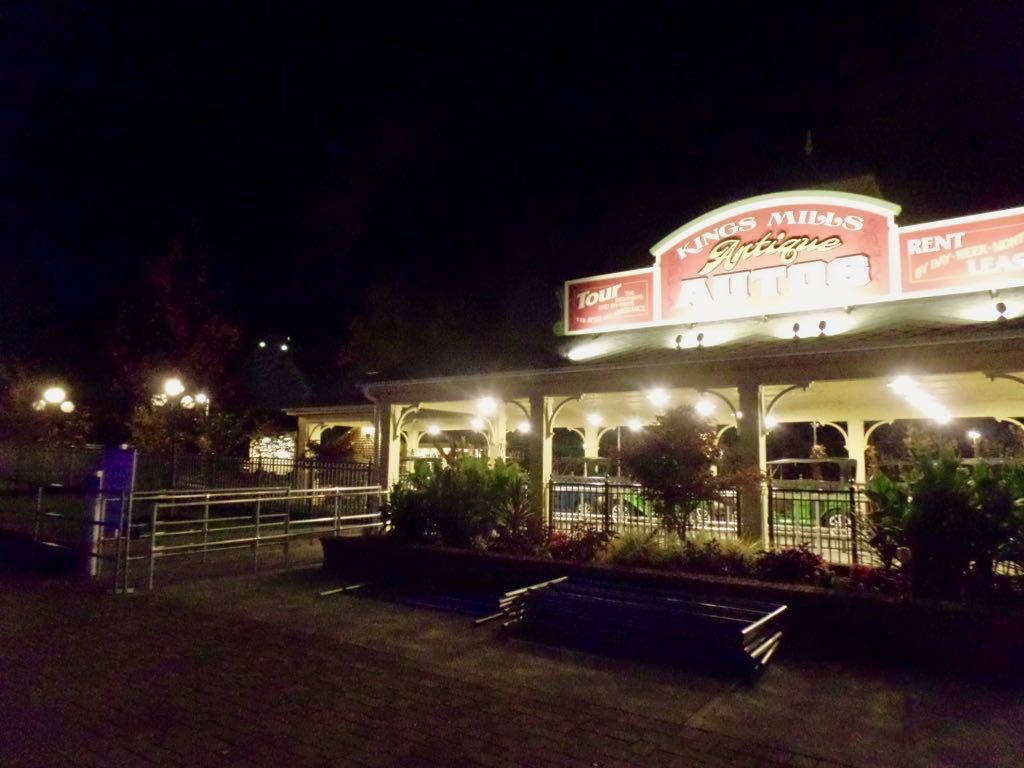 Antique Autos is wrapped up for the night, too. 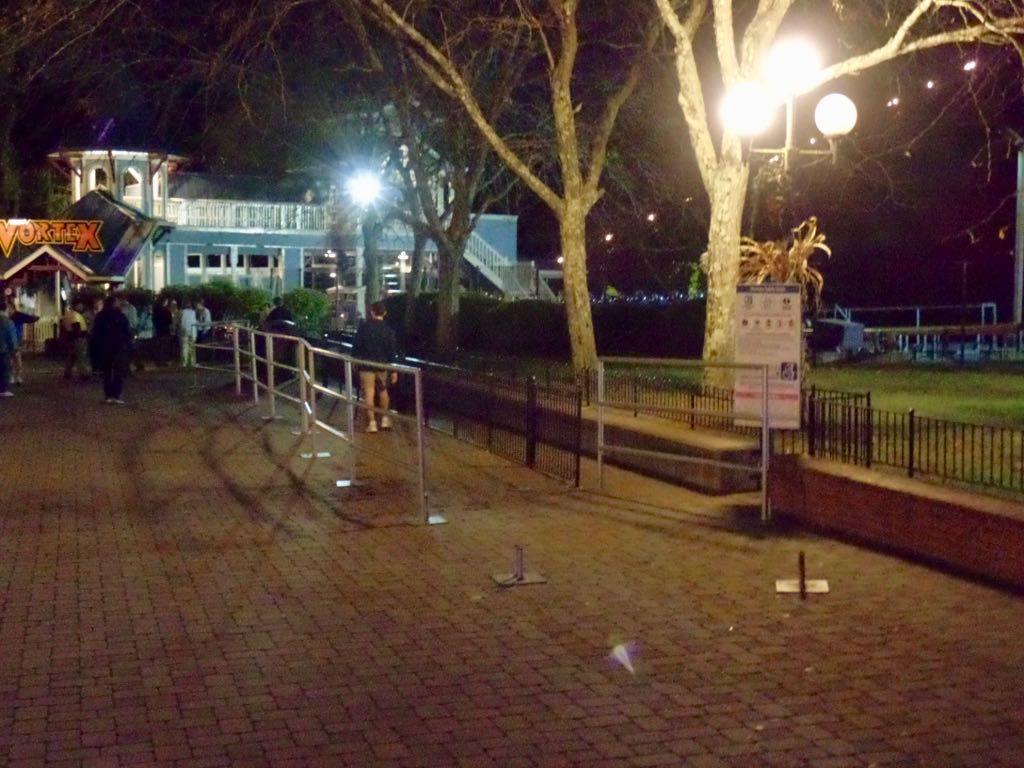 They had already started disassembling the temporary queue area. 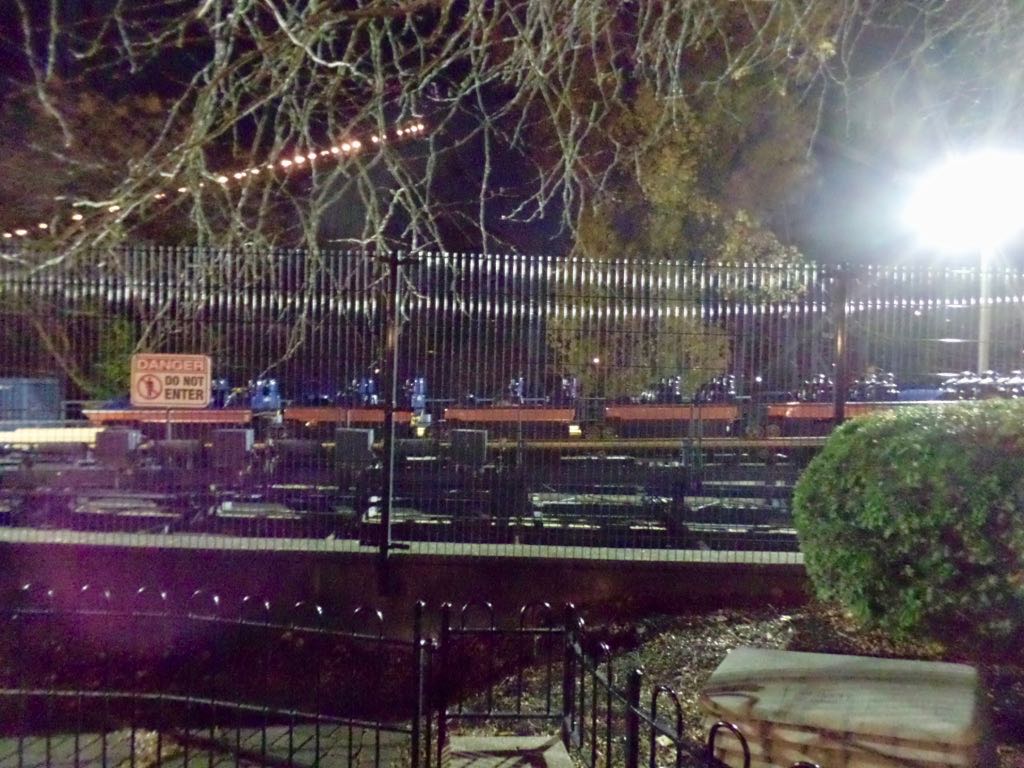 Vortex's last train; as it arrived, the crowd began calling out ``one more year'' which, as it turns out, wouldn't have done the ride any good anyway. 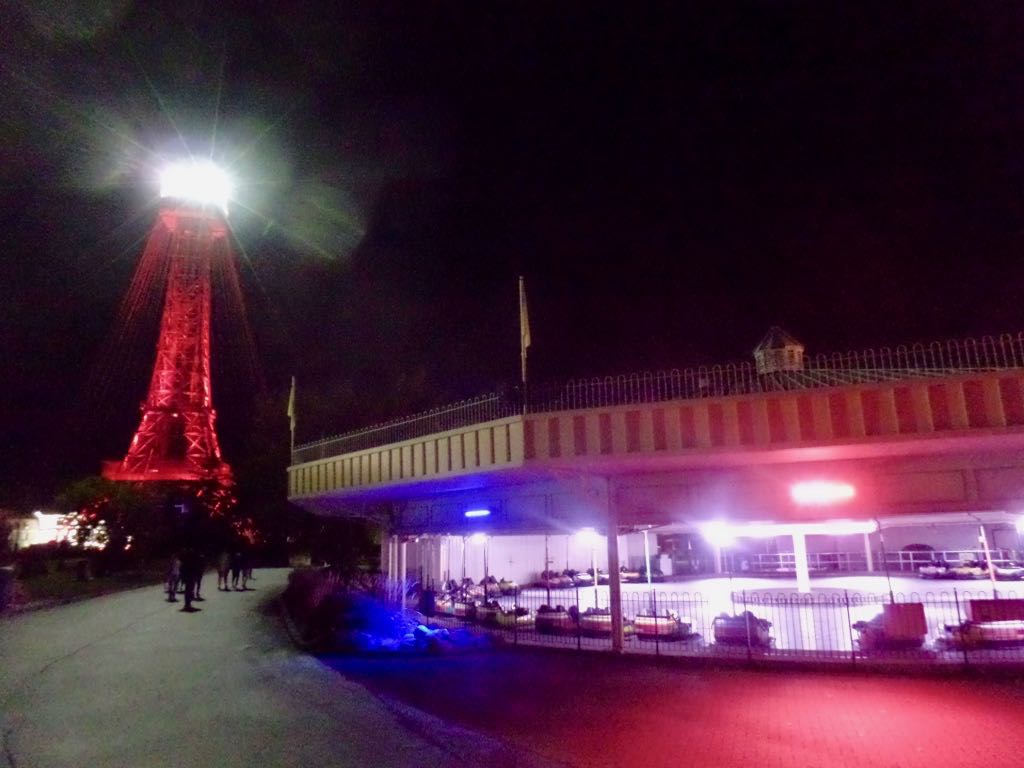 Walking back from the closed Vortex --- I suppose there were a couple rides going for park employees yet --- and seeing the bumper cars and the Eiffel Tower beyond that. 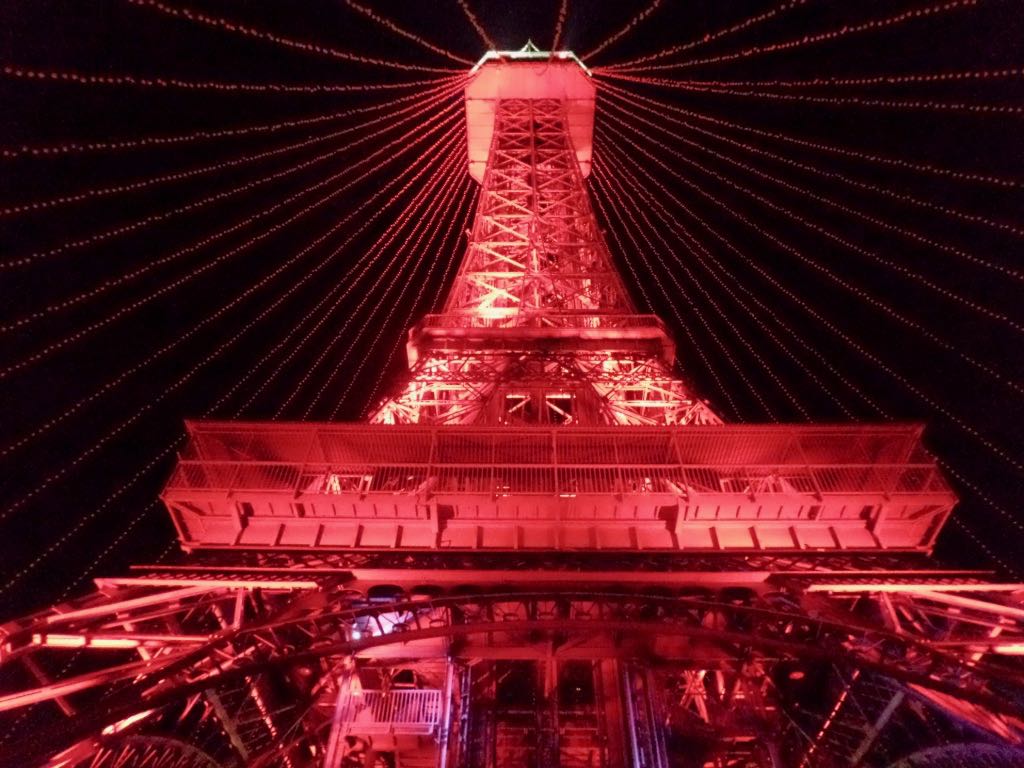 The Eiffel Tower at night, with the strands around it. We didn't have the time to get over and see it by night properly. We did think about maybe in 2020 coming down for a Halloweekends trip here too, but, yeah. Maybe 2021. 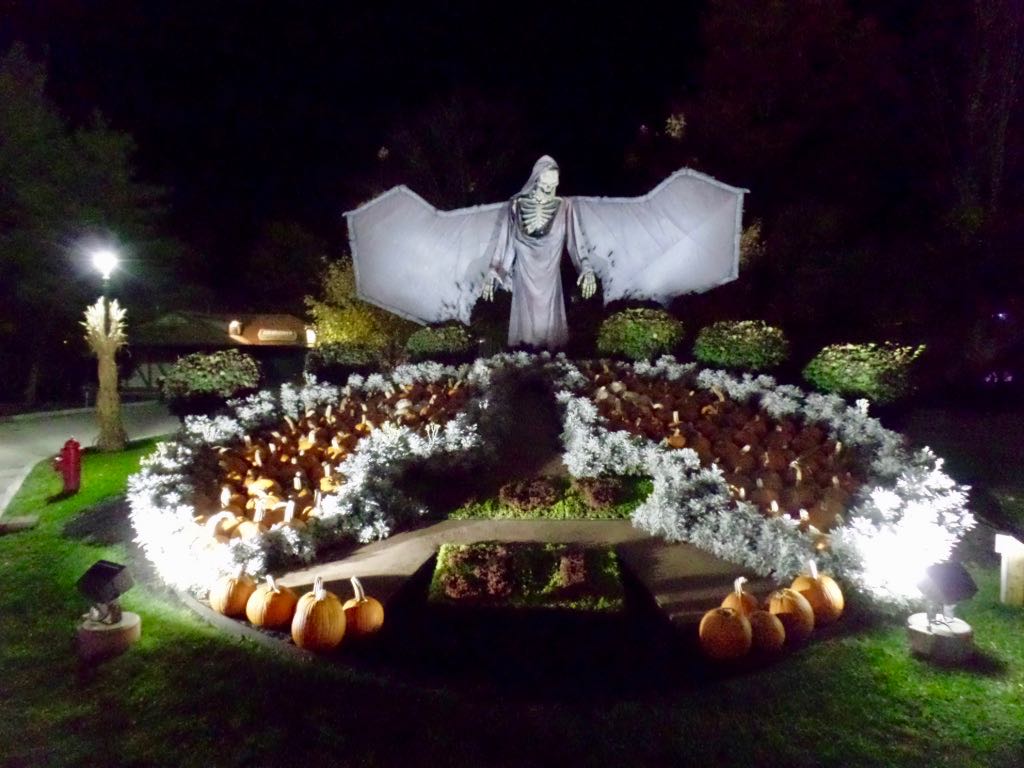 Kings Island's floral calendar, which was set to show Oct 31; it was actually the 27th. I don't know if that was done for the whole of Halloweekends or just for the final weekend of the season. 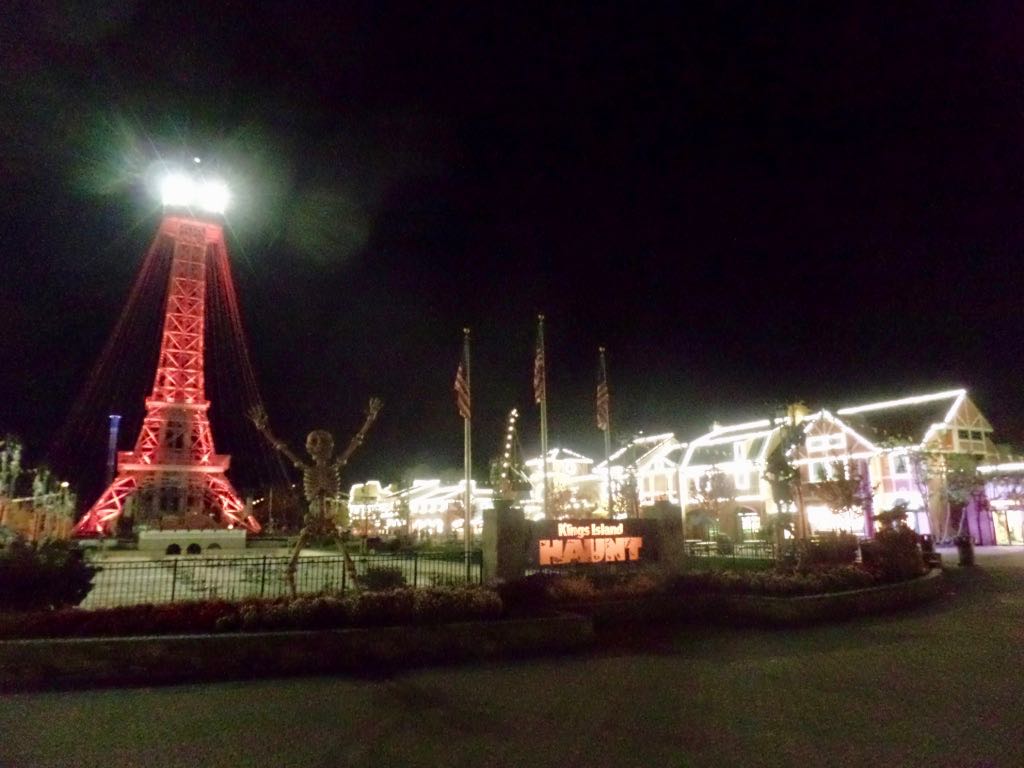 A last look at Kings Island's Midway, from the front of the park, as we left. Our last moment in an amusement park to date.

Trivia: The oldest still-standing railroad station in New Jersey is one in Berlin; when built in 1856 the town was known as Long-A-Coming. Source: Railroads of New Jersey: Fragments of the Past in the Garden State Landscape, Lorett Treese. (The building is now on the national and state registers of historic places and is not a working passenger station.)