I put a spell on you

I'm rather busy keeping Christmas so I'll tell you later about things done for Christmas. Speaking of which, on my mathematics blog I take the chance To repeat my thoughts about Arthur Christmas, which is really just pointing to essays I wrote in the past. But hey, that's useful too.

And on the humor blog I share 60s Popeye: Love Birds, a cartoon that really shows Paramount Cartoon Studios at the heights of its adequacity.

I'm done with Kings Island, I'm a bit sad to admit. So let's get to Halloween of 2019! Remember Halloween? 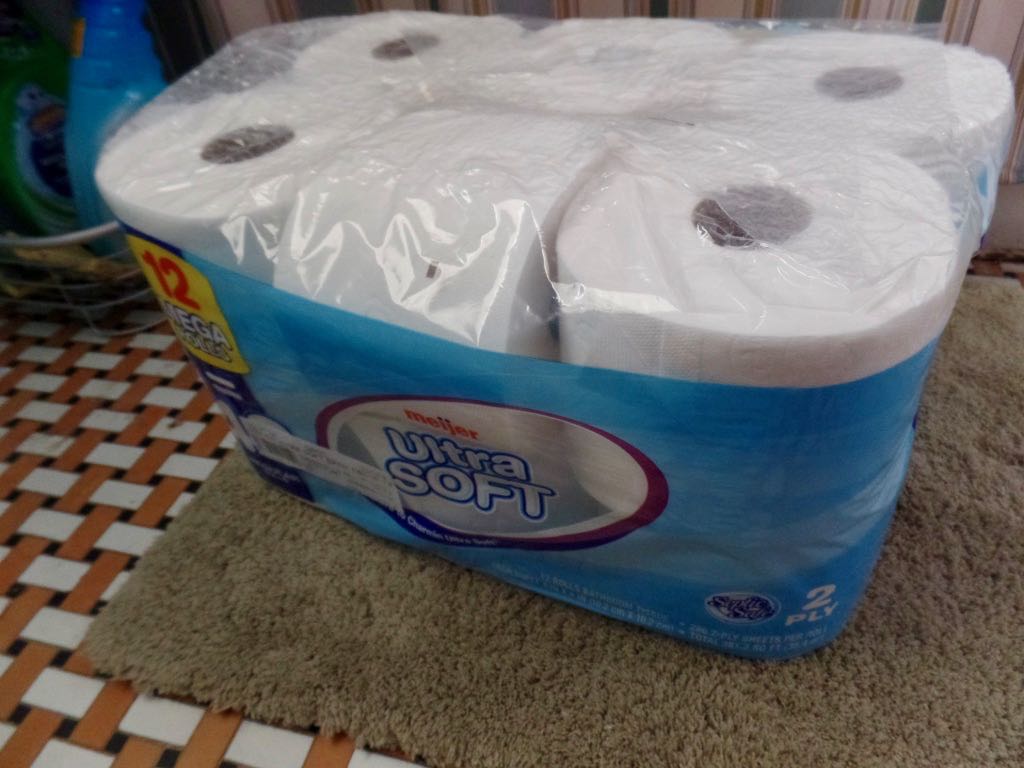 Actually a photograph from October 2019, not this year. I was wondering about the story of that one roll of toilet paper that got itself turned sideways. I've since seen other bundles of toilet paper like this, with one of the center rolls sideways, so it must be something in production that causes this quirk to sometimes happen. Why? Well, that's a question, sure. 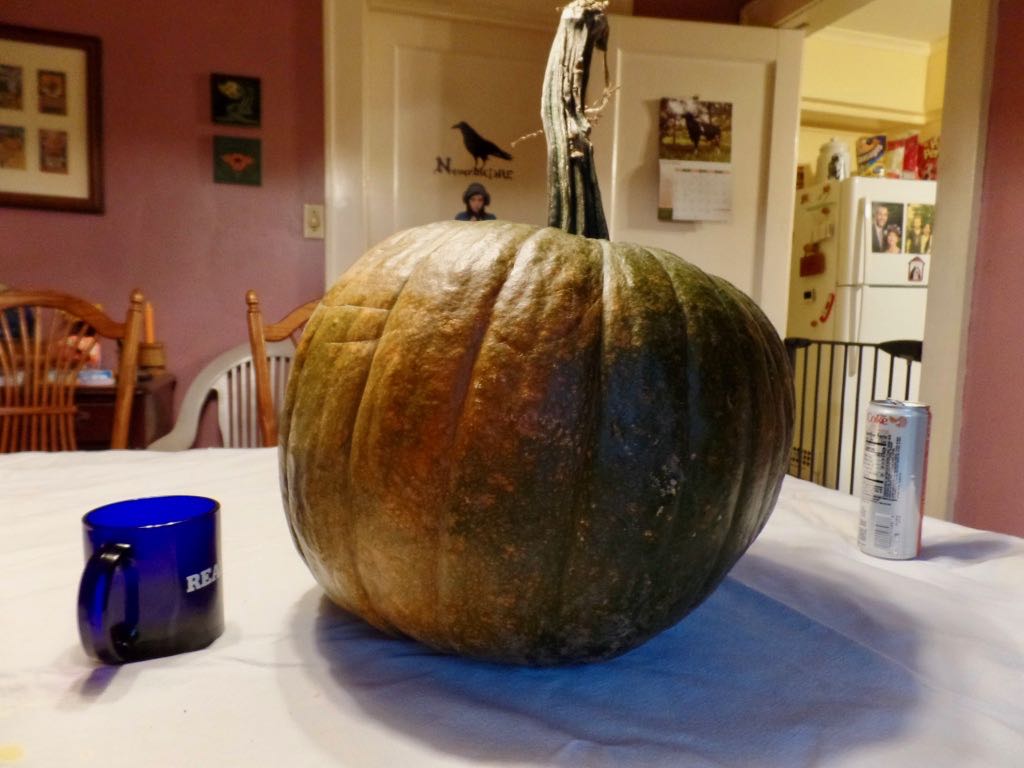 bunny_hugger's parents the day before Halloween 2019 to carve. 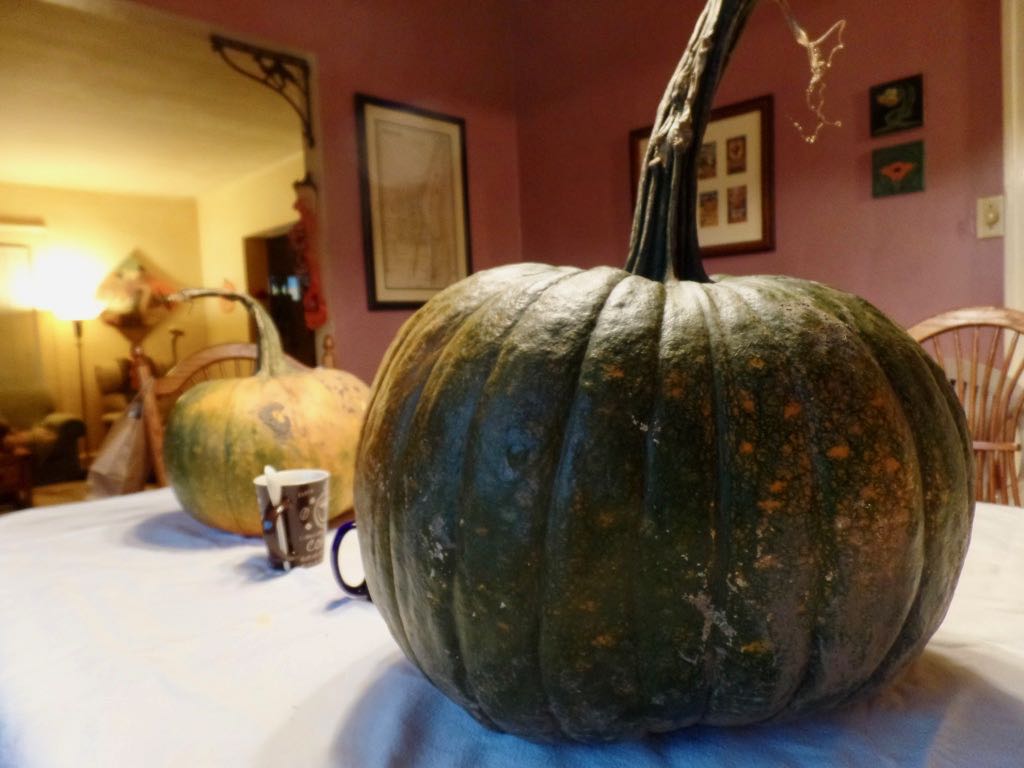 I think we had some excellent pumpkins, in shape and color and stem-having, here. 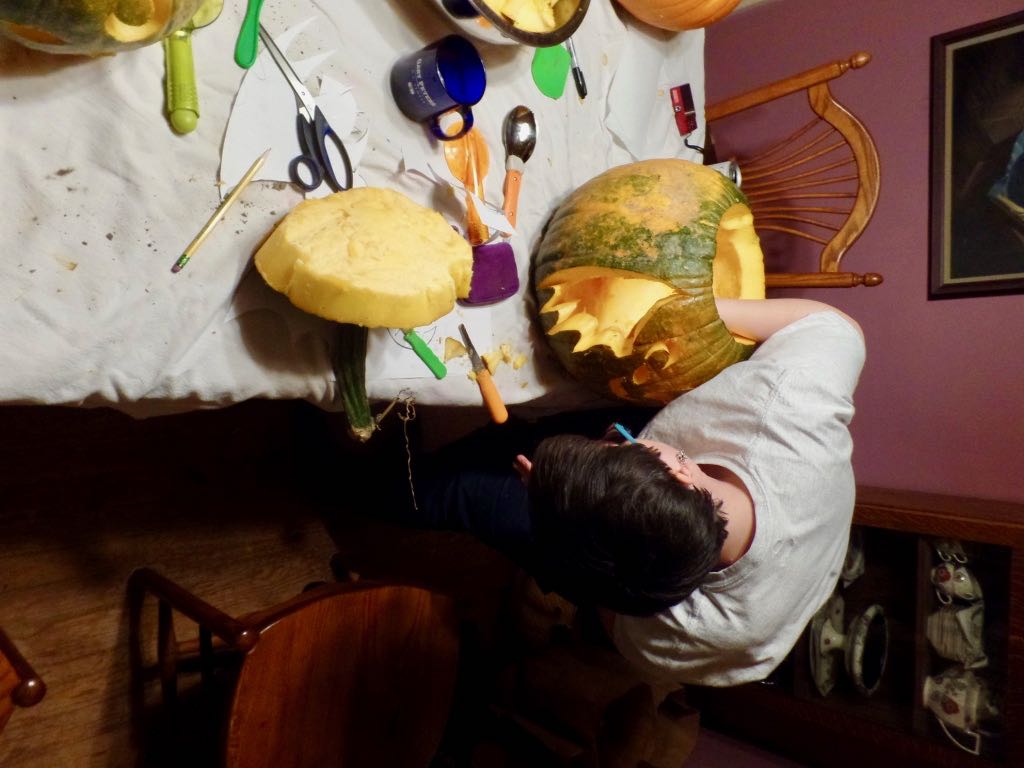 bunny_hugger hard at work cutting out all the non-lantern parts of her jack-o-lantern. 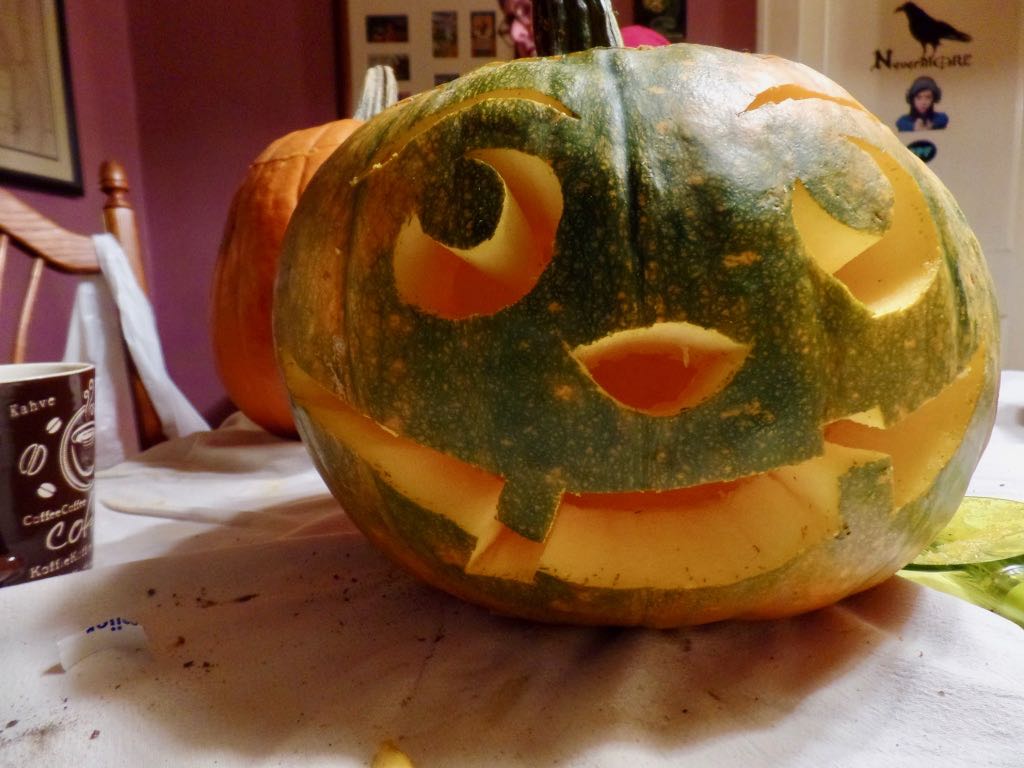 Here's my pumpkin. I'd decided to go for a cheery, happy face this year and one with complicated eyes. The eyebrows are a thing I can't resist doing. bunny_hugger's; she went with a bat design. 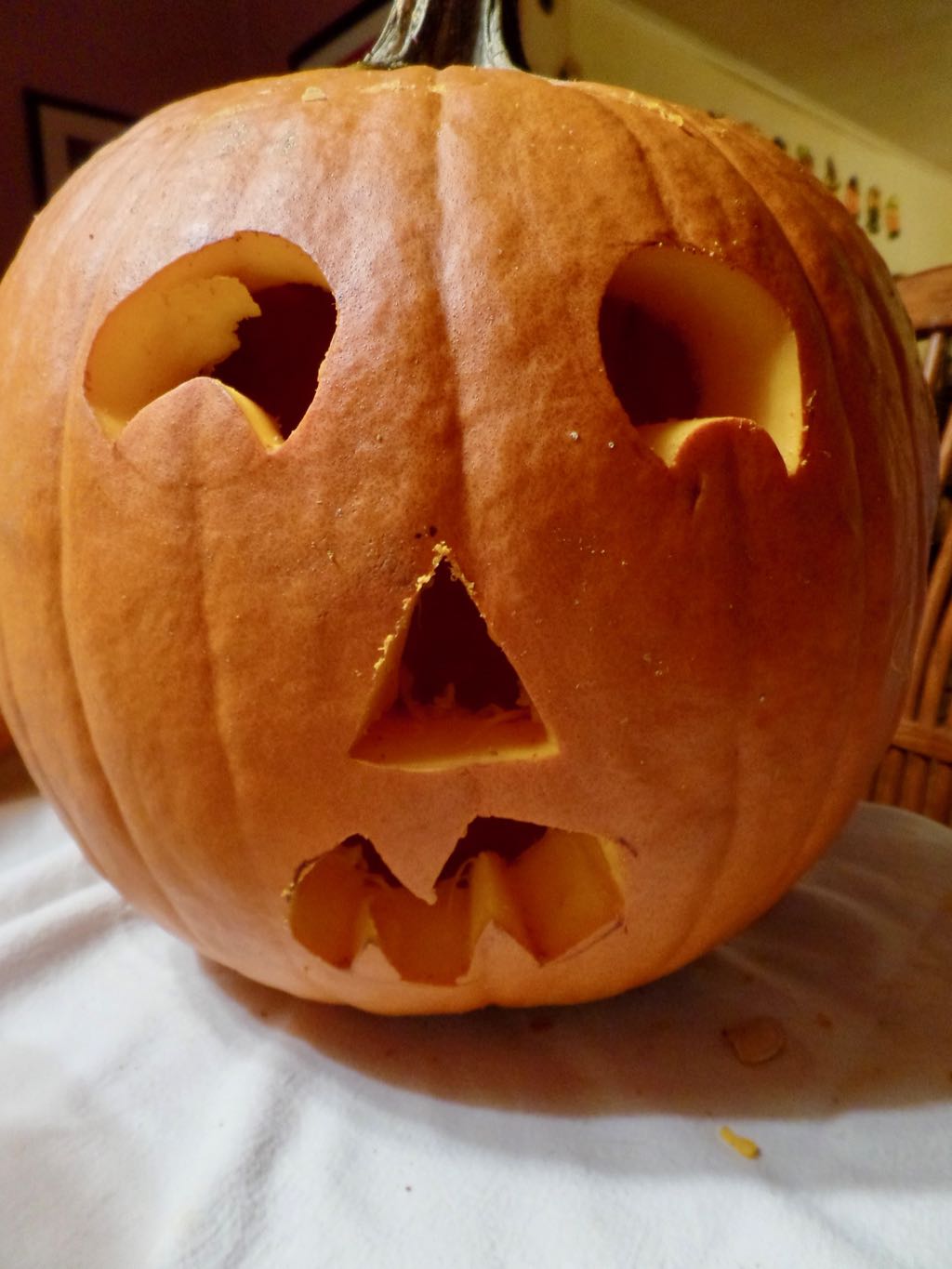 bunny_hugger's father did his traditional pumpkin. 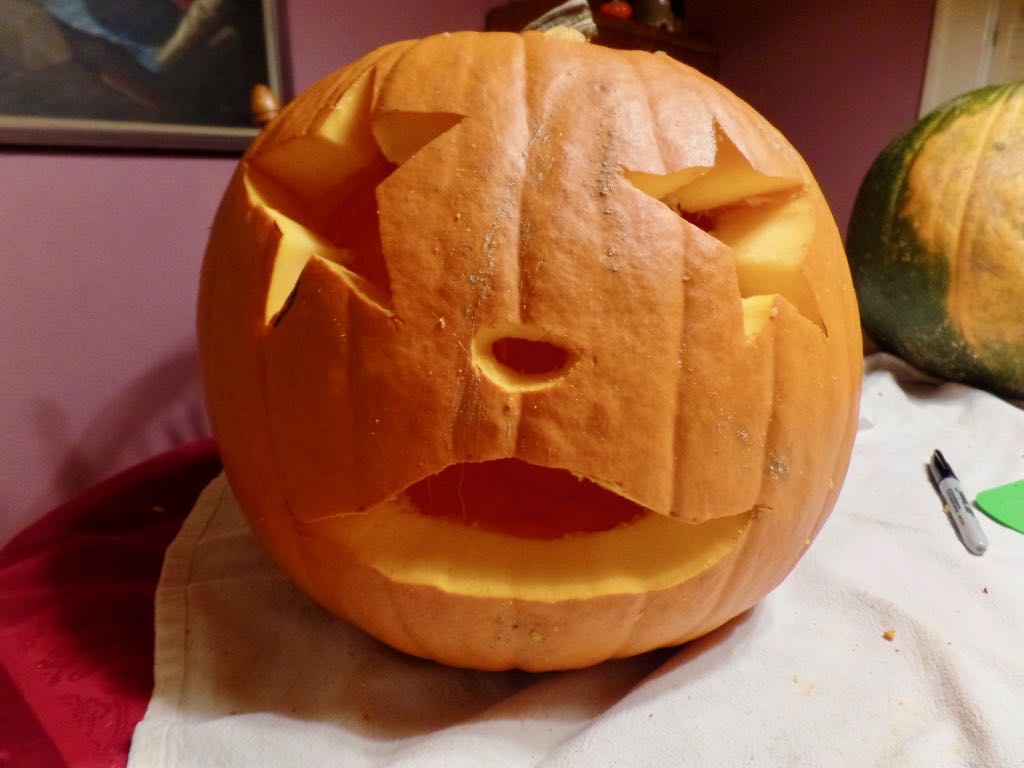 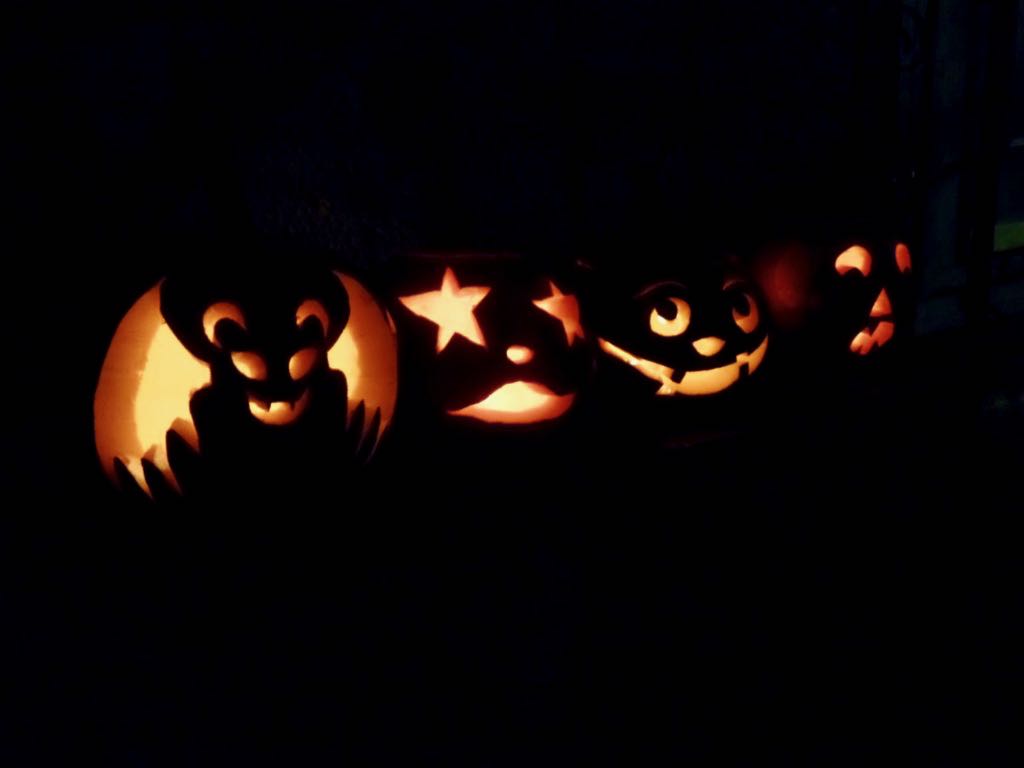 Here's what all our pumpkins looked like lit up and set on her parents' porch. I really like how wide I made the mouth even if it meant the candle blew out every twenty seconds.

Trivia: In 1669 the Ottoman Empire sent ambasador Suleiman Aga to Versailles. He wore a simple wool coat and refused to bow to Louis XIV, addressing the Sun King as an equal. The ambassador was promptly banished to Paris. Source: A Splendid Exchange: How Trade shaped The World, William J Bernstein.