Roll out the barrel, we've got the blues on the run

Still keeping Christmas, although I figure to share some of it soon. In the meanwhile, why not enjoy a bit of, mostly, Marvin's League from early November 2019? That's right, we're back to pinball events. Enjoy them while they last! 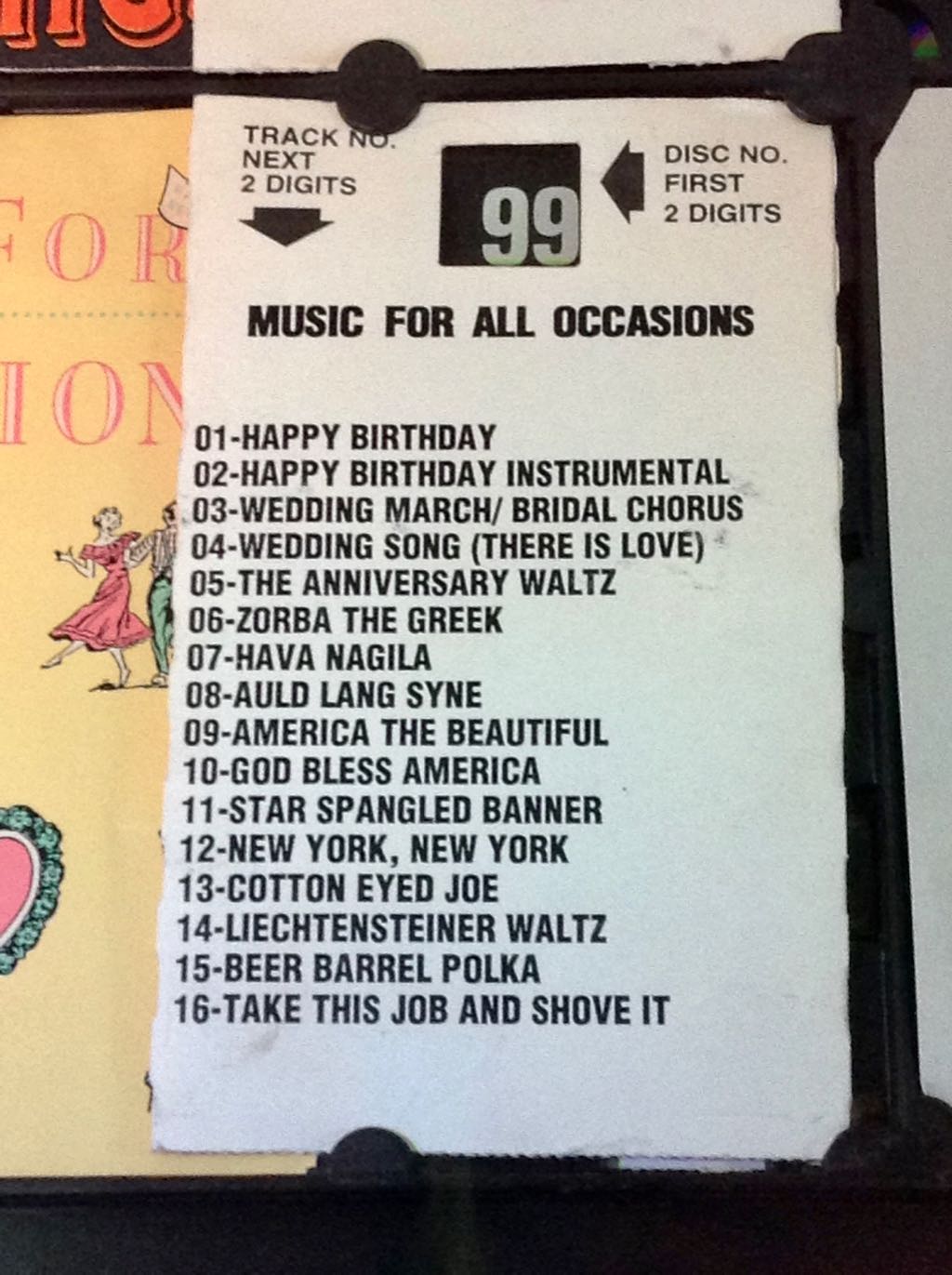 Not from Marvin's; actually, this is from Fremont, on the other end of the lower peninsula. They have a jukebox at the Special When Lit facility and this card promised Music For All Occasions and, yeah, in 16 songs they cover pretty much every occasion, don't they? (OK, but how does Zorba the Greek make the shortlist here?) 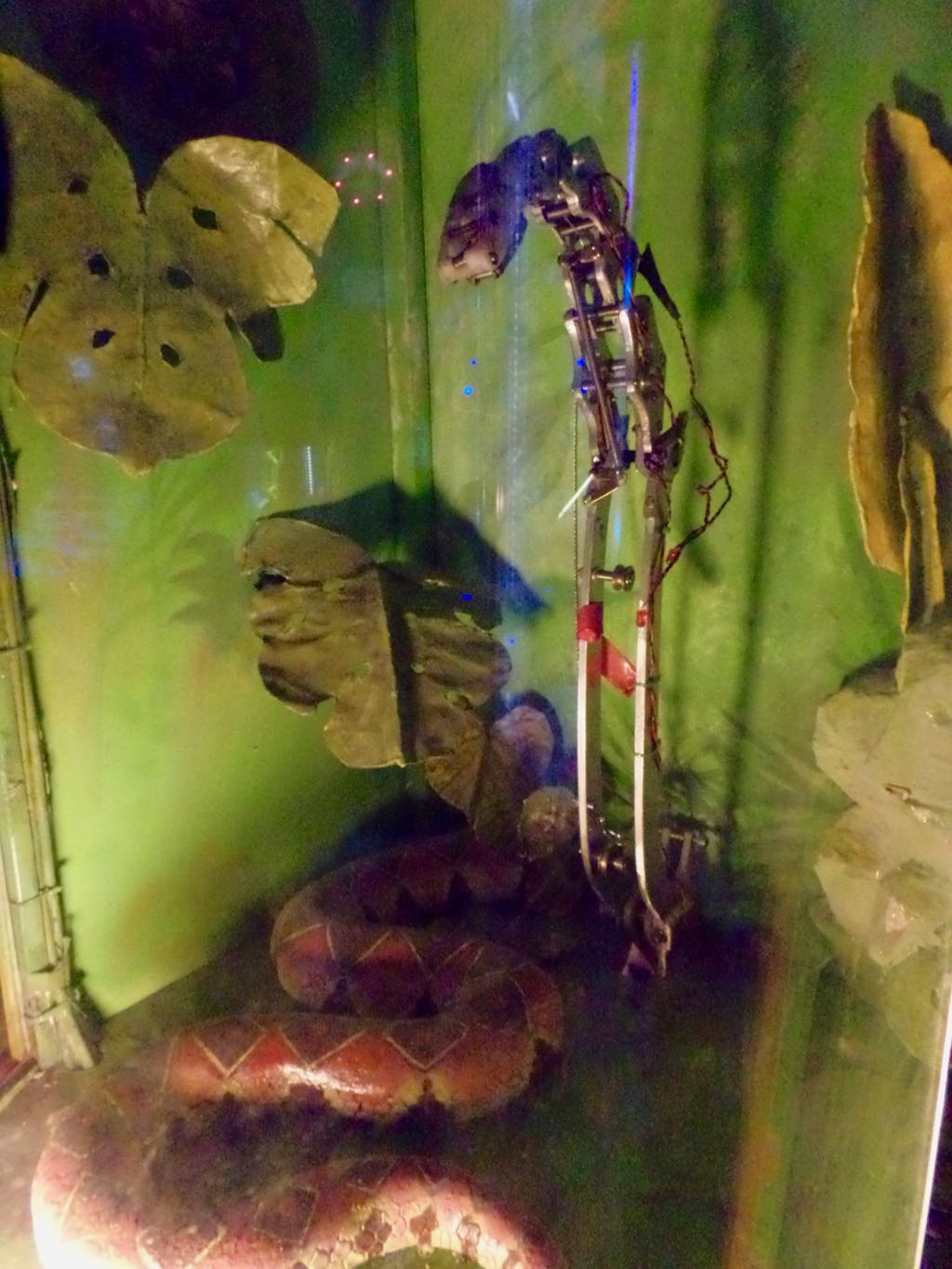 At Marvin's for the November 2019 league meeting. As you can see, King Cobra has gone full-on Terminator. 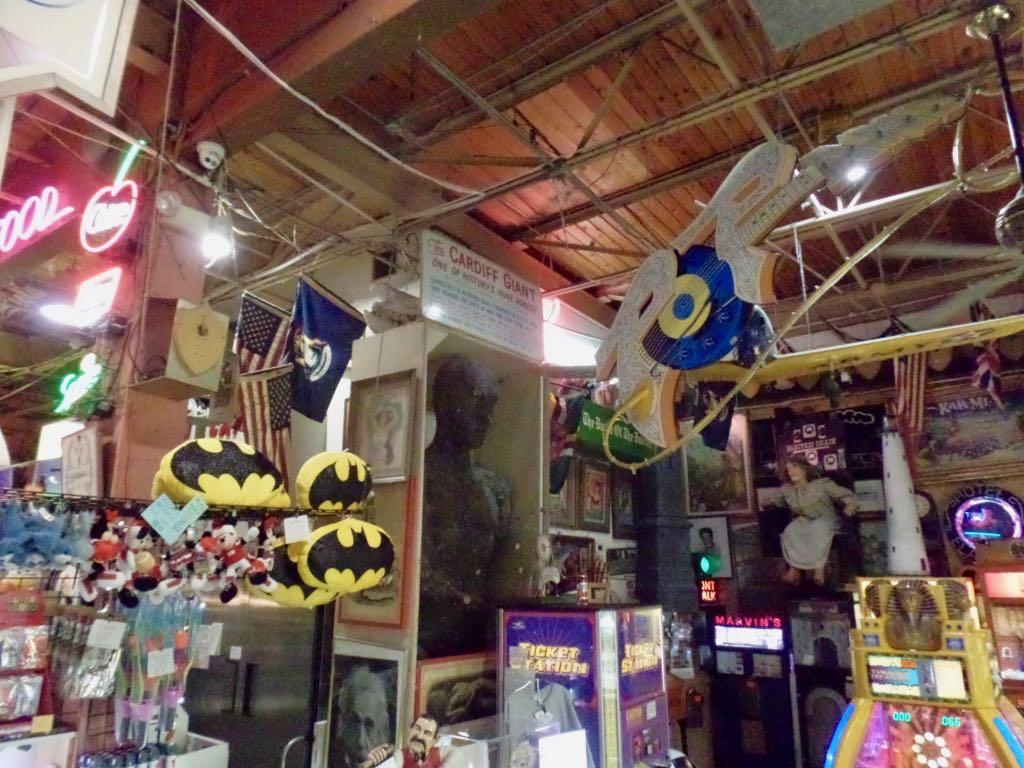 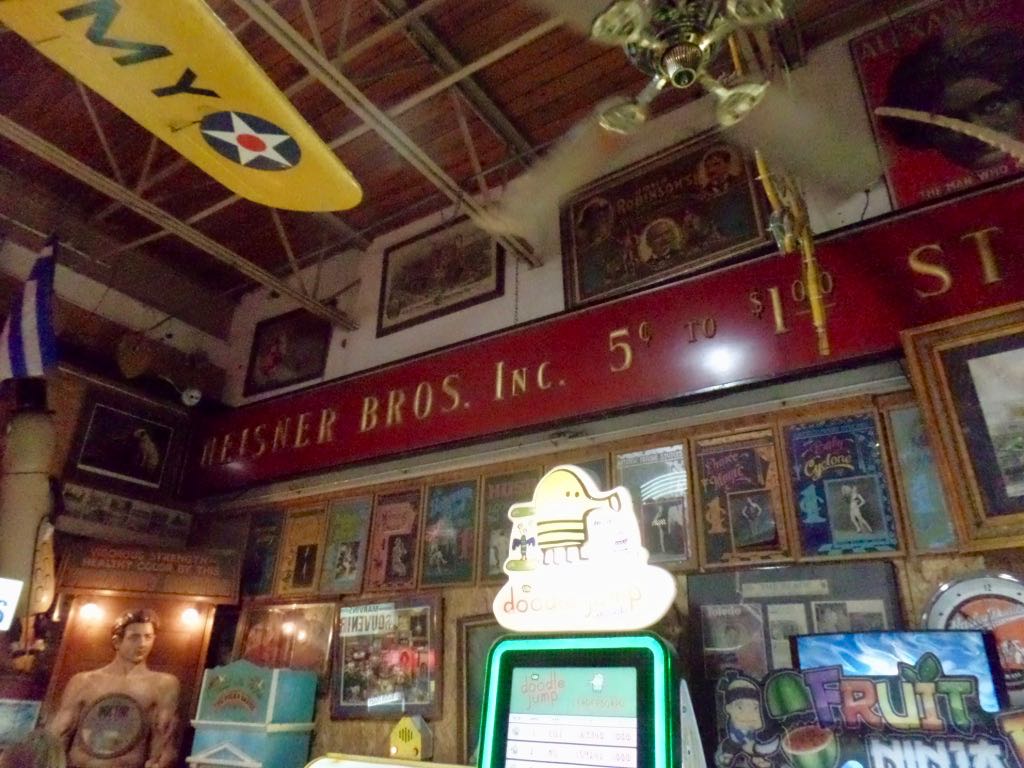 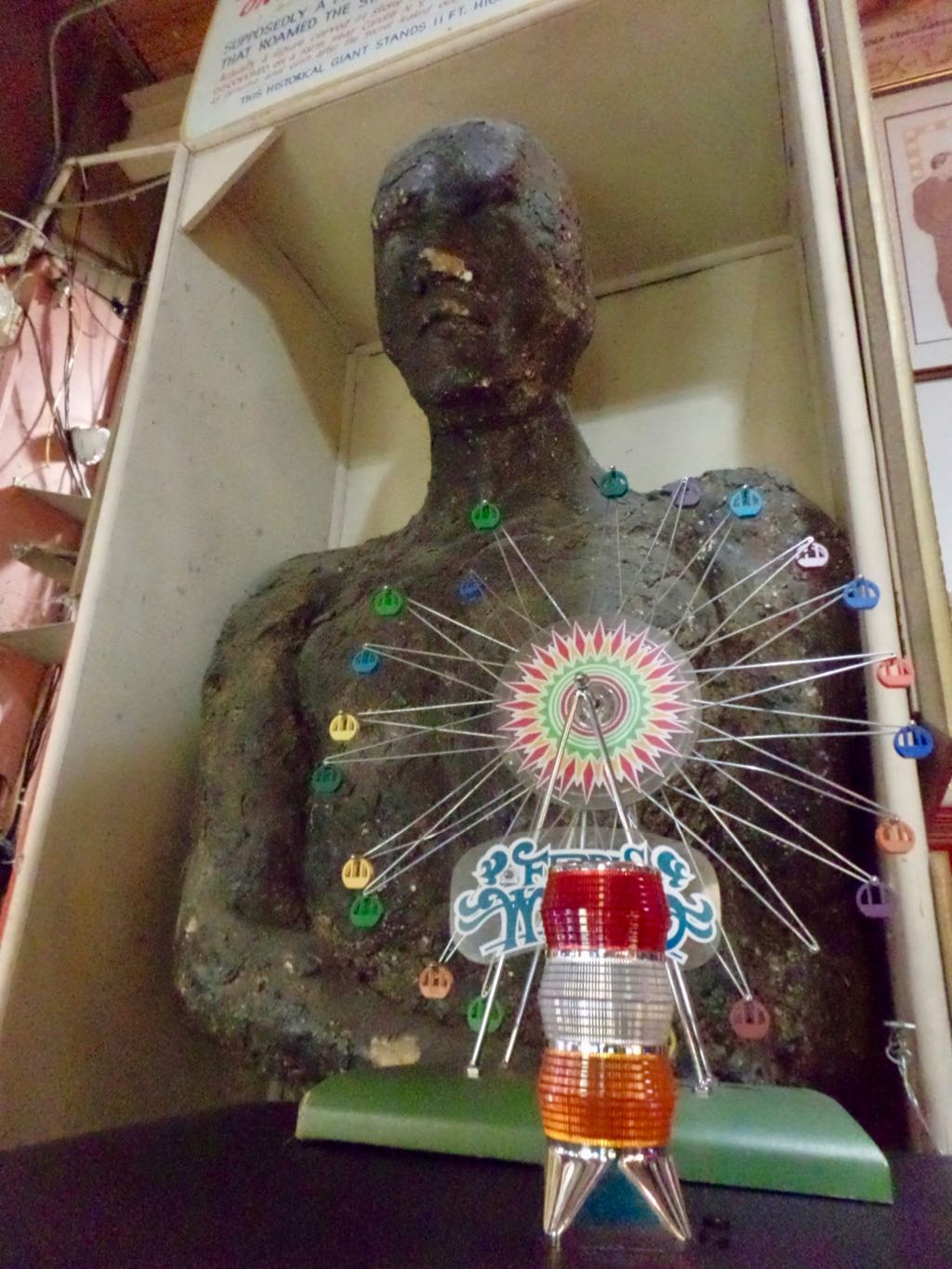 PT Barnum's Cardiff Giant and a toy Ferris wheel for a heart. 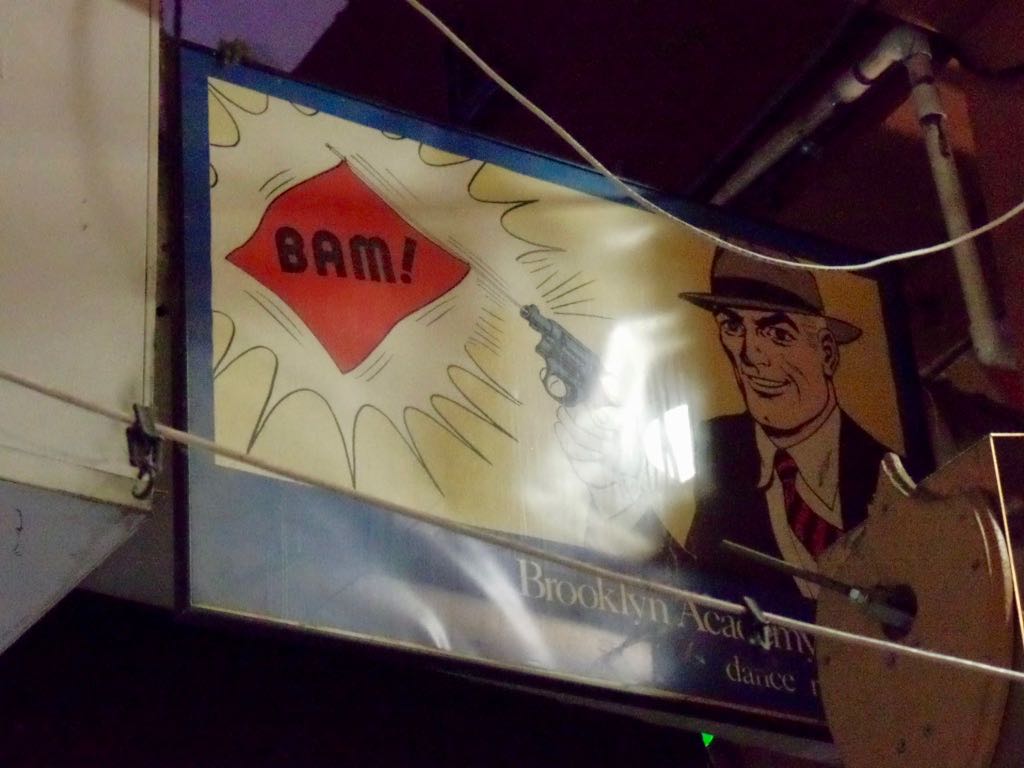 I don't know what the Brooklyn Academy was doing which made this an appropriate sign, but Marvin Yagoda collected it so it's on display now. 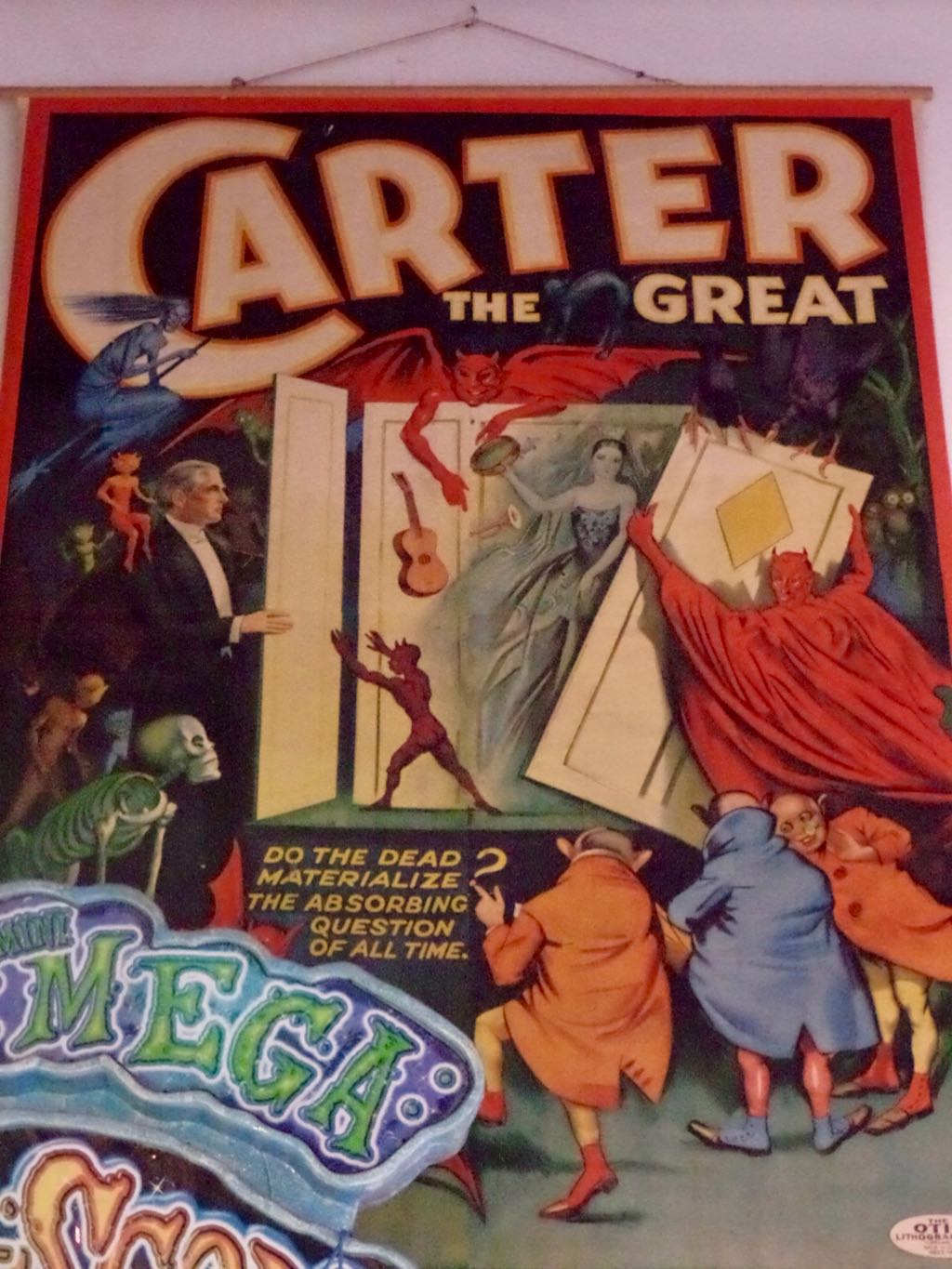 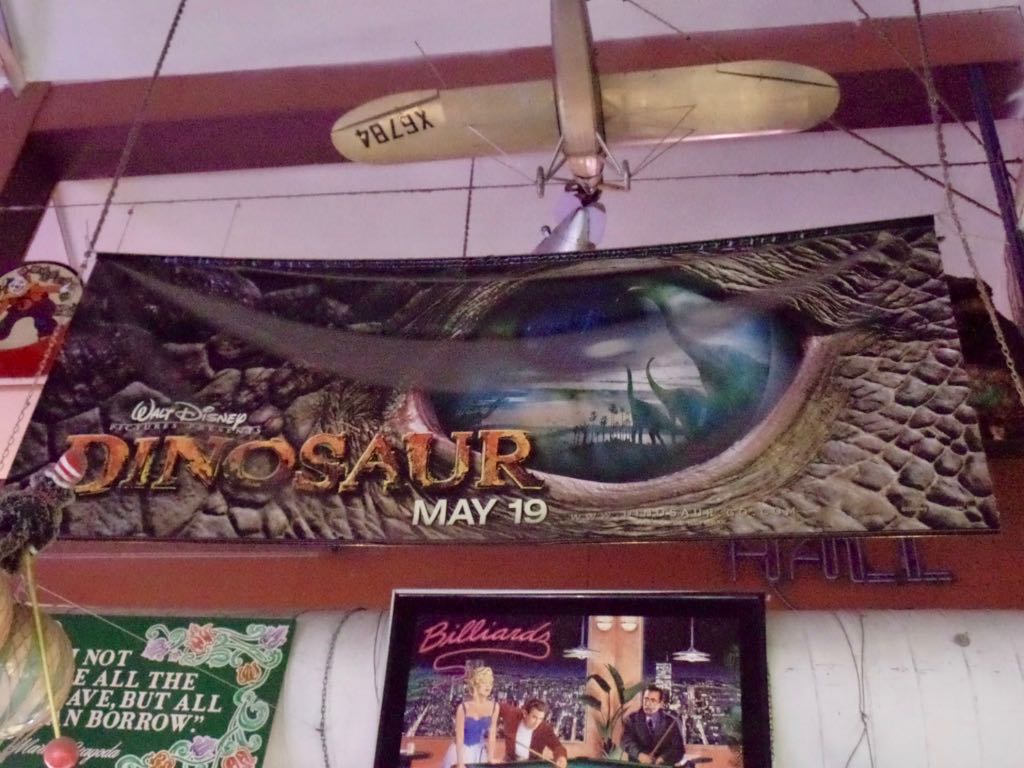 Hey, remember Disney's movie Dinosaur? No, you do not, but Marvin Yagoda collected this sign for it anyway and so it's on display now. 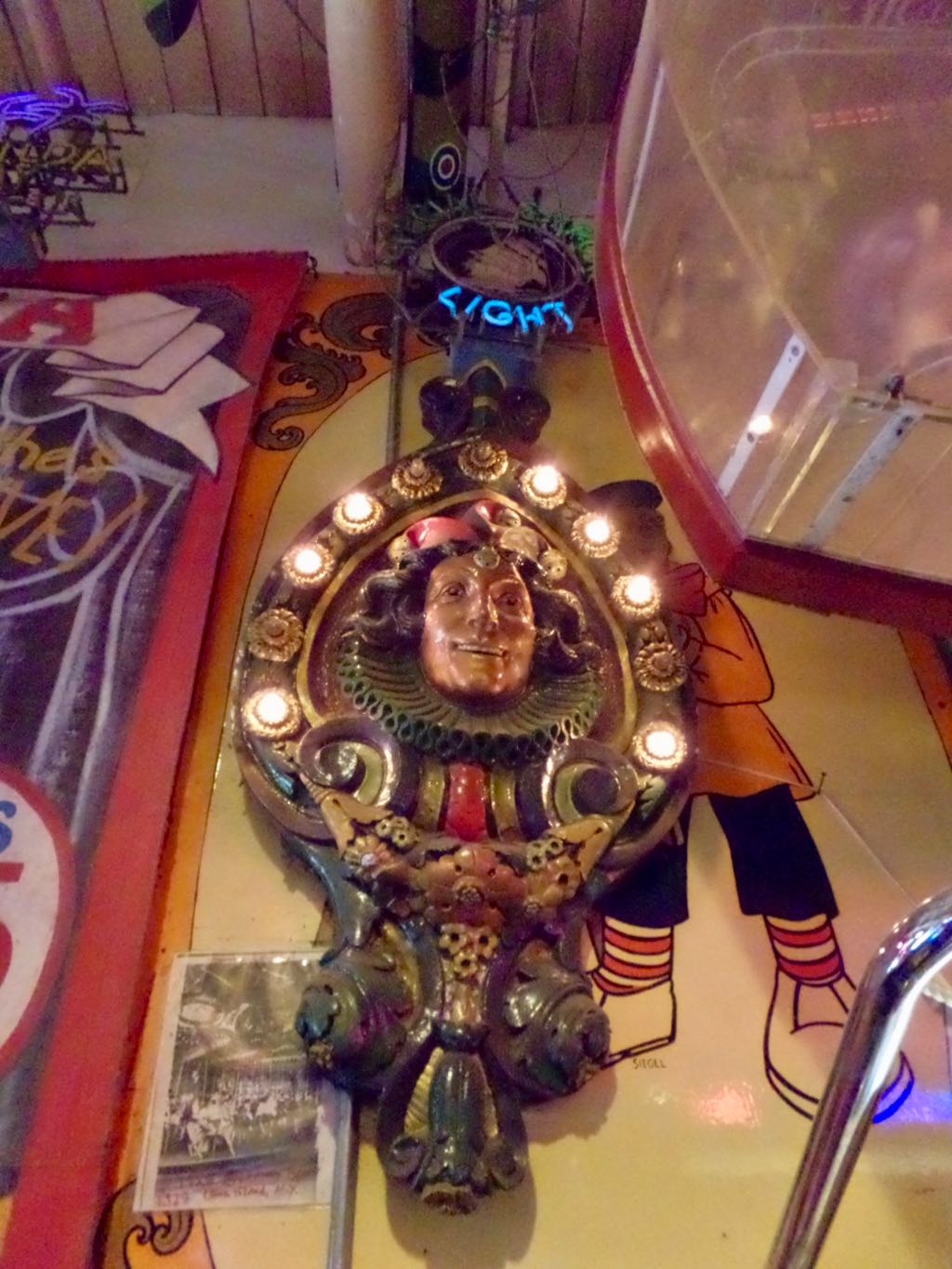 Carousel decoration that's hanging on the wall because, yeah, Marvin Yagoda collected it and so it's on display now.

Trivia: Pure enough tin becomes vulnerable to a ``rusting'', forming white flakes that corrodes the metal away, at temperatures below 56 Fahrenheit. Source: The Disappearing Spoon: And other True Tales of Madness, Love, and the History of the World from the Periodic Table of the Elements, Sam Kean.