My mathematics blog is falling back into slumber as I get some post-A-to-Z sleep myself. Put up there recently have been:

In my cartoon-watching I'm excited by 60s Popeye: Skinned Divers, not a repeat, but does feature a mermaid and a Michigan tourist trap that just so delights me.

Marvin's seemed like a regular old night and I didn't do another round of heavy photographs for it. I do figure if you look through all my monthly pictures you get heavy documentation of King Cobra and a good sense of the whole place. No, our next big event was ... pinball! Let's watch. 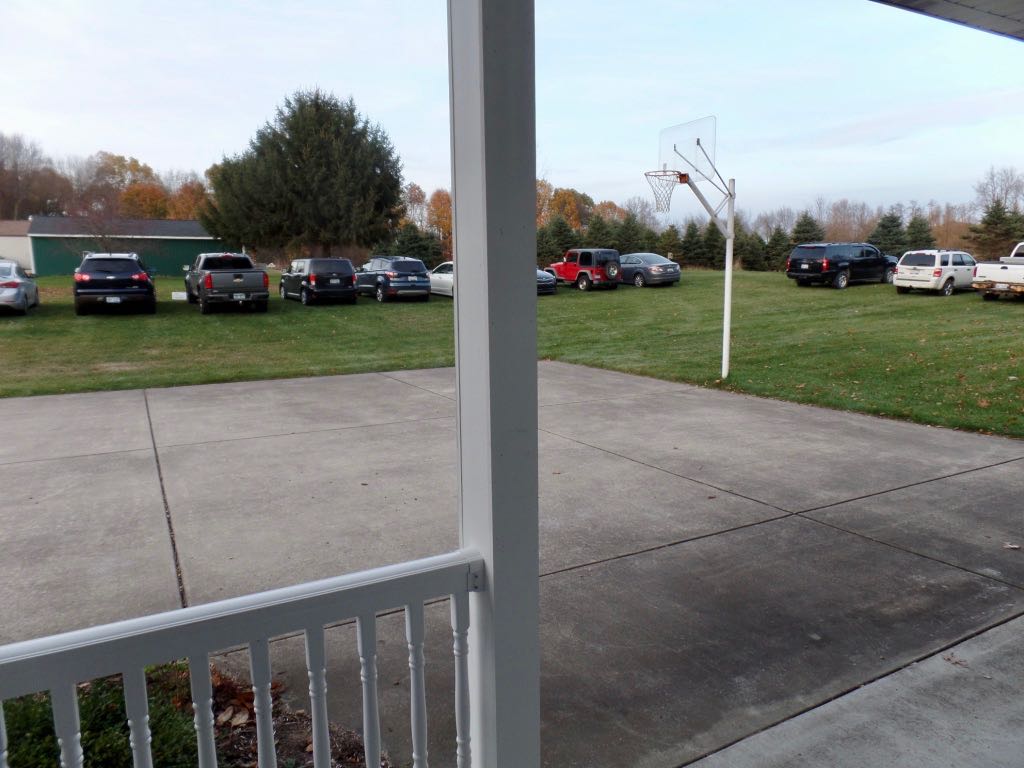 Everybody came out to MJS's pole barn for a mid-November 2019 charity tournament and chance to maybe secure their State Championship Series finish. 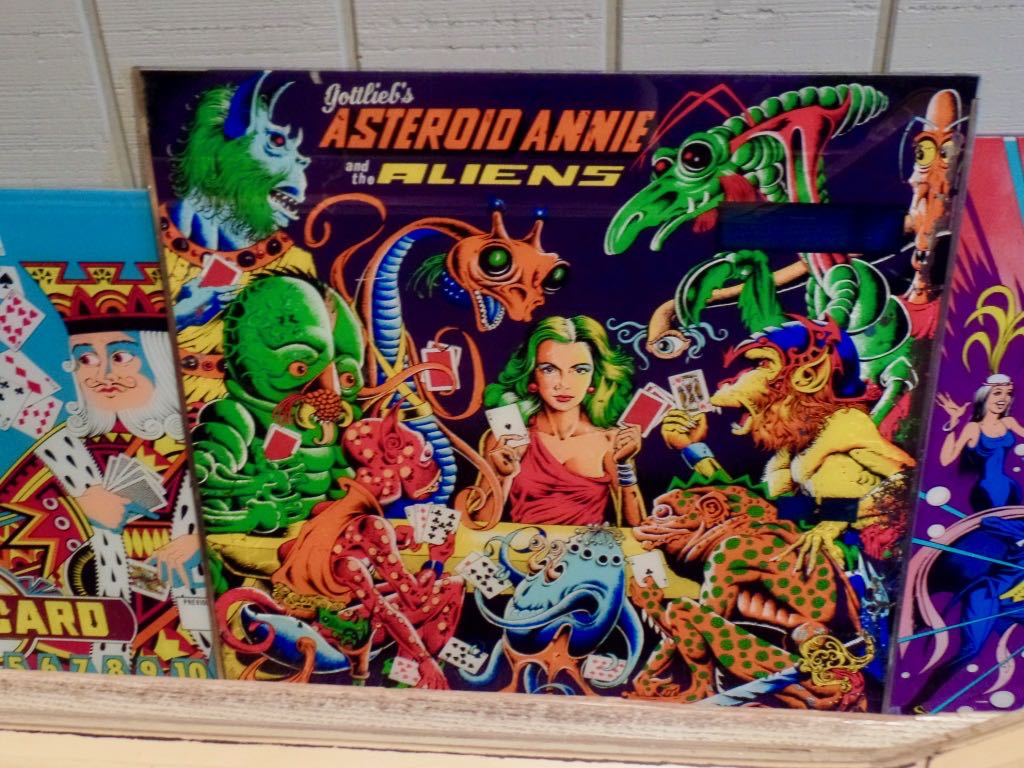 MJS has a couple backglasses without the games. Asteroid Annie and the Aliens is a space poker-themed game from 1980 that I flopped on at Pinburgh. Artist is, of course, Gordon Morison. 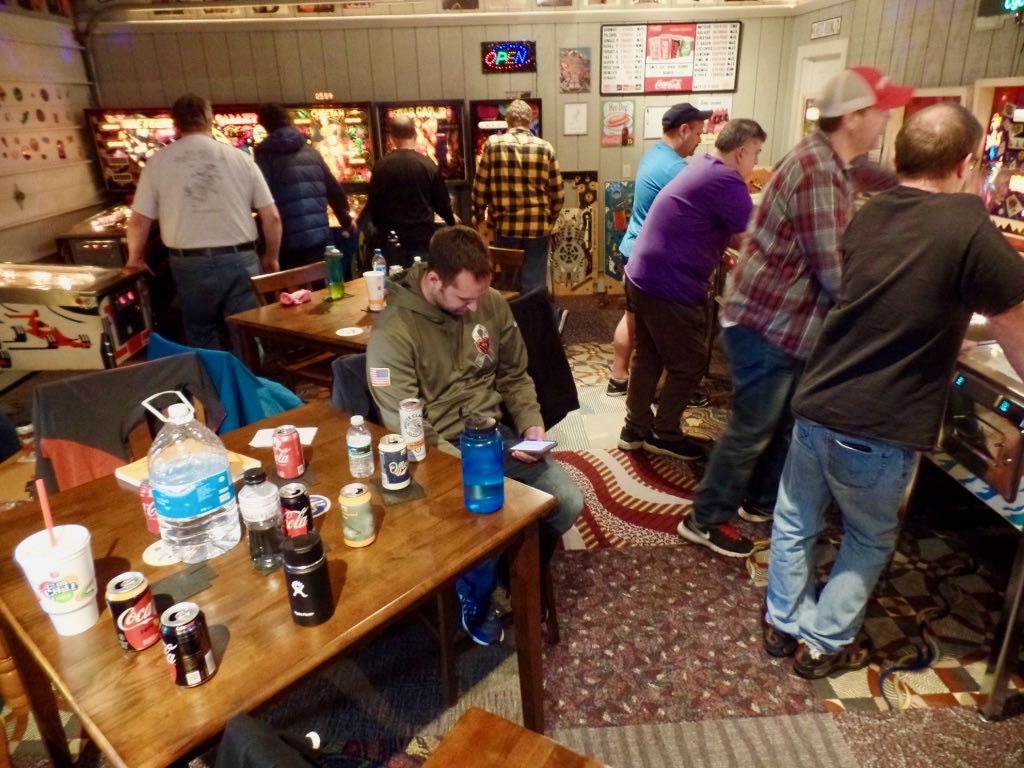 Middle of the tournament. A lot of guys at their tables and waiting for places. The sandwich board in the upper right is high scores for the older games that don't have their own high-score tables. 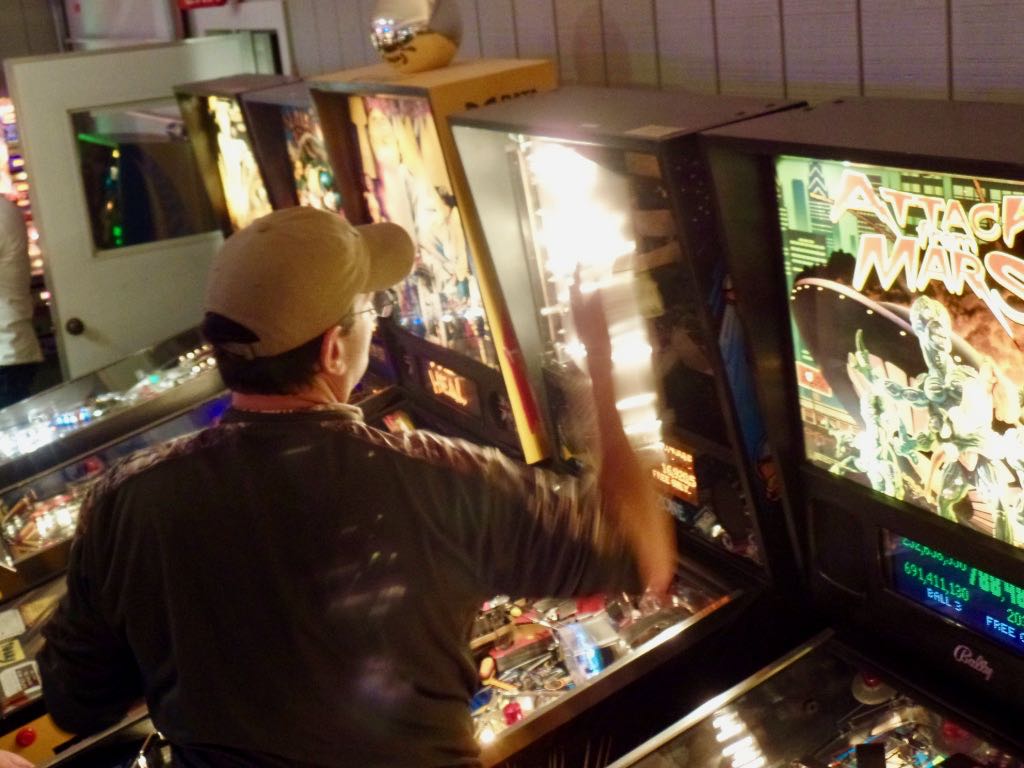 In-tournament repairs on The Twilight Zone, a game with 46,000 parts that all go wrong. 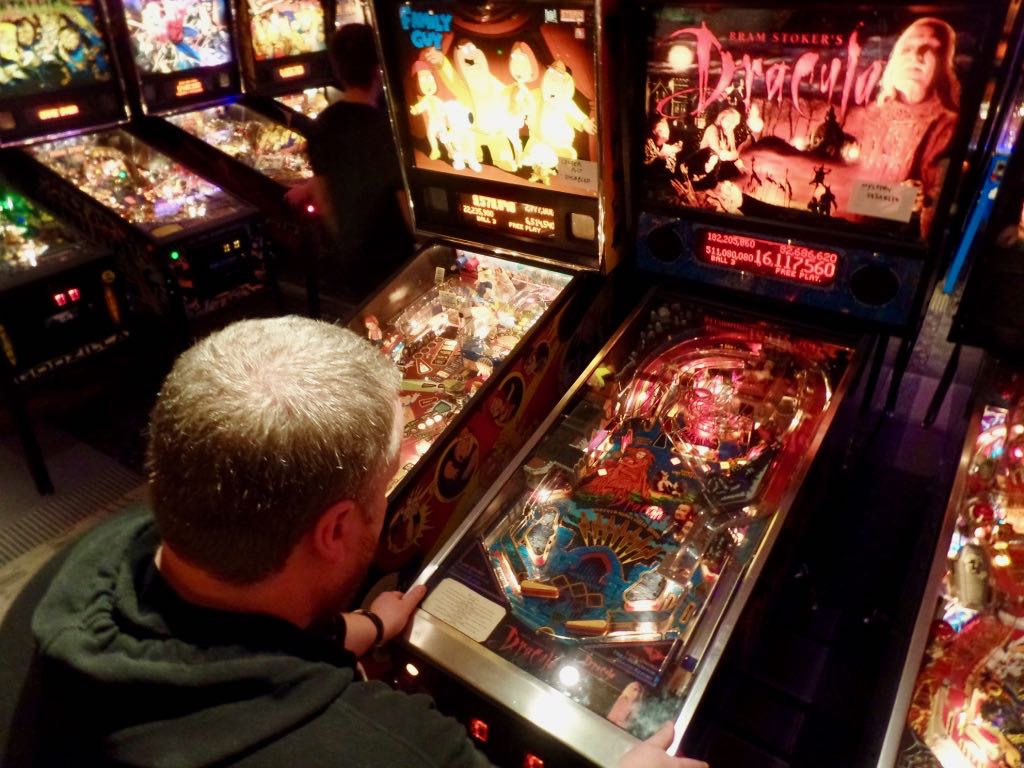 OK, so, he has to get 495 million points on one ball to come back and win but the thing is this is possible and we've seen it done. Not this time, though. 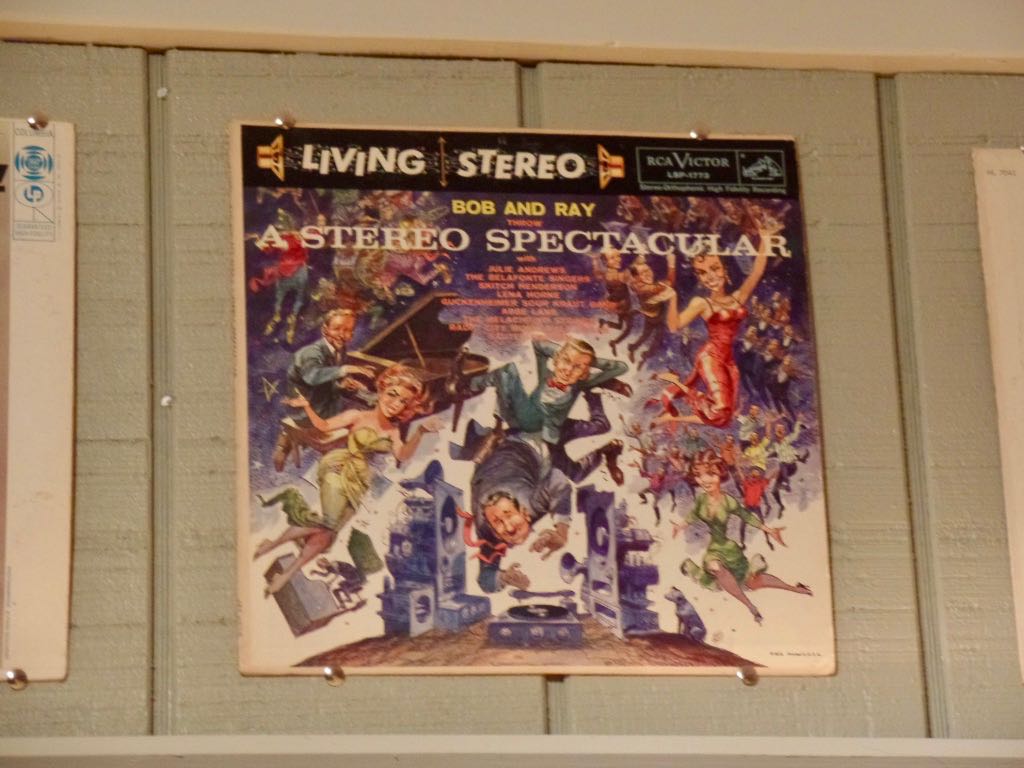 MJS had lined his wall with old records --- the sleeves at least --- and oh, this one caught my eye for obvious reasons. I mean, Skitch Henderson? Wow! 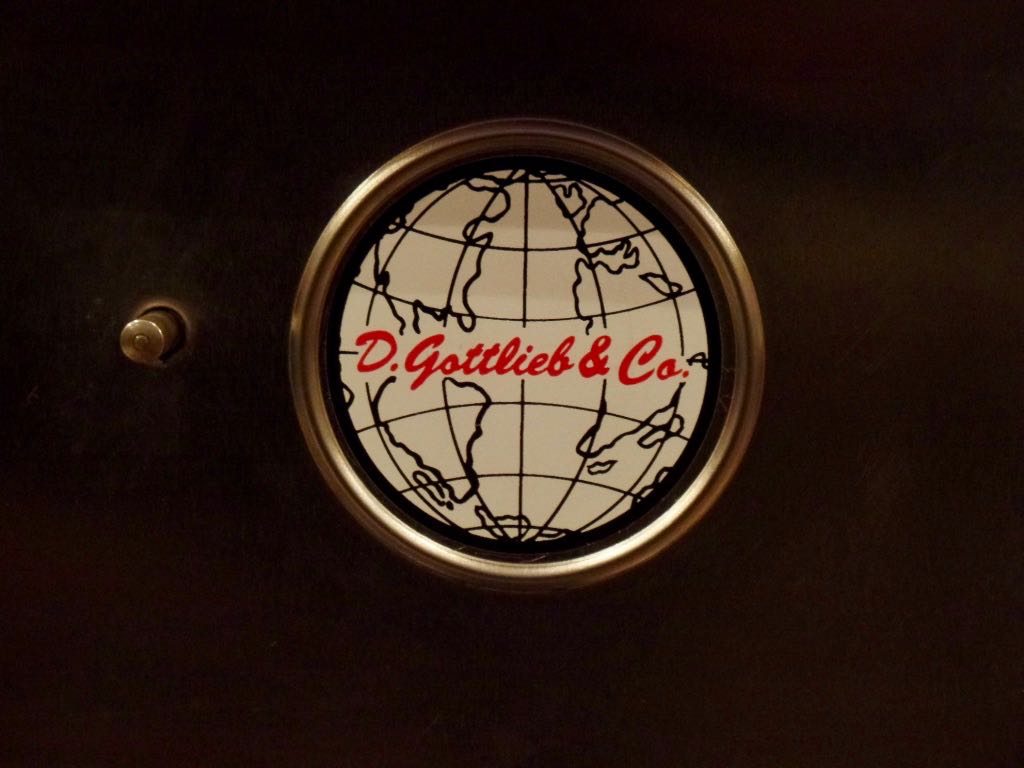 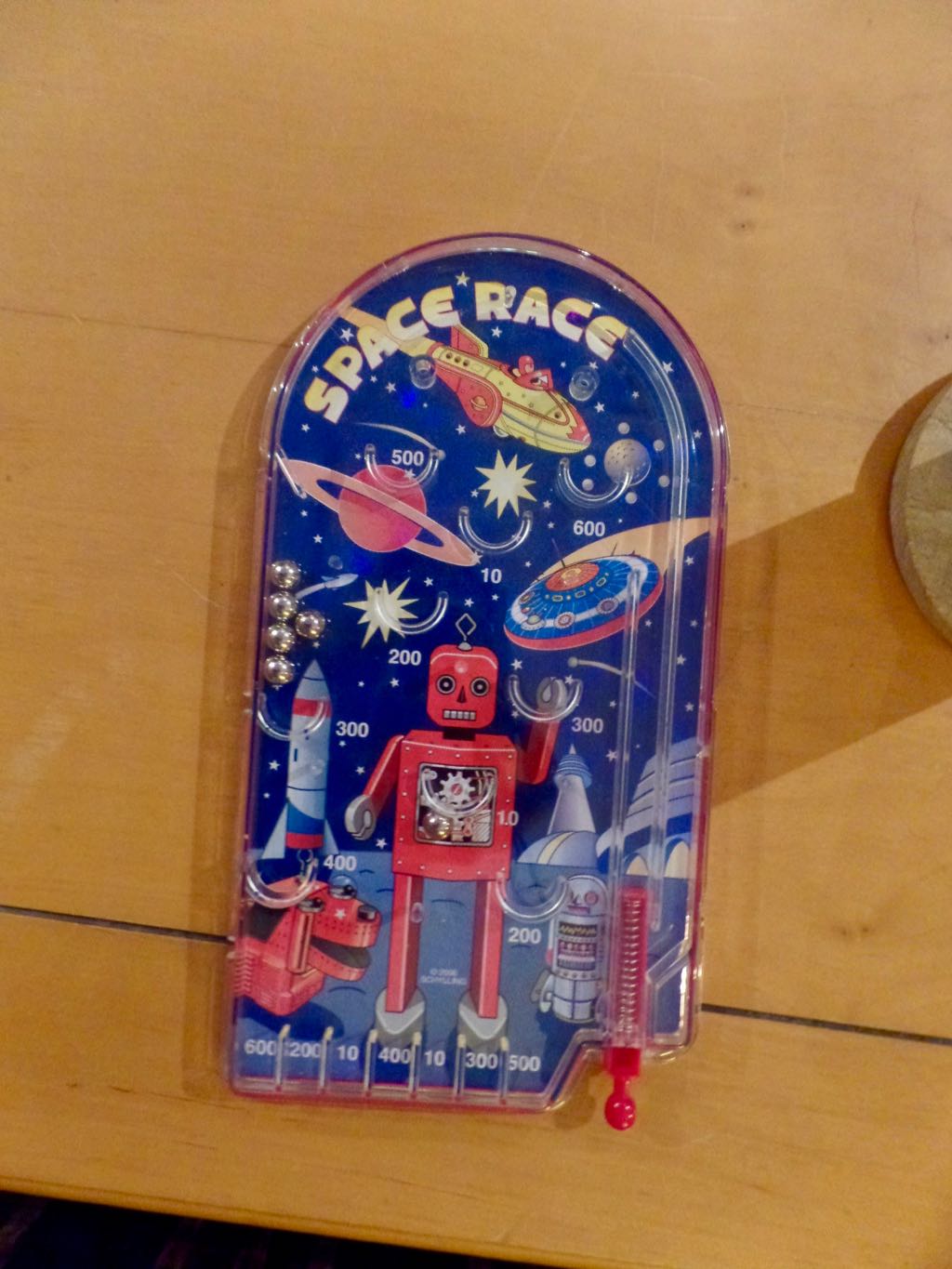 And some old school pinball! Not part of the tournament. 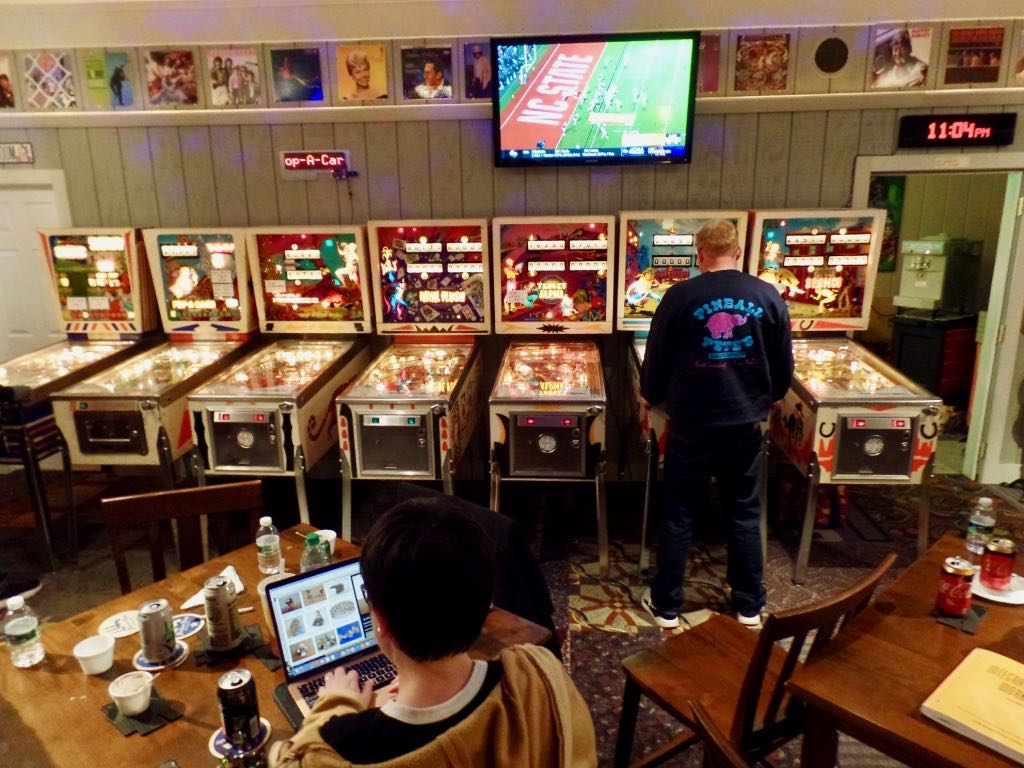 After the tournament is over.

bunny_hugger to her annoyance had to bring her laptop and do some schoolwork, but avoided the worst possible outcomes (leaving her laptop, her charger, or something needed for school behind) and got a good bit of work done anyway.

Trivia: The signals-intelligence-gathering project which the USS Pueblo was participating in when it was captured began in the 1950s as a program called Operation Clickbeetle. Optimistic plans called for it to be part of a fleet of as many as 70 similarly equipped spy ships; in fact, there were three, the Pueblo, the USS Palm Beach, and the USS Banner. Source: Pacific: Silicon Chips and Surfboards, Coral Reefs and Atom Bombs, Brutal Dictators, Fading Empires, and the Coming Collision of the World's Superpowers, Simon Winchester.