I'll have a blue Christmas without you

Elvis was singing ``Blue Christmas'' as we joined the mob of cars crowding the side of the road last Wednesday and looking at the thousands of lights all blue for the lyric. This was not us breaking quarantine ahead of visiting

bunny_hugger's parents. This was us going to a house, on the outskirts of the metro Lansing area, that puts on a lights display. The Lake Victoria Lights have your classic house and yard wallpapered in lights, and even have a low-power FM station that repeats a roughly half-hour show of mostly music, with the color-changing LED setup linked to the performance.

The songs were a mixture, some classical standard carols. Some modern things I couldn't get the hang of. Some of the instrumental pieces you'd expect, Trans-Siberian Orchestra and the like. Some interstitial bits: after every two or three songs the lights would feature an inflatable snowman figure, filling up with air only to be interrupted by some song rewritten to be a cornball melting pun like, ``Hello sunshine my old friend/ I've come to melt snowmen again'', or ``We will! We will! Melt you!'' or ``Who let the sun out! (Woof! Woof woof! Woof woof!)''. then it deflates again.

In the delightful middle of the show is a song about the house and its show and its 47,000 lights and overdone decorations and people wondering what the electric bill must be like. It even name-drops the owners and the location of the house, which was fun and ridiculous and left us thinking about --- never mind making a seasonal tourist attraction of your house. How do you go about getting your own song written about it?

We think we cracked it when we heard the song a second time. One clue is that the lyrics name some things --- Santa and his reindeer on the roof of the house, for example, or the nativity scene prominent out front --- that aren't there. A fossil from some earlier year when they had those decorations? Possible. But we noticed what sounded like a small splice before the name of the street, Highland Drive. And I realized the lyrics leading up to it have a rhyme scheme suggesting they expect to name a house on Something Street.

So what we figure is there has to be some company that sells a ``personalized'' overdecorated-Christmas-house song, ready for anyone who wants to do their own low-power FM station to go with their neighbors-must-hate-it home attraction. And this also implies there must be reasonable available, like, programming tools for setting up music-and-light show displays. It gets more exciting: there must be a community of people who do the overdecorated-Christmas-house music-and-light shows. So now I encourage you to imagine what this group Drama is like.

We stayed for about one and a half cycles of the show, and then left a donation (they raise money for the town food bank), and drove home as a light rain started. For a year in which so many of our Christmas traditions are wrecked --- if things were better

bunny_hugger would be spending today hollering in frustration that the trophies aren't ready for tomorrow's Silver Balls In The City pinball tournament --- it's great to do something new and delightful.

Well, hey! I'm technically only 13 months behind now! The second weekend in November 2019 we went to Bronner's Christmas Wonderland, this to celebrate

bunny_hugger's birthday there. This was nearly a week after her actual birthday but between Marvin's League and Fremont and MJS's tournament and oh yeah work we just could not get there any closer to her birthday. And, you know? This worked out pretty great too. Also, it means my pictures are approximately on-theme for the actual calendar, and for the topic of my main post. 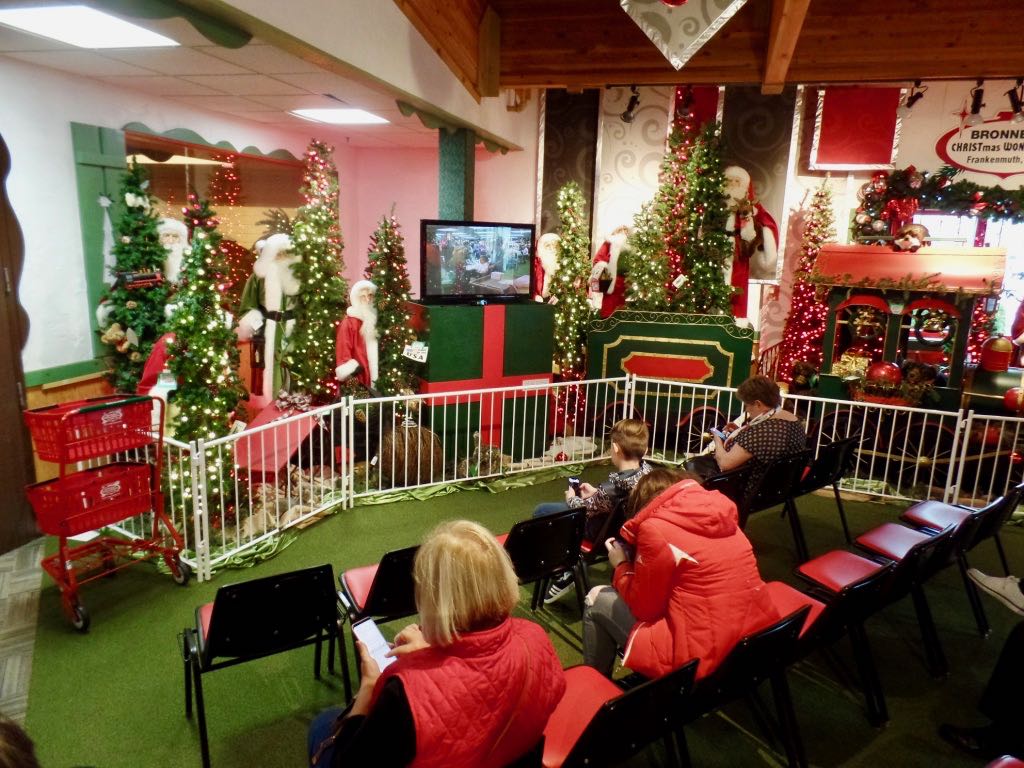 The television waiting area, for people to drop off bored husbands who could watch the Lions play while their wives shopped. Small crowd, though. Maybe the Lions weren't playing? 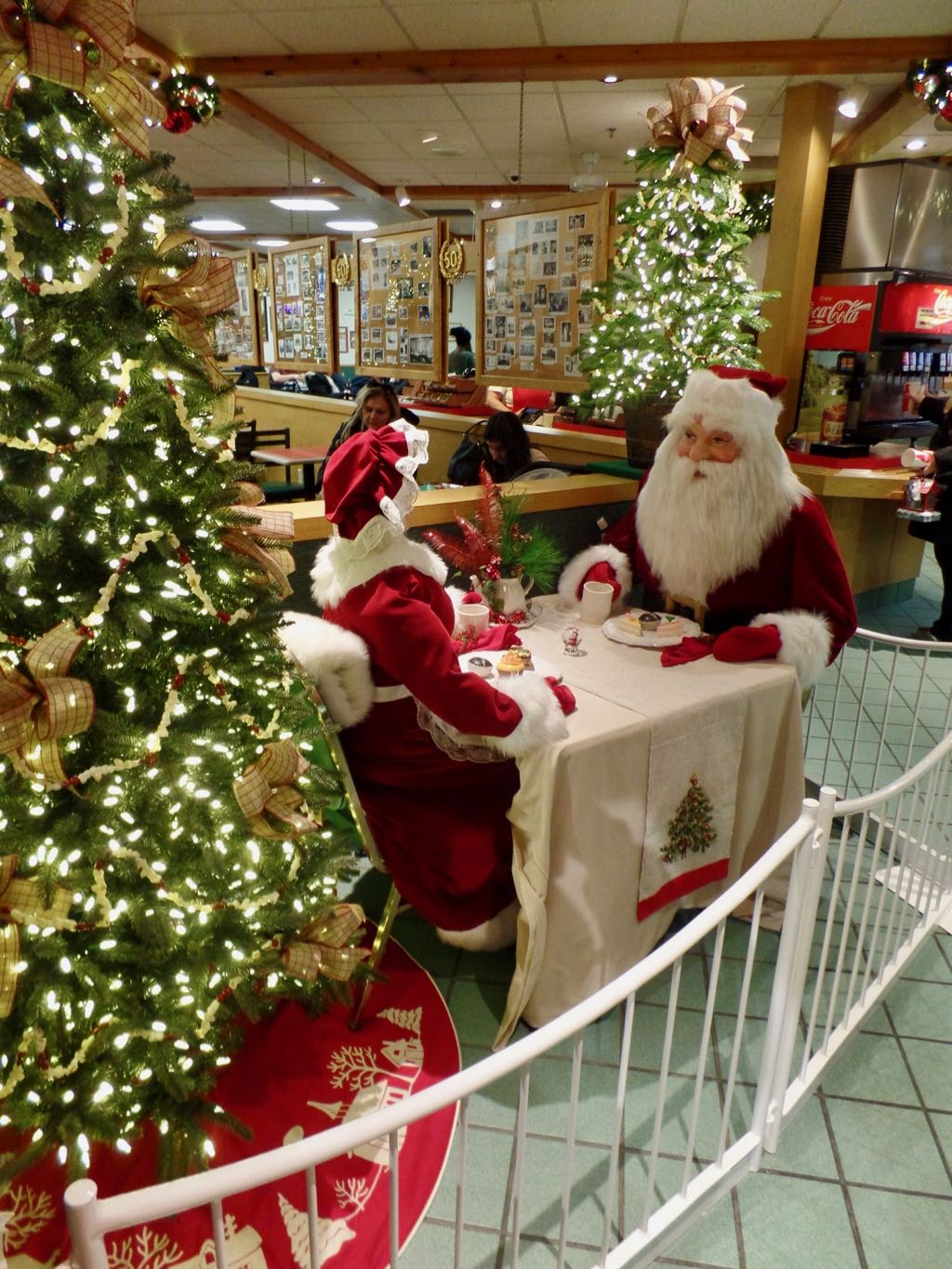 Celebrity guest couple sitting up front at the snack bar. 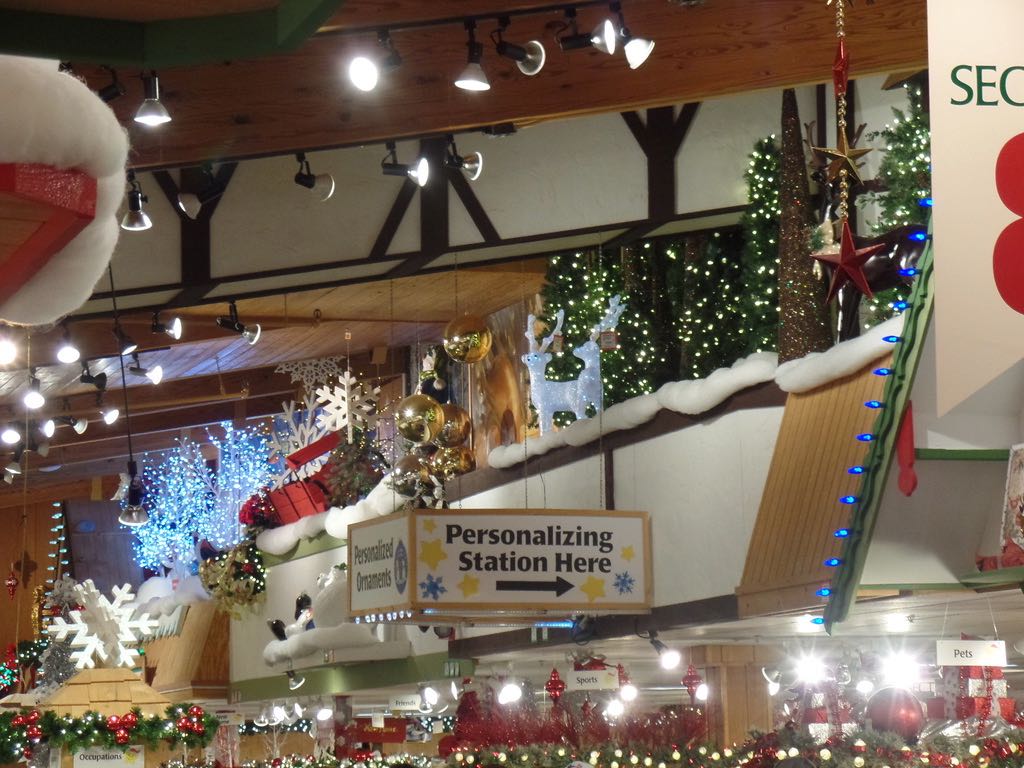 Hey look, it's where you go to redeem your YCH commissions! 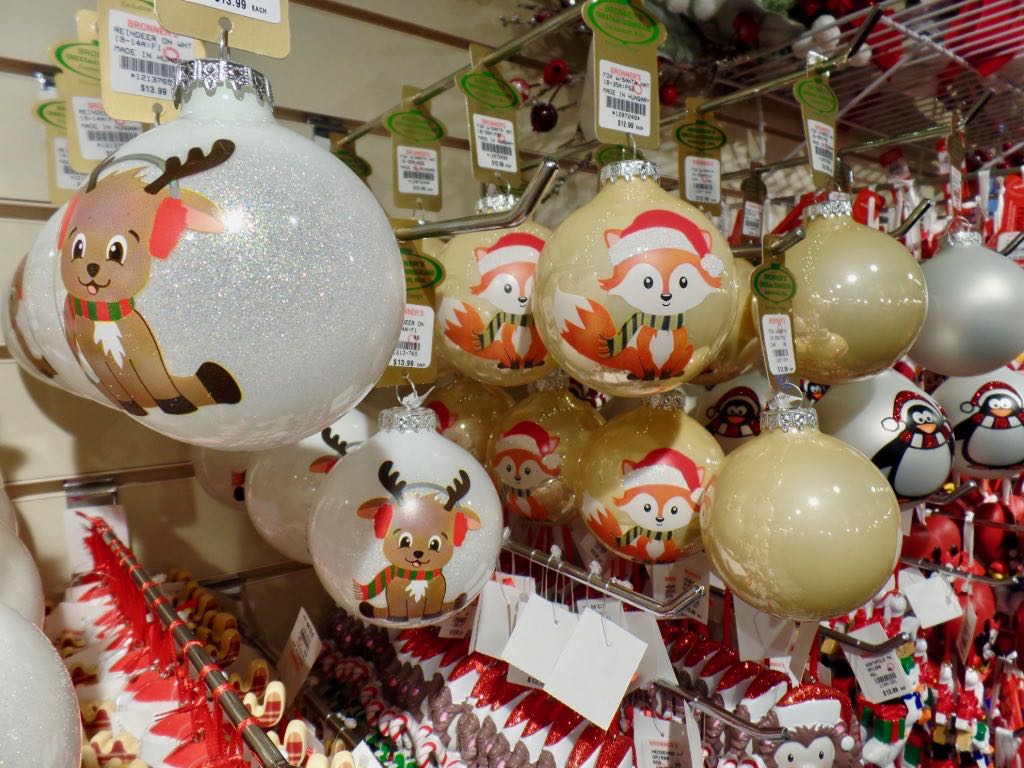 Foxes and reindeer and penguins in a style that just looks like it's trying to be Flash-animated web cartoons from 2008. 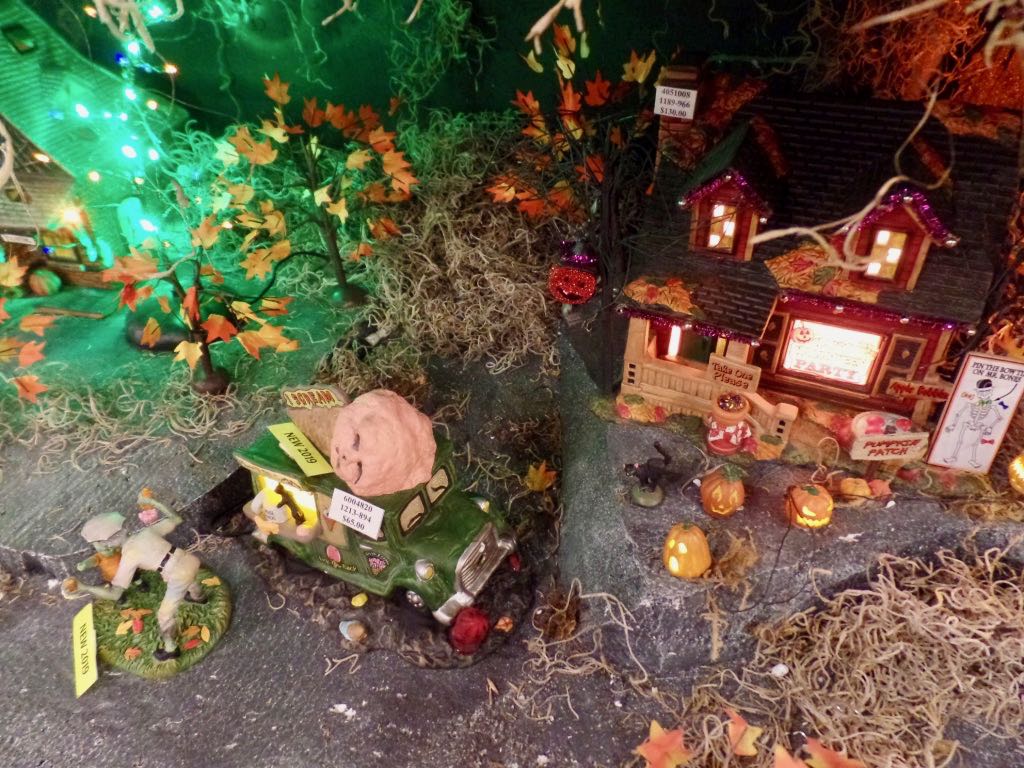 Though a Christmas wonderland, Bronner's is happy to sell you stuff for other holidays, like here, Halloween. 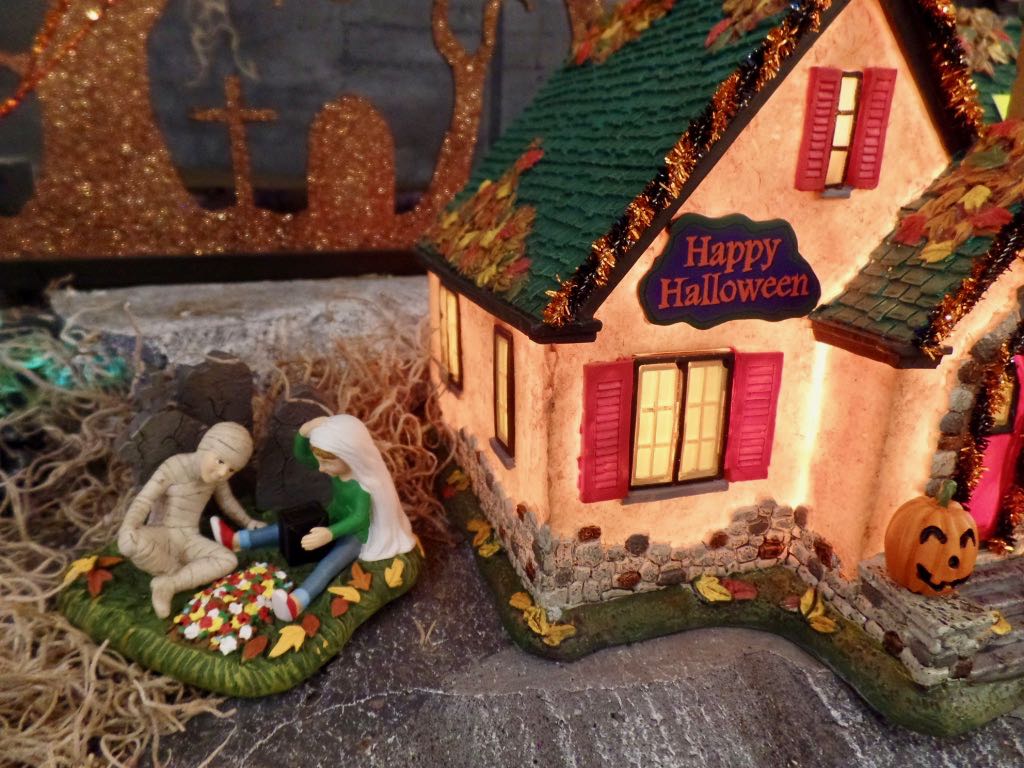 In this Halloween festivity a mummy and a ... ... Virgin Mary? ... play Lego outside a home that's a smaller scale than them. 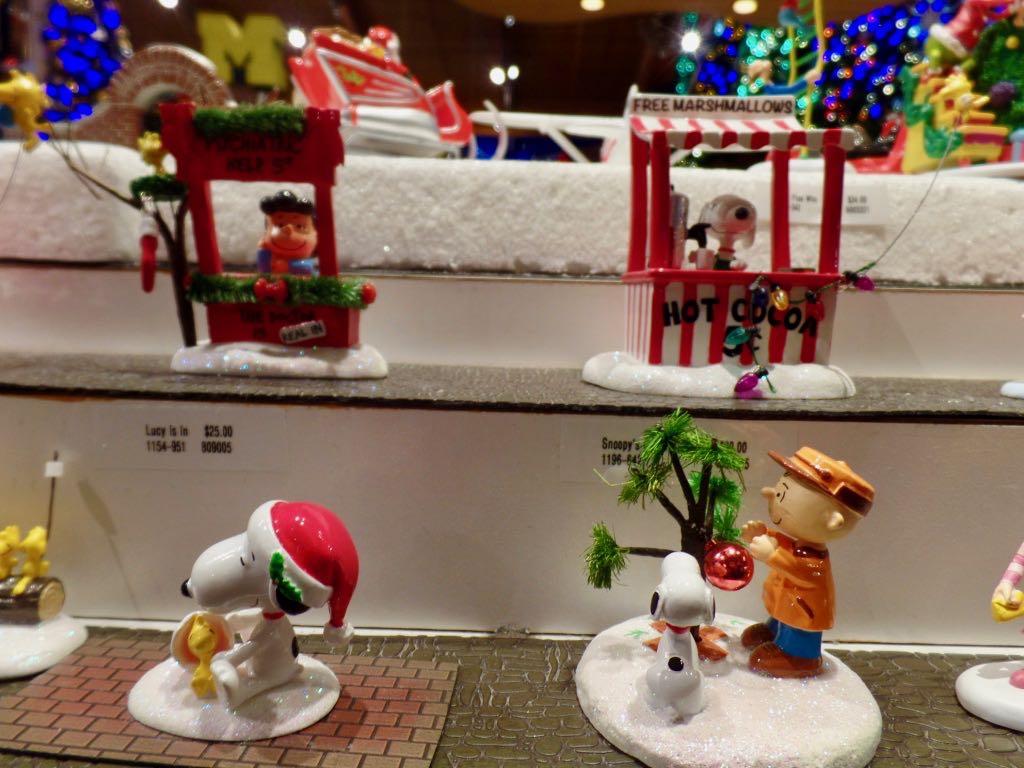 A Charlie Brown Christmas seems like a sure sell here. Also hey, it's Snoopy, the world-famous Hot Cocoa vendor. 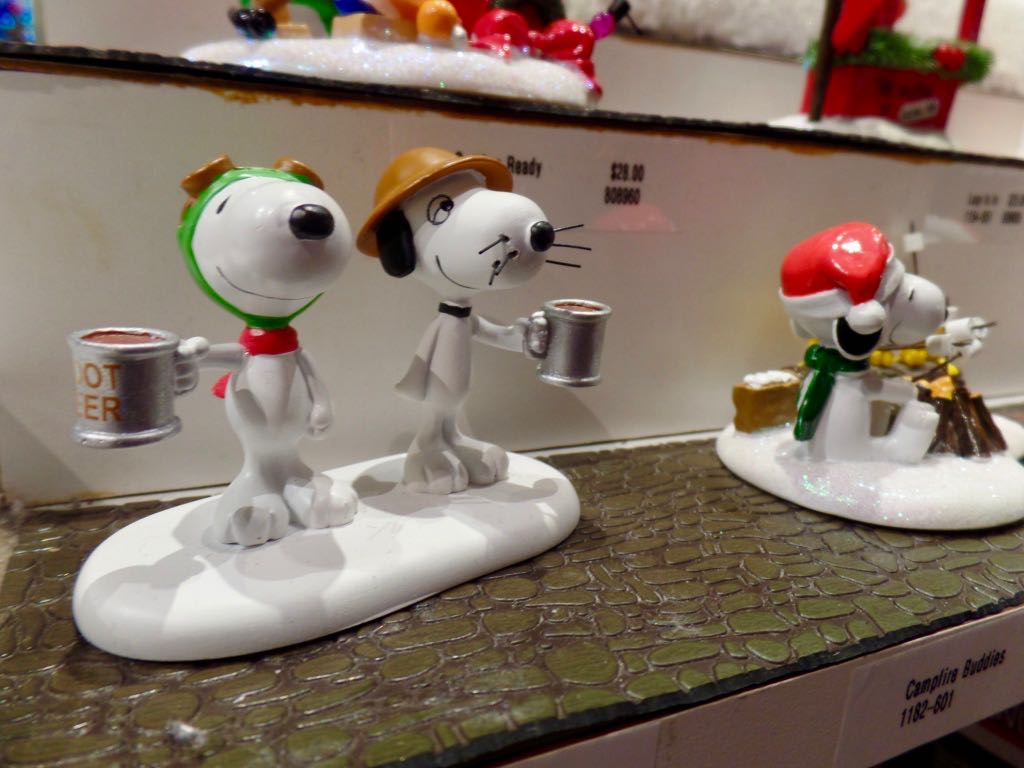 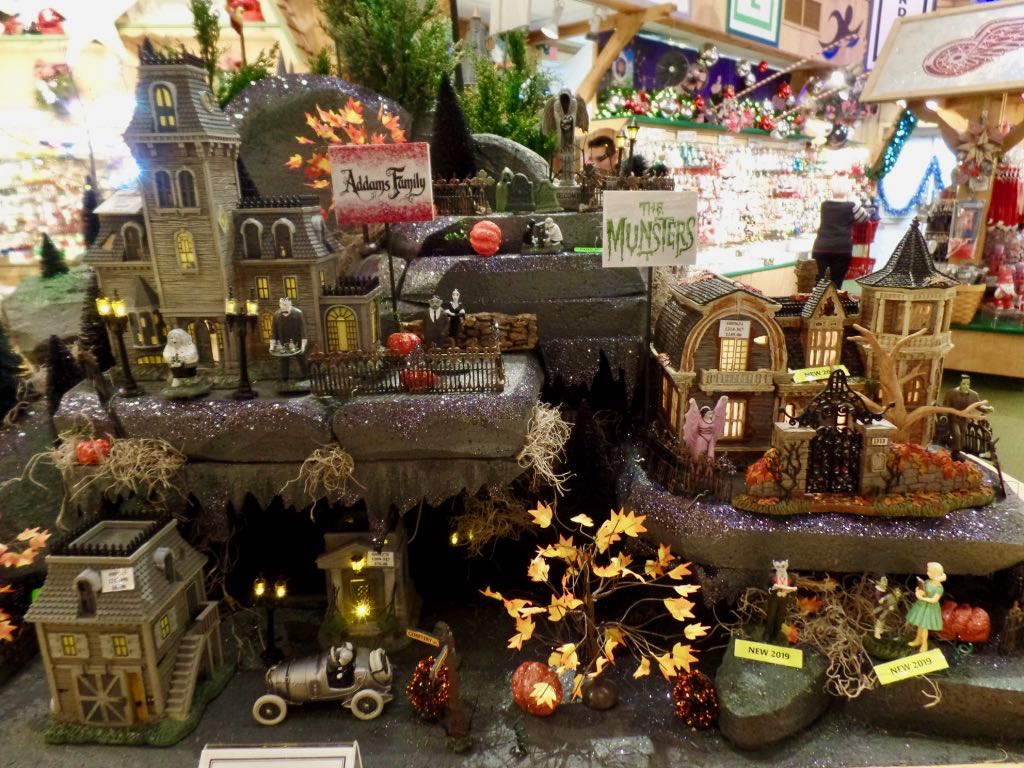 You'd think they would put the Addams Family and the Munsters sets on opposite sides of the table so they won't fight. 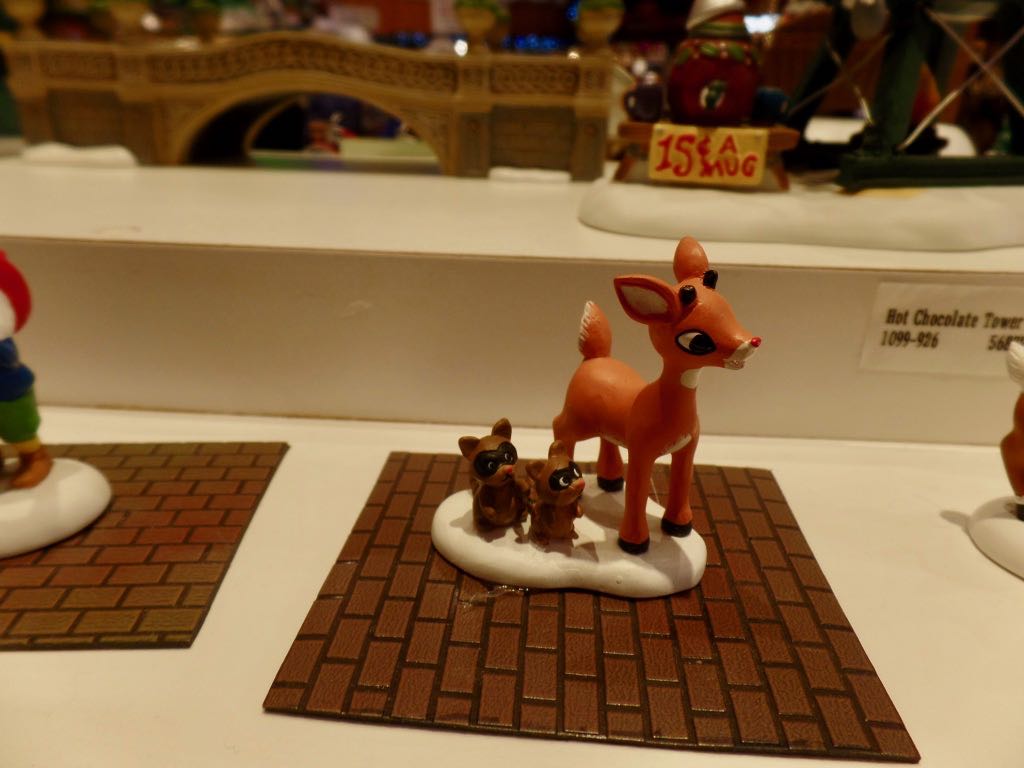 Rudolph the Red-Nosed Reindeer alongside the two raccoons that I remember are in the special but who else would ever think of? 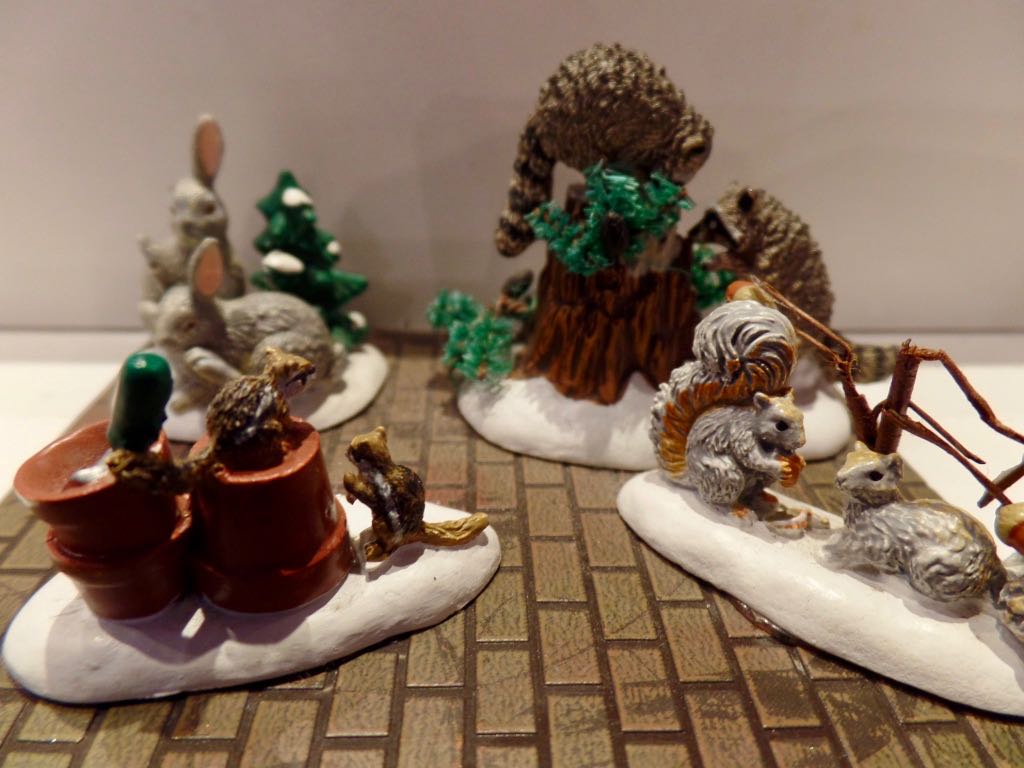 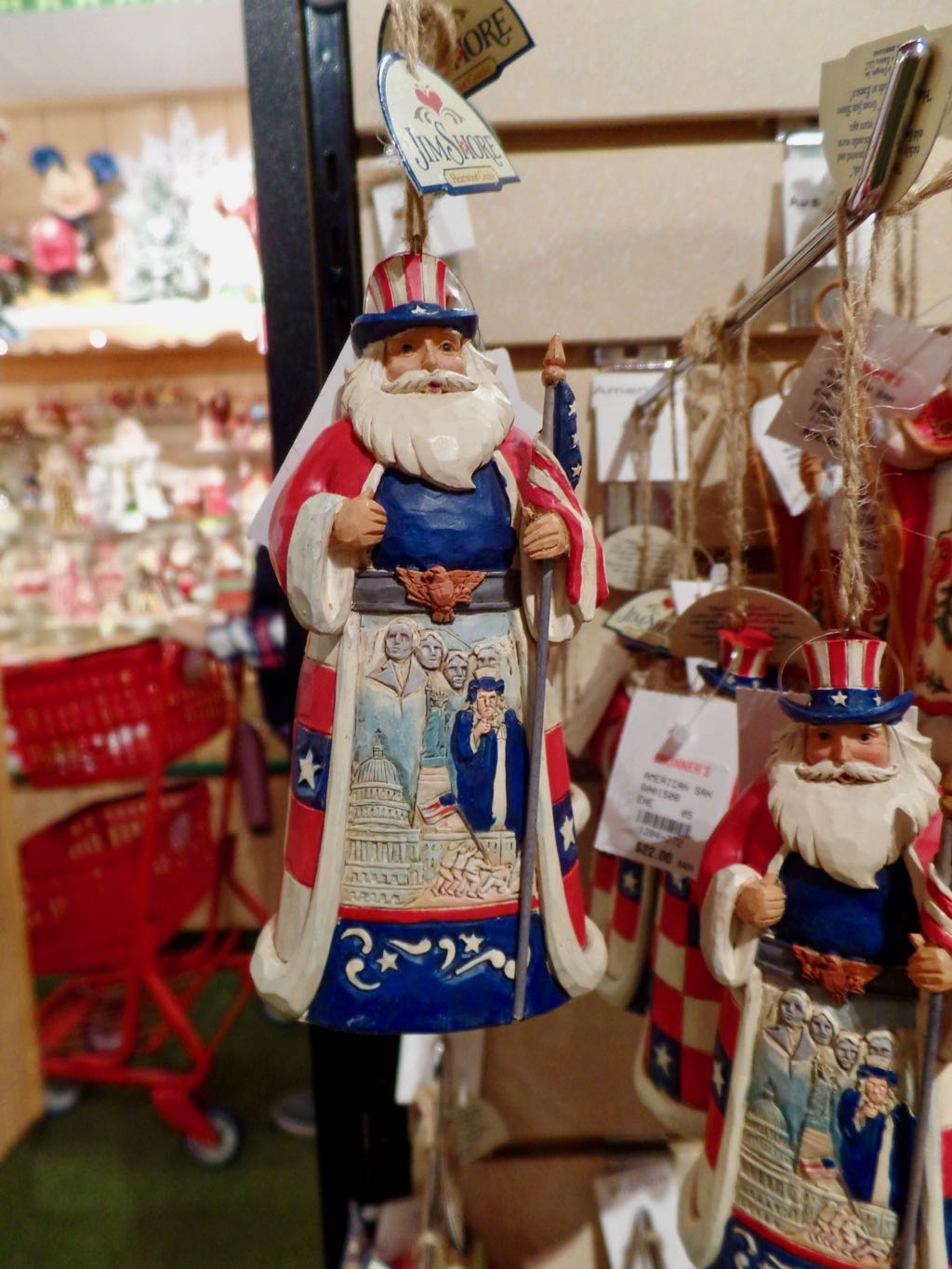 Ah, finally to some good reliable stuff: Jim Shore's carved-wood figures, here of Santa Claus showing off how heckin' American he is.

Trivia: The Electric Railway Company of America, a subsidiary of the Edison Company, incorporated in 1883 and built an electric locomotive, which operated on a curved track within the main building for Chicago's Railway Exposition of June 1883. In 118 hours of operation it carried 26,805 paying customers. Source: Edison: A Biography, Matthew Josephson. (Edison then walked away from the electric-railroad project; none of the big railroads were interested and there were only a few cities where an electric railroad would have solved any particular problem.)