And when those blue snowflakes start falling

On my mathematics blog there's been as close to nothing as I ever get. Don't believe me? Take a look at this and see how far back we have to go for four essays. In my defense, I was doing stuff that wasn't writing.

And in the cartoon-watching? 60s Popeye: Popeye's Cool Pool (extended edition), a cartoon I liked.

Now back to the Silver Bells in the City 2019 parade, as we get to the end of a long time in the dark and cold watching things roll past. 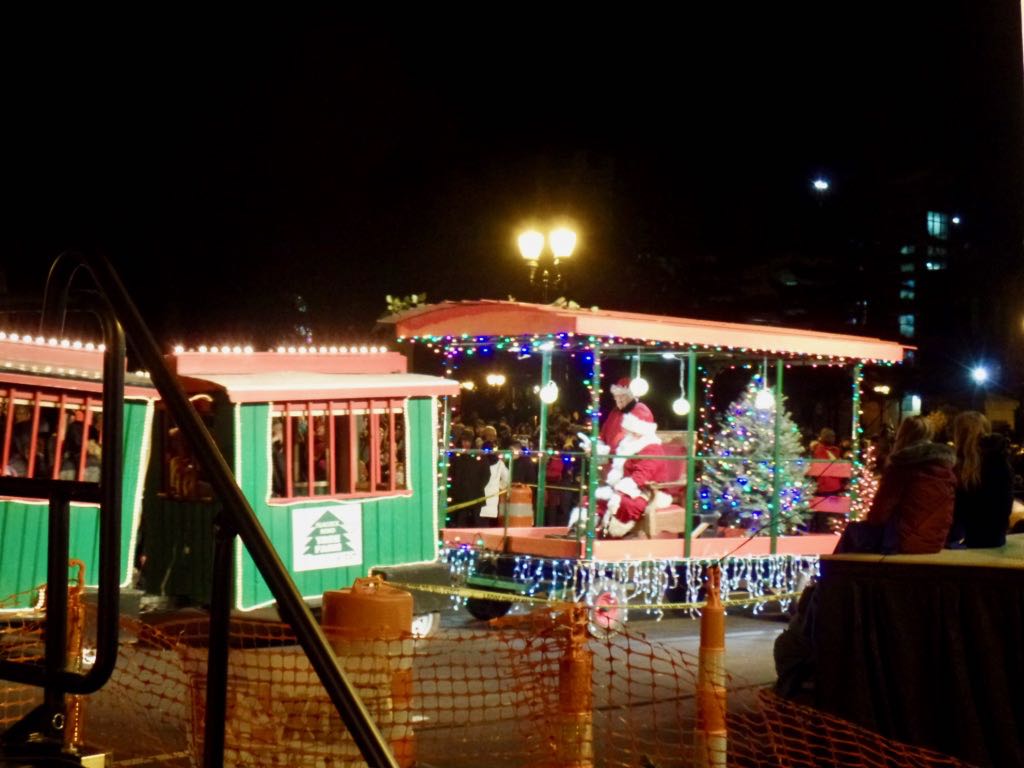 One of the Christmas tree farms wanted to be sure you saw Santa before the end --- oh, this is the end of the parade! 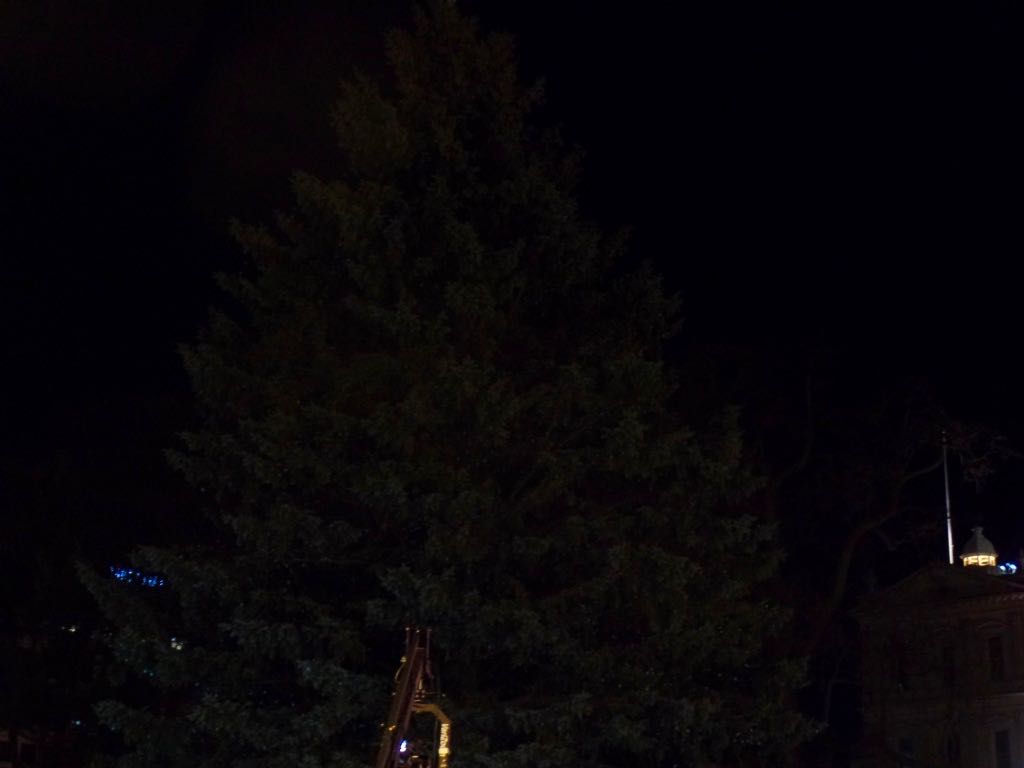 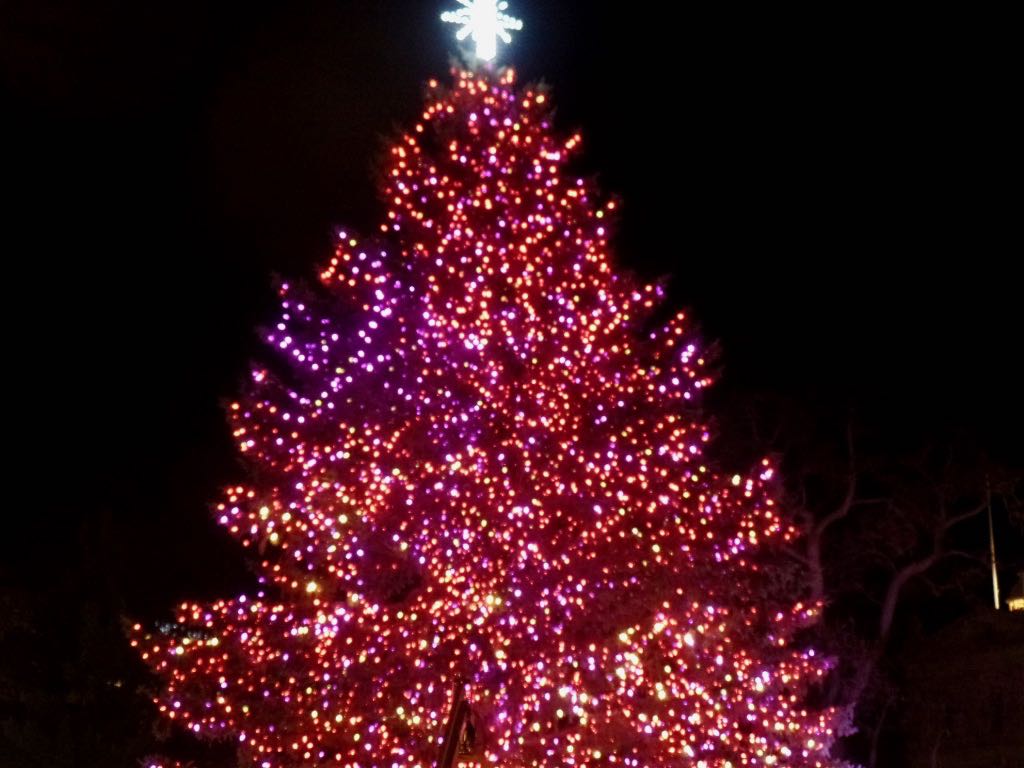 Ta-da! The State Tree, lit up for the year! 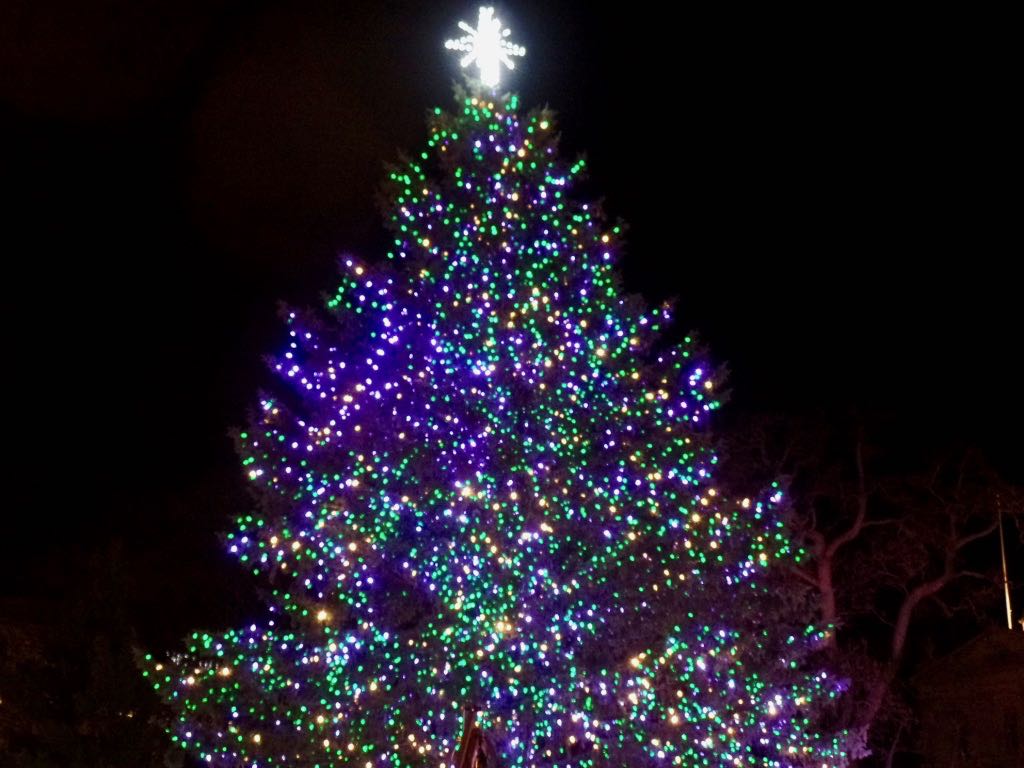 Did we mention we had color-shifting LEDs for 2019? 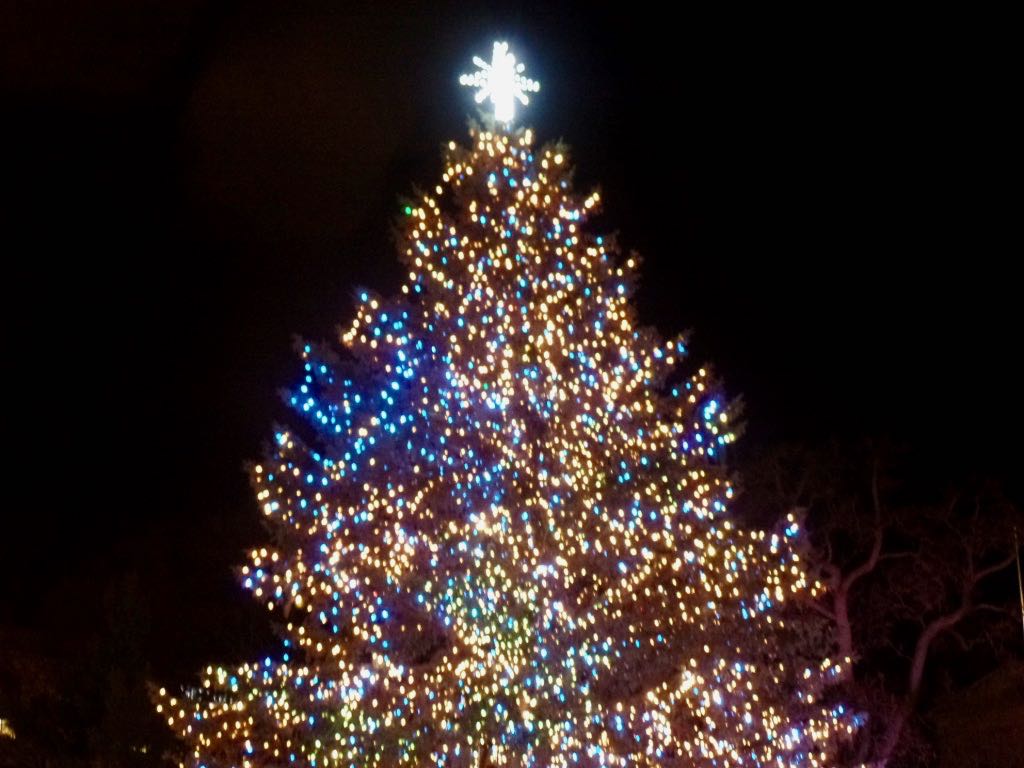 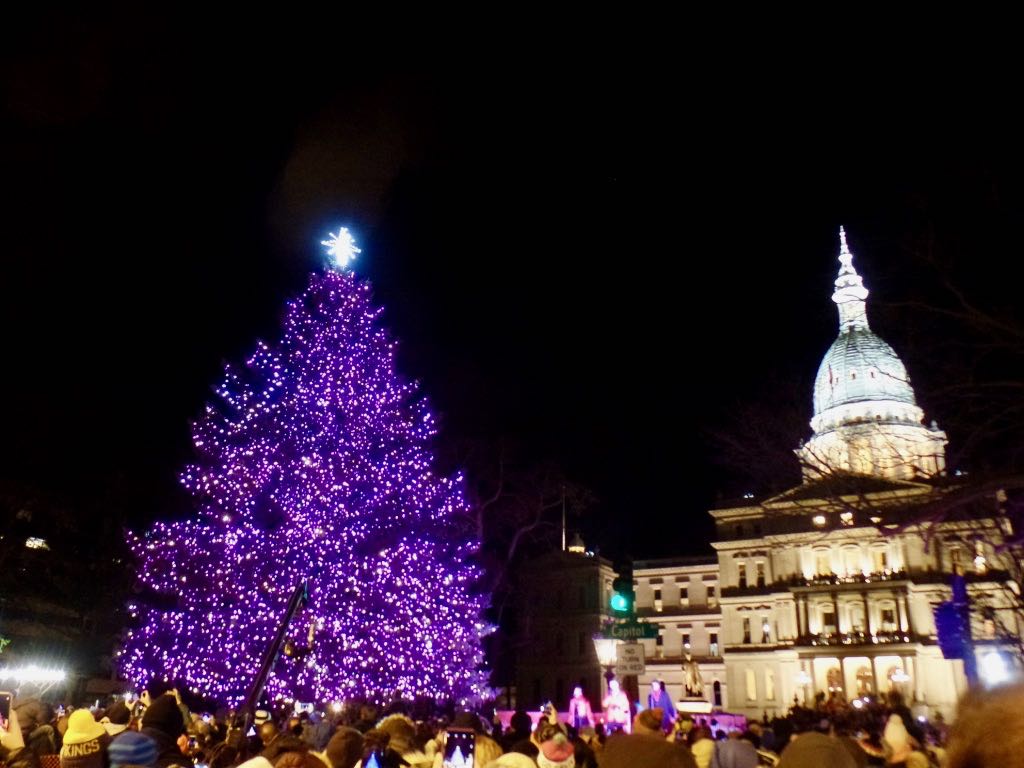 The State Tree as seen beside the state capitol. 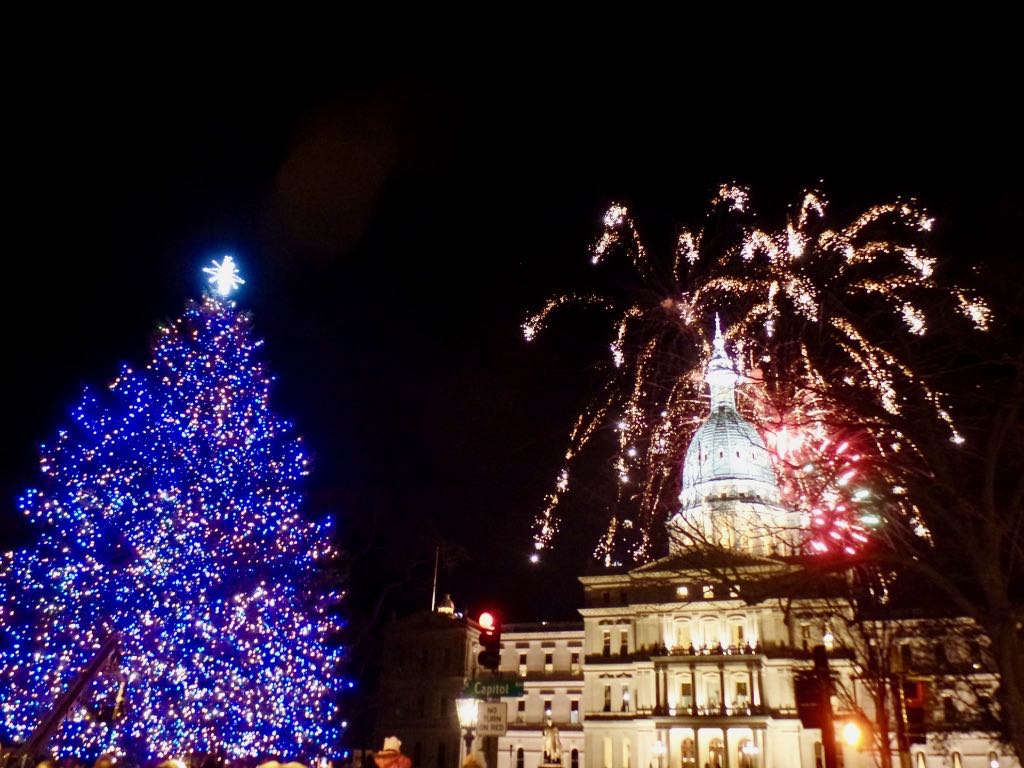 And the fireworks begin! 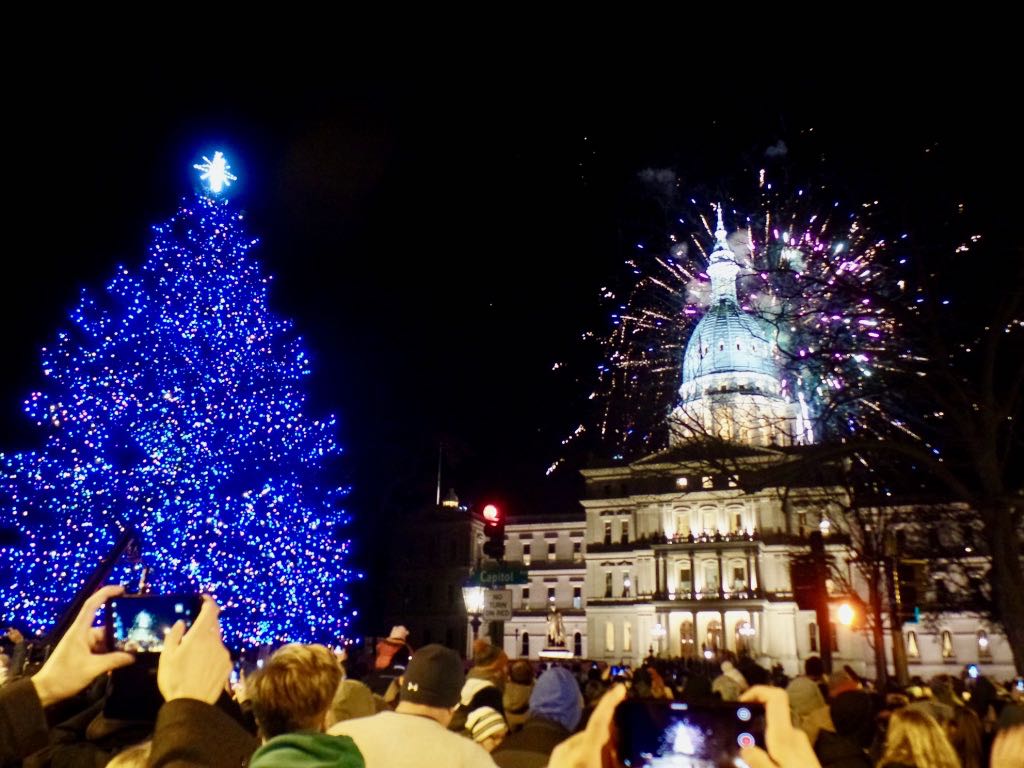 The fireworks continue as the tree gets into a more blue Christmas mood. 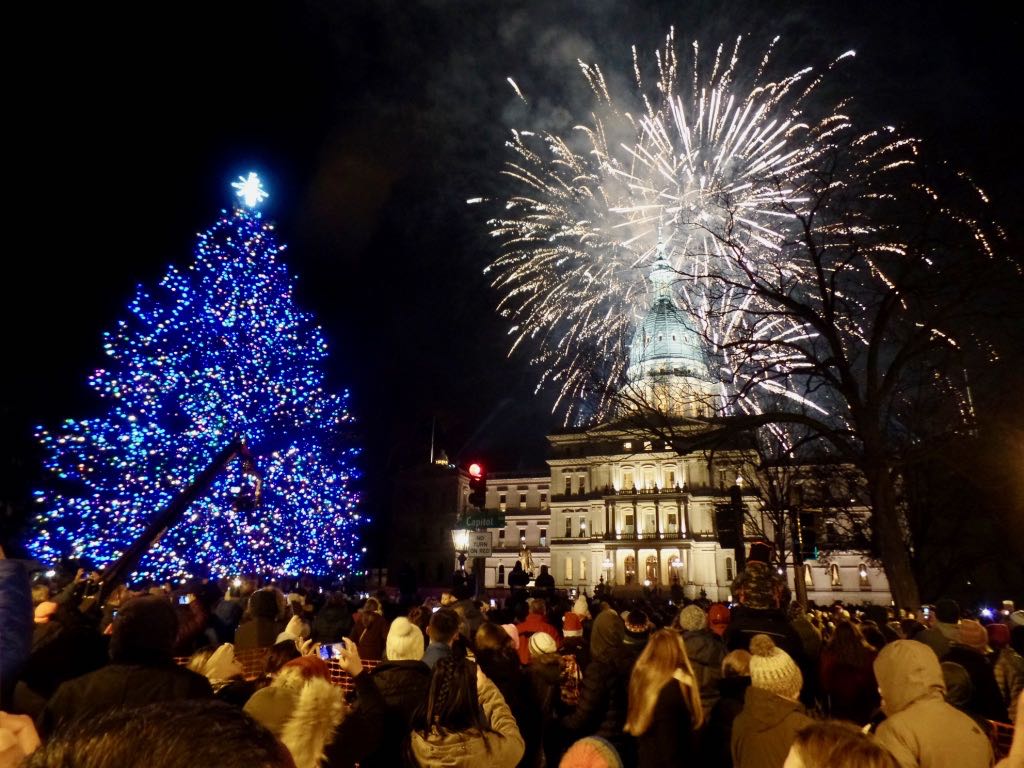 The capitol dwarfed by the fireworks show. 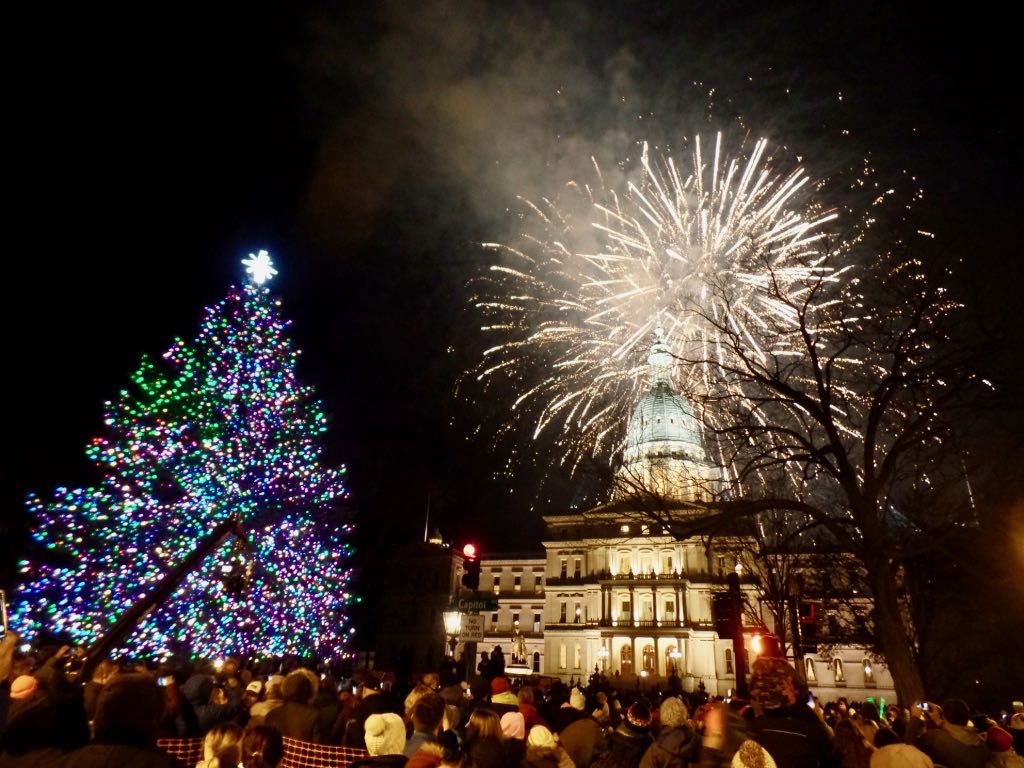 More fireworks and you can see some of the smoke cloud from the show. 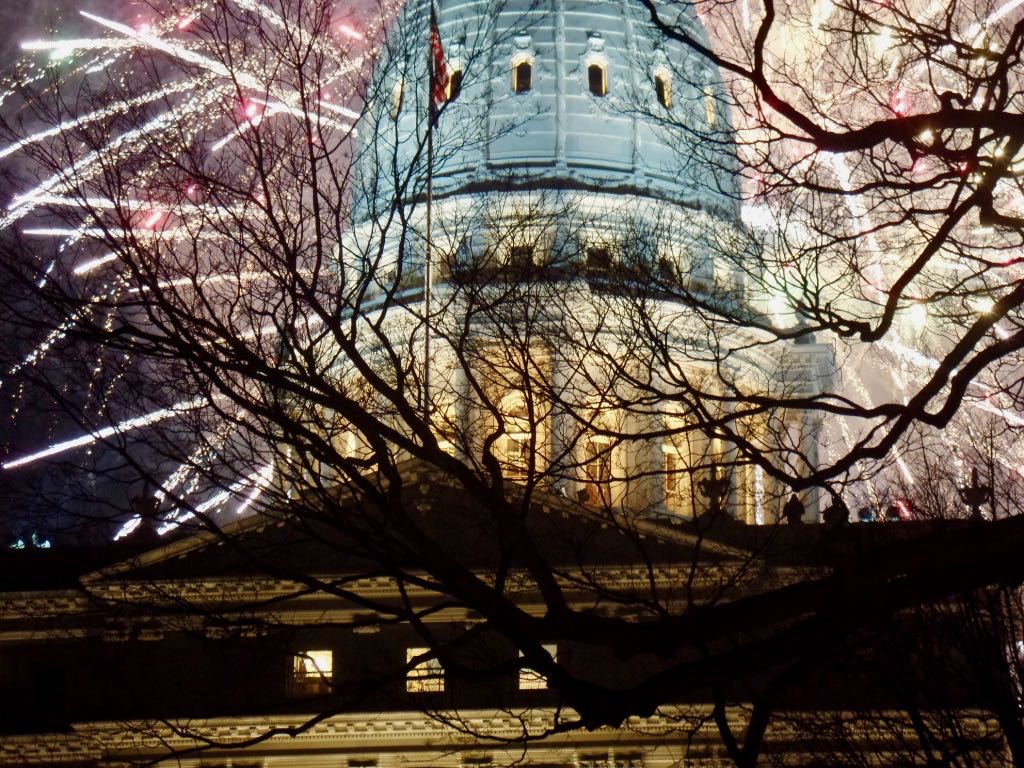 I zoom in on the capitol dome as fireworks go off behind it. 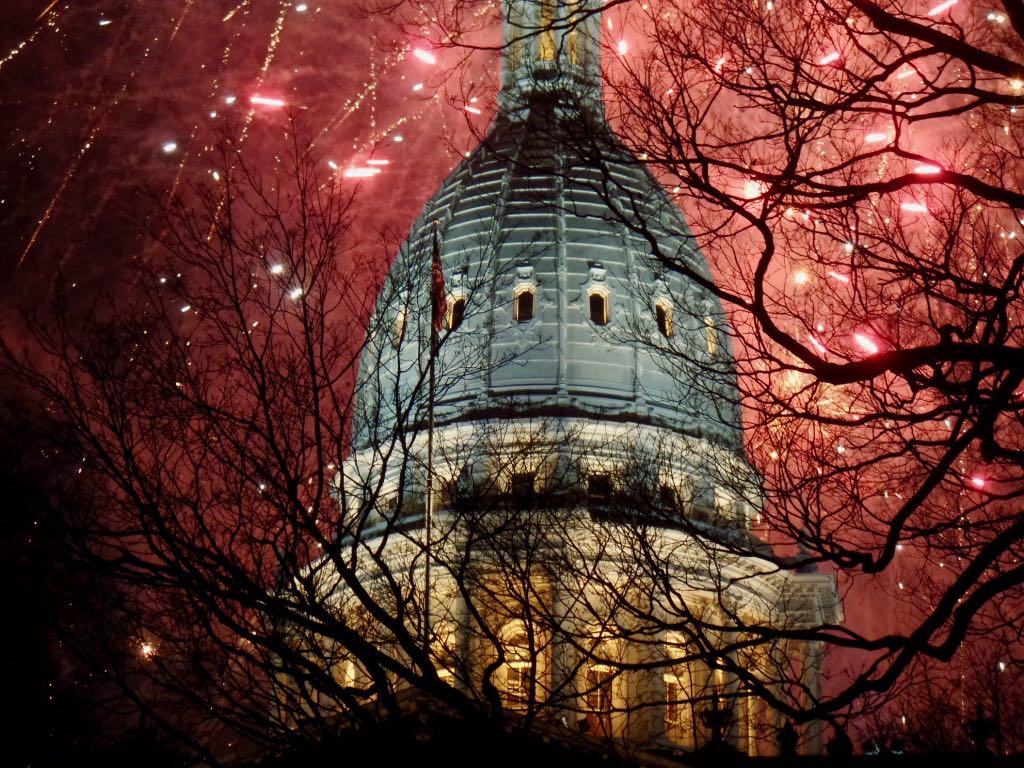 Fireworks in red as the show continues.

Trivia: On the space shuttle forward lower fuselage, where heating during reentry was most intense, heat-resistant tiles could not be more than 0.030 inches apart, lest too much heat reach the spacecraft's skin, but could not be closer than 0.017 inches together, lest they strike one another as the vehicle flexed. Source: Development of the Space Shuttle 1972 - 1981, T A Heppenheimer.