There was one more thing we did for the holiday season but I didn't have the time to write it up before and today my mood has been too fowl to do anything further. So that'll wait. Instead let's see some more backglasses and such at the VFW Ann Arbor Pinball Museum of Halls, from the Black Friday 2019 visit. 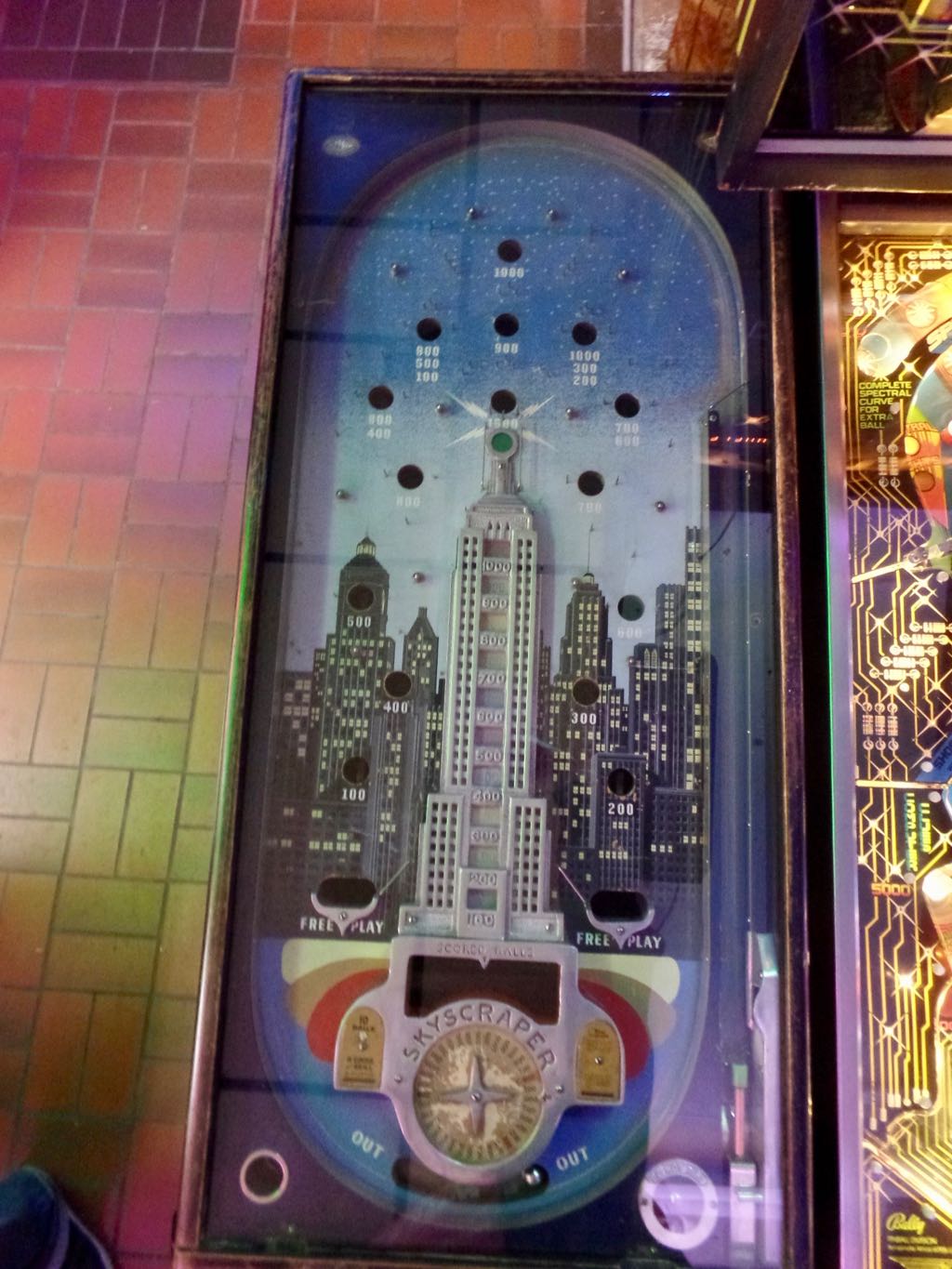 A real historic piece: Bally's 1934 Skyscraper. The goal is to shoot the holes that light up the whole skyscraper, so this isn't a pure mechanical. But note that there's no flippers or anything; you just have to plunge and nudge. 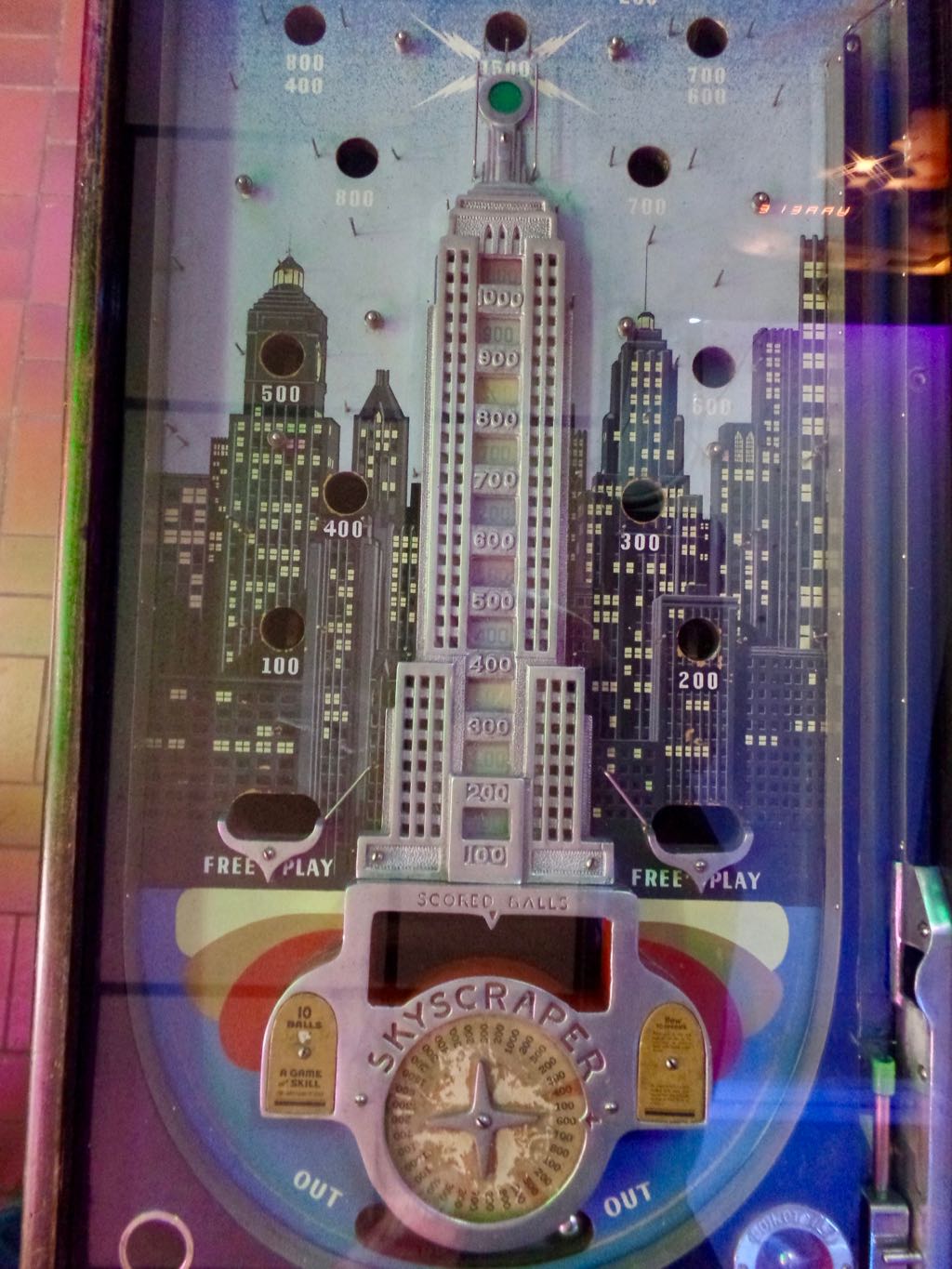 Looking closer at Skyscraper. The compass-like disc in the center is apparently a spinner for free points at the start of the game. The circle in the lower right corner is the tilt detector: if the ball's out of place, the game's void and your awards forfeit. 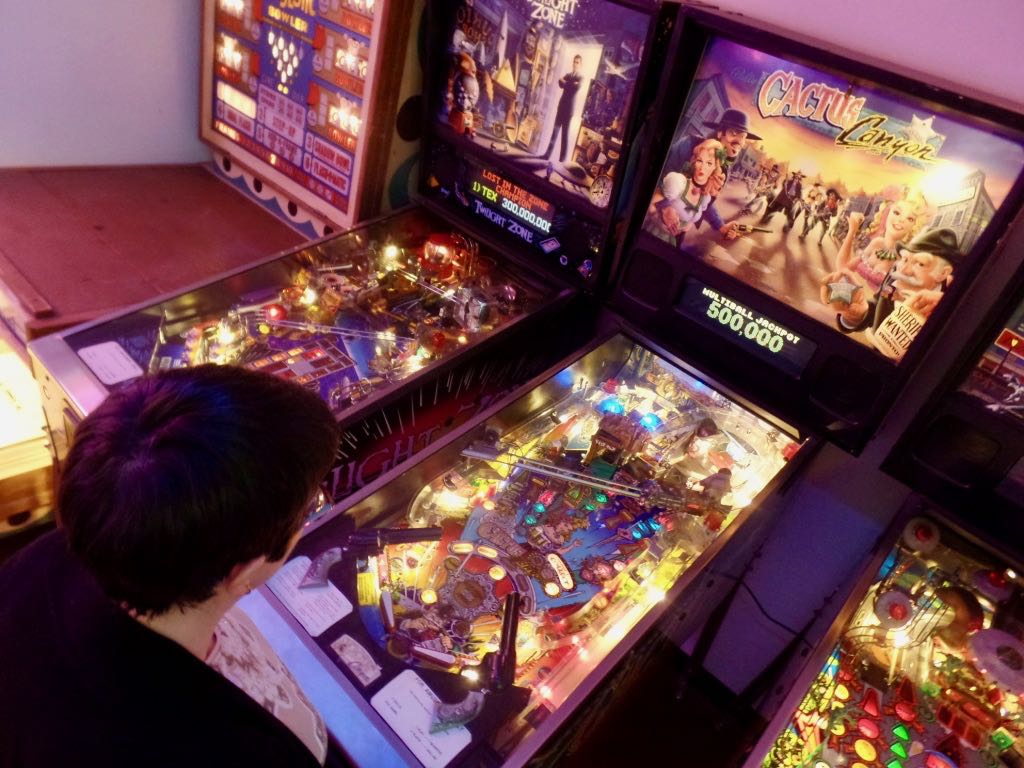 bunny_hugger playing the Cactus Canyon 2.0. The table was one of Bally Williams's last tables and the original rule set not completed; fans went and wrote their own completion and that's what you play here. (The Pinball Arcade app used to let you play the original.) 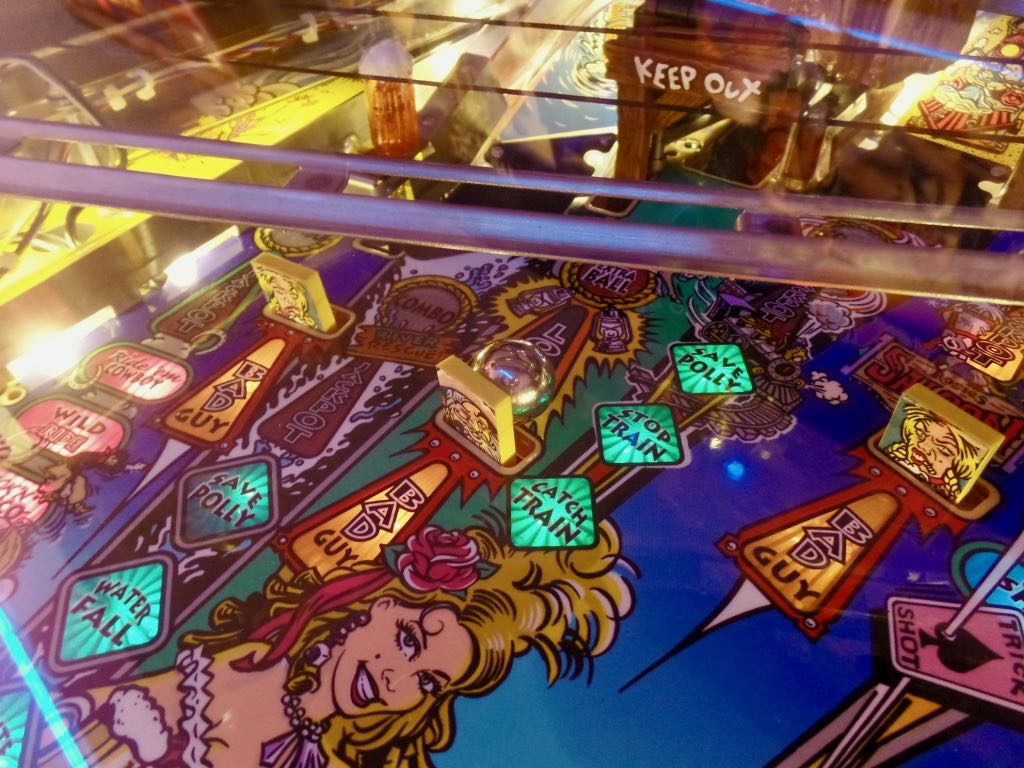 ... Oh for crying out loud. Pinball stuck behind the drop target on Cactus Canyon. 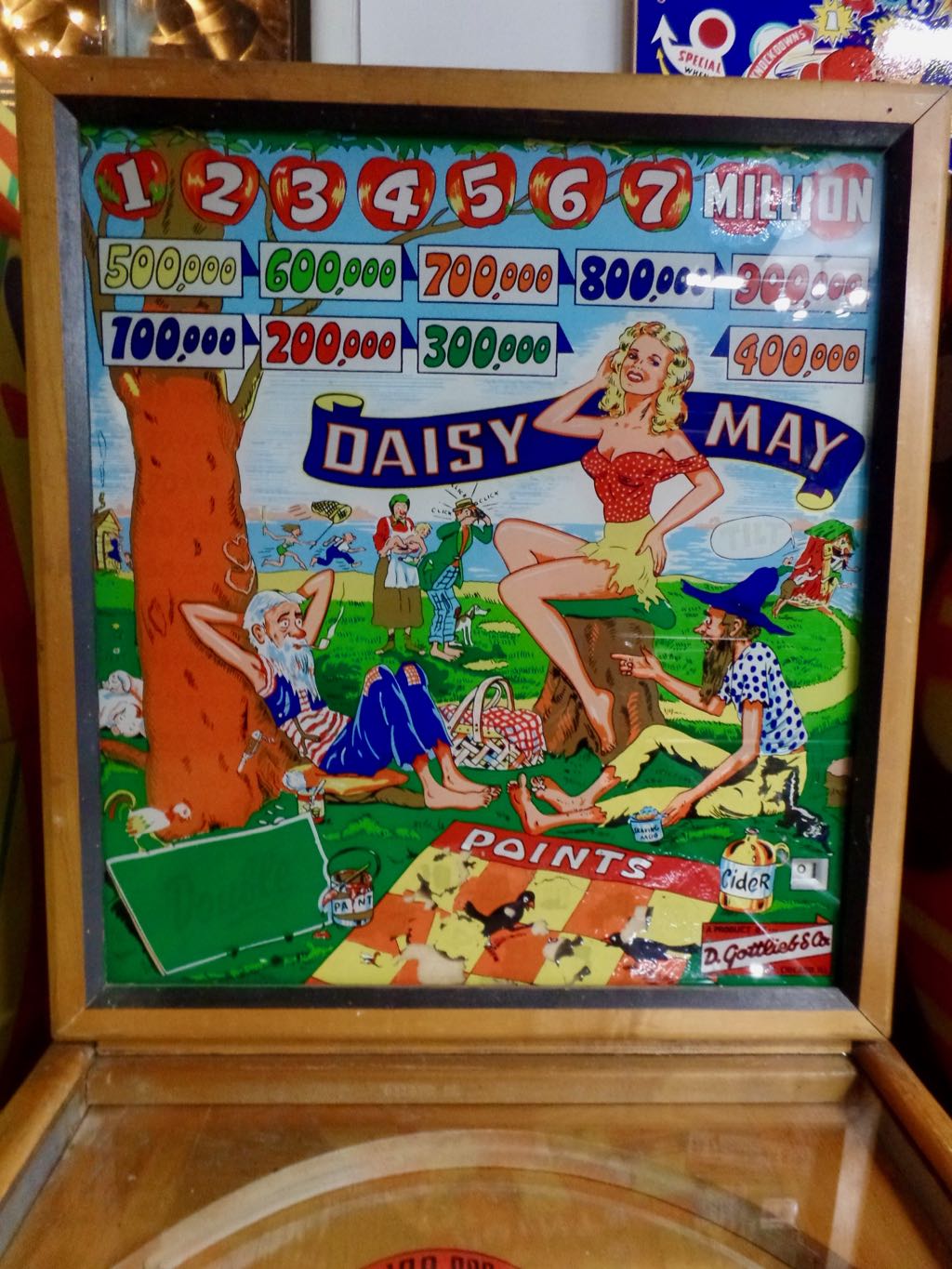 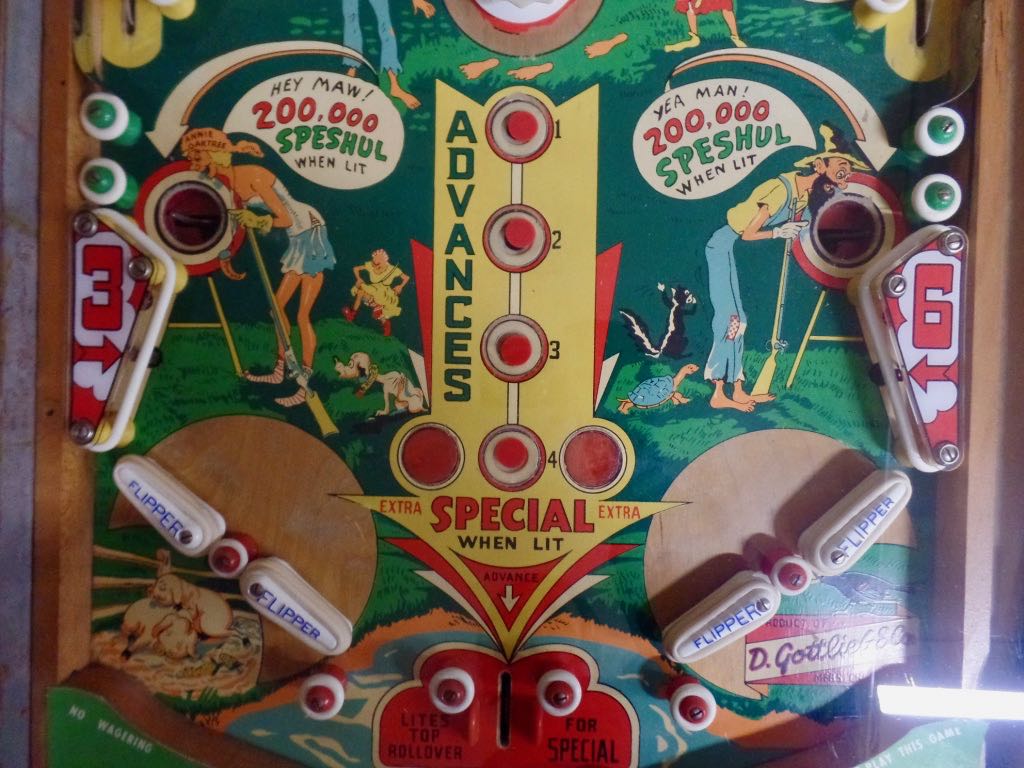 Lower playfield of Daisy May, with a truly wild arrangement of flippers. If I remember right the flipper button snaps both flippers on that side together, snapping them into a V. It really messes with your head. 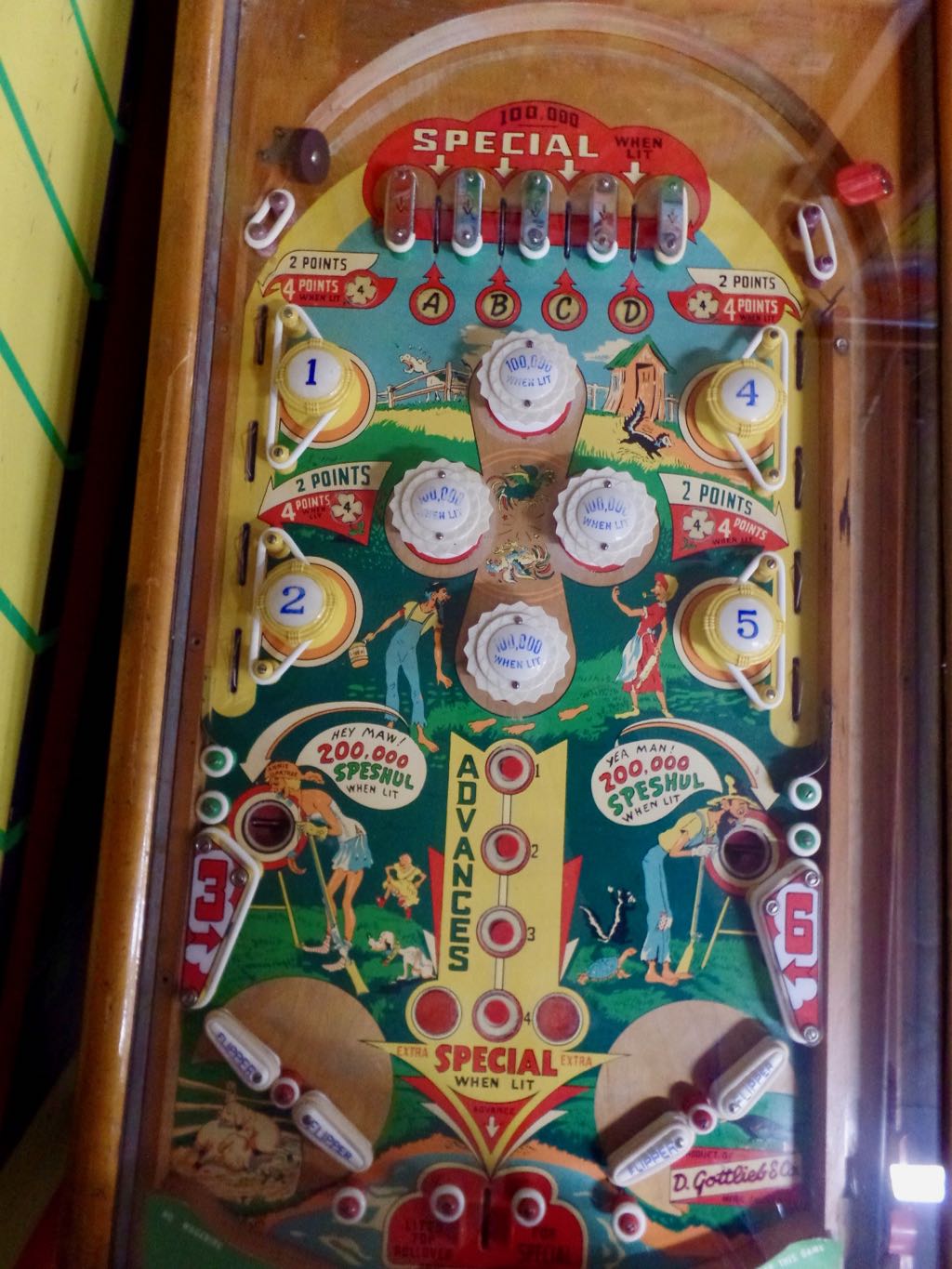 The whole playfield for Daisy May. They were really into symmetric playfields back then. 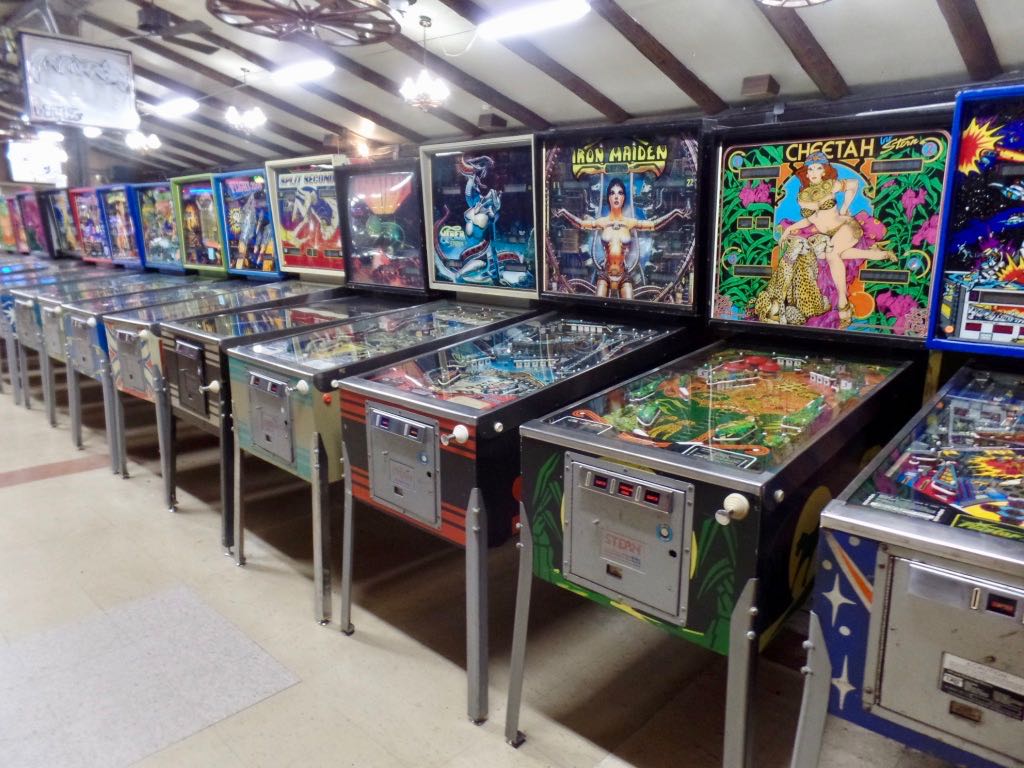 End of the night; please enjoy a long row of pinball machines, some of them with backglasses that aren't about barely-clothed women. 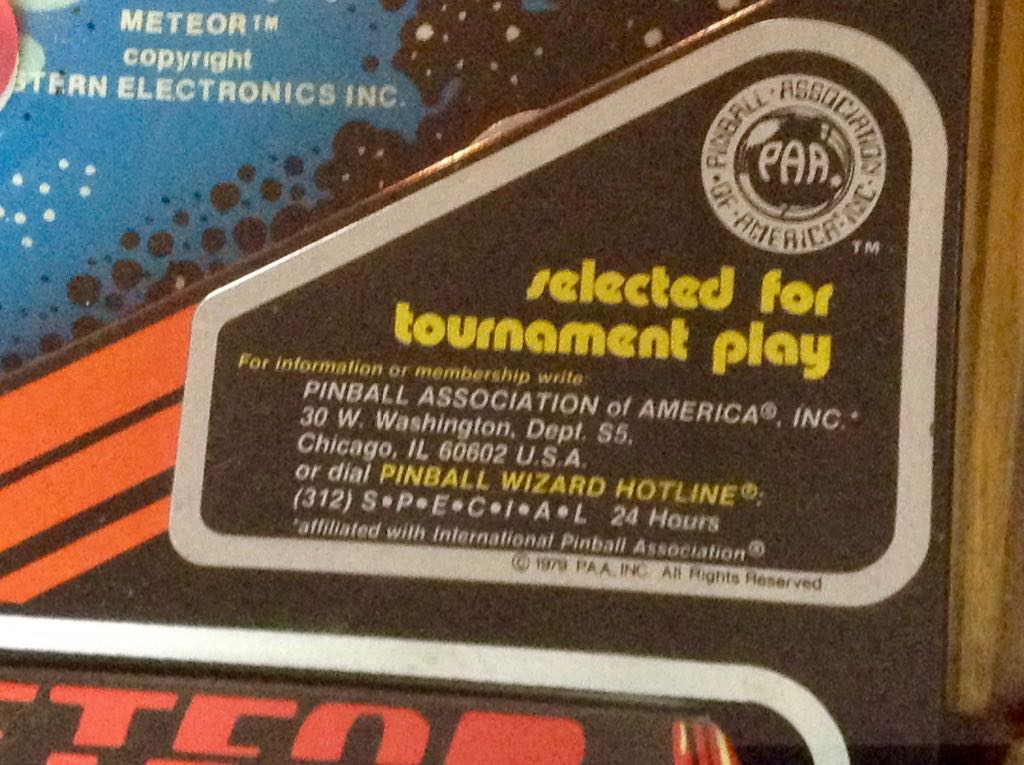 Trivia: During the winter of 1917-18 the United States rationed coal to two-thirds the usual supply, with many uses of electricity such as outdoor lighting and elevator runs to below the third floor being forbidden. Source: Coal: A Human History, Barbara Freese.

Currently Reading: Christmas: A Biography, Judith Flanders. So one delightful little recurring theme this book has been that it turns out a lot of Christmas traditions came about from someone who had a good prose style deciding that whatever their family did when they were eight was The Way to celebrate Christmas and their readers shrugging and guessing, welp, that must be right. Also that anything which existed when they were eight dated back to time immemorial, and so Christmas has just been Borging traditions up like this through the centuries.