Although I'm still using MiSTings on my humor blog as some nice easy major-piece publishing, I had a week that looked otherwise not-low-power recently. How not-low-power-ish did it look? It looked like this:

Getting into December 2019 here in my photos. So there's this coffee shop chain, Biggby, that's as ubiquitous as Starbucks was in jokes in the early 2000s. In December we learned they were shutting down their original location, and we made a closing-day visit. ... Oh, also, first: 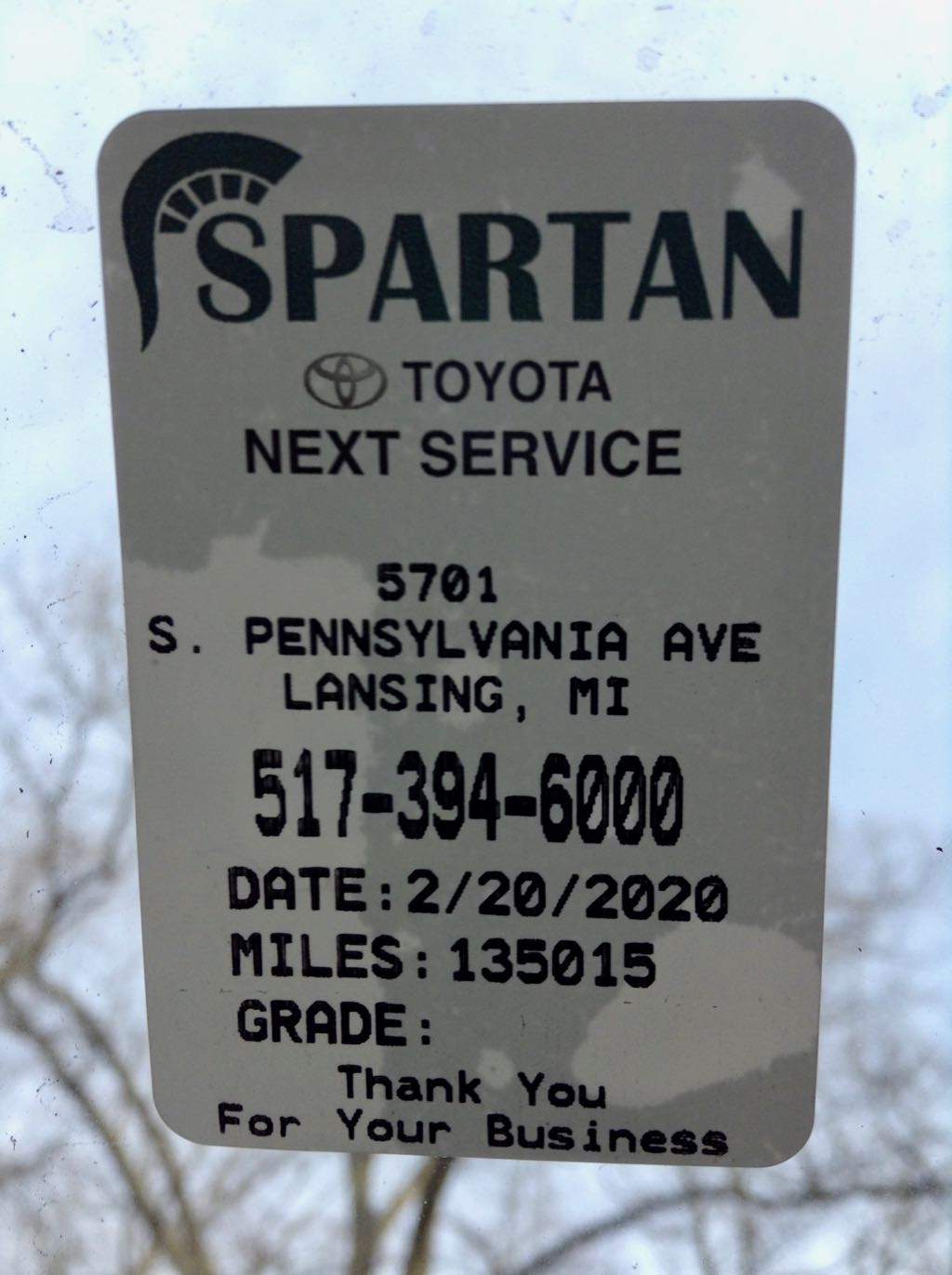 Just a silly thing; my car didn't make it to February 2020 before needing servicing, but --- believe it or not --- a lot of people were delighted by February 20, 2020, since it's got such a nice pattern. So I grabbed a snap of the inspection sticker before it was replaced with one that projected my car to reach its 5,000th subsequent mile in June of 2021. It reached it Christmas Eve. 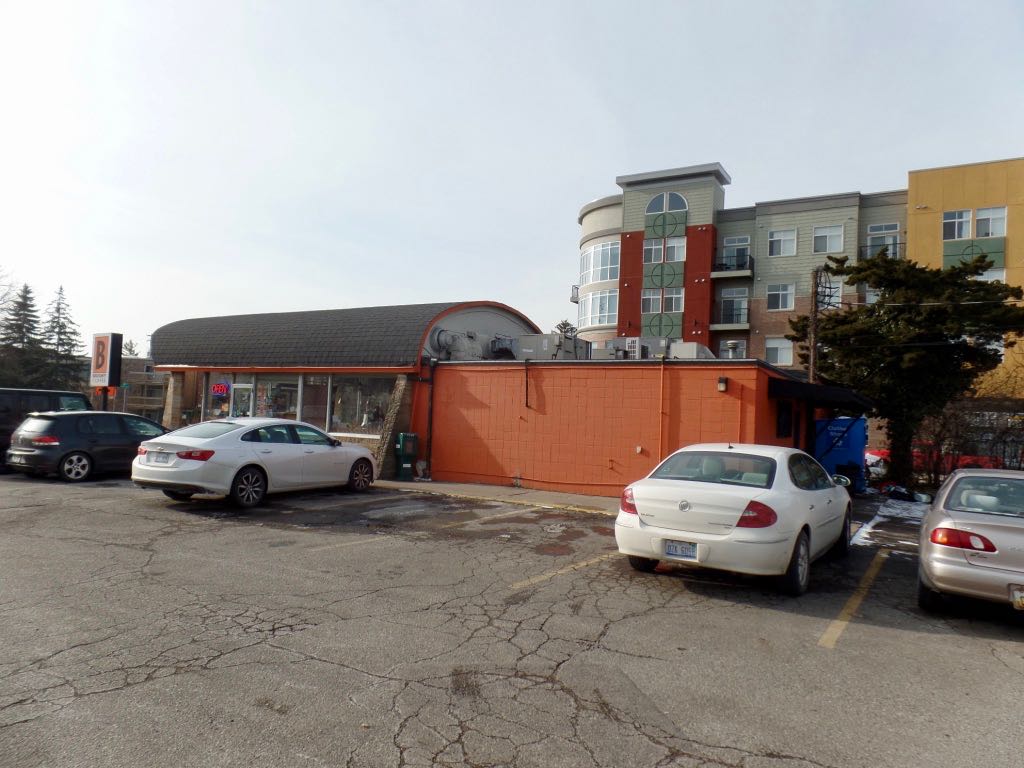 Now here's the East Lansing origins of Biggby Coffee, in a building that sure looks like it once served some other role. 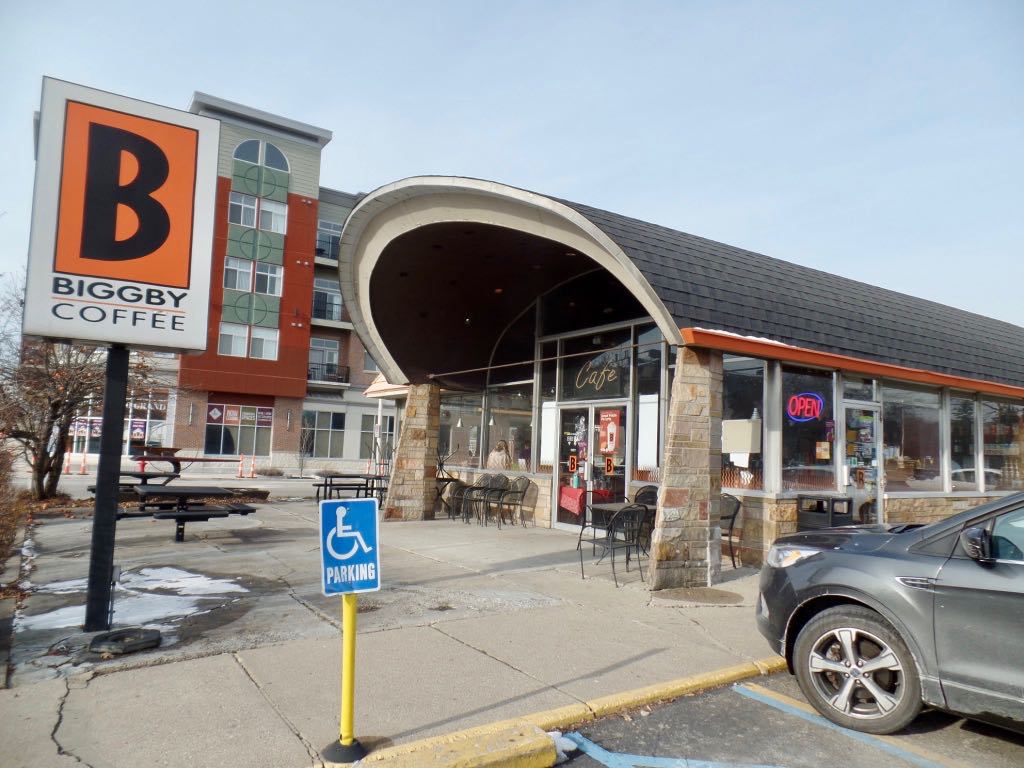 The original Biggby cafe. Behind it, that mixed-use building so boring you need me to come over and look at it? That's the cafe's new home, in the first floor space that was built as a bank before the owner learned no bank wanted to move into it. 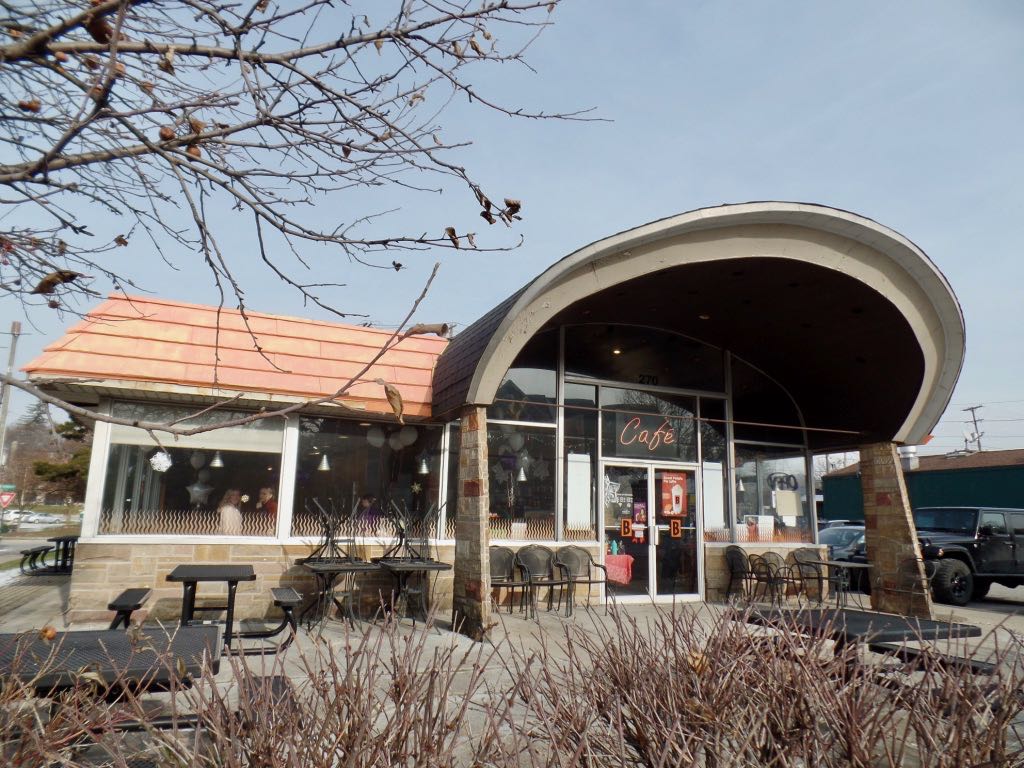 The front of the original Biggby's, in the early but not yet bad winter. 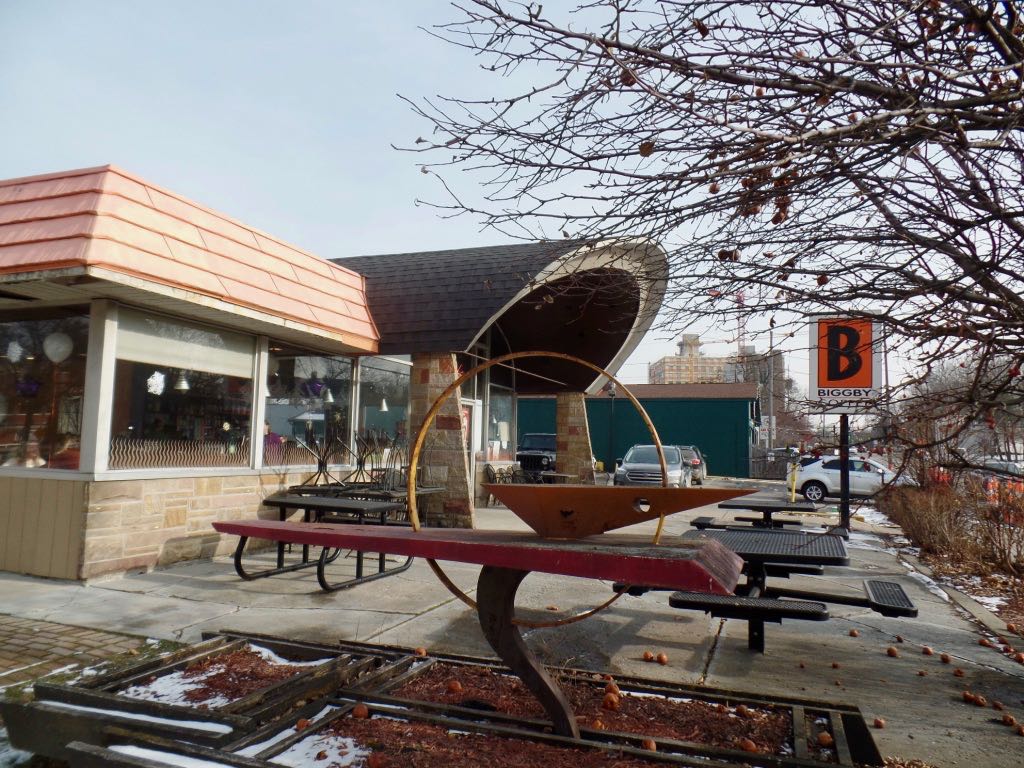 And here's the shop with a piece of modern art in front. In the background is Downtown East Lansing, which they've been dropping eight-storey apartment buildings on like the town needed them. 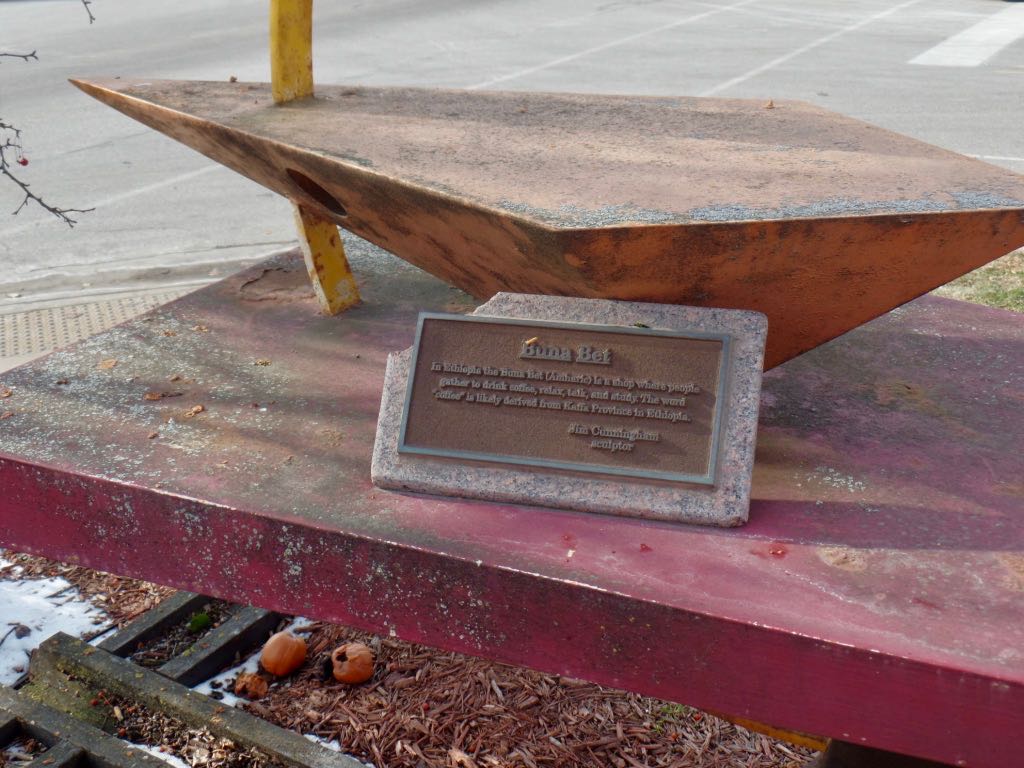 The sculpture and its description. ``Buna Bet: In Ethiopia the Buna Bet (Amharic) is a shop where people gather to drink coffee, relax, talk, and study. The word `coffee' is likely derived from the Kaffa Province in Ethiopia. Jim Cunningham, sculptor.''` 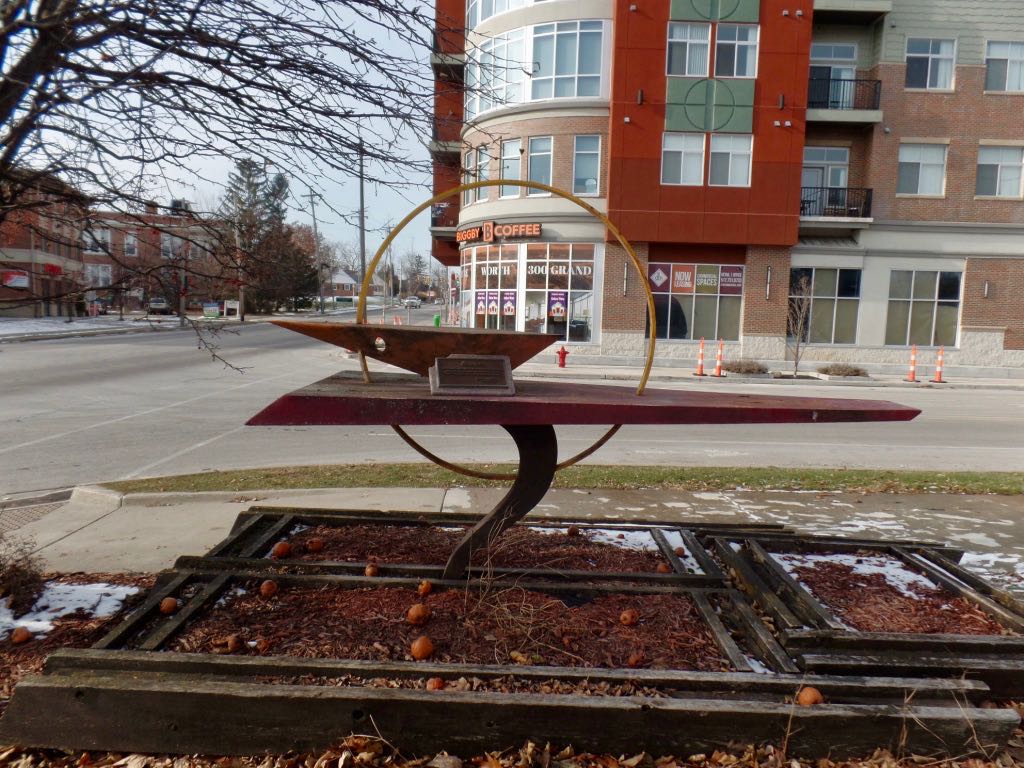 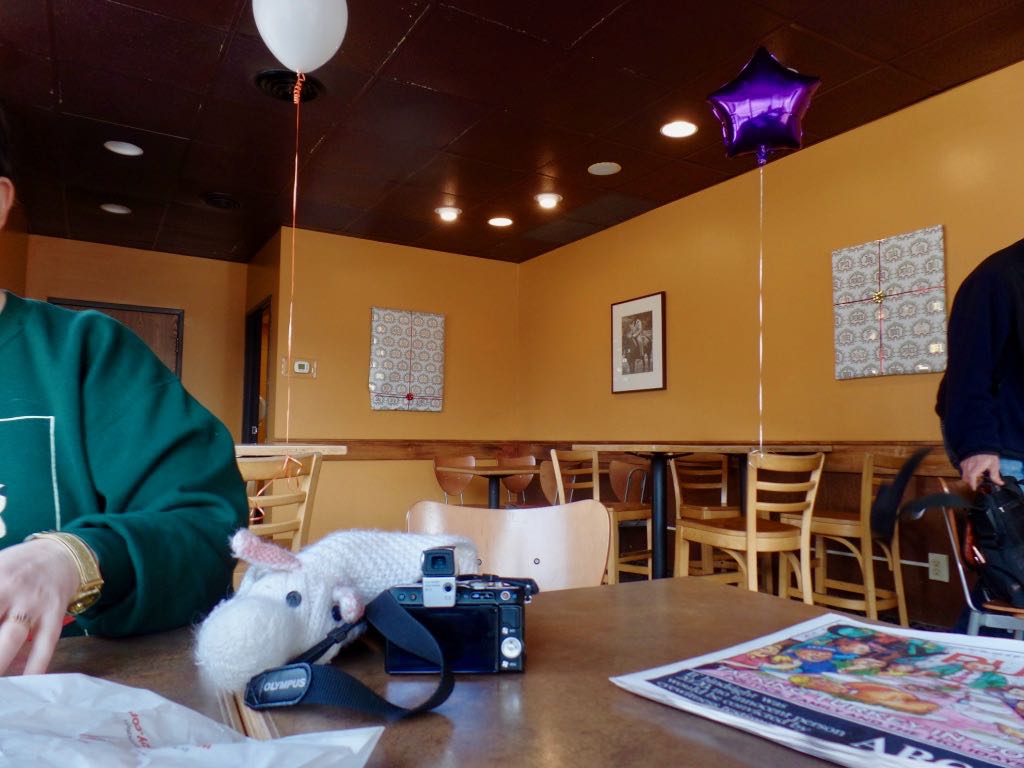 So we got some coffee and tea and bagels and the local alt-weekly and sat down in the dining room. 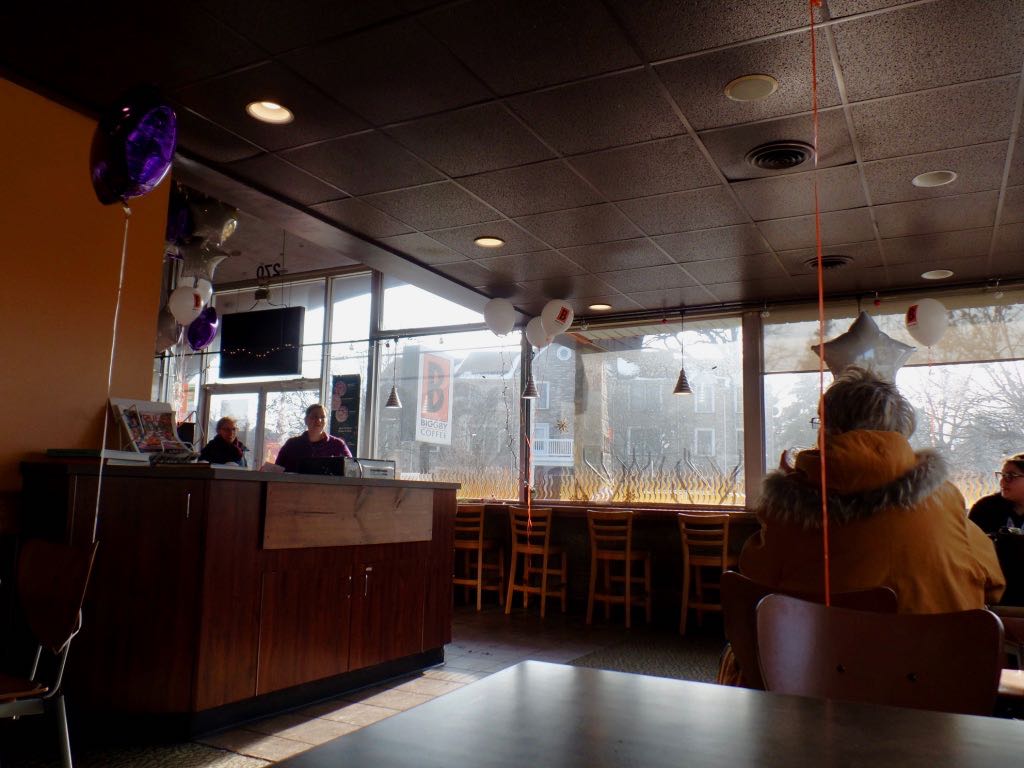 Looking from the dining room out front. 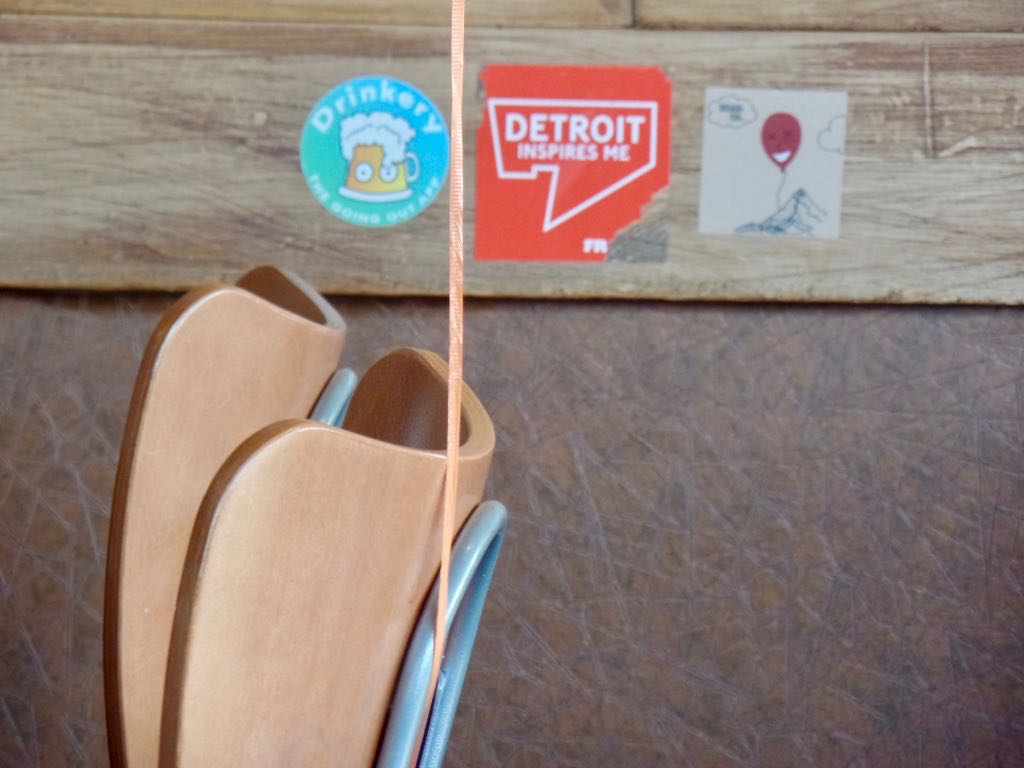 Stickers put on the wall by old patrons. I don't know which of these are bands.

Trivia: Mattel bought the Ringling Brothers and Barnum & Bailey Circus in 1971 for $50 million. They sold it for $23 million a few years later. Source: Seeing the Elephant: The Ties That Bind Elephants and Humans, Eric Scigliano. (Scigliano doesn't say how many years that was; apparently, Mattel put them up for sale in 1973 and had a buyer and then it took until 1981 or 1982 to be complete. Also it's annoyingly hard to pin down things like ``when a corporation buys another corporation''.)