You'll be doing all right, with your Christmas of white

In a normal year we'd have been to Silver Bells in the City, lighting the State Tree the week before Thanksgiving. That didn't happen. I walk all the way to downtown not infrequently --- I did it the day the election was finally called, for example, and have a couple more times since then --- but never at night, so I hadn't seen it lit.

bunny_hugger had seen it lit by day, when she passed it during one of her 5K walks, but neither of us had seen it at night. So this past Sunday night we drove out, hoping that it hadn't been taken down already.

It had not. The tree was there, lit in white and red and green, as opposed to the color-shifting bulbs of last year. The tree was one from the Lansing area, a first for the state tree. According to the Silver Bells At Home program, back before Thanksgiving, they were scouting for trees near the capital. A team was looking at one volunteered tree when they noticed another tree nearby that looked even better, and went there on spec. Turns out that house had volunteered the tree years ago and been told to call them in twenty years. It hadn't been quite twenty years, but it was a weird year. And, one hates to lose a big tree in the yard, but it was precariously close to the house; I understand seeing it and thinking this will someday be an ice storm disaster.

So we had the State Tree nearly to ourselves, to admire and photograph, on what turned out not to be the last day it was lit. At least for a good while; a guy came up and panhandled while we photographed.

bunny_hugger hadn't brought her wallet. Me, I had, but only had a couple singles left, which is weird but less so when you consider I haven't been to the ATM since ... uh ... August? Then it's still weird but in a different direction.

After exploring the tree --- it had a sign this year explaining where it was from, something I hope they do in future --- we drove around the neighborhoods looking for places with lights still up. This proved a little treacherous as we had our first substantial snow of the year and neighborhood streets had been plowed by the power of positive thinking. And then tricky: by chance we drove into a neighborhood we concluded had to be built in the late 20s or early 30s, based on the streets being named Lindbergh and Pershing and Harding For Some Reason. But the streets also curved around and twisted on each other, like an 80s-or-later neighborhood. And many of the houses had styling that evoked the 50s to us.

They were also, generally great, by the way, well-decorated places often with snowmen outside. And, at one intersection, three deer prowling around just as though the neighborhood were the woods. But we were left wanting to understand what the deal was with the neighborhood.

The map revealed part of it: the neighborhood is on the edge of the Red Cedar River, and I assume in deference to geology the streets make a quarter-circle rather than a rectangular grid. And

bunny_hugger put the skills she's built working on her sidewalk blog to reveal the rest. It does date to the early 30s, as the names implied. And were noteworthy homes in their day, which may be why they were stylistically ahead of their time. She even found one house was featured in the Lansing State Journal as one of their showcase homes, with a special open house for people to come and enjoy the fully modern house furnished by Knapp's and another department store. She wondered if the people who own that house now know that it has a name, like some English country home or something.

This would be the last thing we specifically went out to do as part of the Christmas season. We'd close it with a Twelfth Night party on SpinDizzy muck, and then on the 6th of January watching Arthur Christmas for the first time this season. We'd seen the movie the 6th of January --- its last day in the theaters --- back in 2012. It was the first time we'd seen it on Blu-Ray, and we noticed more jokes than we do catching it on ordinary TV broadcast. And, it's a really sweet, wonderful movie that we're glad is getting more attention.

And we can let that stand as the end of our Christmas, then.

I've got a bunch more pictures of our last visit to the original Biggby #1, December 2019. Enjoy local coffee-chainery! 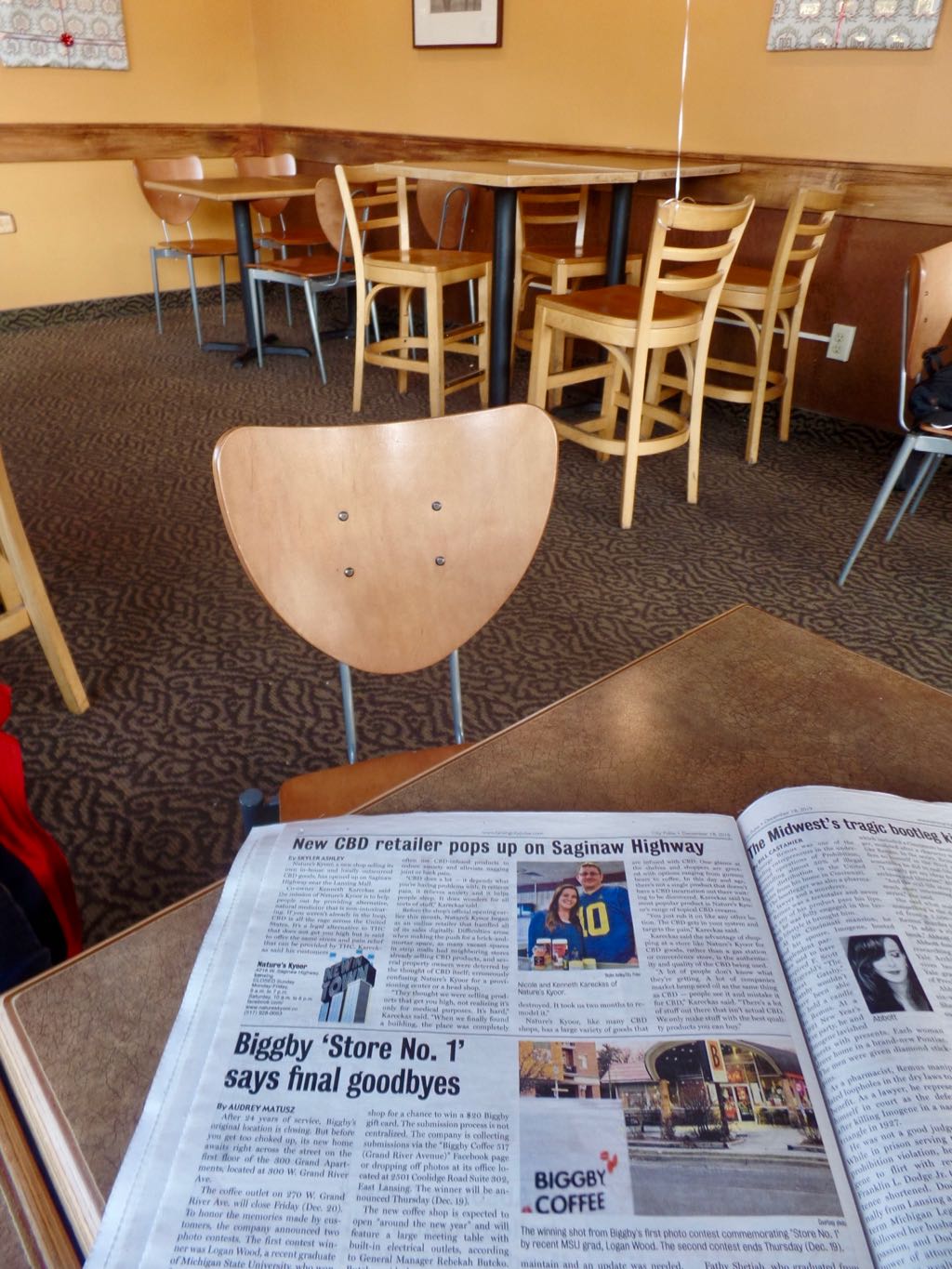 The local alt-weekly with its report about the shop closing, inside the shop that's closing. Also note that the alt-weekly New In Town reports on the opening of a CBD retailer, because the alt-weekly's primary interest is what pot you can get and where. It's a decent newspaper besides that, if you can get past that they're only interested in marijuana, and not interested in copy-editing. 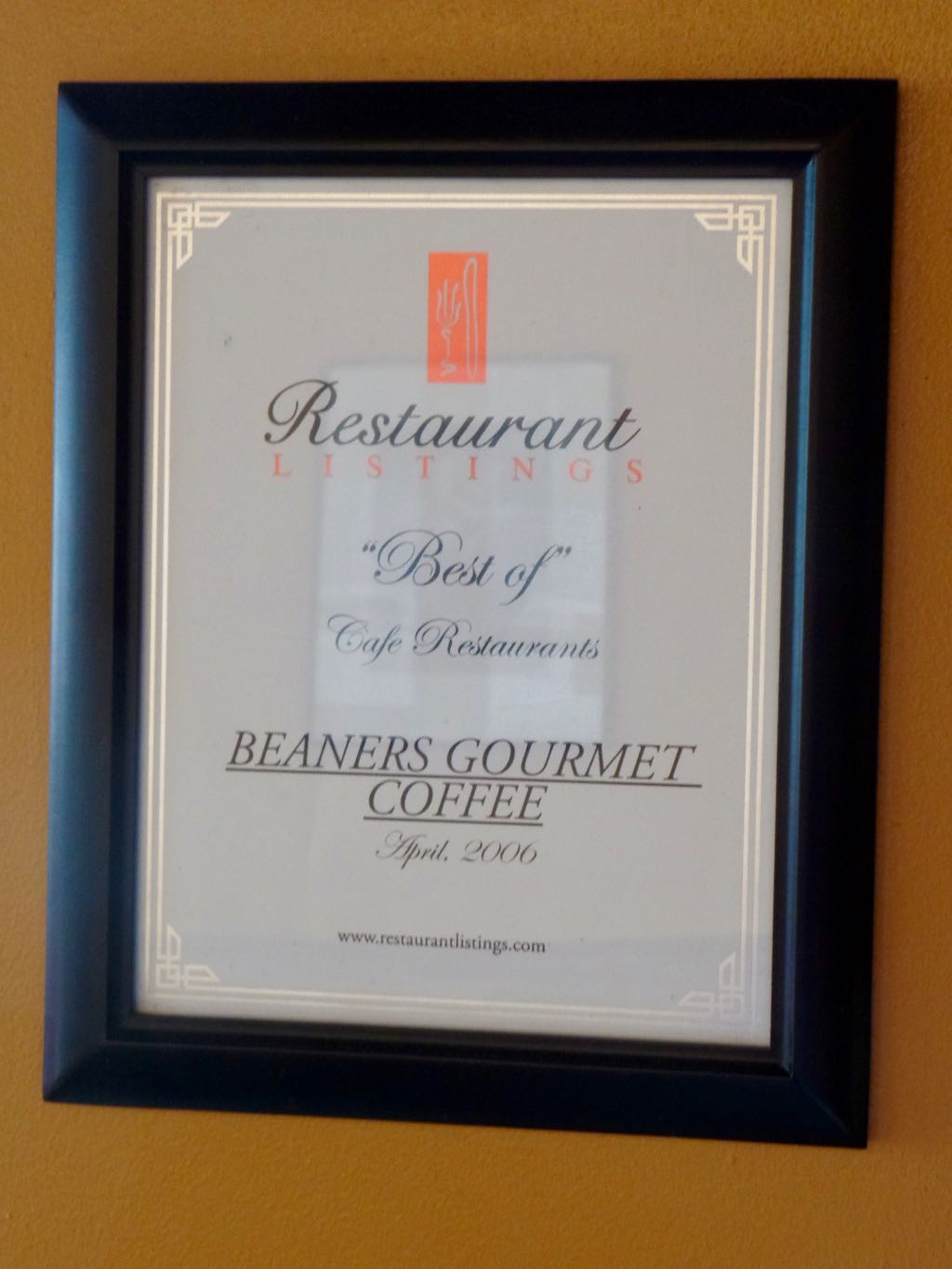 Old glories on the wall. The shop used to be named Beaners until they did some research and learned there's parts of the country where that's a slur and they figured to head off that problem when only a handful of people would perform Outraged At Giving In To Political Correctness. 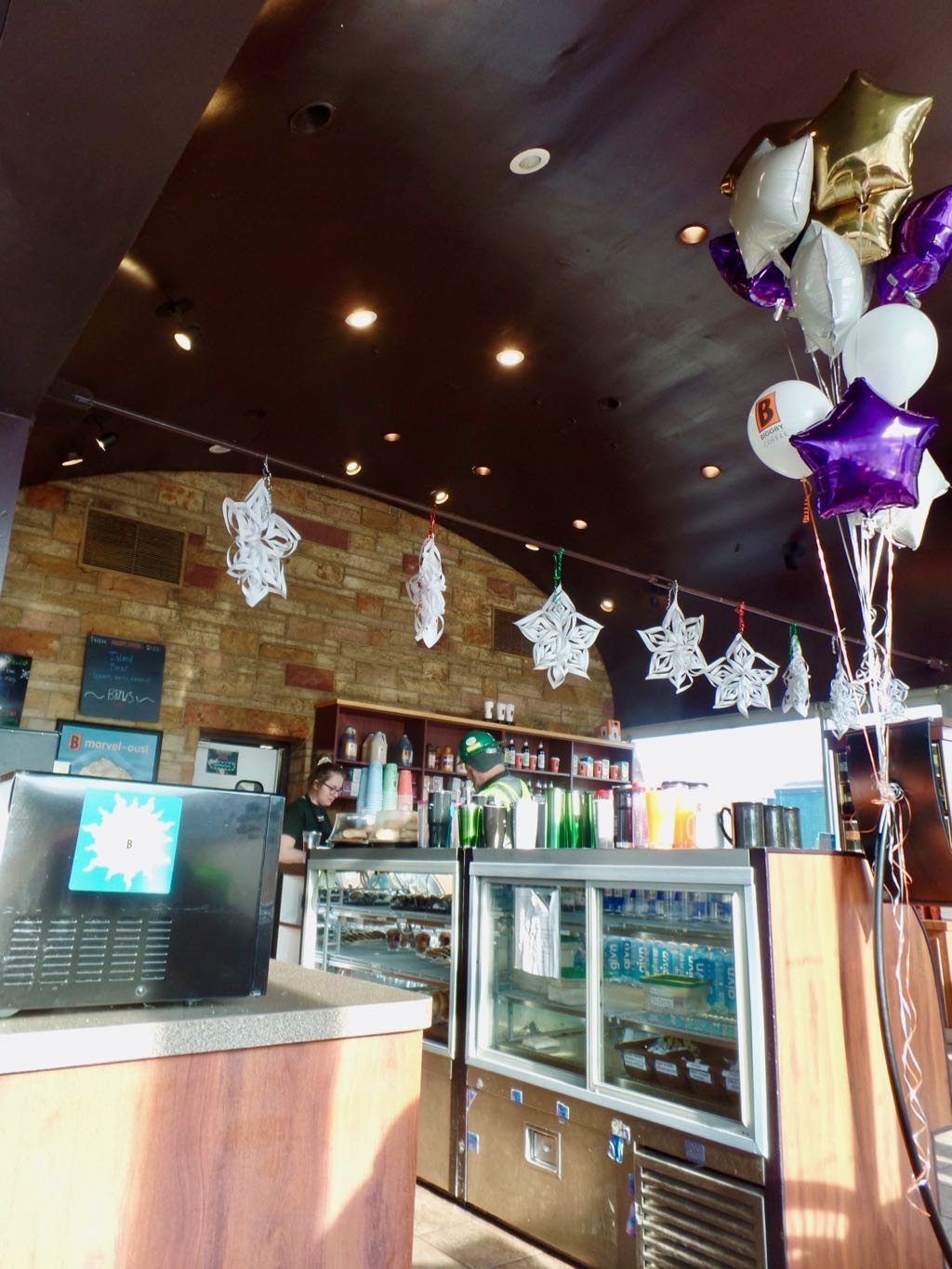 Behind the ordering counter, and a view of the winter and farewell decorations. 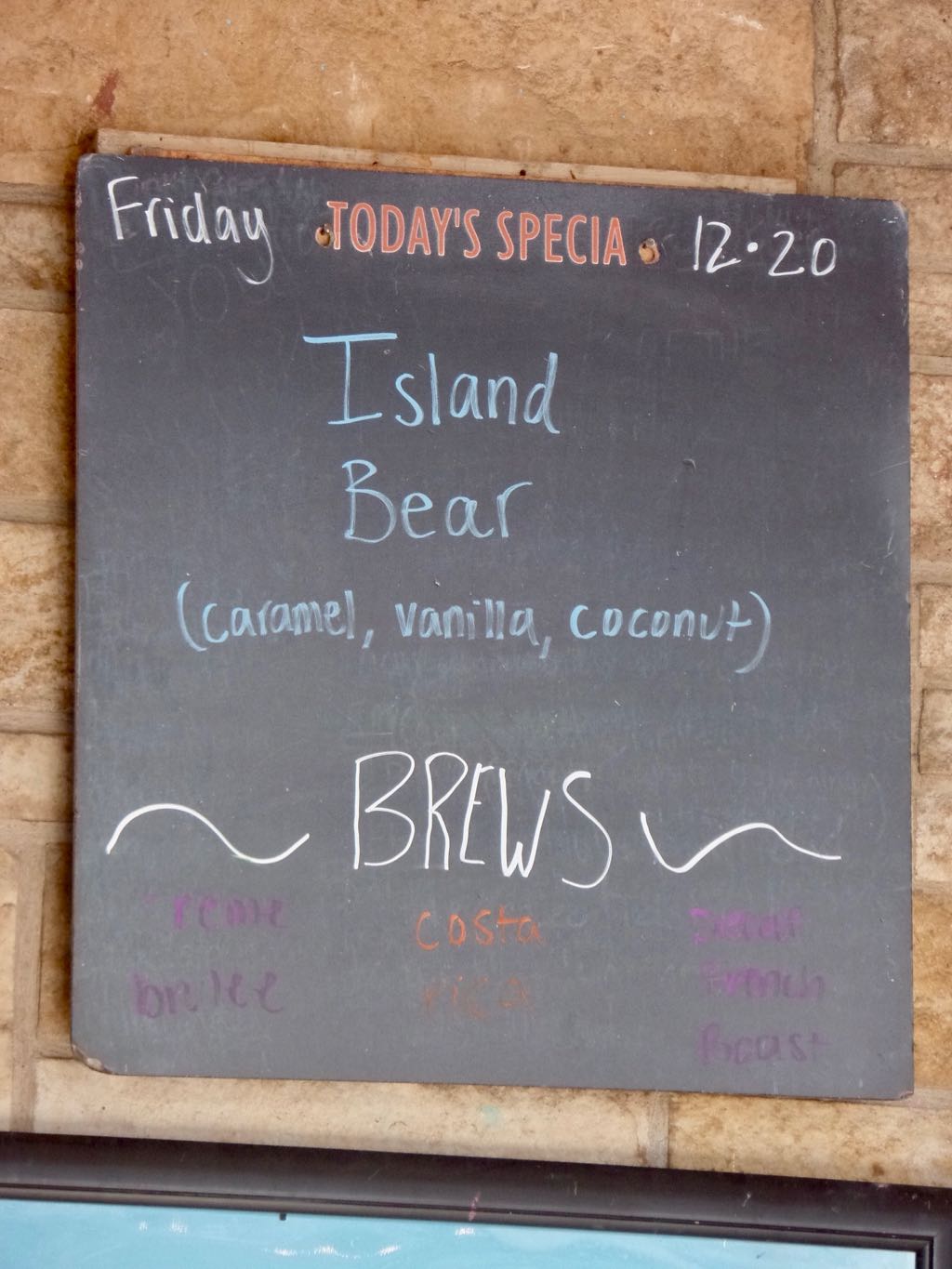 Daily special. Early on Biggby specialty coffees had a bear naming scheme. That's almost entirely passed into corporate blandness, but a few spots of this remain. (Other bears on the menu include the Teddy Bear --- white chocolate and caramel --- and the Butter Bear --- caramel and butterscotch.) 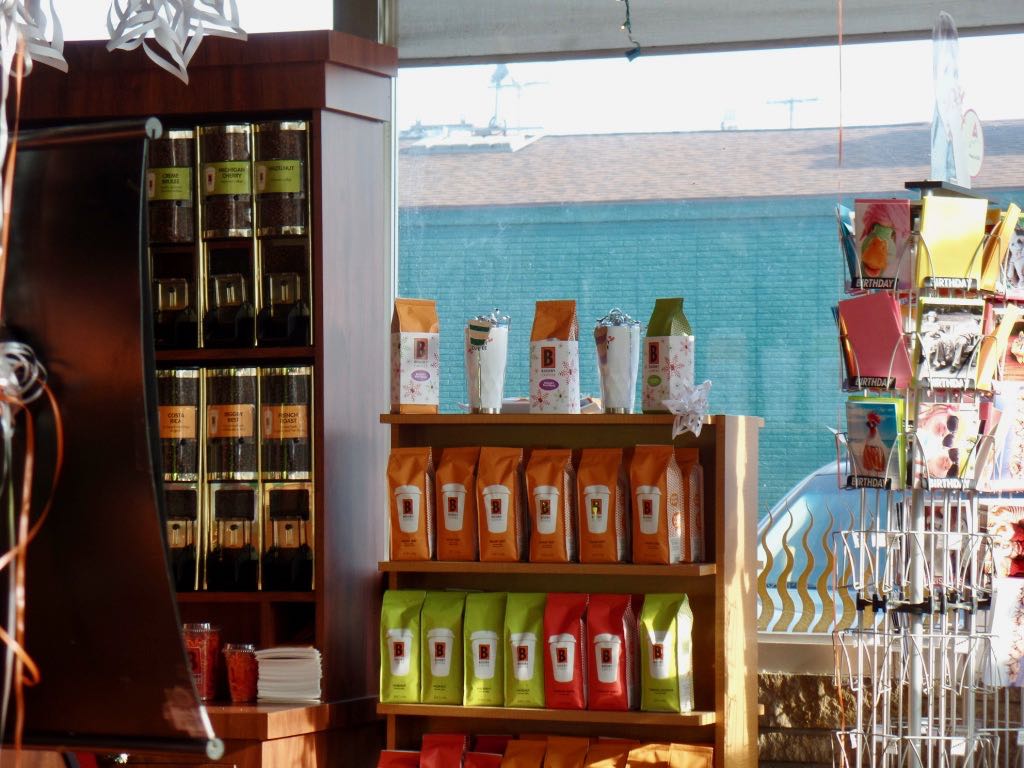 Coffees for sale, in whole-bean and ground form. Also cards from Avanti, this Detroit-area maker of funny cards featuring animals. 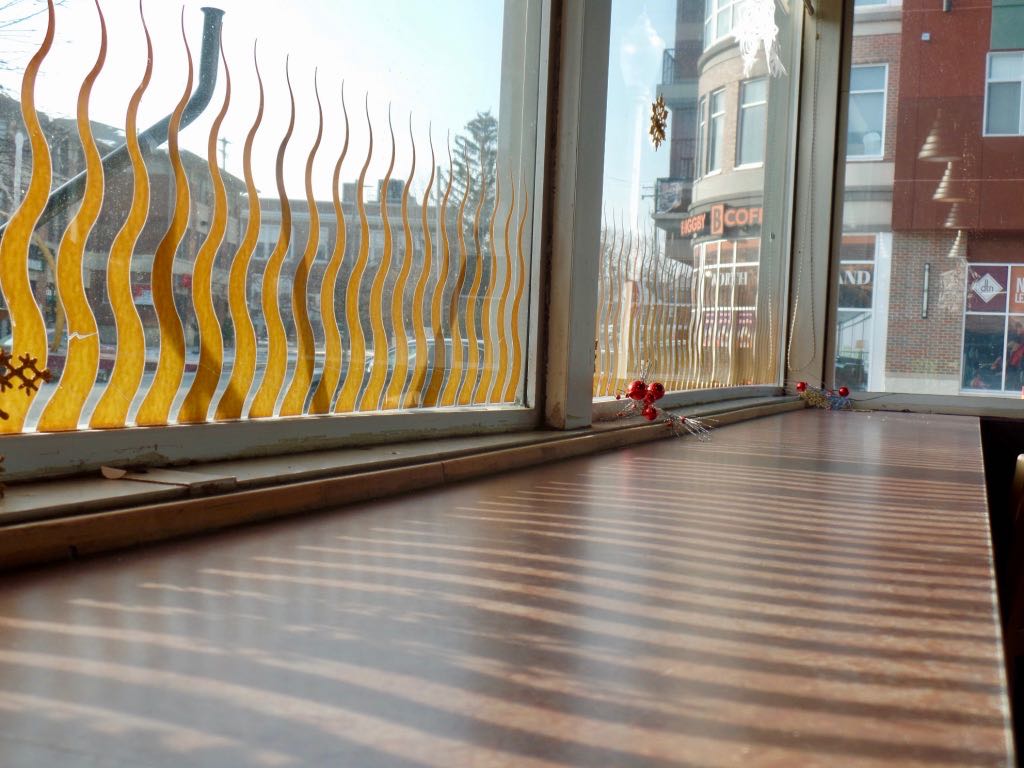 Coffee Noir view from the front window counter, through the wavy ... sun-flares? ... of the windows, and a glimpse of the future Biggby #1. 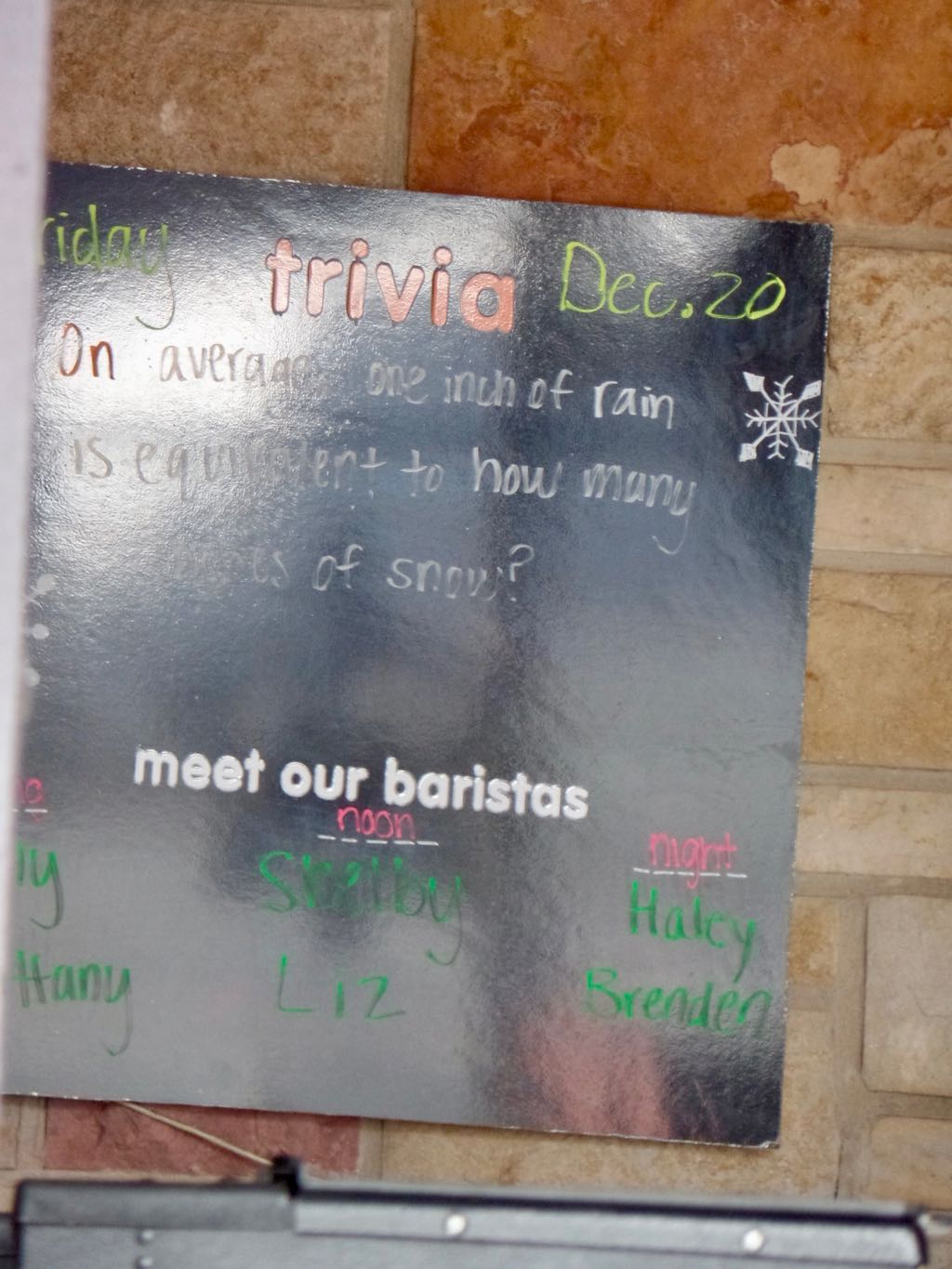 The last trivia board question of the day. I assume they picked one easy to look up because the new location wasn't suppose to open for a month or so after this. 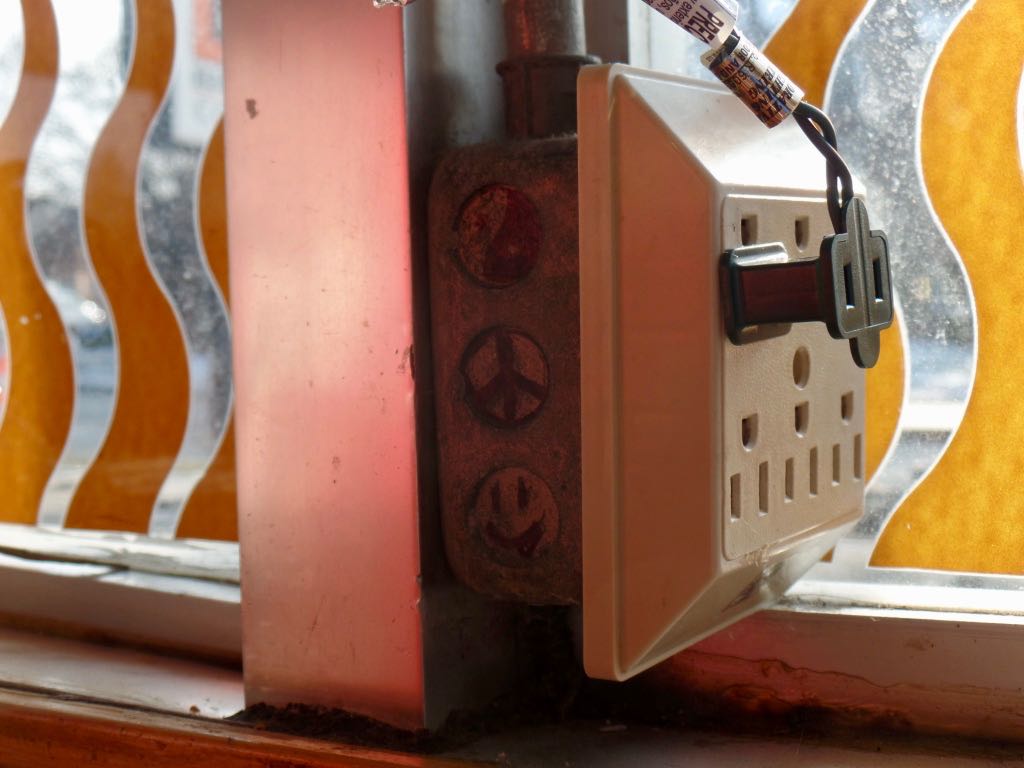 Wall socket with a bit of graffiti, undated, and the Christmas light plug. 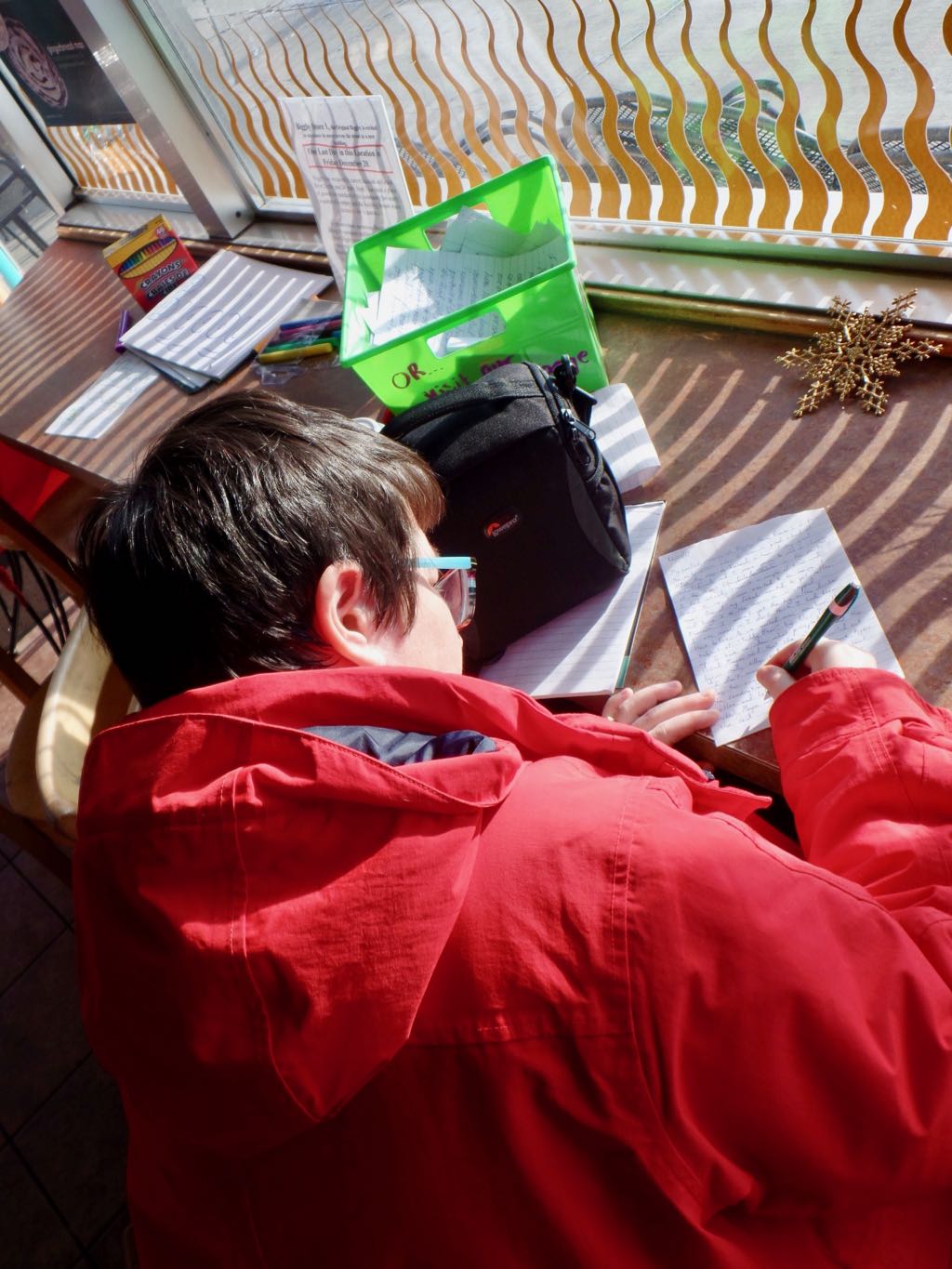 bunny_hugger writing out some reminiscences for their memory box. I wrote some too.

PS: What I Learned Writing My All 2020 Mathematics A to Z, a couple of thoughts at least.