So that house down the street? The one building the ``garage'' that seems to be two storeys and much bigger than the original house? It's made a good bit of progress now, to the point they've got a roof and walls up. And it must be an enormous garage, or else it's committing some aesthetic if not building code violation by having no windows in the thing. I don't know why a regular old, you know, neighborhood house needs a 14-car garage, but must admit it's common for landlords to rent to upwards of 40 people per house and there's no driveway that can hold that many cars.

The greater mystery is that the house got listed in the paper for unpaid property taxes. They give a lot of time for property owners to make good, certainly. But it's bizarre that they would be putting this much money into the property when they're not up on their taxes. Especially since they're only like a thousand bucks in arrears. I understand the ways by which money flows are strange. And that how much liquid capital a person has can be a weird and complicated function. And that you might trust that you could put the thousand bucks into building the detached Garage Mansion now and scrape together at least enough of a payment to keep the county from seizing the place later. It's still a weird state of affairs, to my way of thinking.

Now let's close out visiting Biggby #1 in East Lansing on its last day in the original spot. 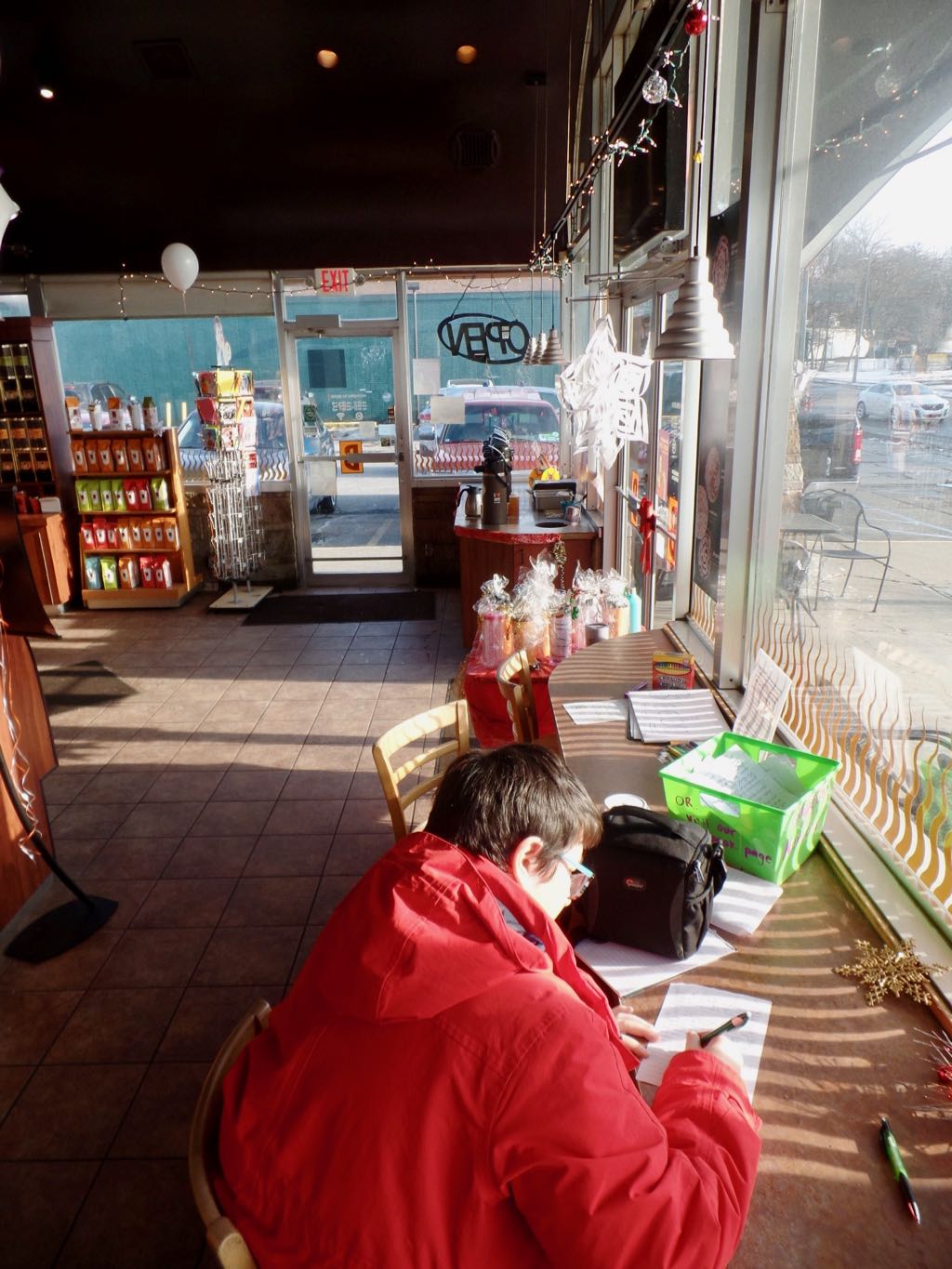 bunny_hugger finishing up her memories. And a decent view of the interior front of the place. 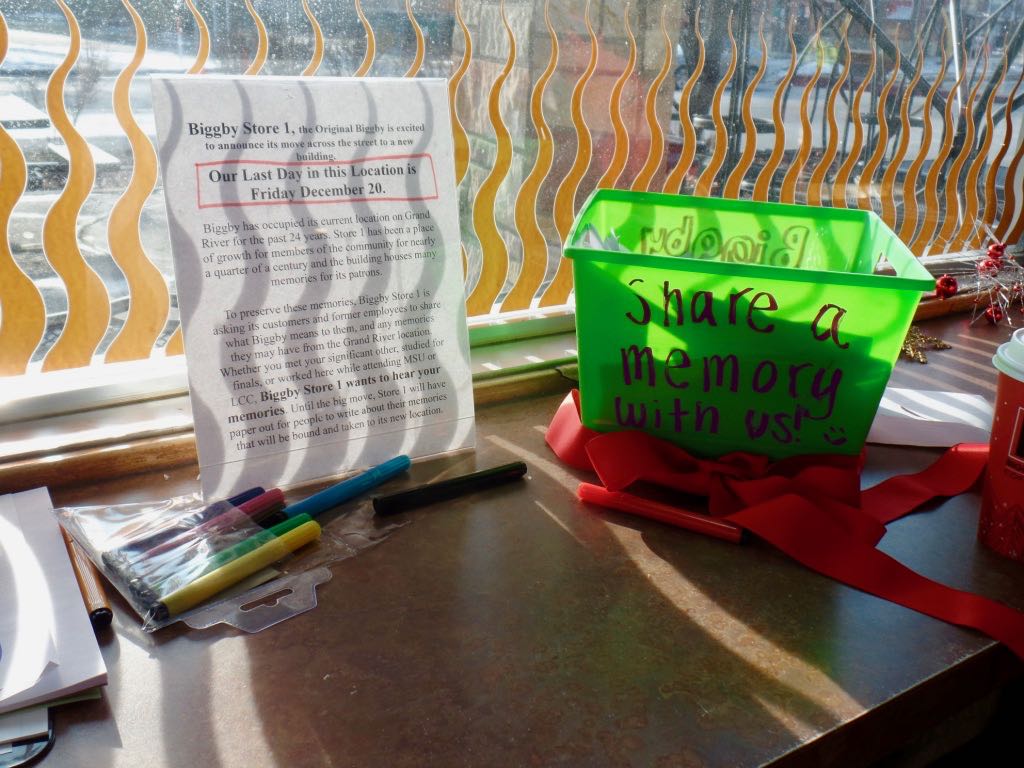 We haven't been to the new location so we don't know whether they carried through with their promise to bind these memories into something readable in the new storefront. 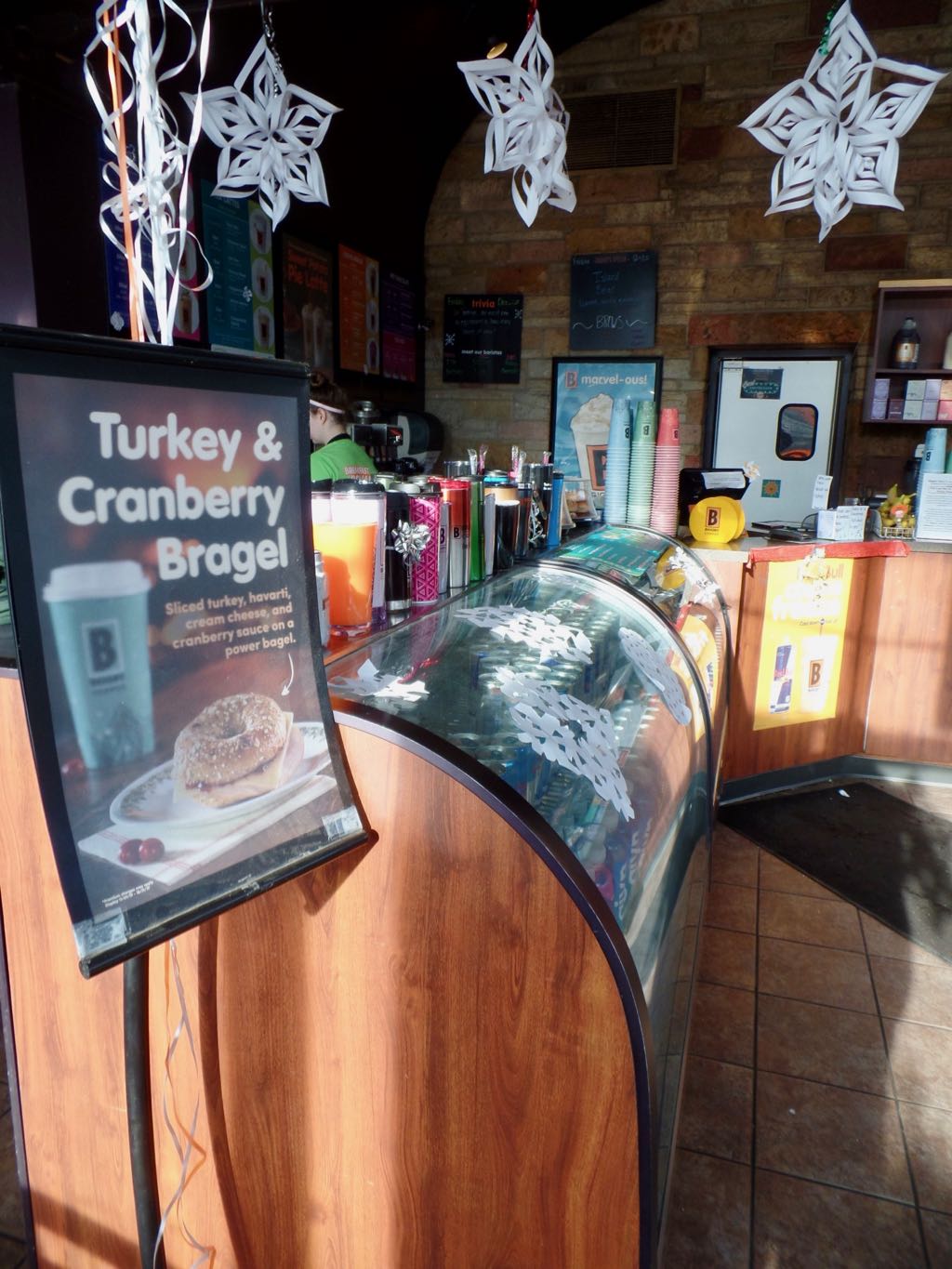 The ordering counter, which still benefitted from the fieldstone wall of the old Arby's personality of the place. 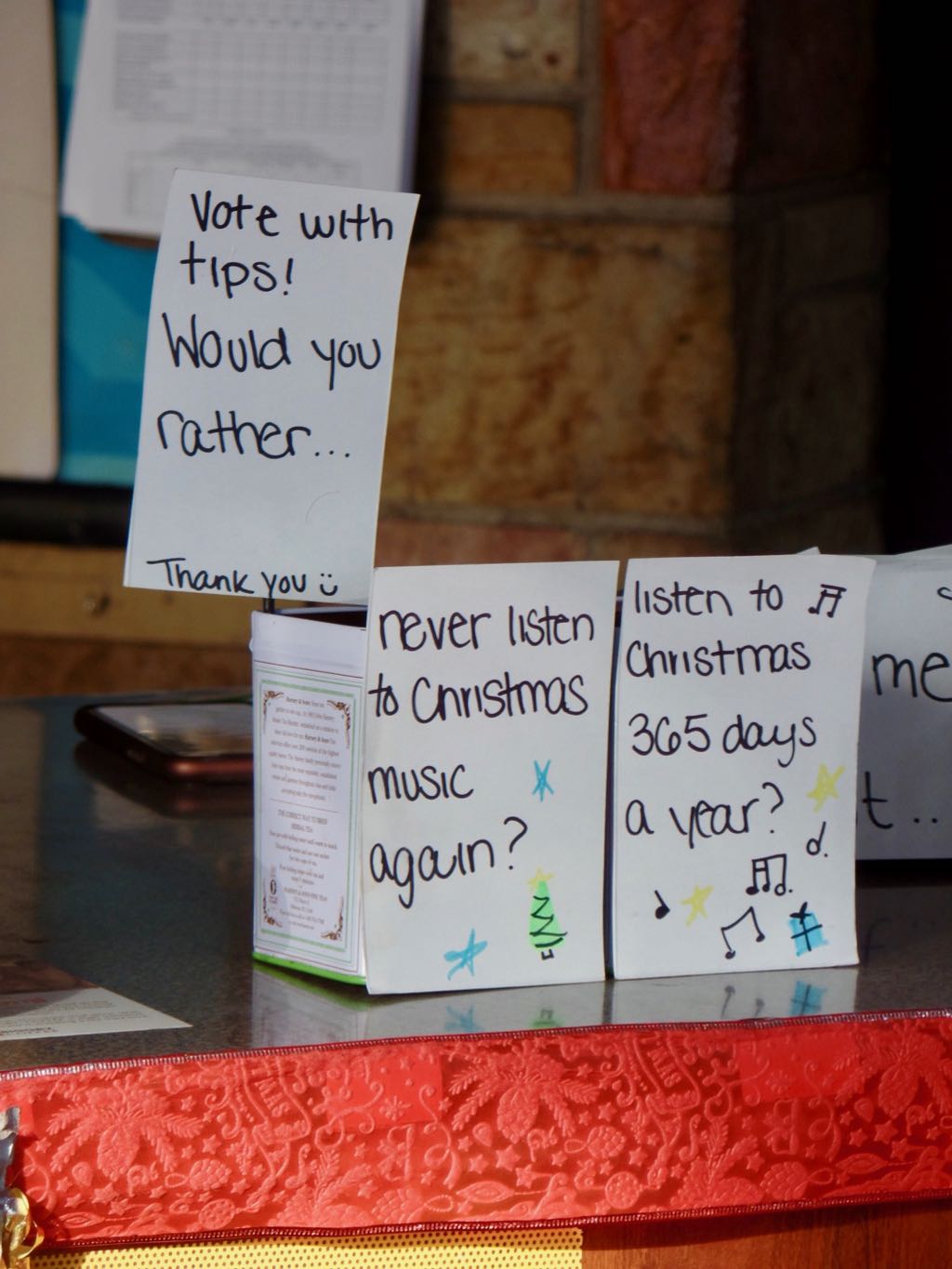 Competitive tip jars, for people who want to have opinions about Christmas music. 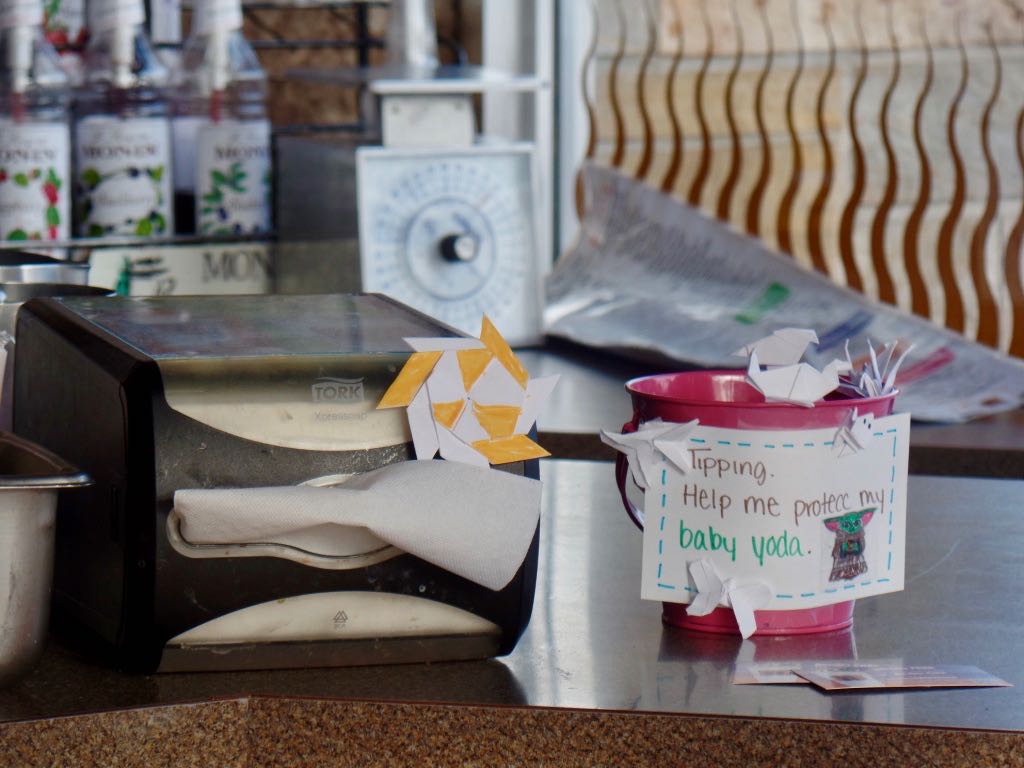 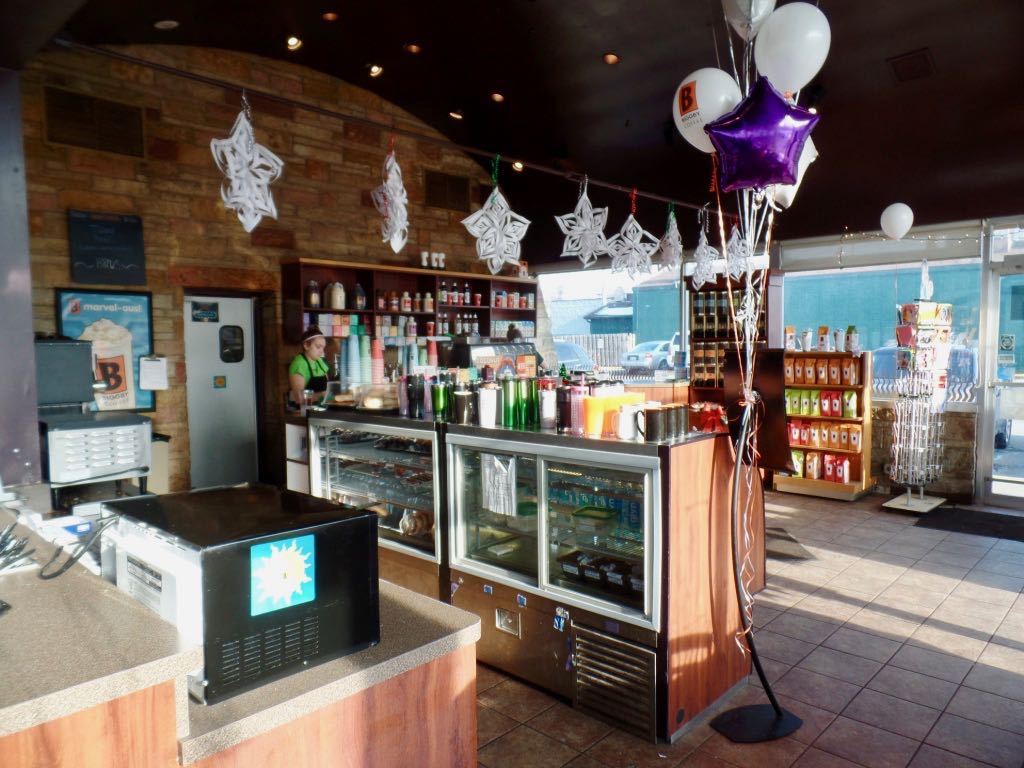 Looking out from the dining area toward the front counter. 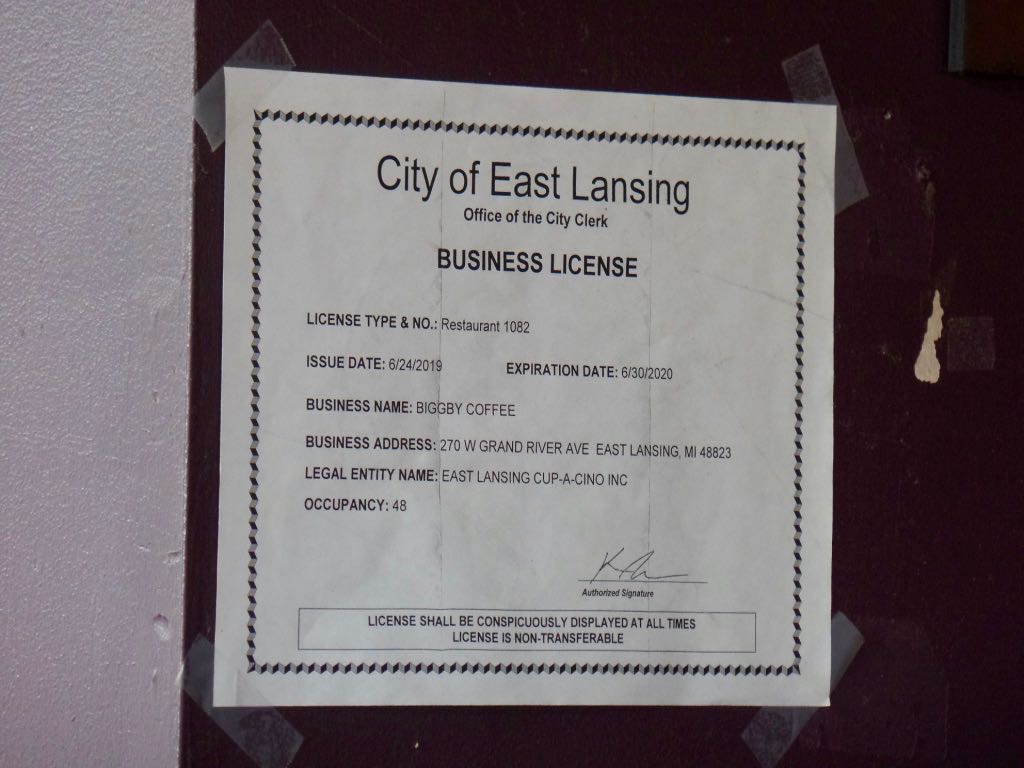 Wait, their legal entity existence was ``East Lansing Cup-A-Cino Inc''? You know, never mind, we don't miss the place after all. Admire that, based on that border, East Lansing does its business licenses in a 1992 edition of Print Shop Pro, though. 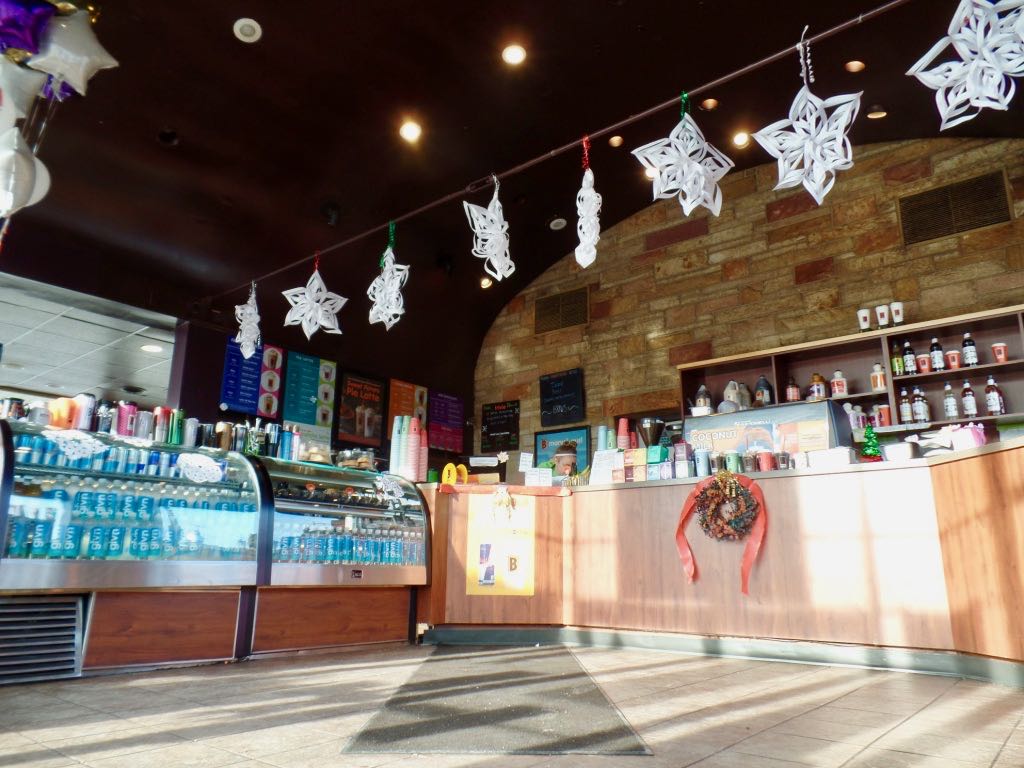 Floor shot of the front room. It had some decent space for a line. 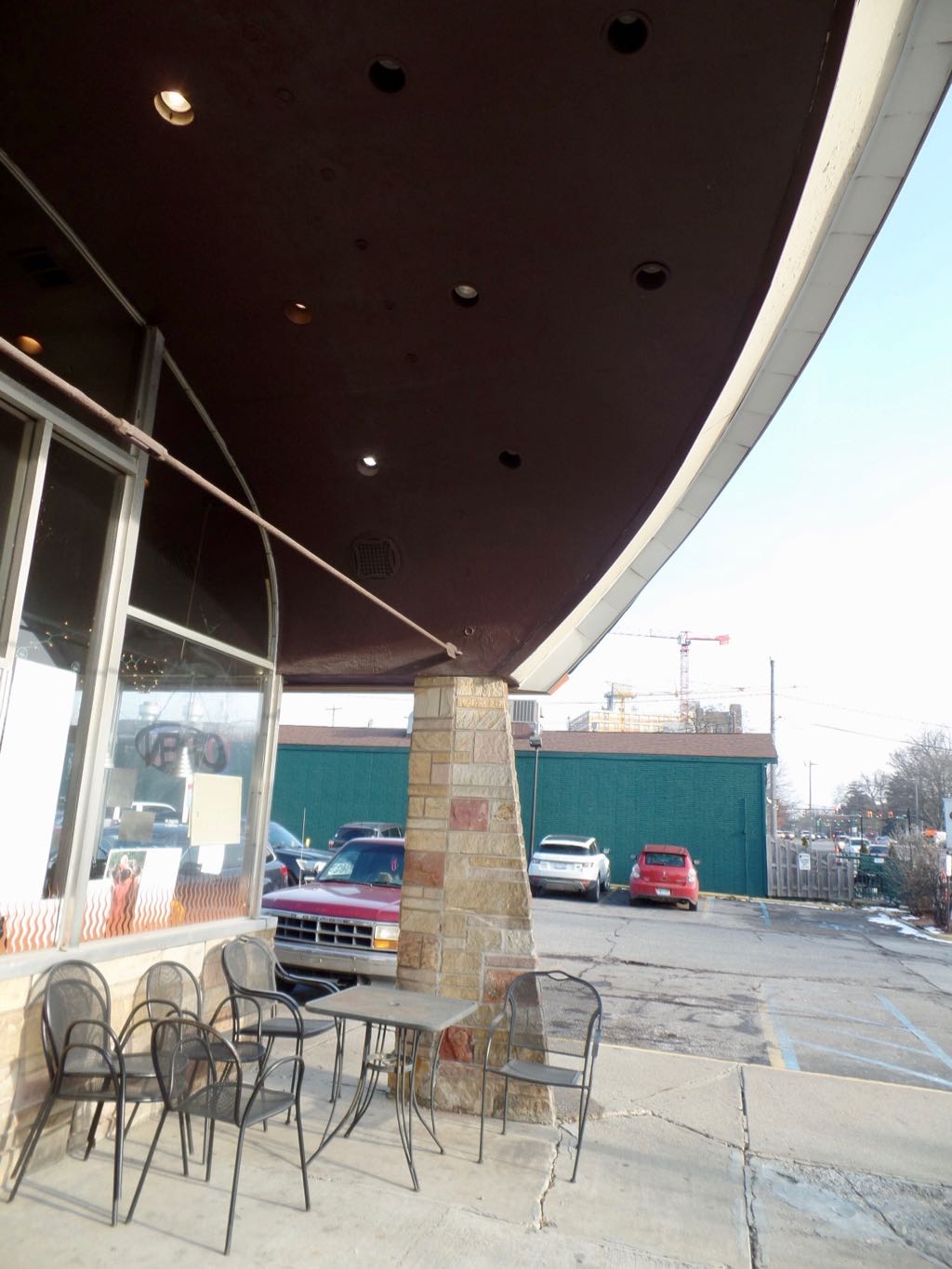 And a last look from beneath the overhang outside.

I think the landlord made some performative fuss about finding a new use for the building. But what they meant by this was, yes, a parking lot. The building's been demolished by now and what we have is just a less interesting East Lansing.

Trivia: Twelve of the transatlantic telegraph cables snapped following the North Atlantic earthquake on the 18th of November, 1929. The cables broke sequentially and it's now believed that they were snapped by not by the earthquake directly but by a turbidity current, an avalanche of silty water travelling about fifty miles per hour after the quake. Source: How The World Was One: Beyond the Global Village, Arthur C Clarke. (Clarke says this was ``most'' of the telegraph cables and perhaps it was; I can't find a reference that says how many transatlantic telegraph cables were in service in late 1929. Can't imagine this helped the Panic of 1929, though.)

Currently Reading: The Secret Appeal of the Famous Studios Popeye, Steve R Bierly. Bierly in describing cartoons seems really squicked by any time when Popeye would put on a dress and trusts that you the reader will be too.