And we were not through! After saying goodbye to Biggby #1, and to Mackerel Sky, that same day in December 2019 we went to the Potter Park Zoo and its Wonderland of Lights. This was the rare case when we visited the zoo for its Christmas lights before Christmas, and so we saw things ... a little different. How different? You'll see. Not in today's photo dump, though. 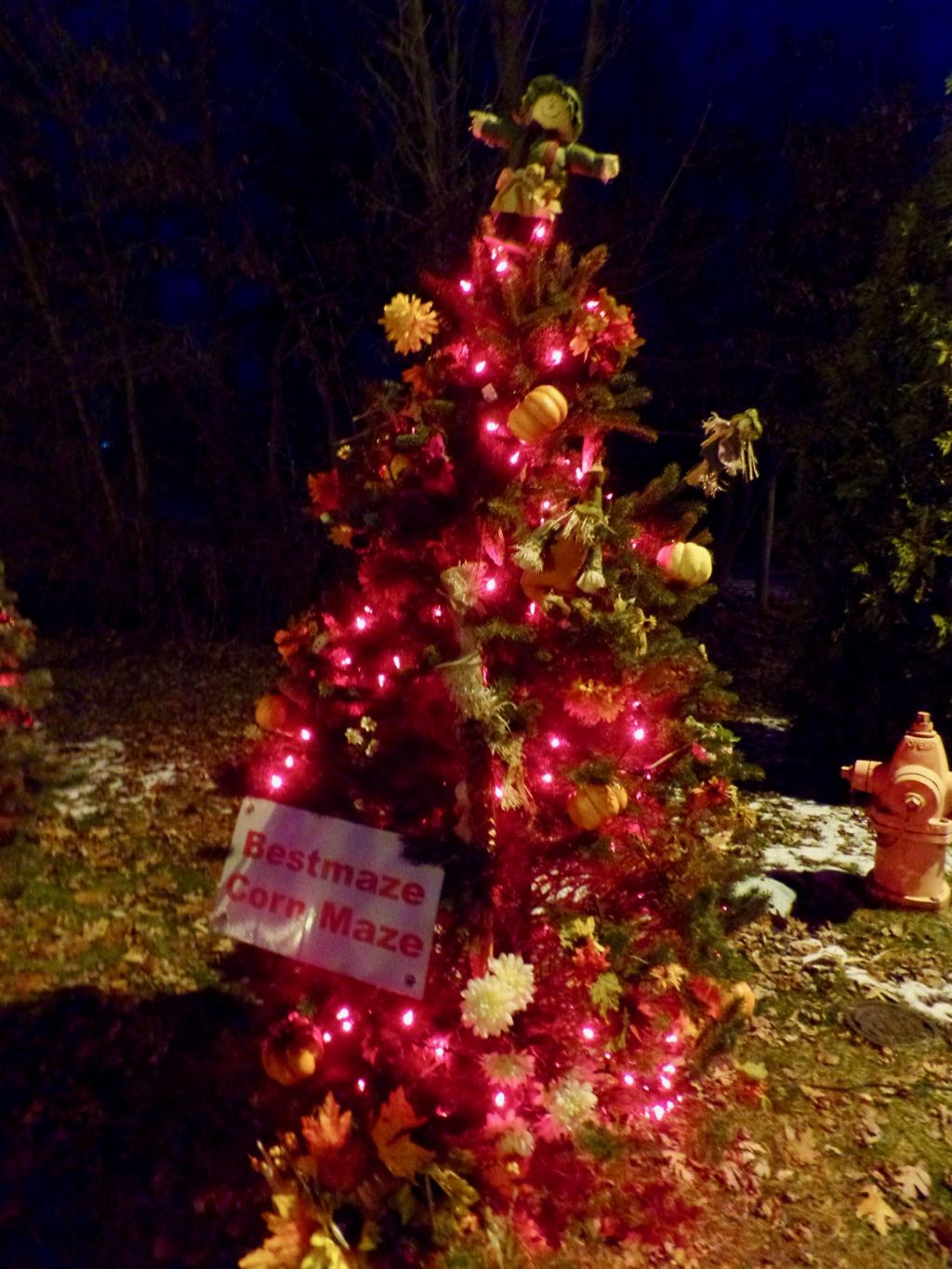 Right up front were a bunch of trees decorated or at least sponsored by different groups. Here's one from the Bestmaze Corn on the east side of town. 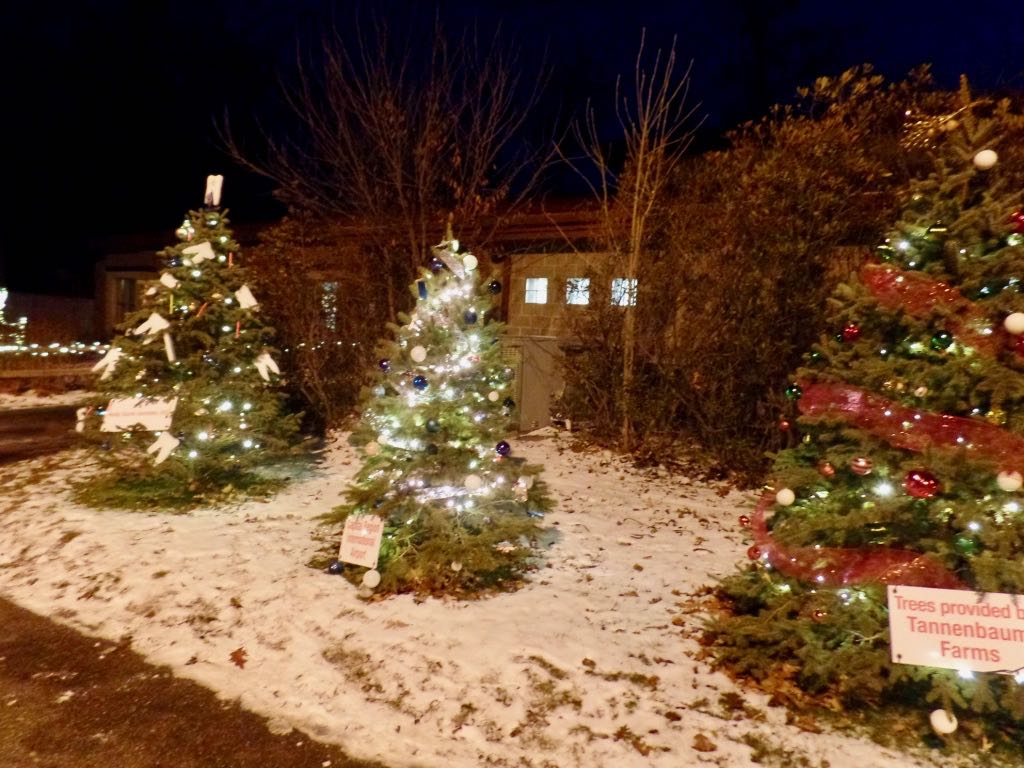 And here's some more trees. A surprising number of them are sponsored by dentists. I mean surprising because it's more than two. Note the teeth on the tree to the left. 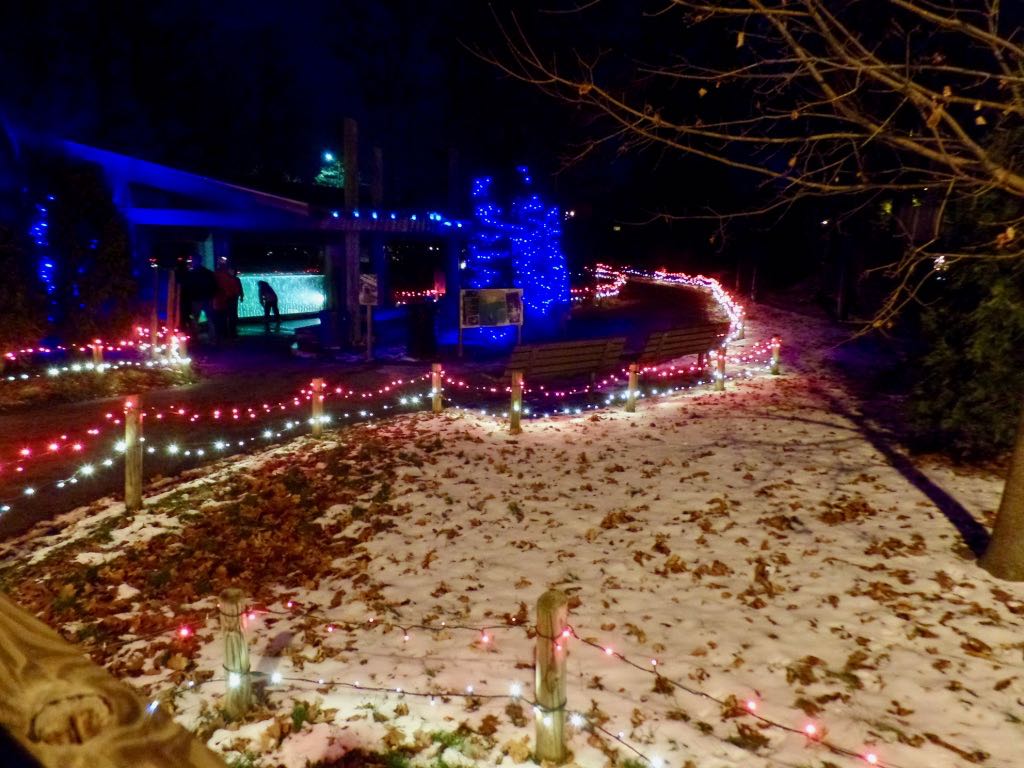 The lights around the otter exhibit. 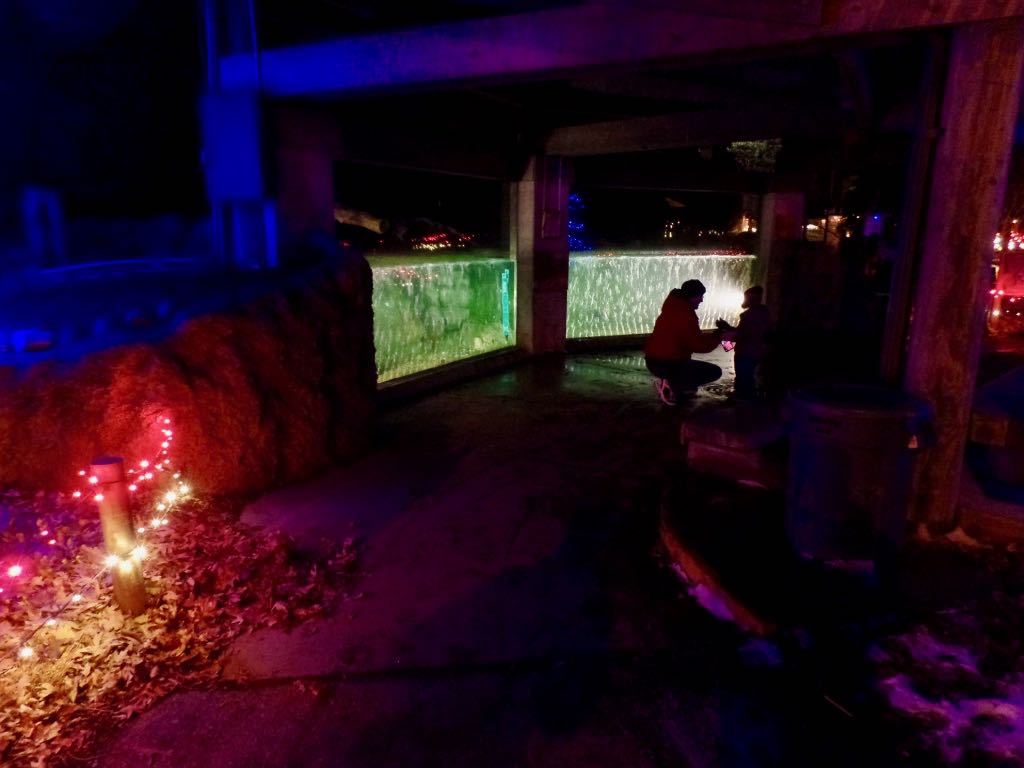 The otter exhibit. The tank is lit and sometimes you can see the otters at play inside it, though photographing them by night is almost impossible. 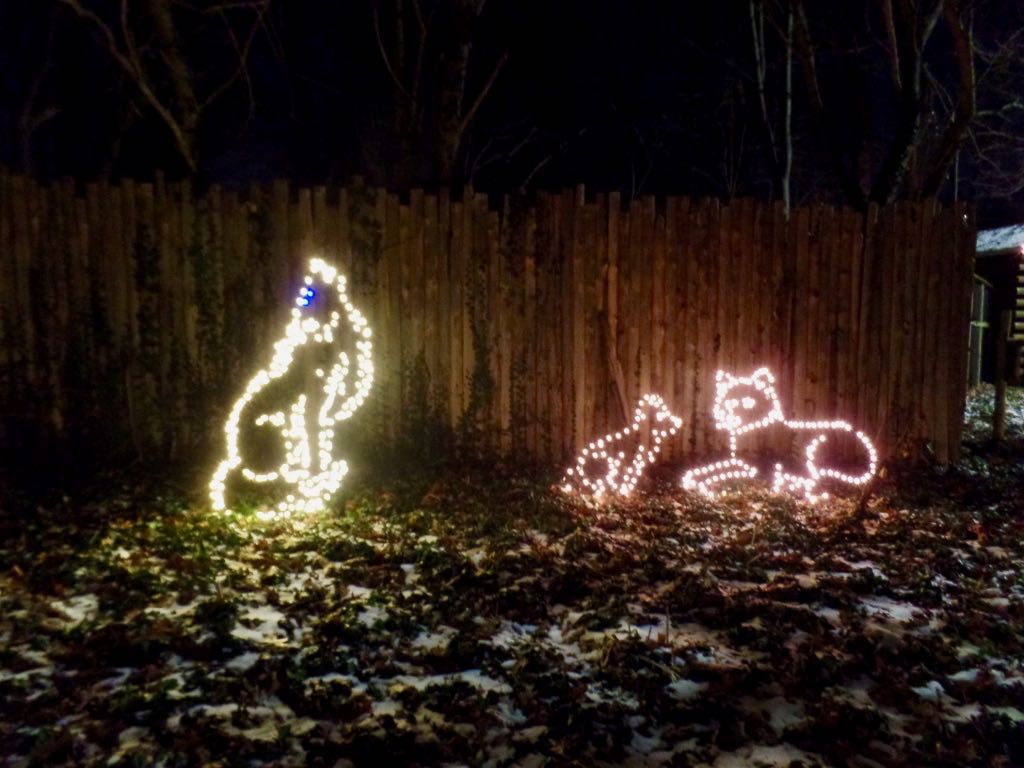 Wolf figures illuminated. These were near the grey wolf enclosure. 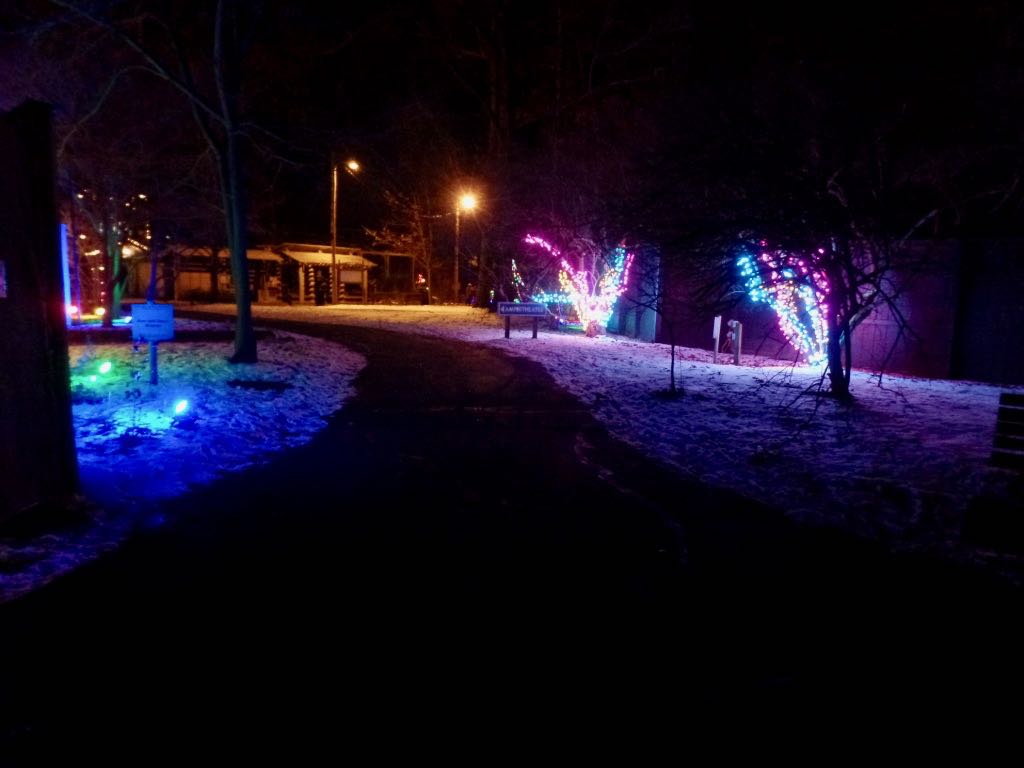 Trees wrapped with lights along one of the paths to a zoo building. 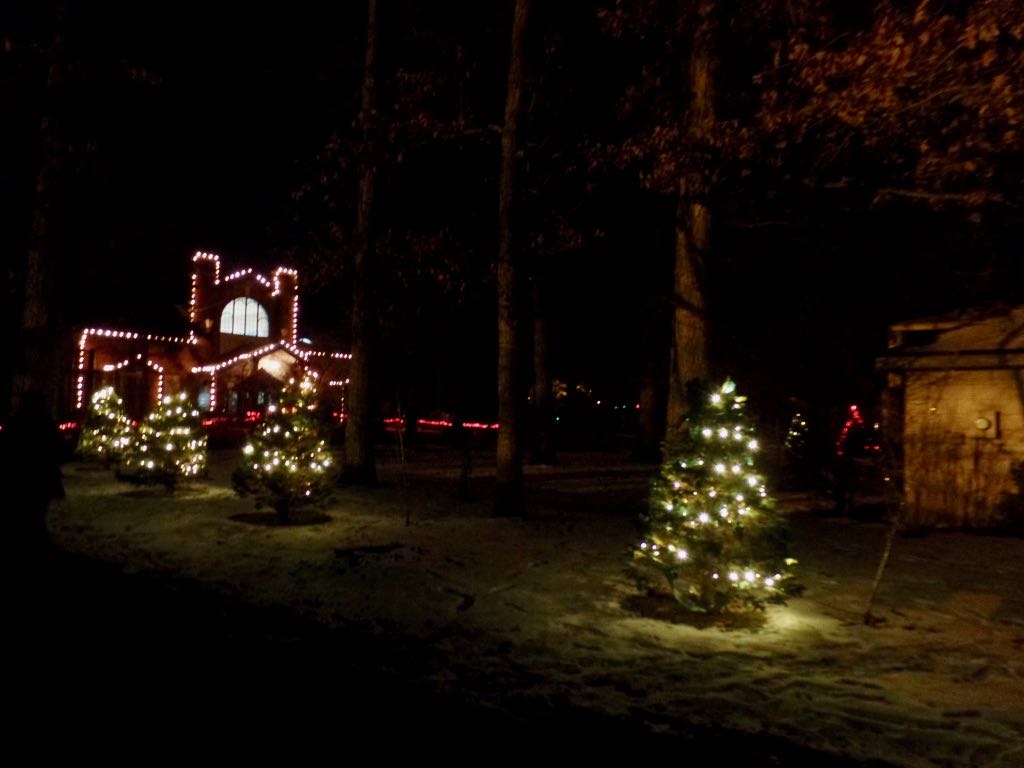 More trees (unsponsored, looks like) along the way to the Big Cats house. 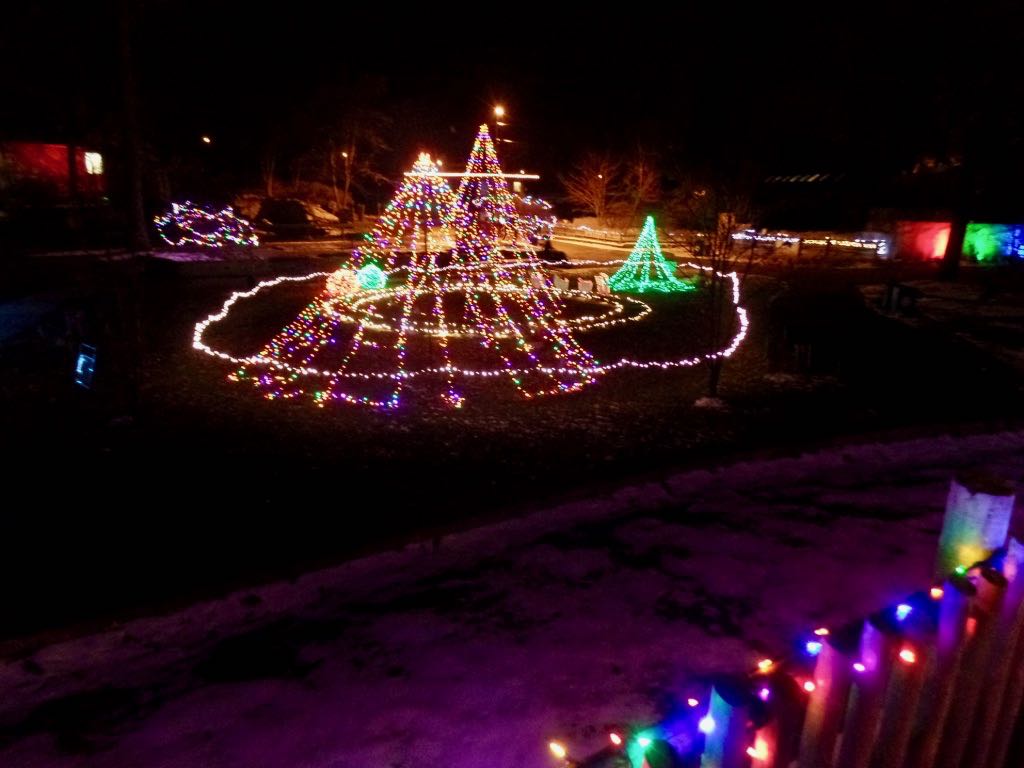 A couple of tree-shaped fixtures, and spheres, as seen from the concession stand. It's a grassy field, although in some years it had ice over it to look like it was a pond. 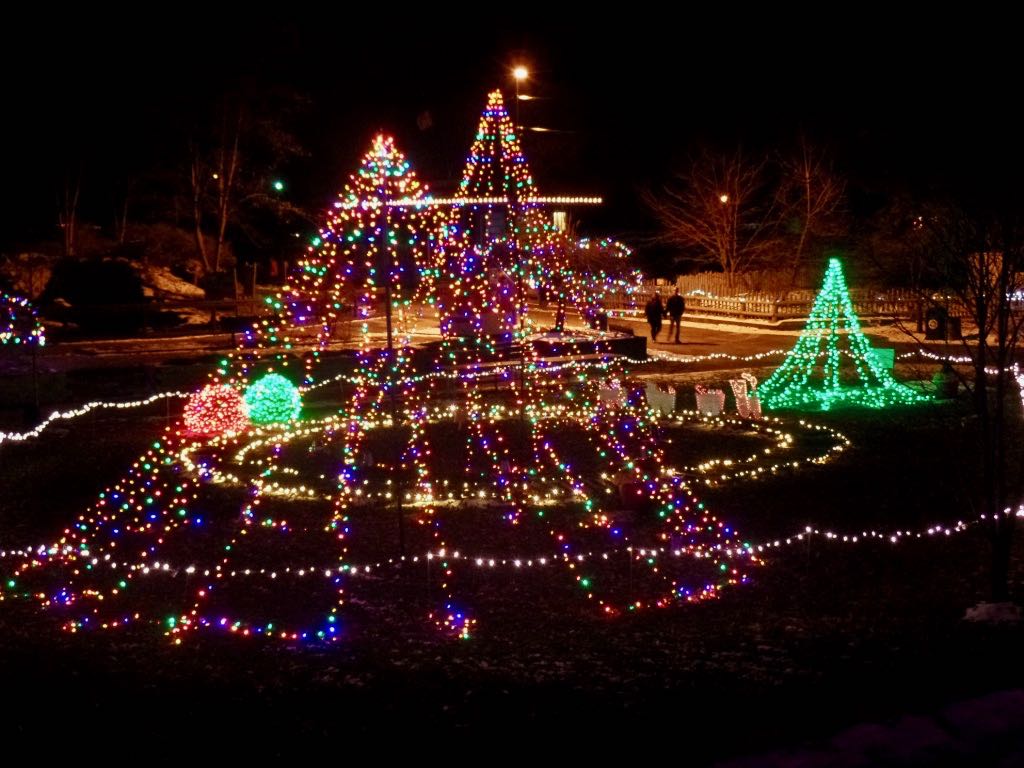 Better view of the concession-area 'trees'. Those spheres are the only two lit in any of my photographs, which is odd; usually there's, like, a dozen of them around that circle and they flash off when you take a picture. I hadn't notced the mock train in the lights there before. 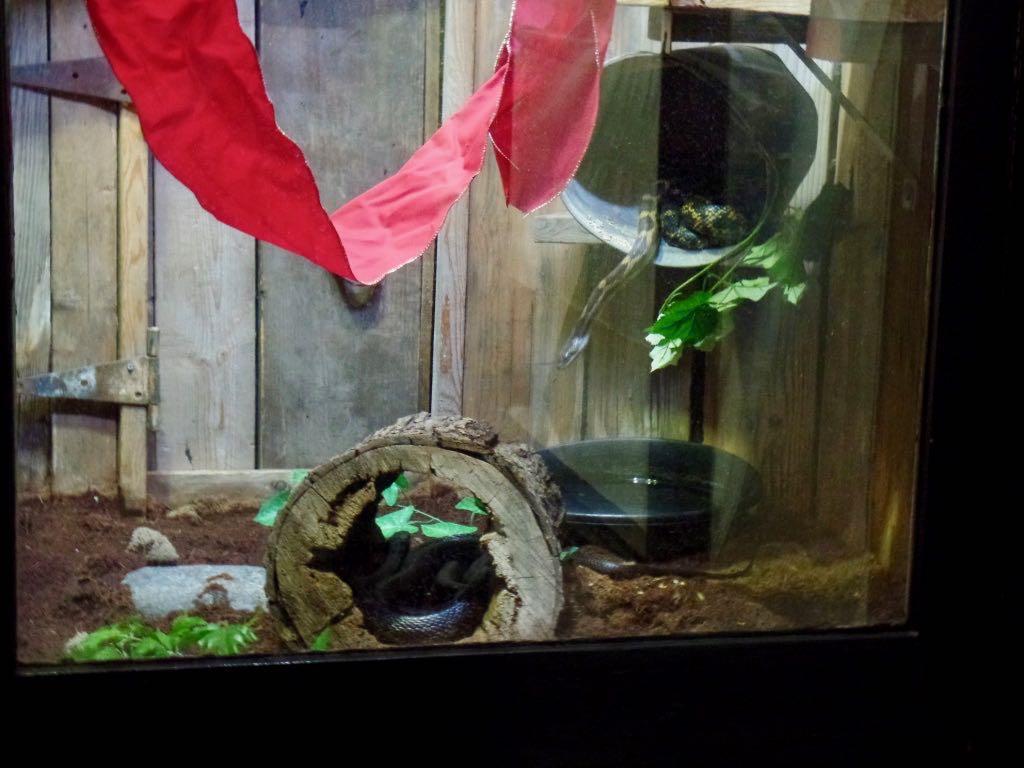 Some of the animal houses. Here's one with a bunch of snakes trying to come to terms. 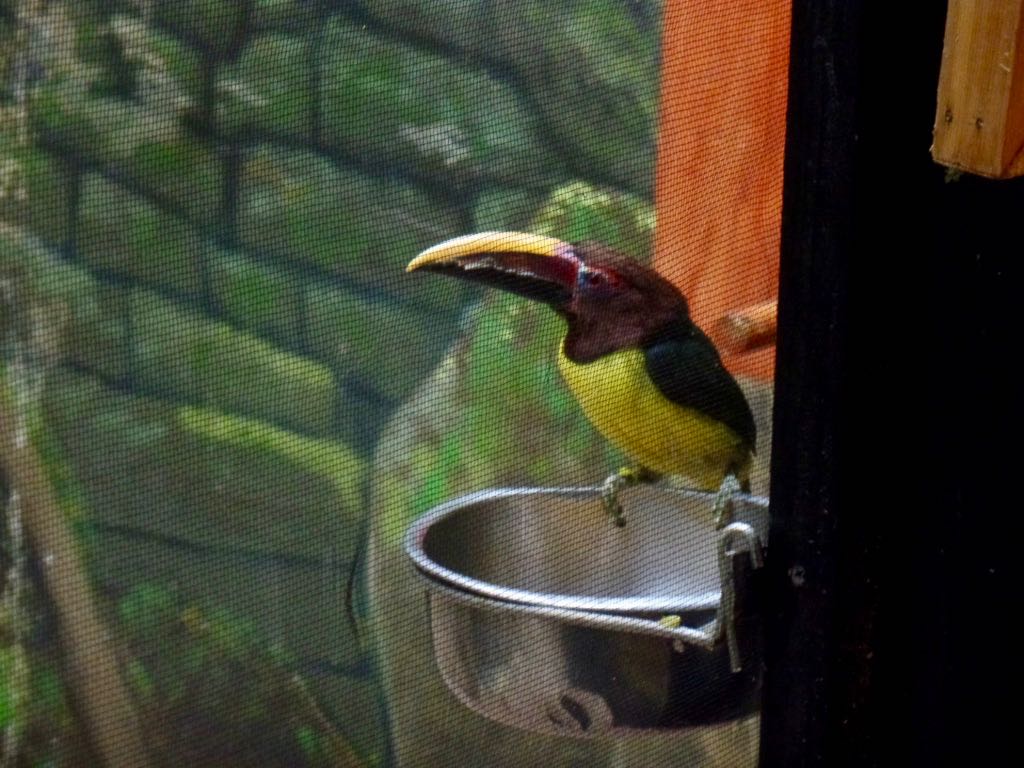 And some model of bird with a pretty good beak. 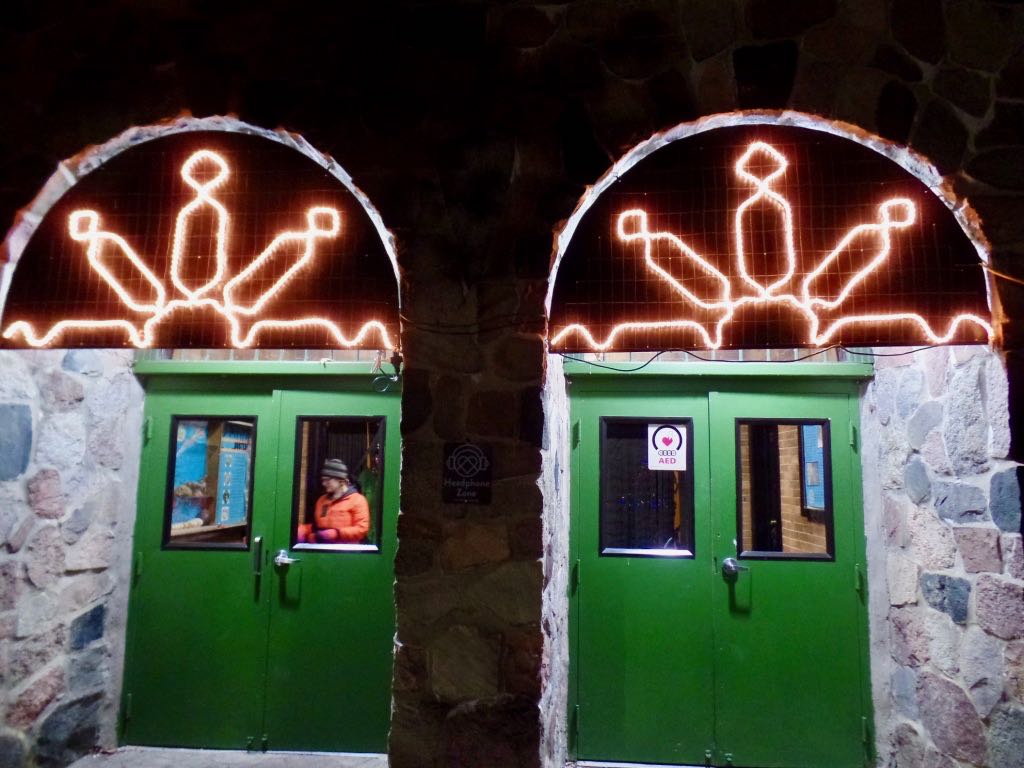 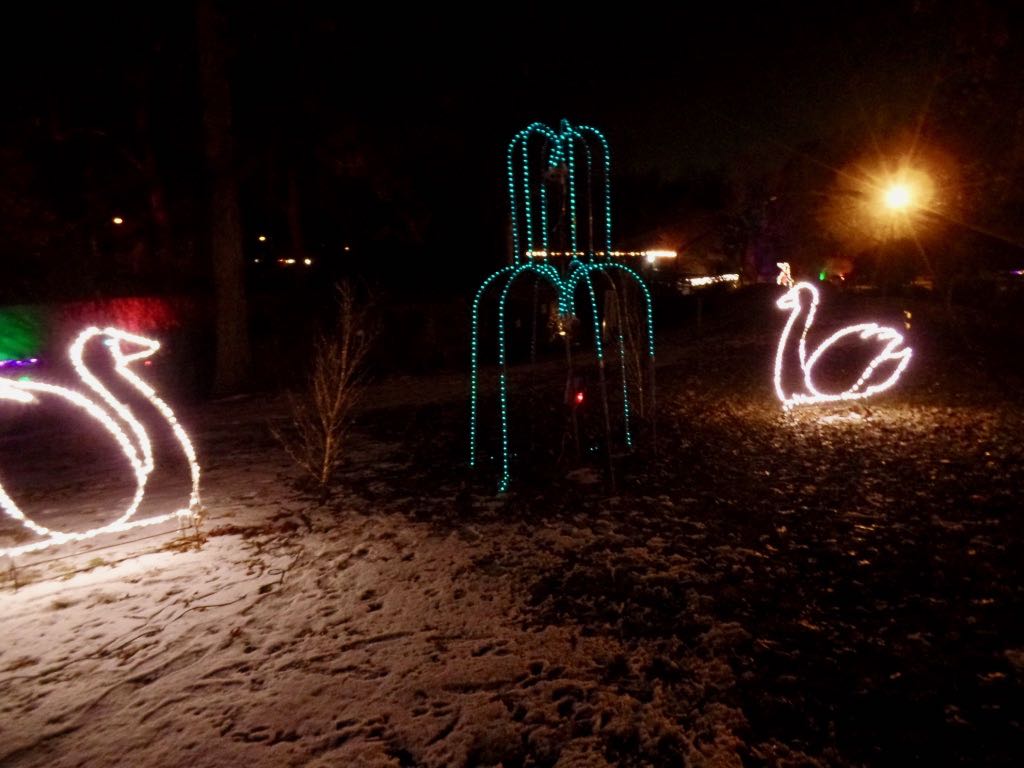 Trivia: Albrecht D¨rer recorded that during a yearlong tour of the Low Countries around 1523 he had to deal with the following currencies: pfennigs, heller, stuivers, weisspfennigs, blanke, pfund, orrt, Rhenish guilden, ``schlechter'' guilden, Hornish guilden, Portuguese guilden, Phillips guilden, crona, anglot, rose nobles, Flemish nobles, Hungarian ducats, and gold Carolus guilden. Source: Worldly Goods: A New History of the Renaissance, Lisa Jardine. (Hornish guilden were issued by the Count of Horne, a small county around the village of Horn, now part of Haelen in the province of Limburg.)