Gonna find out who's naughty and nice

In my comic strip writing I check out What's Going On In The Phantom (Weekdays)? Who is Towns Ellerbee? October 2020 - January 2021 in review.

Back now, in photographs, to December 2019 and the Potter Park Zoo Wonderland of Lights. With a special guest star I'm happy to show off today! Can you guess who it might be? 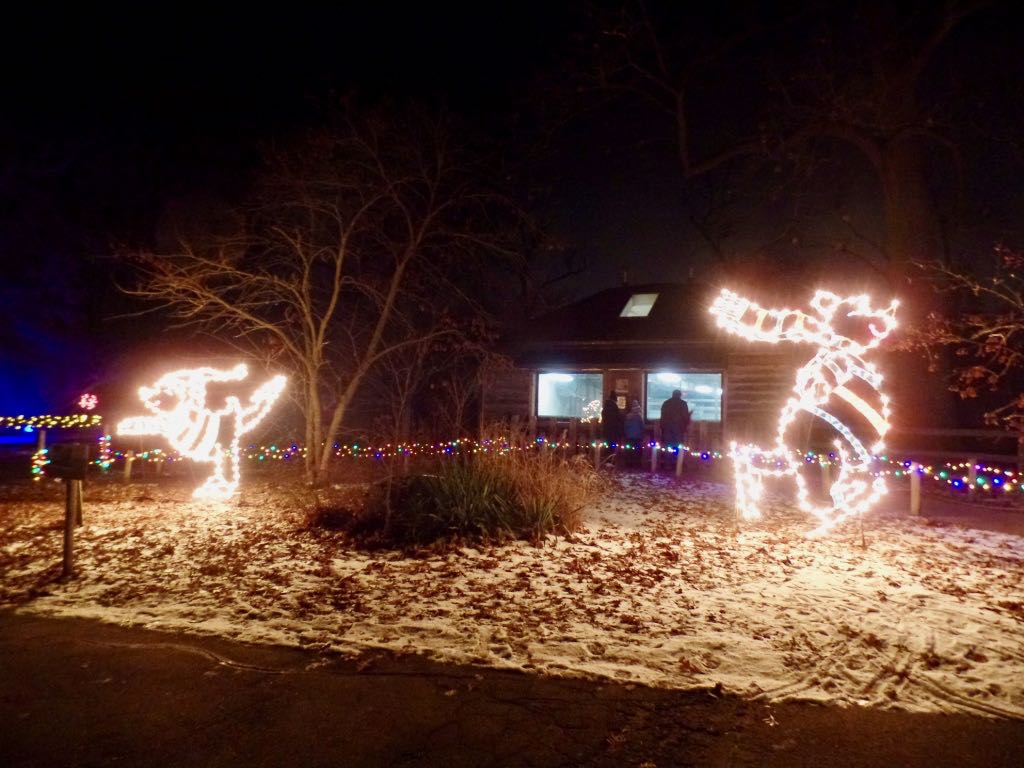 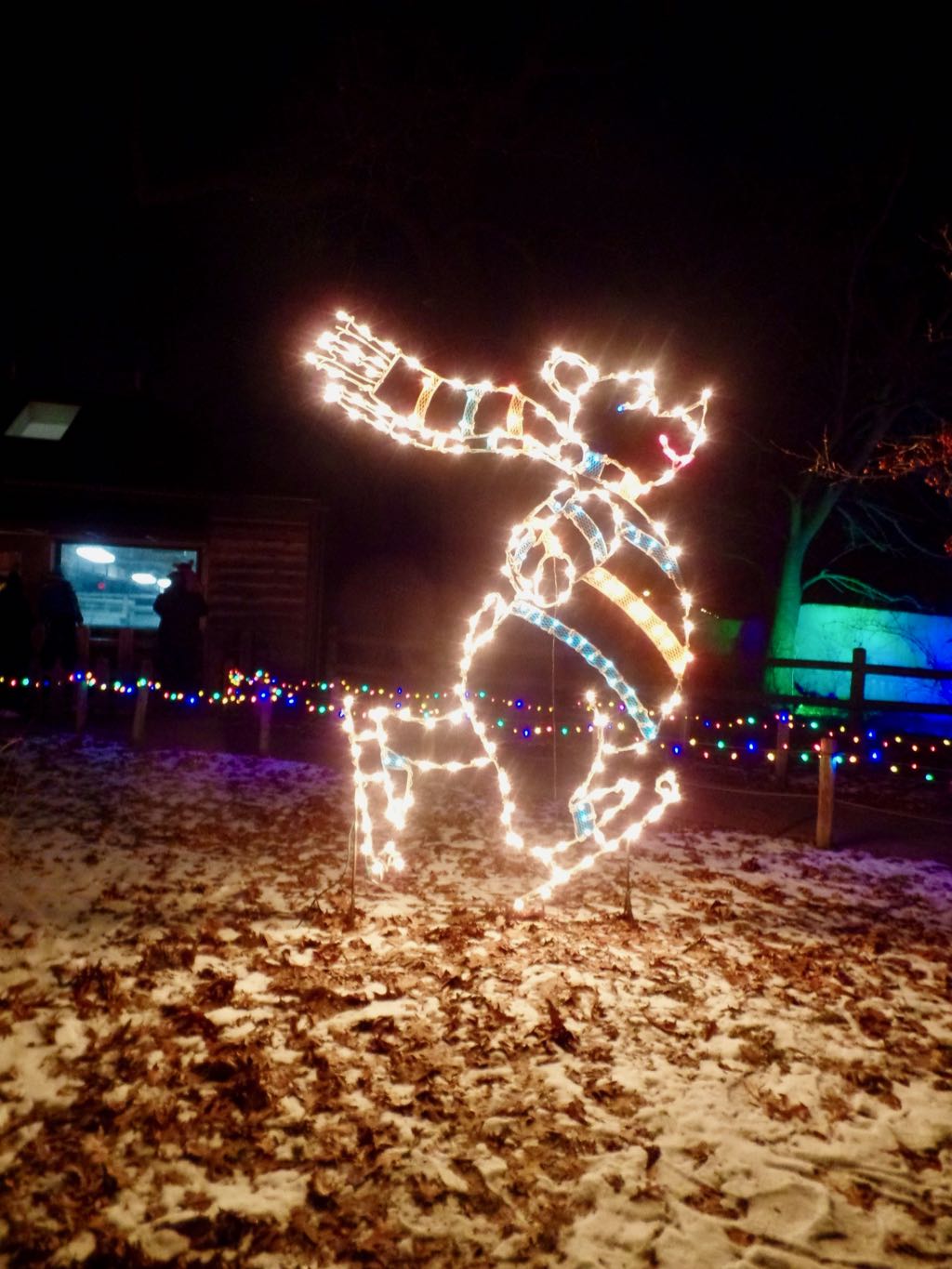 The lights are colored, but it can be hard to see in a quick photograph. 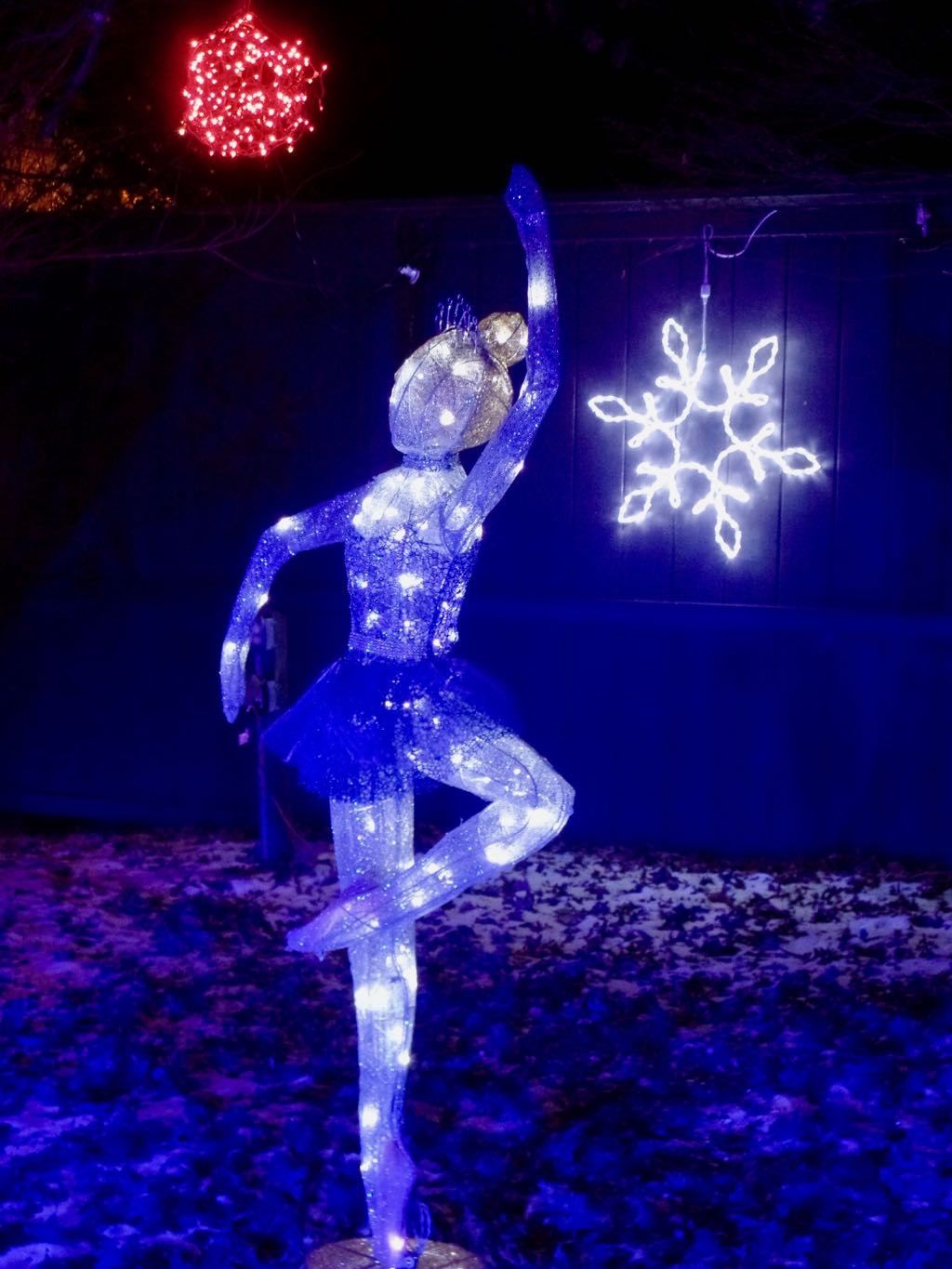 An illuminated ballerina on a snowflake stage. 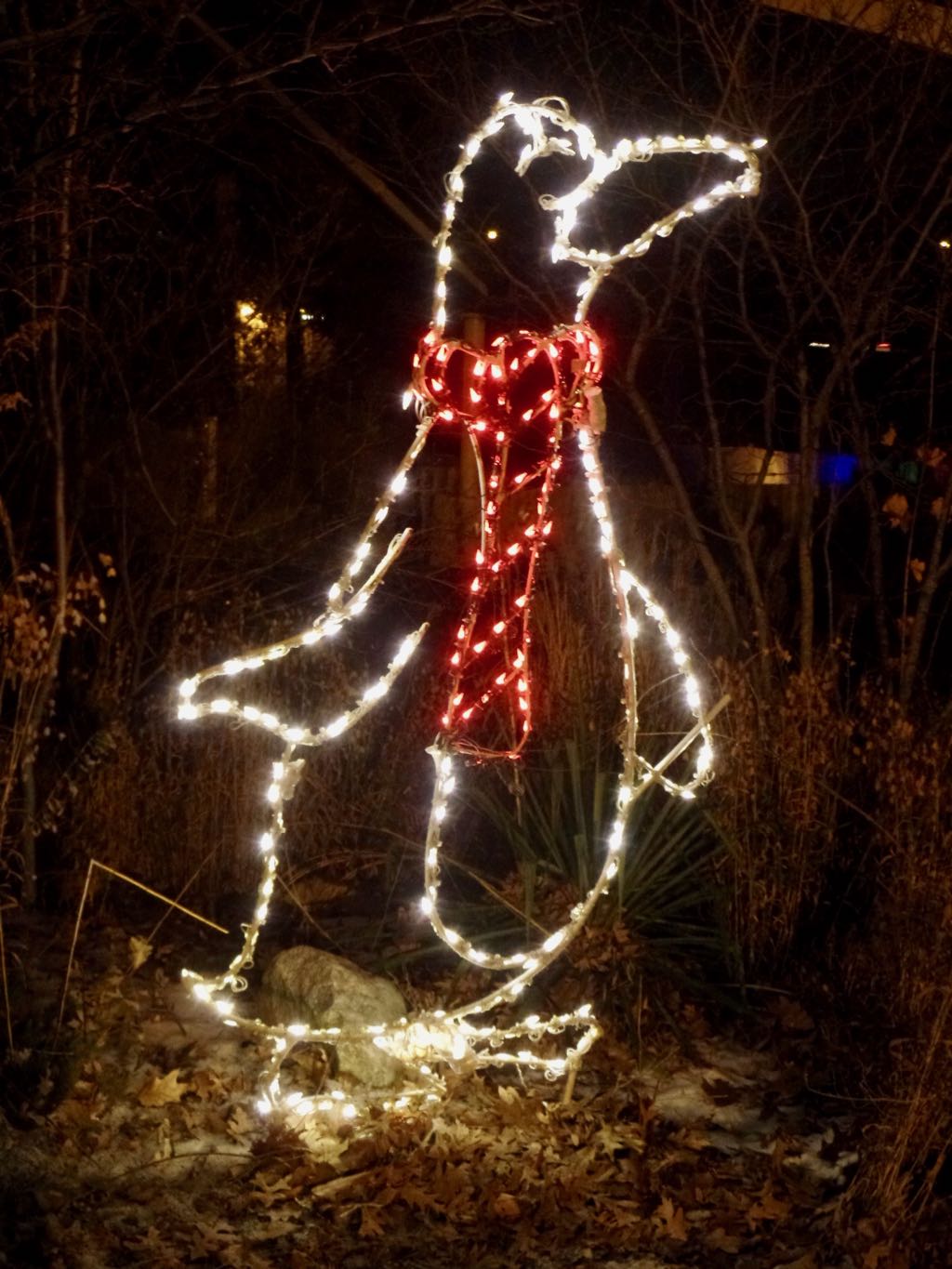 Penguins! I think this penguin's also at Crossroads Village. 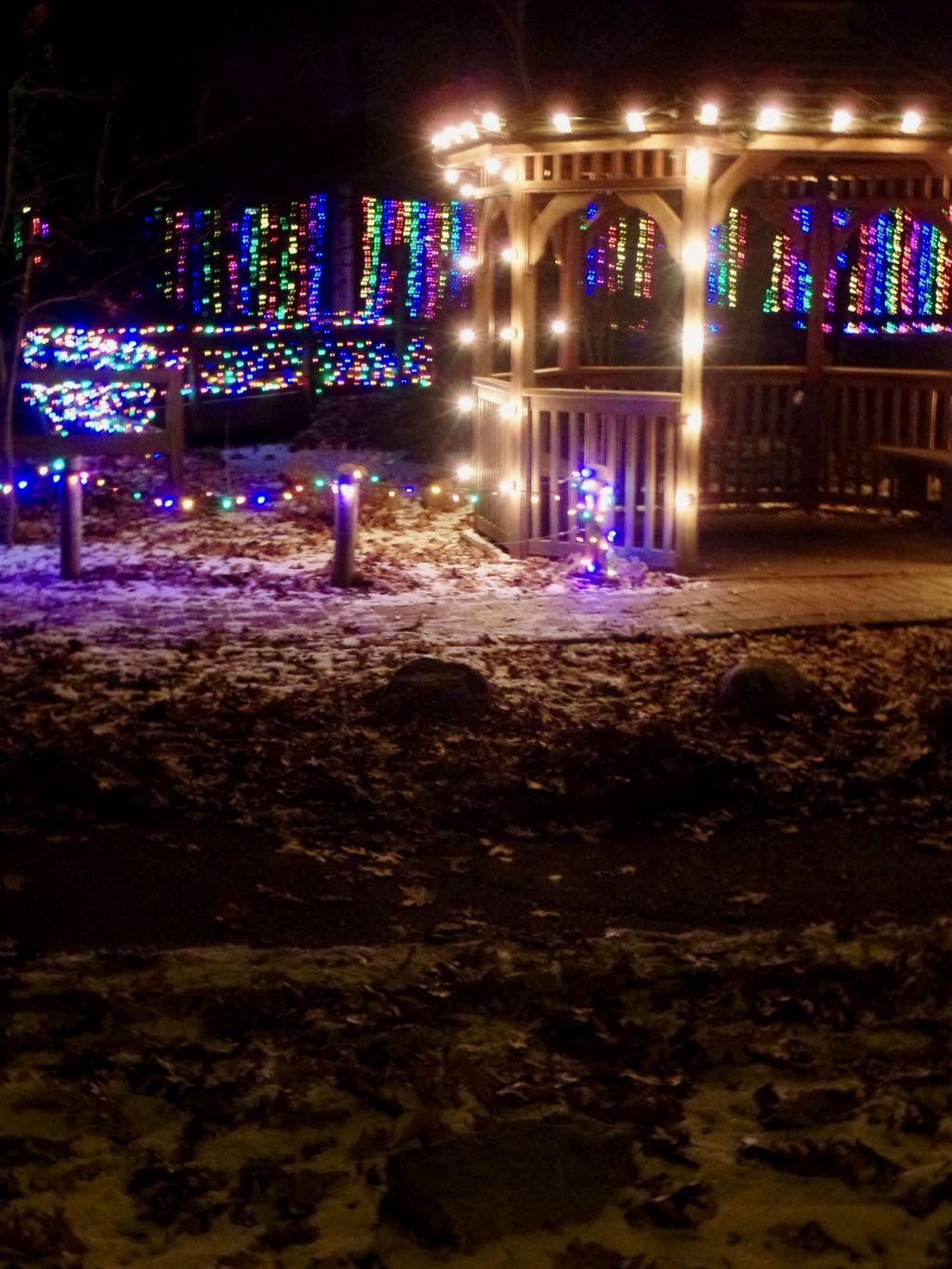 And here's a gazebo with a great rainbow wall of lights in the far background. 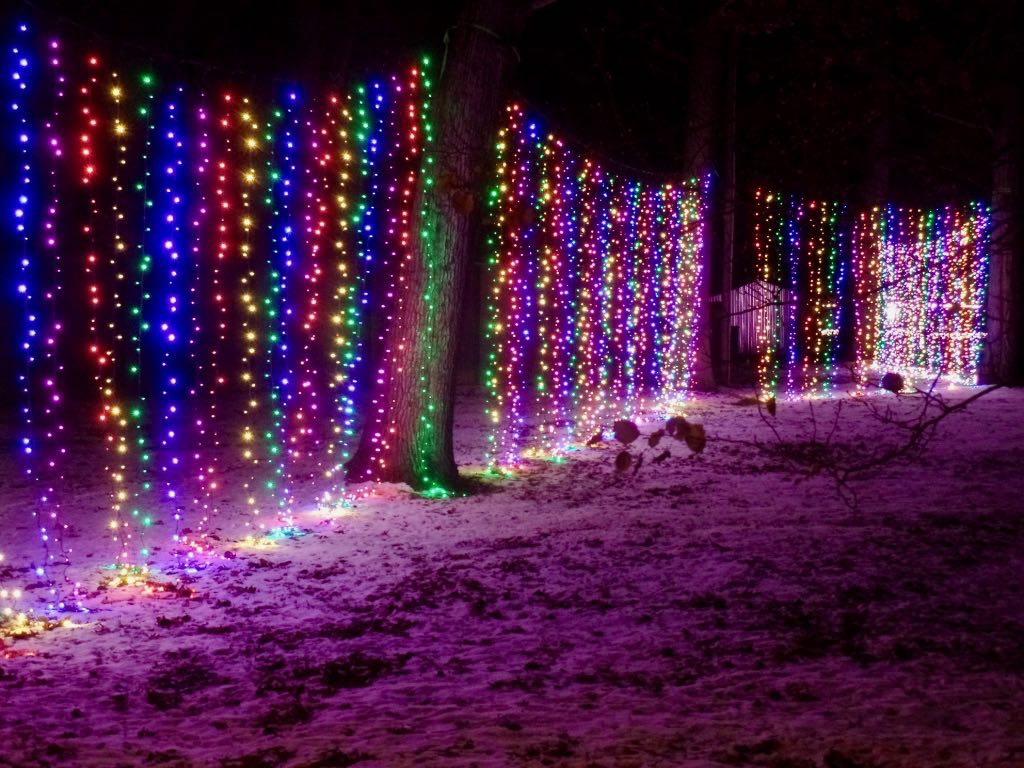 Here's that rainbow wall, which is a great landmark for much of the park. 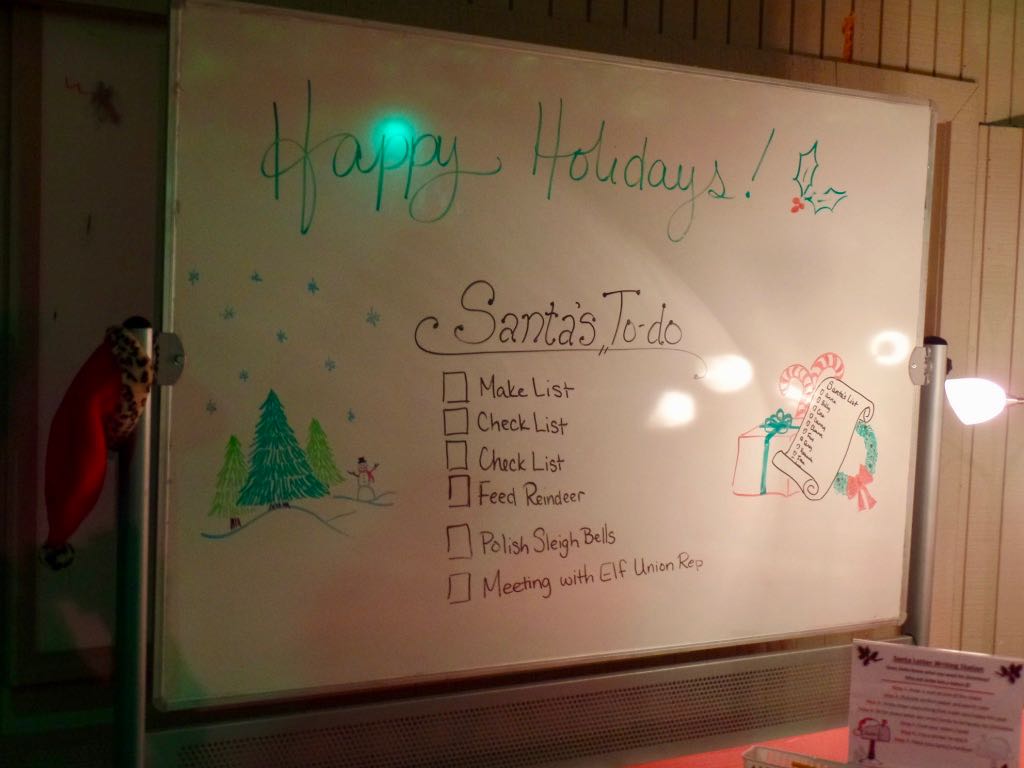 Since we were there before Christmas, for a change, we were able to see Santa! They had one of the vet buildings set up with a things like this to-do list inside. Santa's also got a list there, one name per alphabet letter. 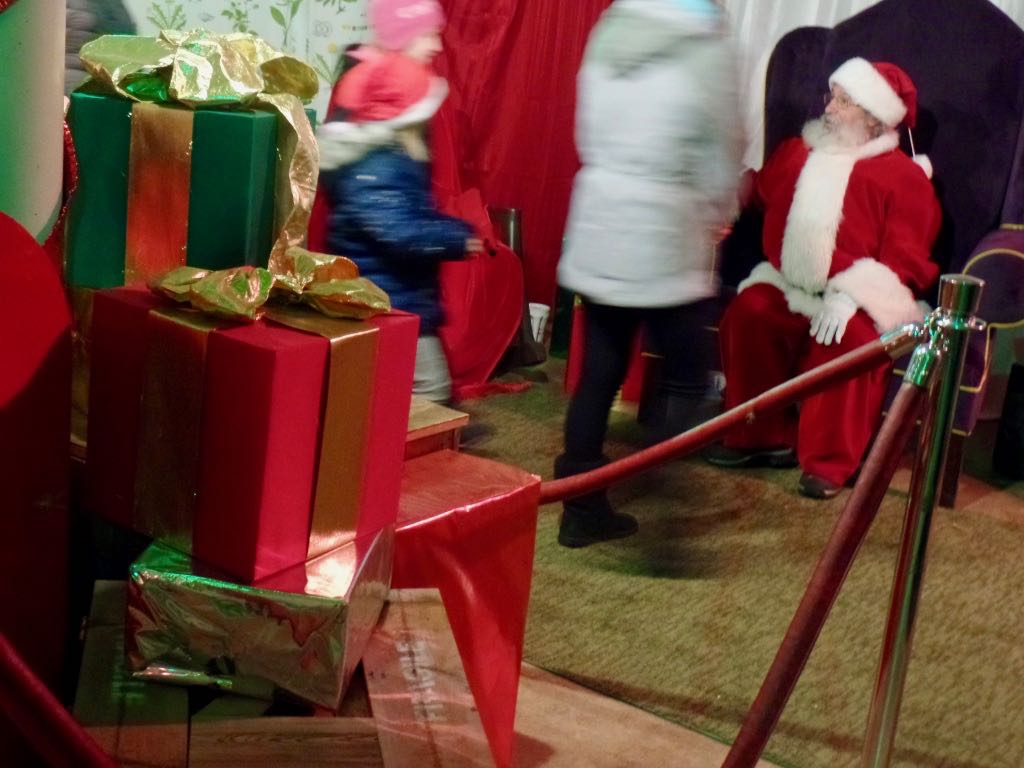 Pile of gifts with Santa in the background. 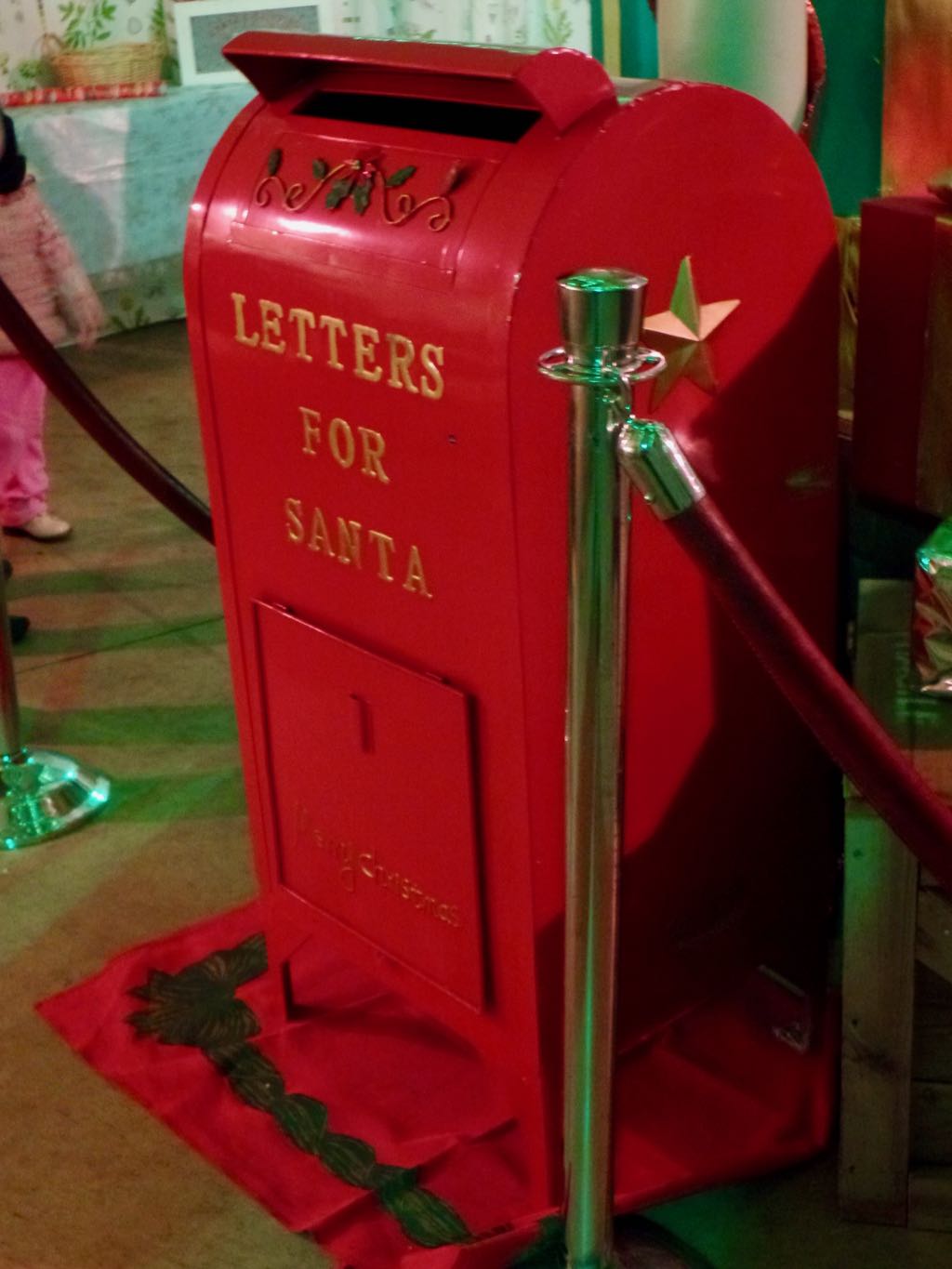 I believe they had a table set up for crafts which probably included drawing pictures for Santa. 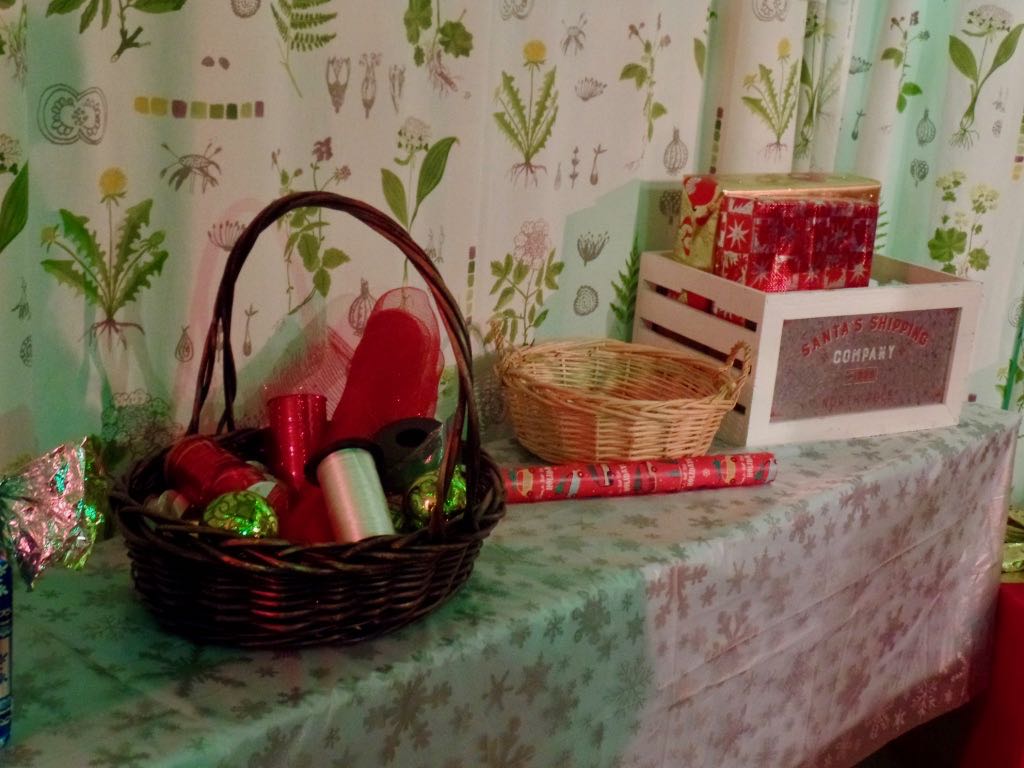 Gift basket and wrapping and such waiting for Santa. 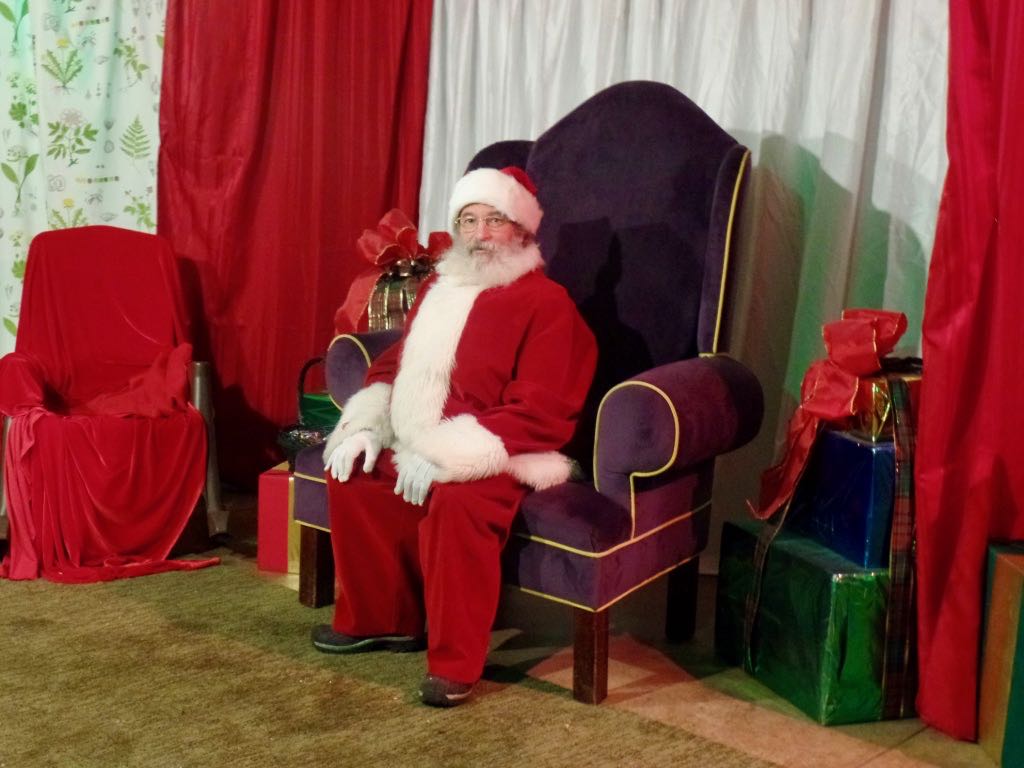 And here's Santa, apparently worrying about why I'm photographing him. 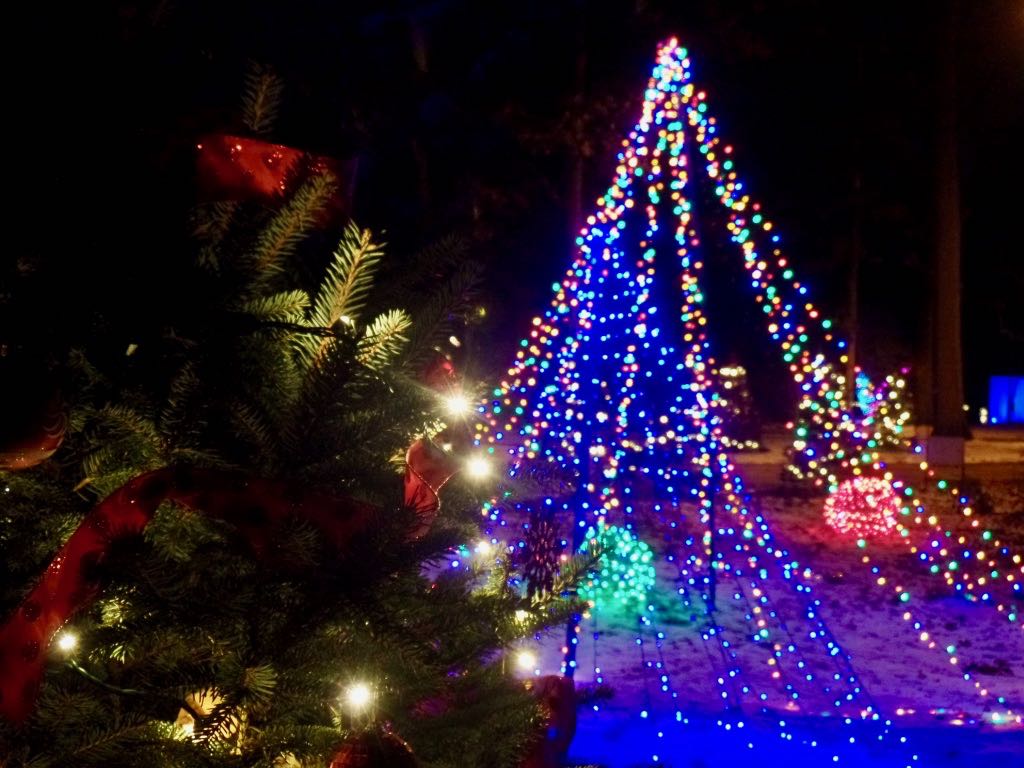 Back outside again. A tree and that illumination tree with, oh, look, two balls of light that aren't the same ones from earlier. They must have been flashing after all, even though I never got a picture with all the lights on, or off. 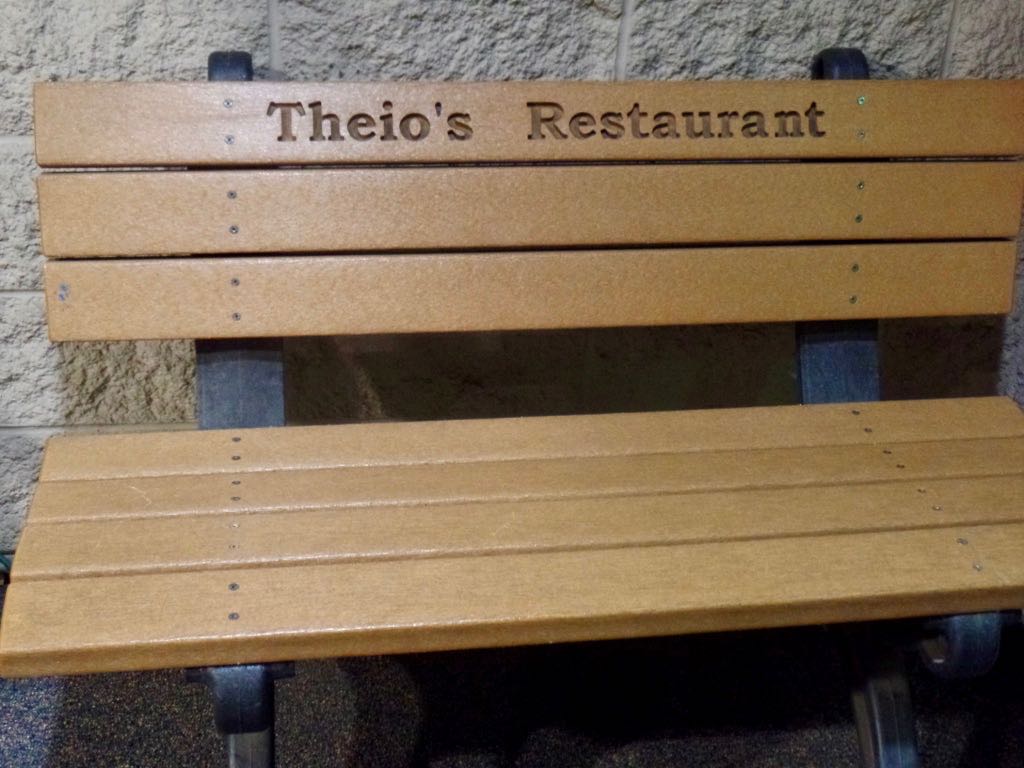 The Theio's Restaurant bench was still there, too, a year-plus after Theio's was torn down.

Trivia: In February 1974 the Ford Motor Company was fined $3.5 million for cheating on the emissions-control test required by the 1970 Clean Air Act. This followed pleading guilty in the three hundred fifty thousand criminal complains brought against the company. Ford also paid $3.5 million in civil penalties. Source: Ford: The Men and the Machine, Robert Lacey.