When the horses ran that day, Spark Plug ran the other way

On to new pictures! The next big thing was Christmas 2019, a time spent with

bunny_hugger's family. Also one in which I took fewer pictures than usual, figuring that I should be more in the moment and not worry about getting snaps that would look an awful lot like the ones I got in 2018 or would get in 2020 which was a respectable enough thought in December 2019. 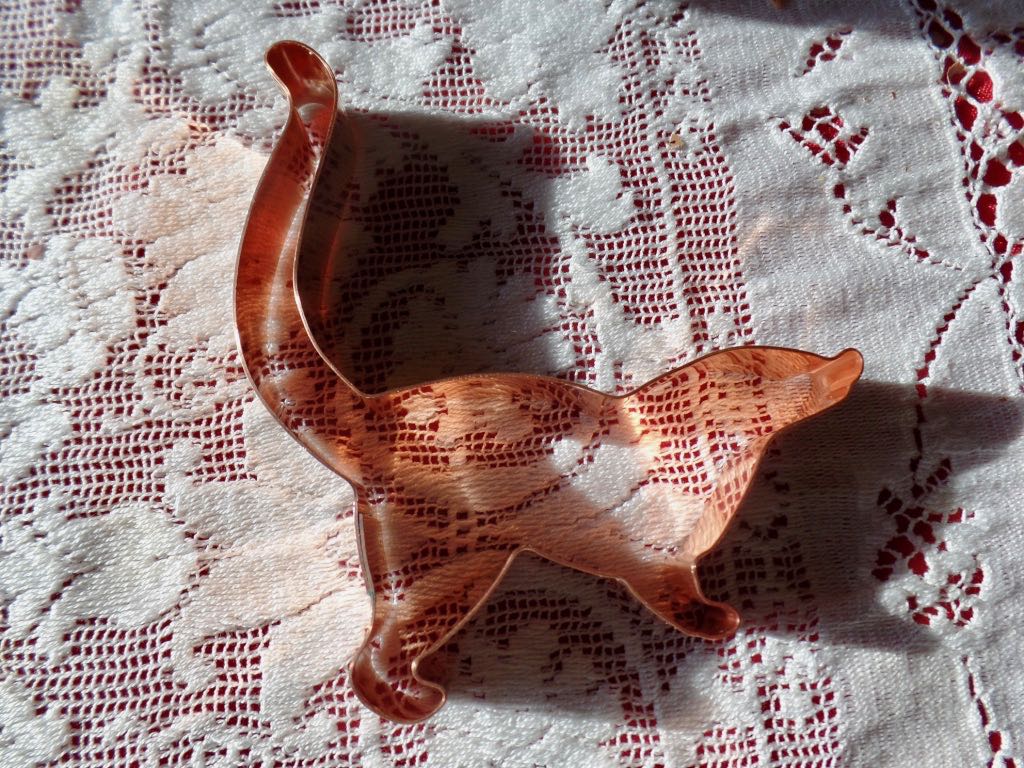 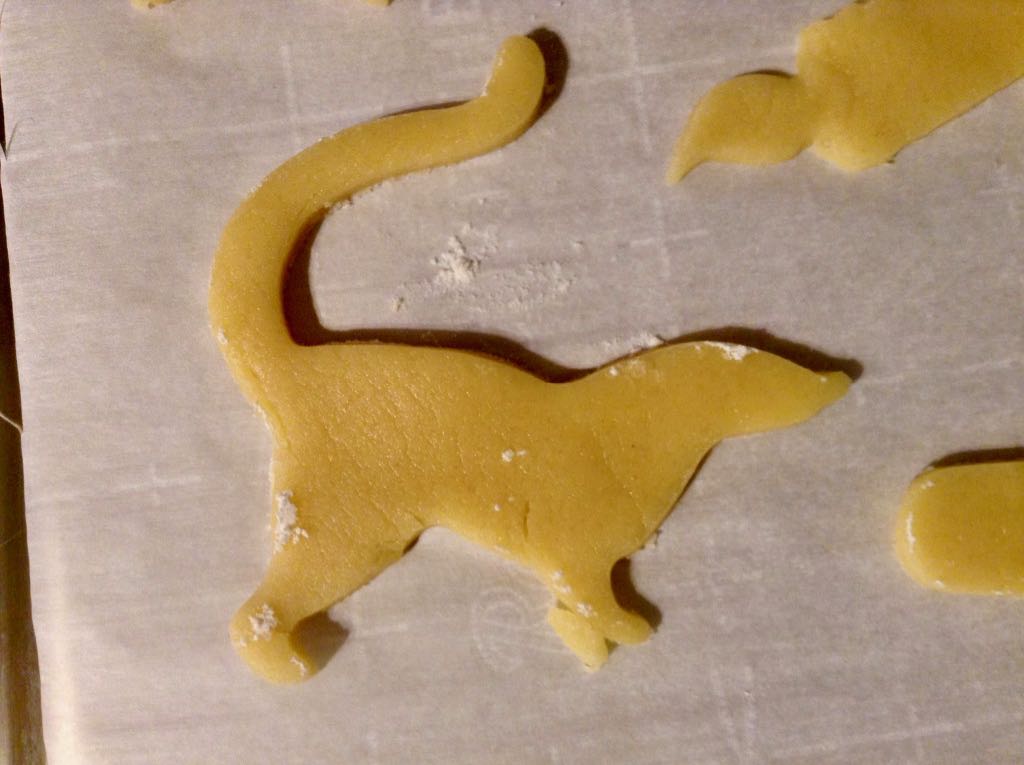 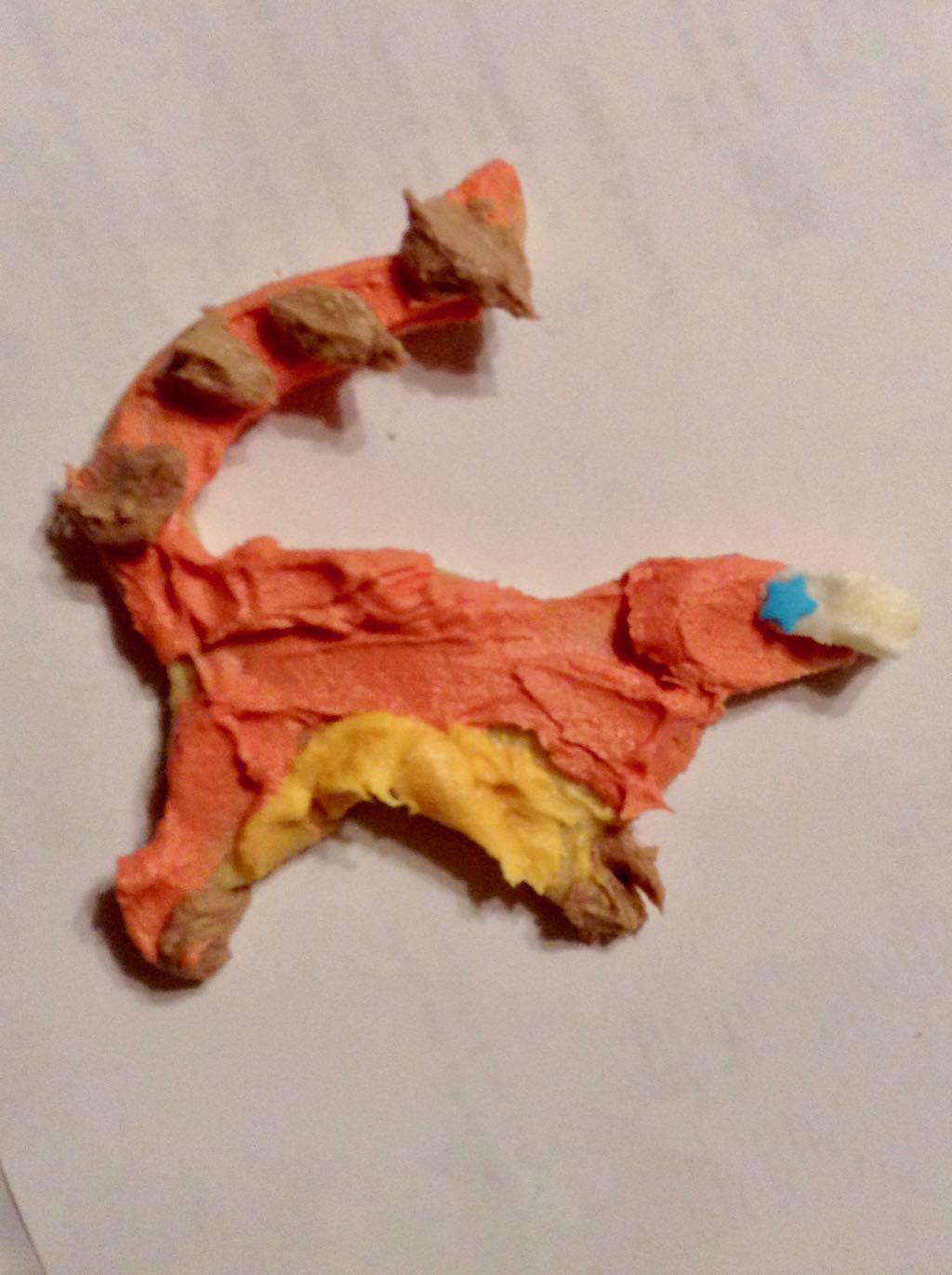 And here's what a coati-shaped cookie looks like baked and decorated ... not all that well. It tasted right, though. 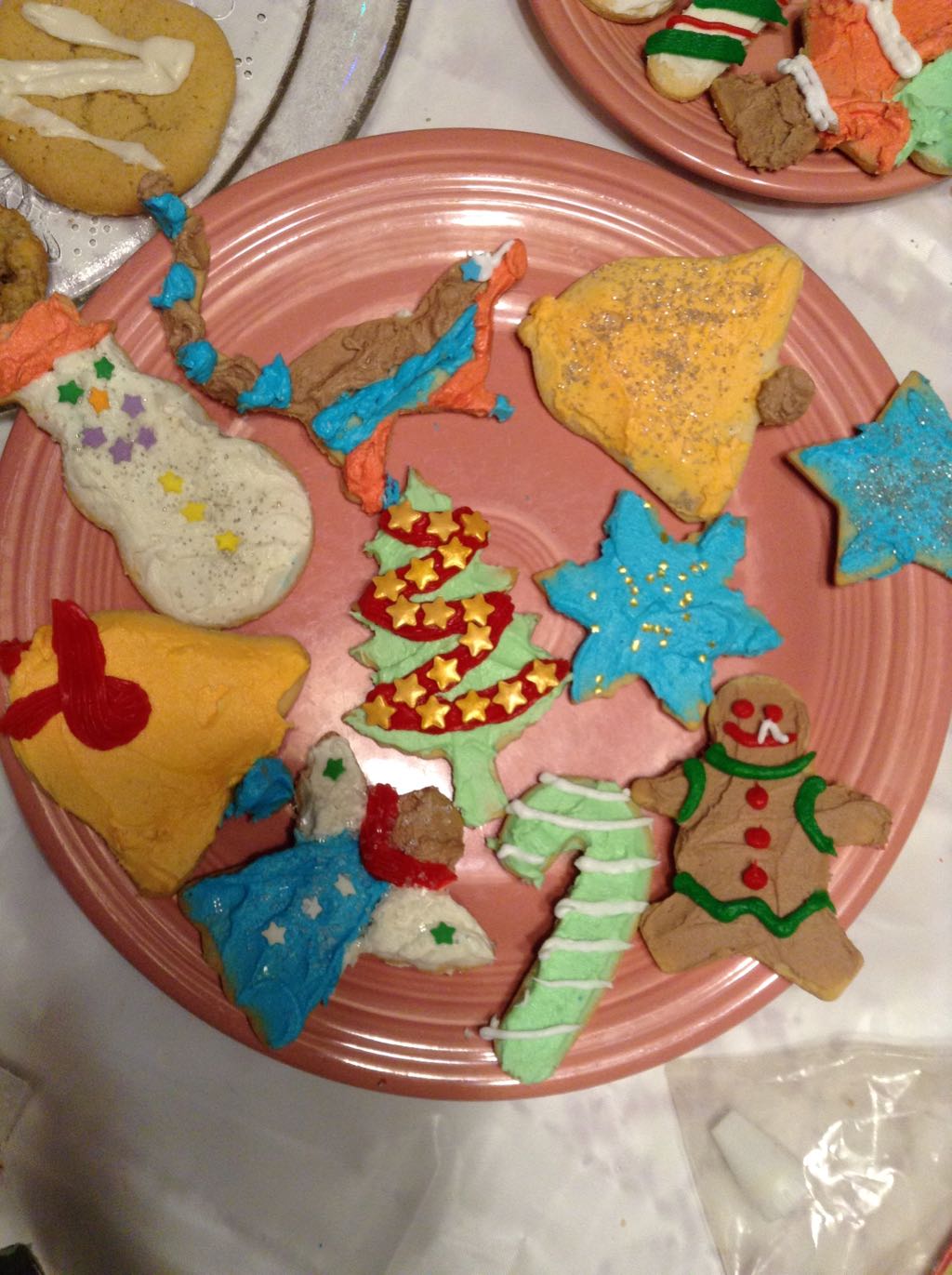 bunny_hugger and her mother did excellent jobs. 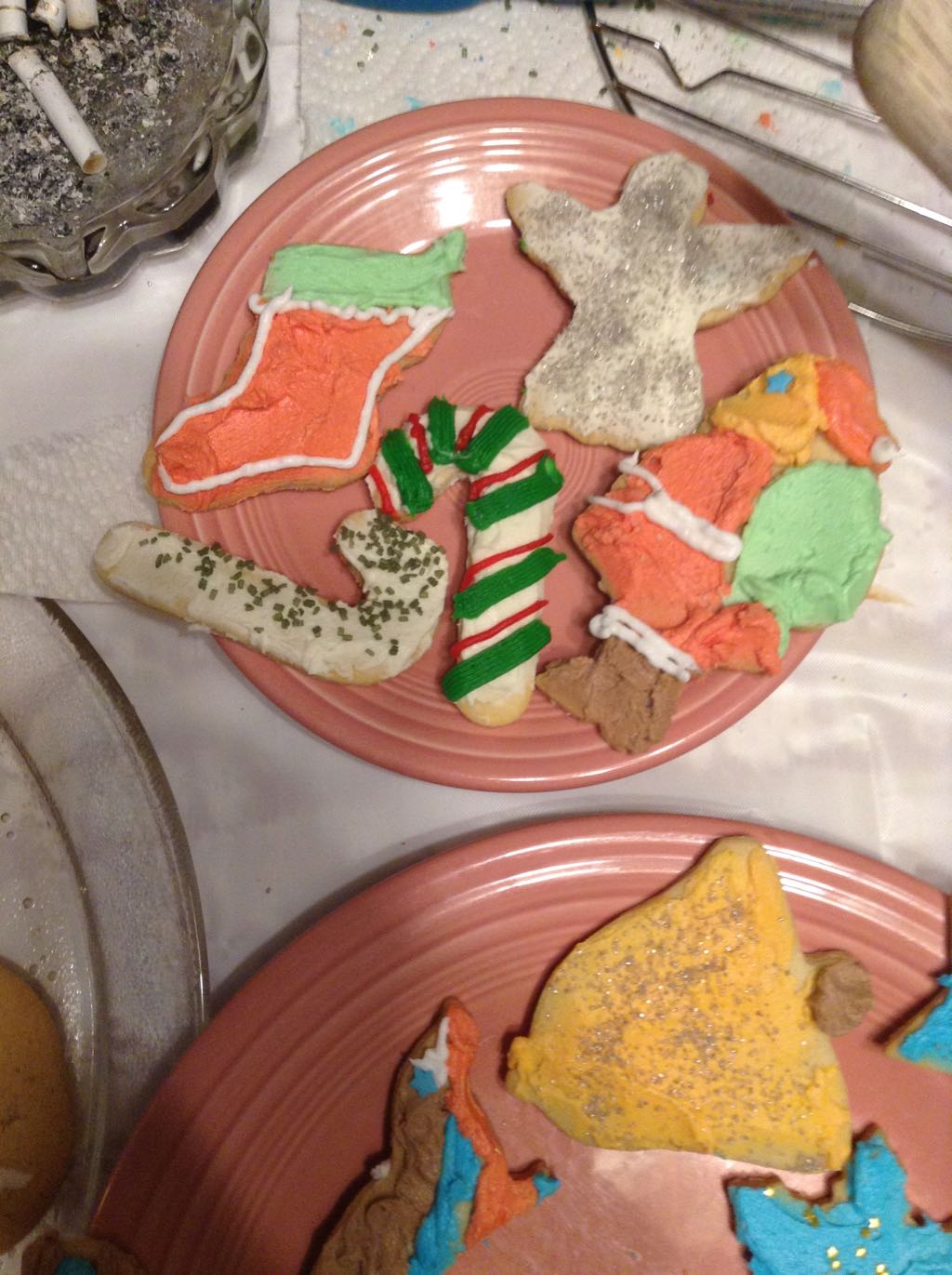 And me? The cookies I decorated certainly achieved adequacity. Actually I think the candy cane was one of mine and that turned out great. 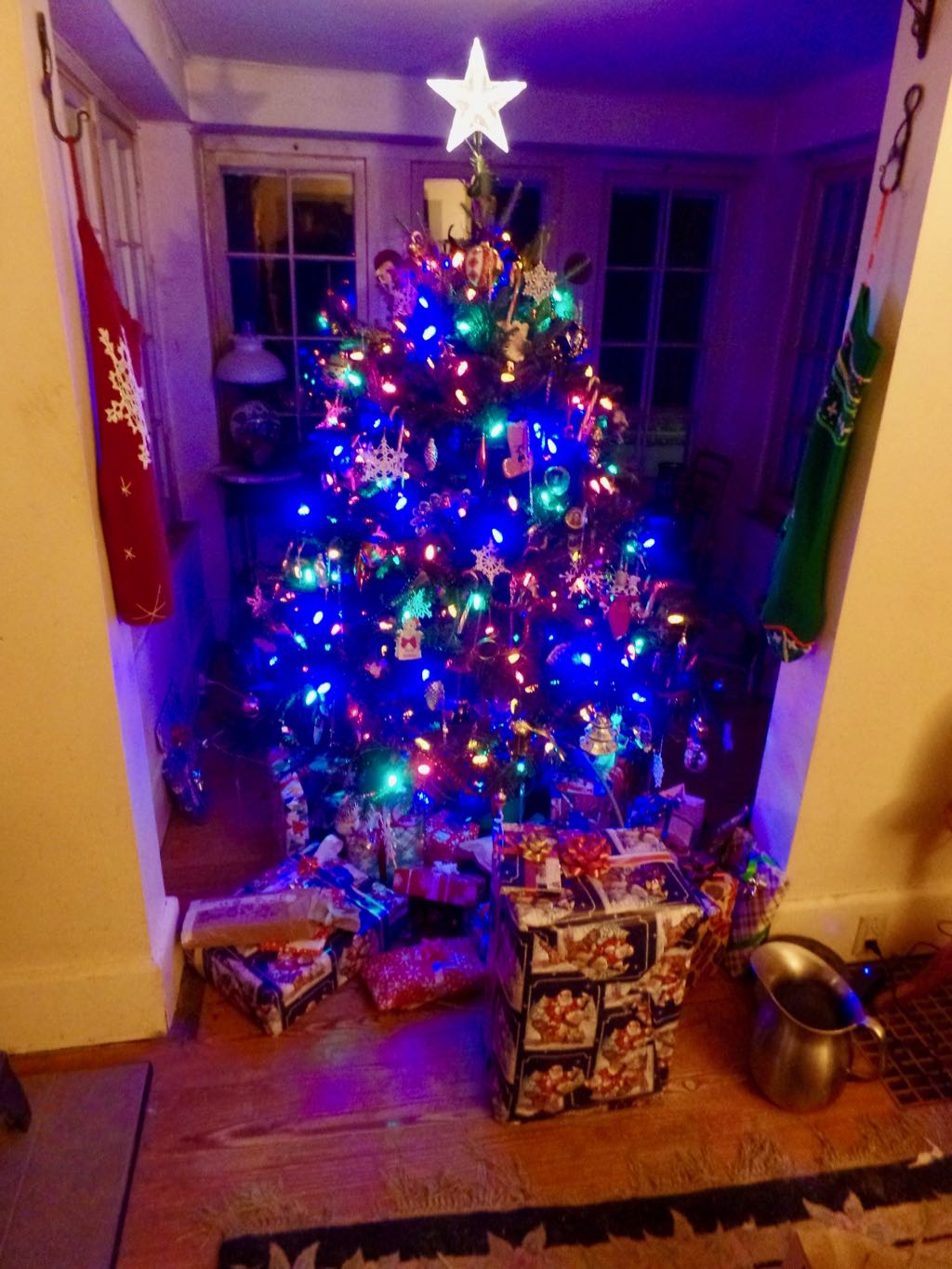 bunny_hugger's parents' tree, in its little alcove by night. 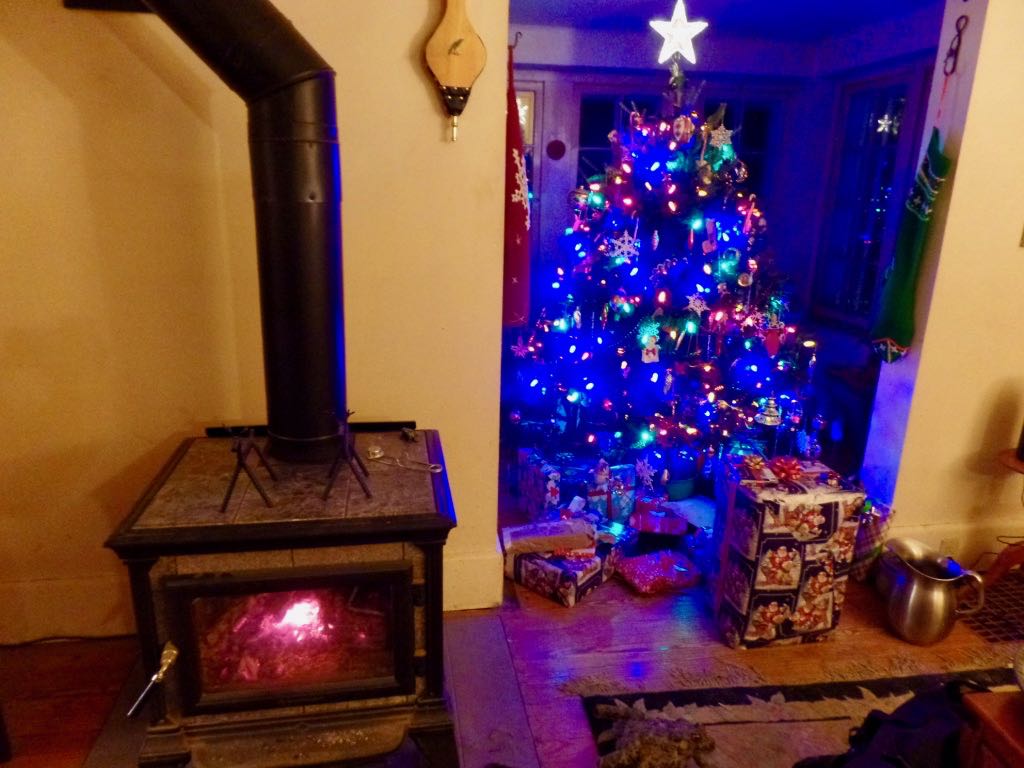 The tree and the fireplace, roaring after that whole flamethrower start. 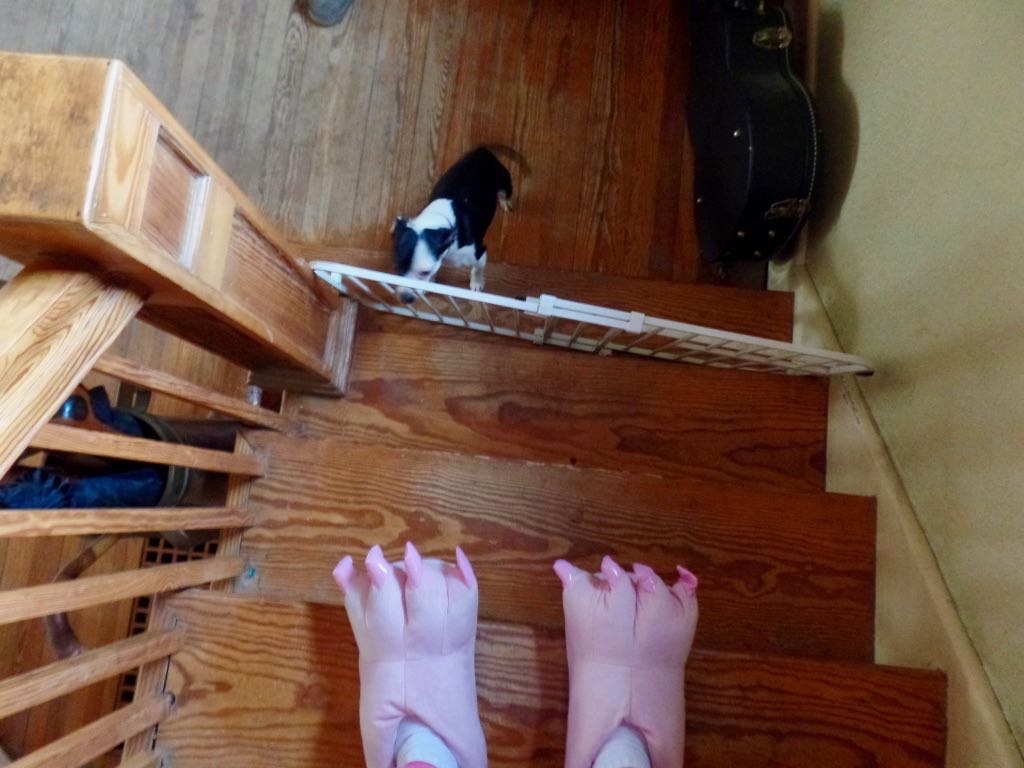 Coming down Christmas morning, me wearing the Angel kigurumi and slippers and the dog not at all sure what to make of this. 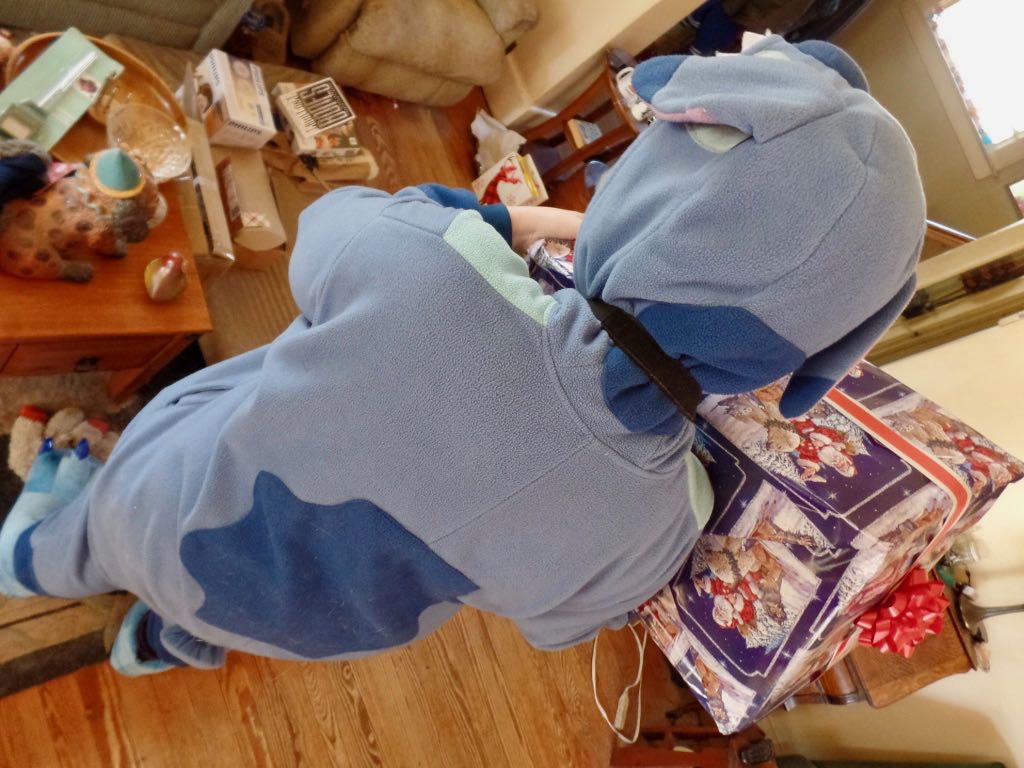 bunny_hugger in her Stitch kigurumi gets her big present for the day. 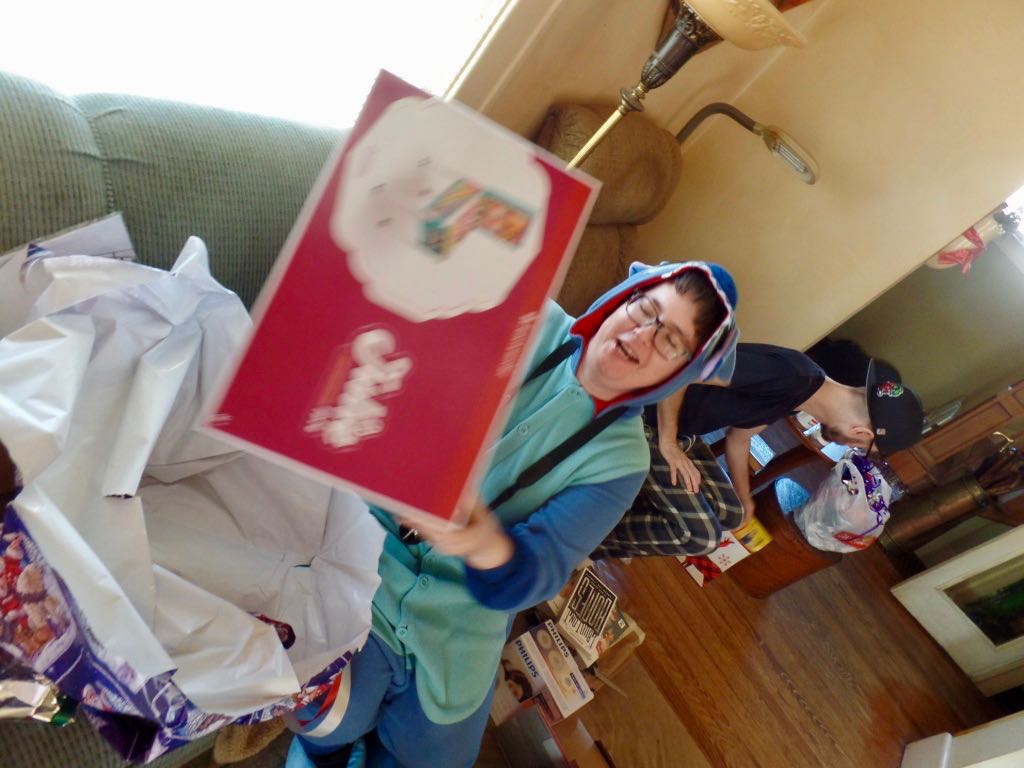 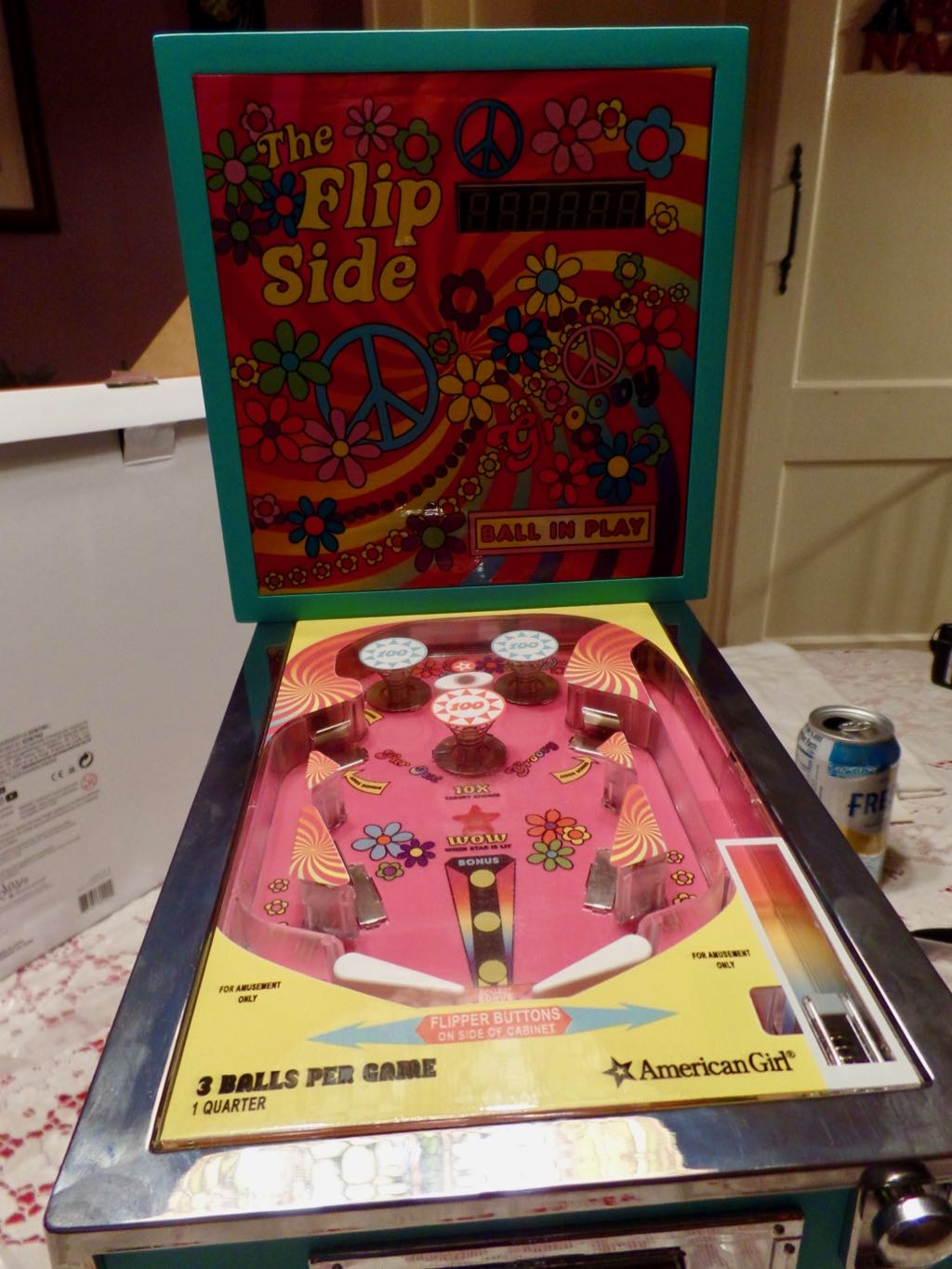 And here's the tiny pinball machine: The Flip Side. You can actually play it and

bunny_hugger has threatened to bring it to tournaments to use as a quick tiebreaker game. 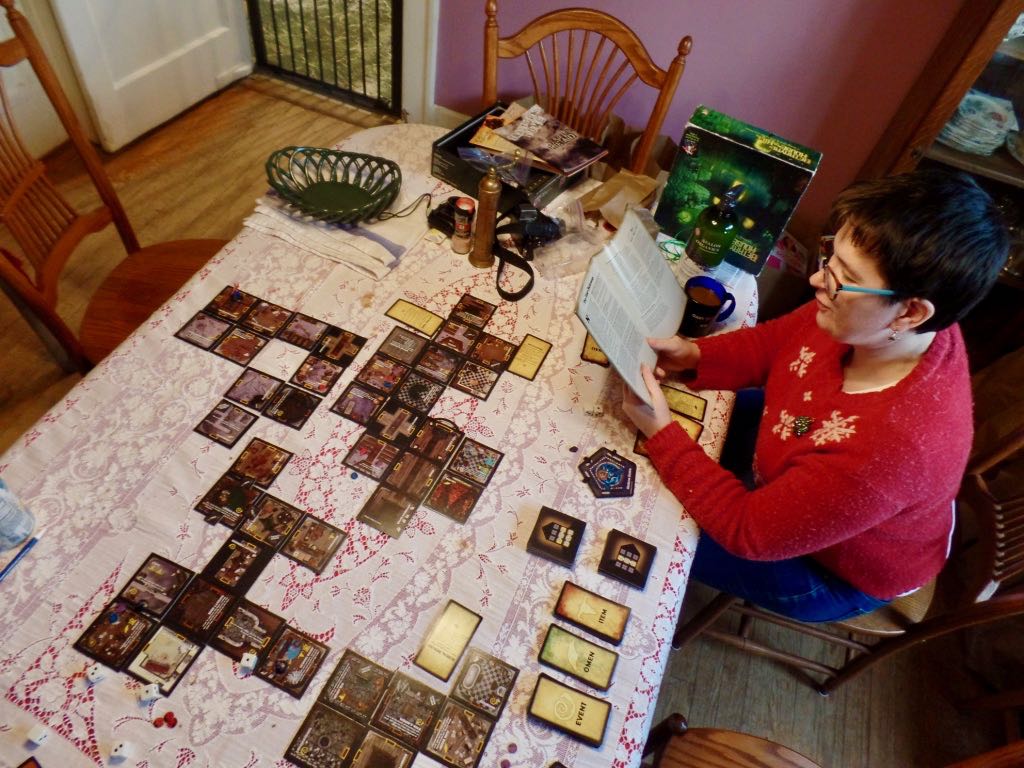 Our game of Betrayal at the House on the Hill. This is surely after we've reached the Betrayal and we read over the rules to try and figure out what the heck we're supposed to do. (It's some daft, poorly-balanced scheme where both the Heroes and the Traitor end up trying to outlast the other because we aren't sure how to sensibly block the other party from whatever the heck they're doing.) 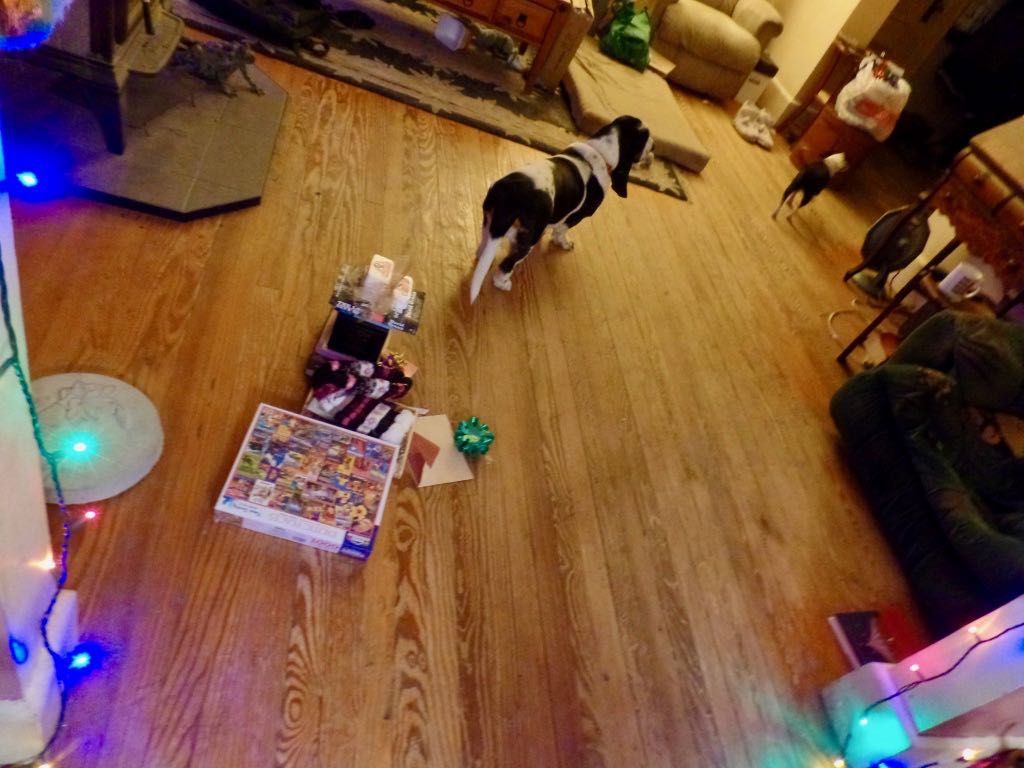 The dogs are hoping that if they don't acknowledge me, I'll go home.

Trivia: Turkey switched to the Gregorian Calendar by having the 18th of December, 1926, be followed by the 1st of January, 1927. Source: Marking Time: The Epic Quest to Invent the Perfect Calendar, Duncan Steel.

Currently Reading: Canadarm and Collaboration: How Canada's Astronauts and Space Robots Explore New Worlds, Elizabeth Howell. So, yes, it is appropriate that a book about the history of Canada's space projects would discuss the Avro Arrow. But the Avro Arrow is also the Free Space on your Canadian Space Enthusiast Bingo Card.