Now to the center of Crossroads Village, the last time we walked around it in December 2019: 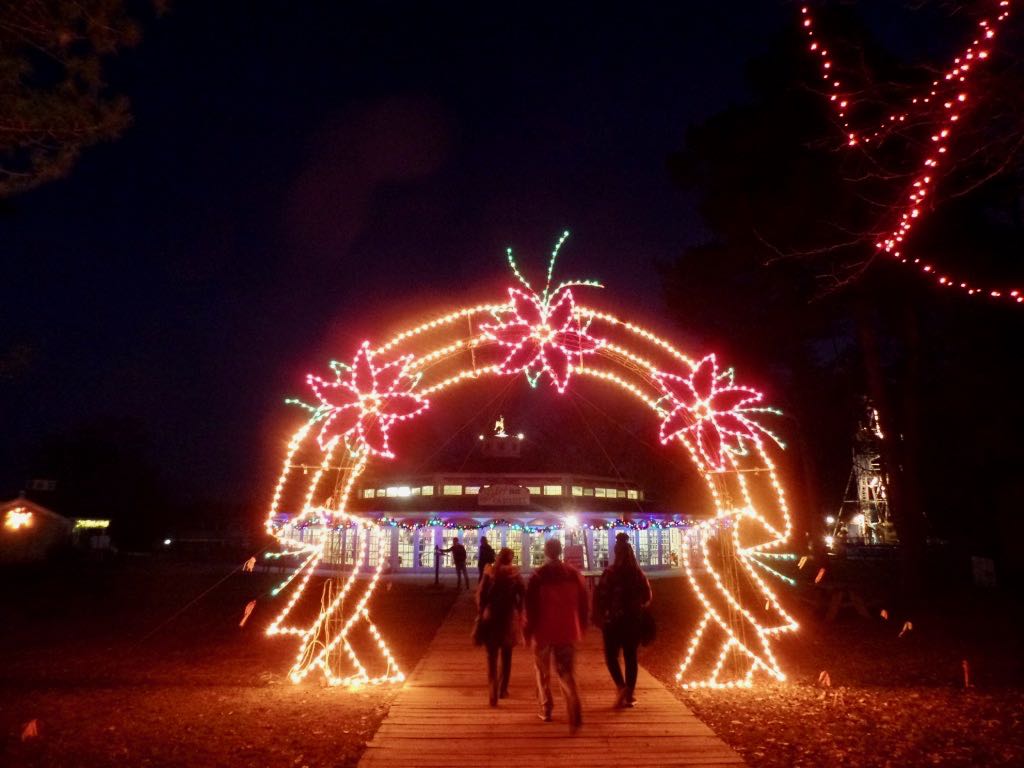 The arch, and walkway, to the thing which really brings us to Crossroads Village: the carousel. And, to the right, the Superior Ferris Wheel. 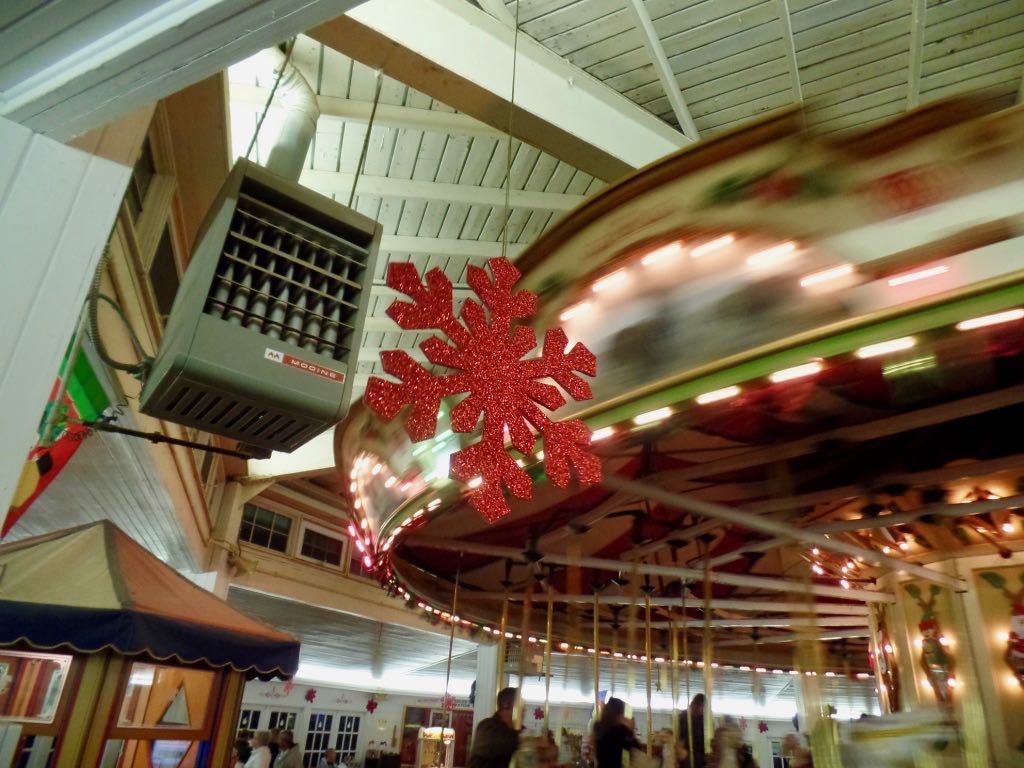 Fastest carousel in Michigan! Not that there's much competition (this one travelling carousel that gets to the Baby Food Festival, and hits 5 rpm is about it), but at 6 rpm a carousel is a thrill ride and we love it for it. 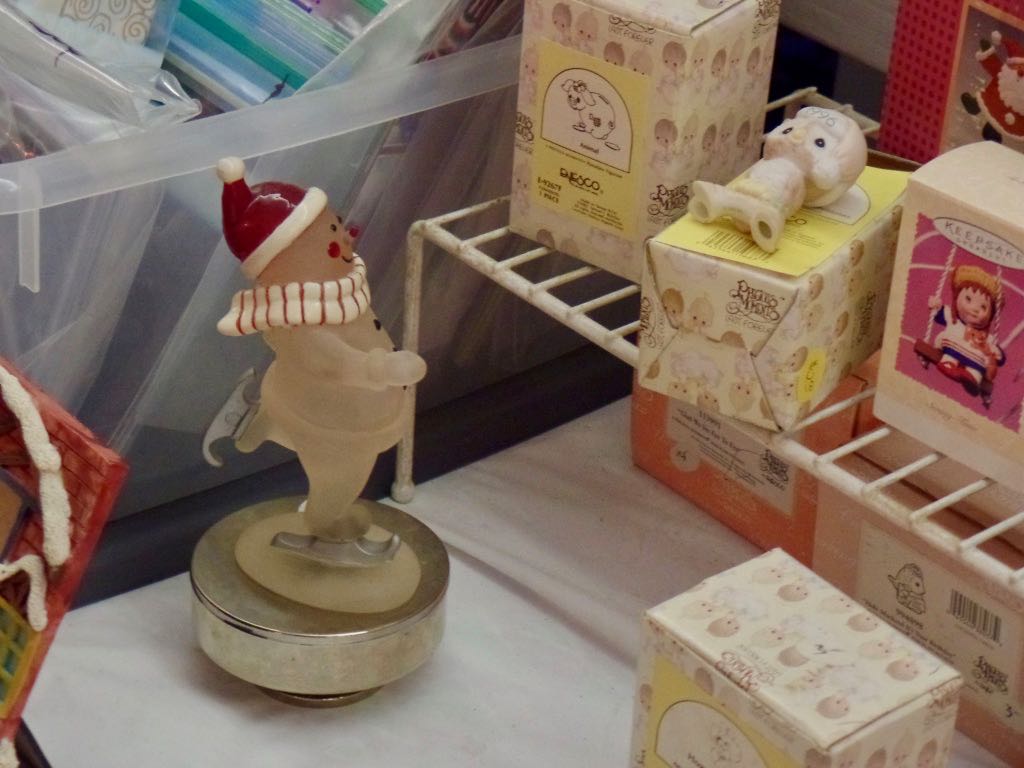 Keepsake ornaments and other little trinkets on sale at the fundraising booth. 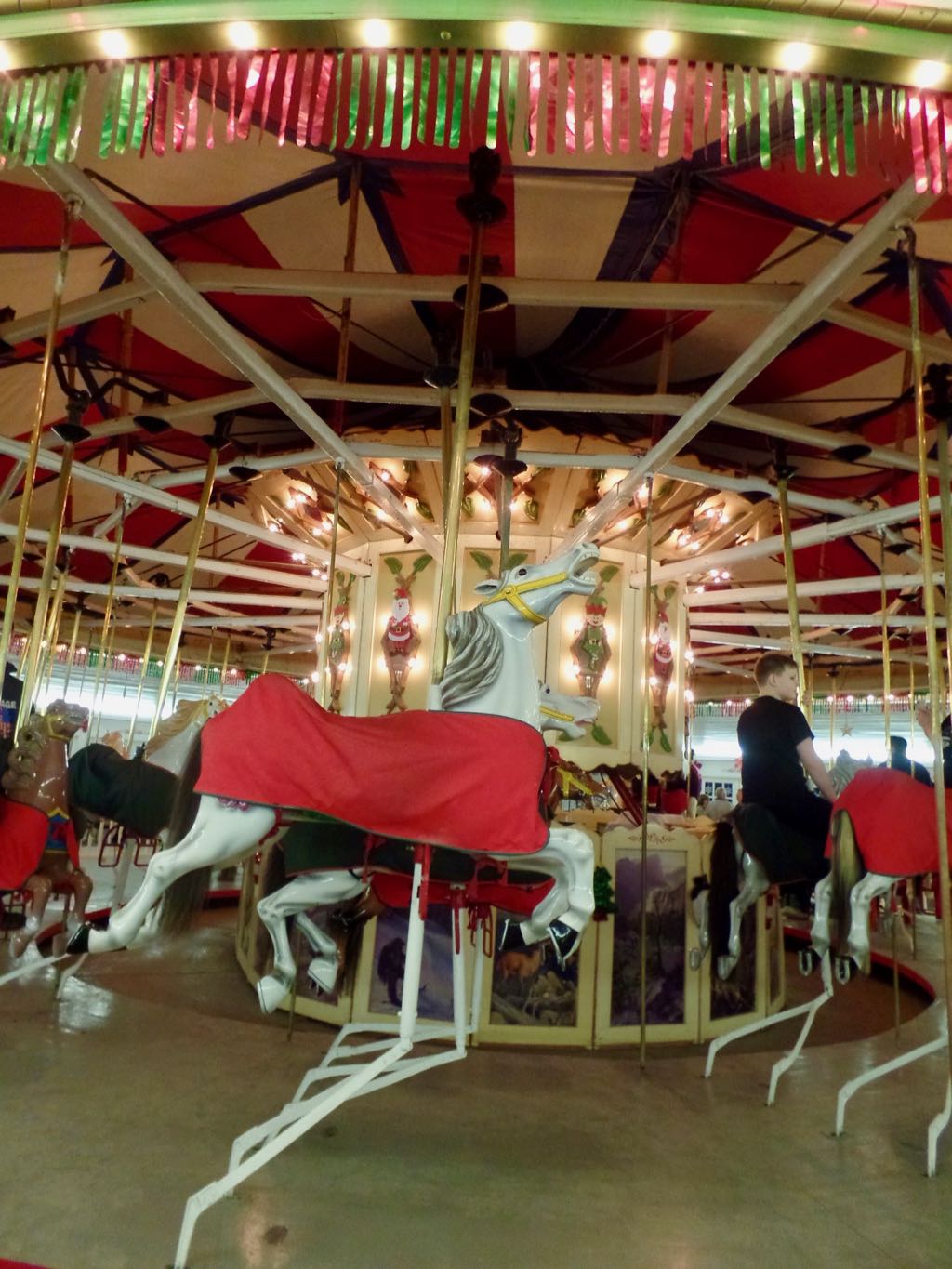 The carousel at rest. The blankets are stylish and seasonal and also protect the horses from mud and snow being tracked in. Also, look at that guy in the short sleeves. Yes, it's indoors and yes it was a weirdly warm day but COME ON. 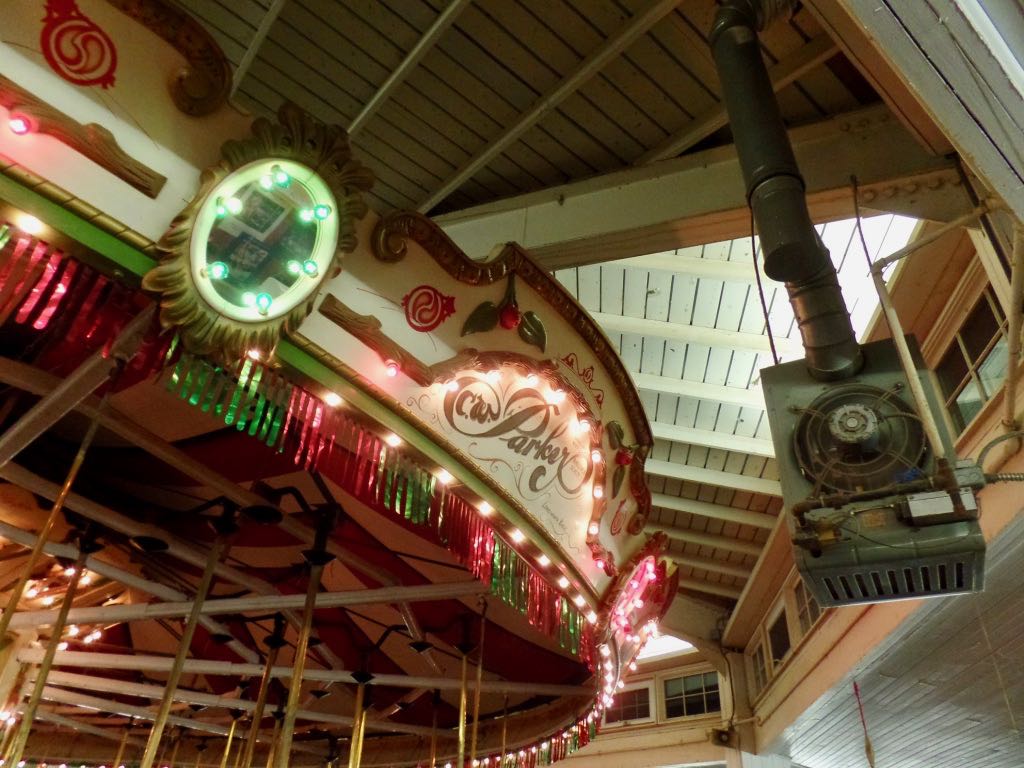 A look at the rounding boards with the C W Parker logo and, if you study the mirror there, pictures of the wall that explains the history of this carousel and how it came to Crossroads Village. 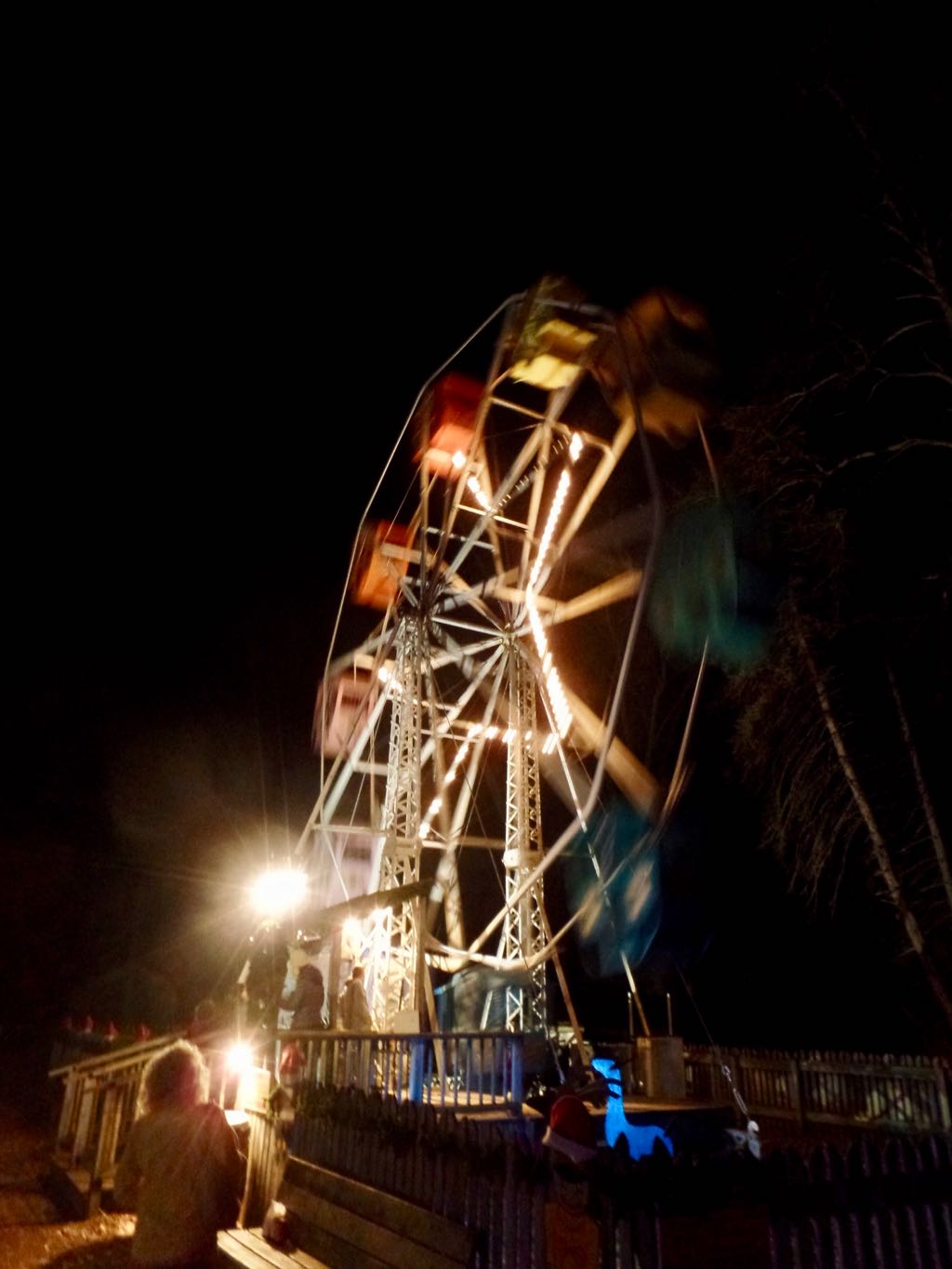 Outside, the C W Parker Superior Wheel, one of only three still in existence, and one of the two in public operation. 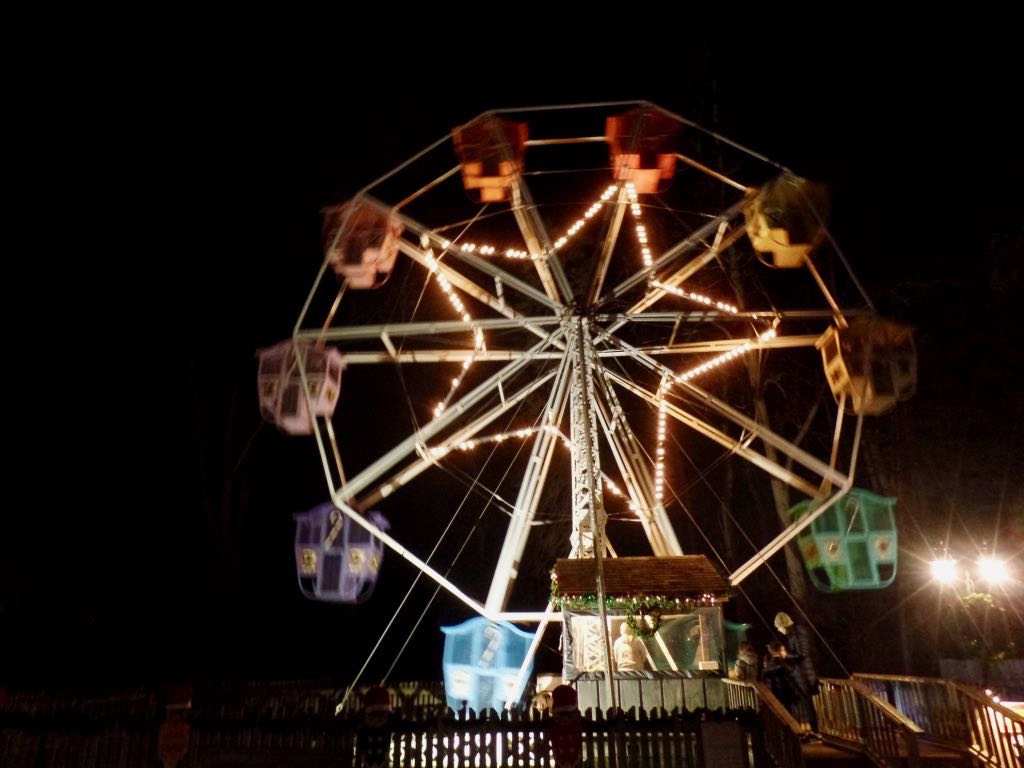 A view of the whole ride, with the operator's booth looking like a toy, somehow. I don't know how my camera did that. 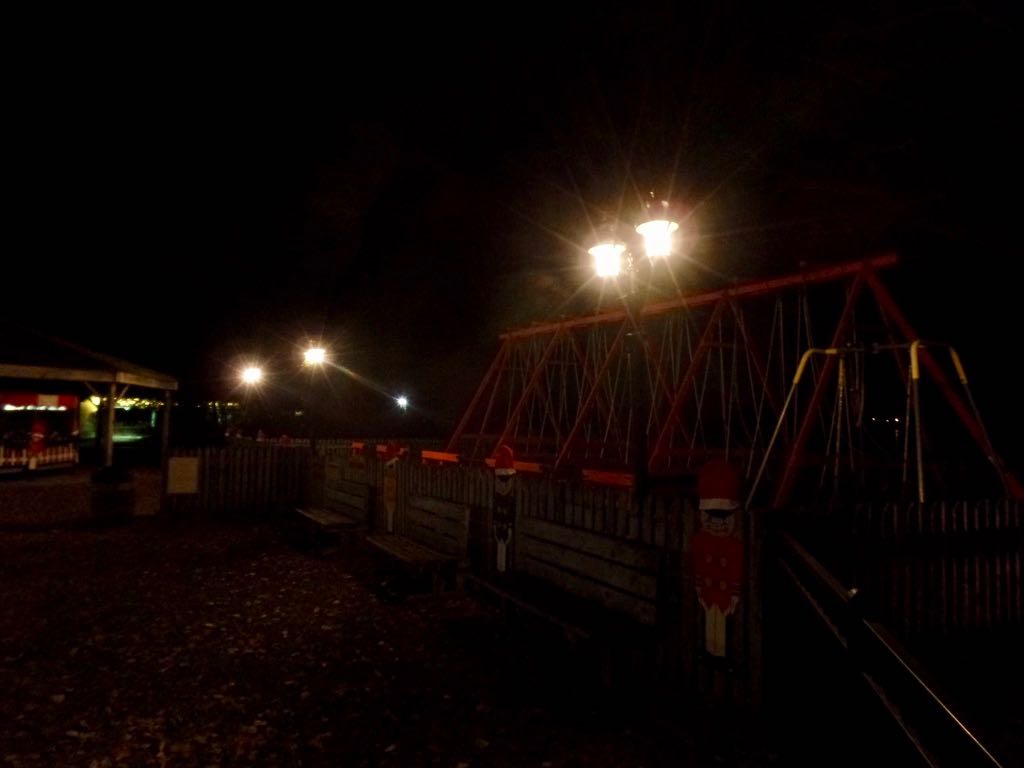 Off in the shadows, the Venetian Swings, which are not one of the things you can ride in the winter because normally that would be pretty unpleasant. 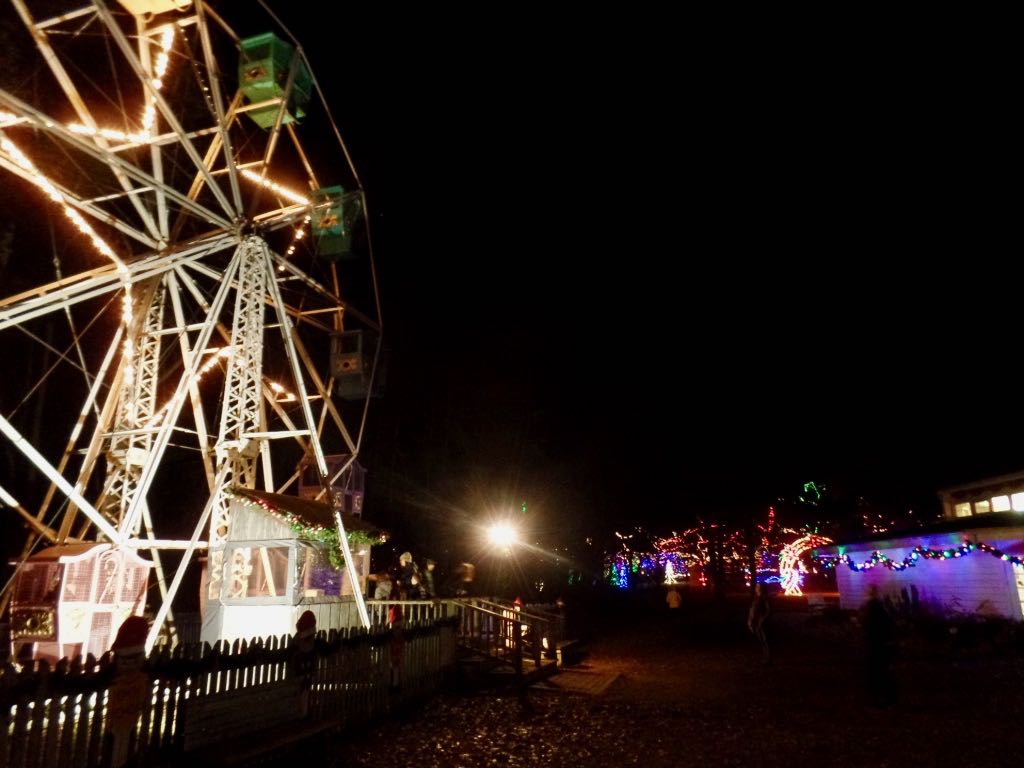 Looking back at the Superior Wheel and the carousel building (right), with the main body of the Village behind everything. 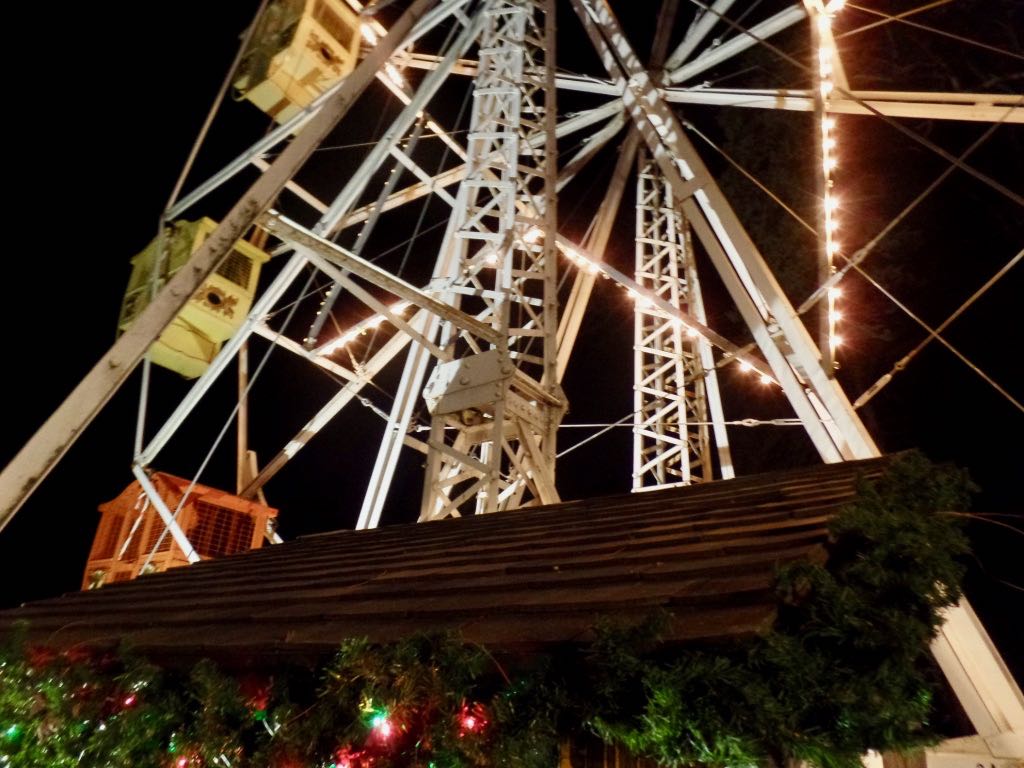 Close look at the roof of the Superior Wheel's operator's booth and its decorations. 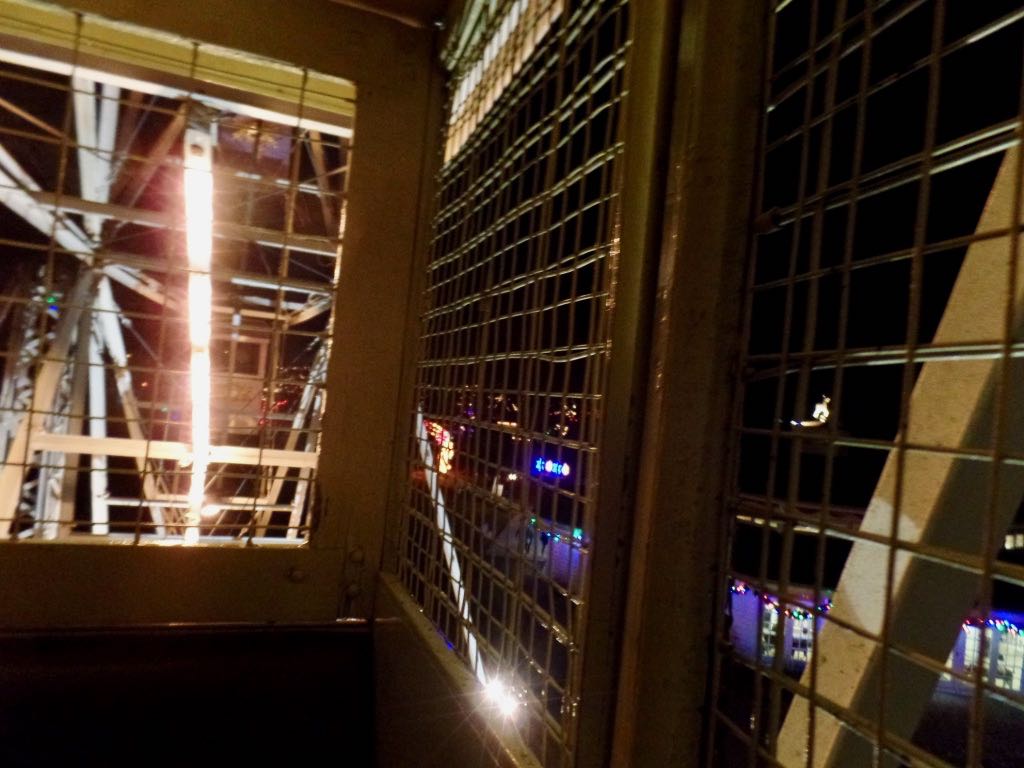 From inside the Superior Wheel; mostly a view of the carousel building, to the right. 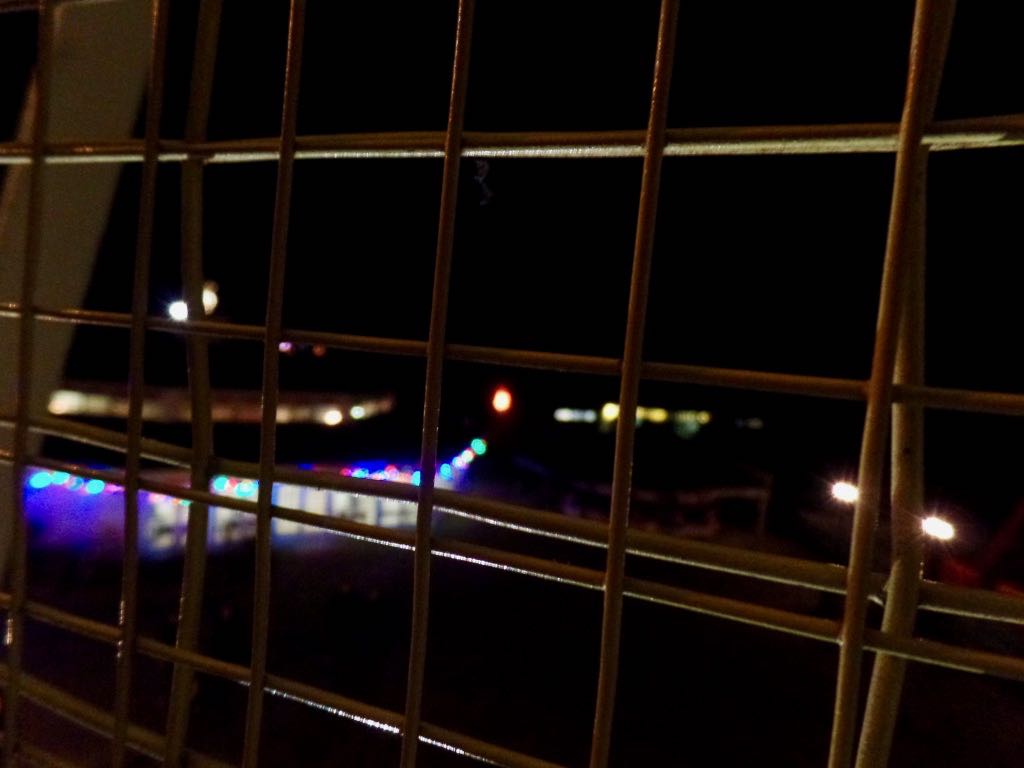 Trying to get a better view of the carousel building but mostly, of course, getting a razor-sharp snap of that wire cage.

Trivia: In March 1656 Louis XIV issued the letters patent on the first guild licensed to make perfumes and other fragrances. Source: The Essence of Style: How the French Invented Fine Food, Chic Cafés, Style, Sophistication, and Glamour, Joan DeJean.