From the rooftops shouting out, baby I'm ready to go

Going on in my comics-reading? I look at What's Going On In Prince Valiant? What's all this stuff about Lockbramble anyway? November 2020 - January 2021 in recap.

So now, at long last, I close out my photos from 2020, with ... pinball events! A couple pictures from Silver Balls in the City, the last of the charity pinball tournaments we've been able to run; and then MJS's New Year's Eve tournament in his famous pole barn. At stake: the usual things, sure, but also ... would

bunny_hugger be able to win her way into the top 24 of state competitors for the year and get an invite to the state championship? She went into the week at #25, by a whisker, but it's not enough to play; you have to finish big, ideally in a tournament against a lot of other top players, to secure your place. It was really fun assuring her that everyone who actually saw her play agreed she was good enough to make it in, let me tell you. 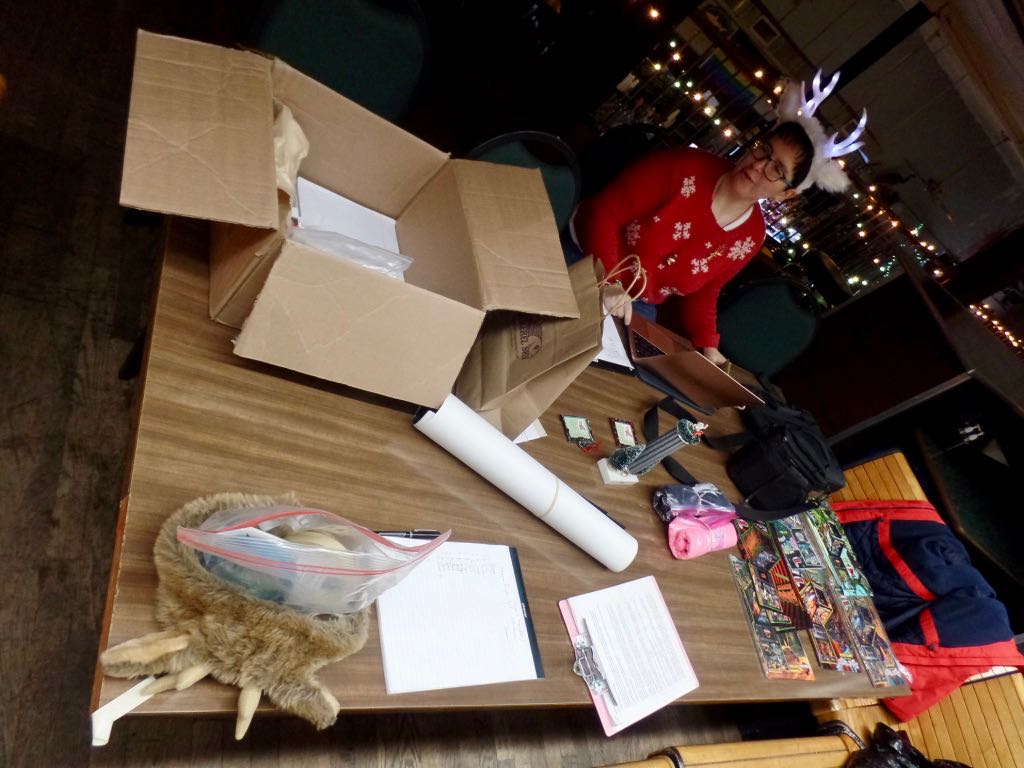 bunny_hugger setting up the Silver Balls in the City 2019, her last charity tournament of the year and one of the rush of tournaments to close out the year. A strong finish in this would get her from being on the bubble to securely in the state finals in her own right. 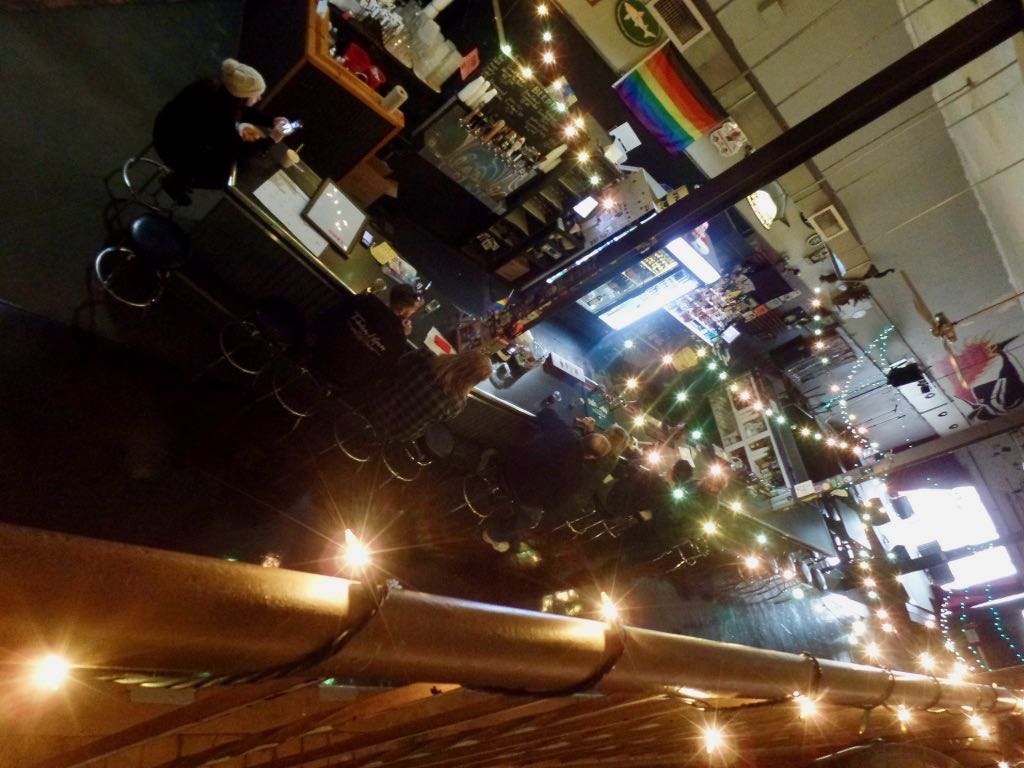 Looking out over the balcony at our hipster bar to the first floor, showing off the Christmas decorations still up and a couple people gathering for the event and the night. 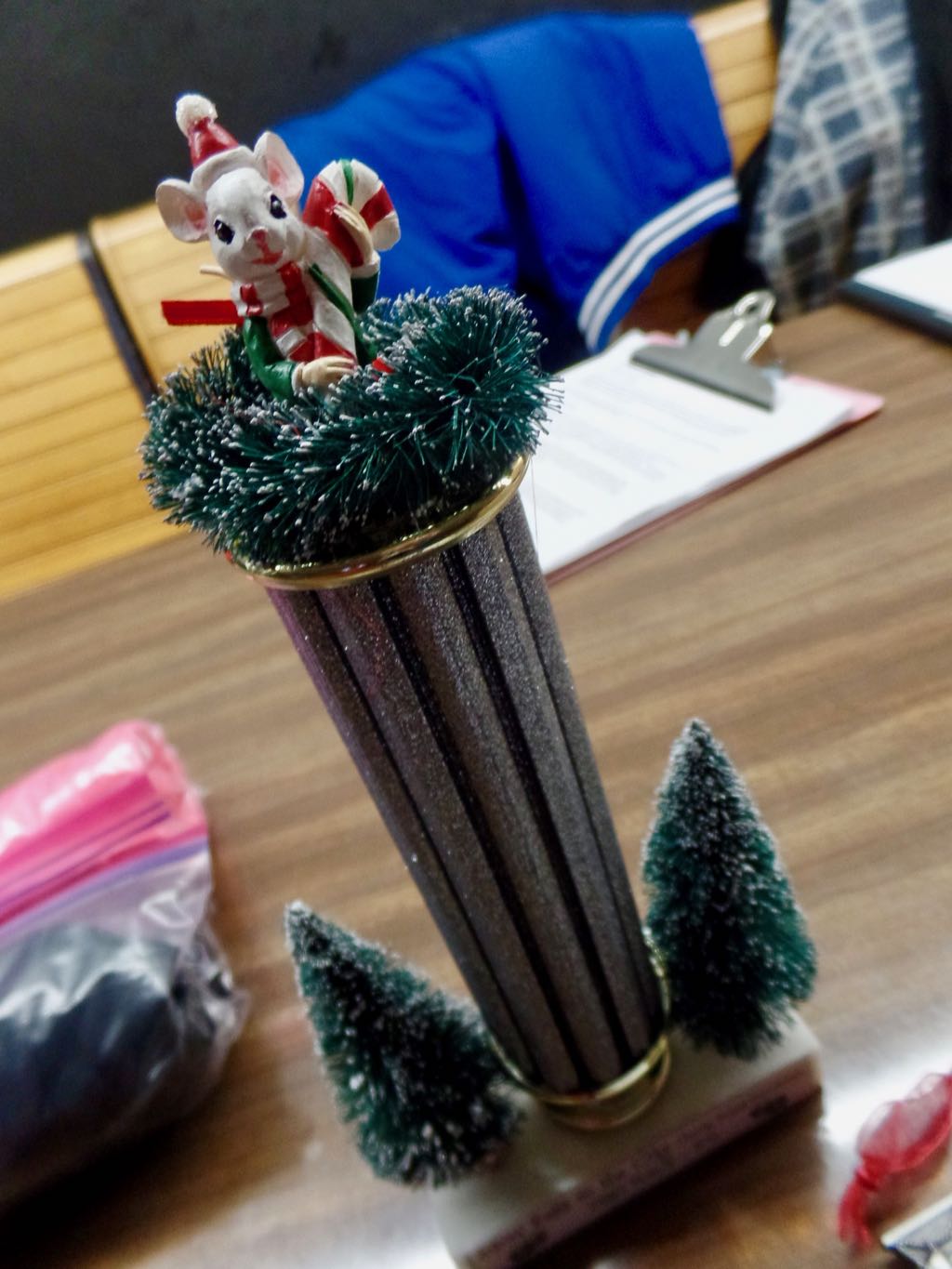 The first place trophy that

bunny_hugger made, using a craft-store mouse and little trees and bushes and the spray-painted base from a donated GRV trophy. 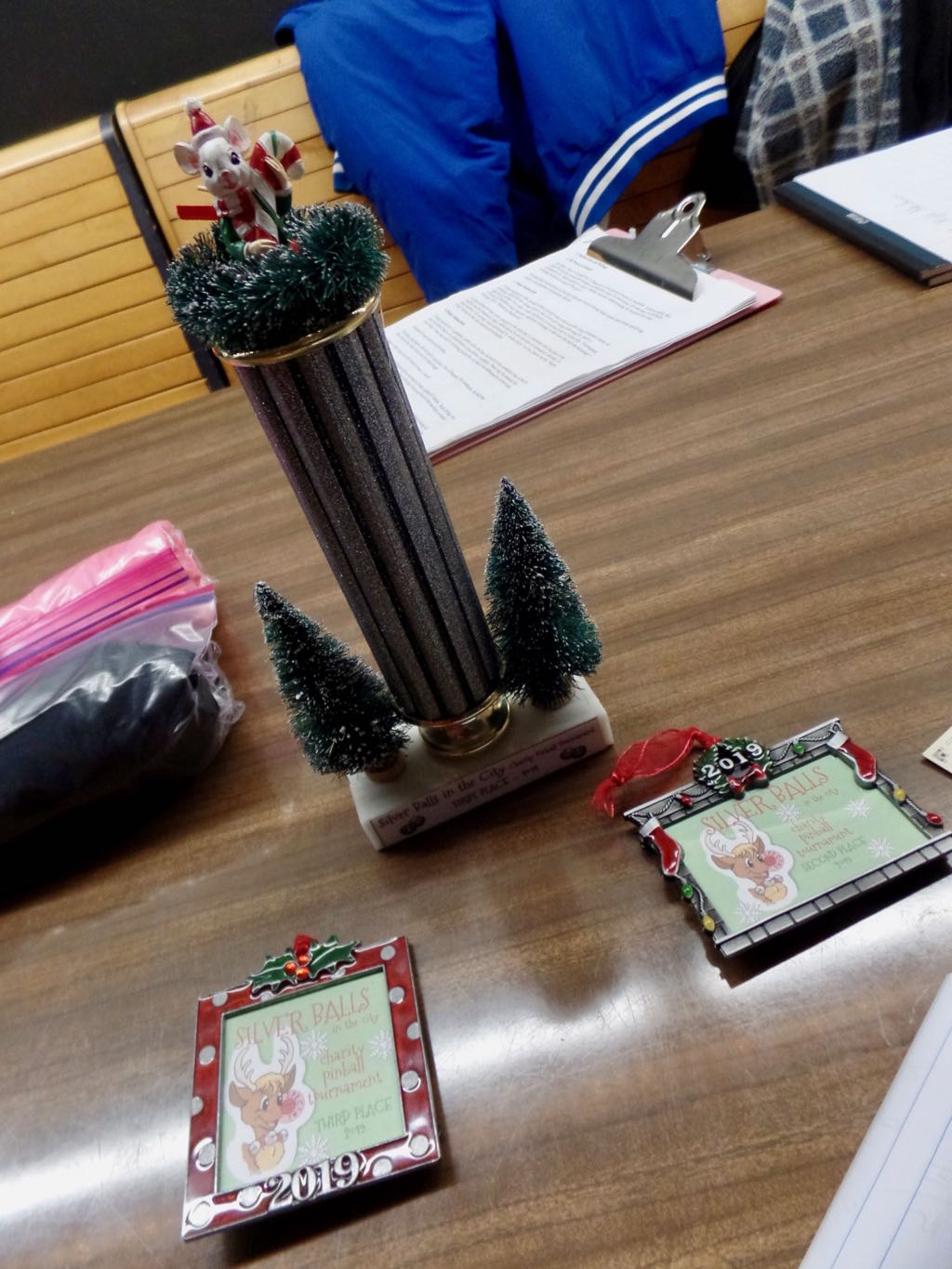 The first-place trophy and the second- and third-place plaque-trophies. Also, notice in the background my light-weight jacket; it was another surprisingly warm day. 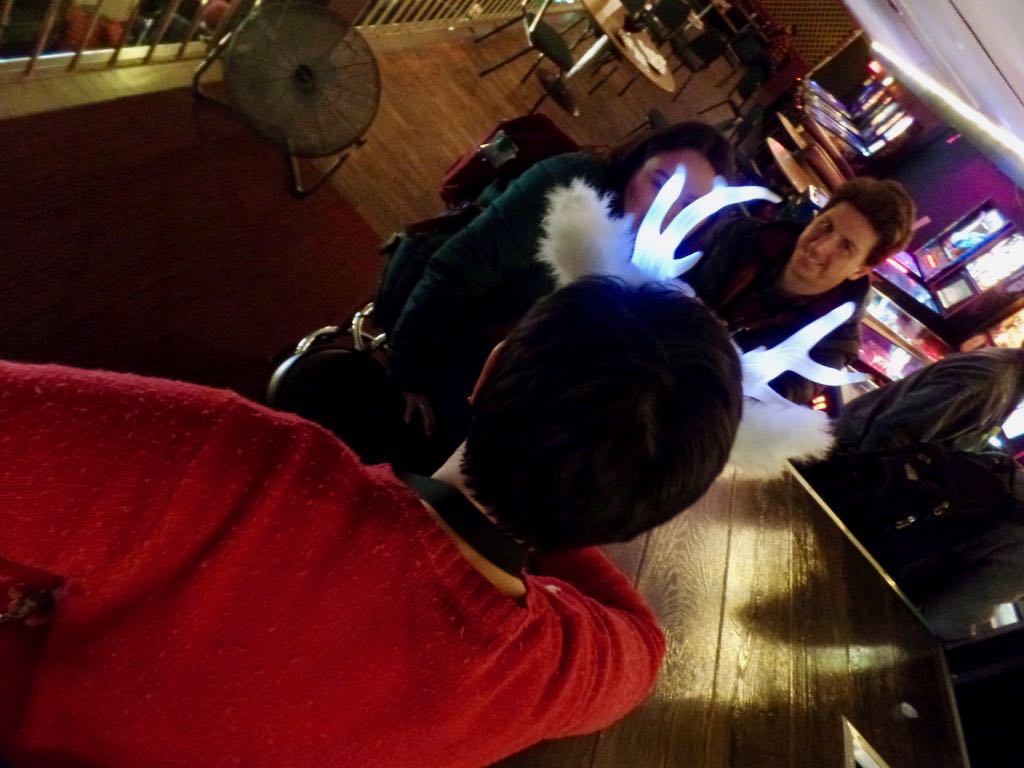 bunny_hugger taking photographs near the end of the night. She had a lousy finish, as often happens with tournaments she runs, and it would do nothing to help her get into finals. 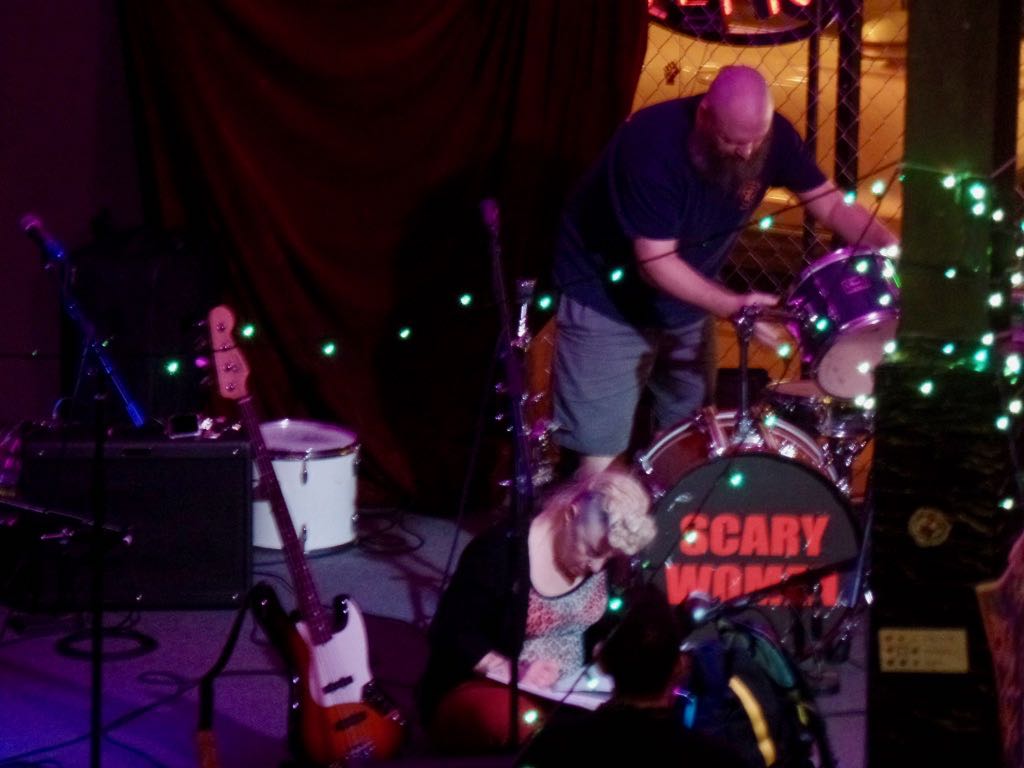 bunny_hugger asked the venue if the day was clear for holding a pinball tournament, they didn't see any reason to warn us that there was a show booked for the night. Fortunately the tournament was wrapped up before the place filled up with crowd and noise but, oy. (In the bar's very slight defense,

bunny_hugger had to set the day a month ahead, and so was asking like six weeks out to clear the day, and what kind of bar has figured out what nights are going to have live performances a whole month and a half ahead of time? I mean, among bars that aren't the slightest bit organized in any way?) 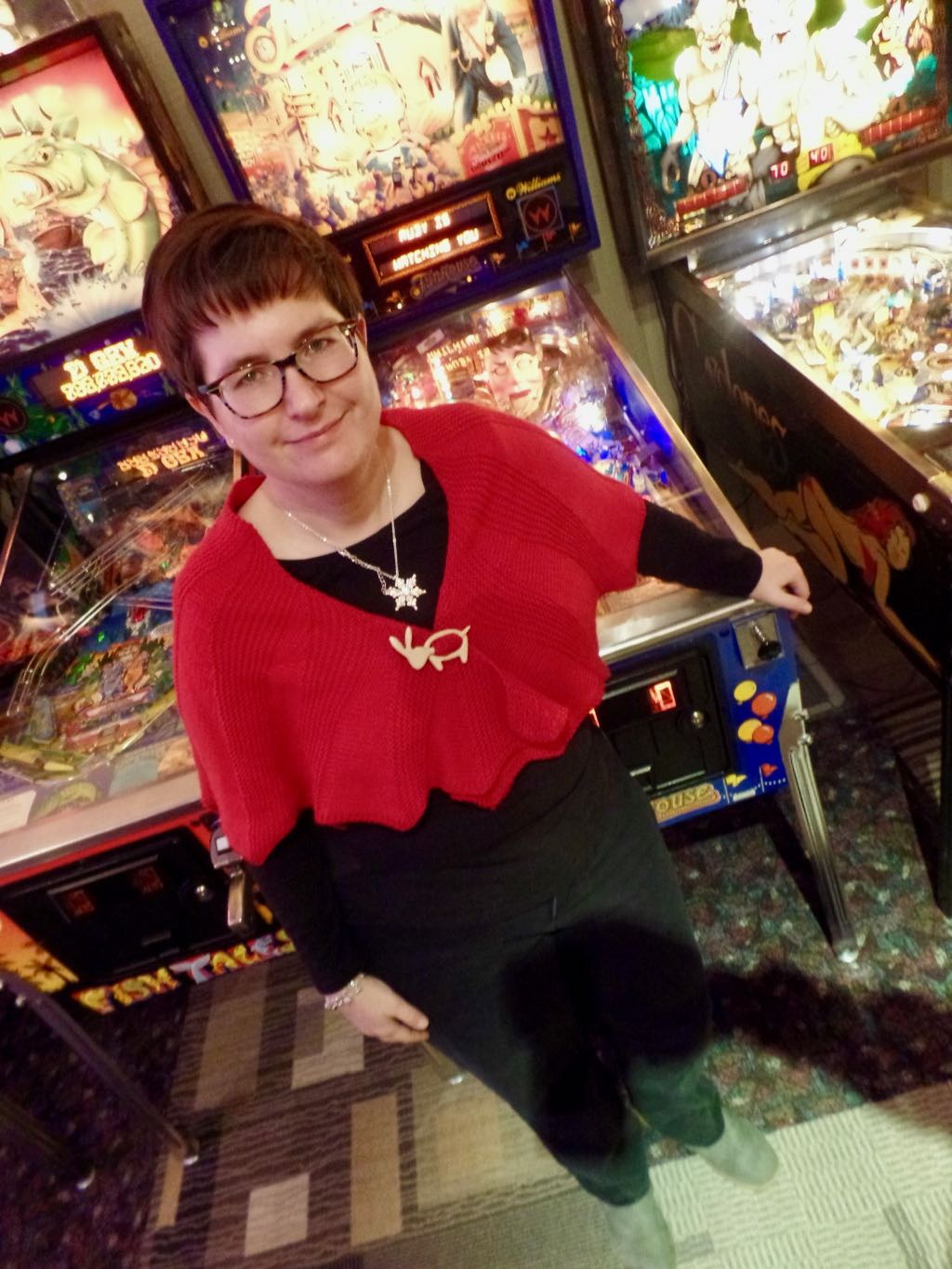 bunny_hugger posing for a good-luck shot while ... someone is watching her ... 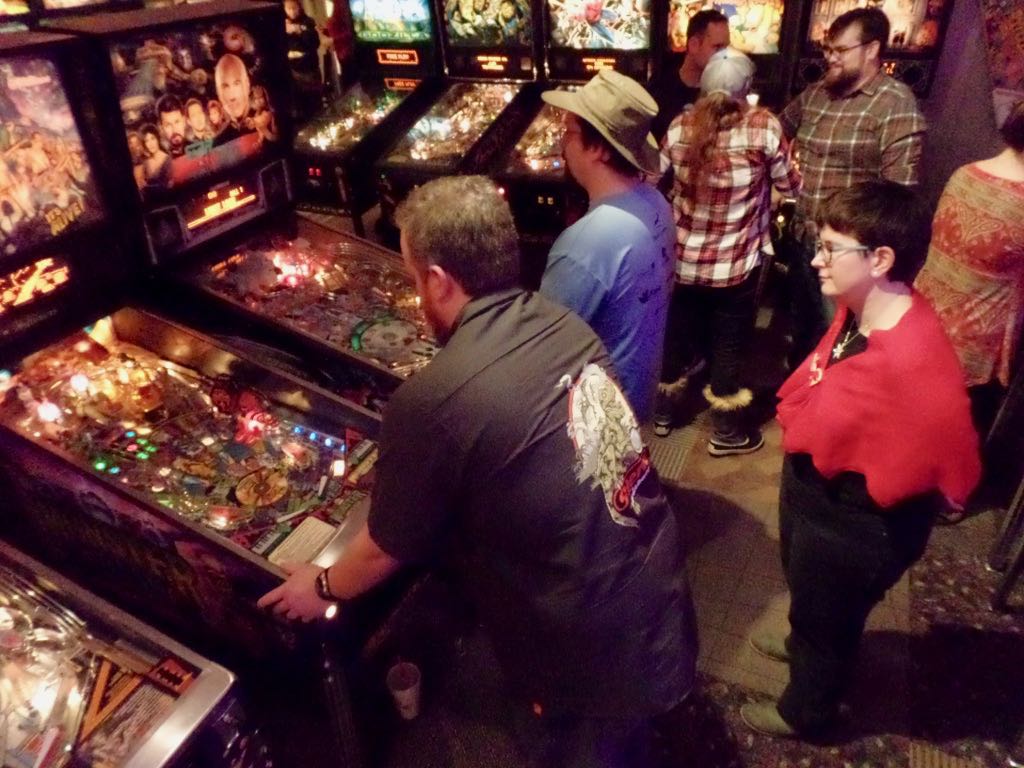 Well, she had an excellent night in the pay-out tournament and just could not lose; for a long while she was the top-ranked competitor there. Here, she's facing off against MWS in one of the final rounds. By this point, actually, she had likely already secured her place in the state championship, but we weren't sure of that. 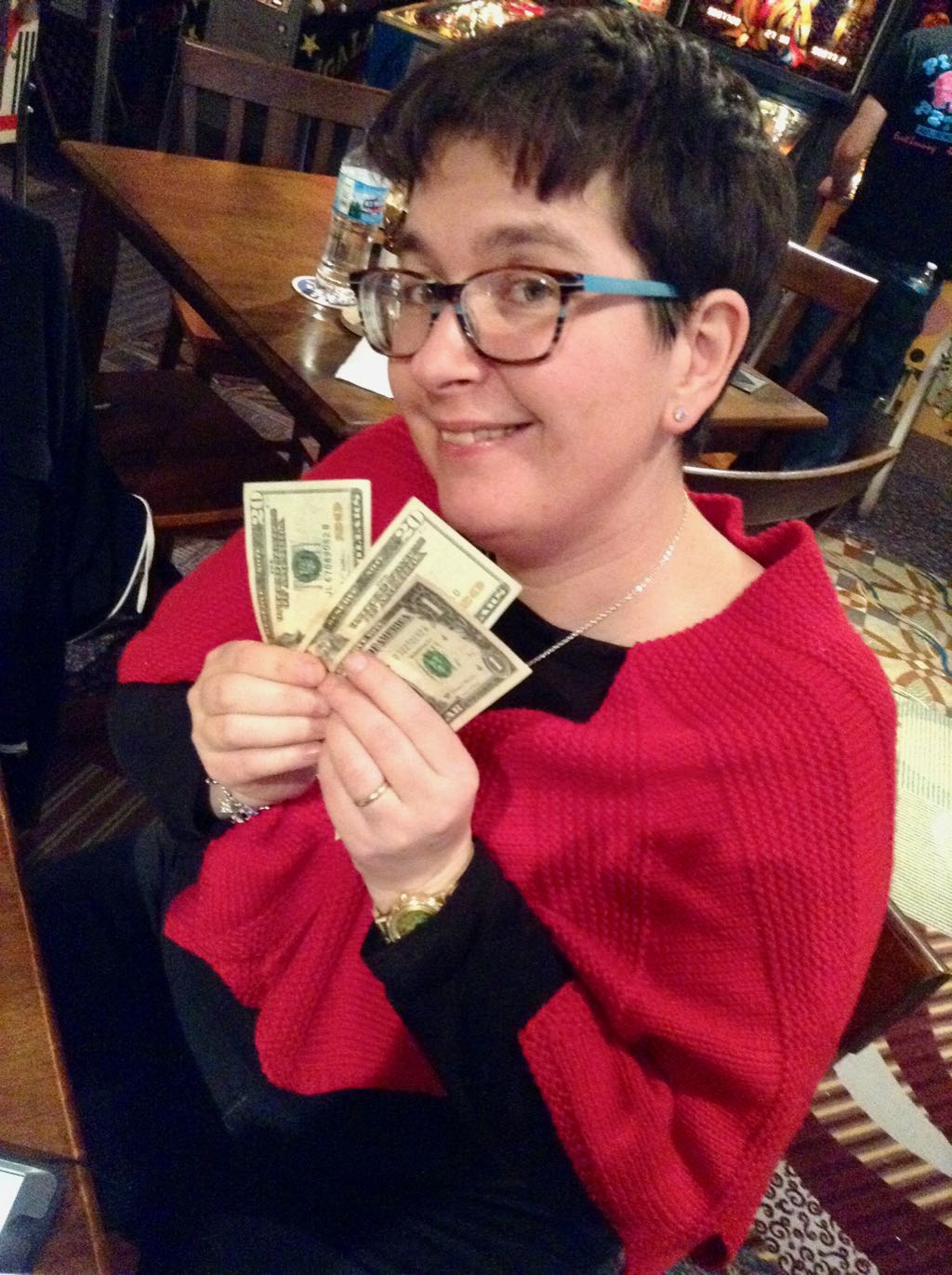 The fruits of victory! Which

bunny_hugger did not get. CST did. She got second place, though, and here shows off her winnings --- US$41 and 7.32 International Flipper Pinball Association rating points, enough to land her safely into state finals! 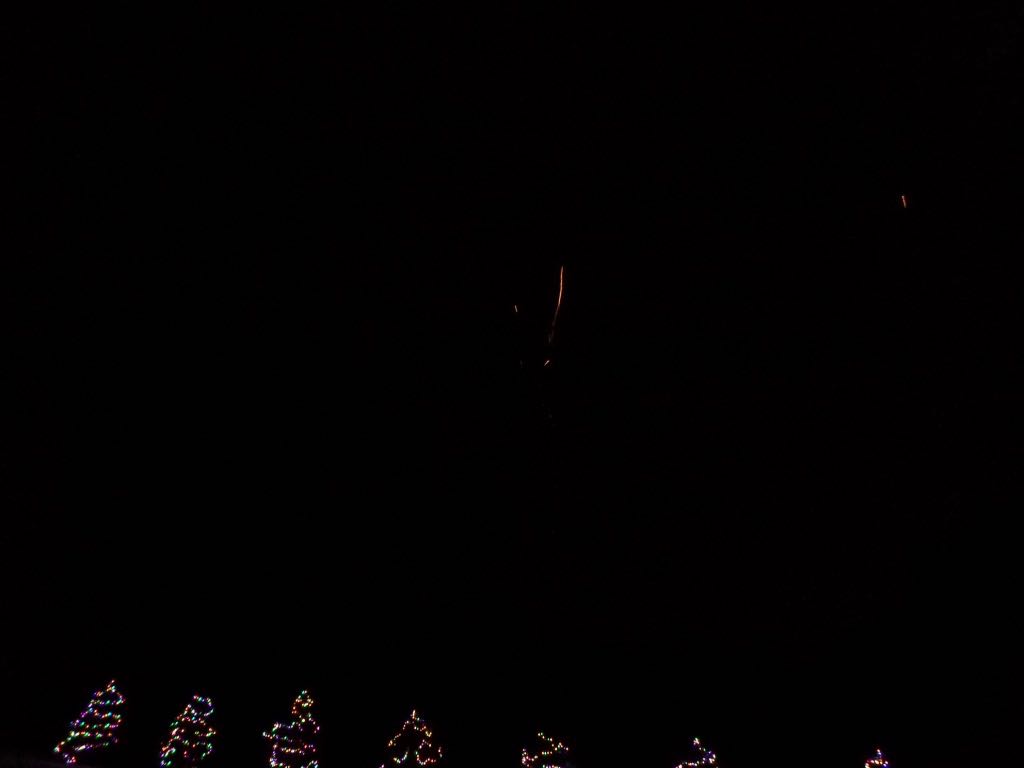 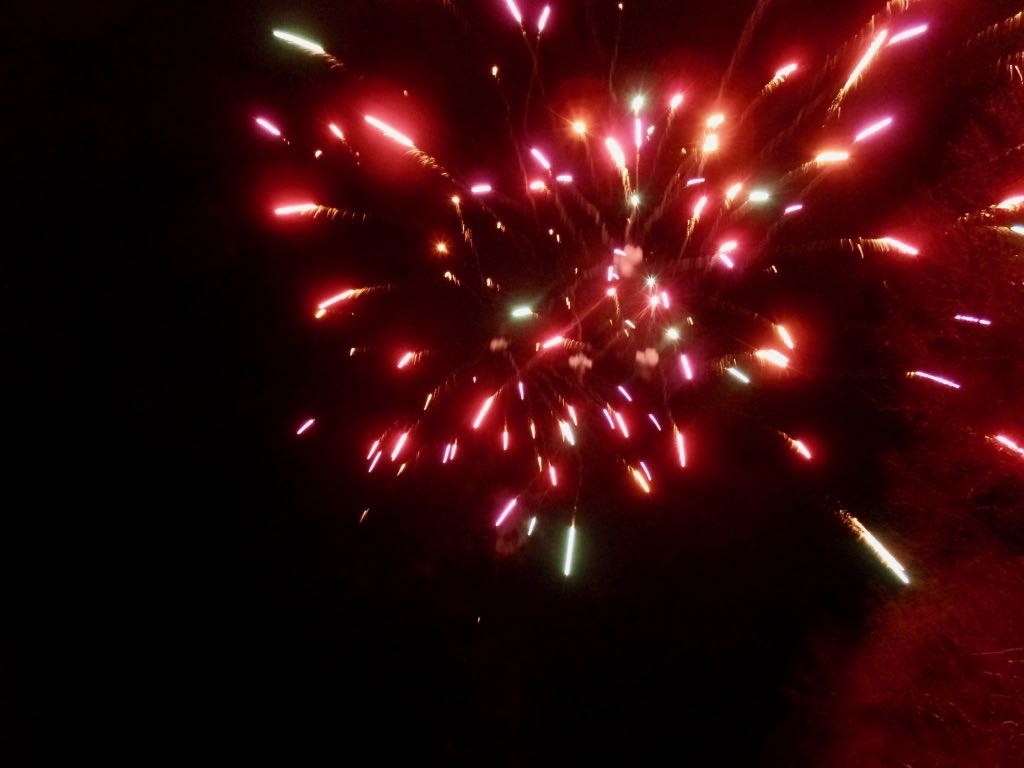 Hooray! Ah, a new year, full of promise and hope and boundless opportunity! 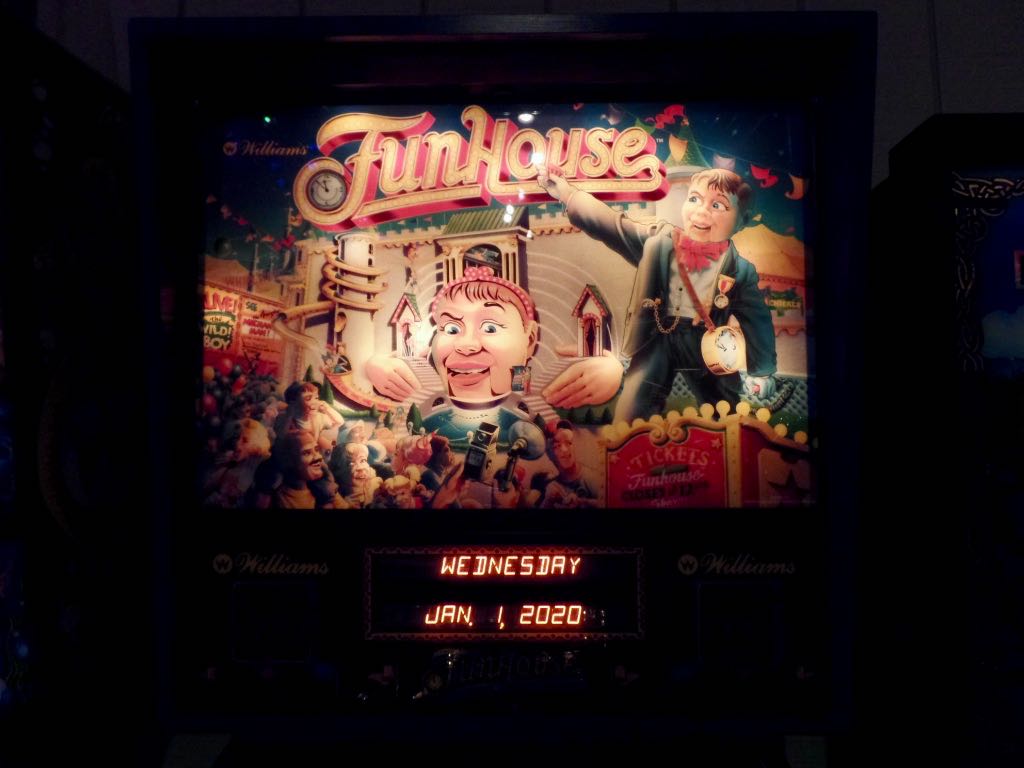 Trivia: A human running at top speed would exhaust all the adenosine triphosphate in their muscles in about two to four seconds. (Creatine phosphate is usable for about twenty seconds and after that fats and starches are relied on.) Source: Prime Mover: A Natural History of Muscle, Steven Vogel.

Currently Reading: Madame Blavatsky's Baboon: A History of the Mystics, Mediums, and Misfits Who Brought Spiritualism to America, Peter Washington. ``At the convention [ Charles Webster ] Leadbeater was accused of everything from ventriloquism to pederasty, which he allegedly used less for pleasure than for building up reserves of astral power.'' Feeling like I'd like some more words about the ventriloquism charge myself.