Rockin' around the Christmas tree, have a happy holiday

OK, so, a simple day here with more Christmas tree pictures and I hope that I've got that duplicate Andy Warhol Tree problem from yesterday fixed. 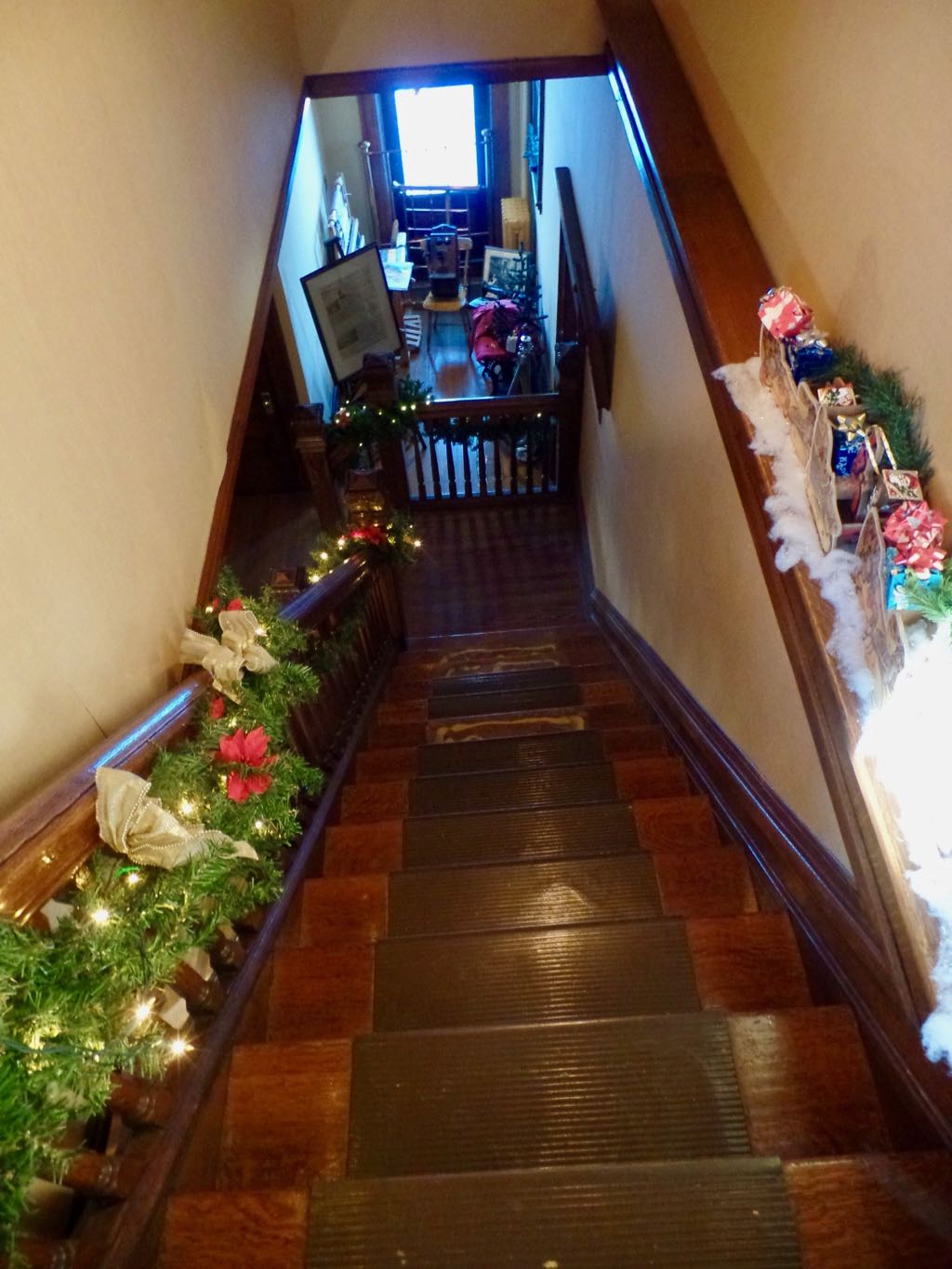 Looking down that decorated stairwell. 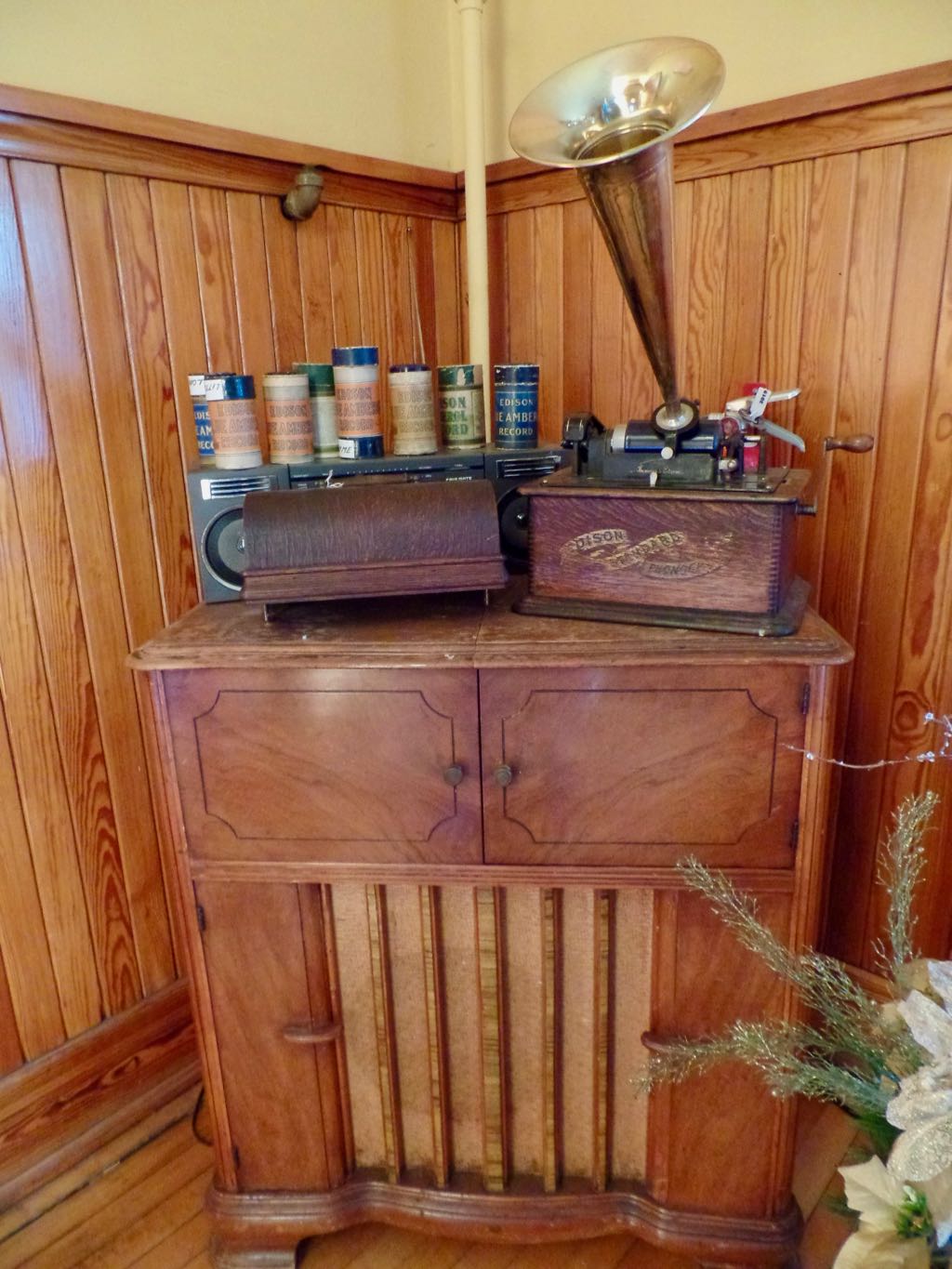 And here we're in the uppermost level and the ballroom and whatnot. Here's an Edison record player. 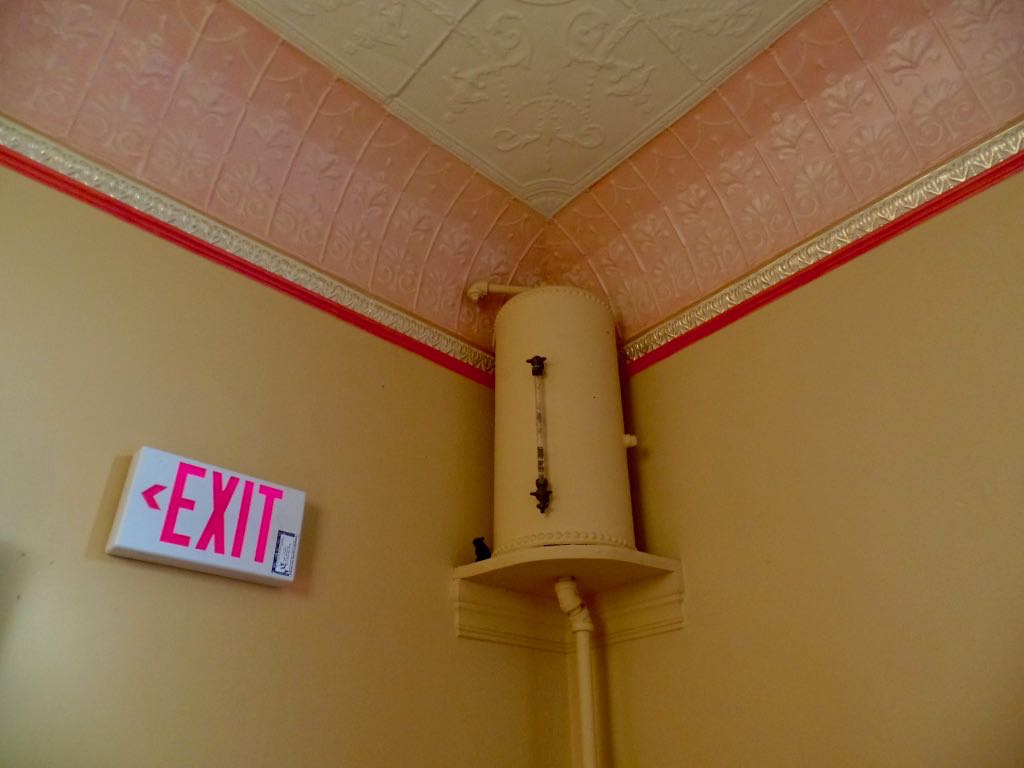 And in the upper corner of the ceiling? It's ... an industrial coffee percolator? I don't know. 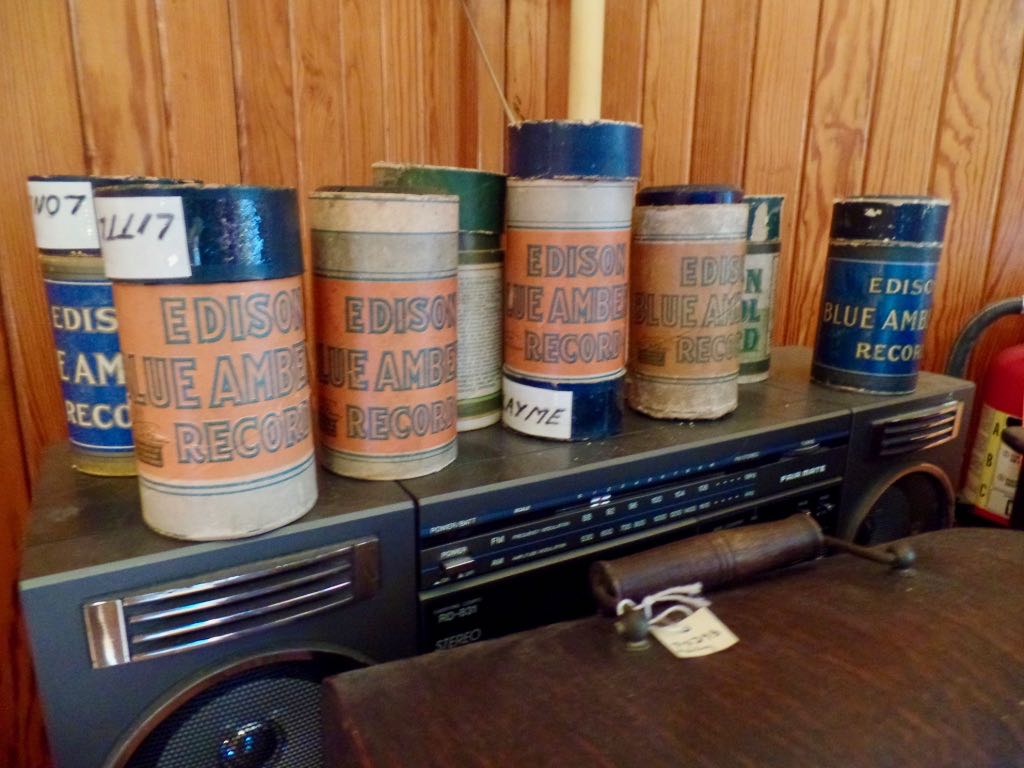 Look at that, though, just jars full of music. Also a boombox. 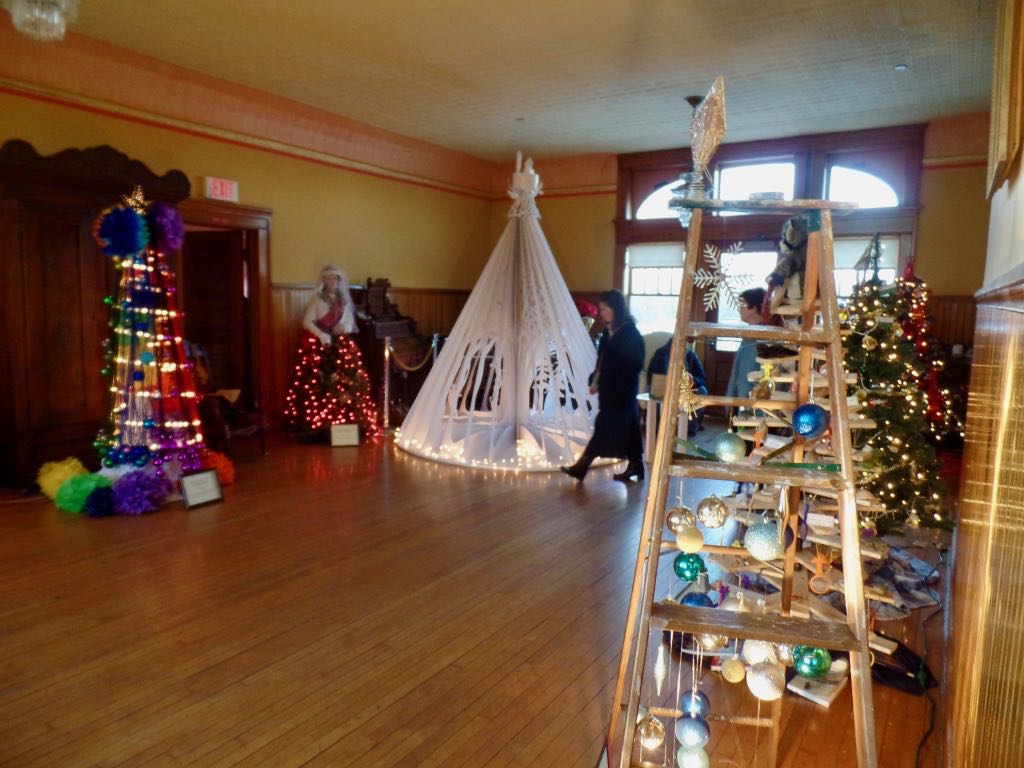 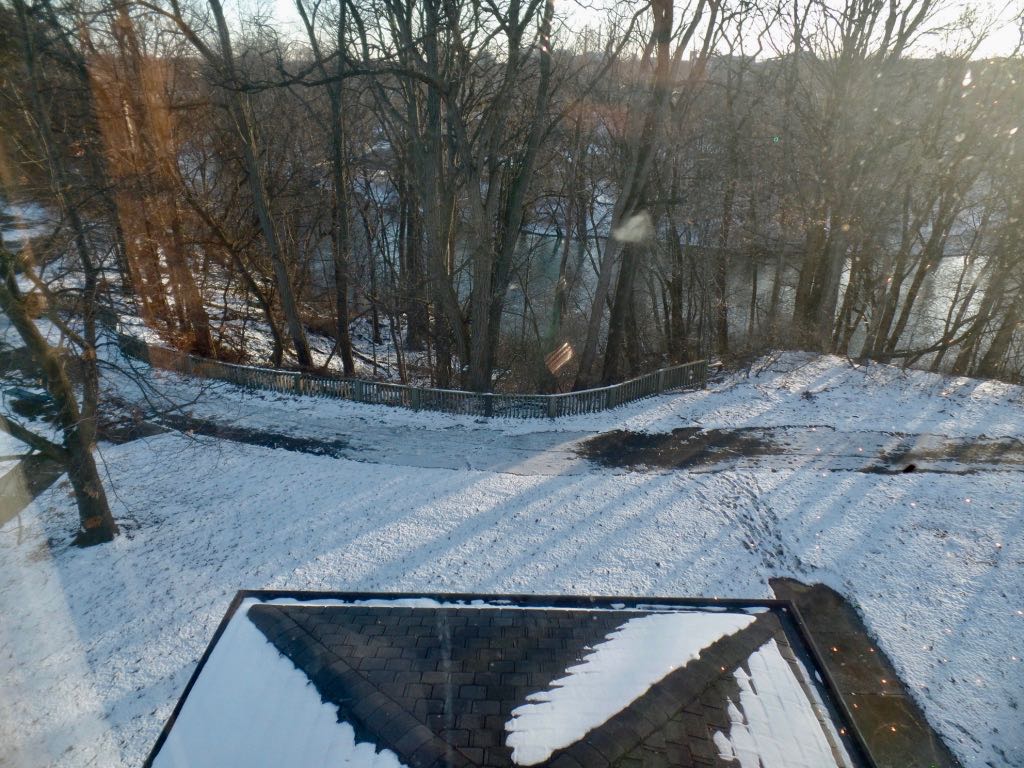 Looking out to the south, over the Grand River. (If you see a river in mid-Michigan it's probably the Grand River, which writhes all over the state like someone dropped their earbuds on the map.) 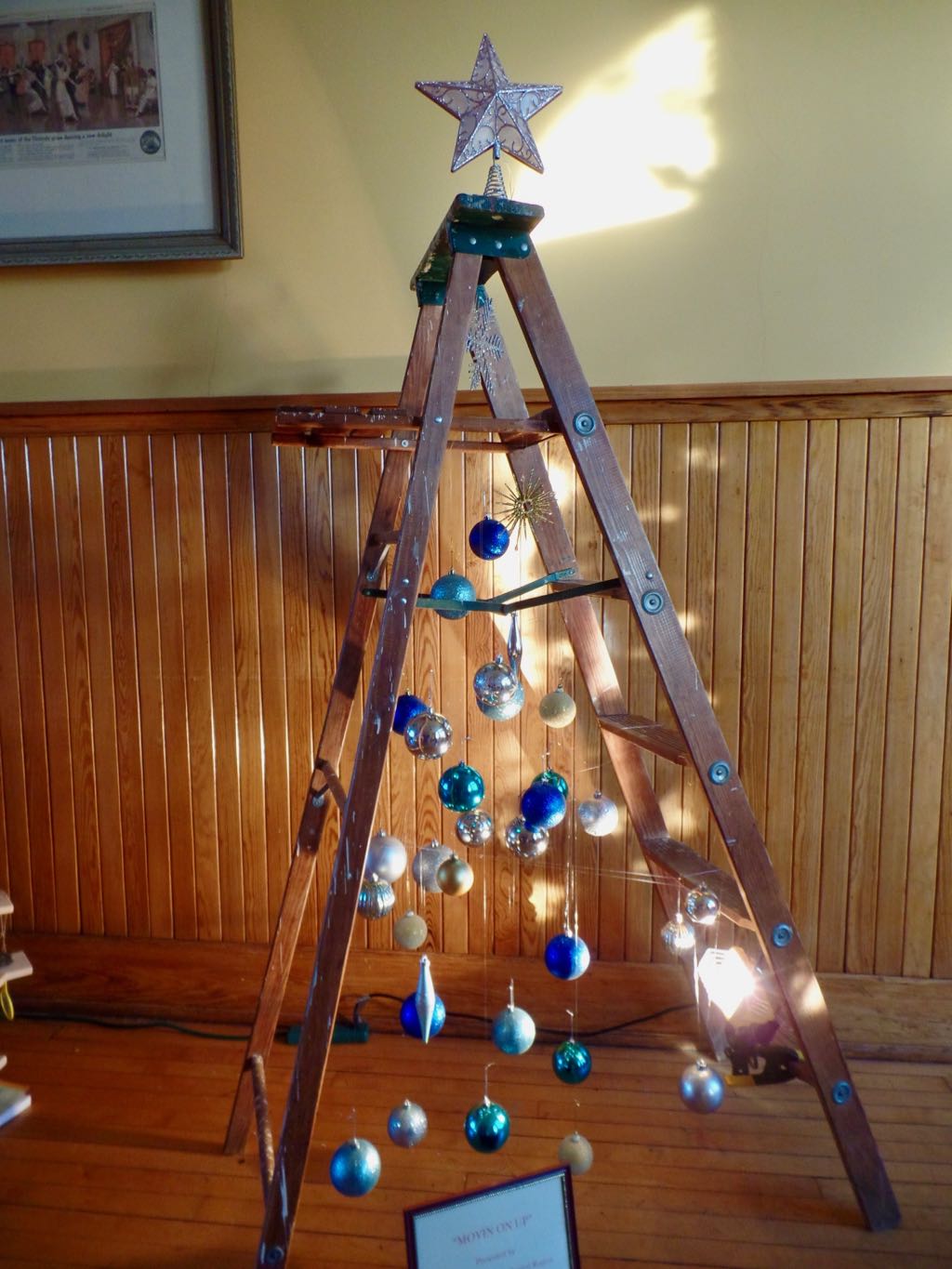 See what I mean about the high-concept trees? This one's titled ``Movin' On Up''. 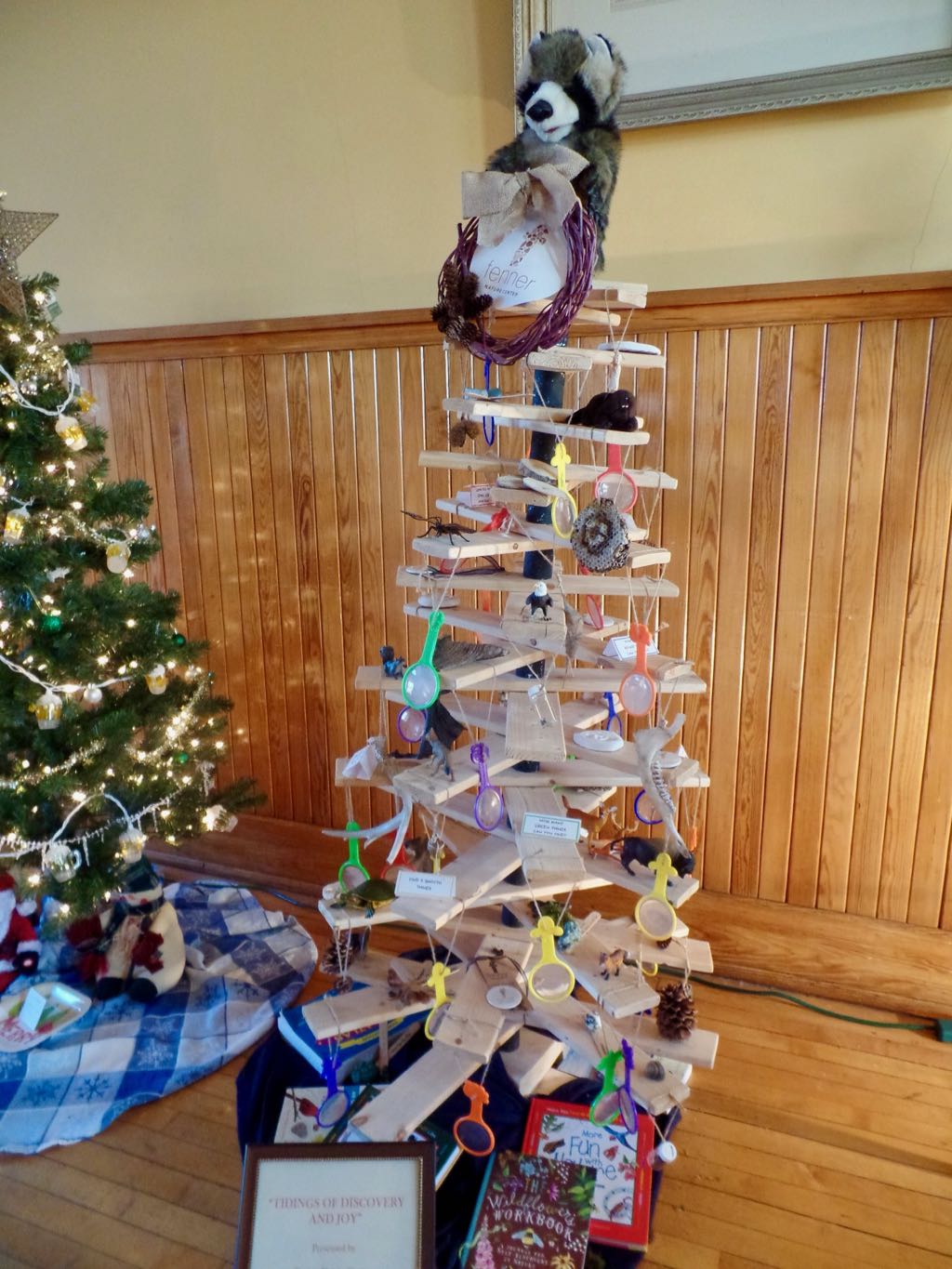 And here's the tree put up by the Fenner Nature Center, ``Tidings of Comfort and Joy''. 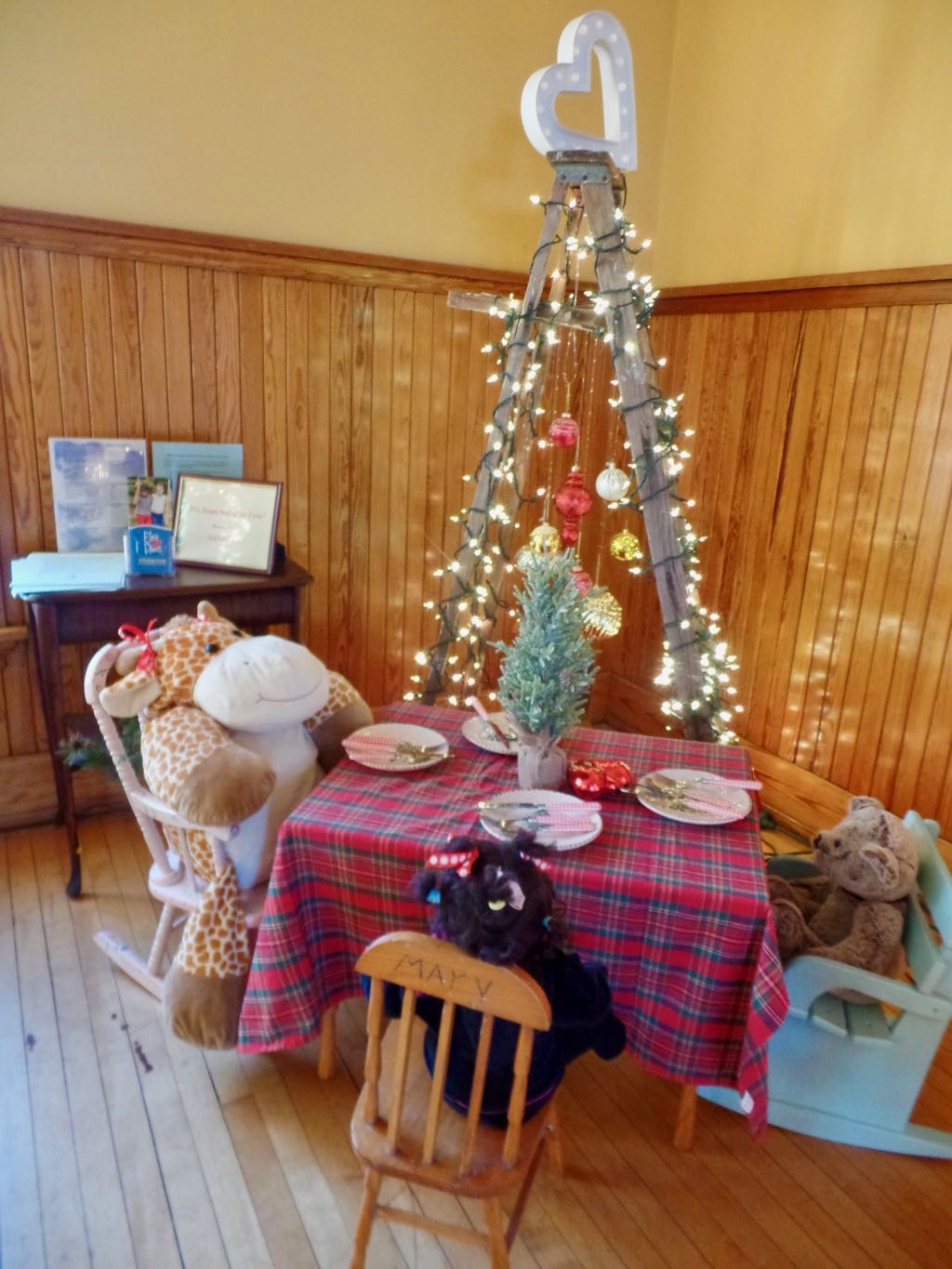 Stuffed animal dinner over by a different stepladder tree. 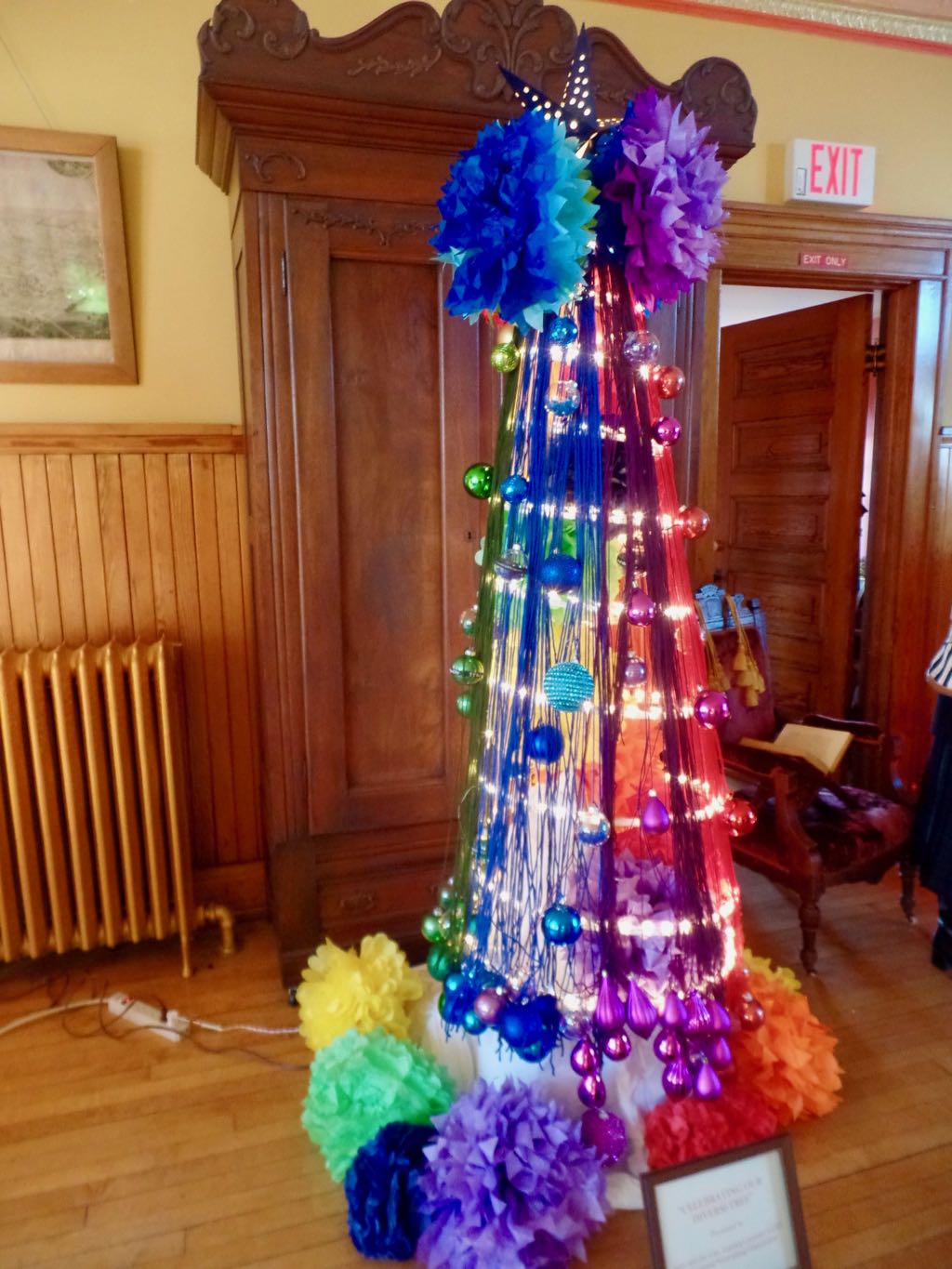 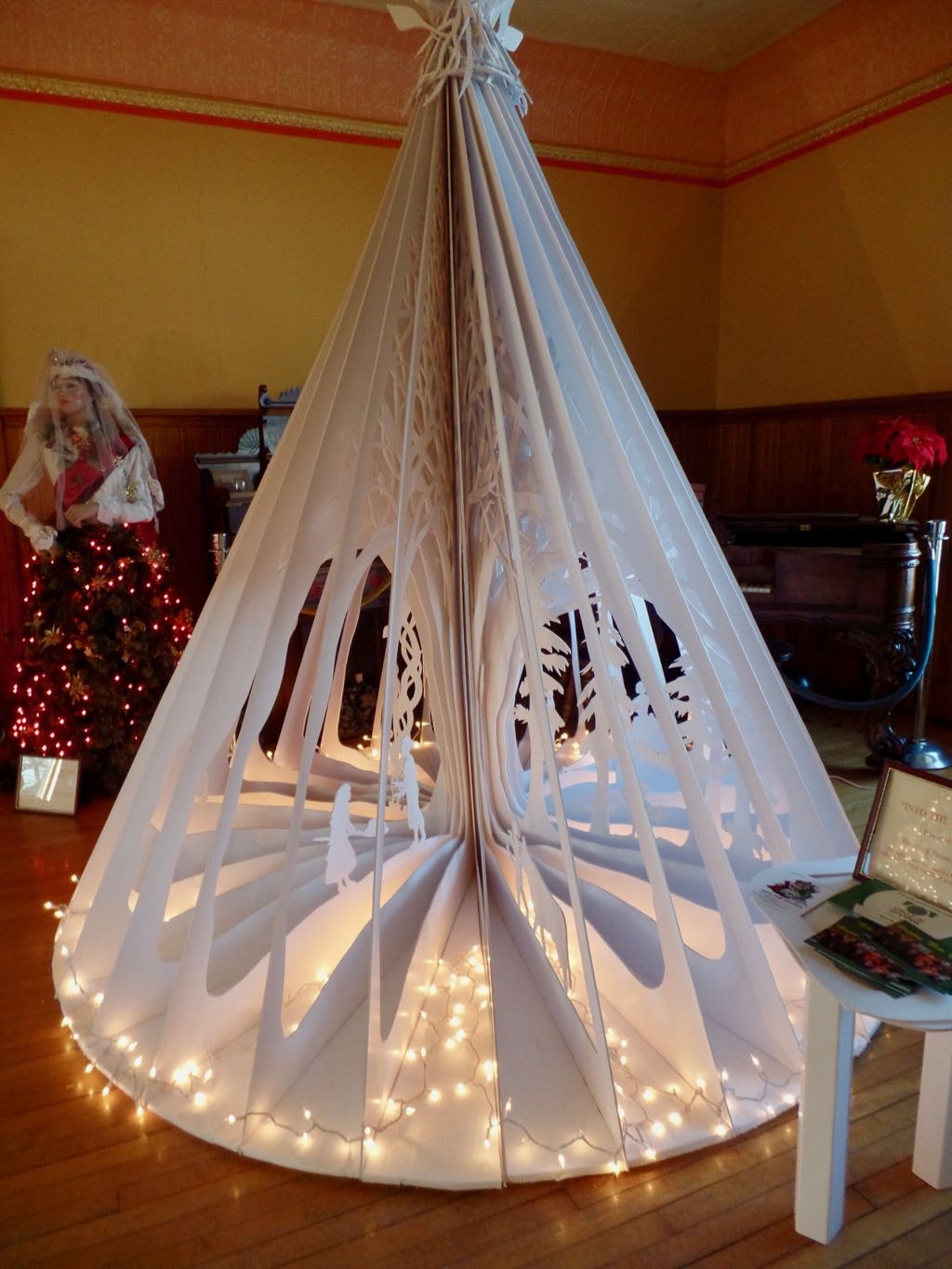 Striking paper-cut tree put together by the theater group scheduled to put on Into The Woods in early 2020. 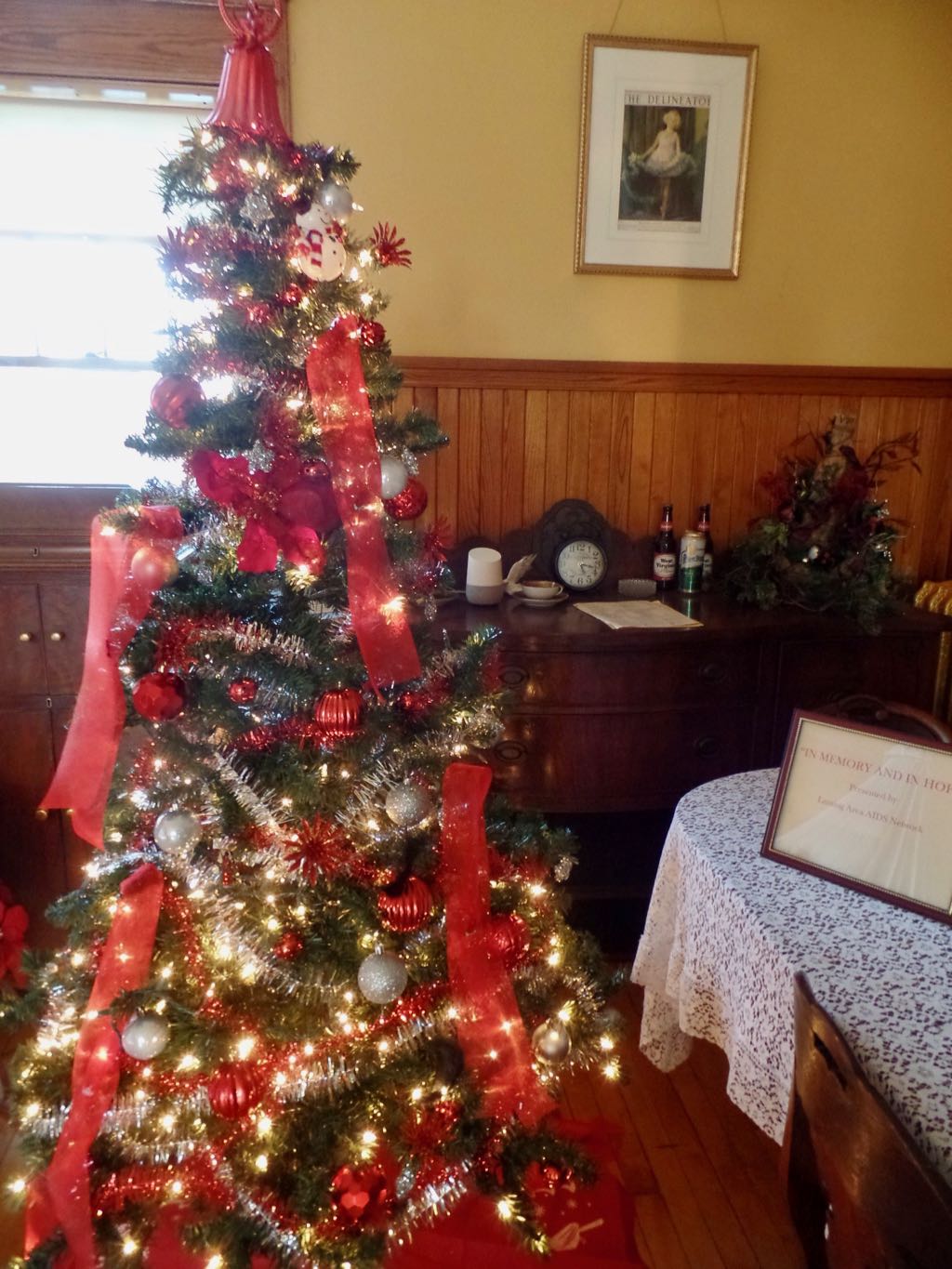 ``In Memory And In Hope'', put up by the Lansing Area AIDS Network.

Trivia: The 1929 lease by which John D Rockefeller Jr licensed the property on which Rockefeller Center would be built paid Columbia University $3.6 million per year for the land, but would be entitled to all the income produced by the land, which for 1928 was about $300,000, from some 228 buildings. Source: Great Fortune: The Epic of Rockefeller Center, Daniel Okrent.