Everyone dancing merrily in the new old-fashioned way

My mathematics blog is wending its way slowly back to normal. What's run there recently?

A cartoon for you, from 60s Popeye: Spinach Shortage and so is Brutus just a food tycoon this cartoon? It's not actually clear but I think if you're a kid you have no trouble understanding the goings-on.

And now? Let's close out the Festival of Trees or whatever exactly it was called at the Turner-Dodge House. New Year's Day, 2020. 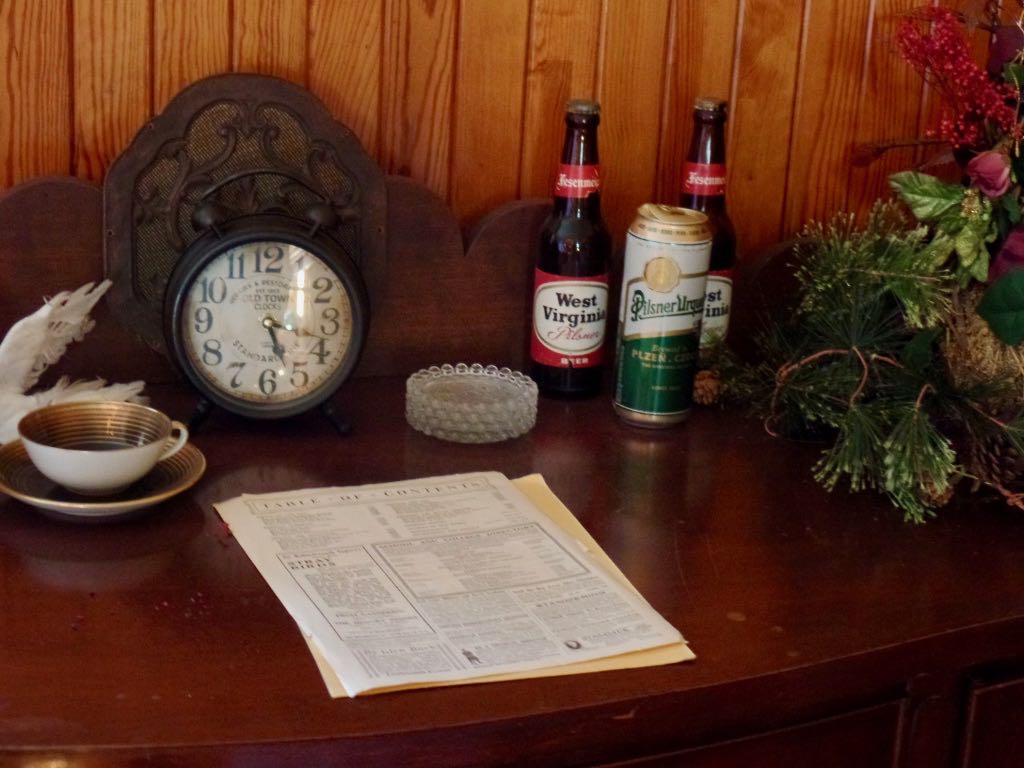 Some vinage decoration and entertainment pieces, including the Table of Contents for I'm not sure but I think it may have been an old city directory. A reprint, I assume, considering how fresh the pages look. 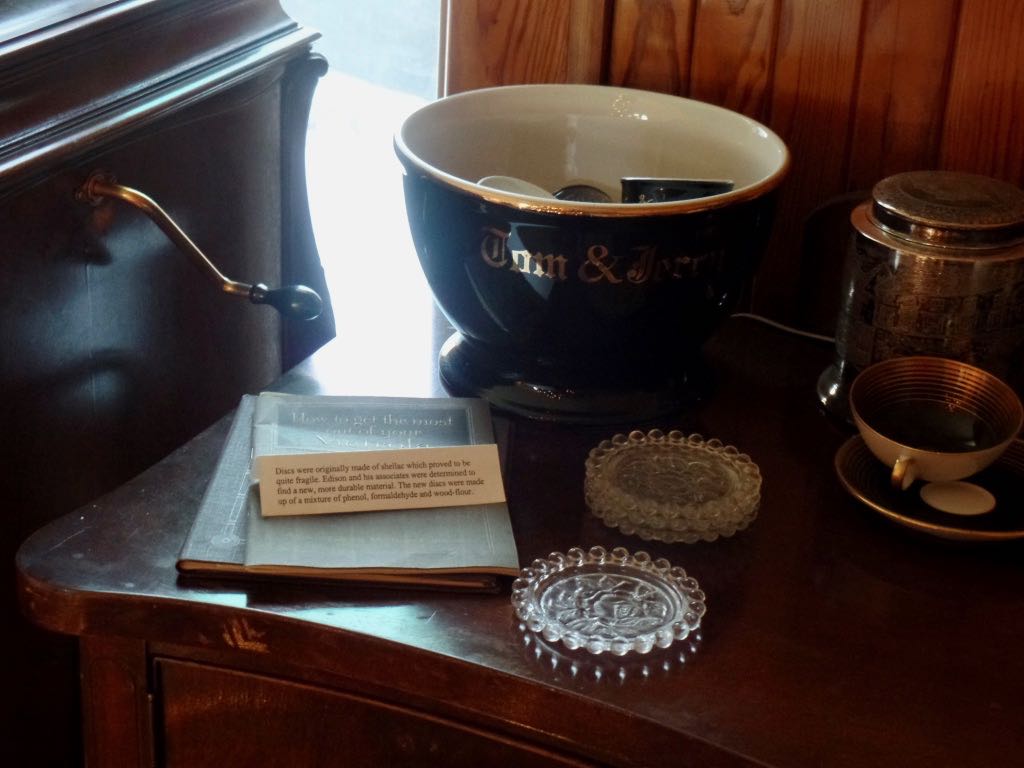 They had some 78s also, and explain the shellac records. 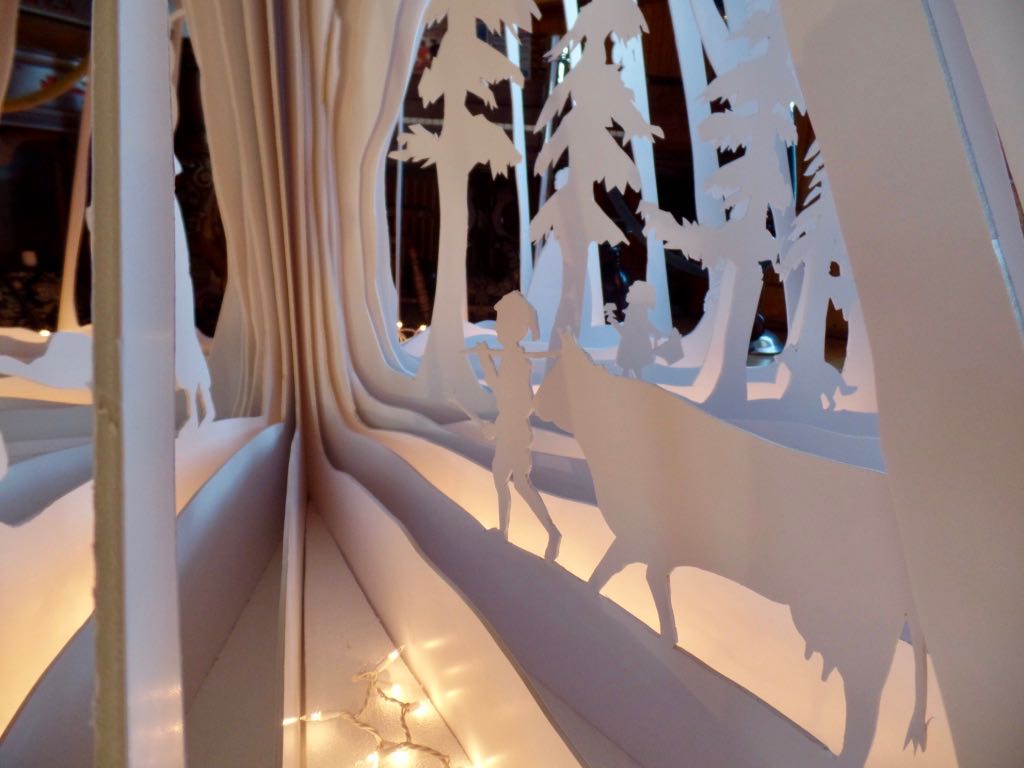 Close-up look at the Into The Woods tree cutouts. 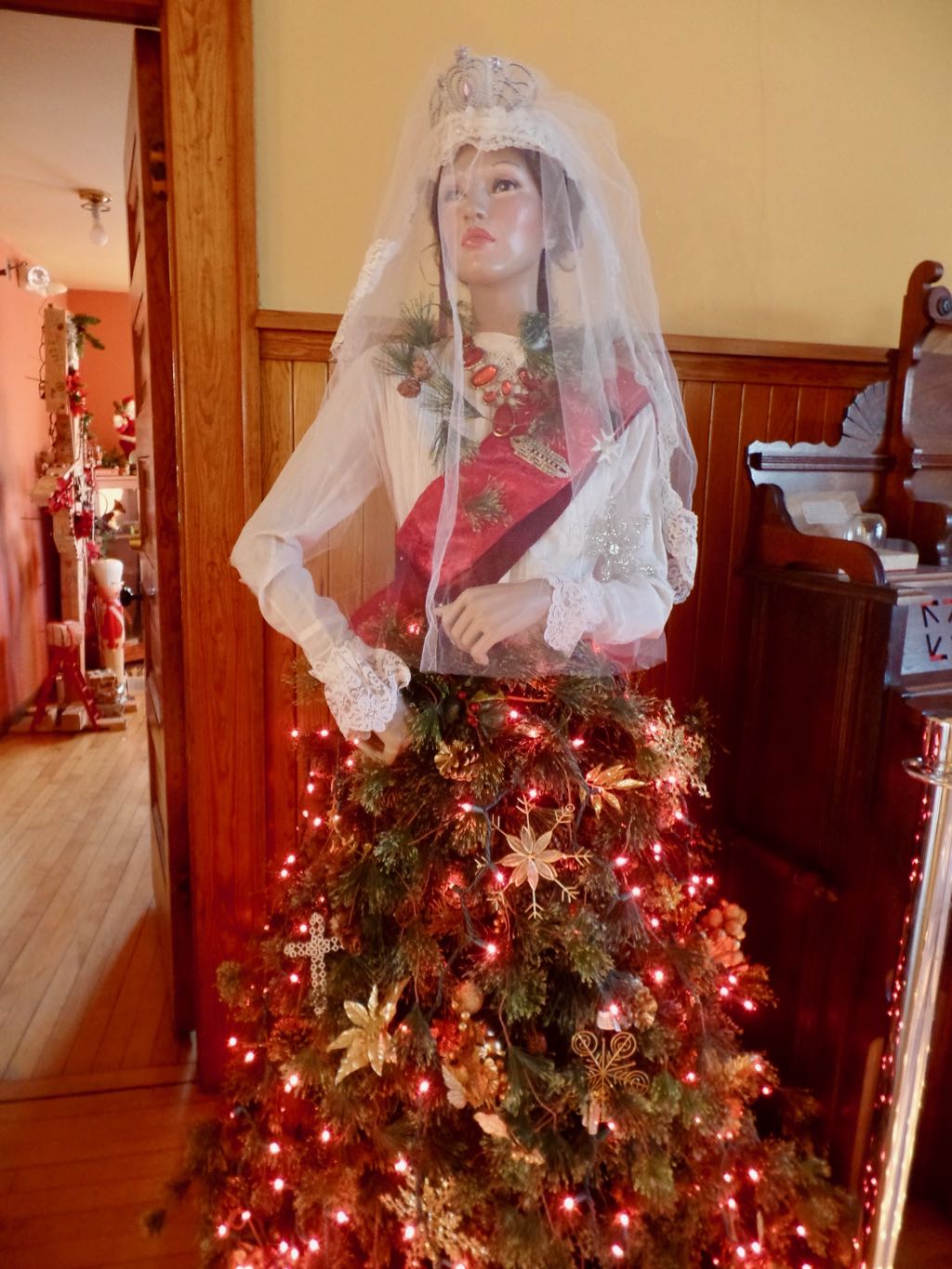 Not sure but we're maybe facing a Christmas dryad here? 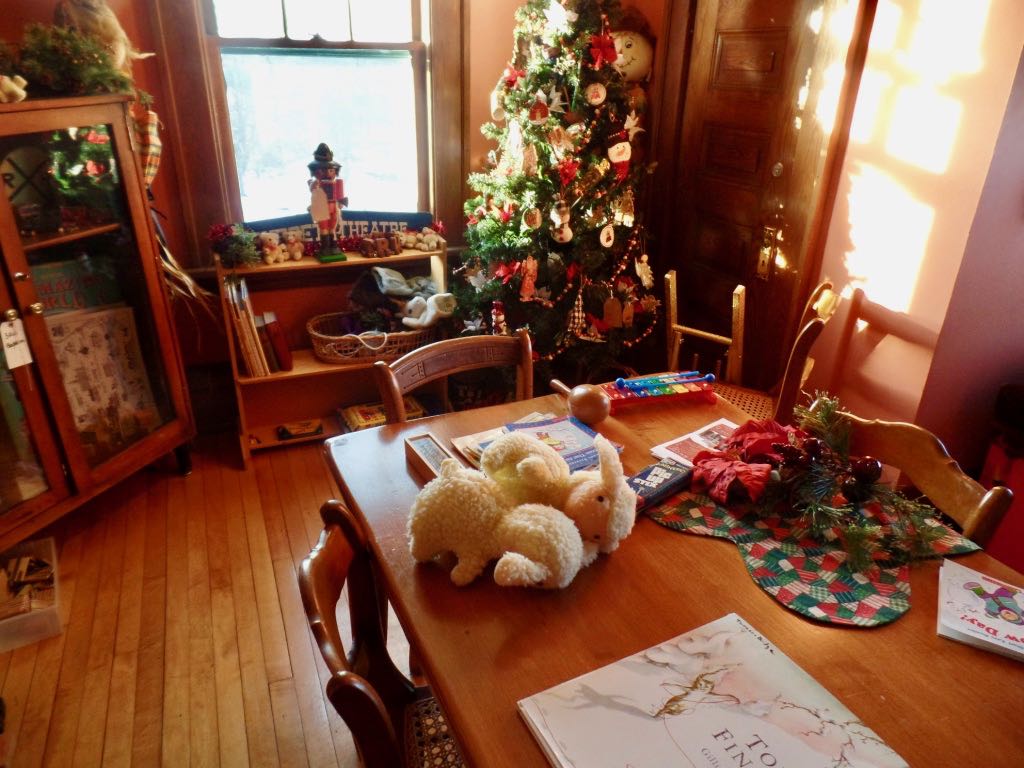 The children's playroom that's off the top-floor ballroom. It too had a nice set of decorations and I think it had some construction paper and crayons for kids to draw. 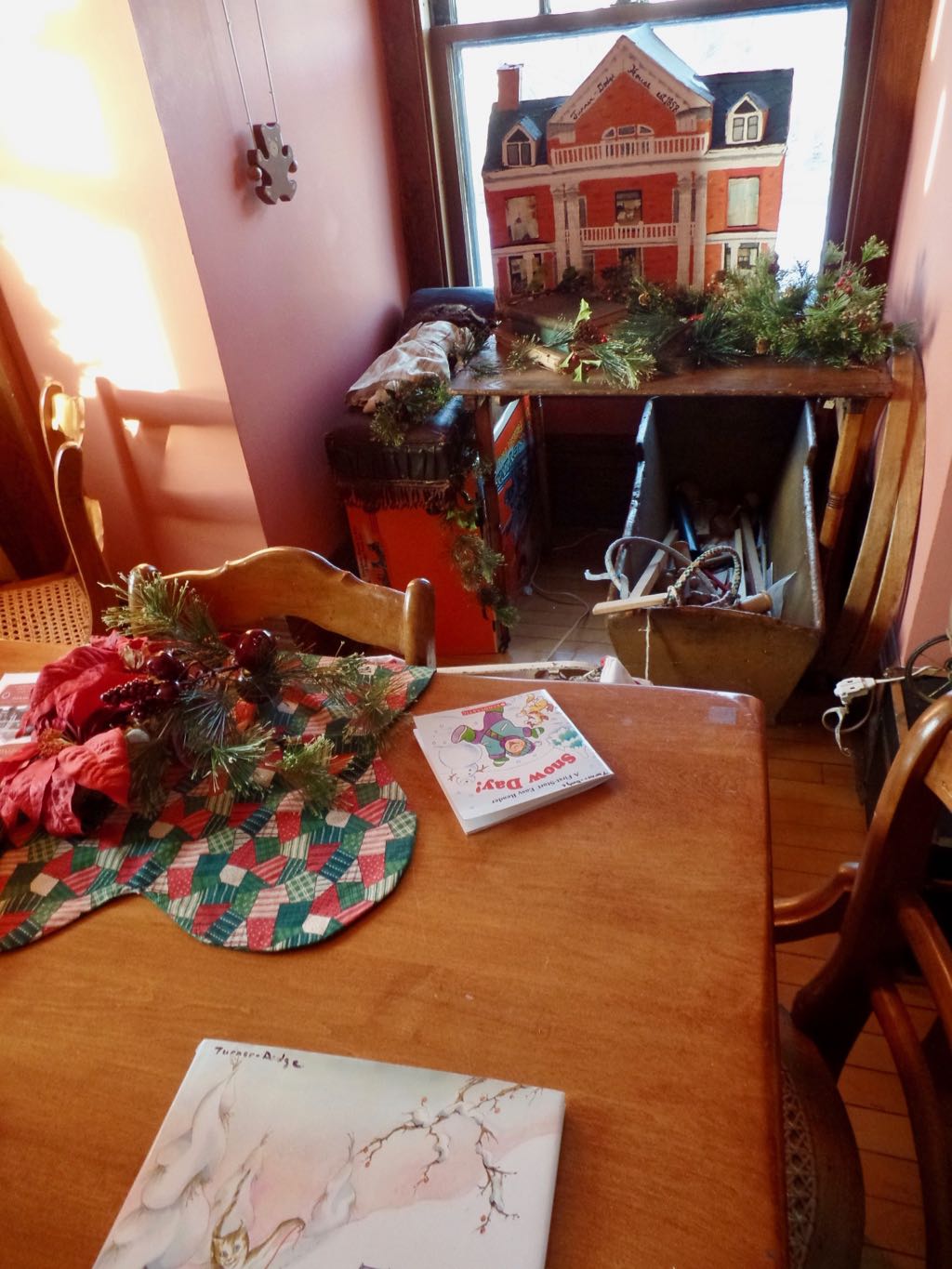 As you can see part of the playroom decorations was a dollhouse of the Turner-Dodge House, so its' a big ol' recursive pile of activity. 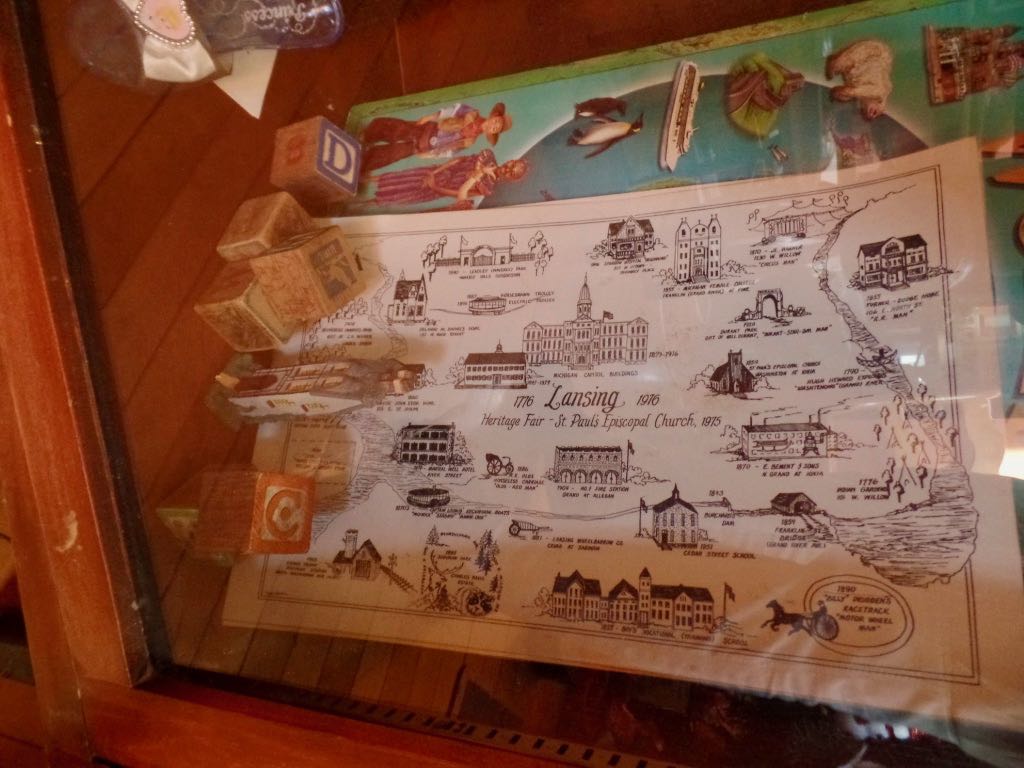 A US Bicentennial map/poster of Lansing, with various sites many of which haven't yet been torn down and turned into parking lots. 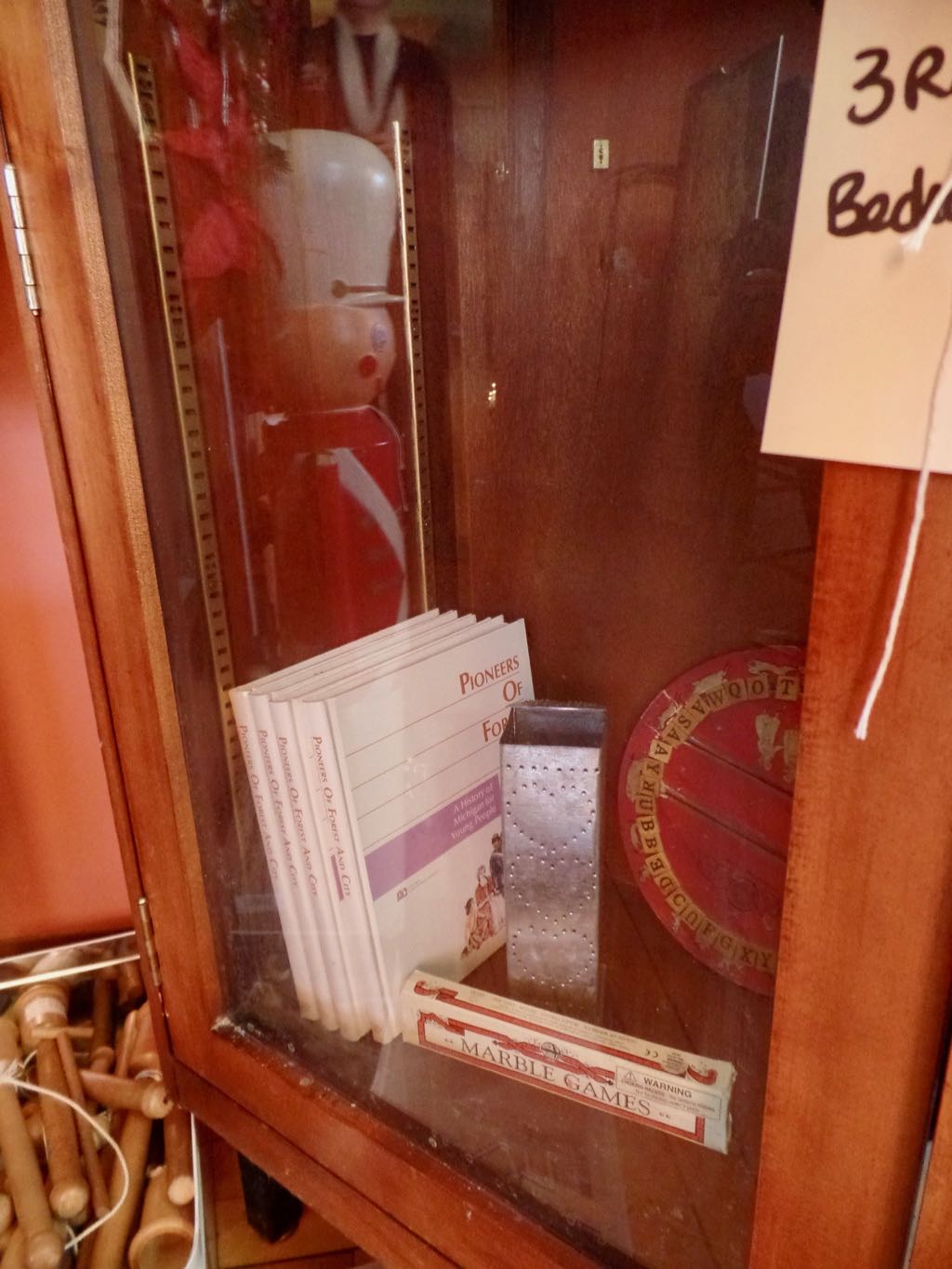 Cabinet with several copies of Pioneers of Forest and City: A History of Michigan for Young People. 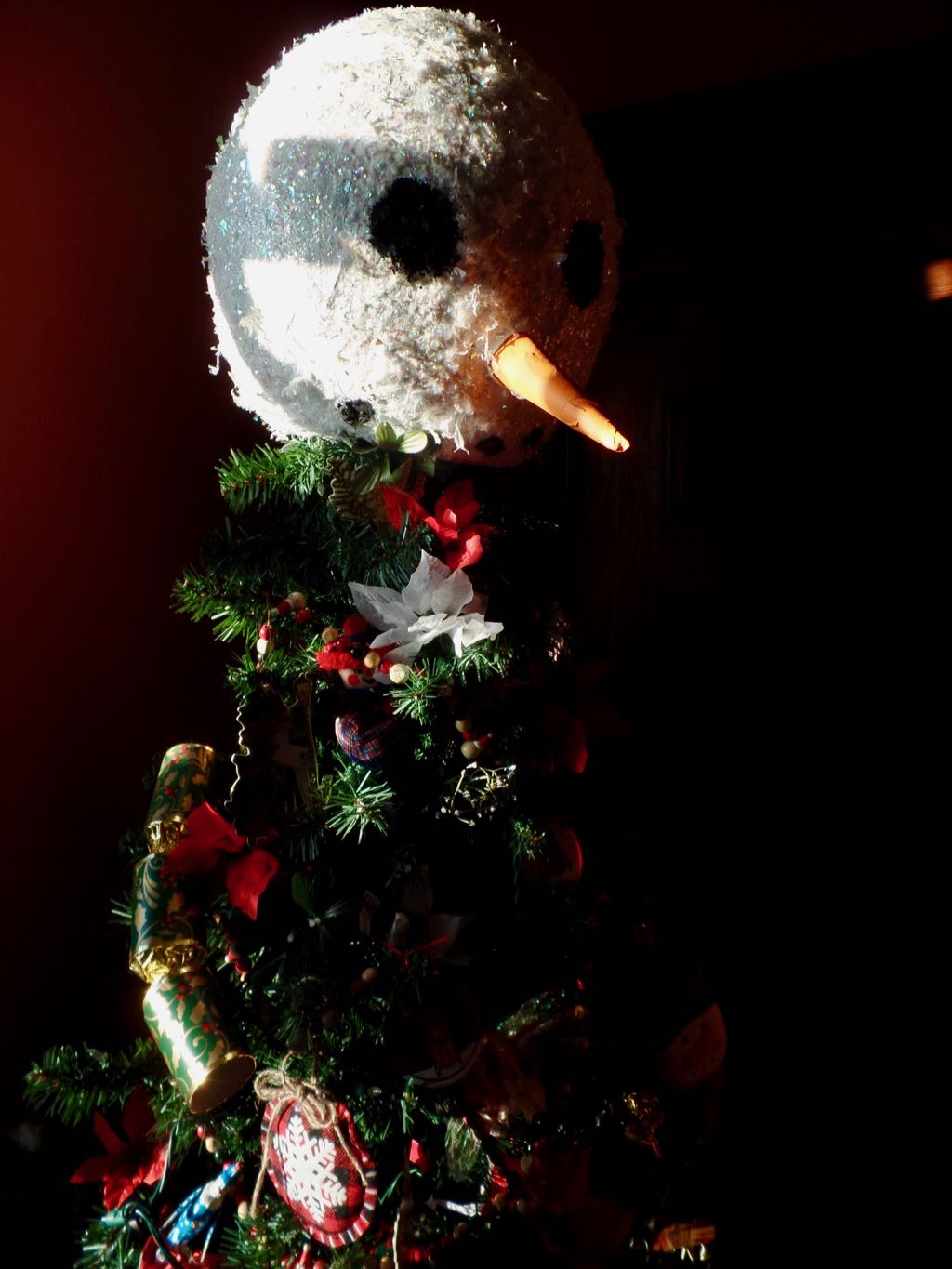 A snowman Christmas tree ready for your album cover or just to haunt your nightmares or maybe to pass snarky judgement on your Animal Crossing New Horizons island. 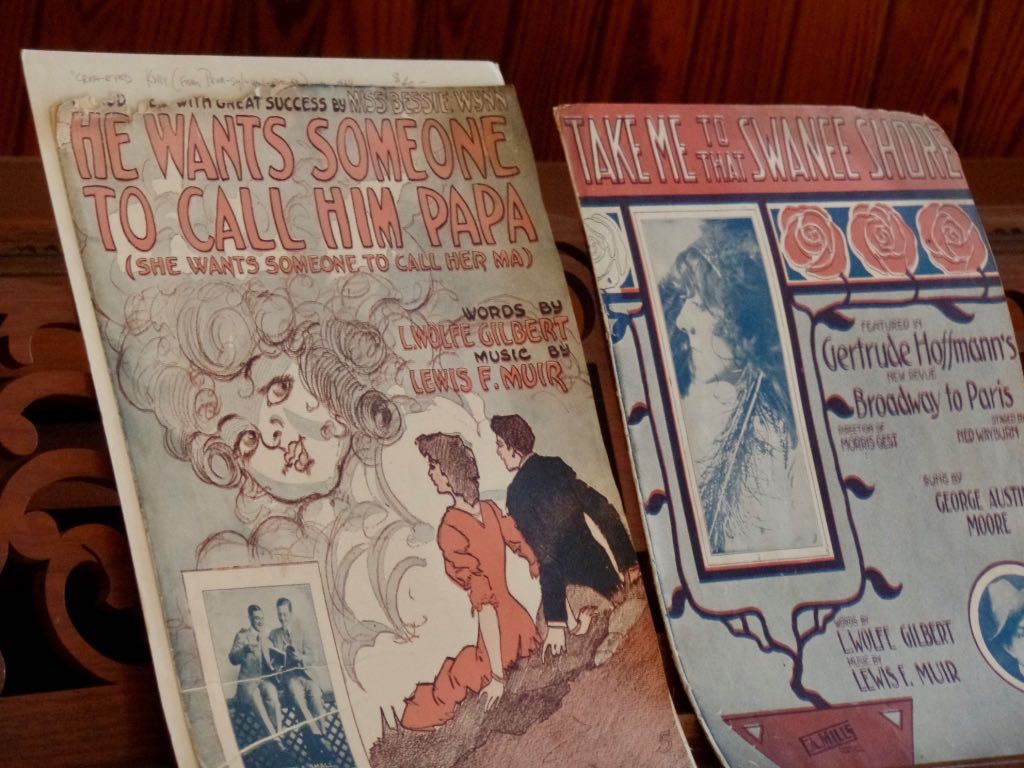 Sheet music on the ballrom's pianos. 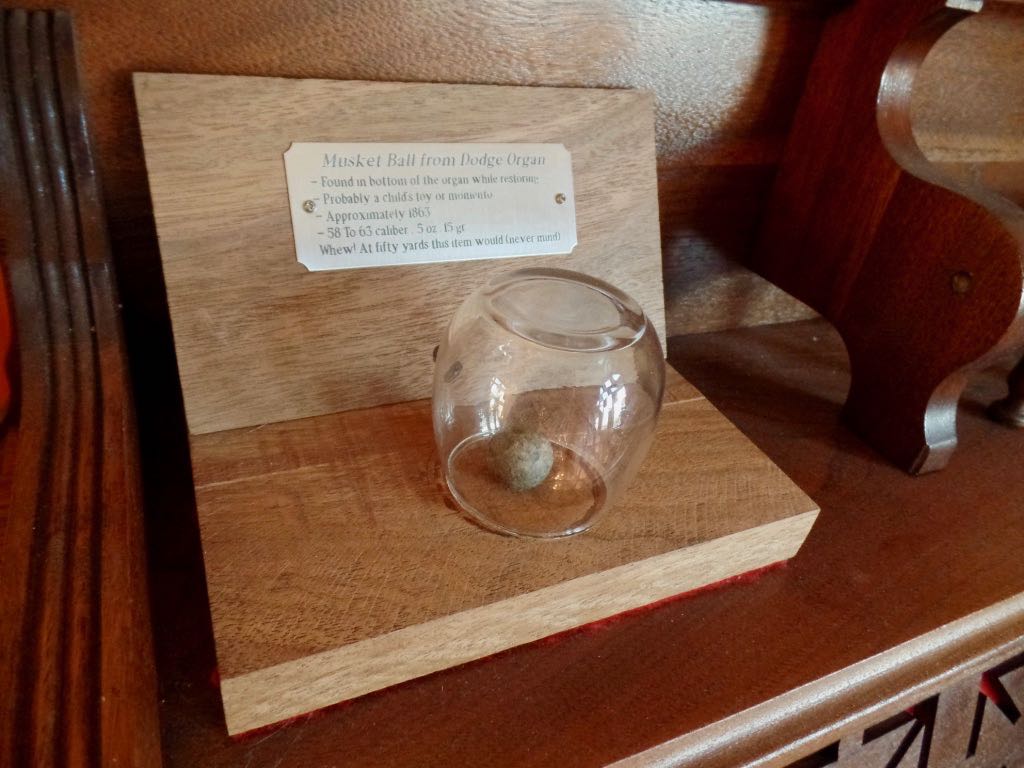 And here's a bit of curious history, a circa 1863 musket ball found in the house's organ. They guess it was a toy or momento. 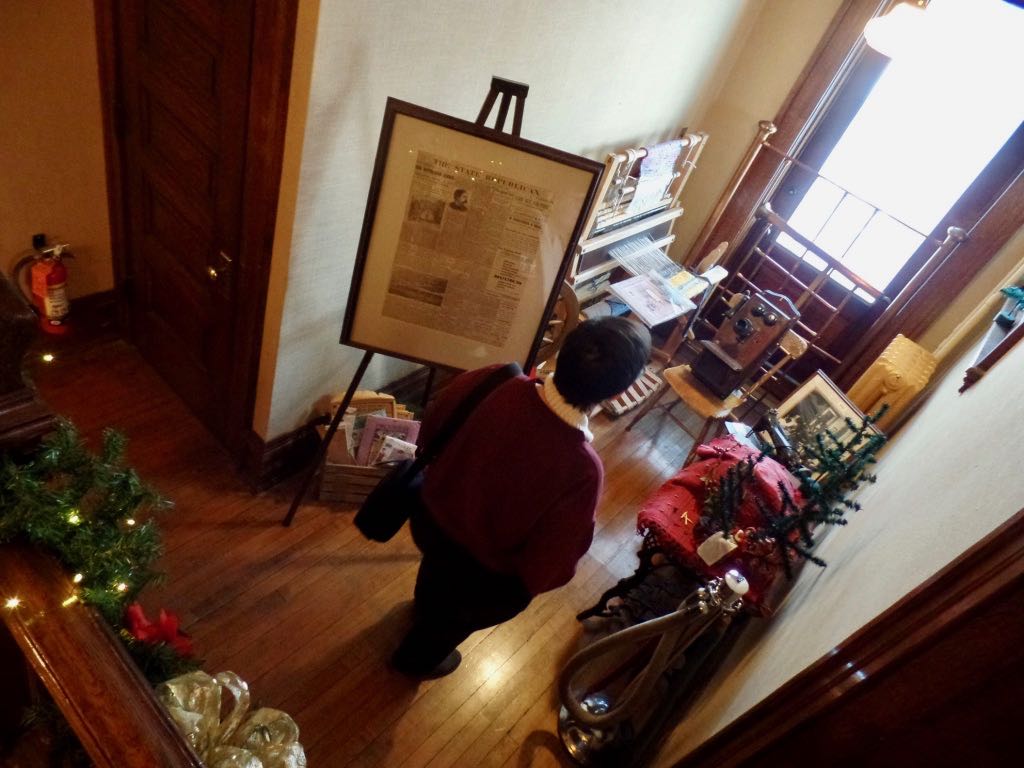 Walking back downstairs. We were of course drawn to the antique phone sitting in time-out here. 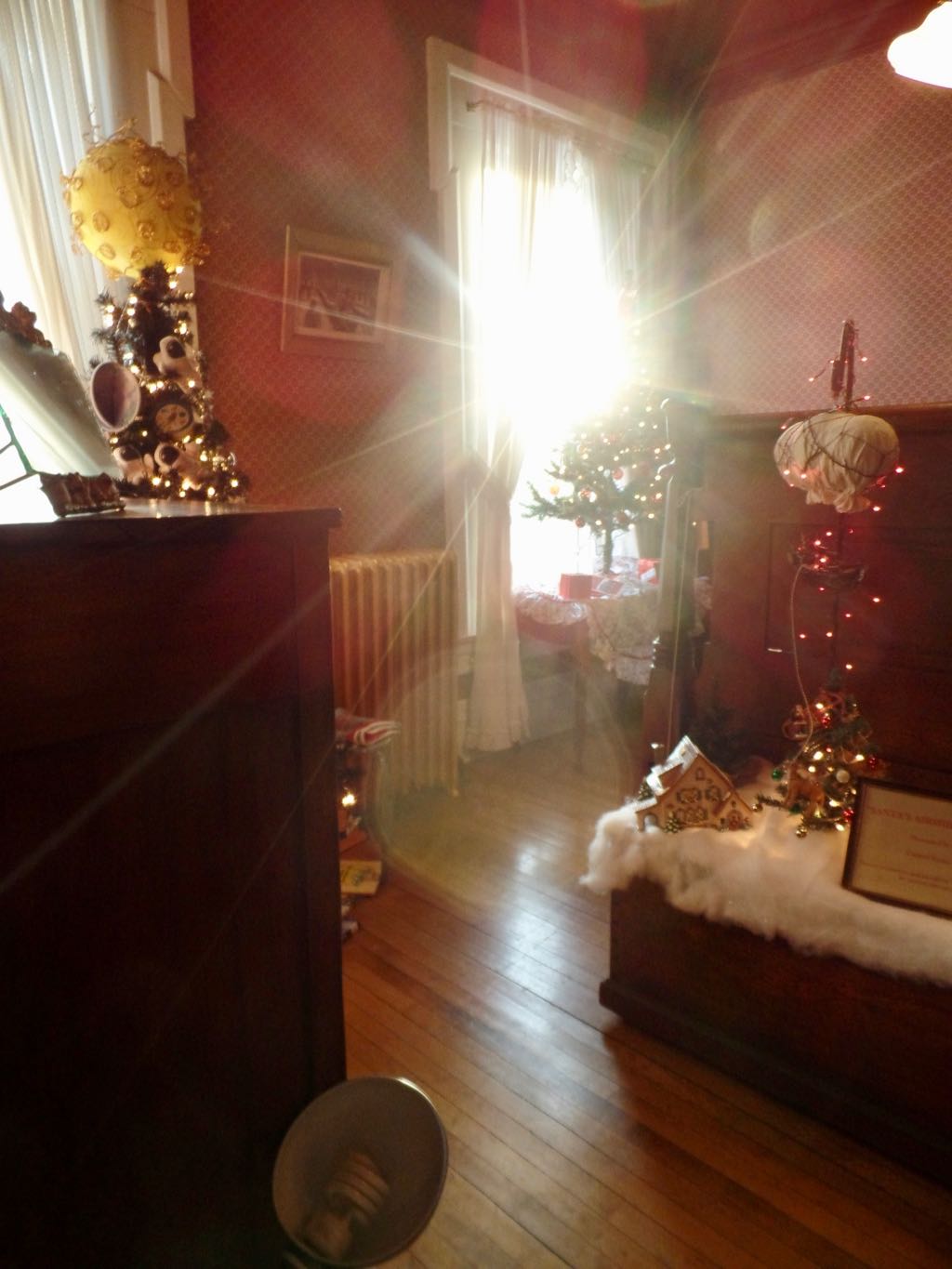 Catching the evening sun through a window. That topper of the tree on the left? Nobody would have seen that and thought ``Covid-19''. That's how long ago the start of 2020 was. 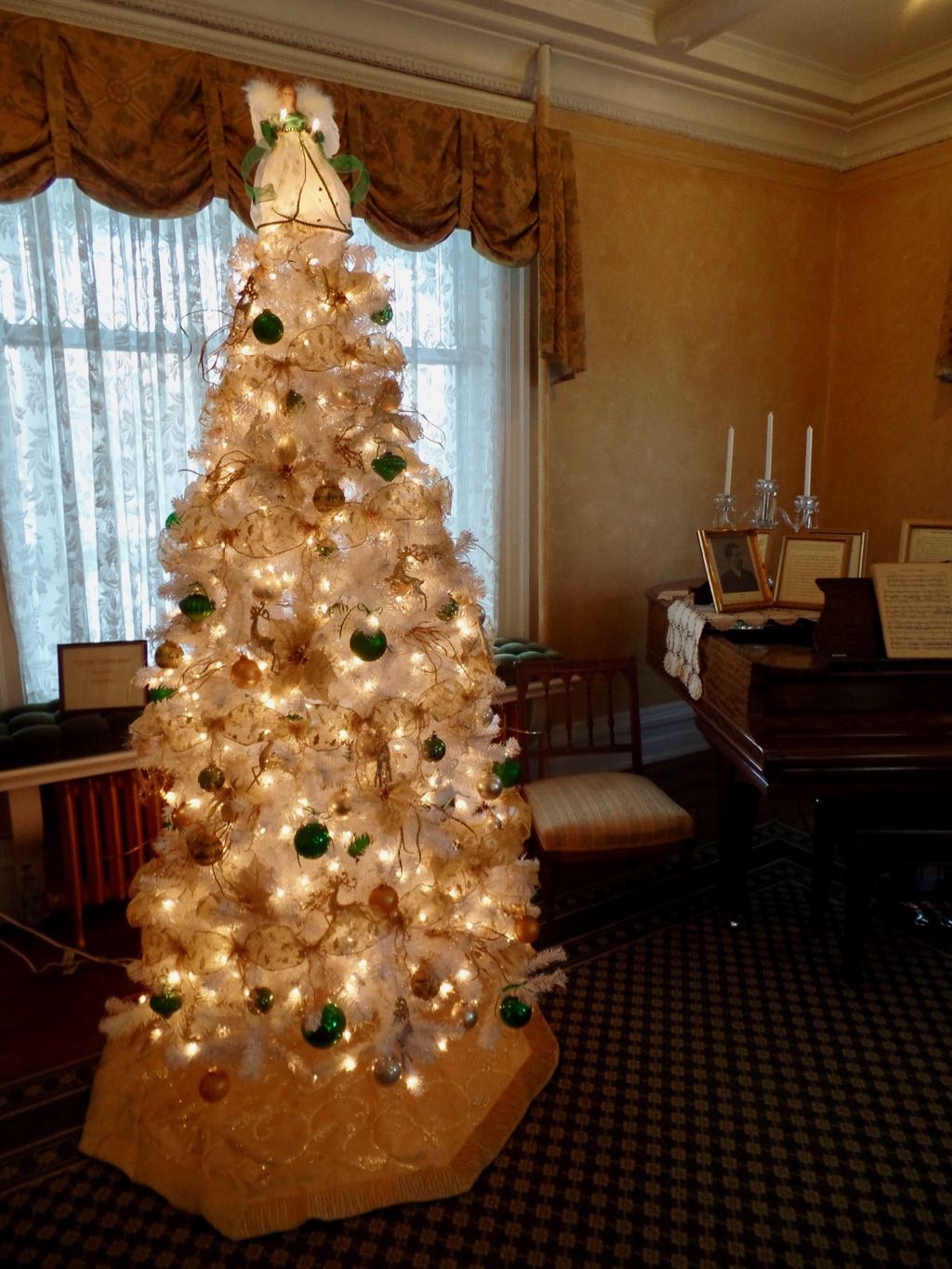 A nice traditional tree in the living room. 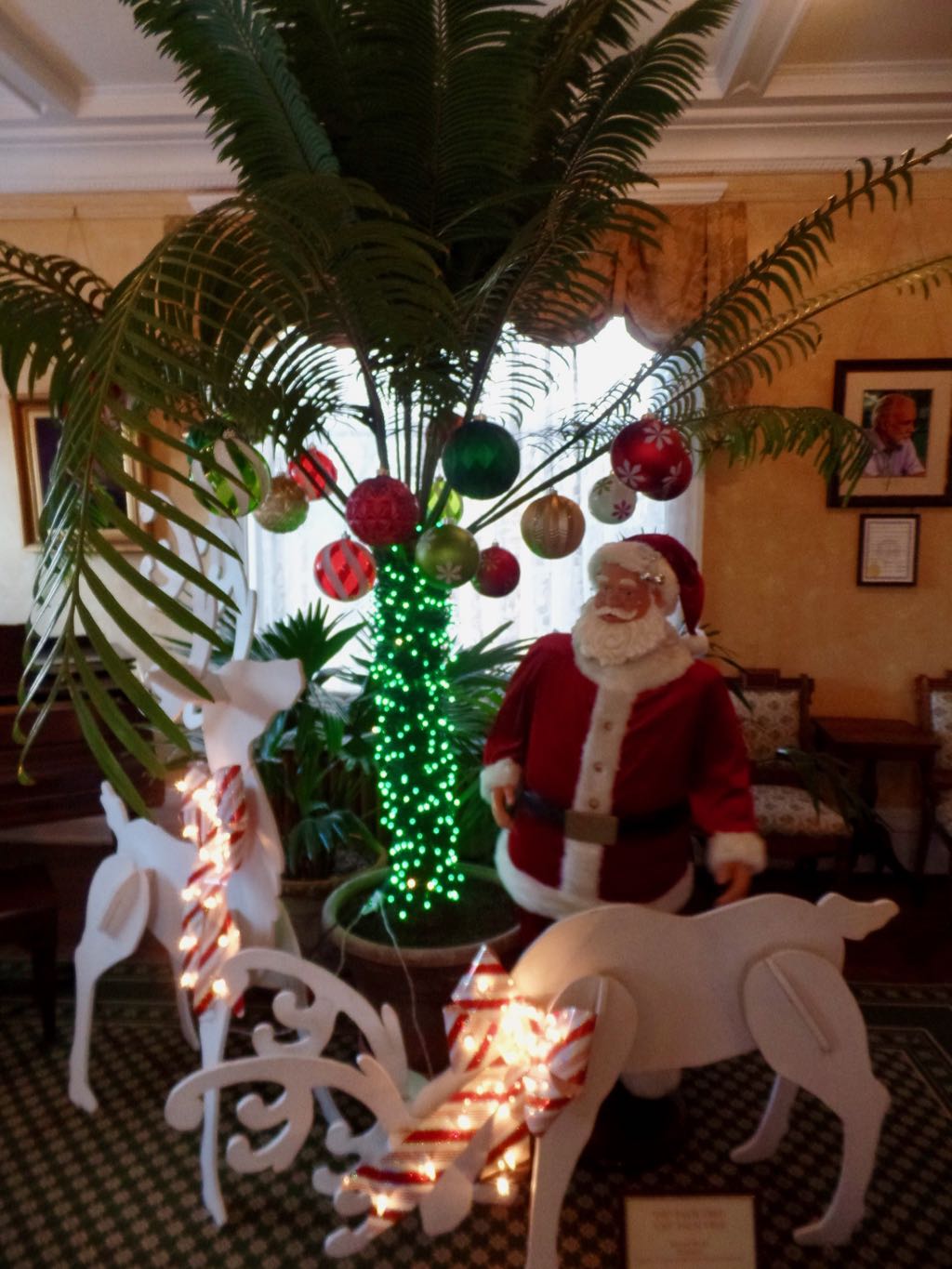 Some deer and a Santa animatronic bought when a department store was going out of business and put to use at the Turner-Dodge House. 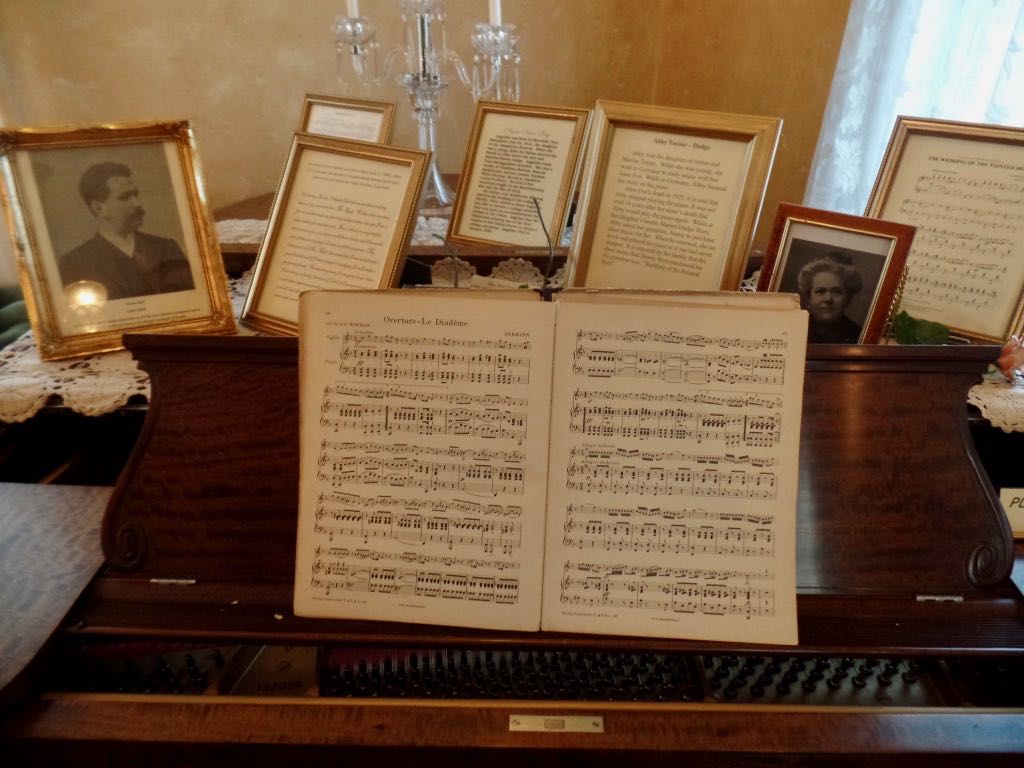 Some more sheet music, here Le Diadéme of (blurry). And some pictures of the Turners and the Dodges and the Turner-Dodges and all.

Trivia: Samuel Langley's early research into aeronautics found that the drag on his aircraft actually decreased as the wind speed increased, a happy phenomenon that aeronautical publicist James Means dubbed ``Langley's Law''. This was the result of Langley researching wind speeds under 50 miles per hour, where the drag induced by the lifting action of the wing did decrease. Above about 50 mph, the drag from the air's resistance to passing through it increases considerably. Source: Taking Flight: Inventing the Aerial Age from Antiquity through the First World War, Richard P Hallion.