After a while, crocodile

Have I just given up on my mathematics blog? No, but I can see where you might make that mistake. I've only had one thing published there each of the last couple weeks, so, here's a couple weeks' worth of writing from it for you to review:

And now? Close out the visit to the Cypress Gardens, with more walking along the trail that loops around the main lake and that brings us to what's surely prime letterboxing territory, if we'd gone and tried to letterbox ... 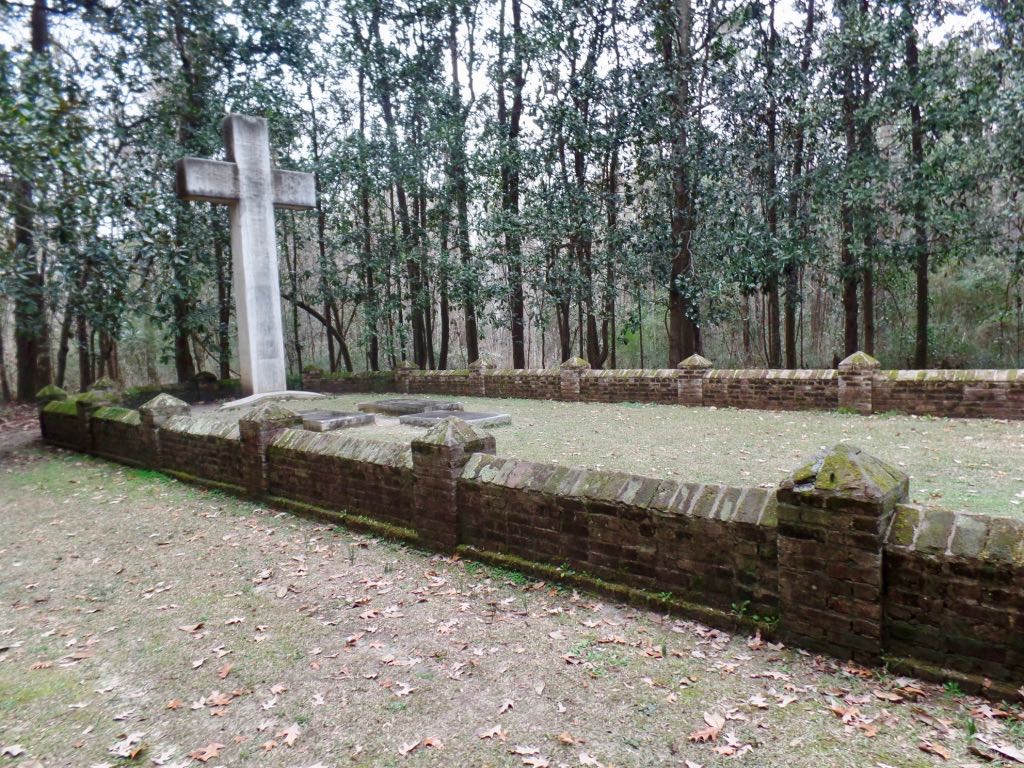 A small burial ground for members of the Kittredge family, last private owners of the gardens. 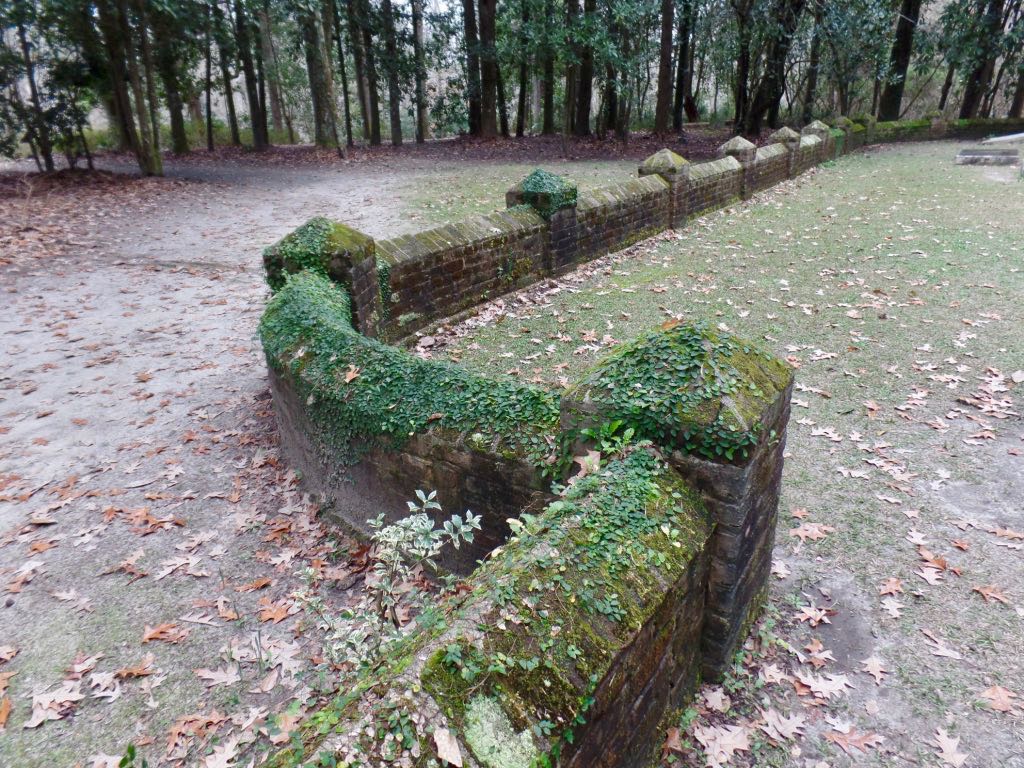 The dividing wall between the burial grounds and the rest of the gardens. 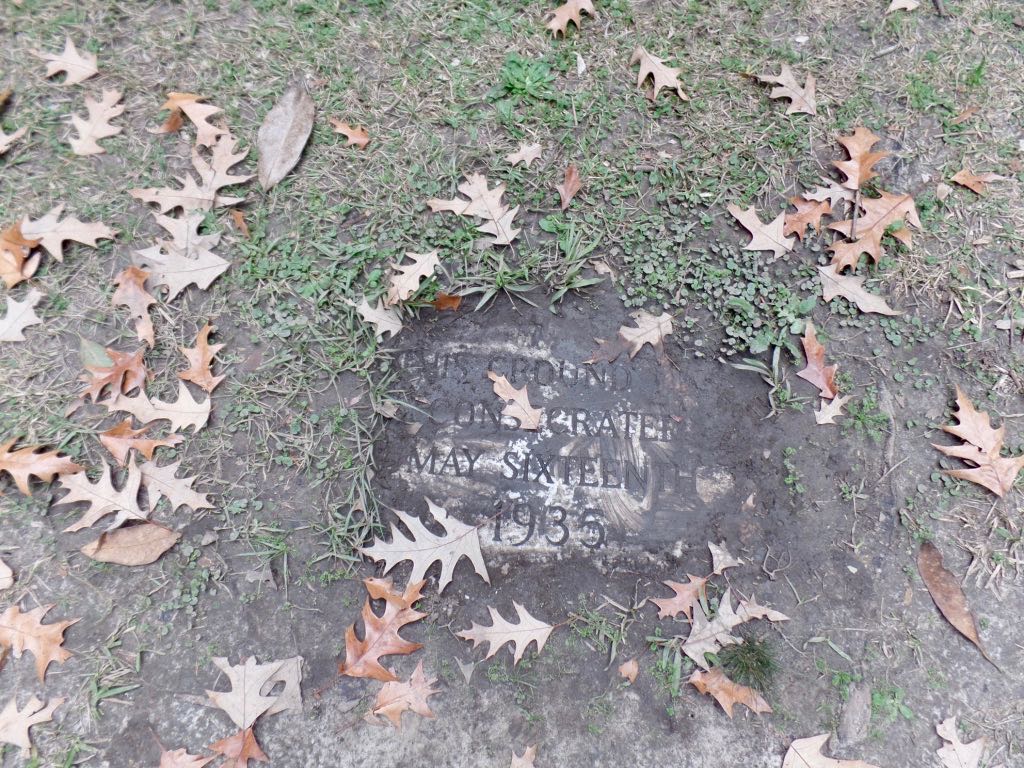 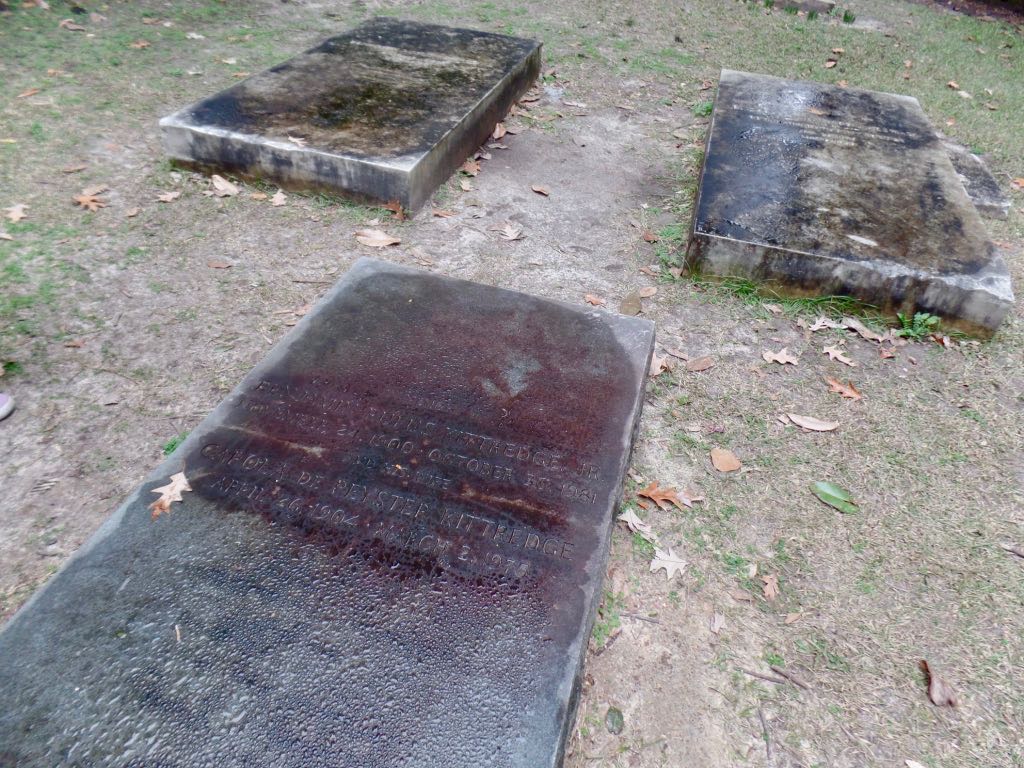 The three-plus burial spots. Kittredge family members would be buried there as late as the 1980s, decades after the grounds were donated to the county. 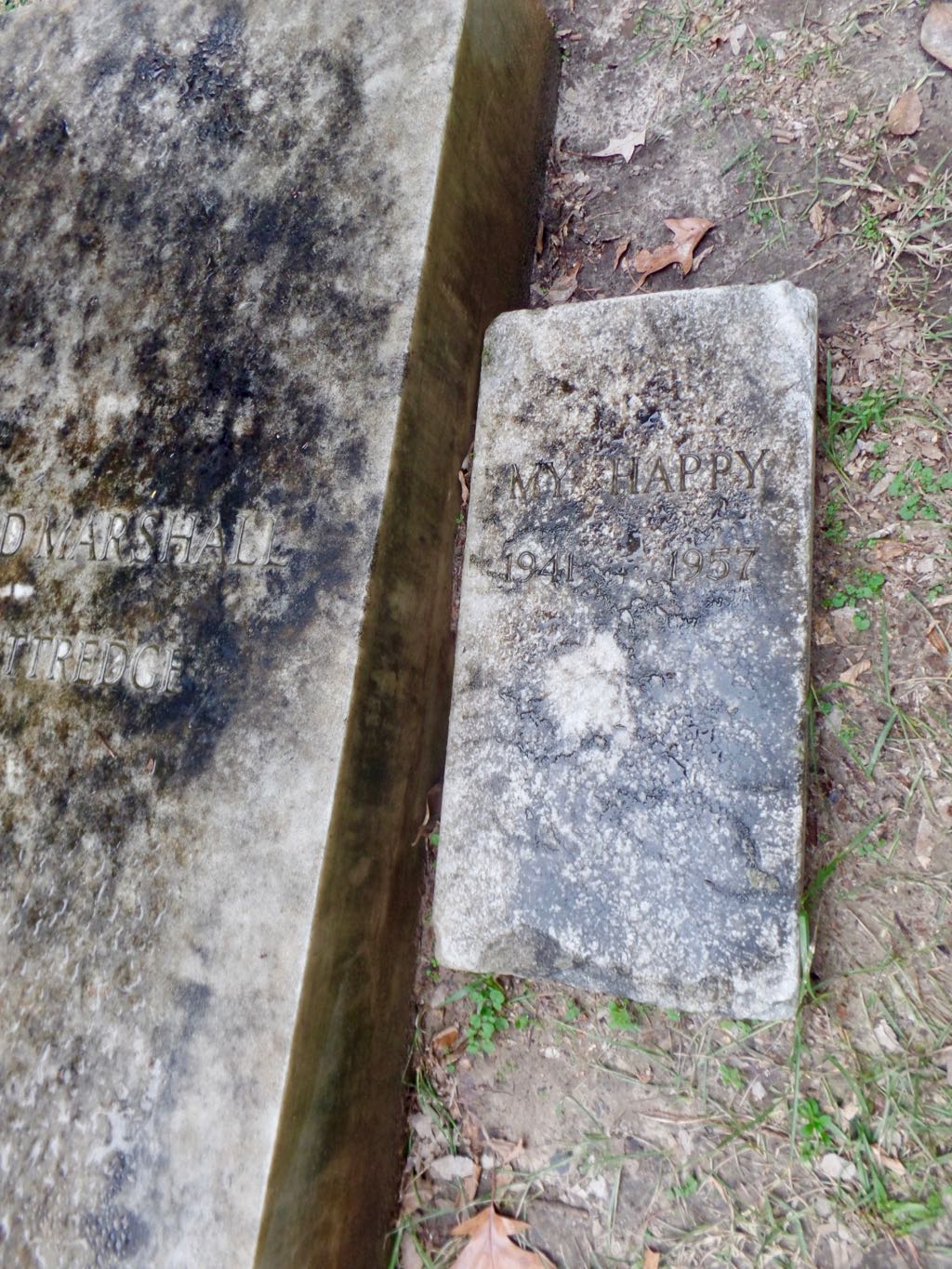 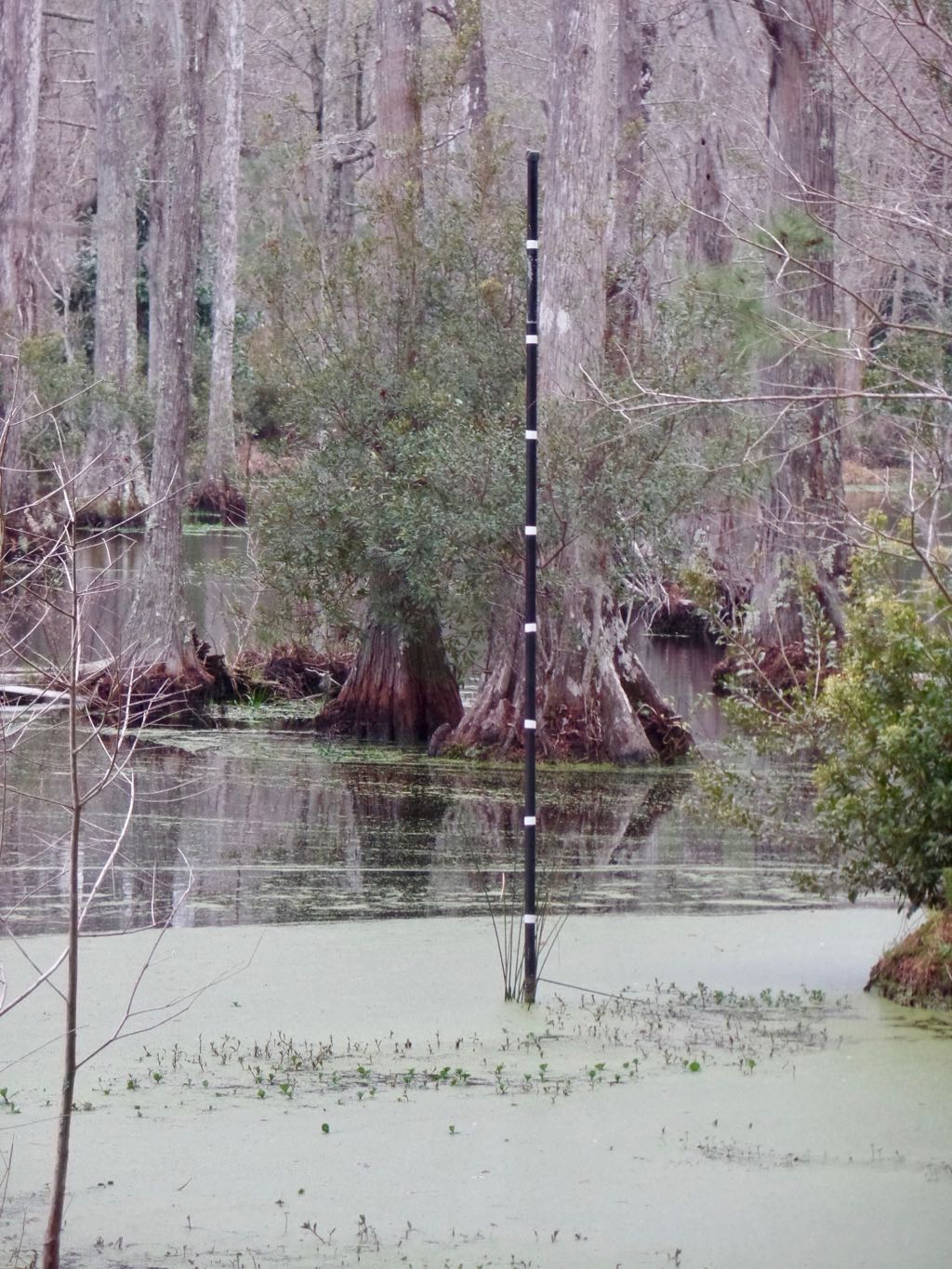 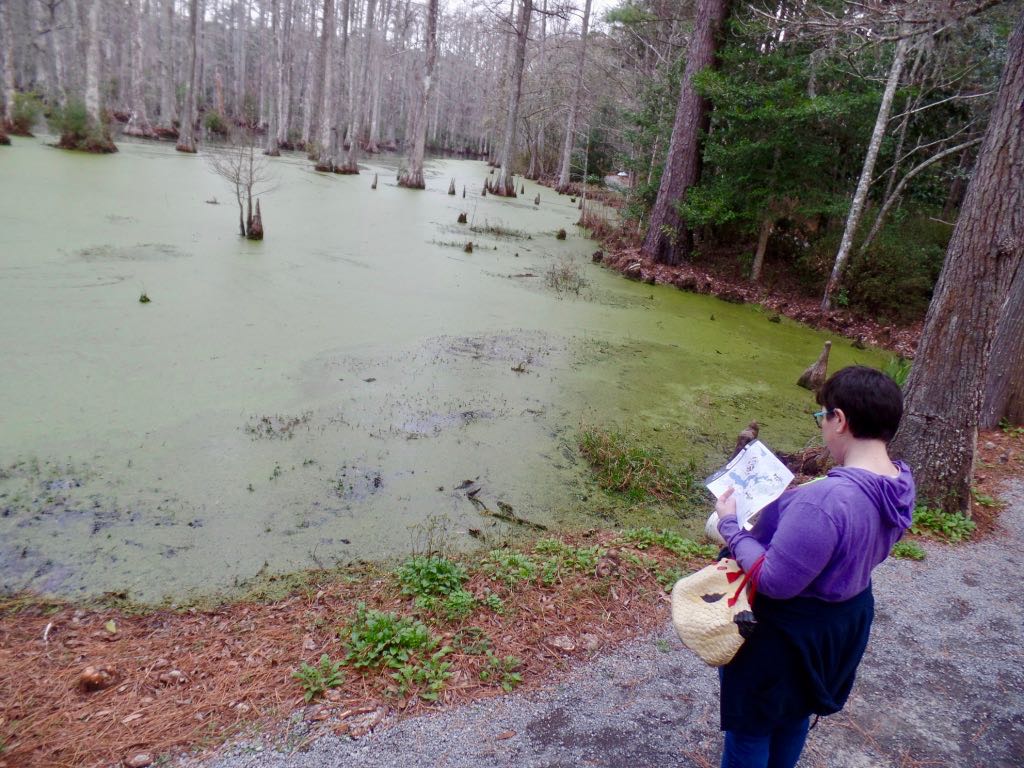 bunny_hugger pauses to check where that algae-covered pond is. 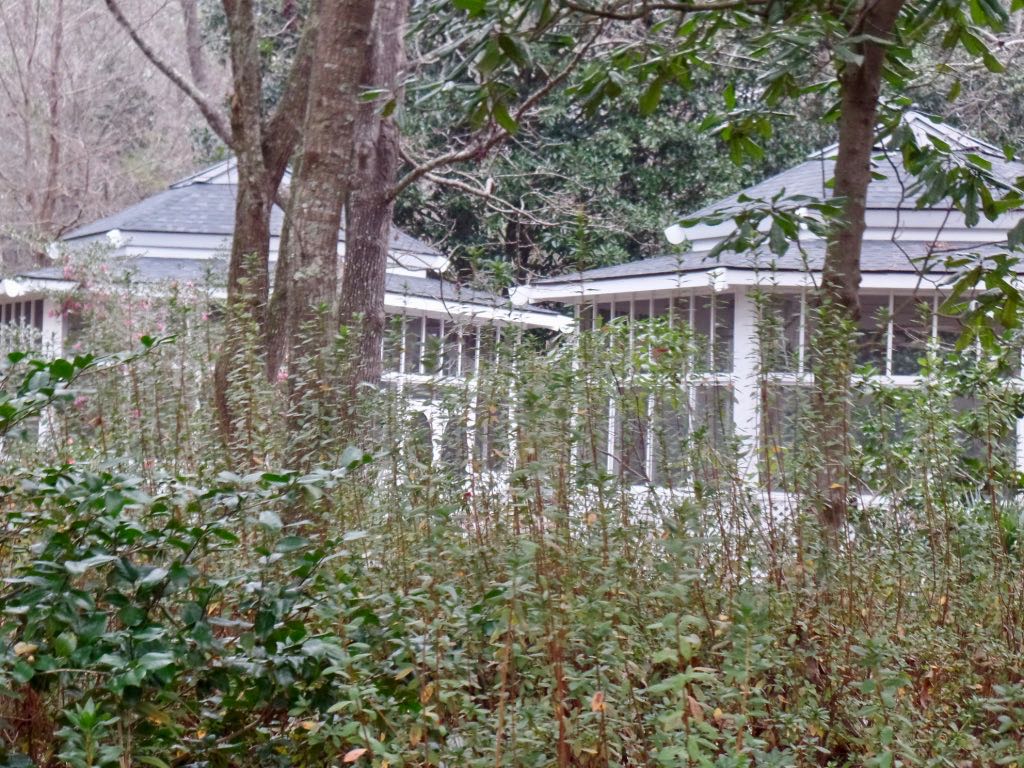 The part of the gardens where the gazebos huddle together for comfort. 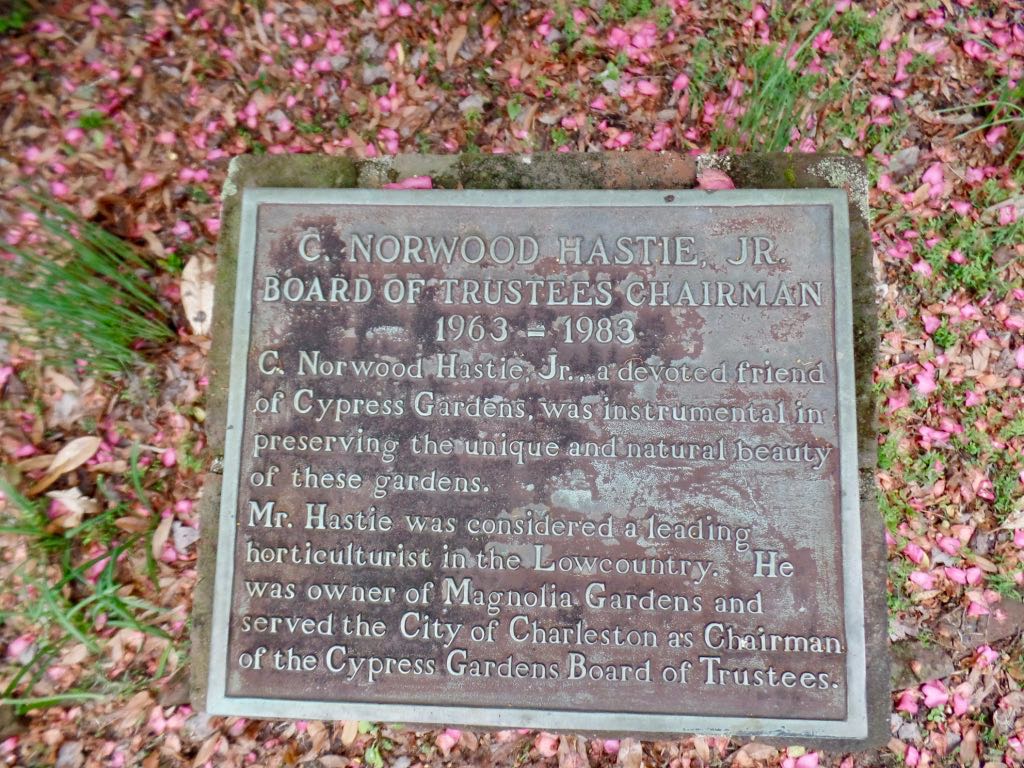 A plaque commemorating one of the people responsible for converting the gardens into a public park. 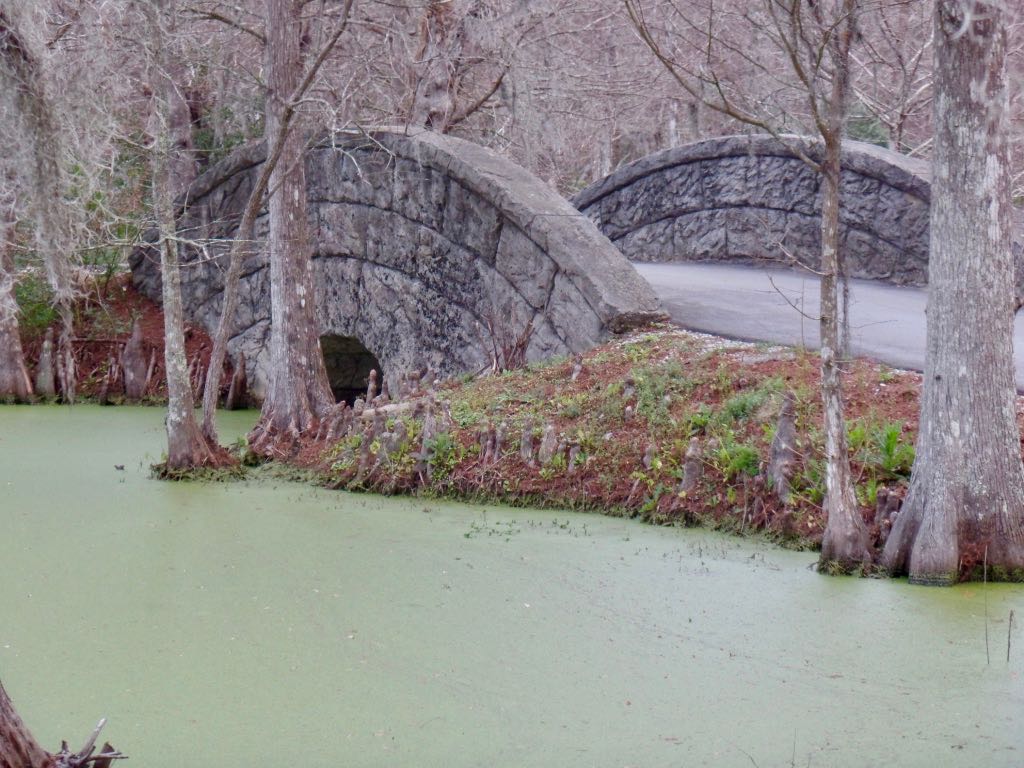 The Patriot Bridge, a feature you might have seen. A half-dozen or so movies have been filmed at the Cypress Gardens. One of them was The Patriot. Remember? Mel Gibson movie from 2000? Sony made up a movie critic to provide a positive blurb? Settled the class-action lawsuit where they'd pay $5 to dissatisfied customers? Anyway, as part of filming the movie they built this bridge for the cast to tromp over and it's been part of the gardens ever since. From the sides it looks plausibly like a stone bridge, but it's all poured concrete. 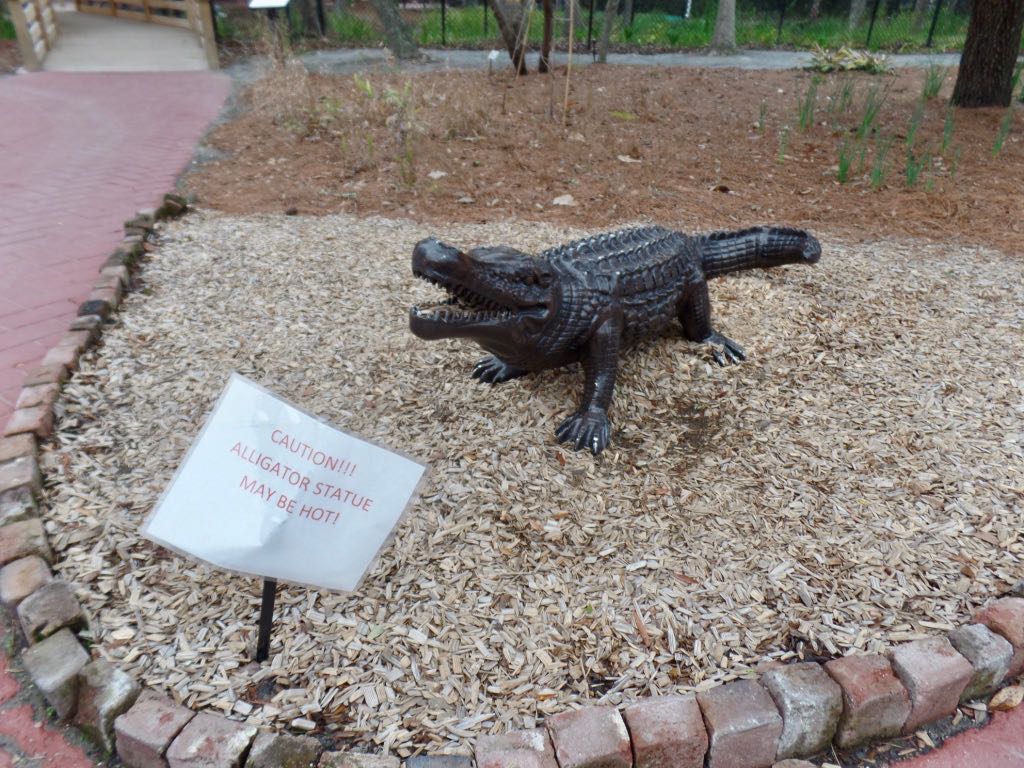 Excuse me, warning sign, but I think we'll let the ASFR community decide on that.

Trivia: The first month in the Ancient Egyptian calendar was Paophi. Source: Source: Mapping Time: The Calendar and its History, EG Richards. </p>