Today by the calendar would have been Coatimundi Day at the Cohanzick Zoo, in Bridgeton, New Jersey. I can't see any evidence that they were planning the event, where they get three coatis to ``forecast'' an early end of winter by seeing which of several dishes of fruit they go to first, given the pandemic. Even if they had, given that New Jersey got about 812 inches of snow today it probably would have been called off.

Our next day in Charleston we did nothing. Like, really seriously nothing. I'm not sure we even left my parents' apartment. The day after,

bunny_hugger and my father and I went to the Hunley Museum, showing off the recovered slavers' submarine and some of the museum that's grown around the research laboratory studying it. So to pictures, then: 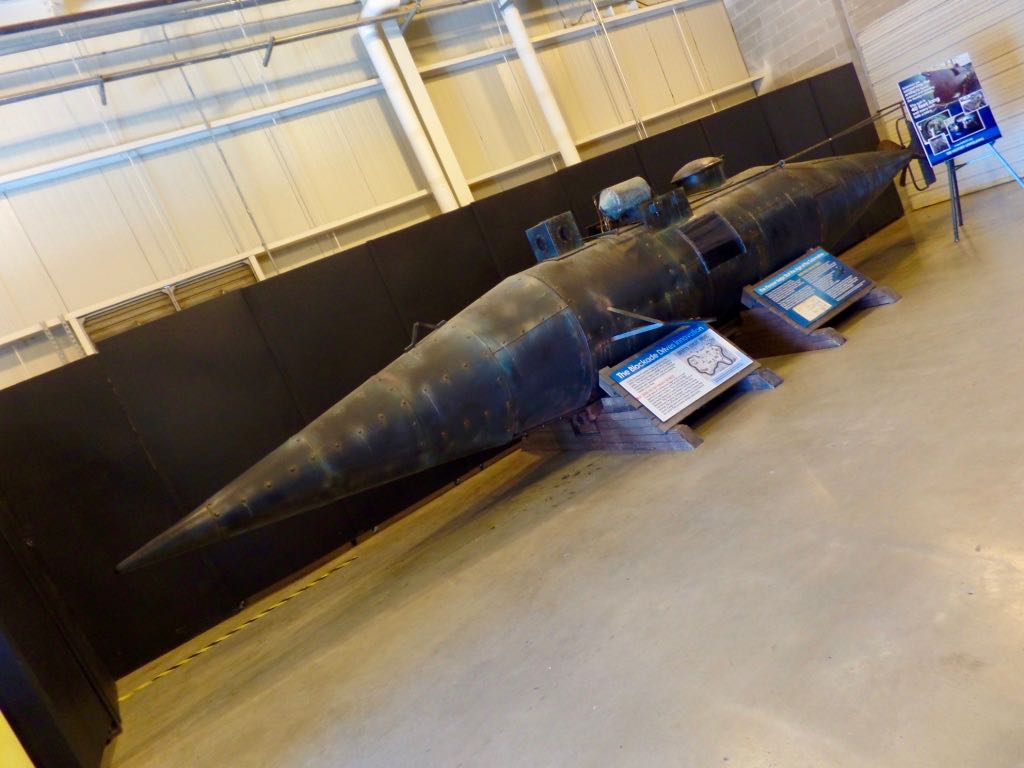 And this, of course, is the famous slaver submarine ... not the Hunley. This is a contemporary reconstruction of the Pioneer, the first attempt at an underwater vessel that Horace L Hunley built for the slavers. Before it could be tested the Americans retook New Orleans and Hunley and his collaborators scuttled she ship. The original was found and, in 1868, sold at auction for 43 dollars. 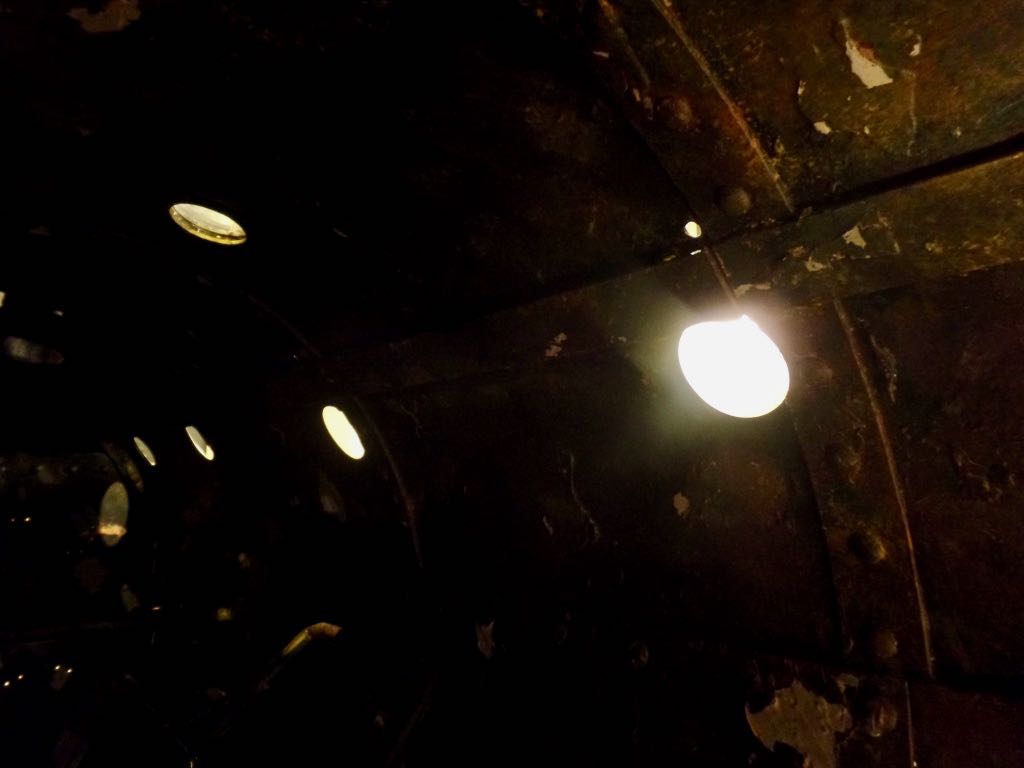 Now inside the museum, and inside a replica of the Hunley built for a TBS(?) miniseries about the submarine that aired back in like 1999. This is looking out from the interior where men had to paddle the propeller wheel, the only engine possible with the technology on hand. 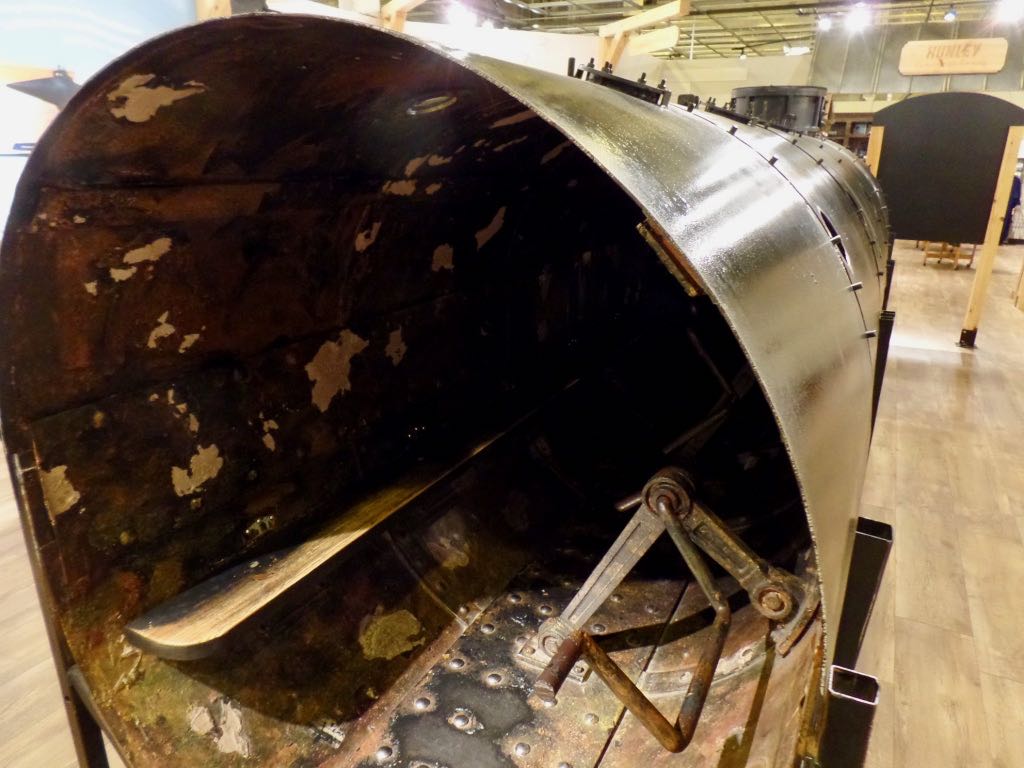 A look at the filming replica of the Hunley. You can see the bench and one of the foot cranks. The replica is tiny and has a diameter 10 percent larger than the real submarine. 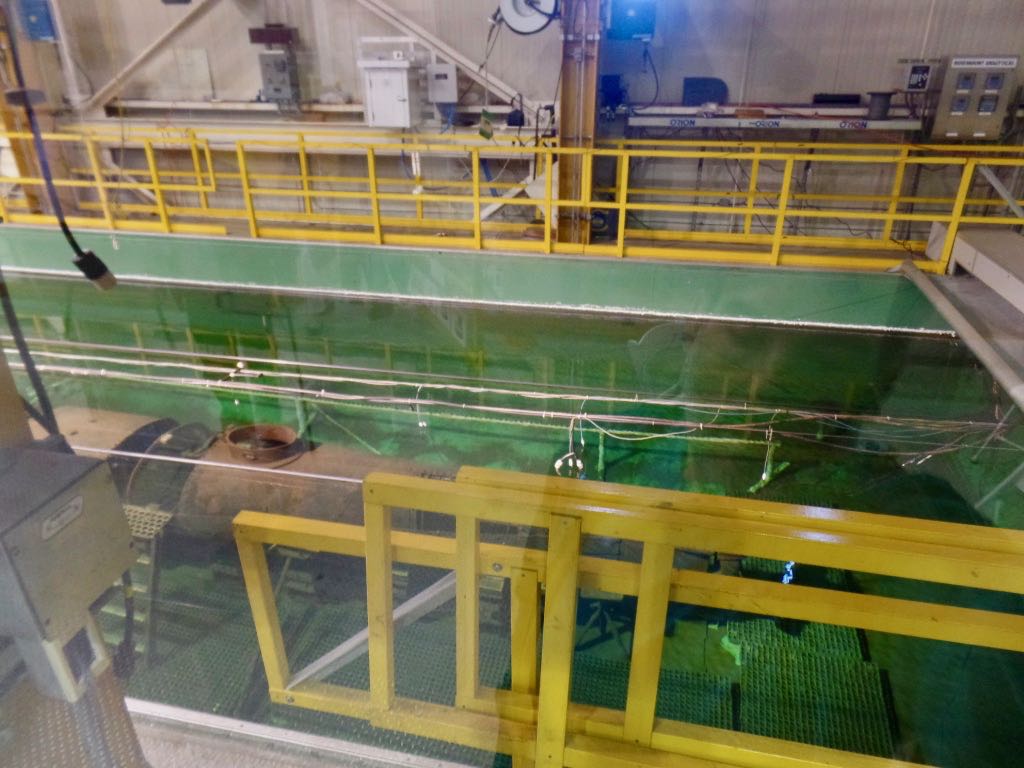 Here's the actual submarine, in the tank with preservative fluids while it's worked on and stabilized. 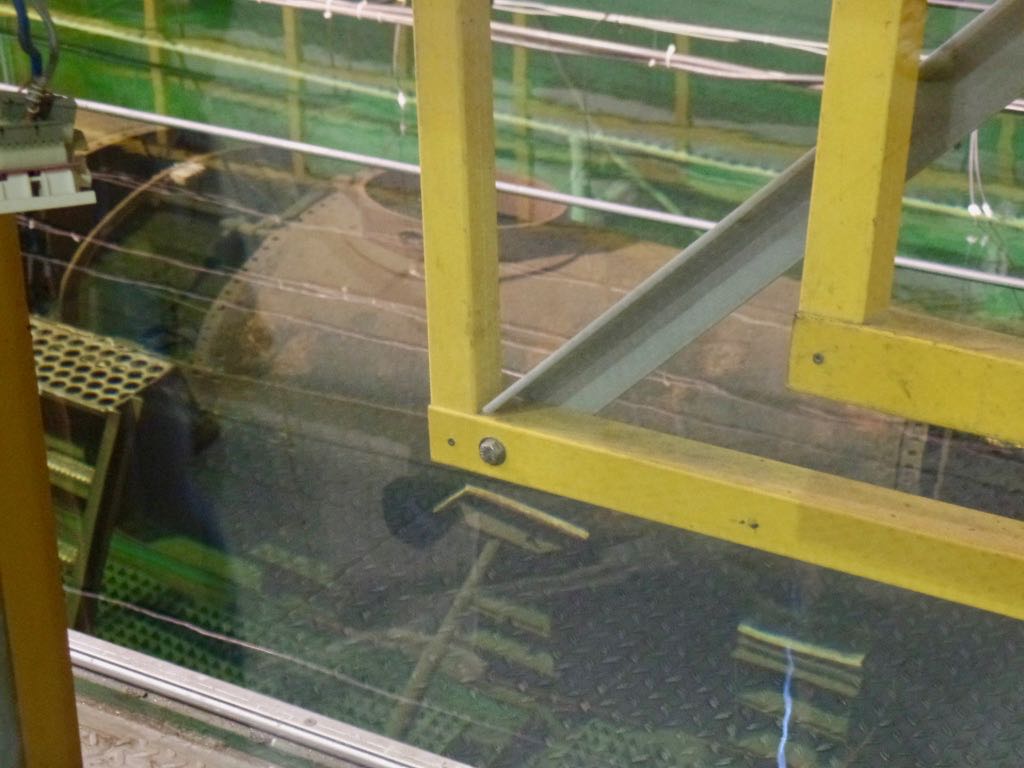 Looking down at the midsection of the Hunley. 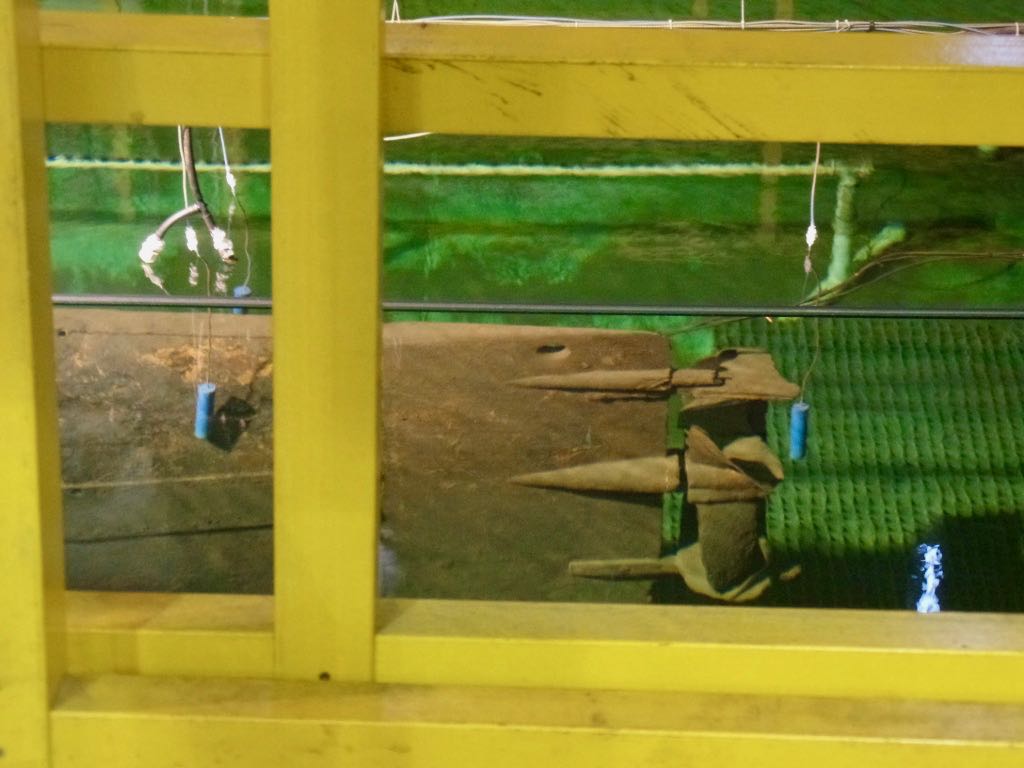 The tail end of the sunken submarine. 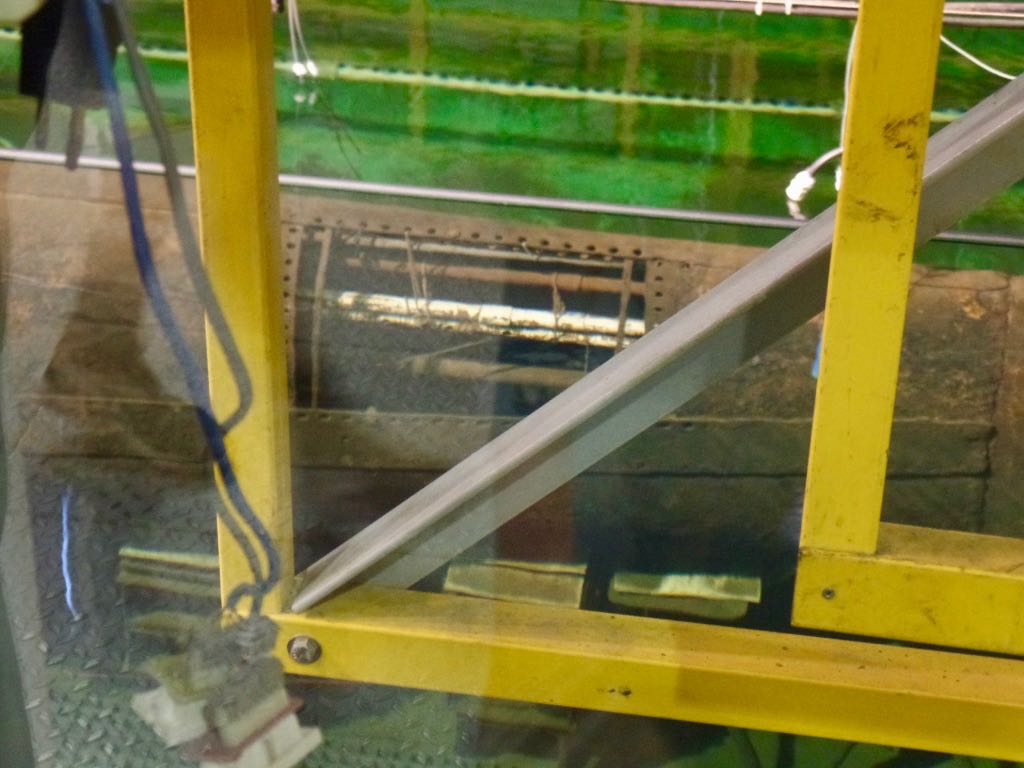 Middle-back end of the Hunley underneath the preservative fluid. 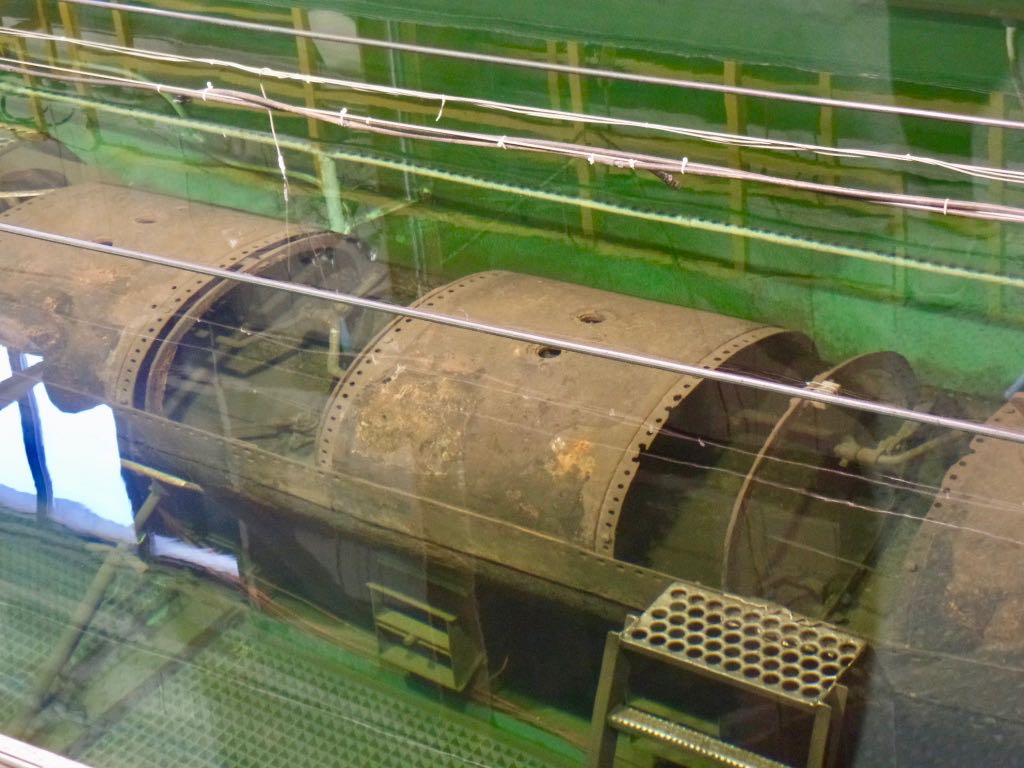 A view of more of the front of the craft. 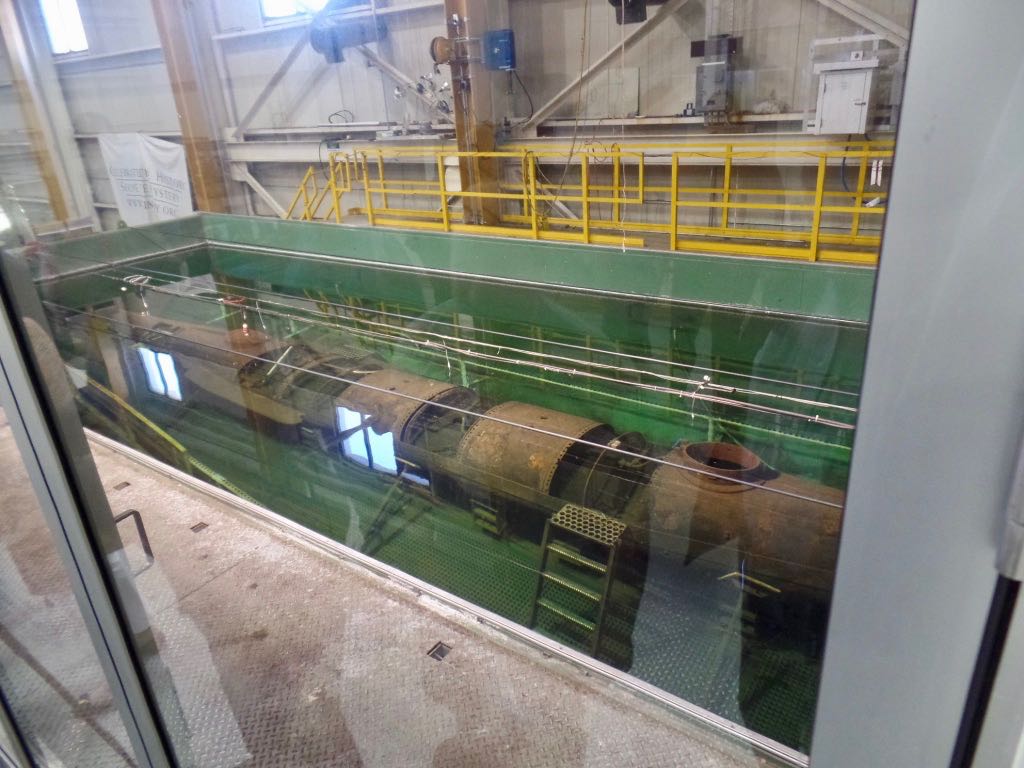 And here's a fairly good view of most of the front half of the Hunley. It's about wide enough for an adult to crouch in and be folded over. 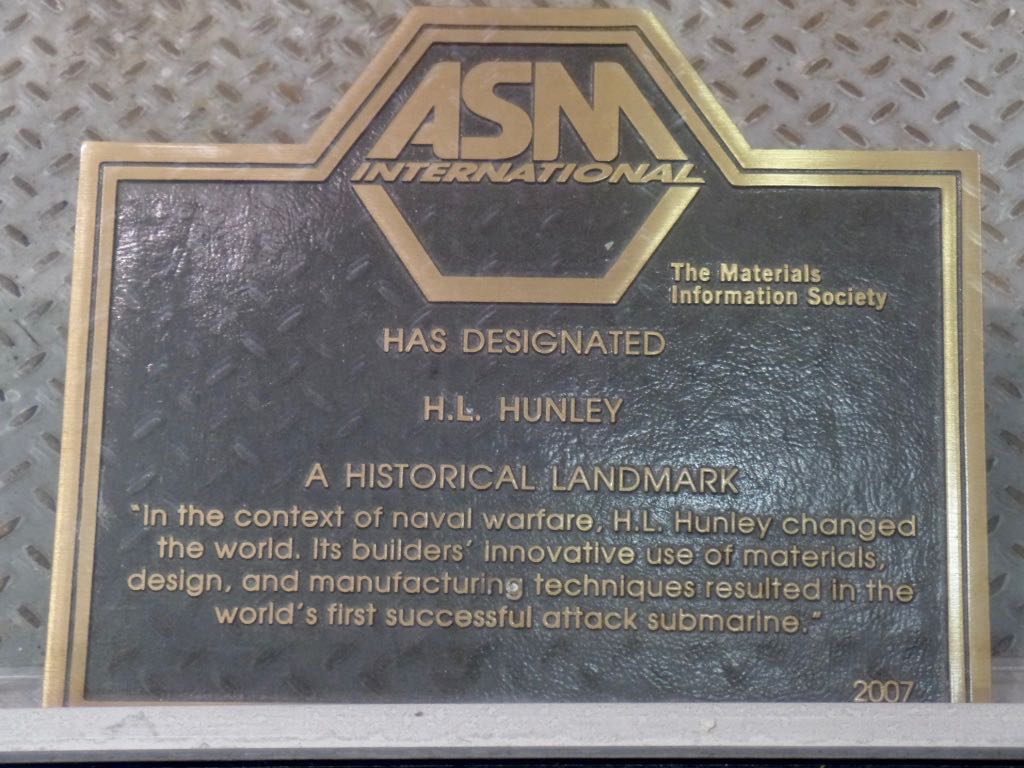 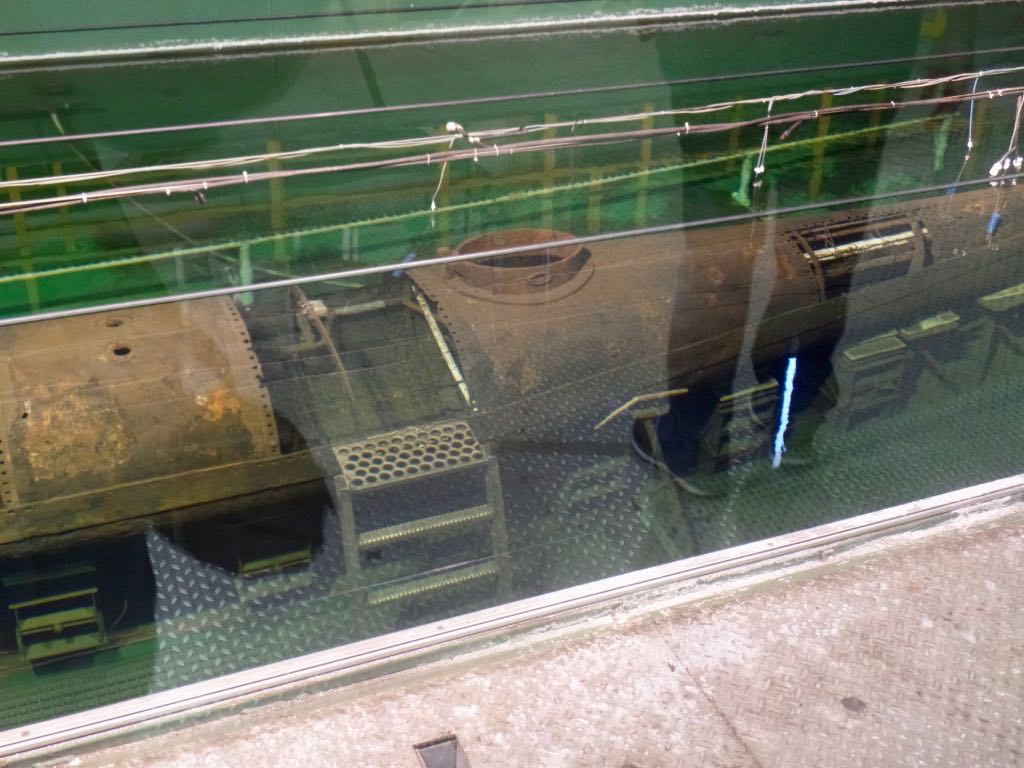 Another look at the back half of the submarine. 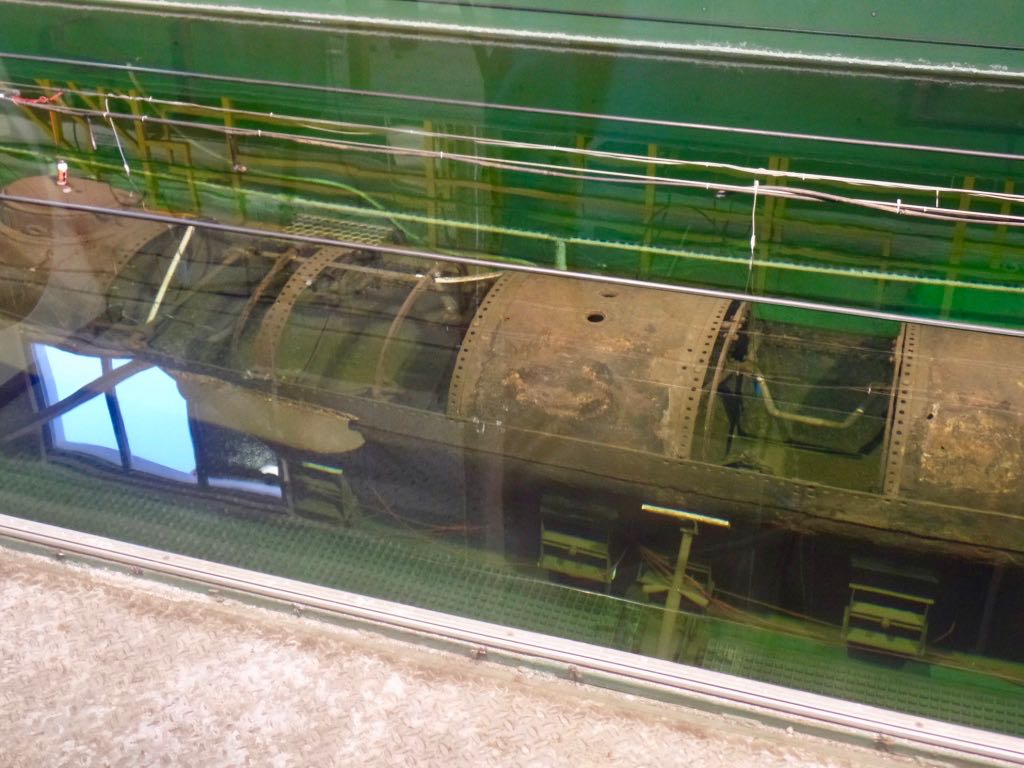 Another look at the midsection of the submarine that lets you see a foot crank and, way on the left there, an authentic 1863 Big Gulp.

Trivia: The international designation for the Apollo 14 CSM, on achieving orbit, was 1971-008A. The S-IVB was designated 1971-008B. Source: Apollo By The Numbers: A Statistical Reference, Richard W Orloff. NASA SP-4029.