Sing it with the spirit that will start the world along

bunny_hugger took down the last of our Christmas lights today. This kept her vow to leave them up to Candlemas. It makes our street a little less decorated, but Christmas does have to end sometime. There's one house up the block that still has decorations up (as of yesterday) but they only turned the lights on erratically all season. I did see them on a couple days ago, but why? And why so inconsistently? There's no way to know.

She had last week taken down a strand of icicle lighting used for the flowerbox because those lights stopped working. She's found the original packaging and the receipt, though, so we can at least send it back to the manufacturer and see what they do about defective lights.

Meanwhile, in comic strip reading: What's Going On In Mark Trail? How is Mark Trail not in jail? November 2020 - January 2021's plot gets revealed for you all.

And now let's see more of the Hunley museum. 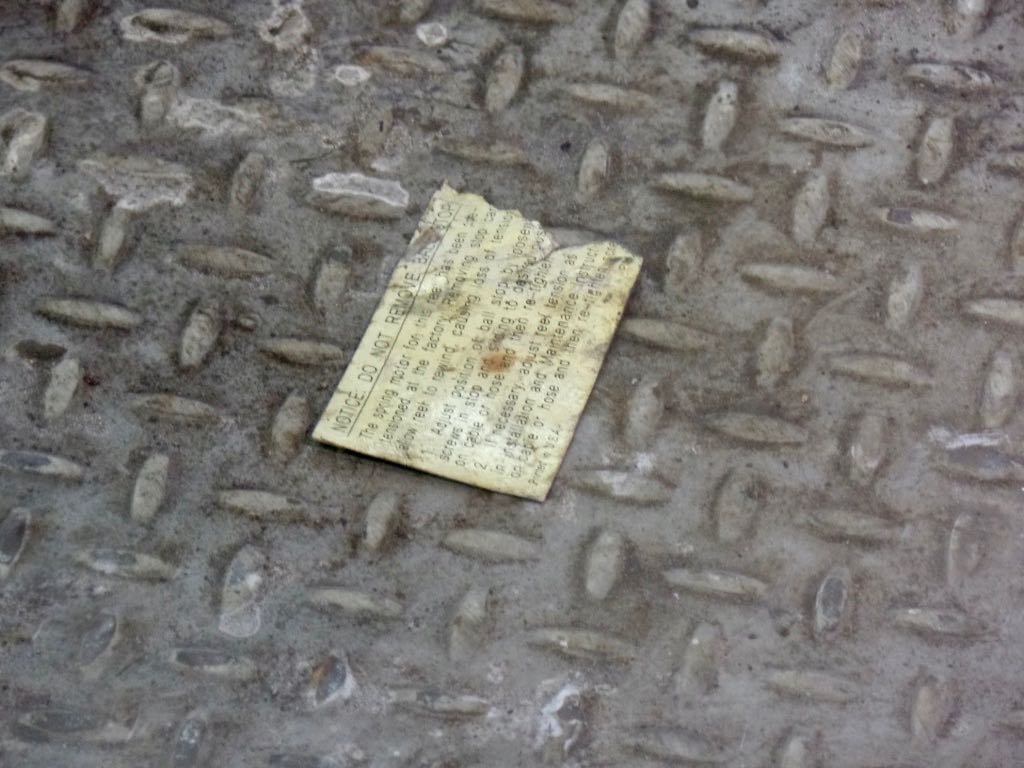 A warning tag to not remove a thing that I found loose on the observation platform's floor above the submarine. Of course I find that interesting; you know me. 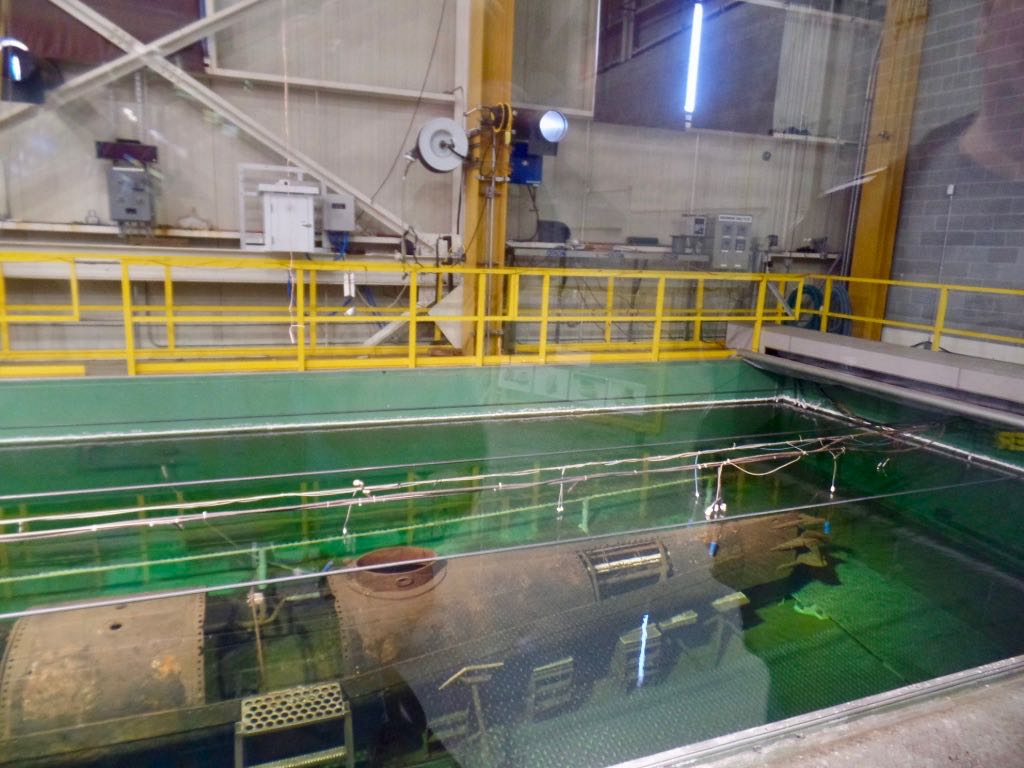 One more look at the rear half of the Hunley in the tank of preservative fluid. 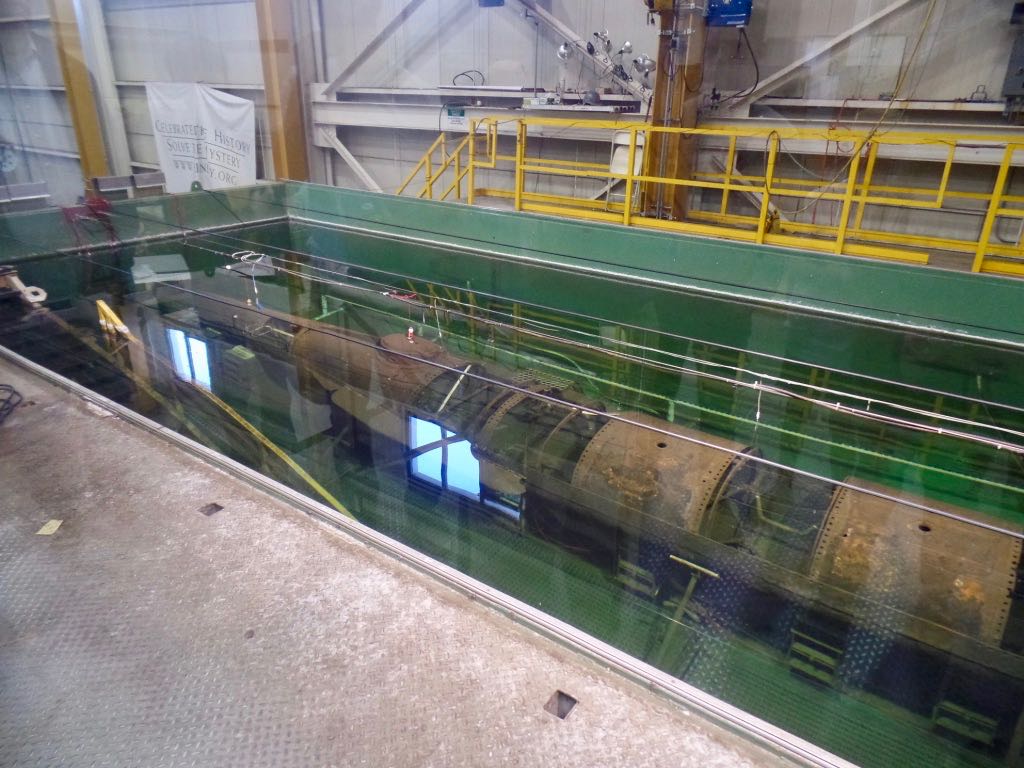 And one more look at the front half of the Hunley in the tank of preservative fluid. 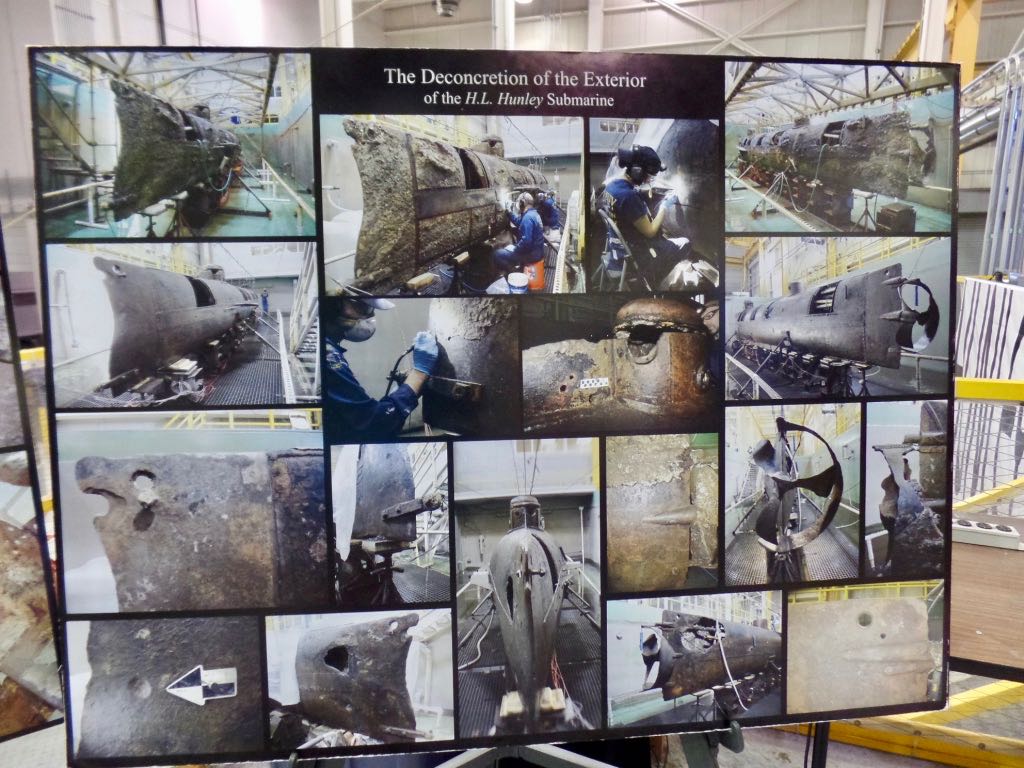 A poster showing various stages of the ``Deconcretion'', digging the submarine out of its encasement. 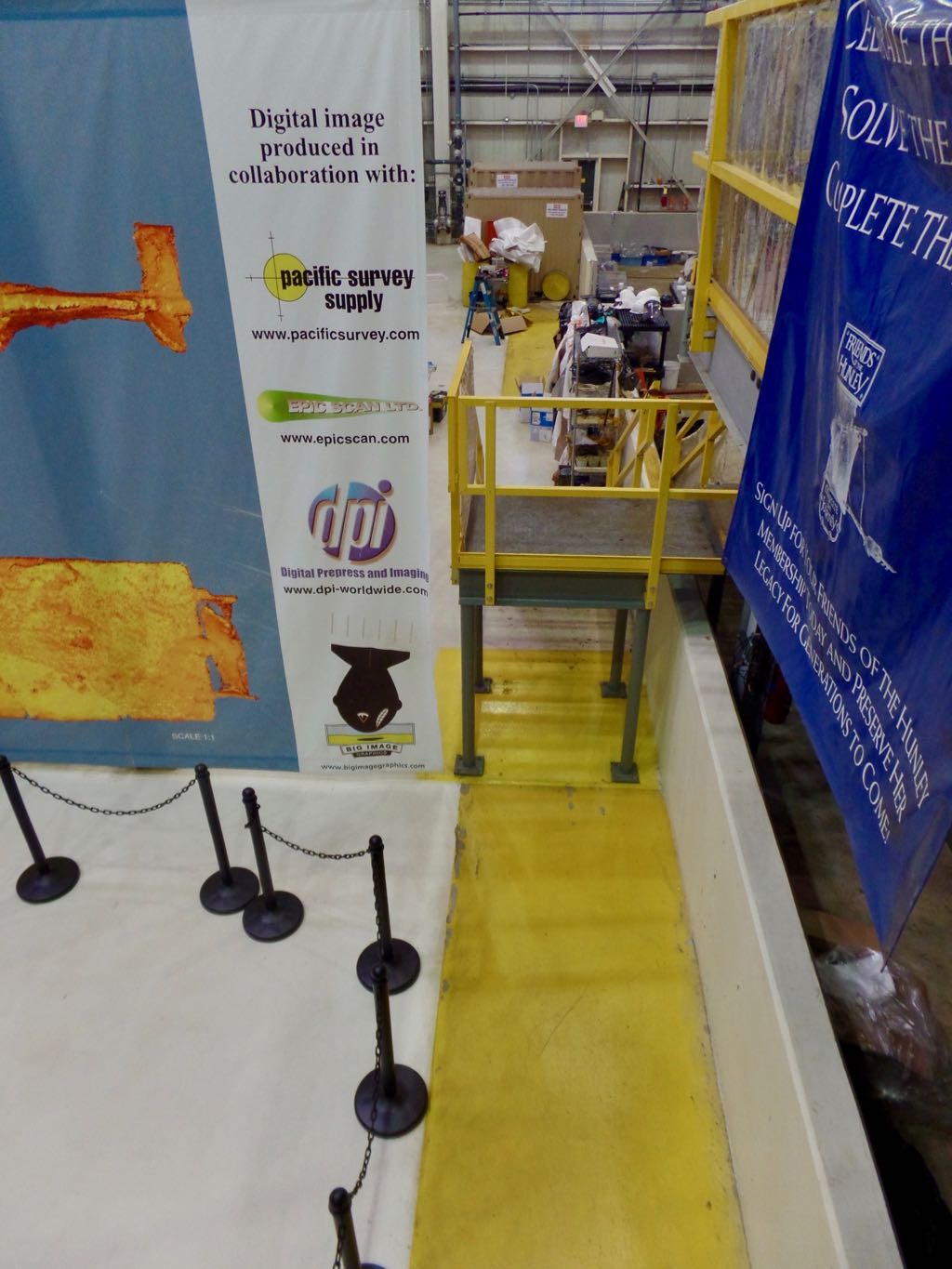 Peering out over the edge of the observation platform and getting a glimpse of the working parts of the museum. 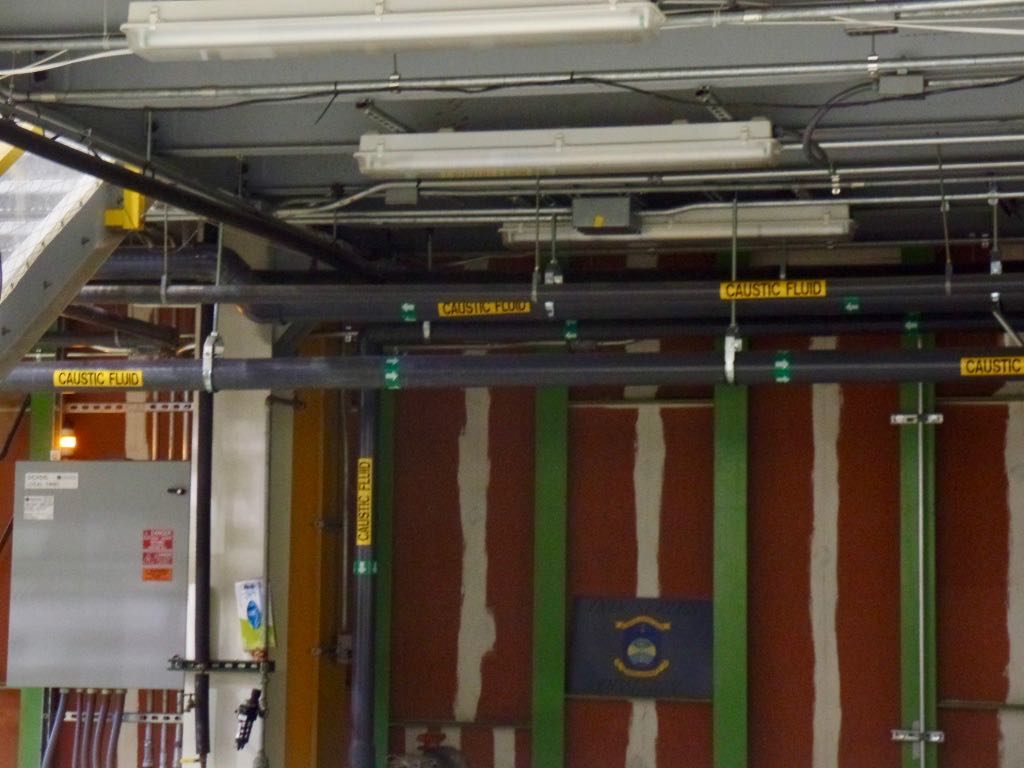 Tubing on the outside of the preservative tank; this is from underneath the observation platform. 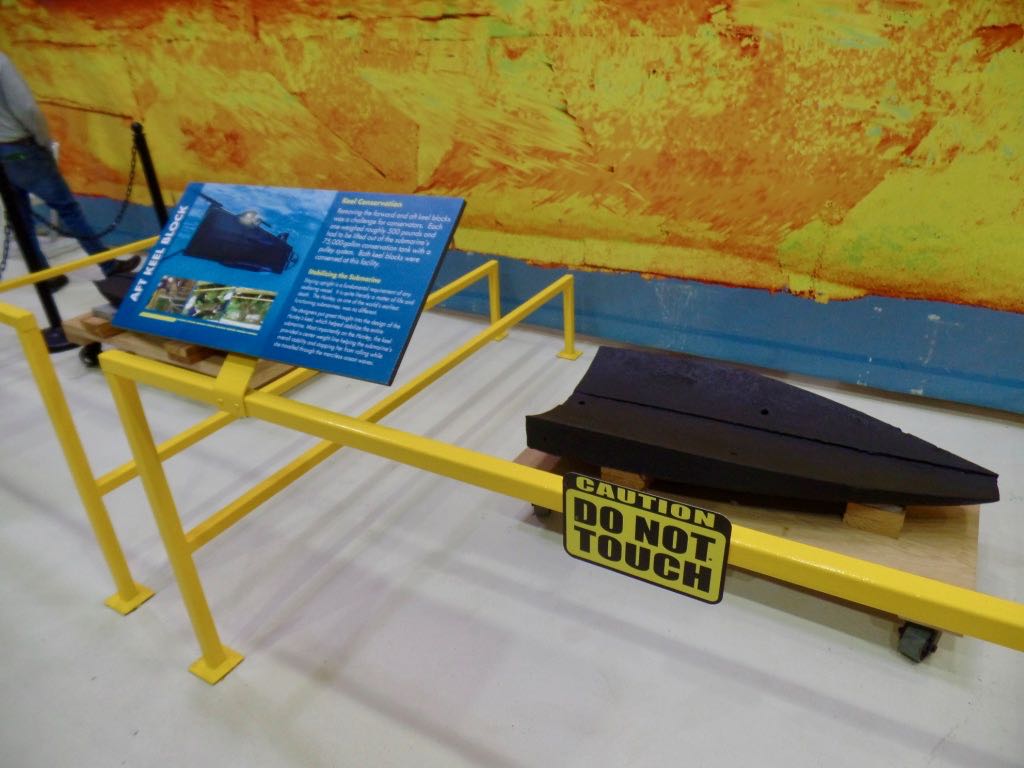 One of the keel blocks taken from the submarine and on display, if guardedly. 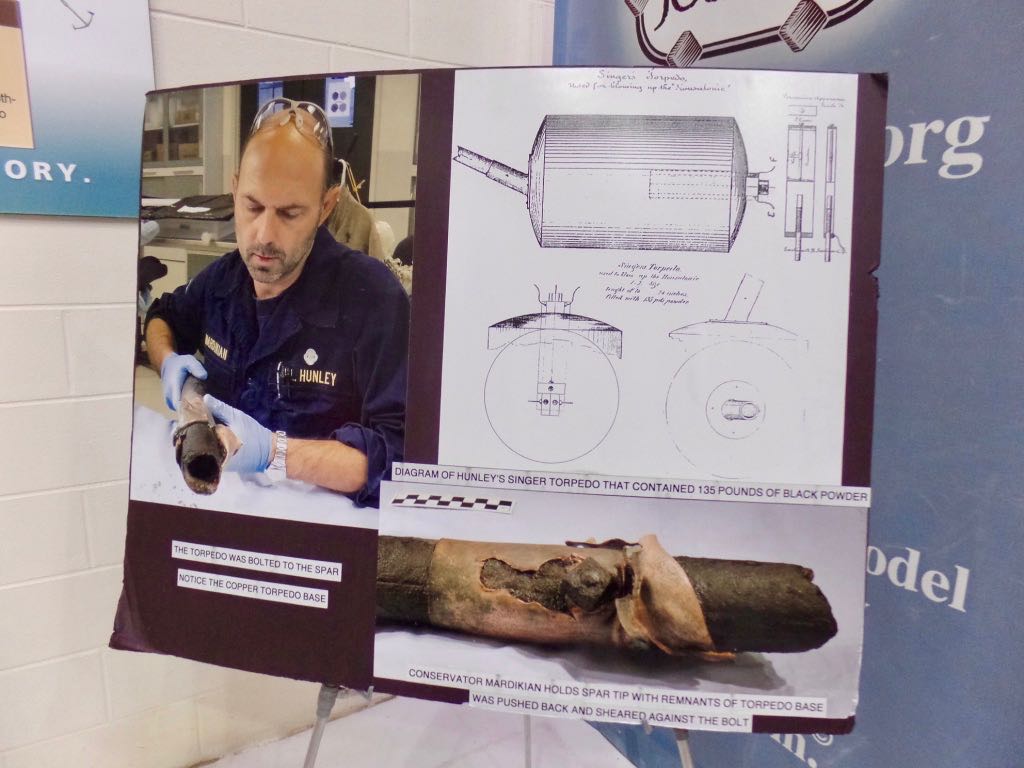 A poster explaining the torpedo --- tube of black powder attached in ways they're not precisely sure of --- at the front of the submarine and used to destroy an American ship. 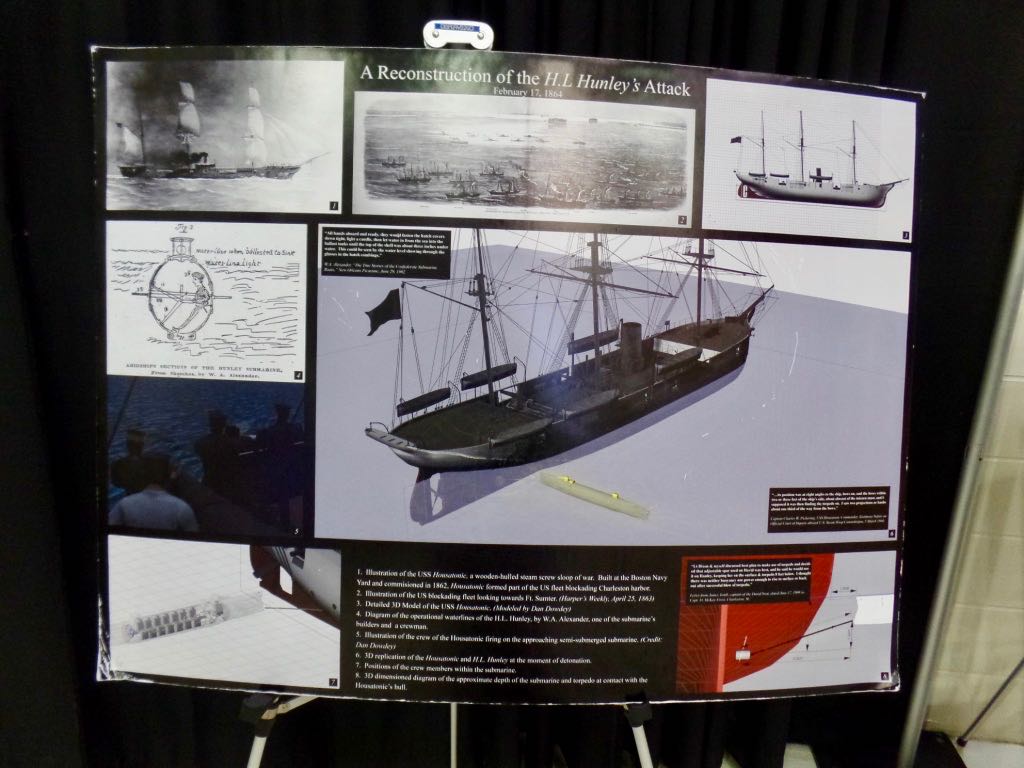 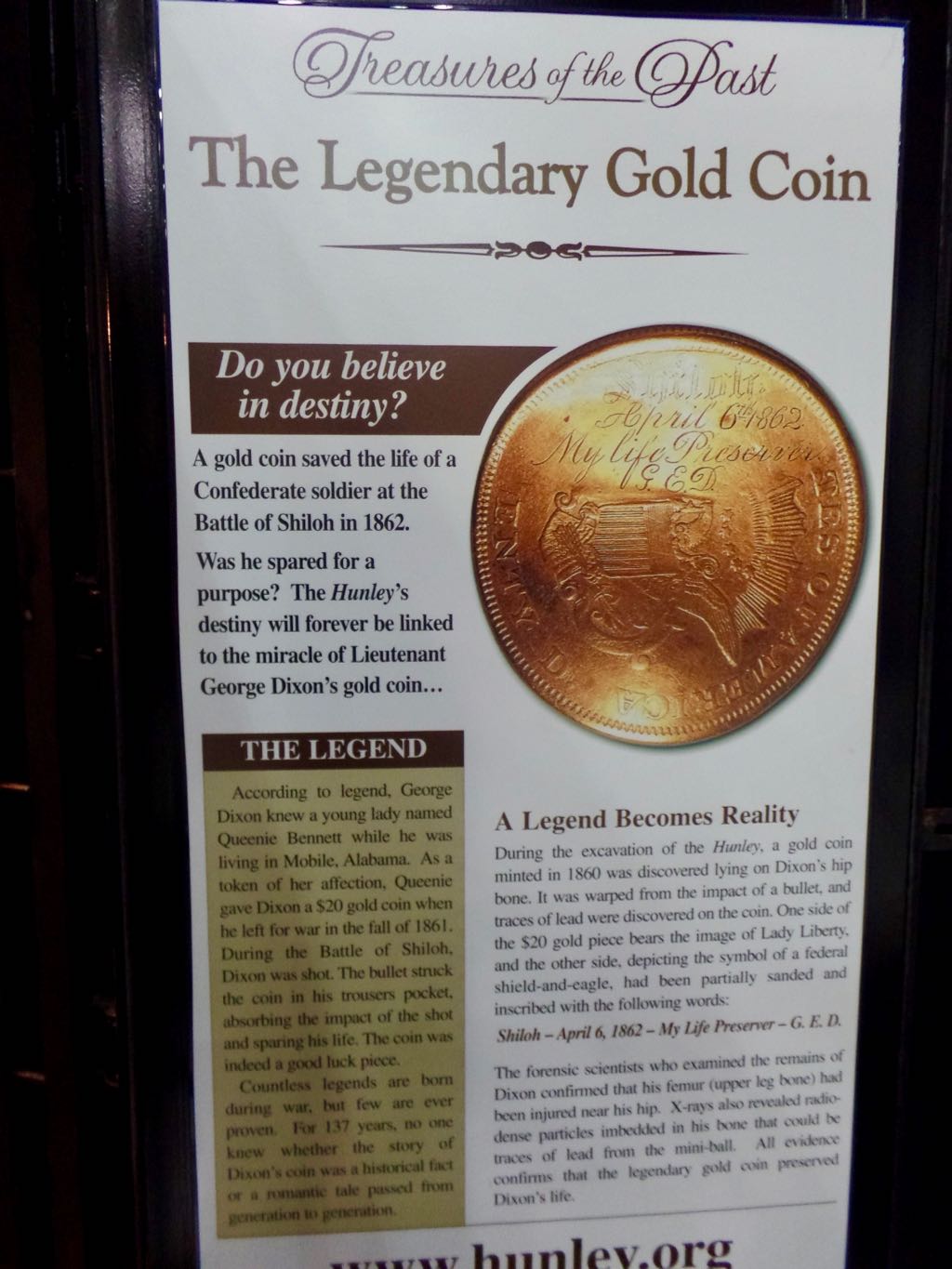 A poster about ``the legendary gold coin'' and one of the handful of artifacts inside the Hunley that can be definitely tracked to a specific person's, as the $20 gold coin was written about even before the Hunley was discovered. 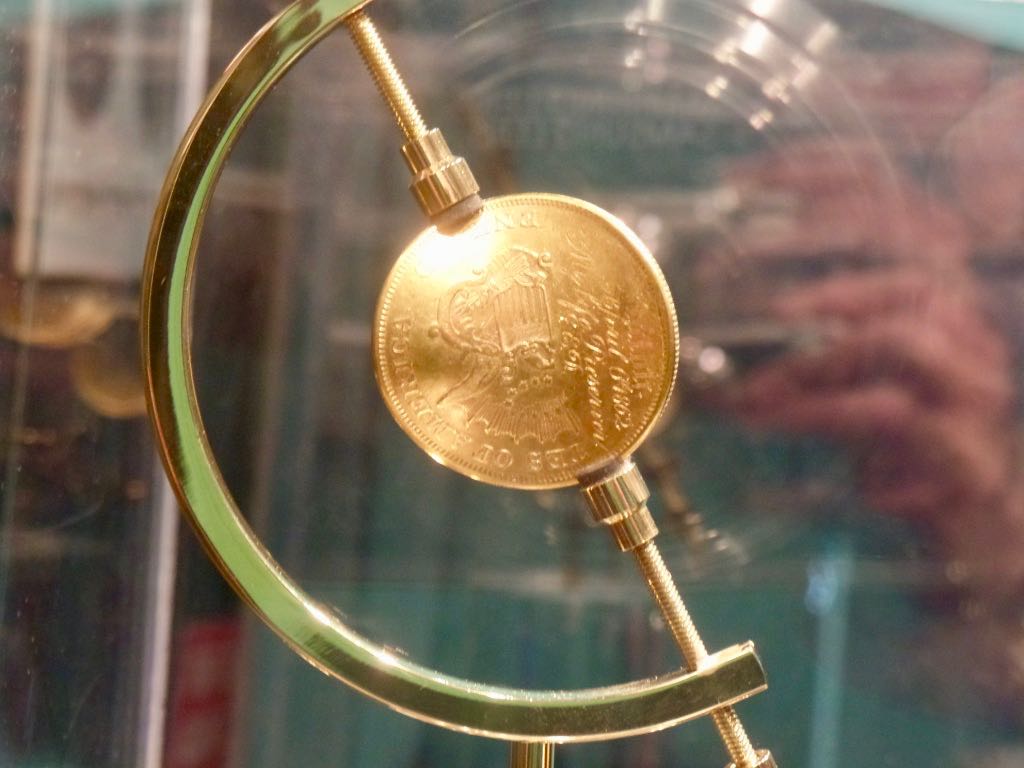 The $20 gold coin on display. It's hard to find an angle that makes for a legible photograph that also shows off the coin's distortion from the bullet at the Battle of Shiloh that struck it. 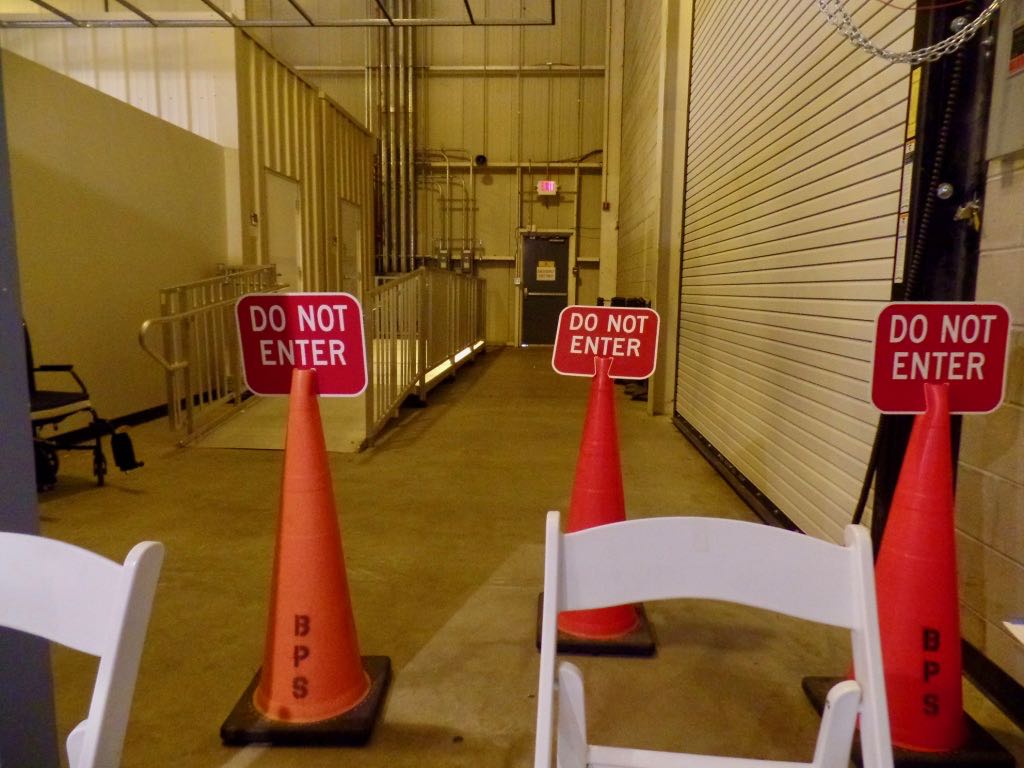 So, this is the way to go, right? I enter here?