Sing it as we used to sing it

One of our pet mouse's brothers has died, we learn from the shelter from which we adopted him. His brother was a bit young, although mice don't live long to start with and domesticated mice even less. Our mouse seems fine, but we weren't able to take him to the vet for a regular checkup this year. (Nor our rabbit.) By now he's a senior mouse, which is a sobering thought. But he's still quite active and busy and very industrious when you drop any new building materials, such as paper or rabbit fur or any other substance in his cage. Still have to try and appreciate the time we have left with him.

So back to January 2020. Here I close out pictures of the Hunley museum, and then head over to a graveyard where some of the slavers killed in the Hunley's sinking were reburied. 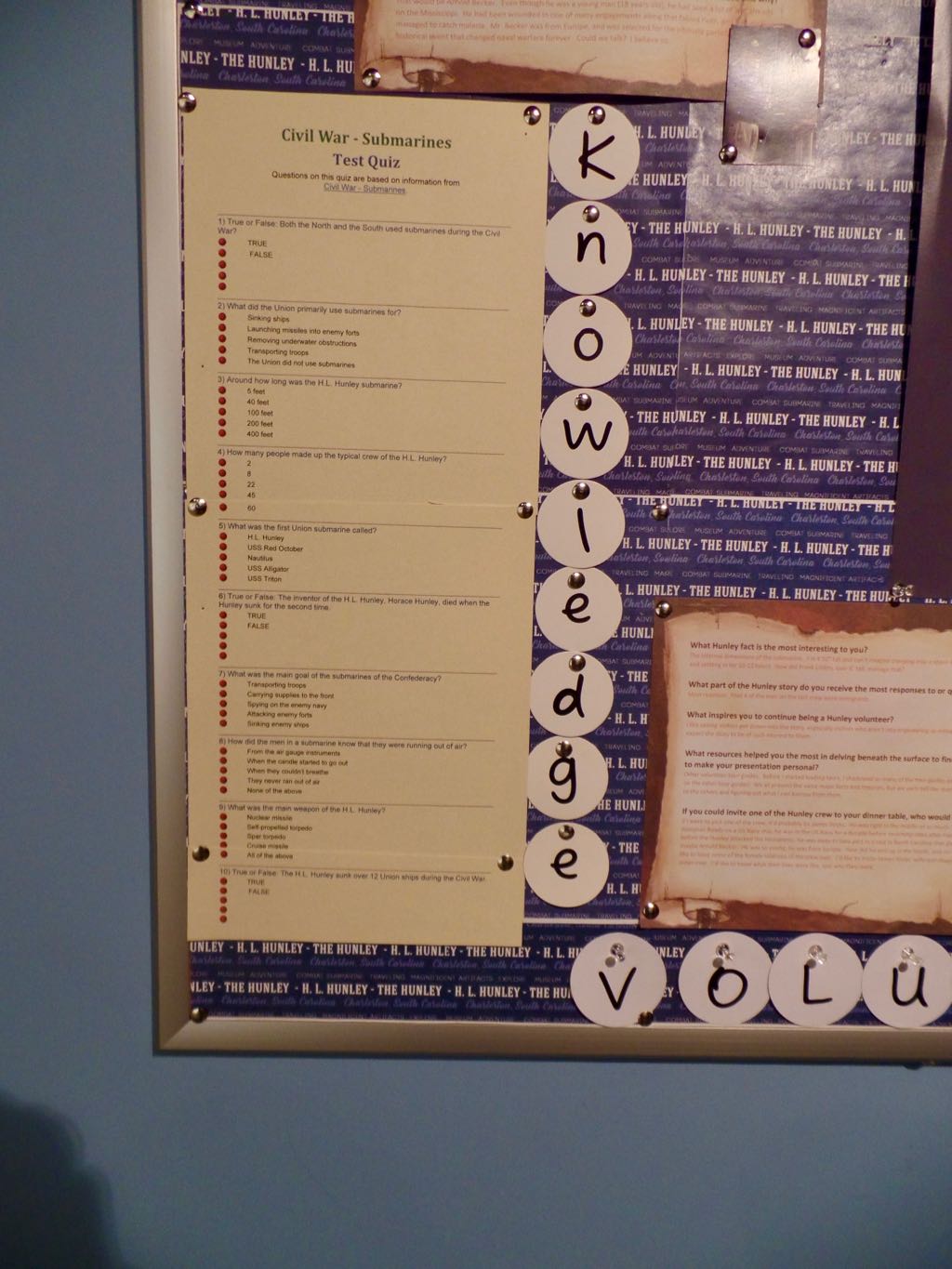 Hunley facts and a trivia quiz which, if you've paid attention, you can ace. 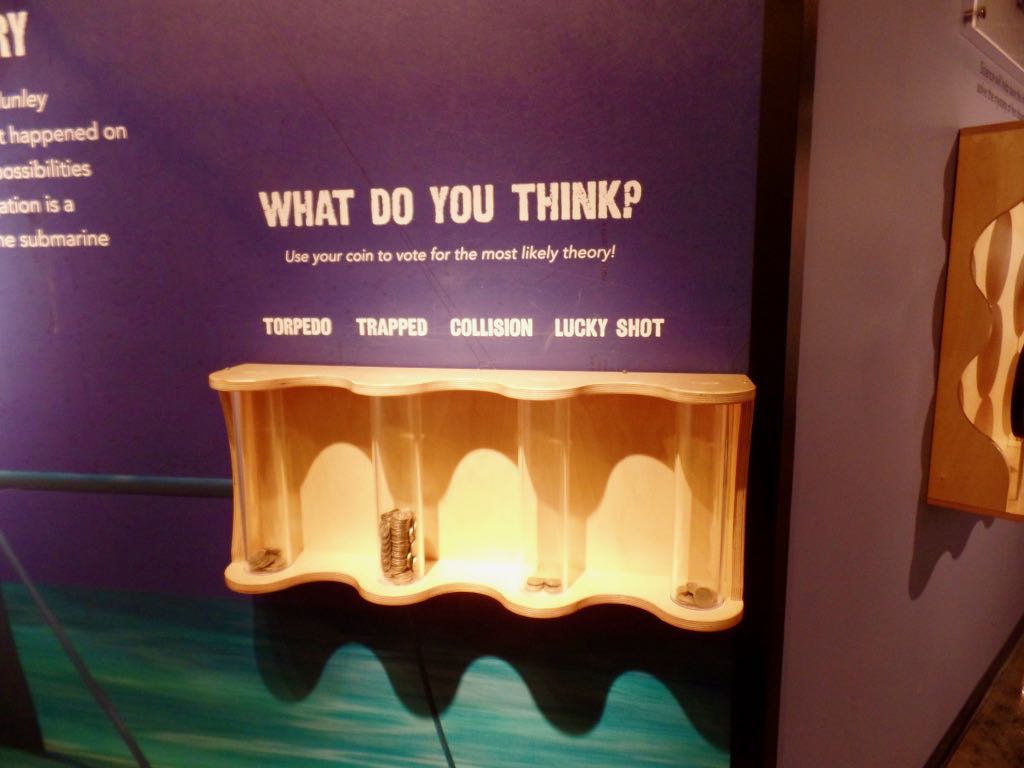 What exactly sank the Hunley is a matter of debate. The museum gives out plastic coins, replicas of that ``legendary gold coin'', and here you can put your coin in to vote for what you think sank the submarine. 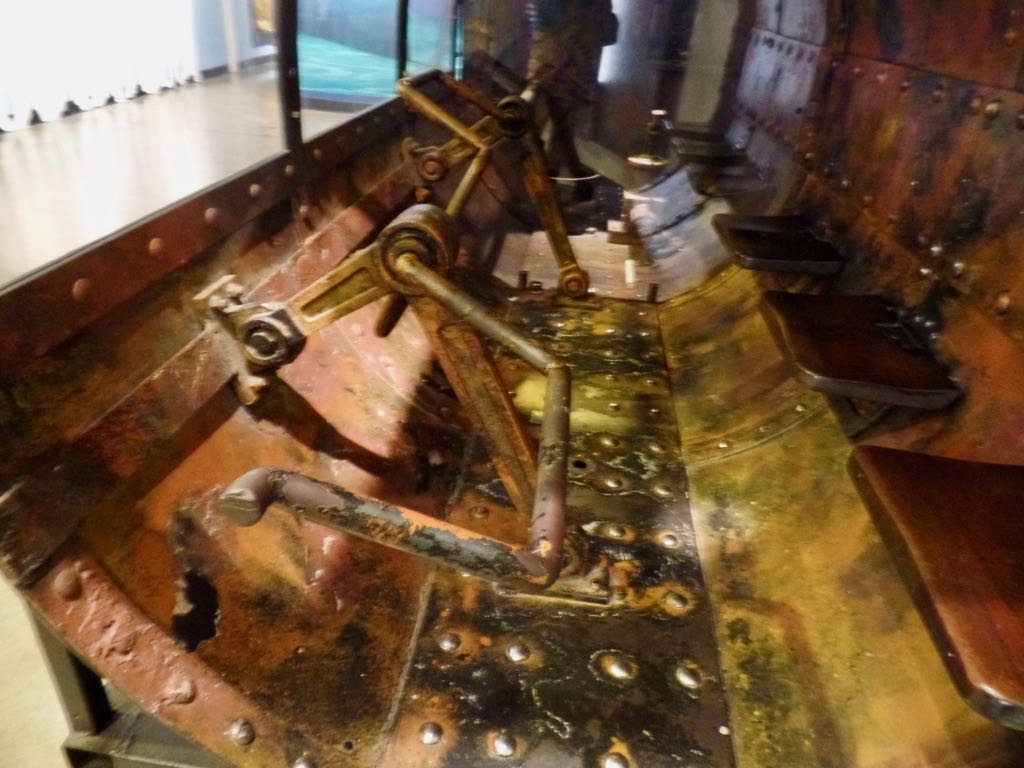 Flash photograph of the interior of that tv miniseries replica of the Hunley. 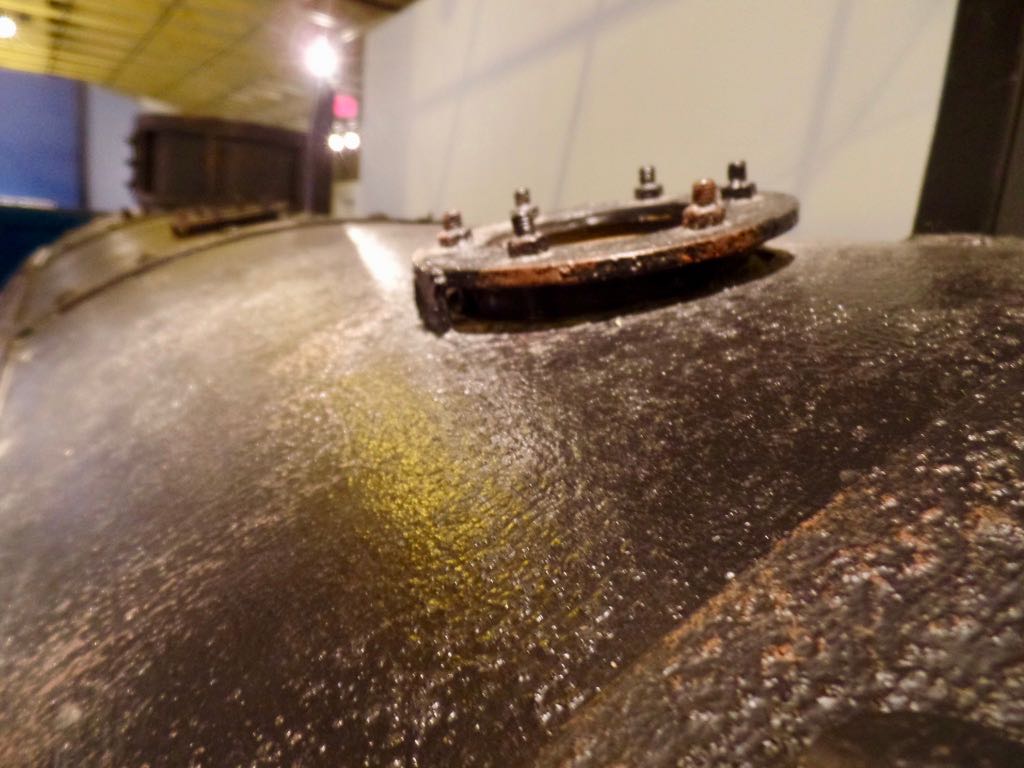 And a look at the top of that TV prop replica. 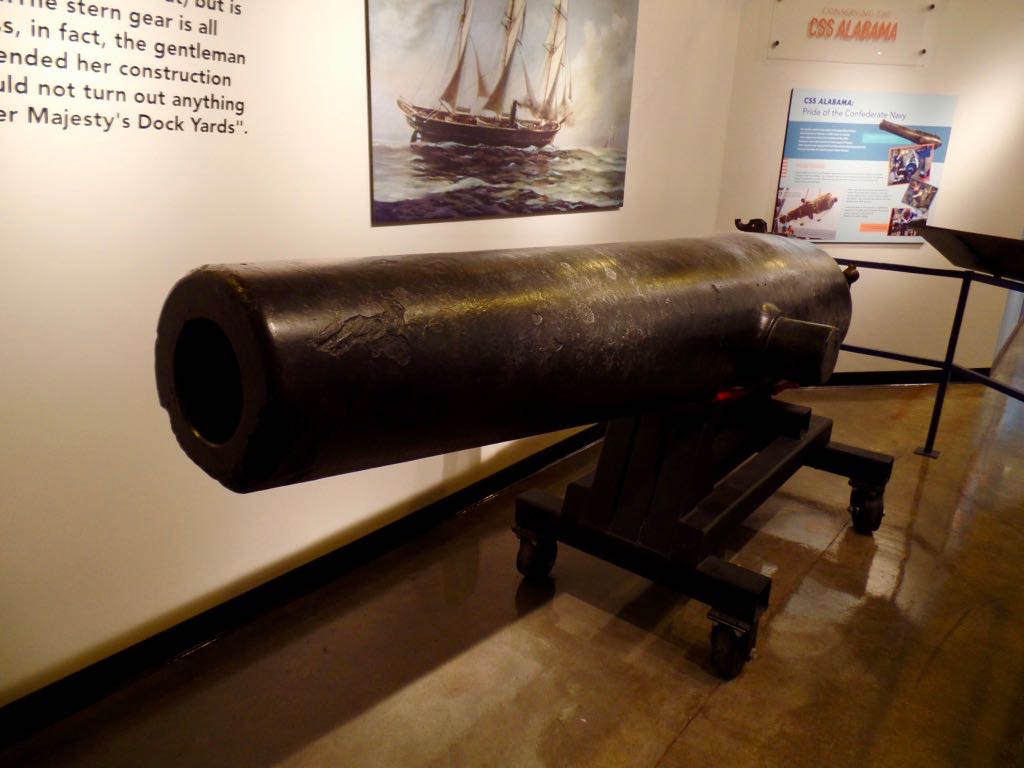 Canon from, if I'm reading this right, the slavers' ship Alabama. 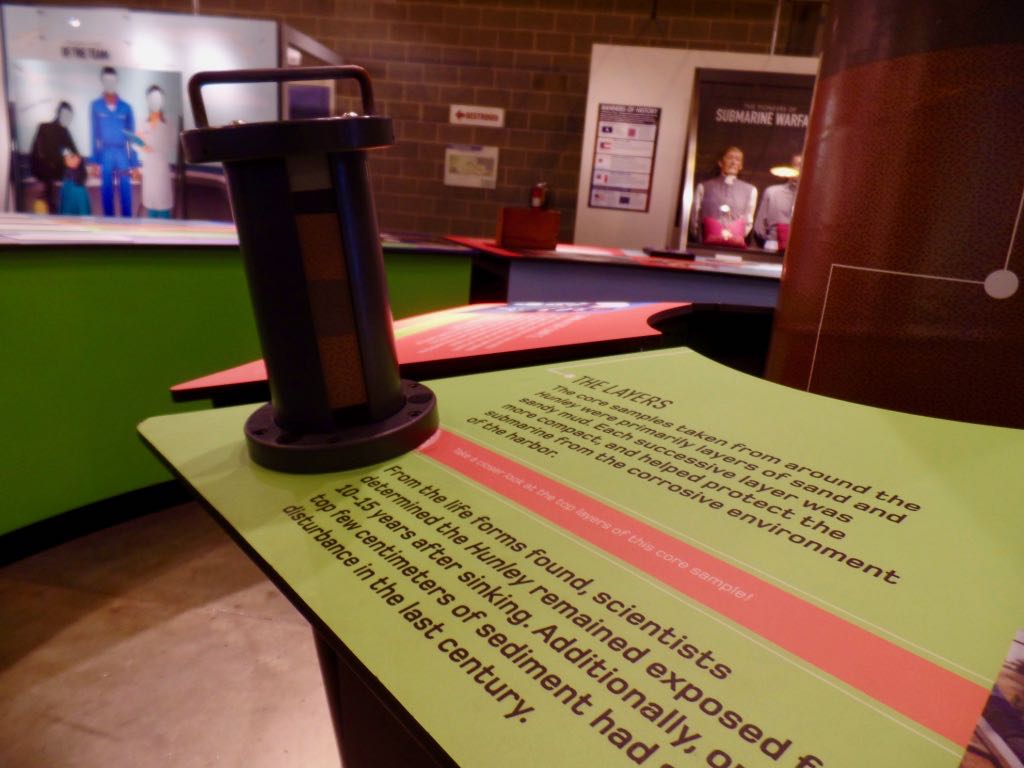 From some of the display about how the submarine was found and recovered; here's a core sample of the mud and sand that layered around it. 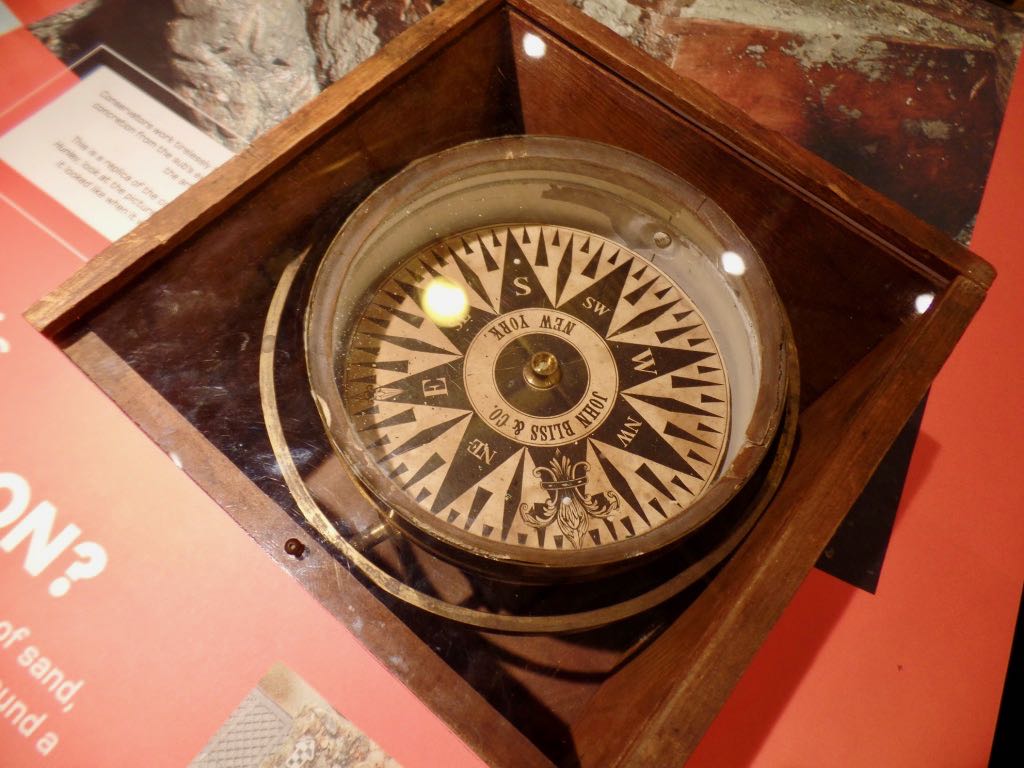 Compass for the submarine and just think what a job it must have been putting in compensating magnets to correct for the all-iron hull of the submarine. 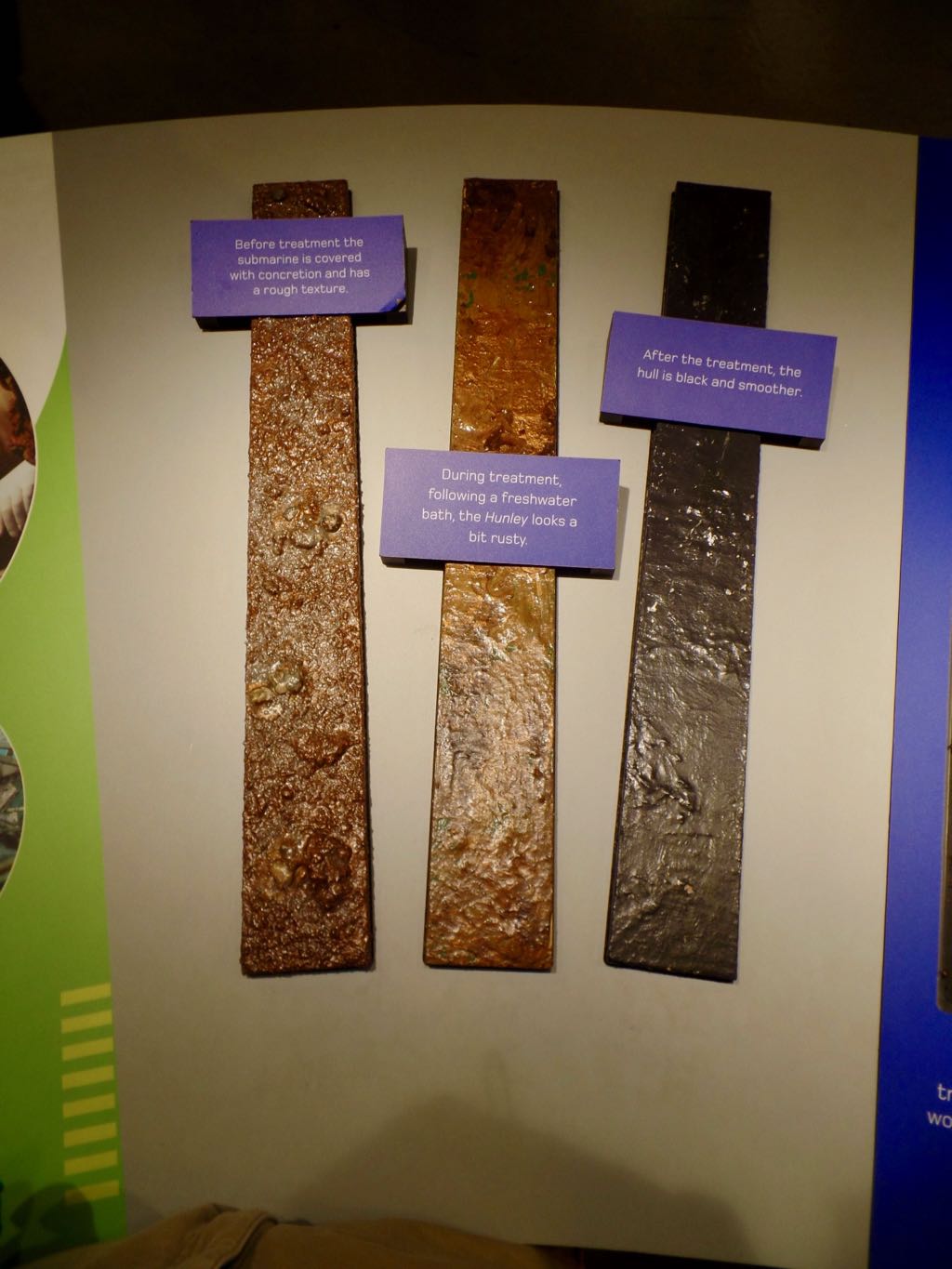 Display of a couple stages in the restoration of the submarine's hull. 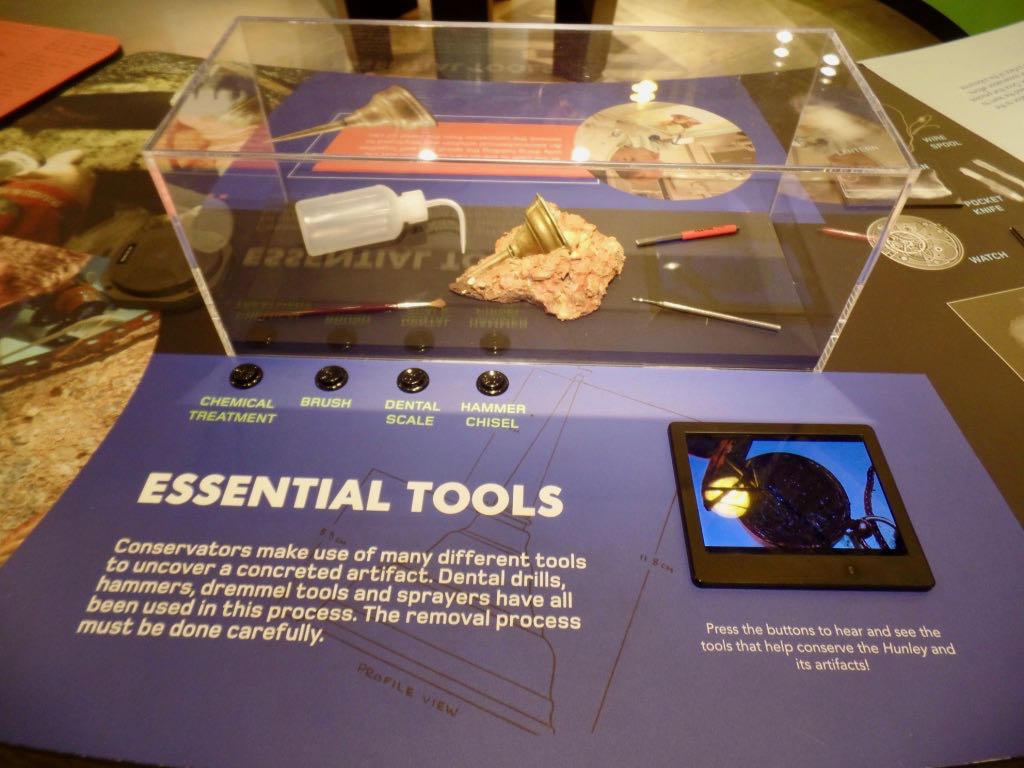 And a display of some of typical conservation tools; it's really interesting to learn how this work is done. 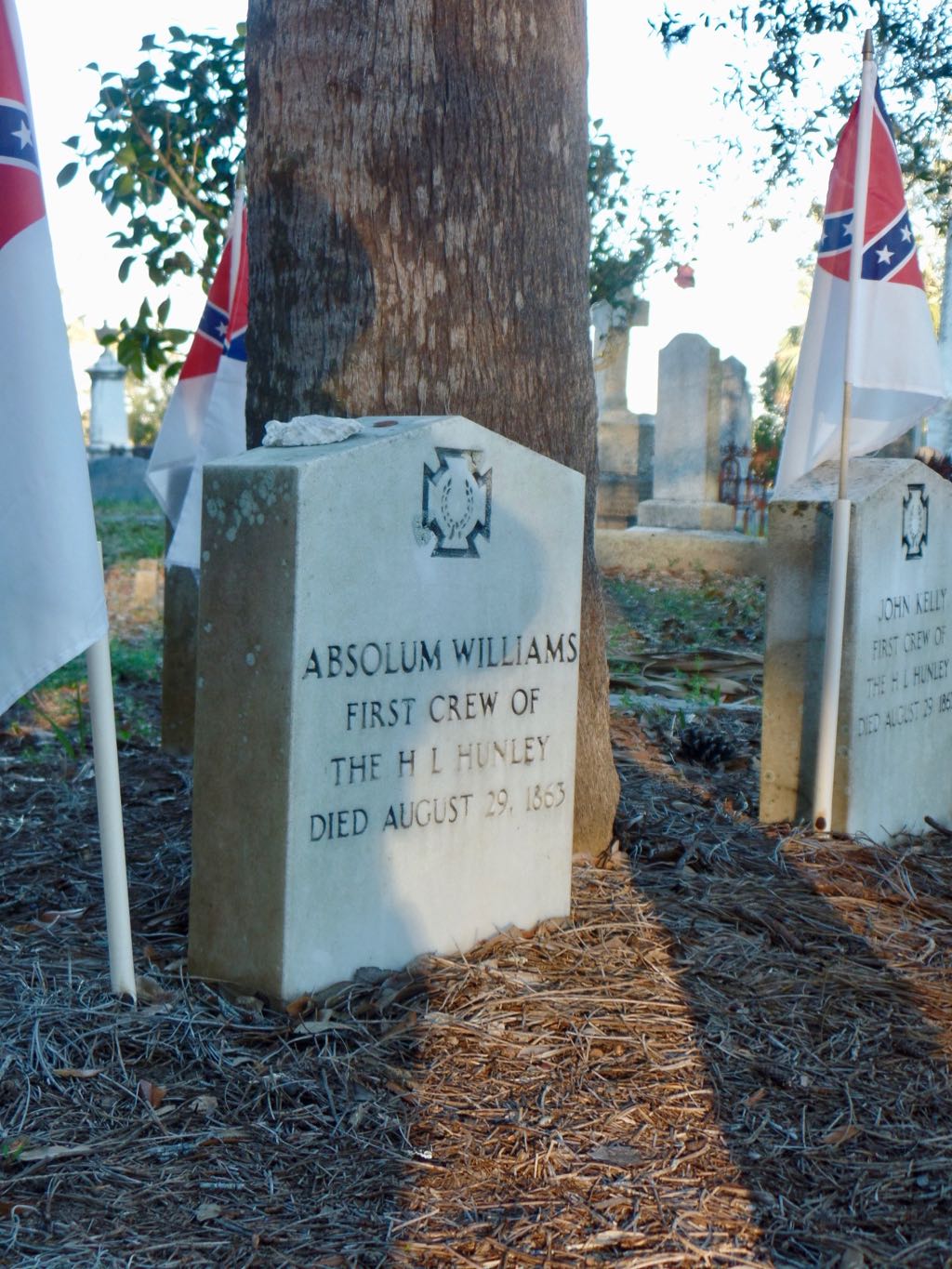 With that done, let's head not too far away to the graveyard. The Hunley kept sinking, killing those aboard, even before it went to sea, which makes its sinking in actual battle less of a mystery. 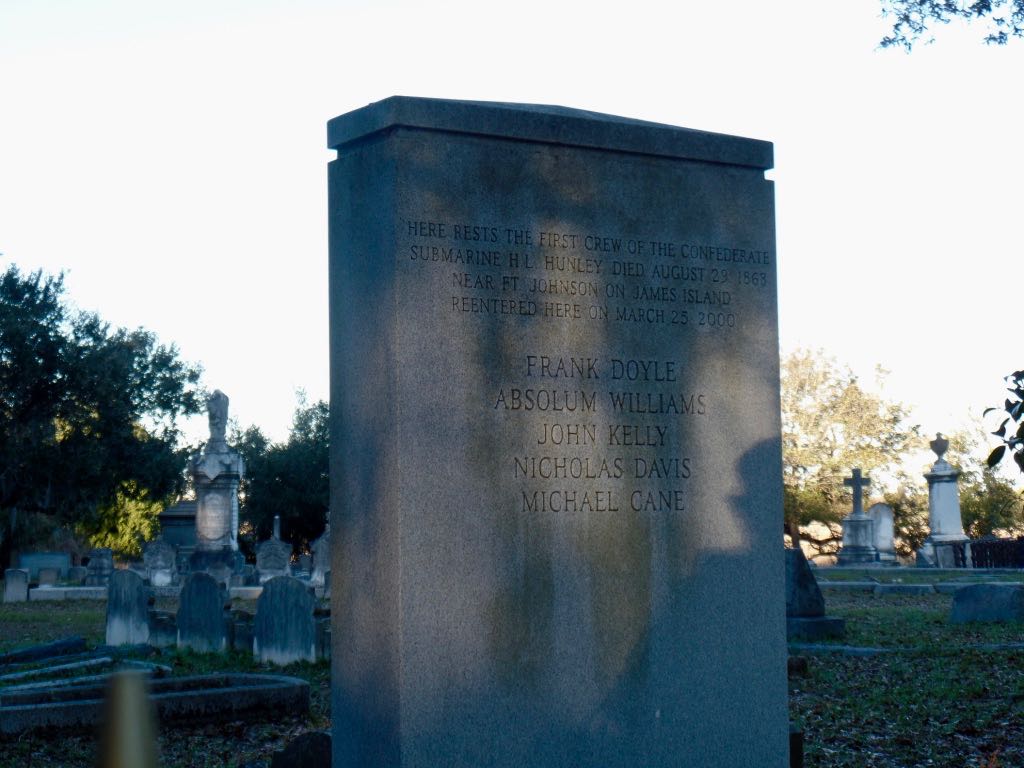 Marker noting the bodies of the first killed crew being reburied here. 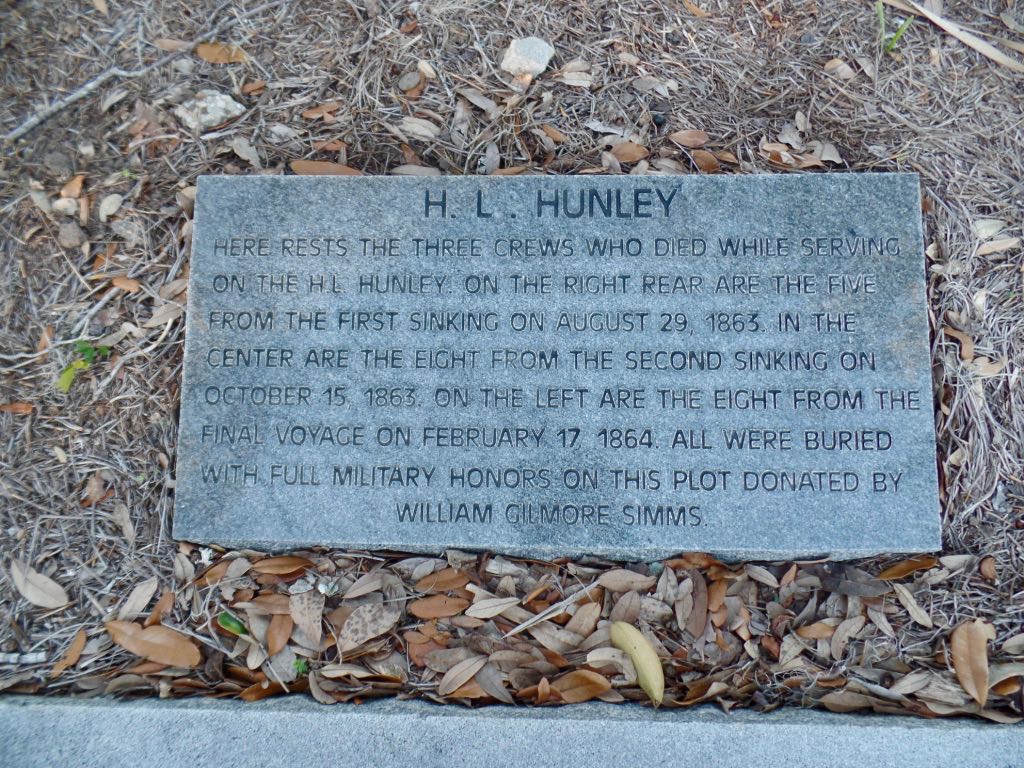 And the plaque in the ground explaining the gathering of the several crews killed in testing and its one operational voyage. I have a relative that's among the buried here, which is a strange experience for a nobody like me. To have a name that's plausibly in an (academic, at least) history, but as a sailor fighting for an unmitigatedly evil cause.

Trivia: Before the Lunar Module separated from the Command Module, the Service Module's engine did a 20.81-second burn, which lowered the orbit to 58.8 by 9.1 nautical miles. This was the first time the Service Module was used for part of the descent orbit insertion maneuver, saving propellant for the Lunar Module. Source: Apollo By The Numbers: A Statistical Reference, Richard W Orloff. NASA SP-4029.