How's my humor blog looking? Well, start of a new month, so it's got that inexplicably popular readership review, that's something. What else is there?

Now we'll close out that visit to the slavers' graveyard. And, since that was the last full day of our brief visit, close out the Charleston trip from January 2020. I know; I'm also surprised to have so few pictures of it. 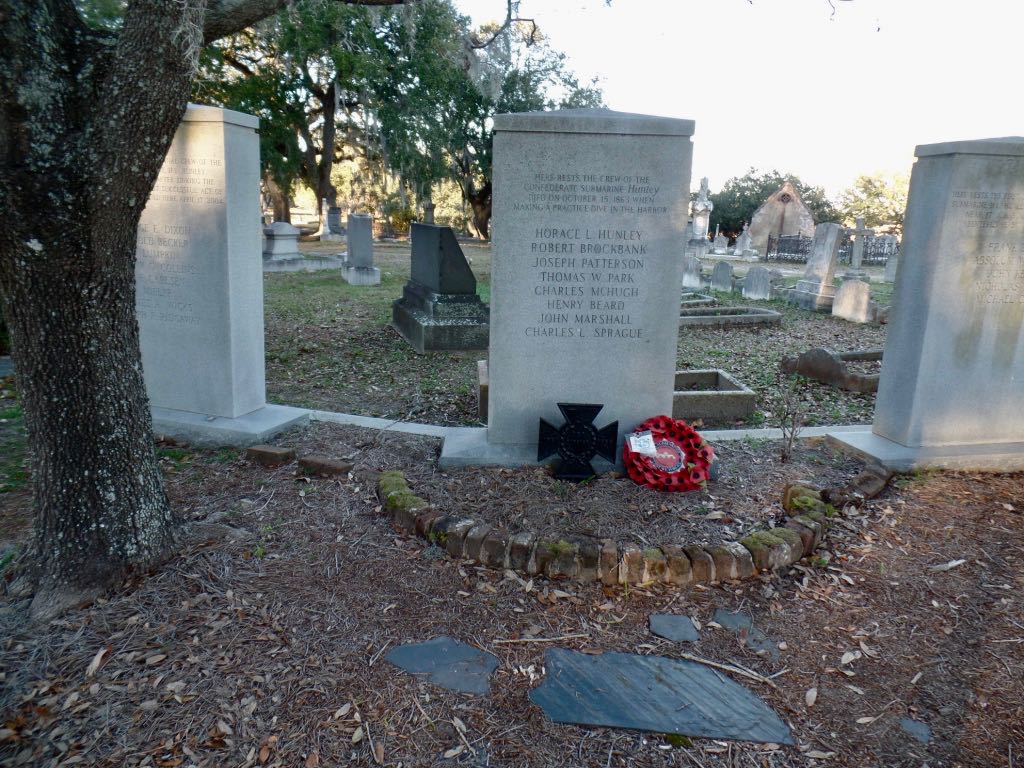 Monuments to the dead crews of the Hunley, which includes HL Hunley himself. 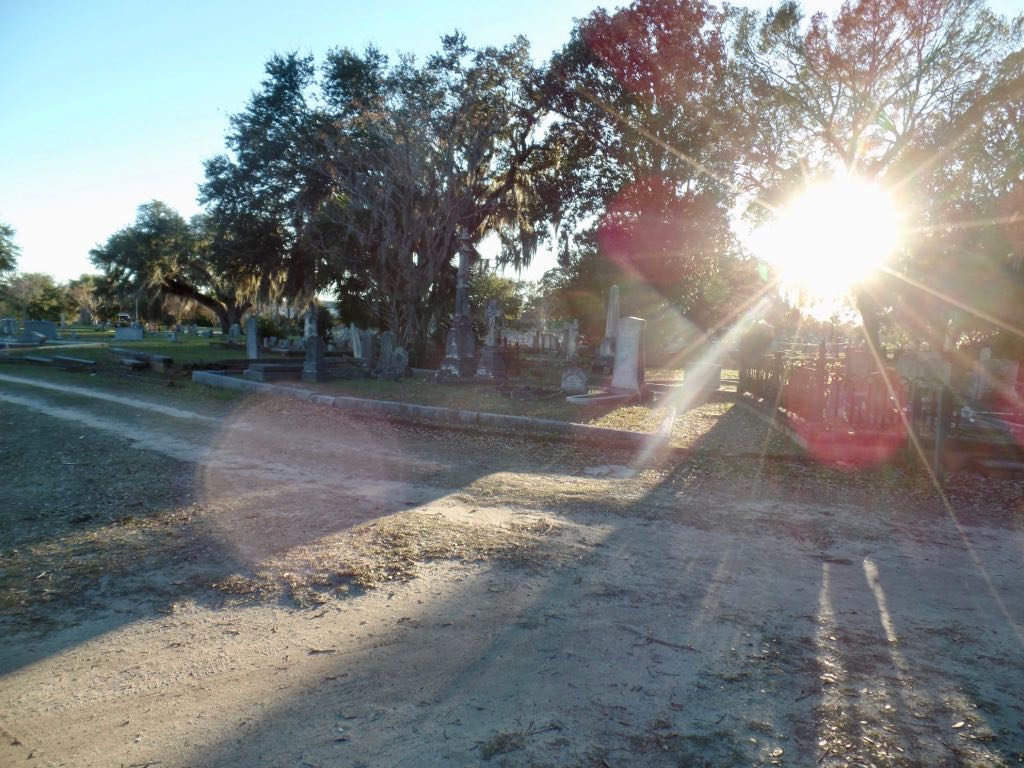 Evening view through the graveyard trees. 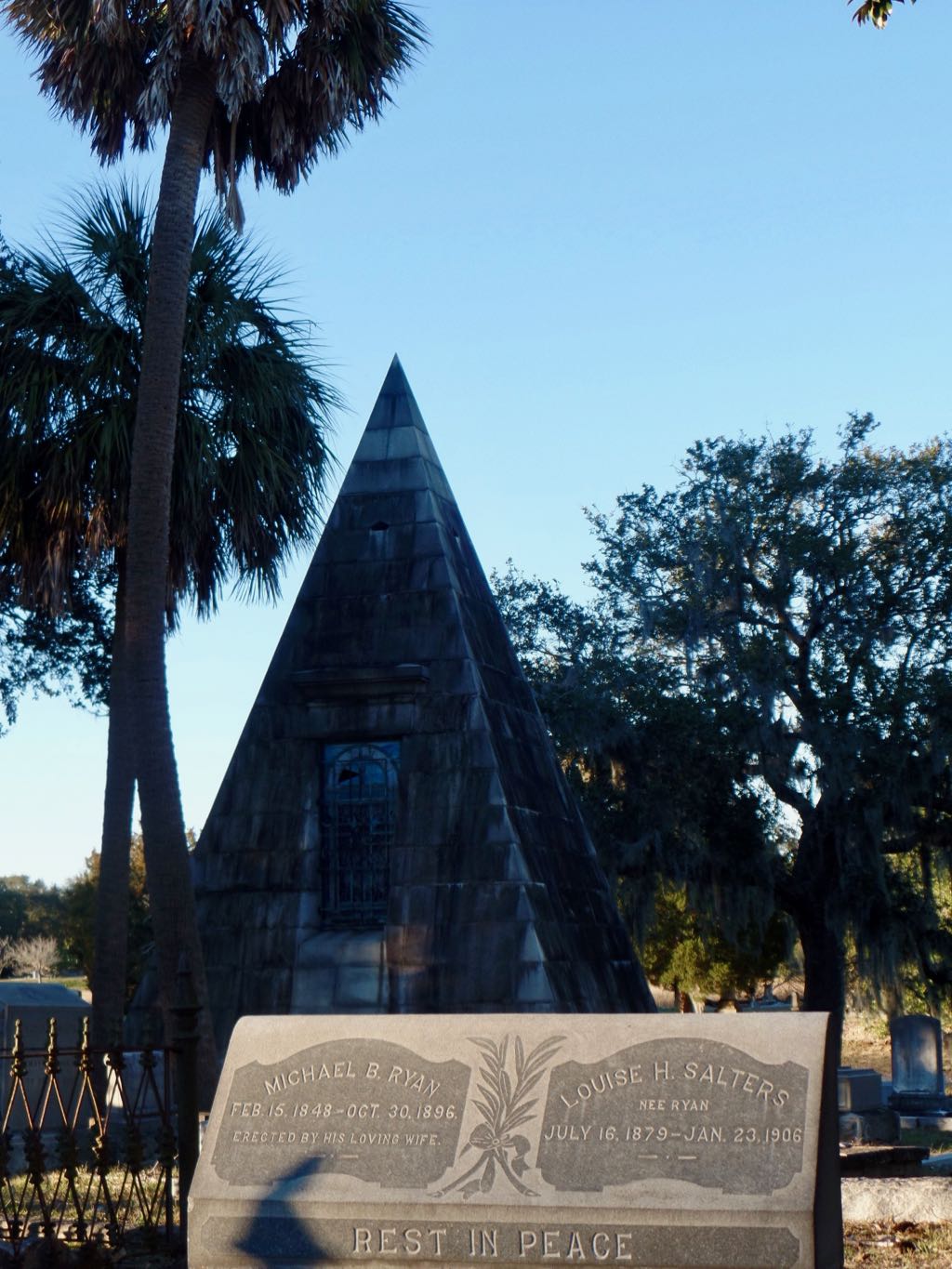 Why not build a black pyramid mausoleum? 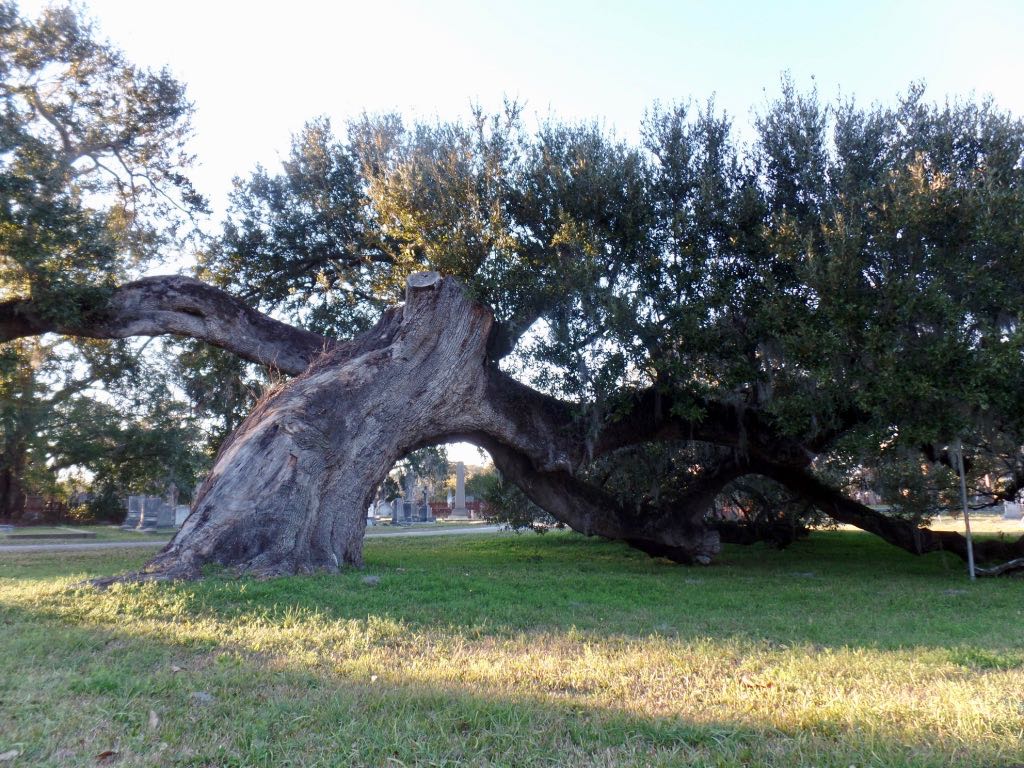 So I guess sometimes when a tree blows over in the storm it figures it can work out a plan B. 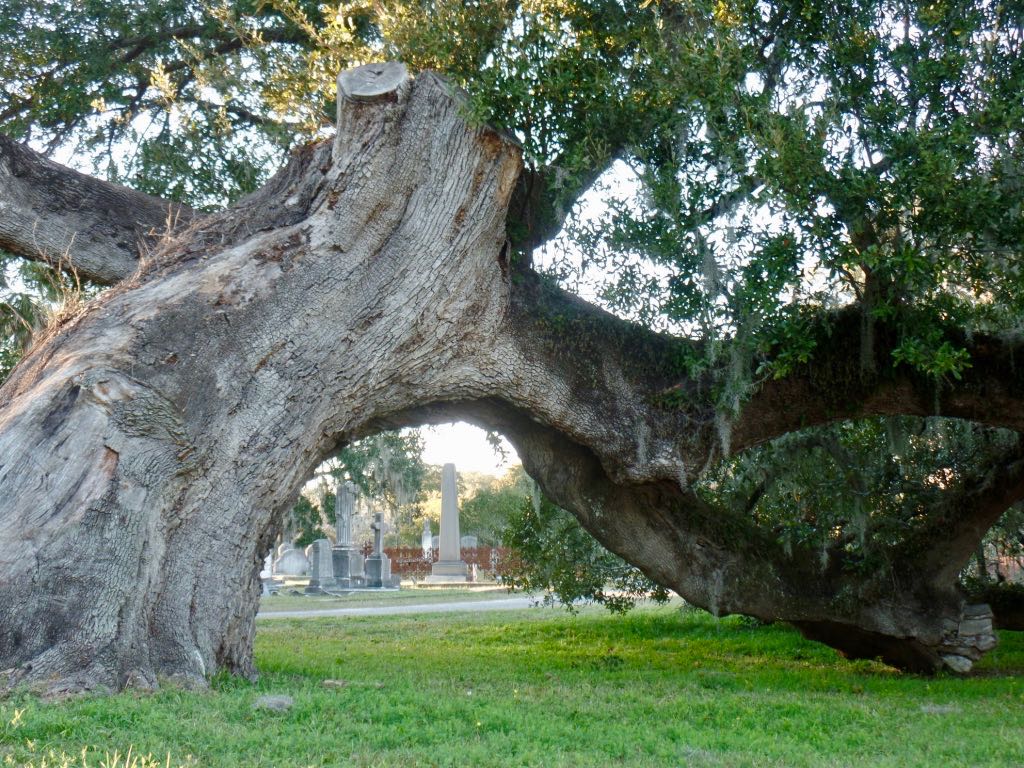 I like the natural arch the tree provides for the monuments beyond. 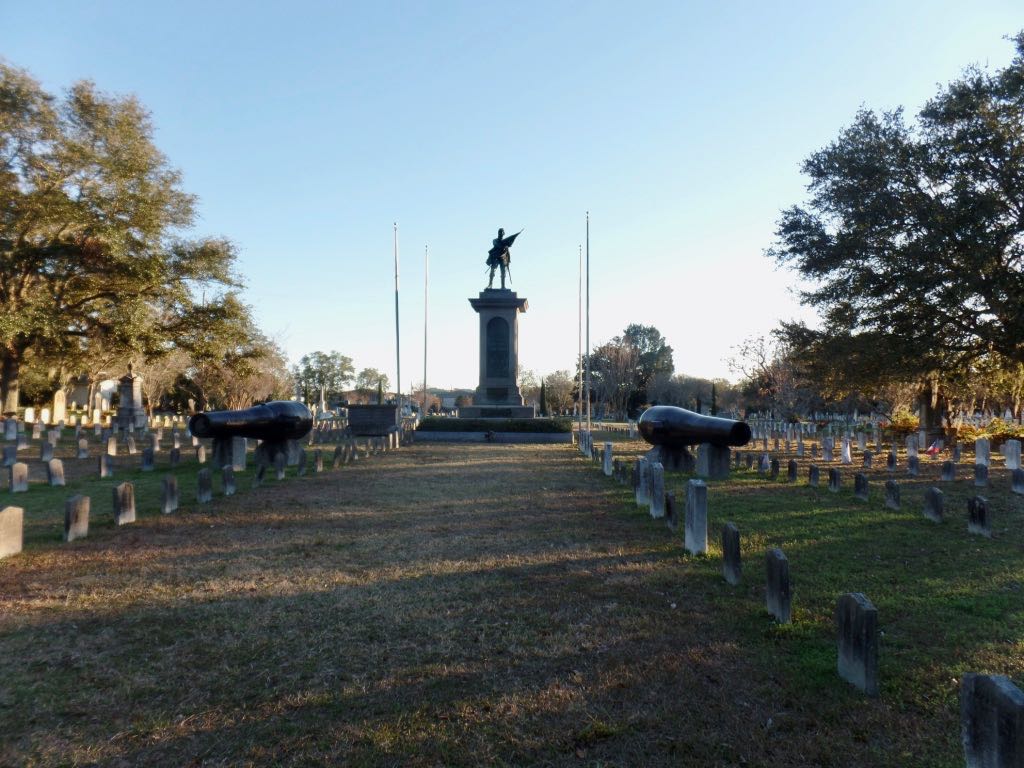 The statue and canon monuments put up in commemoration of soliders killed defending Charleston for the slavers. 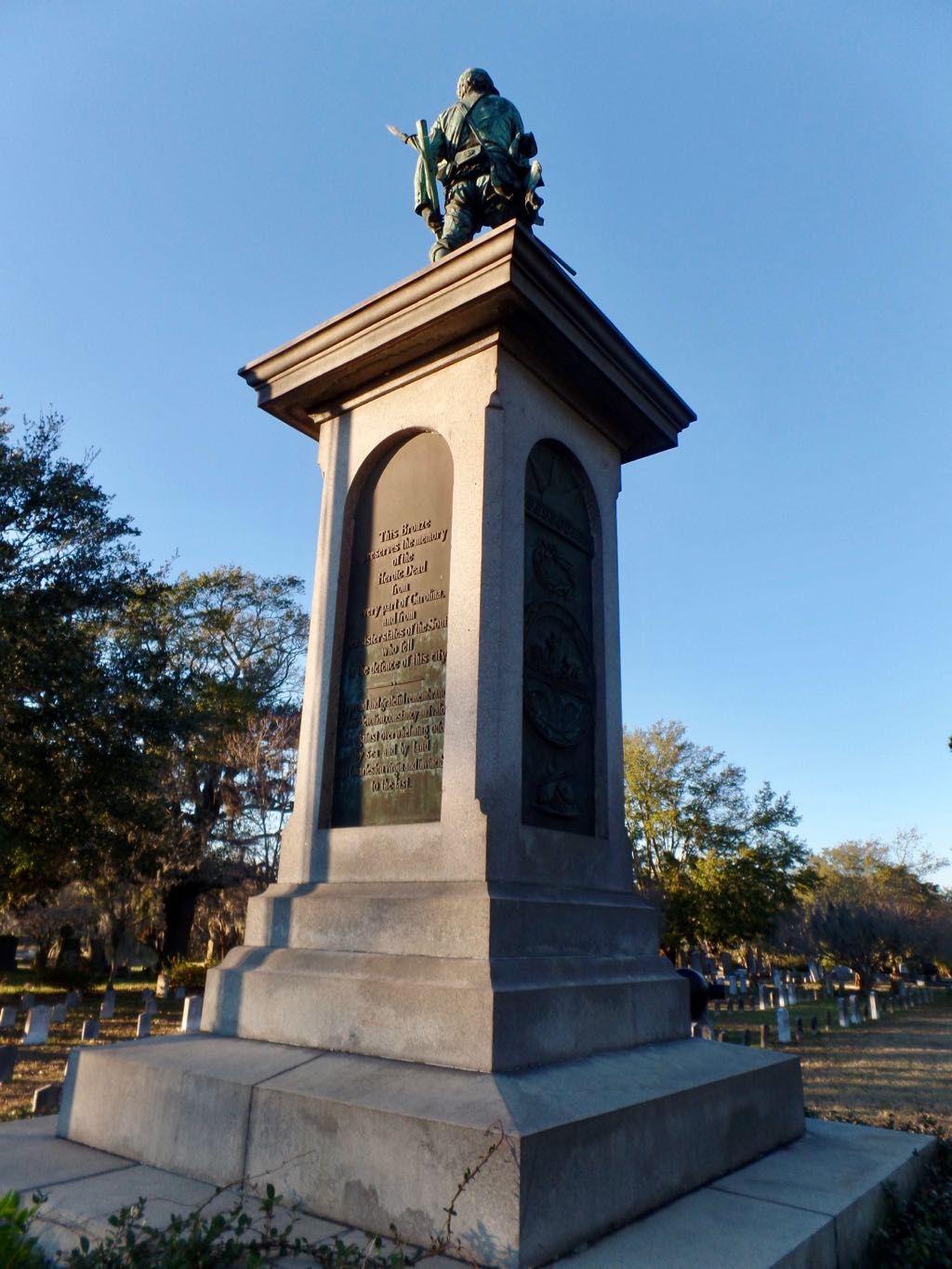 The monument, which explains itself on the left here. On the right in shadow are what look like seals of possibly the city and the state. 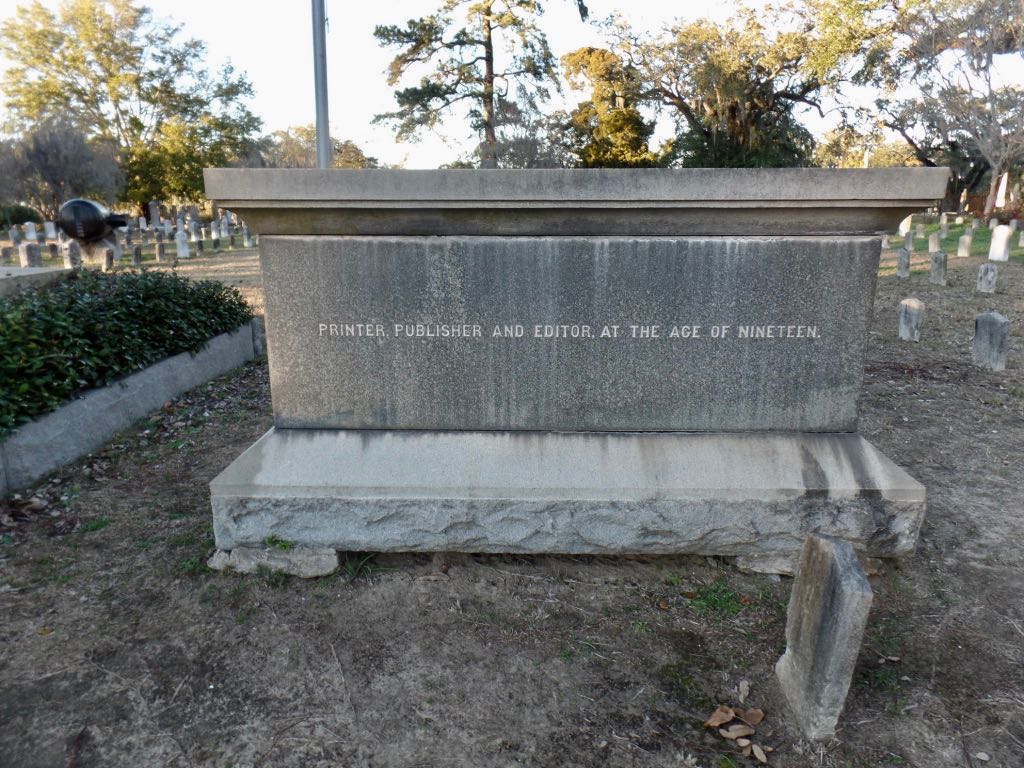 Must admit that's an impressive amount of work for that age. At nineteen I was the beat reporter for two undergraduate student governments for the leftist weekly student newspaper. 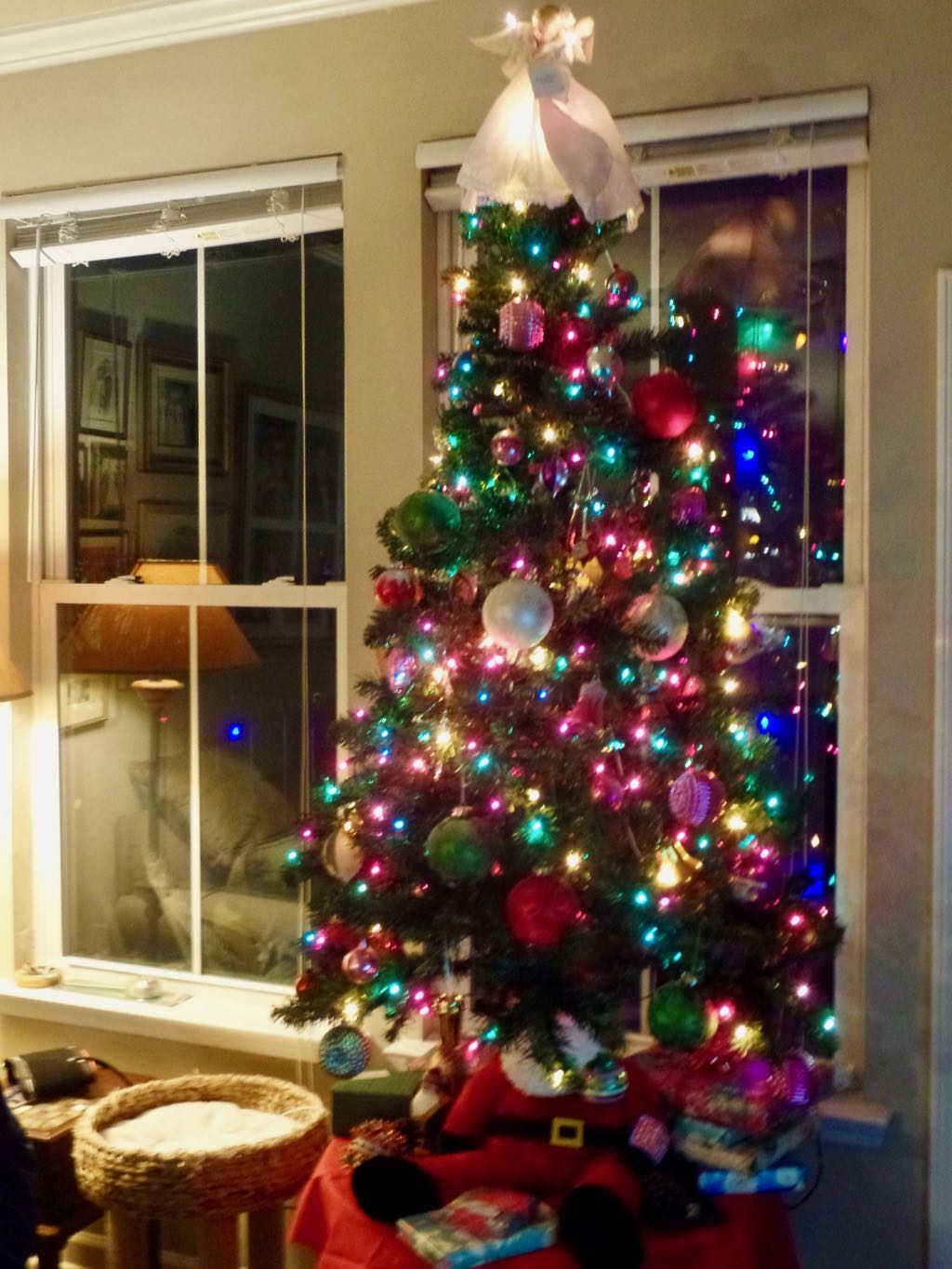 So, in the evening, our last evening visiting my parents, we exchanged Christmas presents at last. Here's the small tree my parents set up. 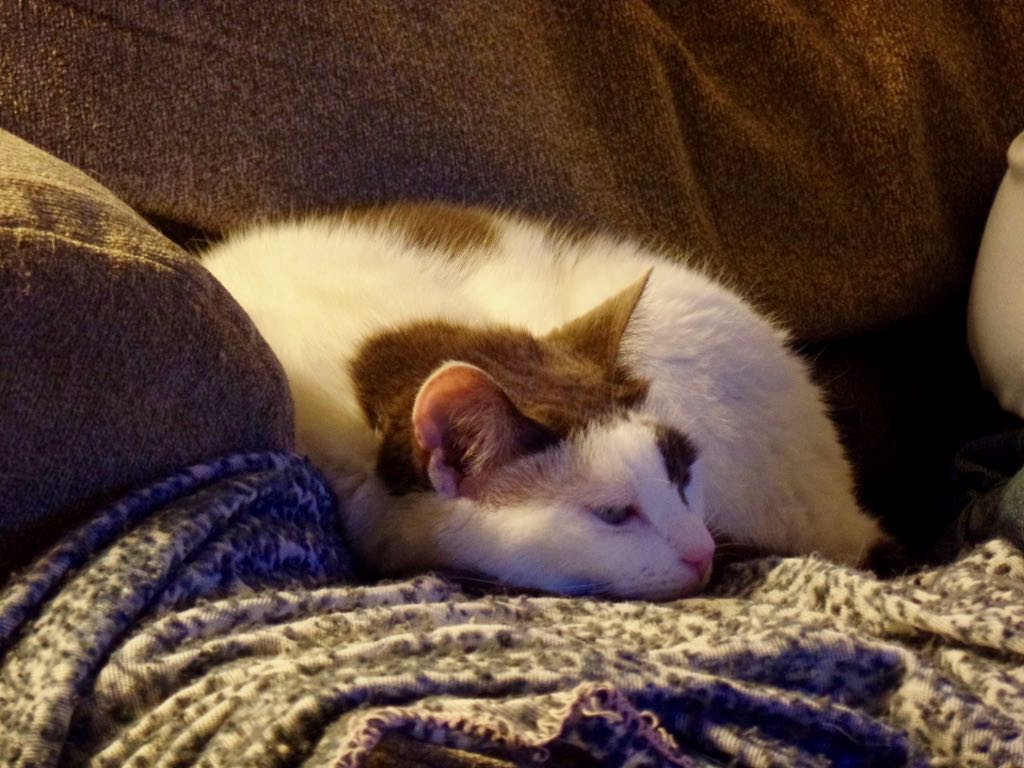 And here's their cat, the last one they expect to have. 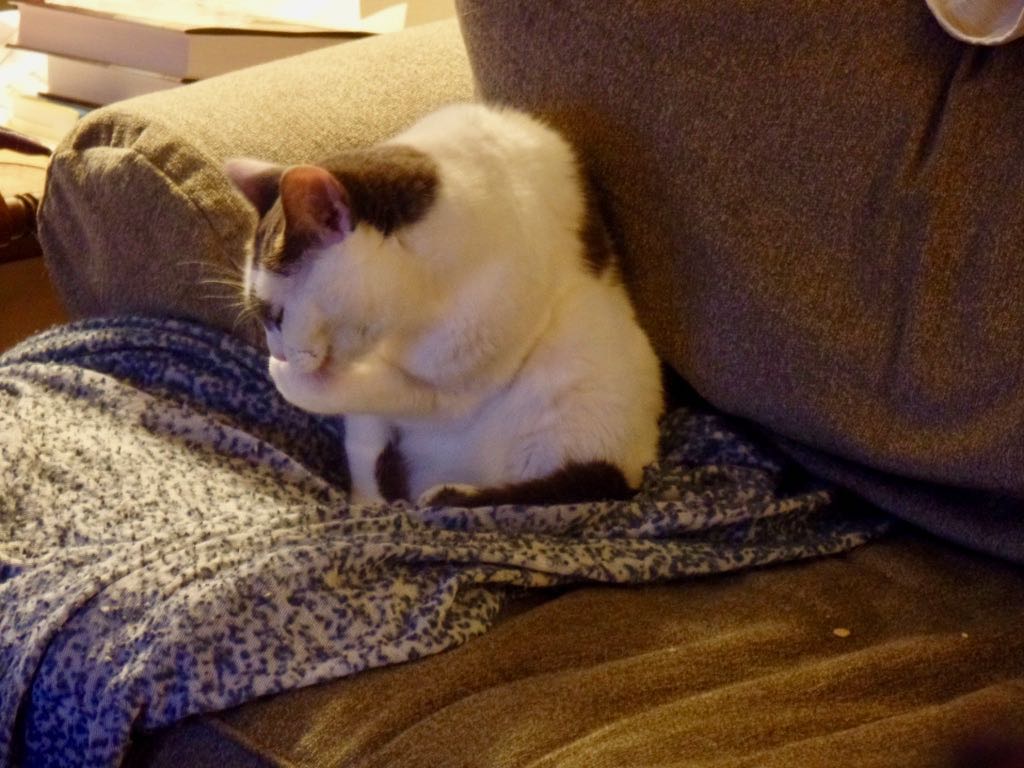 The cat licking clean. She would die about a month later; it hadn't registered to me that she had gotten that old while I wasn't looking. 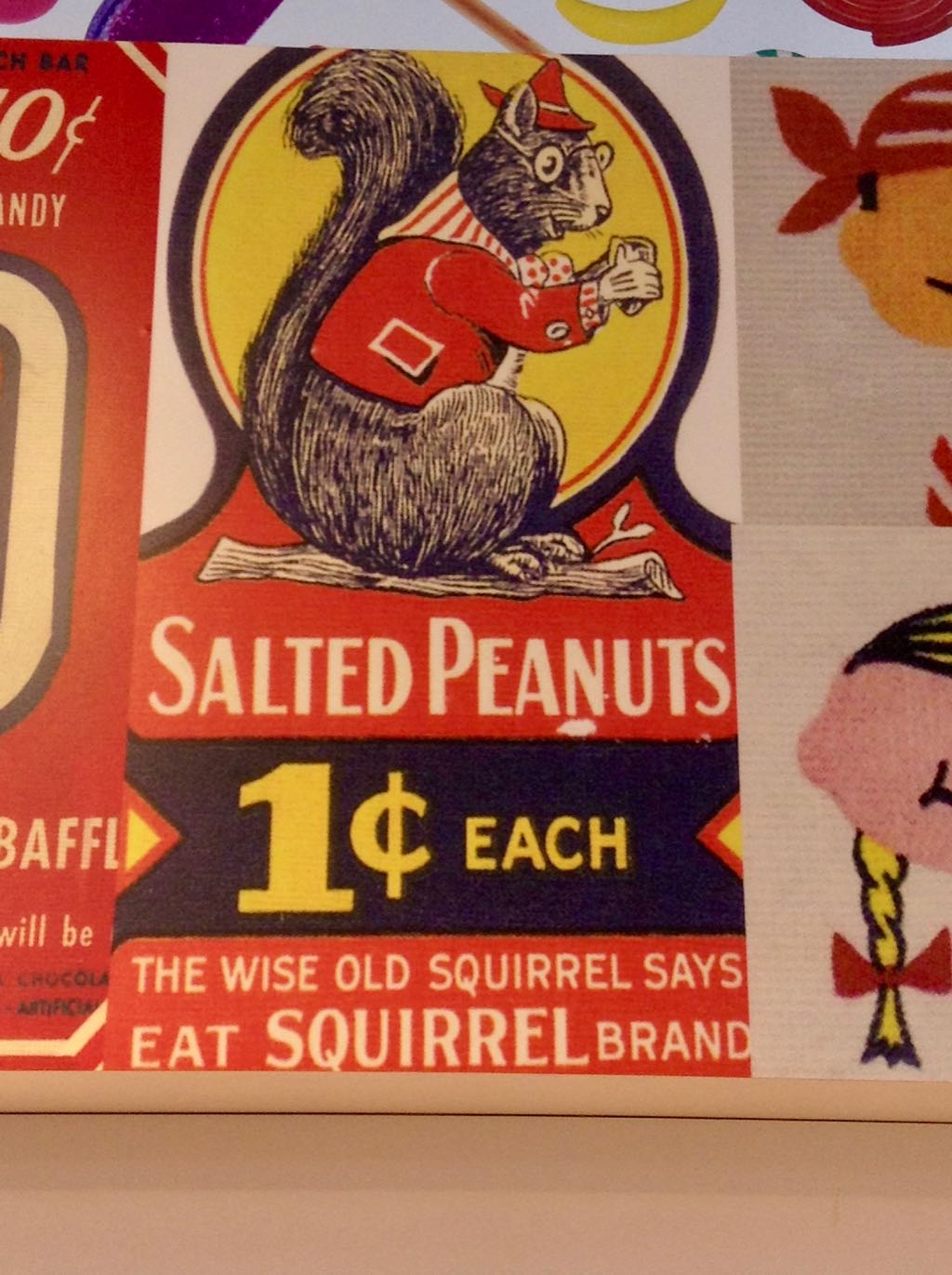 Flying home was unremarkable, although we did pass this candy shop that had vintage snack advertisements including this fascinating old sign we can't explain.

Trivia: The Apollo 14 Lunar Module had about 70 seconds of firing time remaining when it landed on the Moon. Source: Apollo By The Numbers: A Statistical Reference, Richard W Orloff. NASA SP-4029.