You can't judge one by lookin' at the other

If things were right we'd probably have spent today arguing about whether to drive to Marvin's. First Friday of the month and all. But also a pretty substantial snowstorm. There's almost no chance

bunny_hugger would have driven up to campus for the department meeting, and it would be hard to argue that it was safer to drive at night, at least as long, to somewhere as dense and trafficky as Marvin's, even if it would be almost all on the Interstate and the snow would have mostly stopped before we'd set out. But it probably would have been the last or next-to-last meeting of the season, and making it to A Division might well depend on it. And they'd probably be having the launch party for Stern's newest pinball machine, Led Zeppelin For Some Reason. I bet we'd have gone, telling ourselves that we would turn back the moment the roads looked too nasty for us. Might even have taken

bunny_hugger's car, with the snow tires, as much as I'm usually the driver to pinball events.

If things were right.

So after flying home from Charleston, I had a full day at home and then ... flew back out again, this time to New Jersey for work. Since this was a proper work trip there's not a lot of photographs because, like, there's only so much interesting stuff to say about a Wawa, but I was able to get to some things worth photographing when not at work. For a rare change, these are all iPod photographs. I guess I wasn't thinking that I might want a real camera and, of course, the camera you have is better than none at all. But, sorry they're only better than none at all. 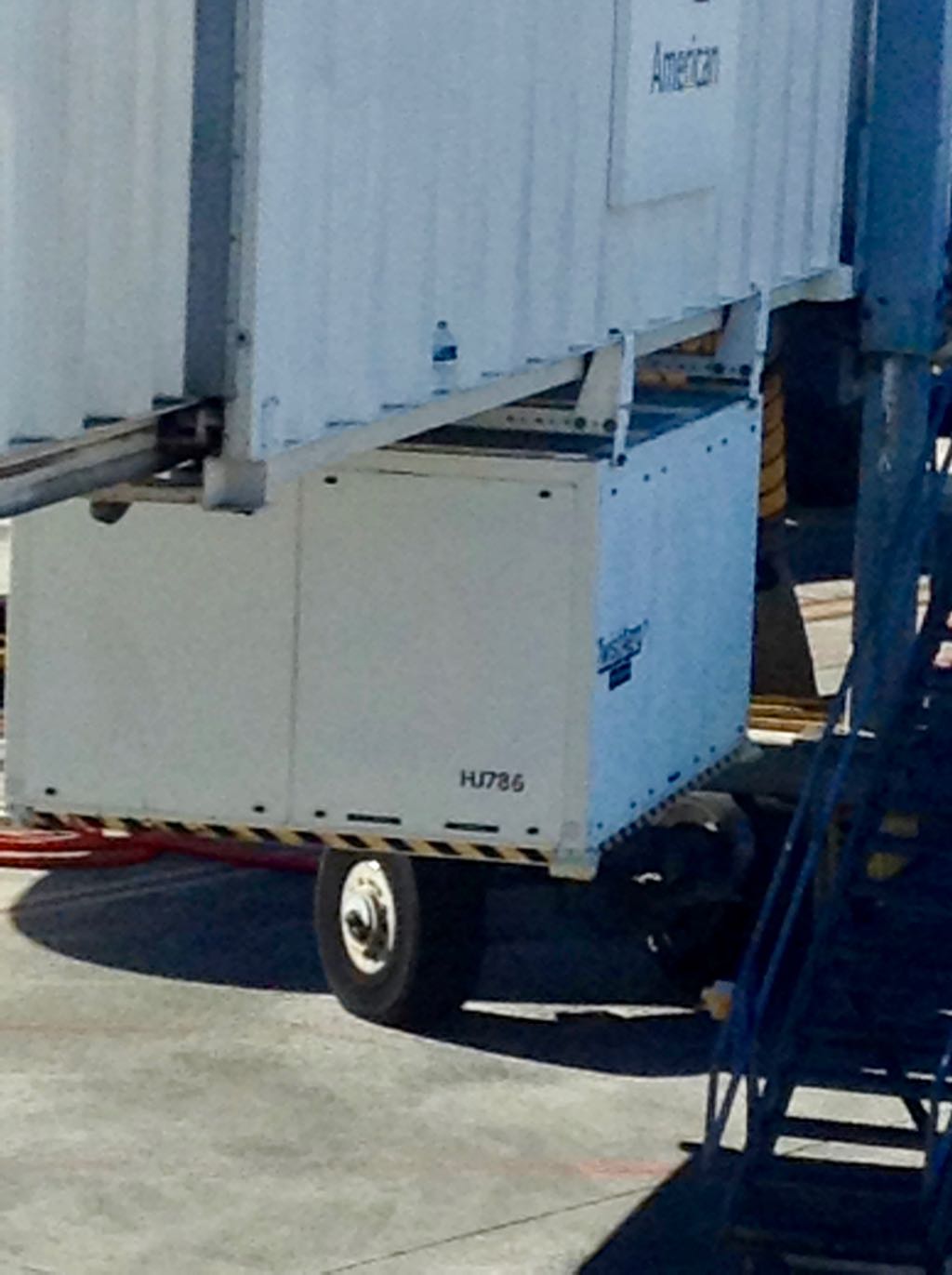 Oh, yeah, one thing from our flight back from Charleston, though. We noticed this water bottle put down for safekeeping on the outside of the jetway where you can't get it without the ladder. Don't know what's going on there. 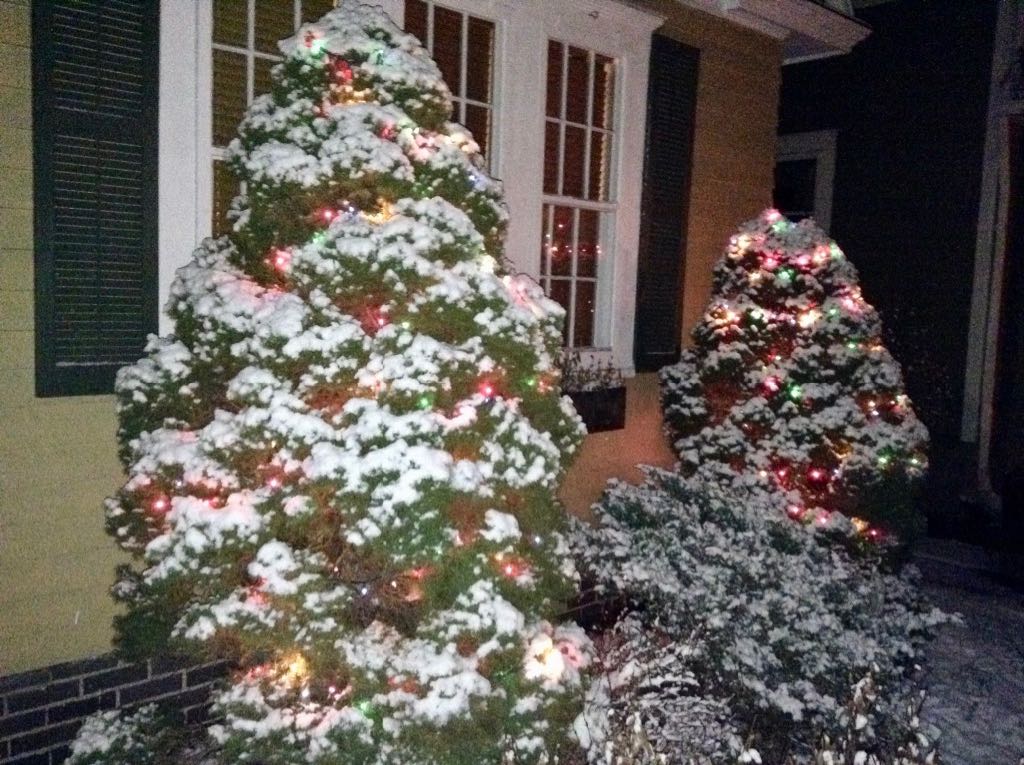 A look at our outdoor Christmas lights, nicely covered by the snow. My leaving right away meant it'd be

bunny_hugger's task to take them down, as we didn't leave the up through Candlemas for 2020. 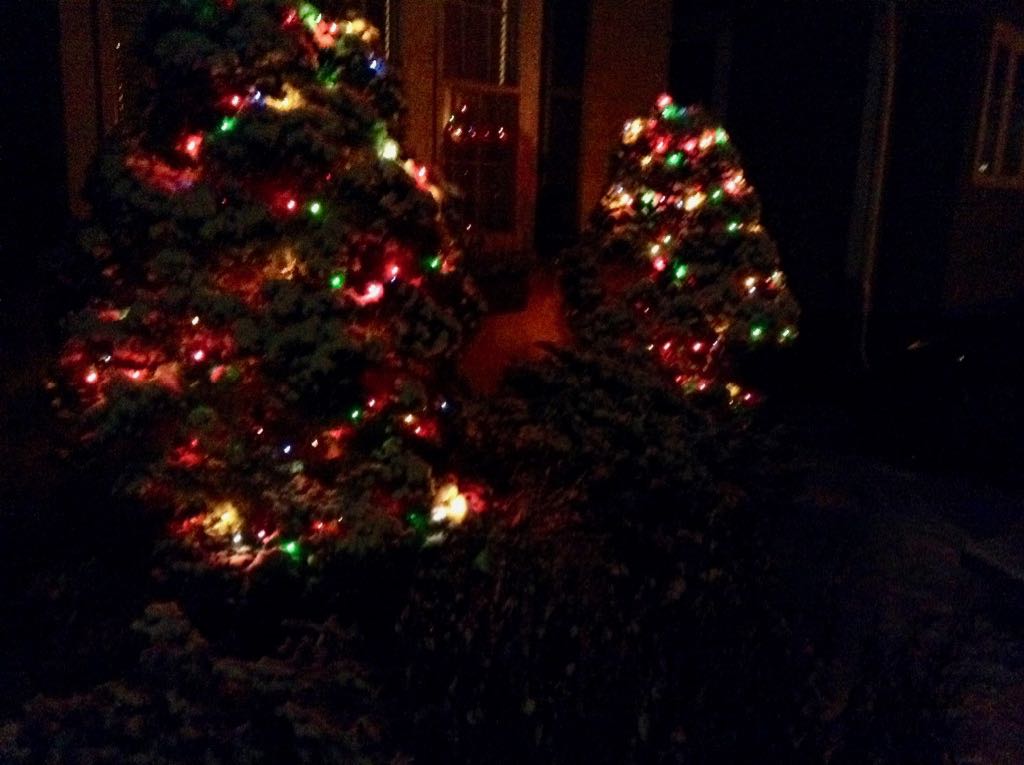 The lights as they look without a flash photograph. 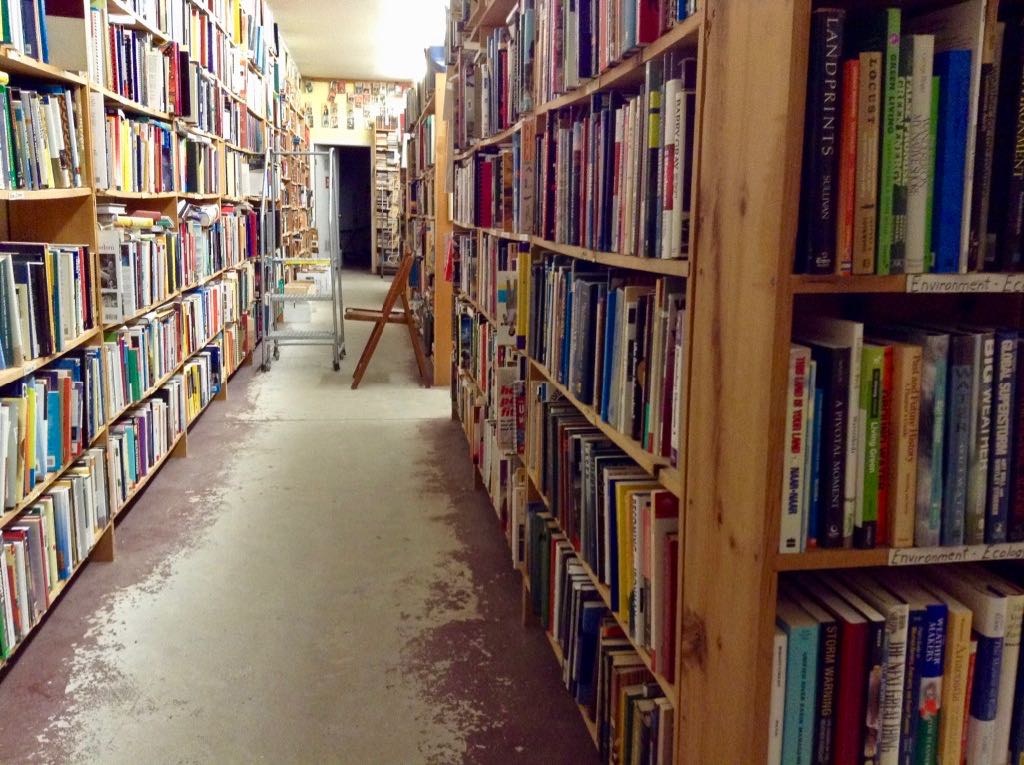 On to New Jersey! I couldn't go back without at least stopping in at The Book Garden. It's a fine used book store even if it does break the industry standard by having aisles between the shelves wide enough, and kept free enough of clutter, that the place is accessible to people with mobility issues. 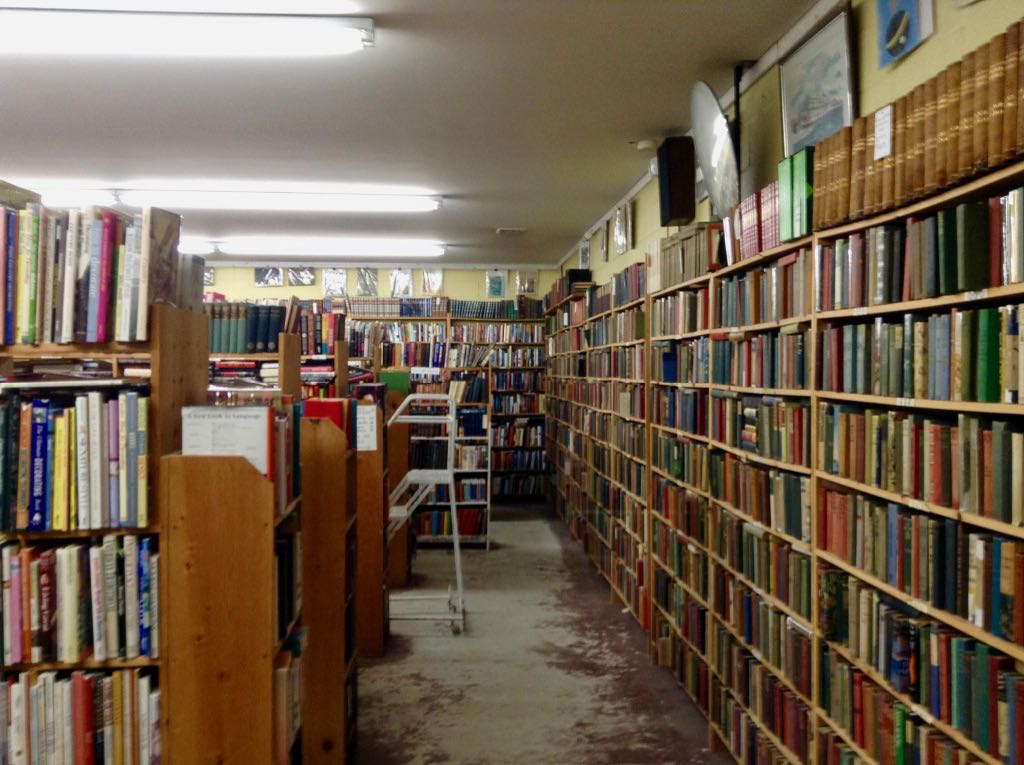 The far back wall of the Book Garden, which is a warehouse-size building in New Egypt, New Jersey. 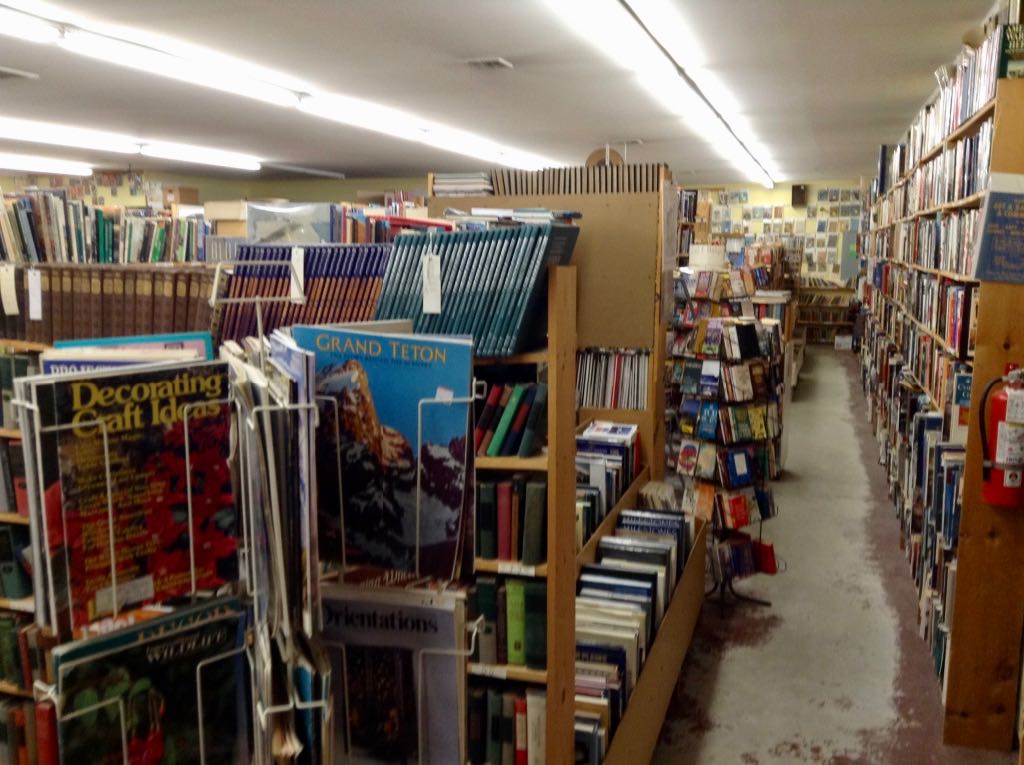 Looking from about halfway back, towards the front; have to appreciate that rack of miscellaneous magazines. The books bagged and hung on the wall in the far background there? Mad Magazine paperbacks. 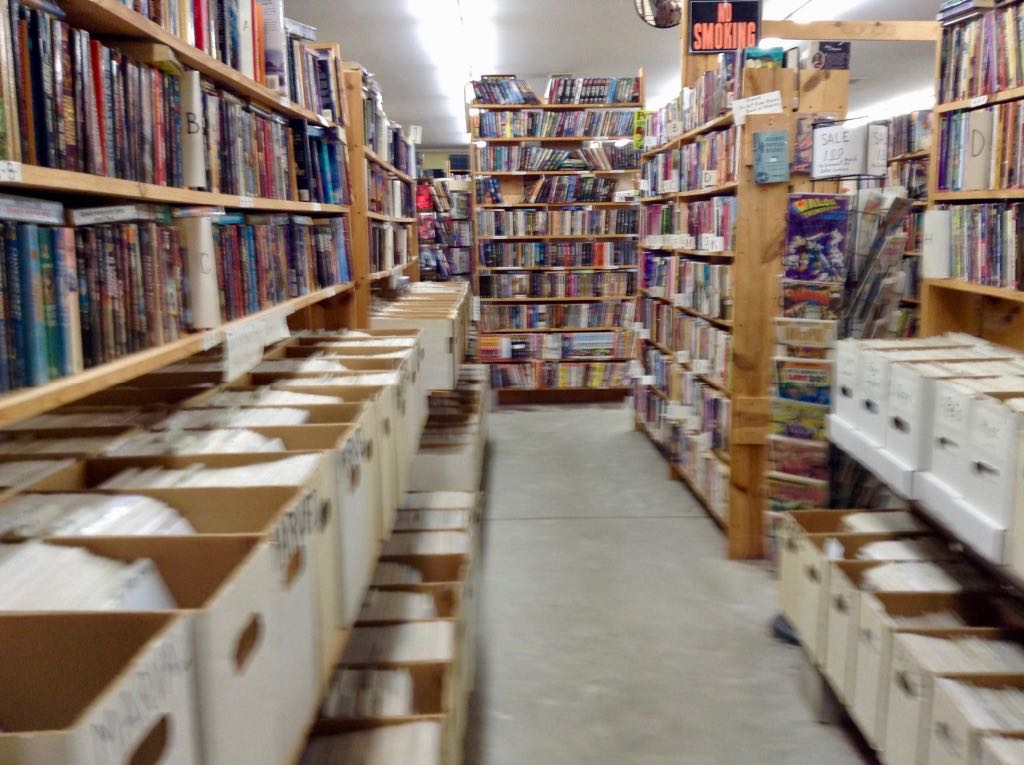 And here from the science fiction section looking back. Also, they have comic books. 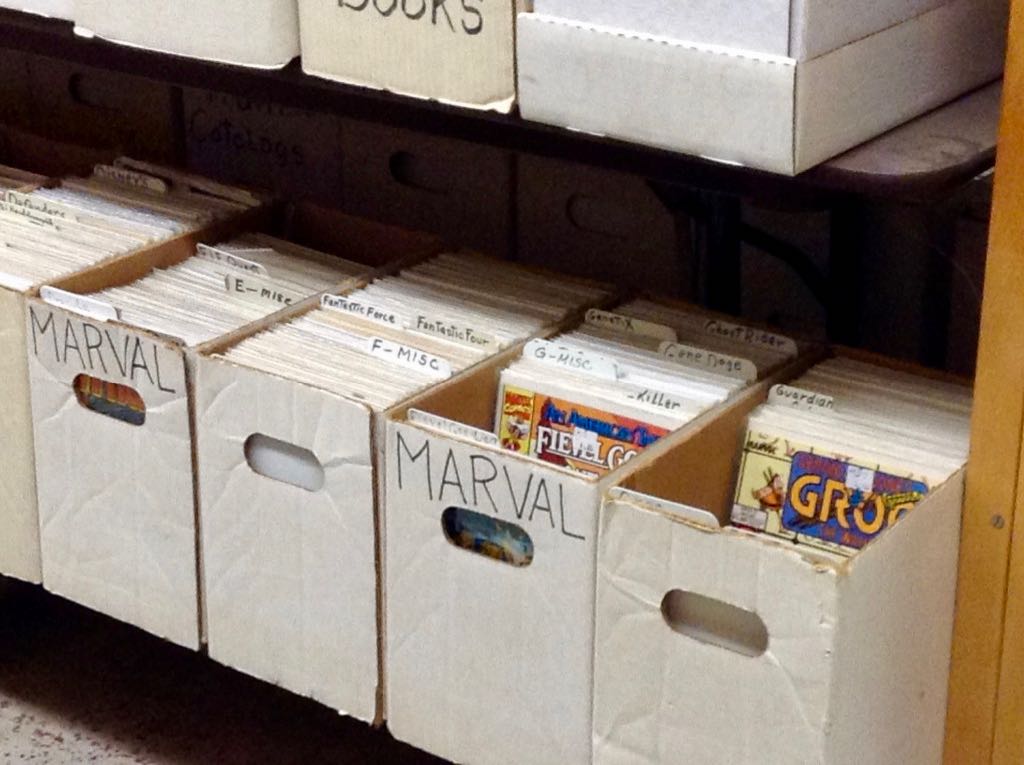 Yes, I thought about getting the comic book adaptation of An American Tale II: Fieval Goes West, as adapted by Marval Comics. 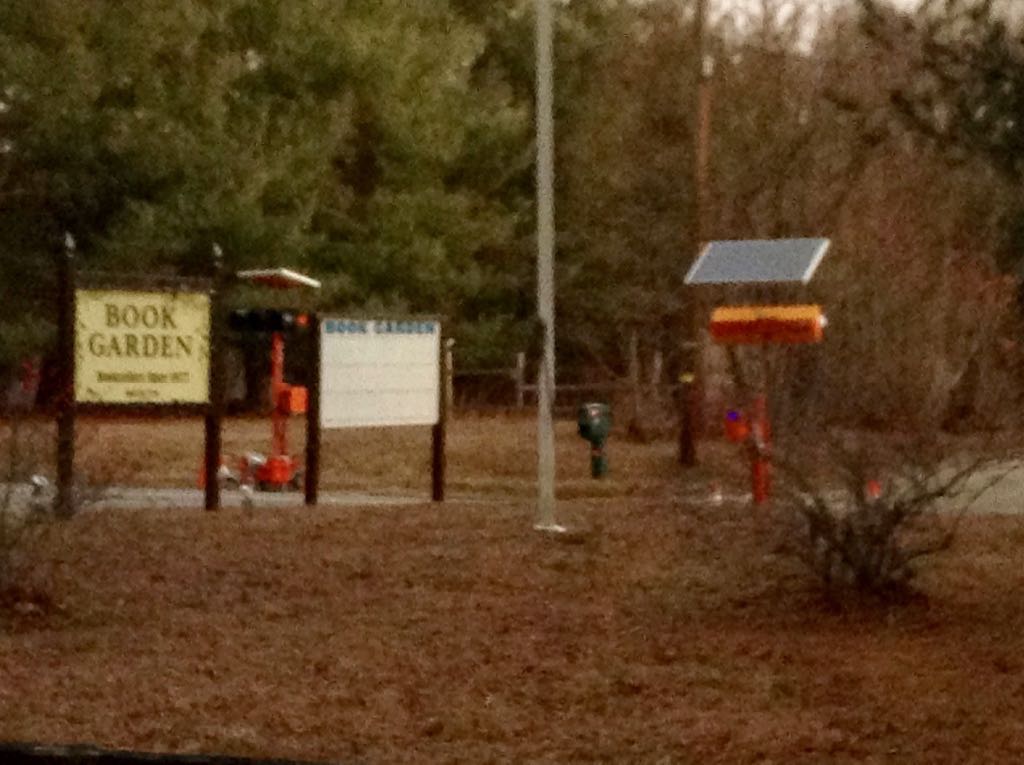 Two of the signs for the Book Garden out on the highway. The signs are somehow abundant yet hard to actually see from the road; even after thirty years of going there regularly I'm always taken by surprise coming across it. 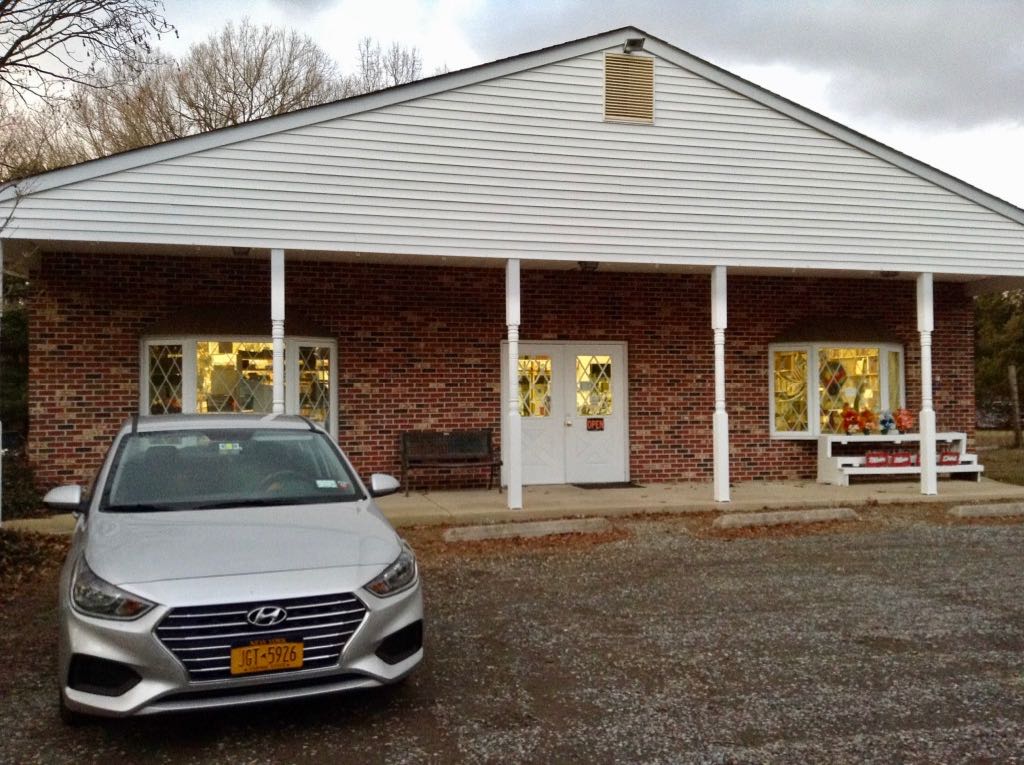 And here, the front of the store, which was still decorated for Christmas. I think I was the last customer of the day. 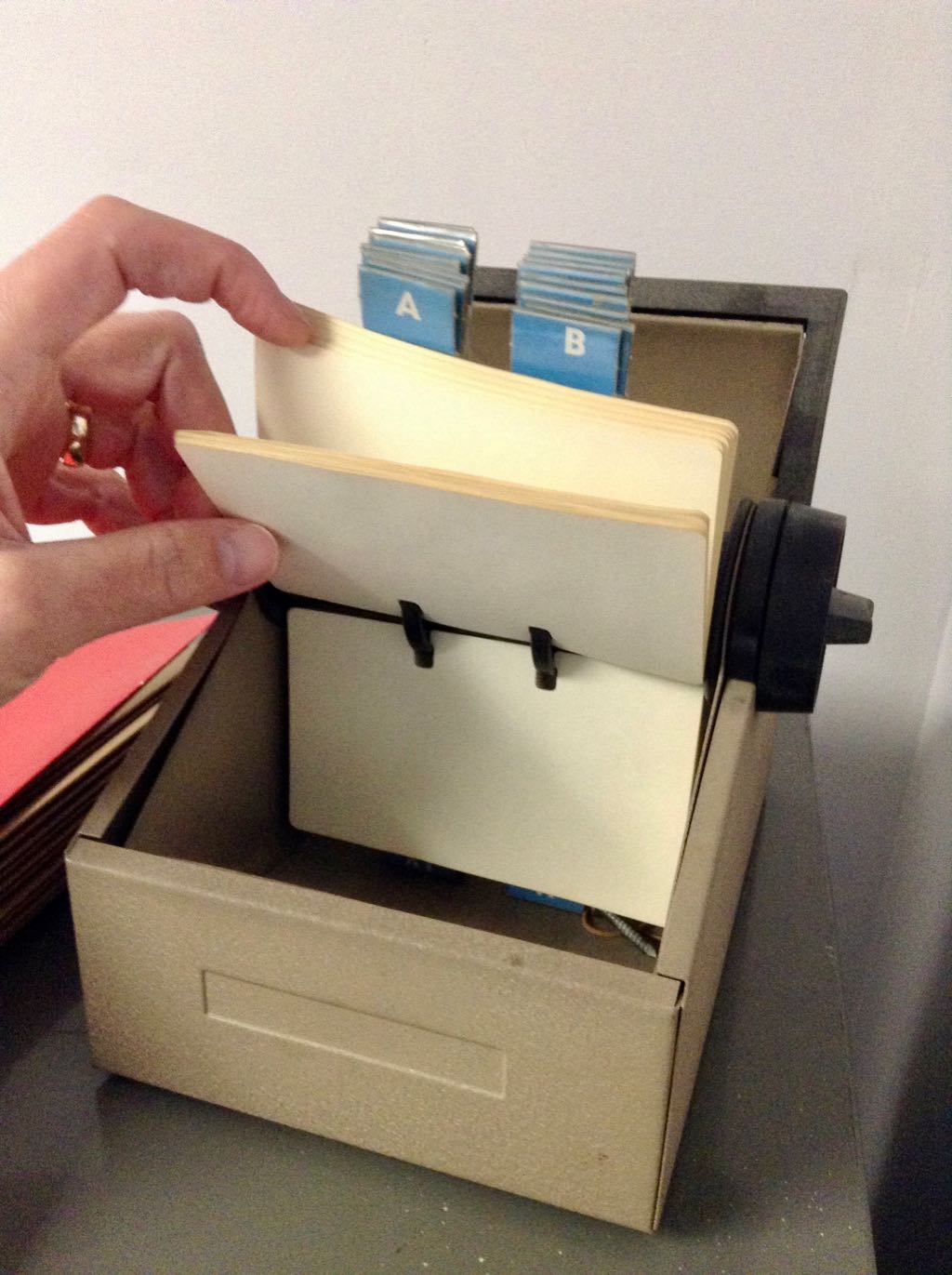 OK, so one photo from work. In one of the offices I noticed a Rolodex and had to bring its memory to you all, eventually. As far as I could tell all the pages were blank.

Trivia: The Apollo Lunar Surface Experiments Package was set up about 500 feet west of the Apollo 14 Lunar Module. The laser-ranging retrorefector was set up another 100 feet farther west yet. Source: Apollo By The Numbers: A Statistical Reference, Richard W Orloff. NASA SP-4029.